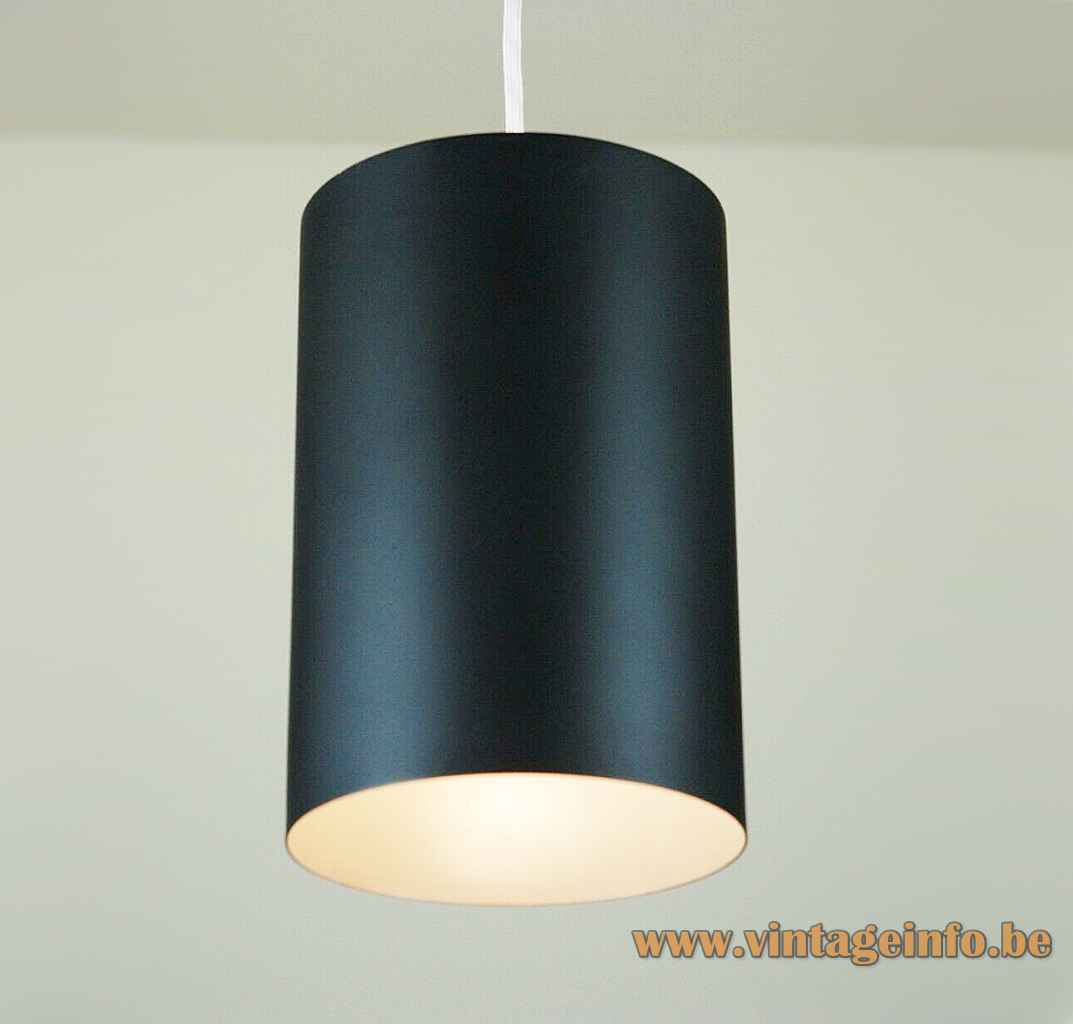 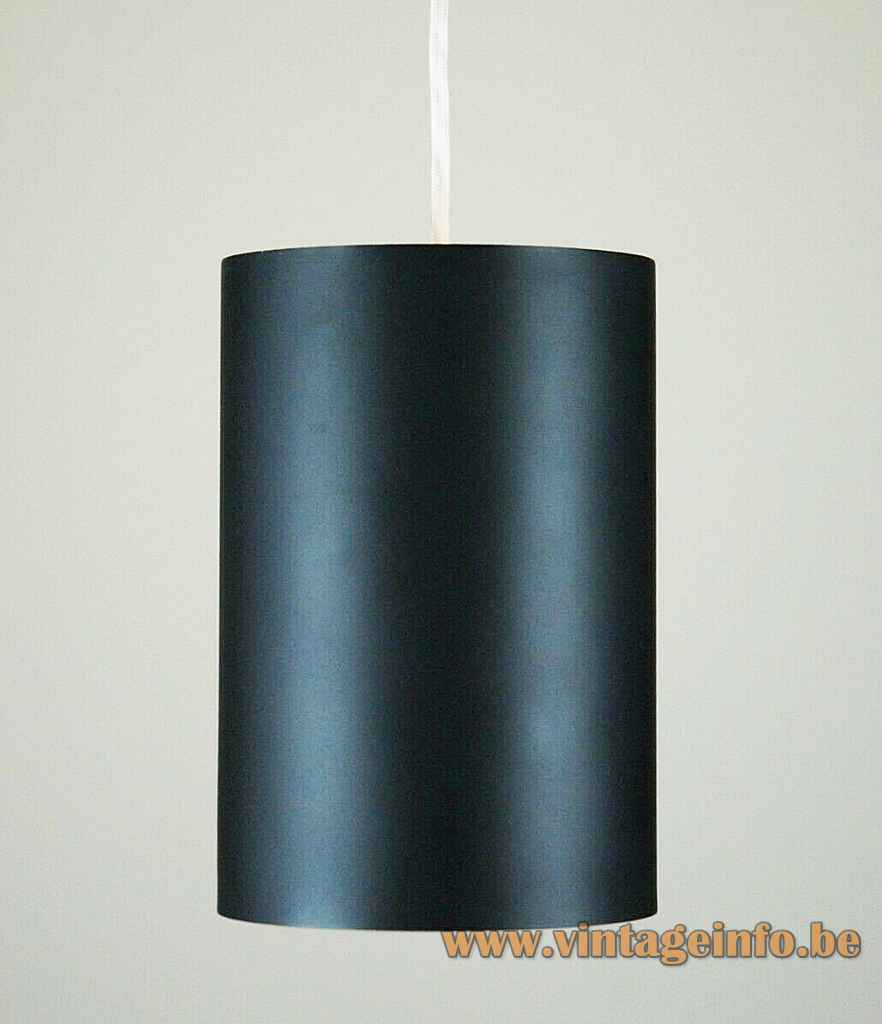 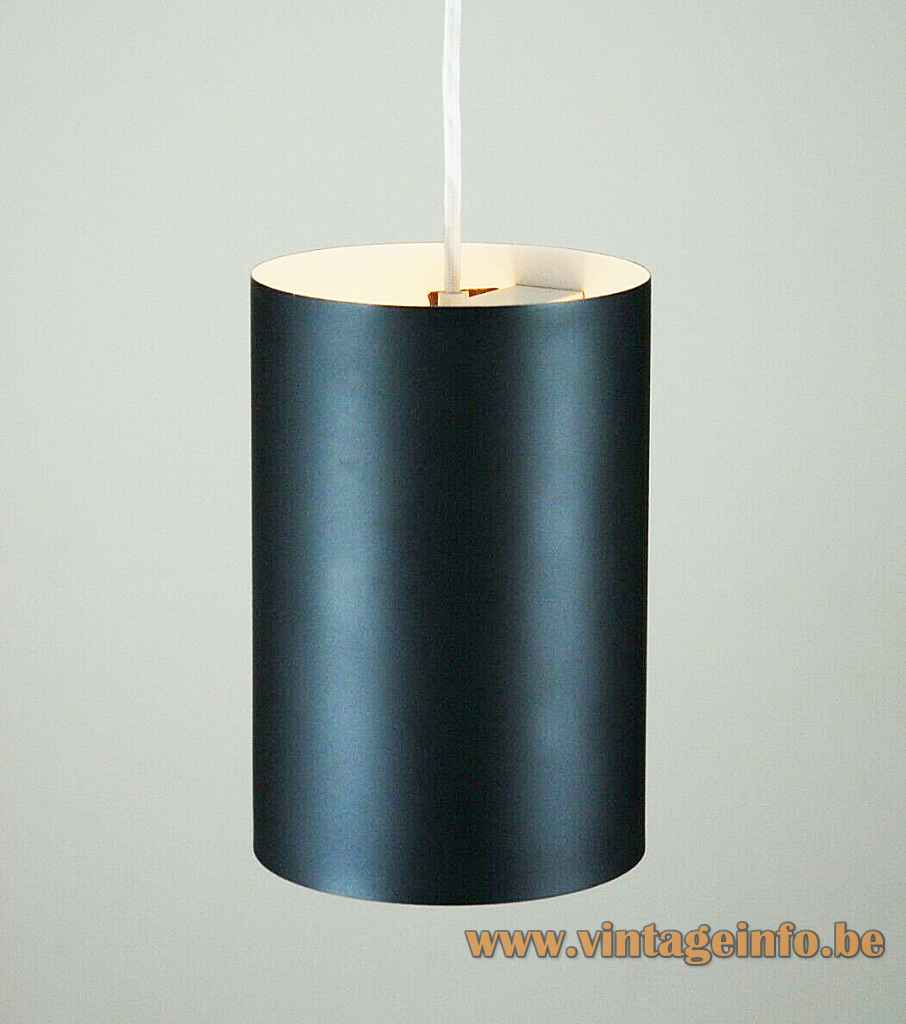 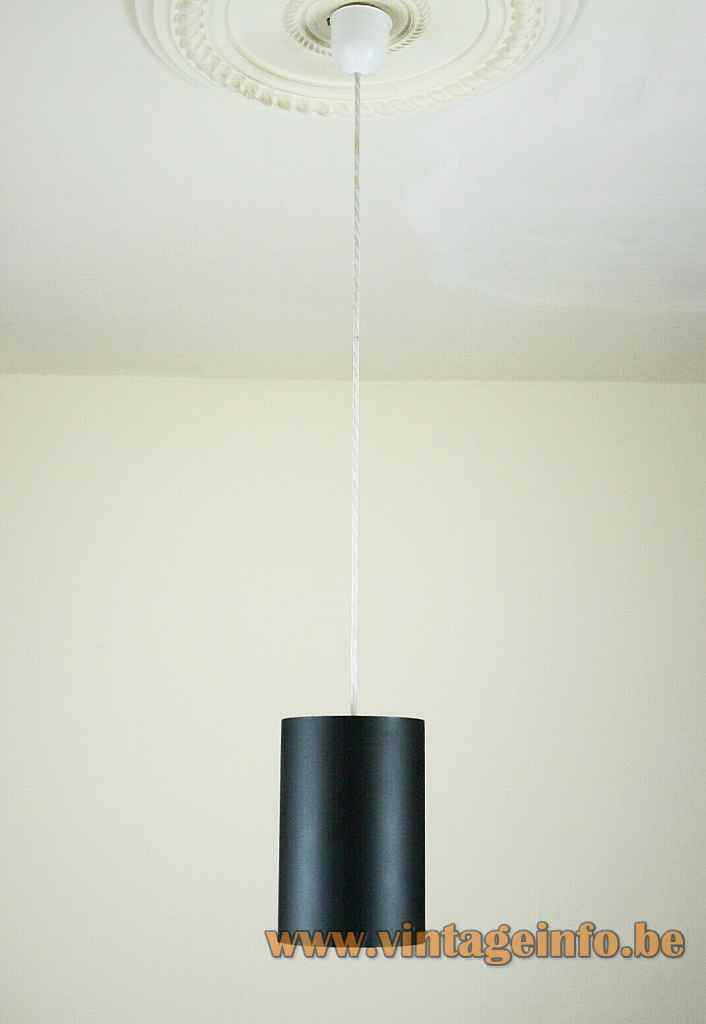 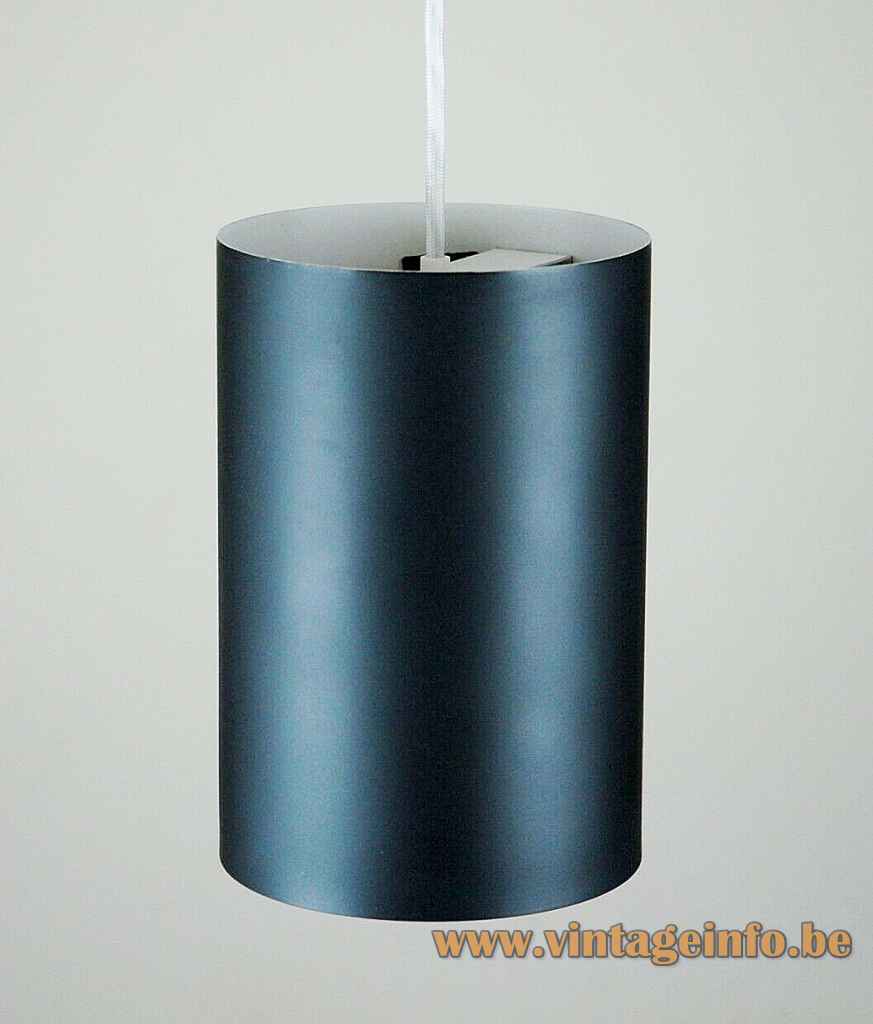 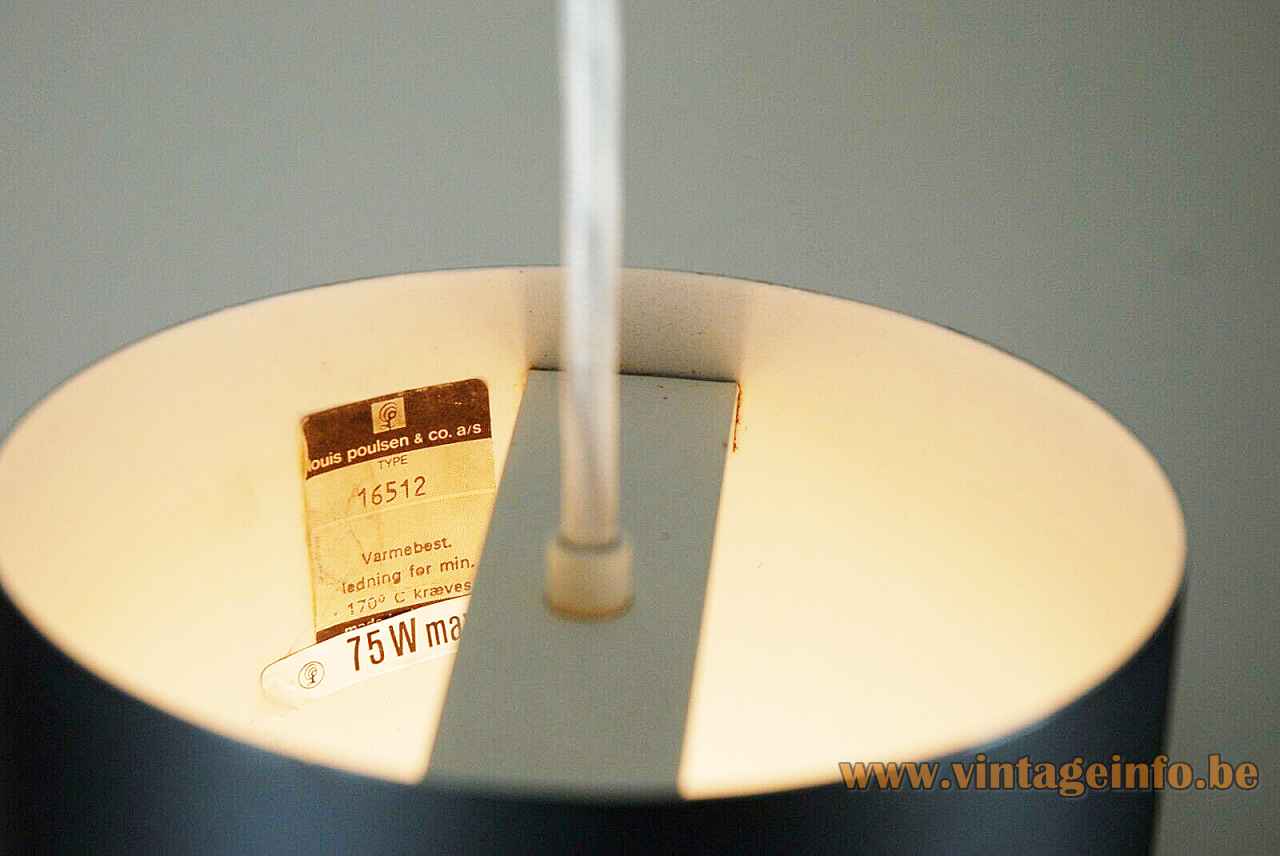 Other versions: This Louis Poulsen cylinder pendant lamp exists in several colours. Model 16513 is for light bulbs up to 100 watt. the wall lamp is model 71474. These lamp series appear for the first time in the 1967 catalogue.

Unfortunately no information can be found about the designers Eila & John Meiling. Also no other lamp by them can be found.  Do you have an idea? Please let us know through the contact form and help improve the websites exactitude.