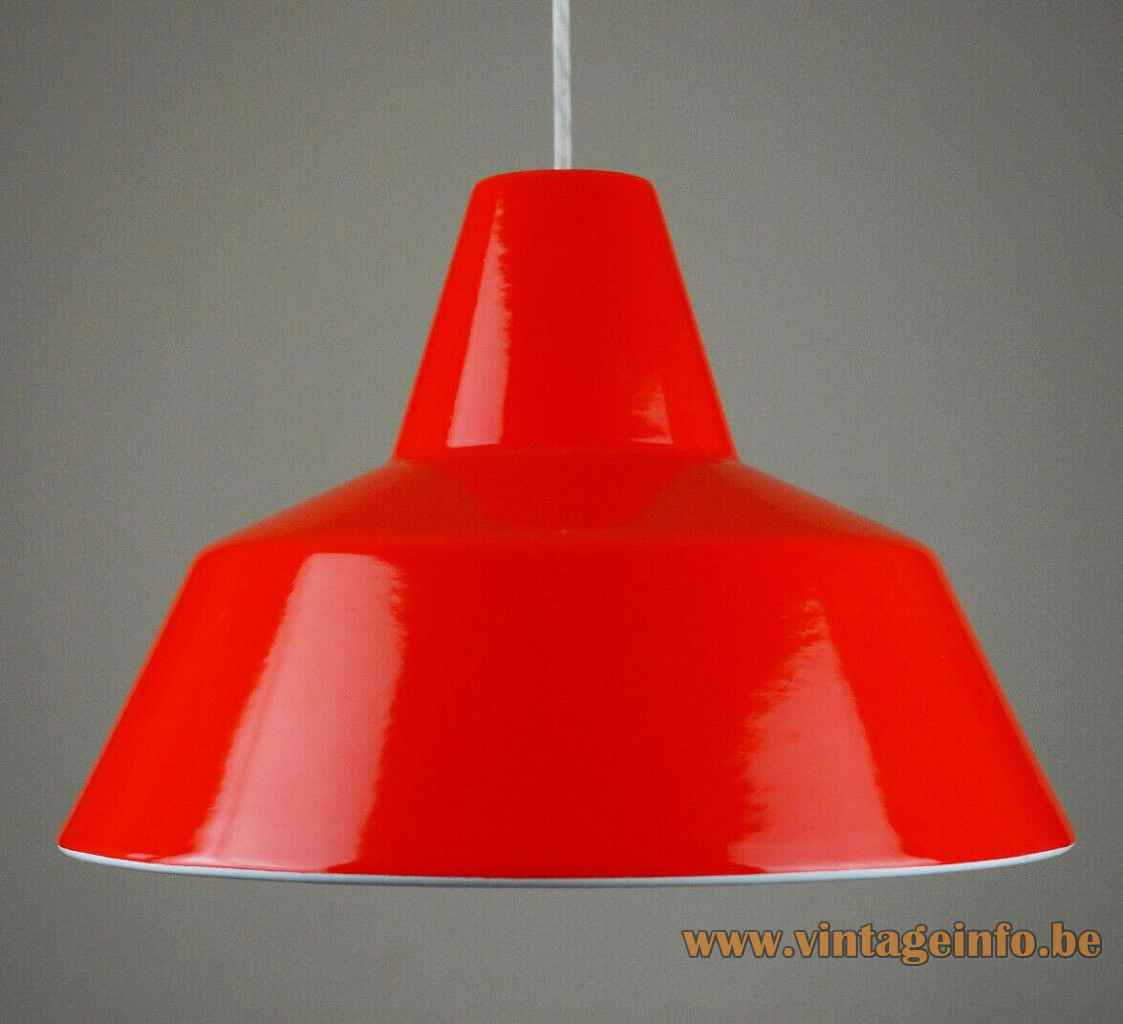 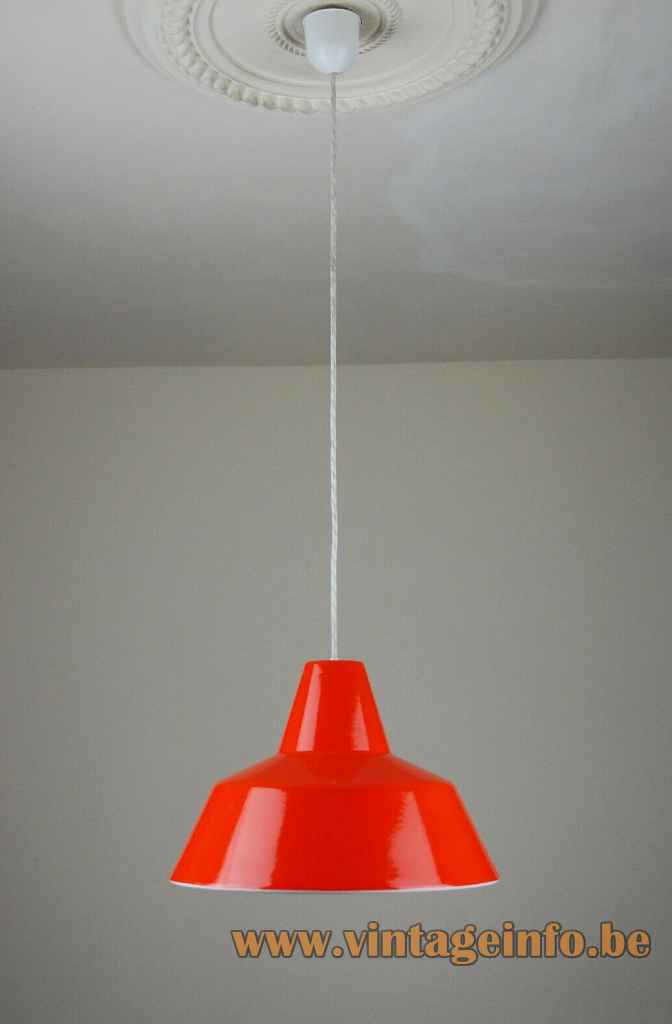 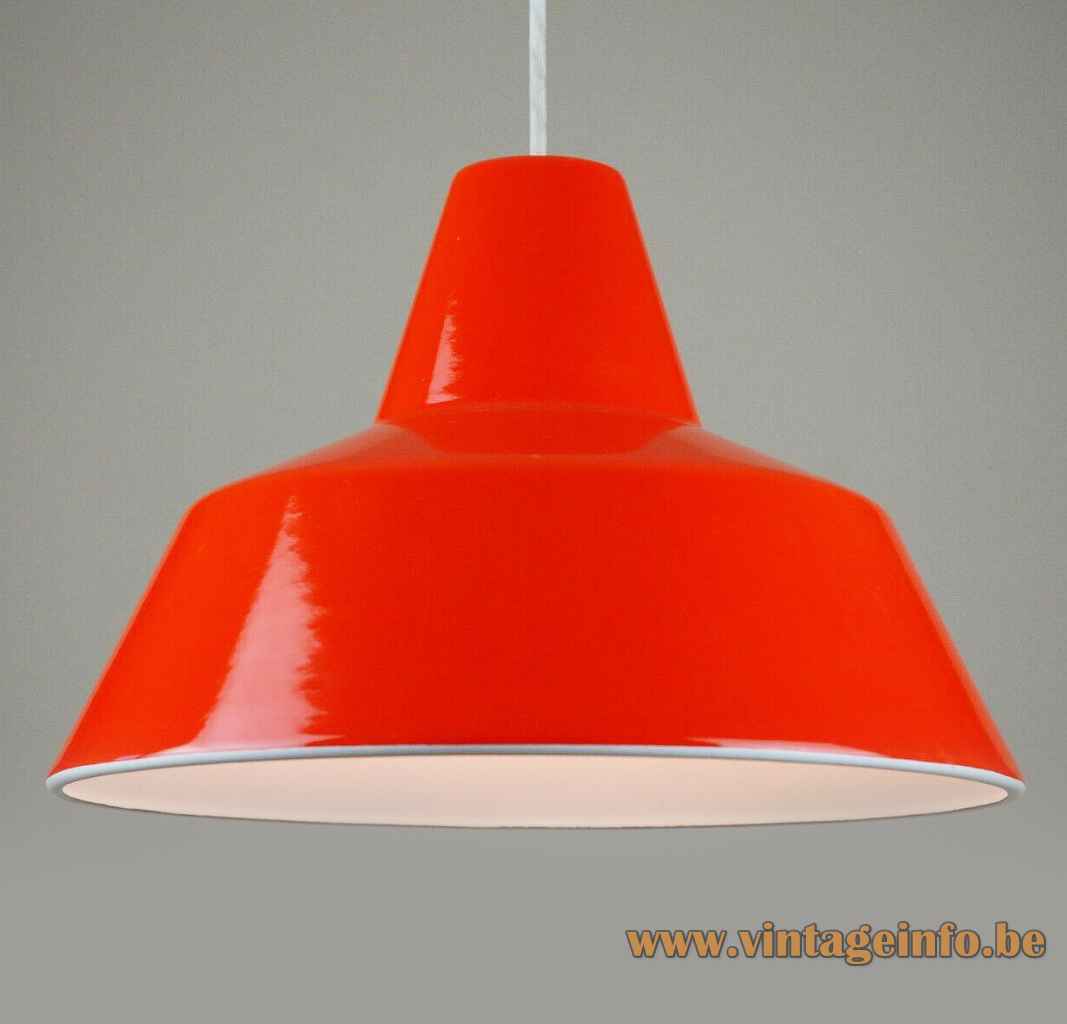 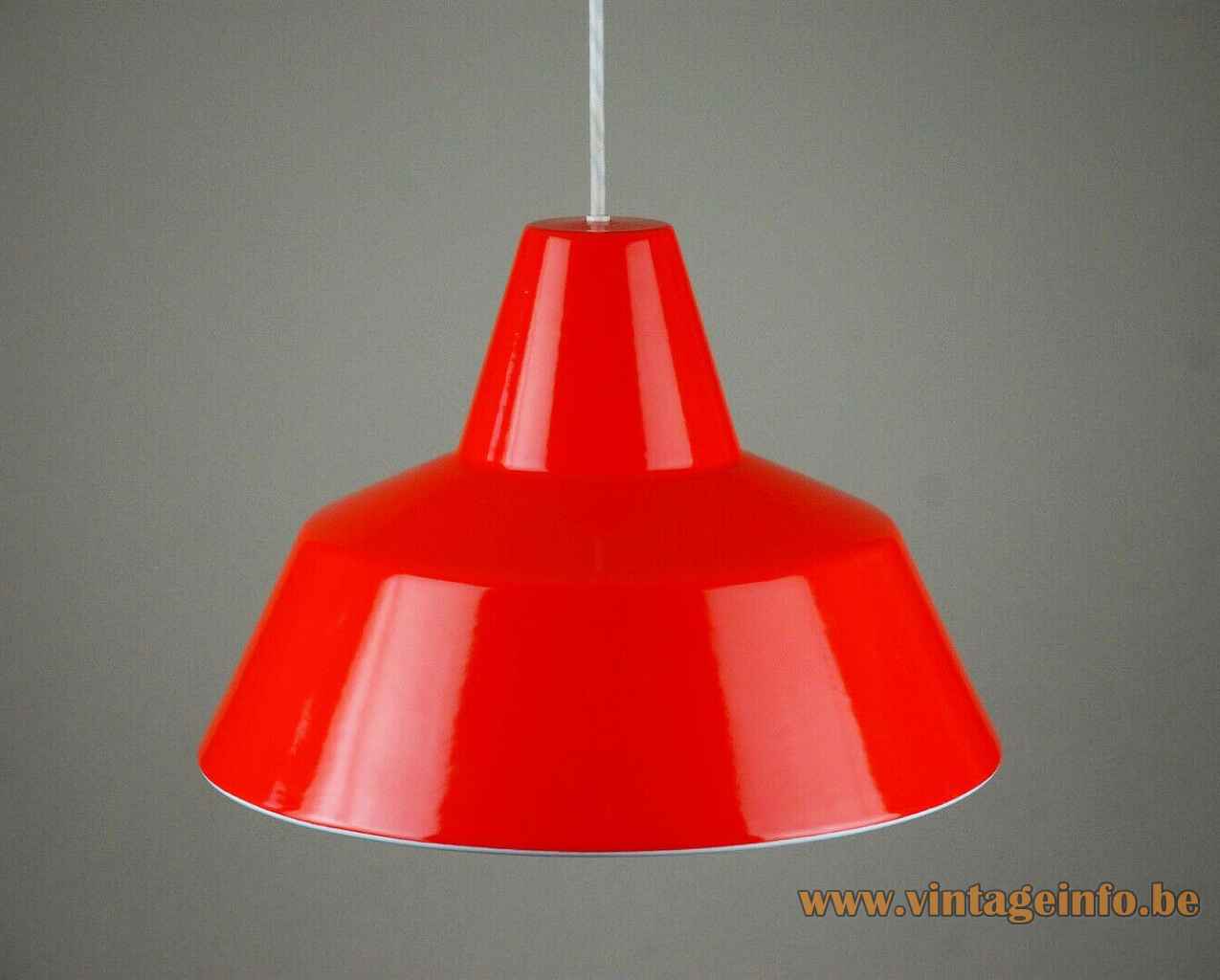 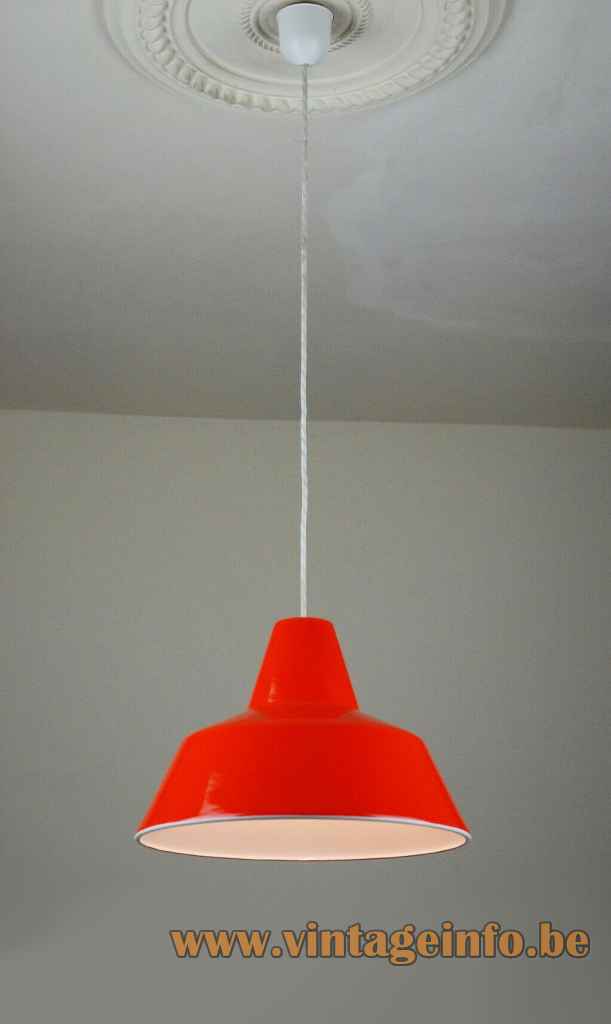 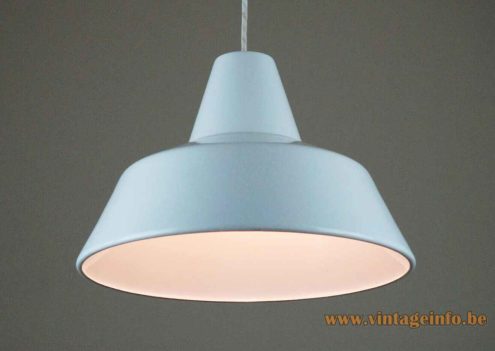 Other versions: The Louis Poulsen Workshop pendant lamp exists in many colours and several sizes.

Louis Poulsen no longer produces this lamp. Today they are sold by Made by Hand, from Copenhagen, Denmark in 5 sizes and 12 colours.

In 1000 Lights Volume 1 page 357 it is said that this lamp is from the 1930s and was designed by the inhouse design team of Louis Poulsen for the broadcast center of Radio Denmark. That’s a mistake…