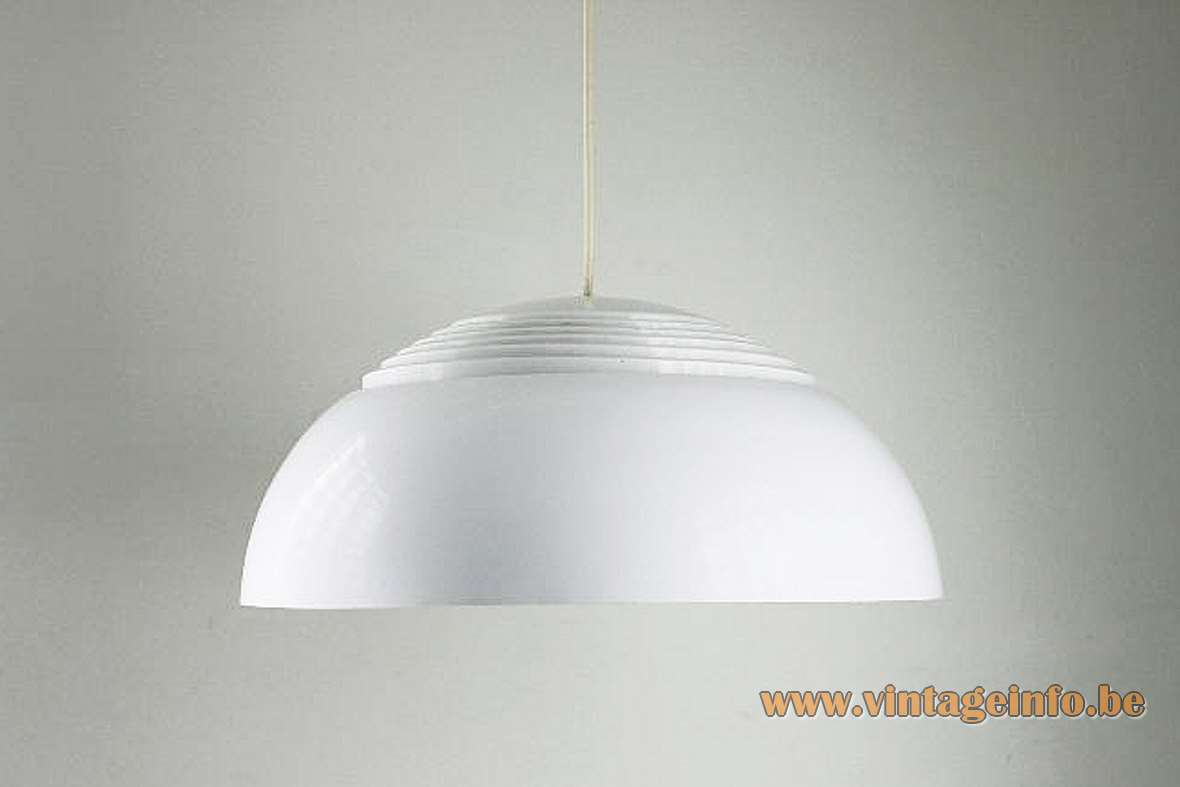 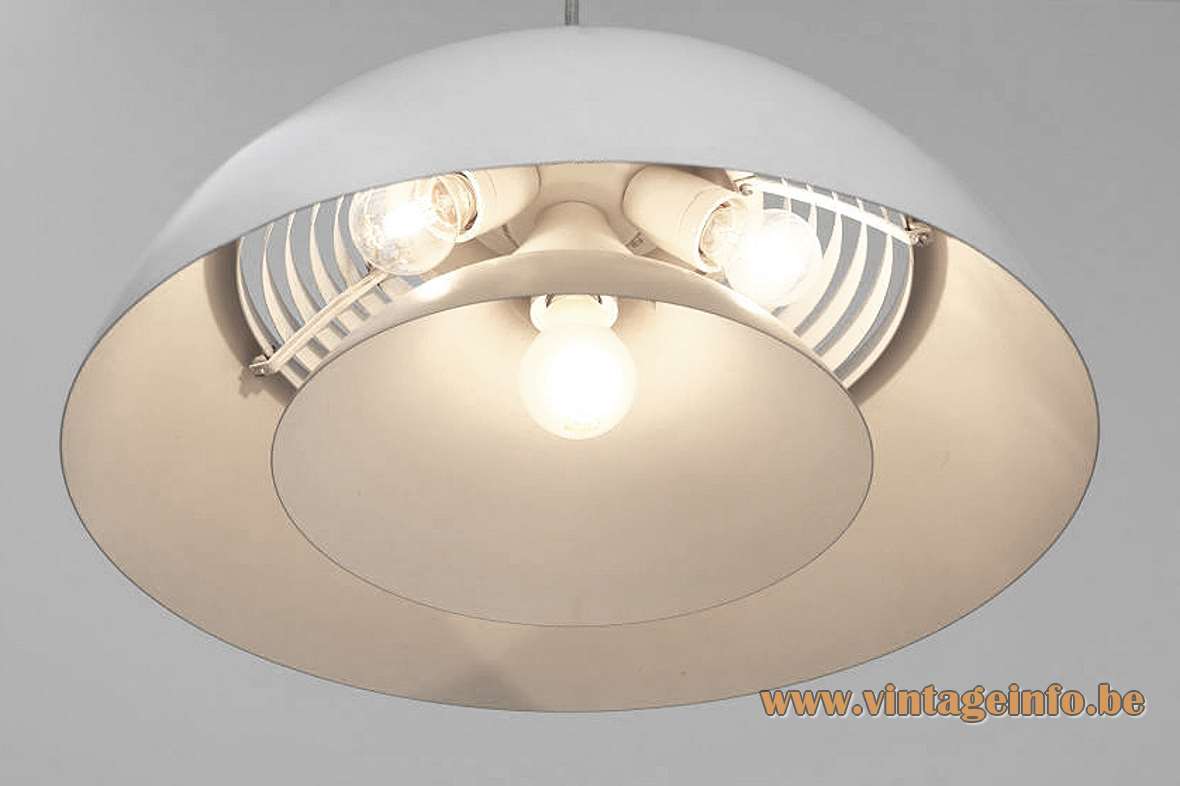 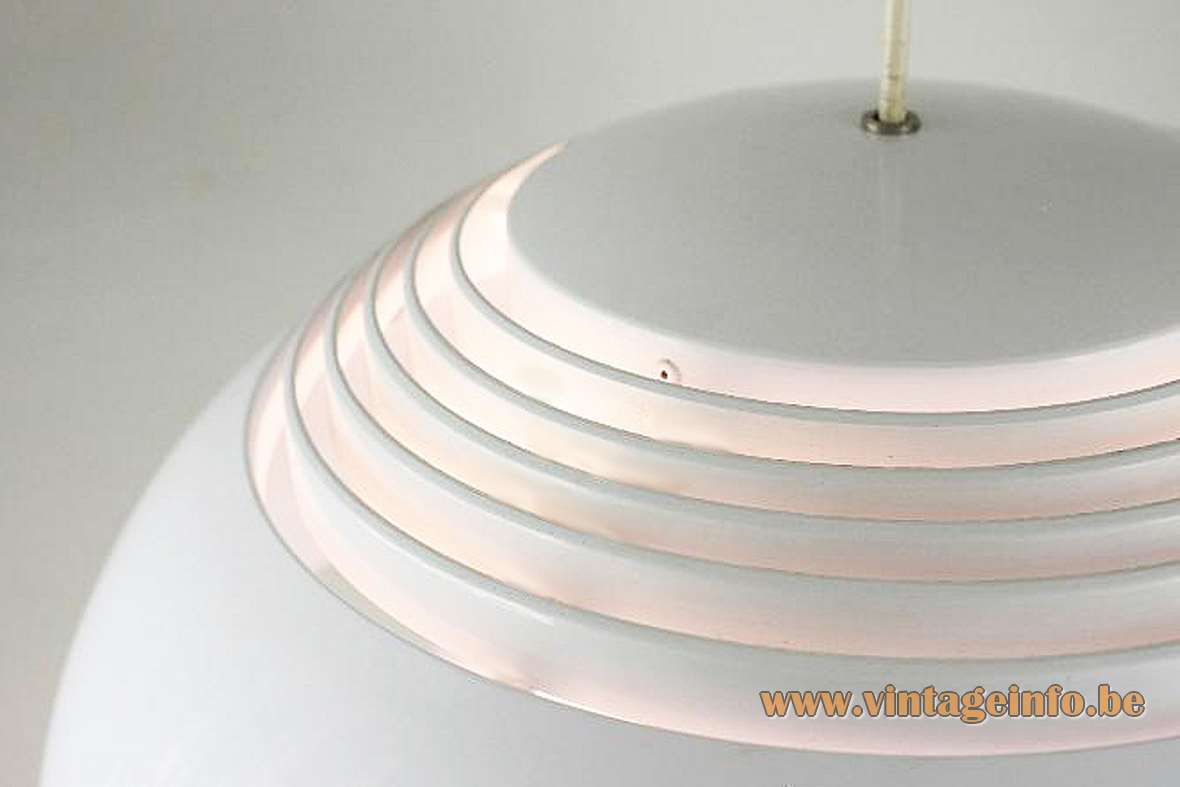 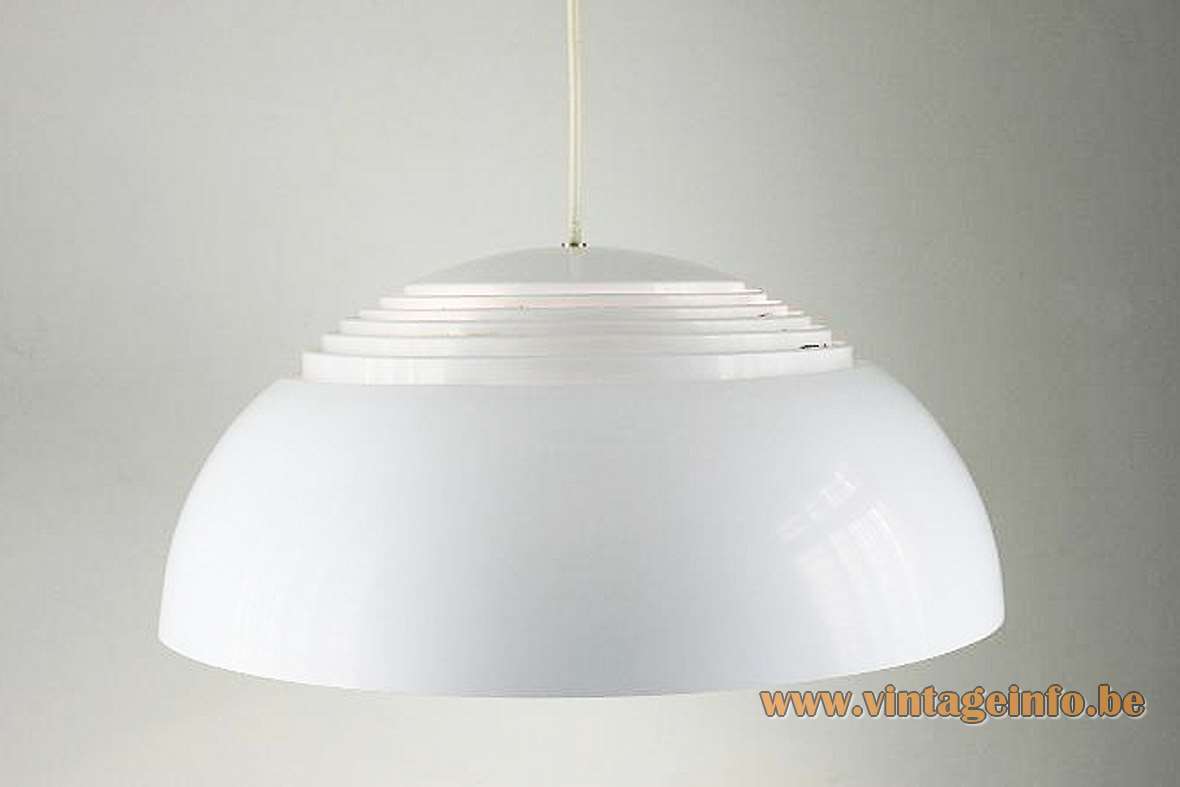 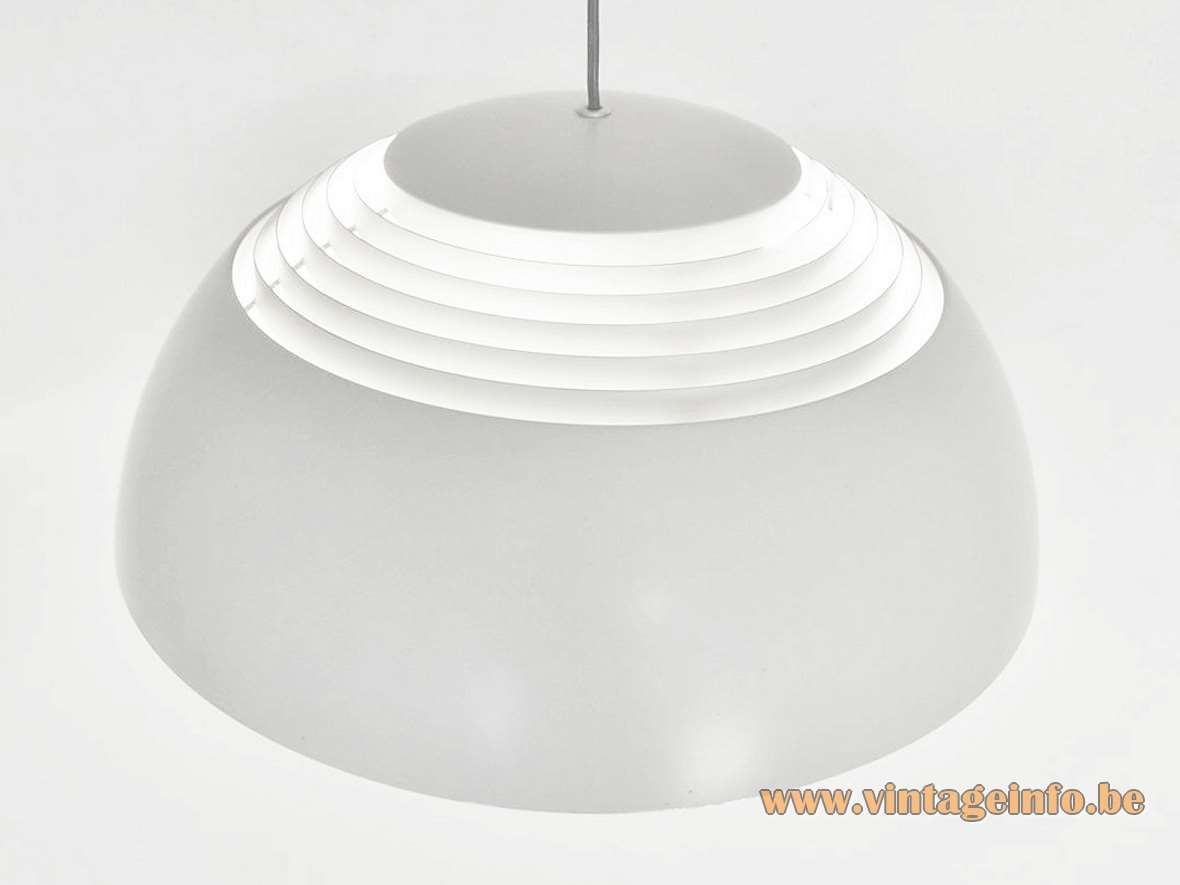 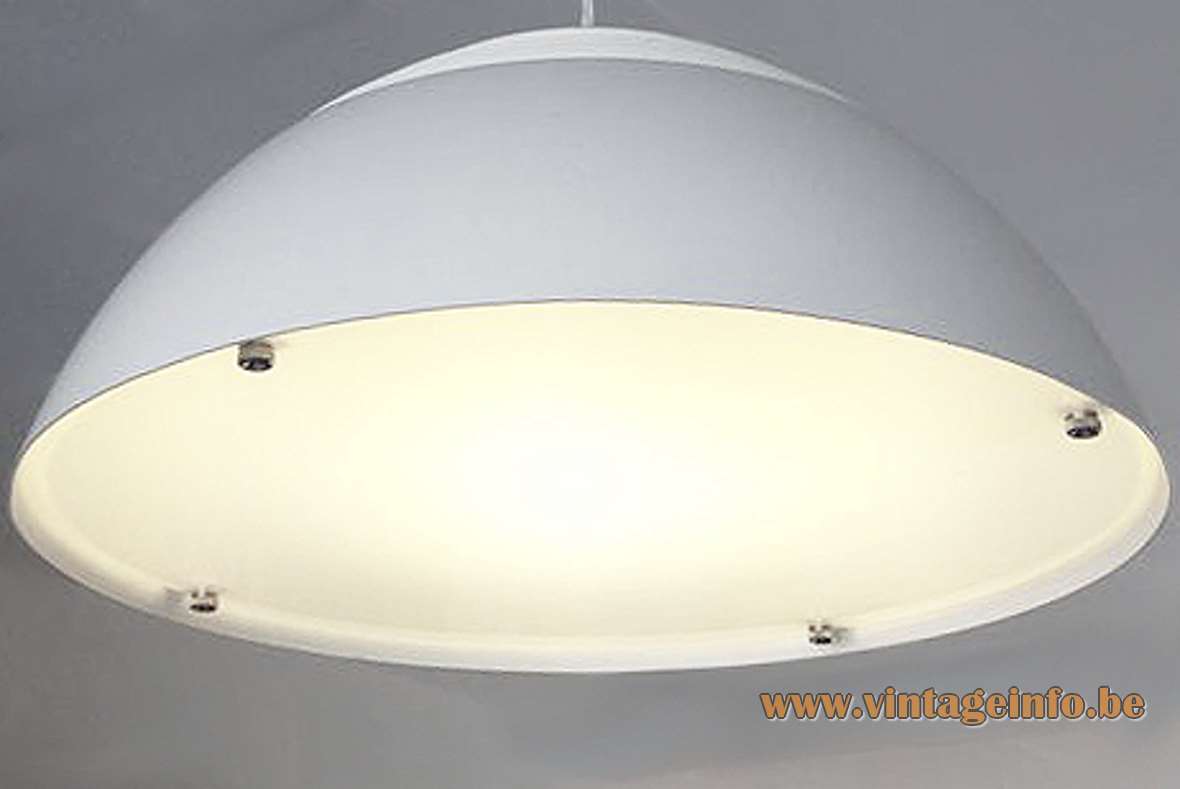 Other versions: Made in several colours and two sizes. The smaller one is ∅ 37 x 18 cm / ∅ 14.56 x 7.08”. It was a redesign for in-house use and made to be suspended high up. The light is therefore diffused through an acrylic opal base plate. It uses 1 E27 light bulb. The large version was designed to be hung at low height.

Arne Jacobsen designed many objects during his life, among which several famous lamps for Louis Poulsen & CO A/S. The AJ table and floor lamp from 1957 is one of those lights and is still in production. Jacobsen also designed lights for Aarhus, another Danish company.

He also designed lighting for hotels and public places. This pendant lamp, the AJ Royal, was designed for the Royal Hotel in Copenhagen. Jacobsen designed the entire hotel. Including the stainless-steel cutlery used in the restaurant and his famous Swan and Egg chairs.

When Arne Jacobsen died unexpectedly 24 March 1971, he had a number of large projects under way, he was 69.

Wikipedia about the Royal Hotel