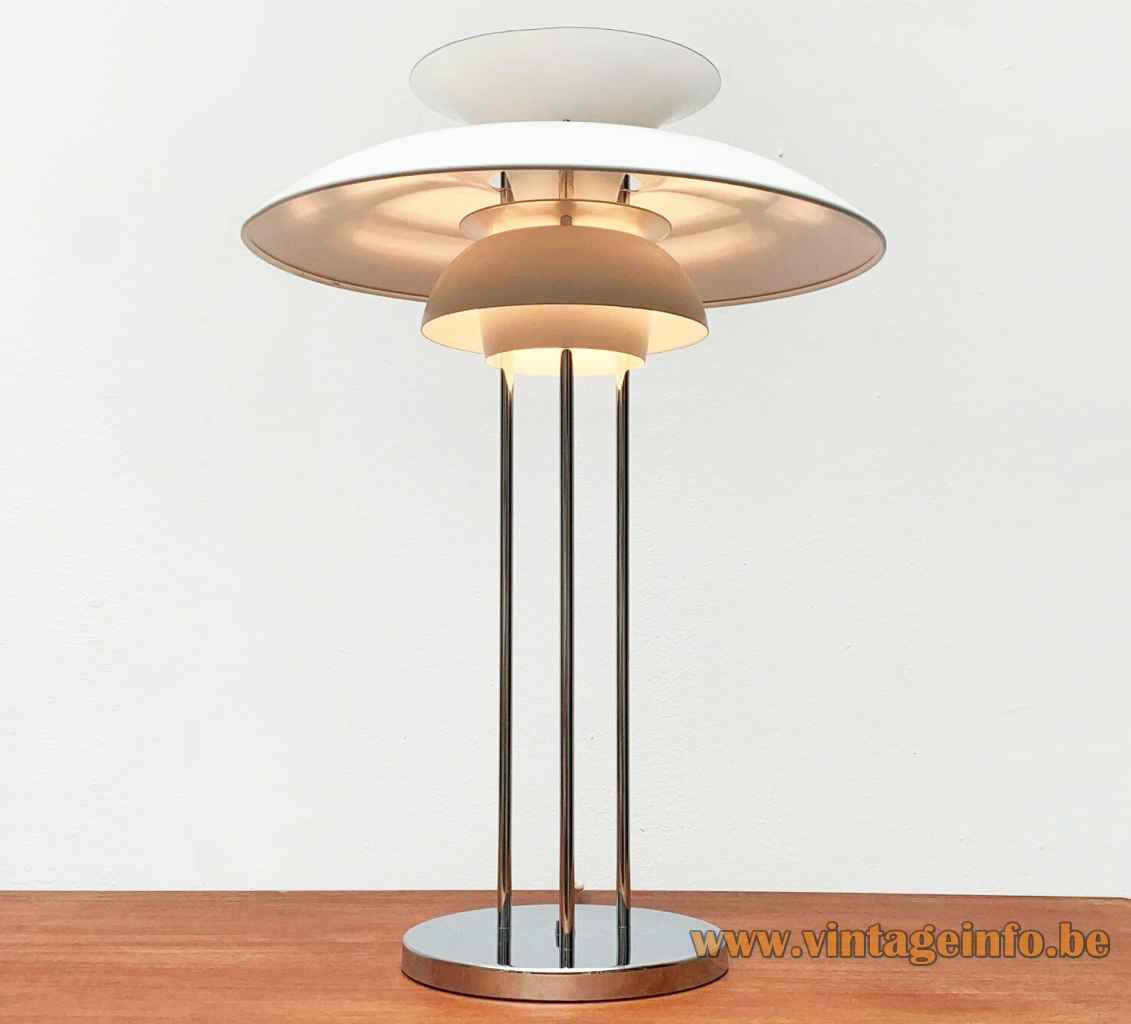 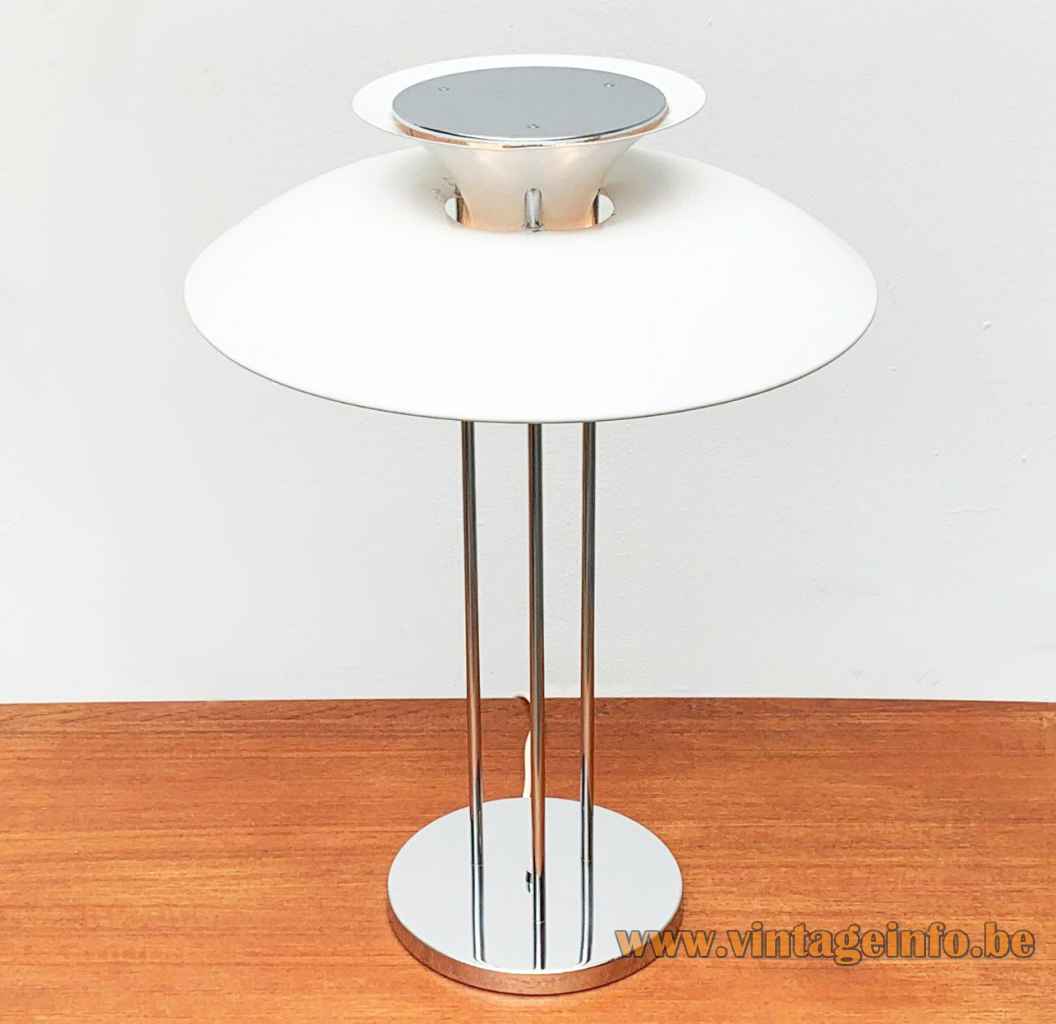 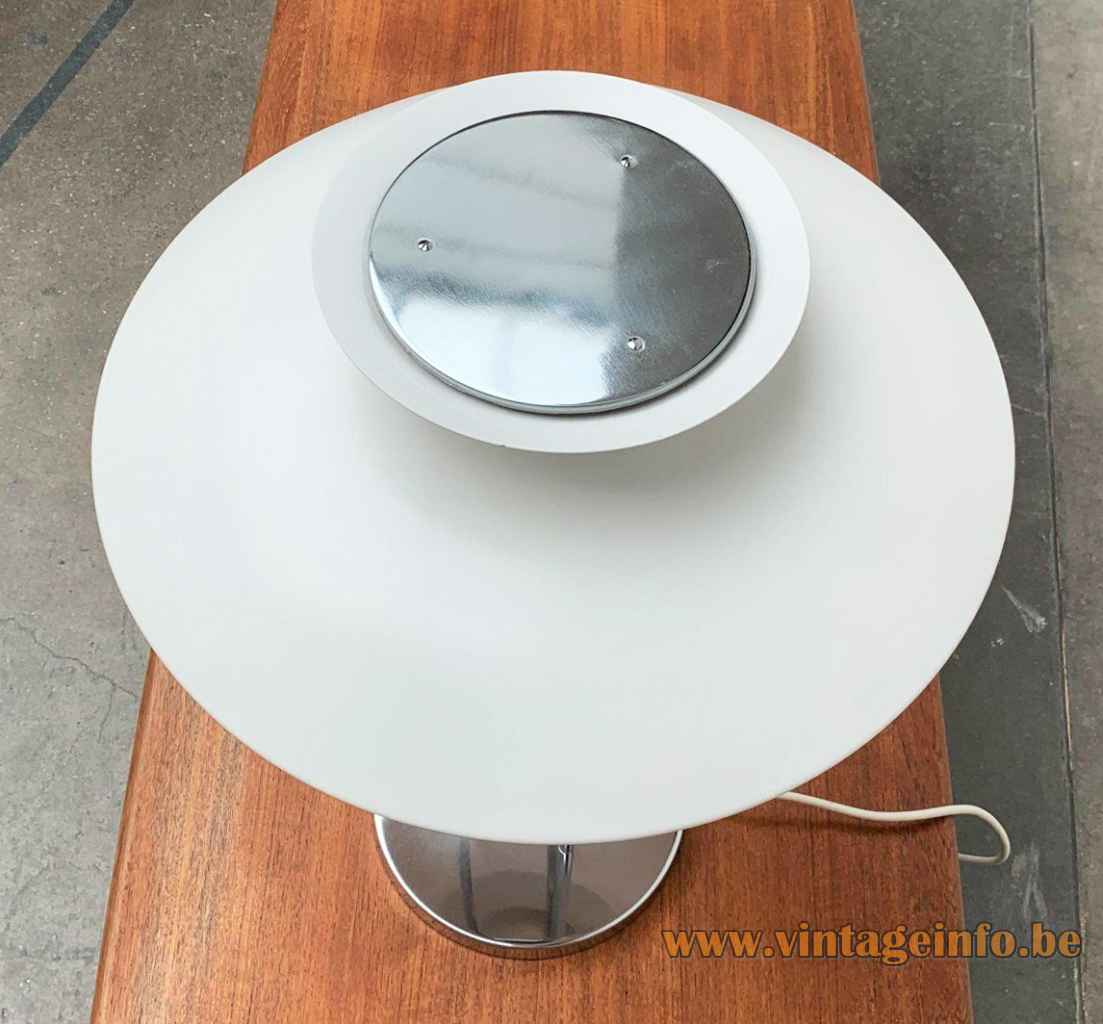 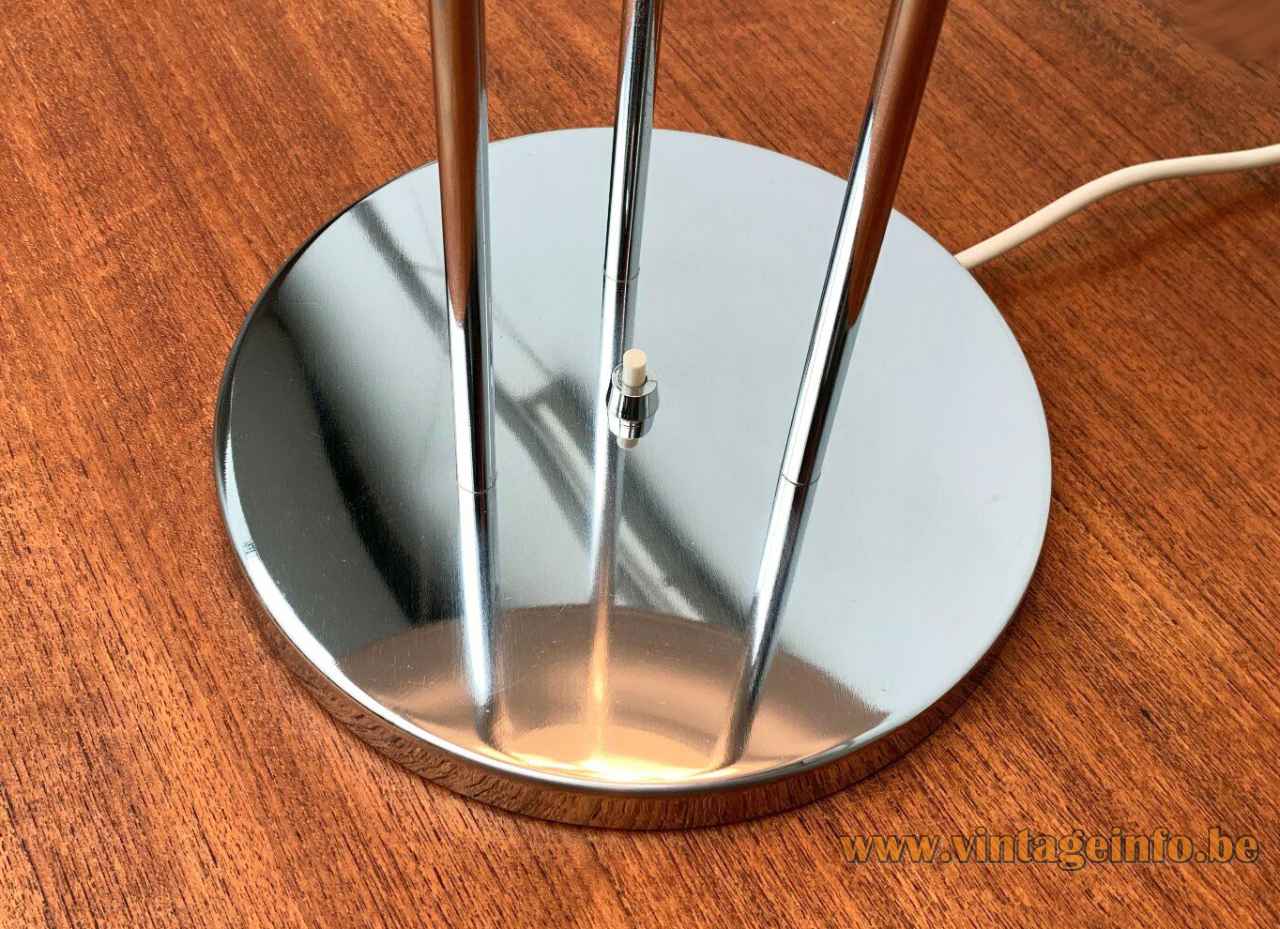 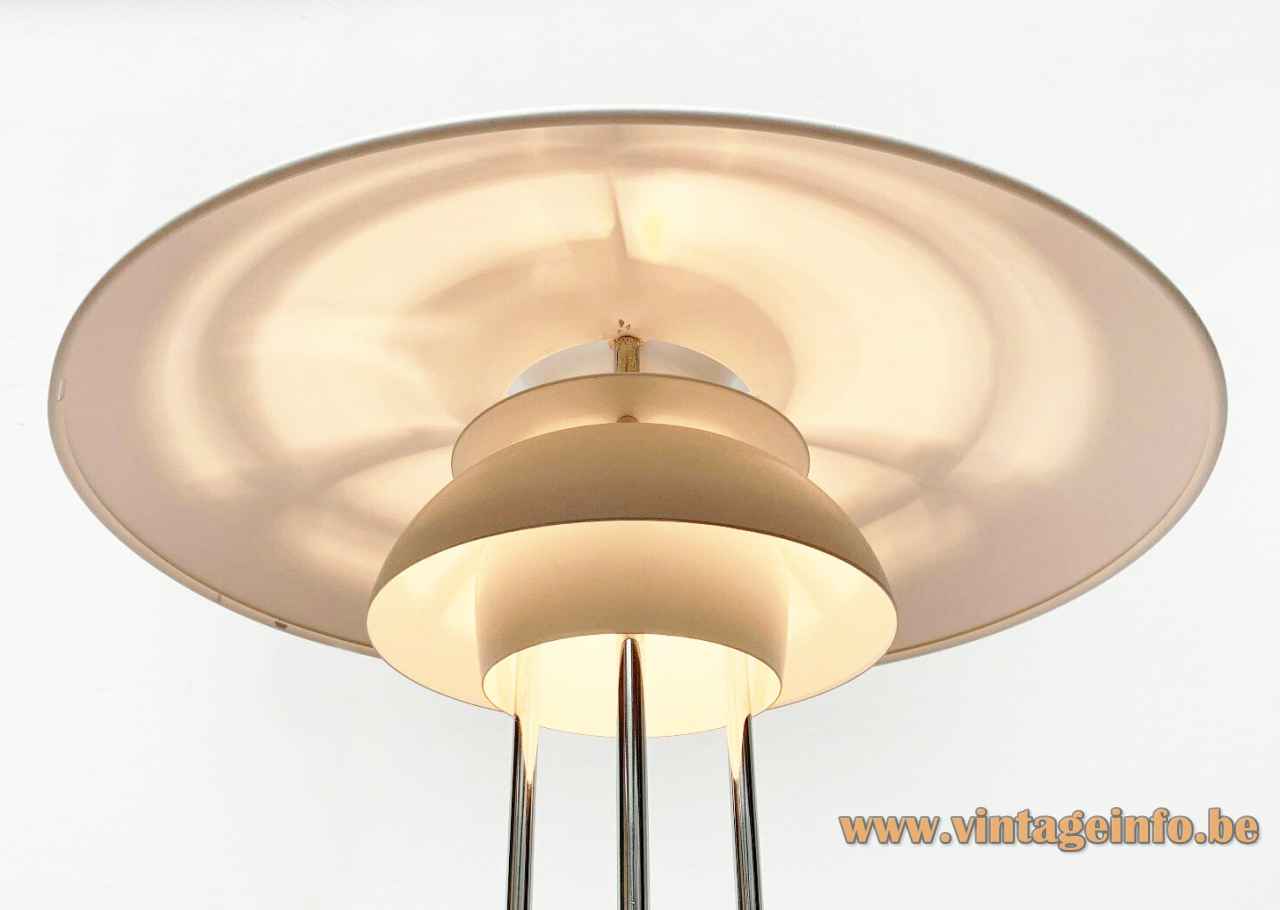 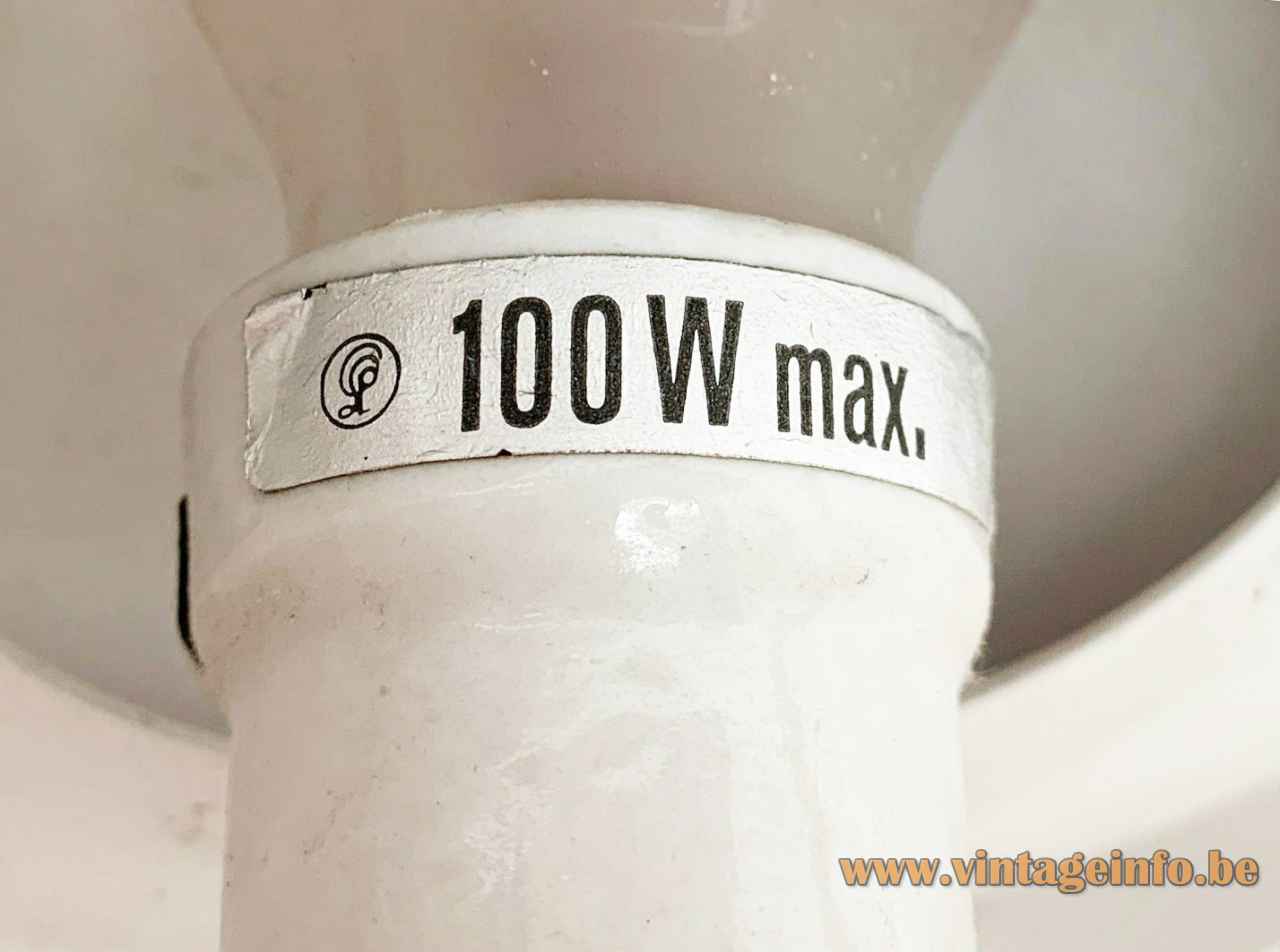 Other versions: This Louis Poulsen PH 5 table lamp exists in several colours. It was also made in a brass version.

Poul Henningsen was born on 9 September 1894 in Copenhagen. He studied at The Technical School at Frederiksberg, Denmark from 1911 until 1914, and then at Technical College in Copenhagen until 1917.

After the war he dissociated himself from the communists who were criticising him for his growing scepticism about the Soviet Union. In his last years in the 1960s he became a member of the Danish Academy. Poul Henningsen died on 31 January 1967 at the age of 73.

The Poul Henningsen story on the Louis Poulsen website