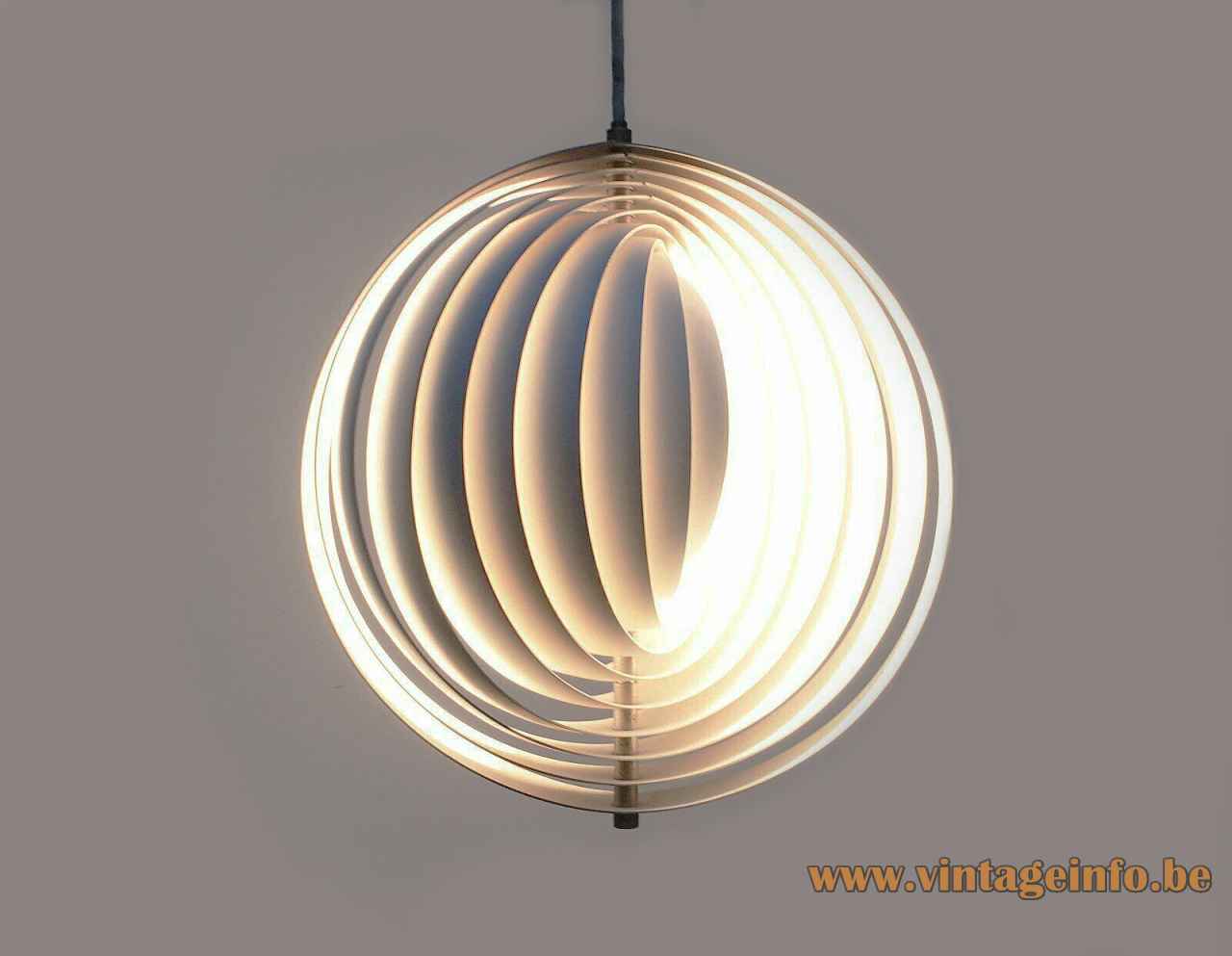 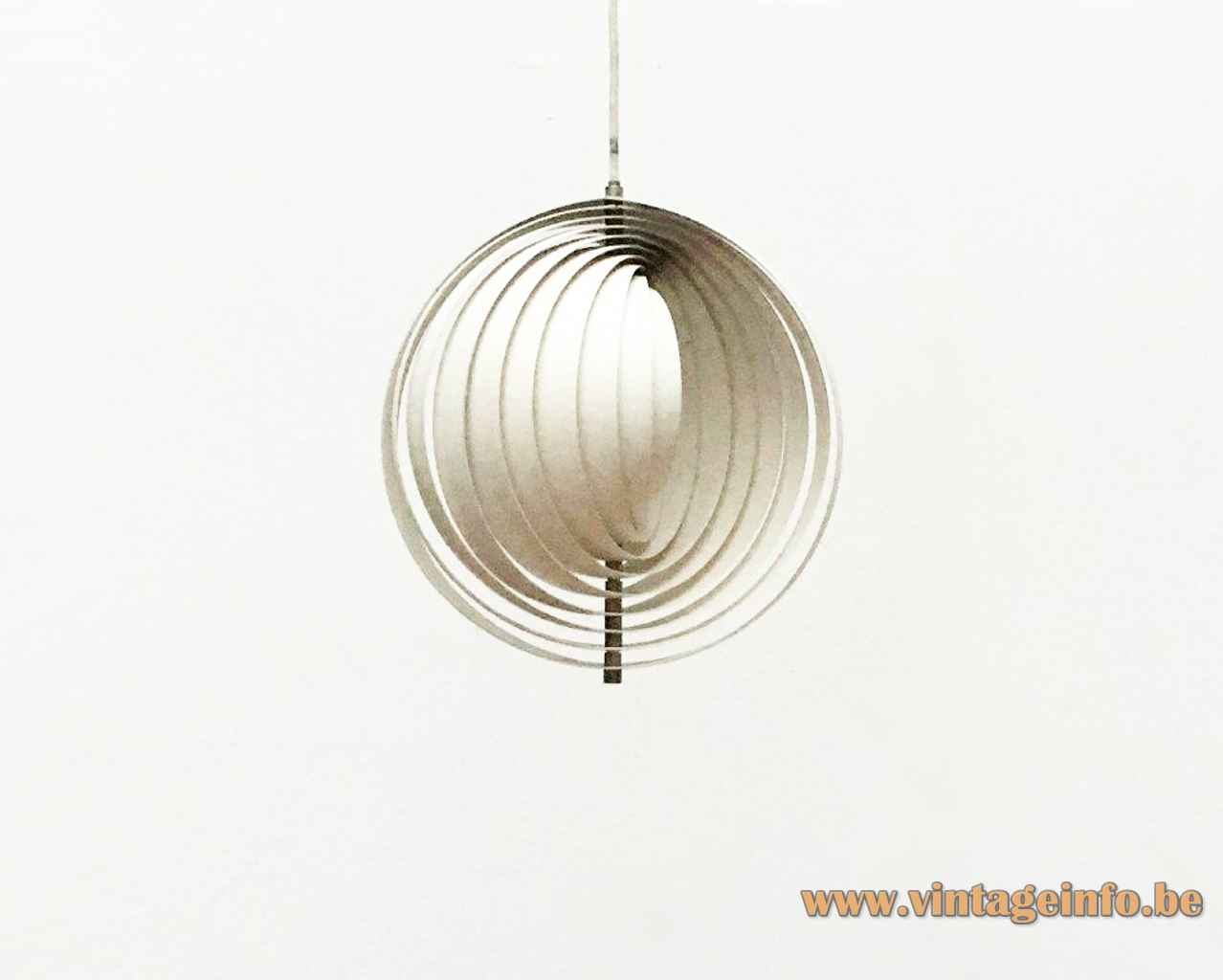 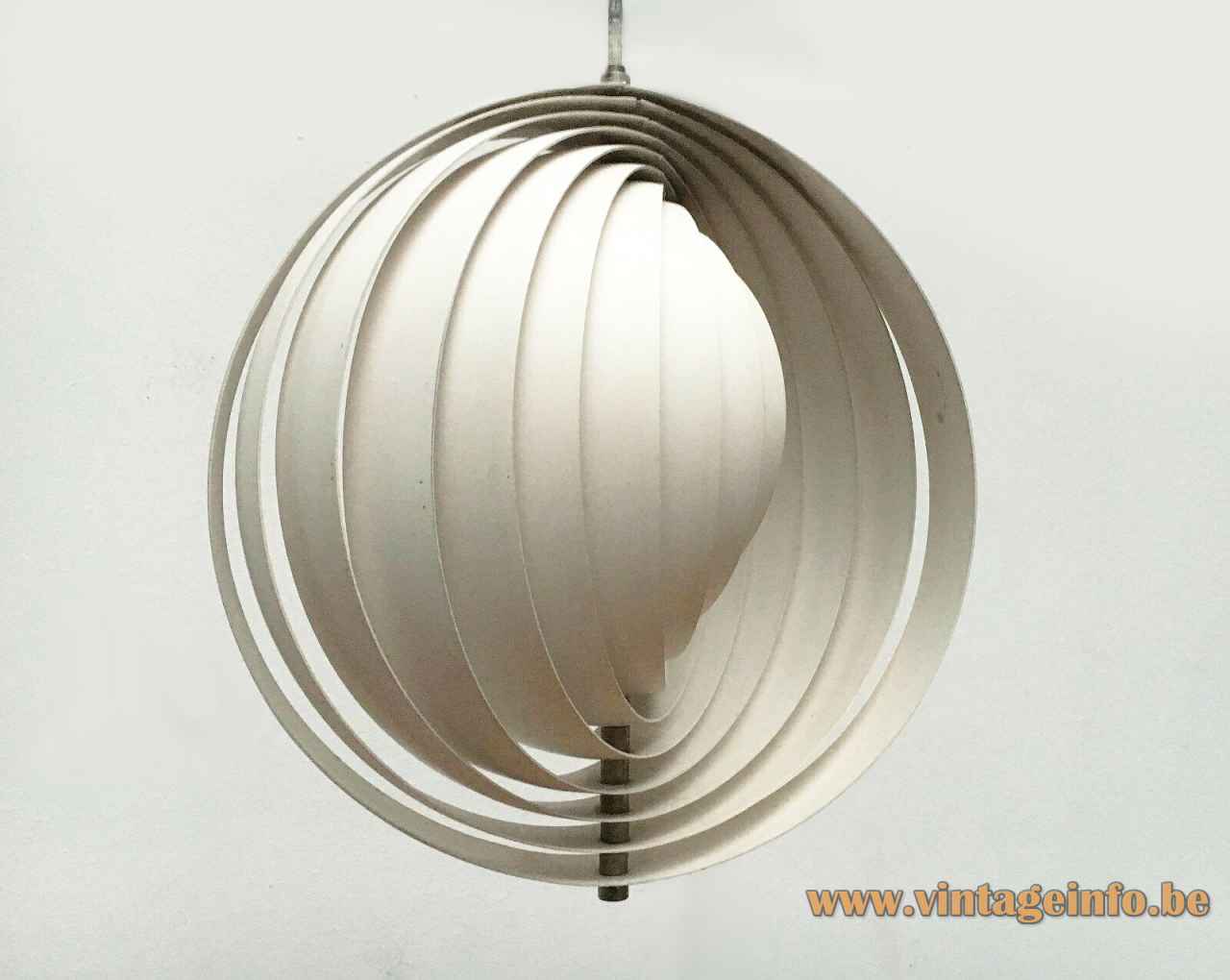 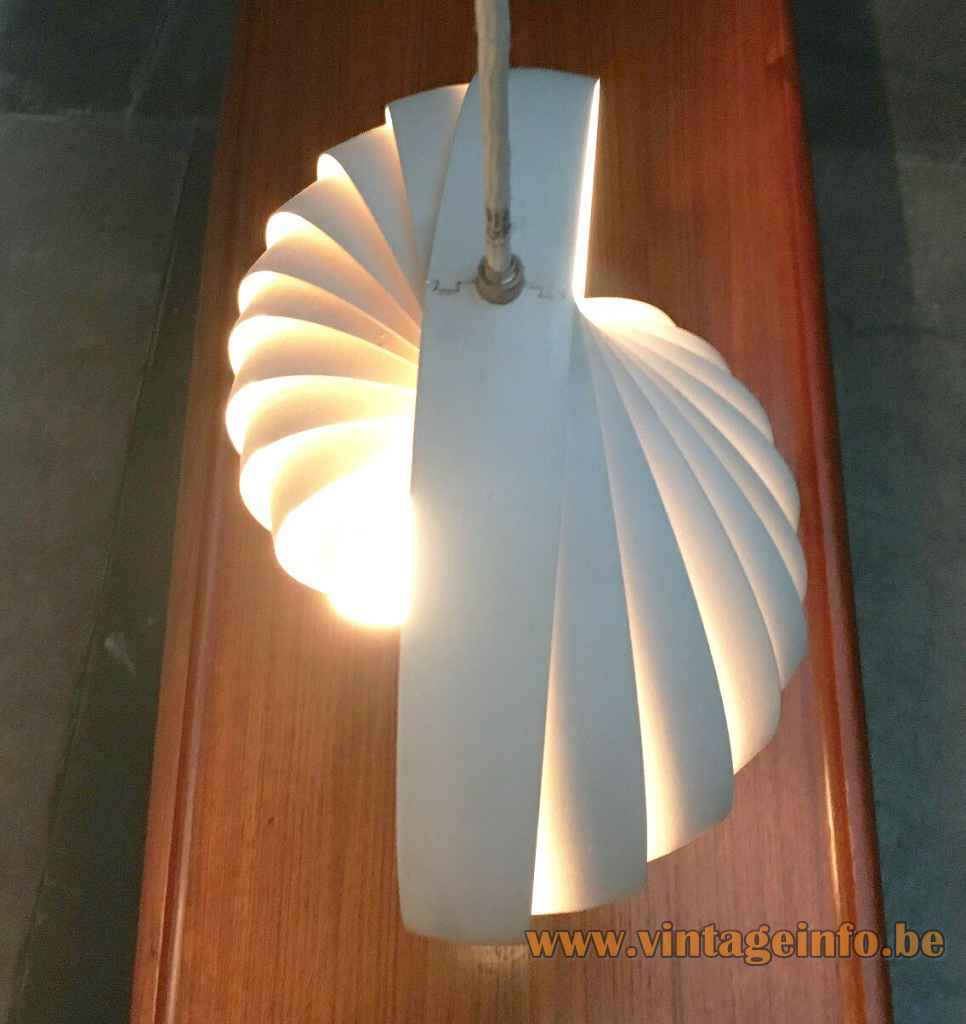 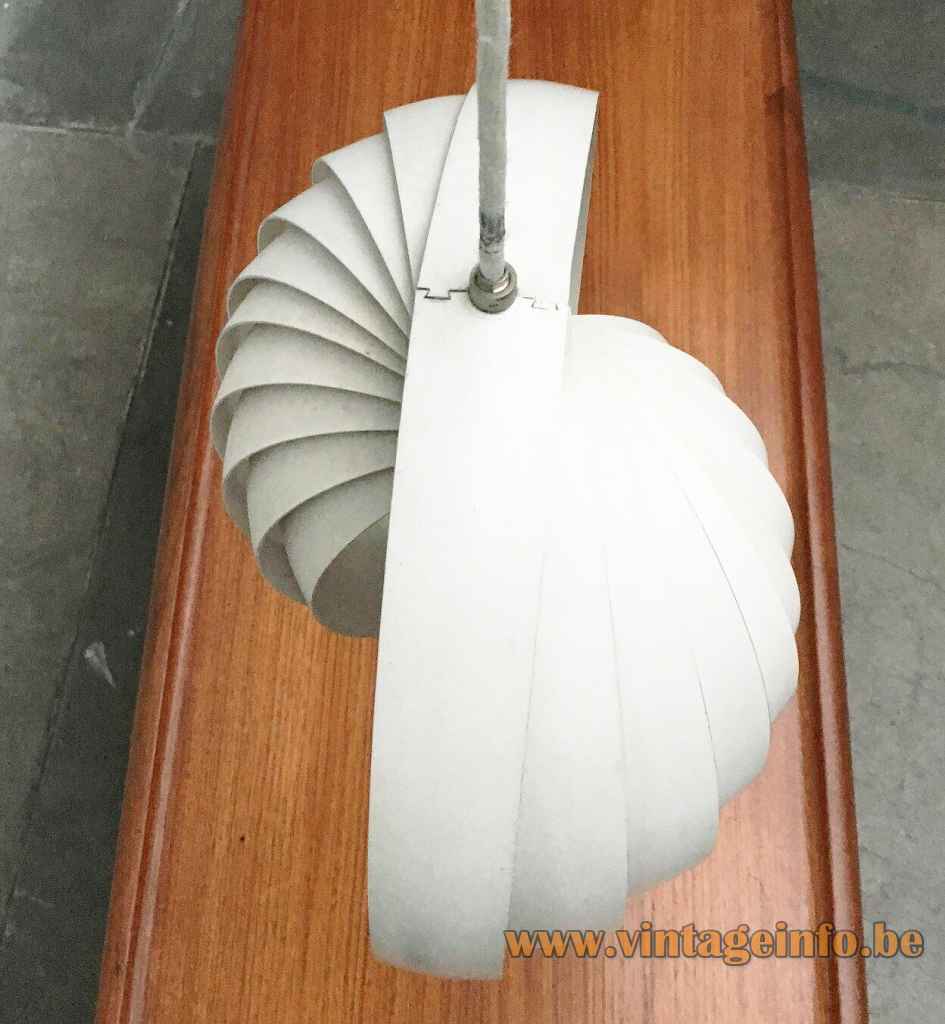 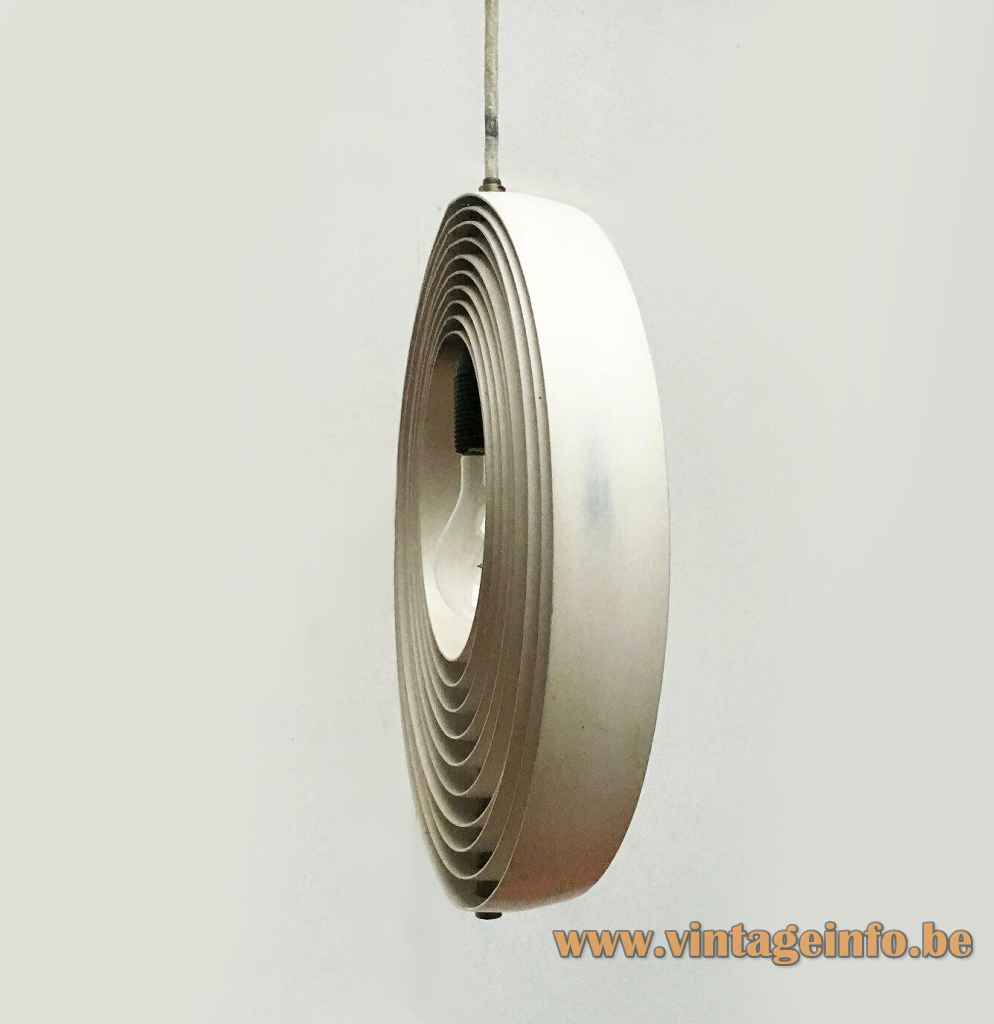 The Verner Panton Moon pendant lamp was used as a prop in the Italian/French film La Piscine (The Swimming Pool) from 1969 with Alain Delon, Romy Schneider, Jane Birkin and Maurice Ronet. Unfortunately this photo was the best shot. 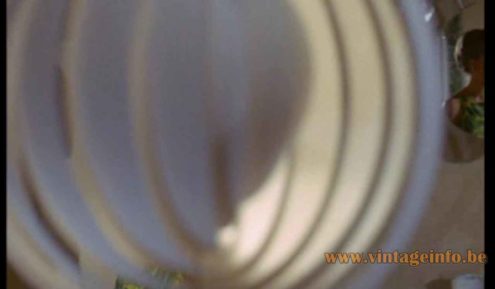 Other versions: This Verner Panton Moon pendant lamp exists in several versions and was made by several companies. This is the  aluminium Louis Poulsen version. Also the Verpan version is in aluminium. A plastic version was made by Vitra. It exists in two sizes. This one and a bigger version. It is ∅ 44,5 cm / 17.51”.

The Moon or Visir (the original name) pendant lamp is one of his first designs in 1960. It was launched for the market in 1961. The Visir is often copied. Other companies made table and floor lamps copies. The original lamp is a pendant lamp. Over the years lamps in this style were designed by Henri Mathieu, Louis Weisdorf, Nico Heilmann and several others.

From 1953 until 1955 Panton studied in various European countries and in 1955 he started his own business. Verner Panton received numerous awards for his designs. He passed away in Copenhagen on 5 September 1998.

Lamps in the Moon style