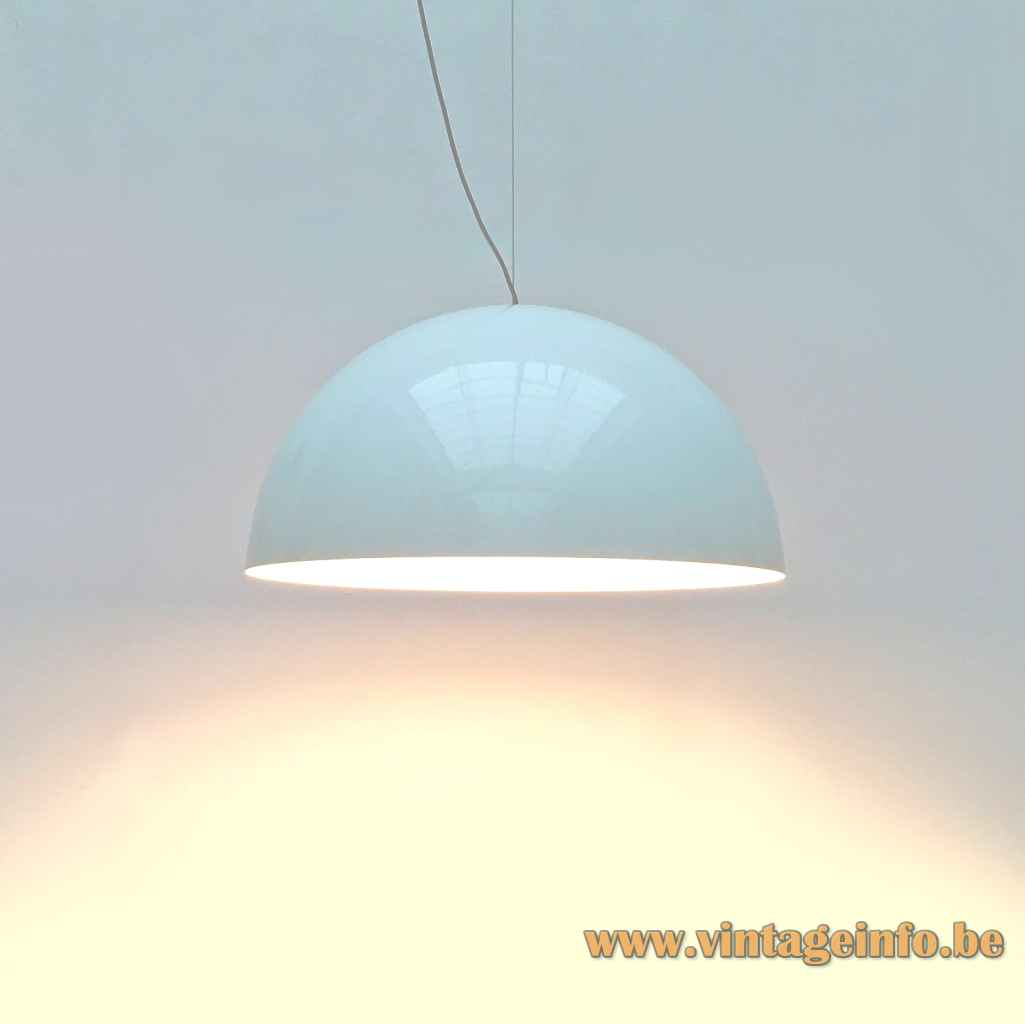 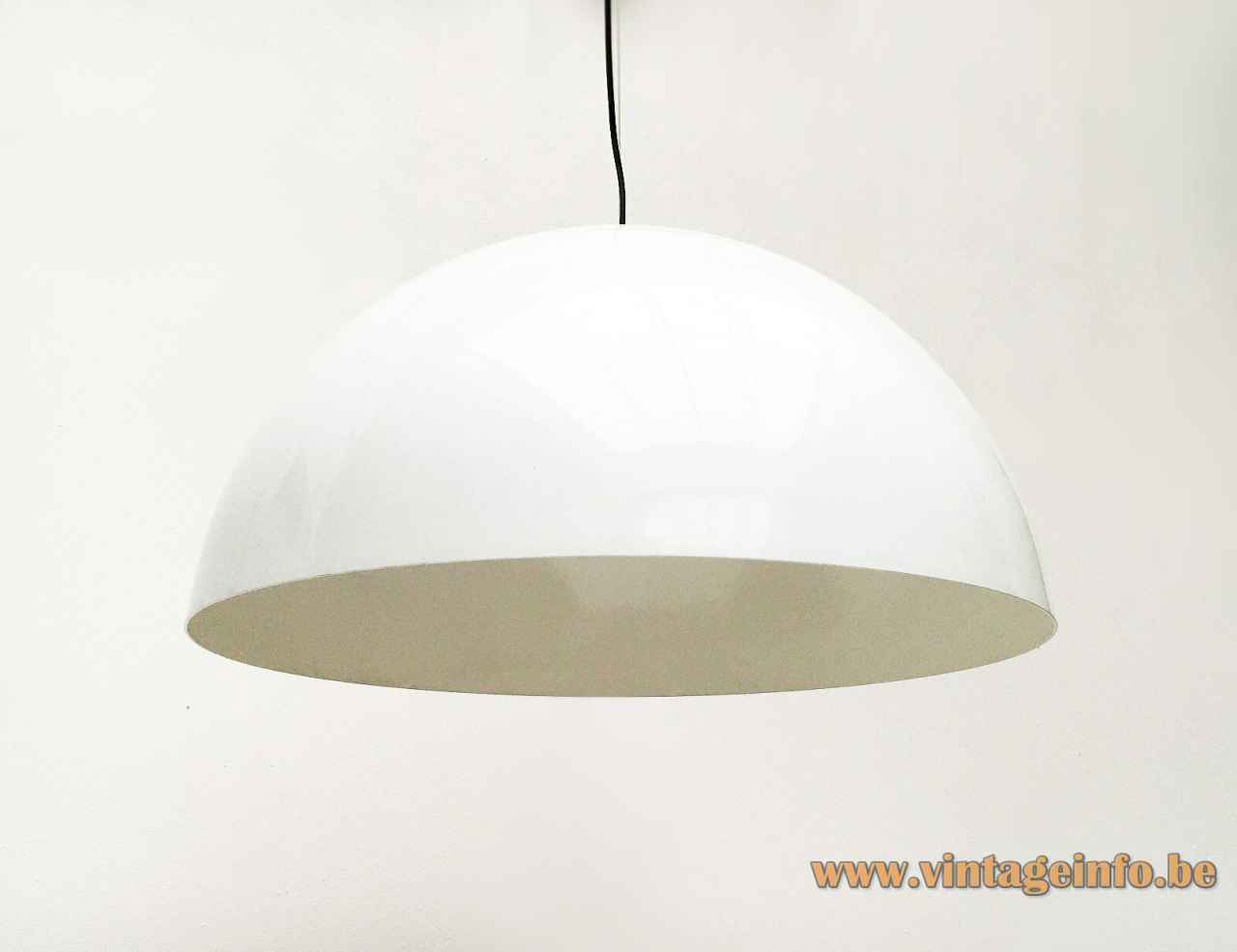 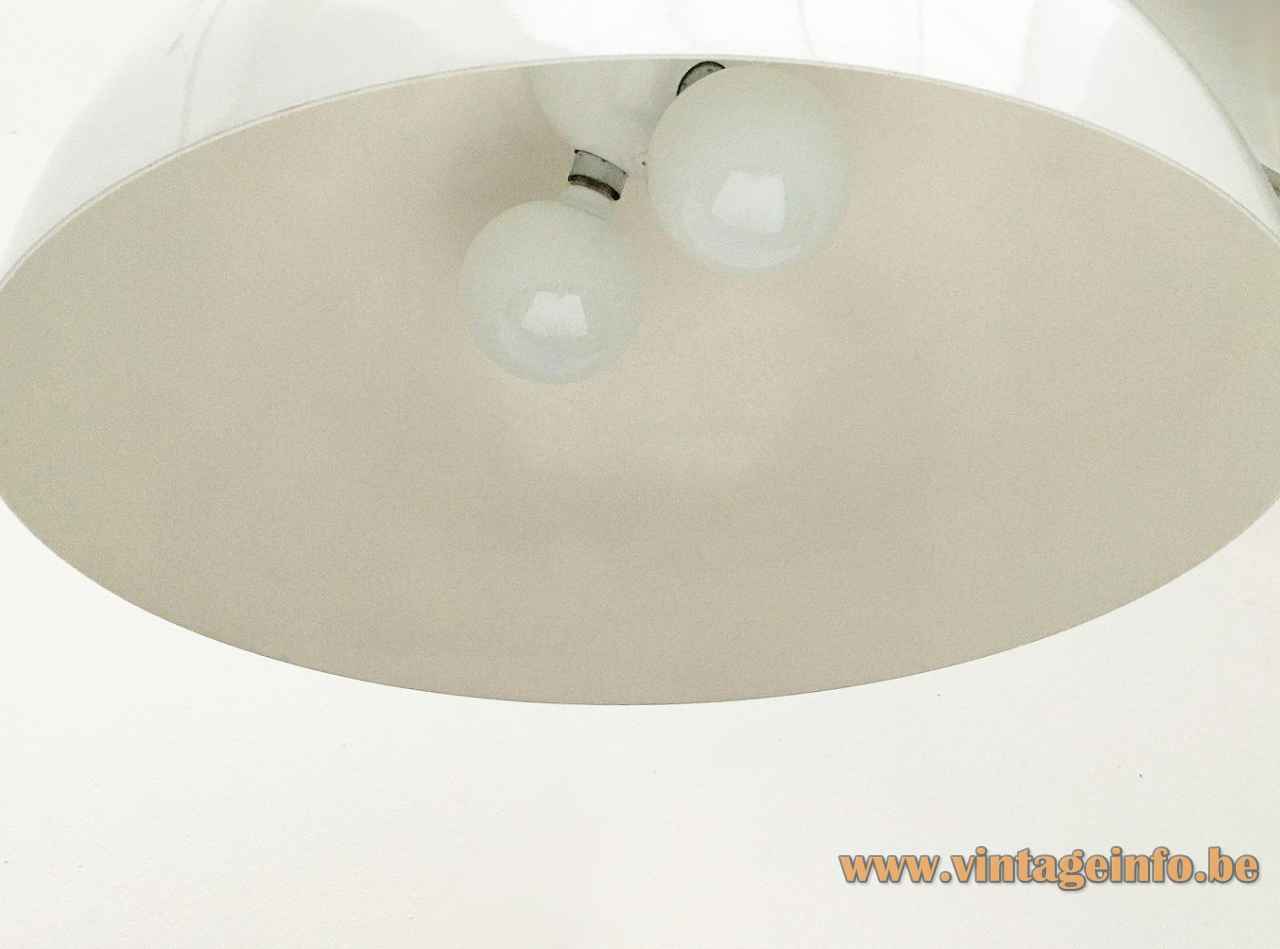 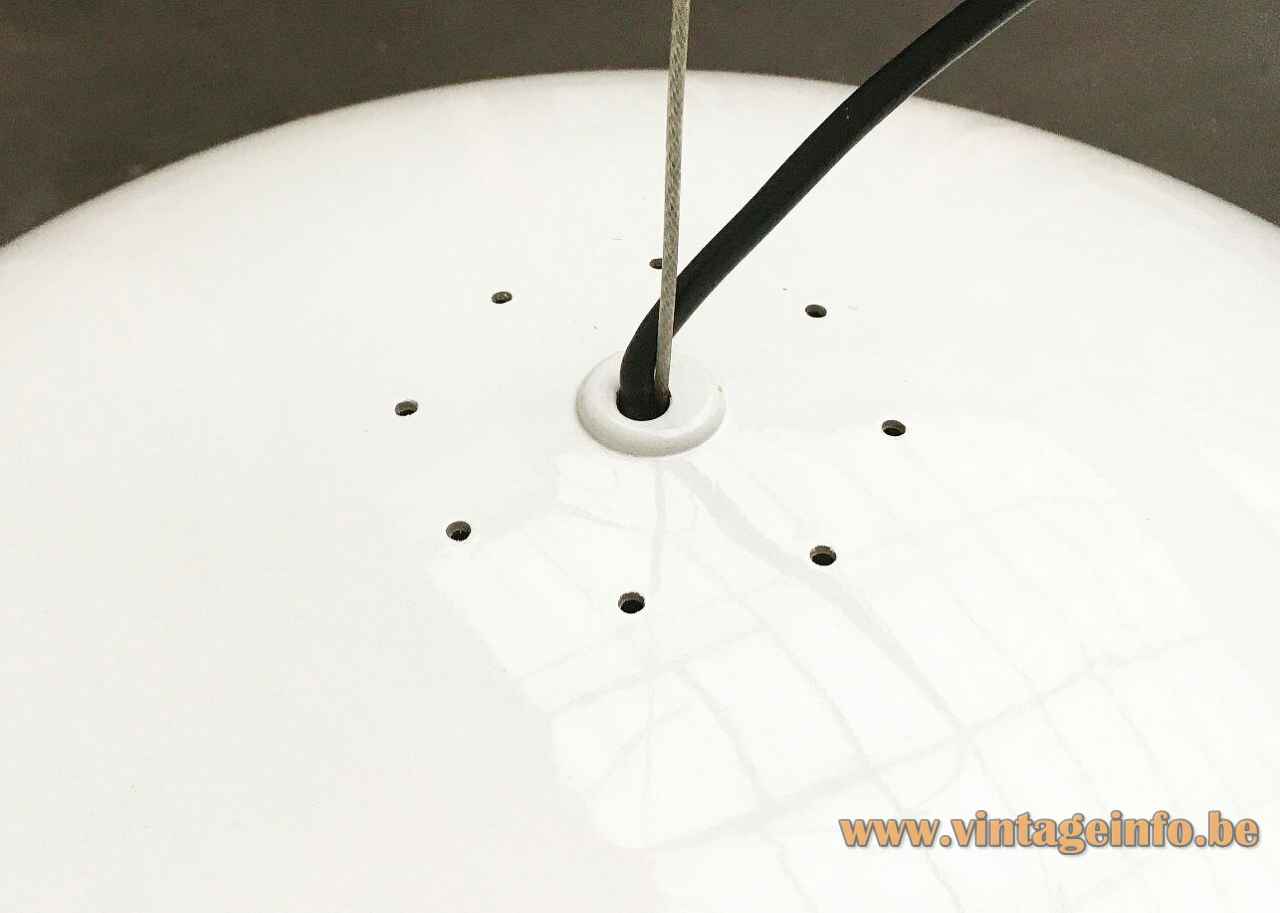 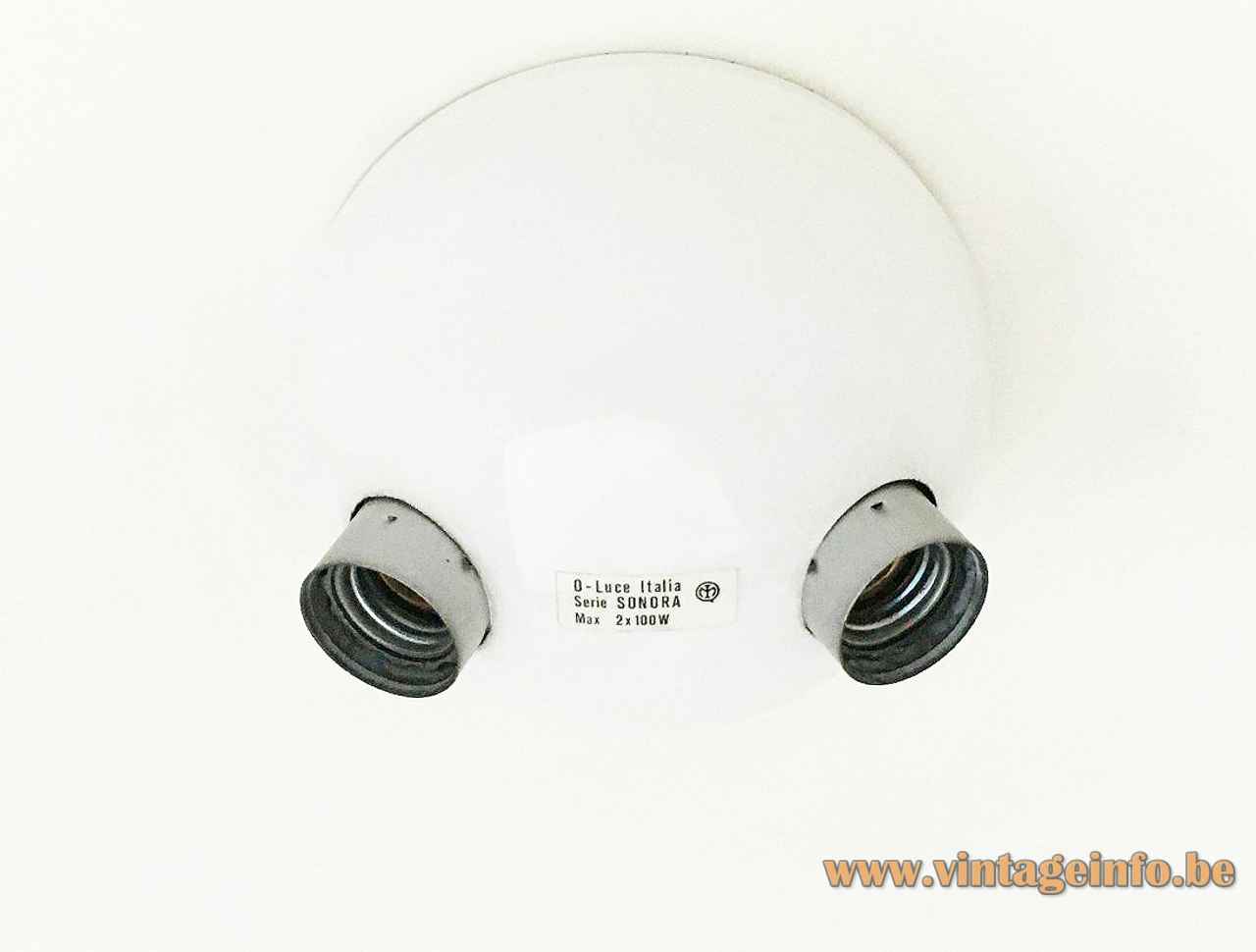 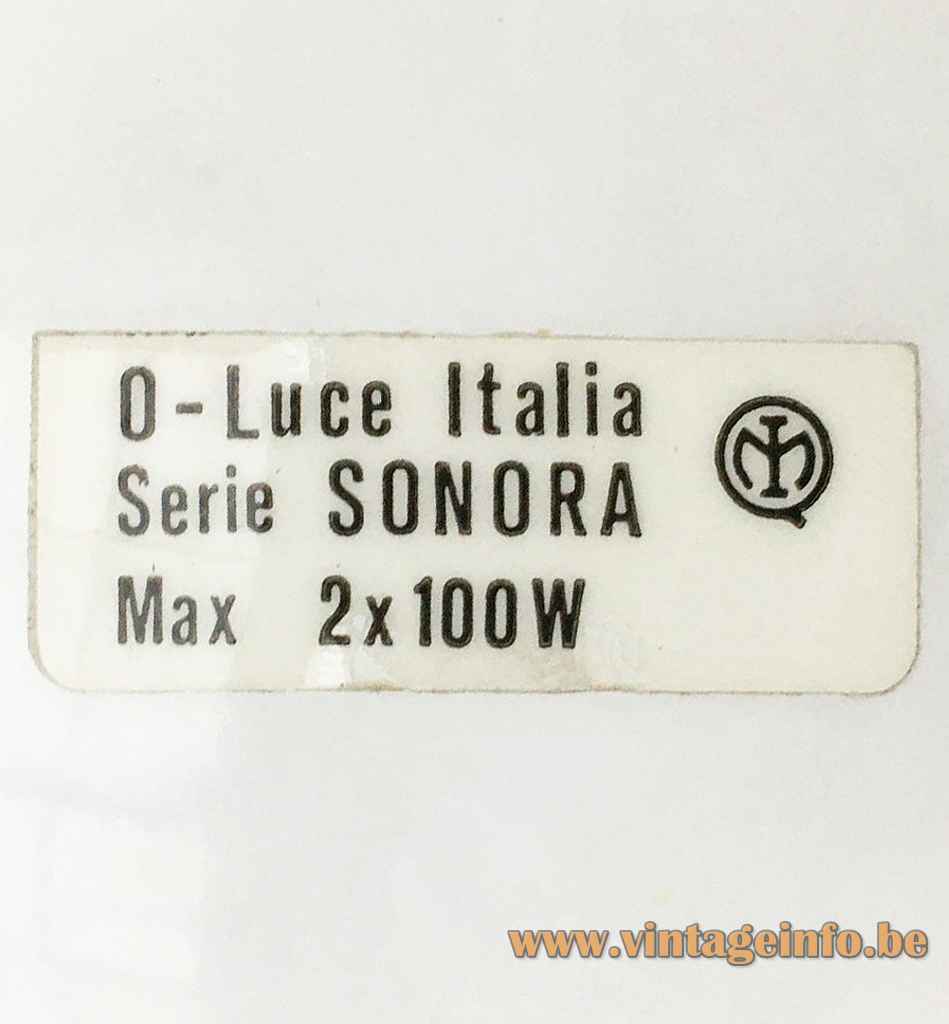 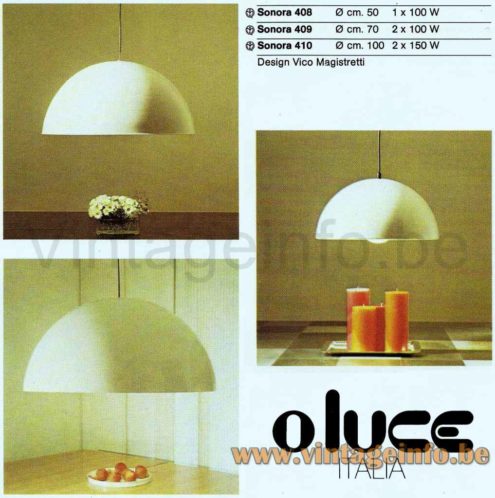 Materials: Half round white painted mushroom lampshade, painted white on the inside. Steel wire. Some metal parts. 2 metal E27 sockets.

The lampshade is similar to the shade of the Oluce Atollo table lamp, designed a year later in 1977.

Vico Magistretti was an Italian industrial designer, furniture designer, light designer and architect. He also designed another famous lamp for Oluce, the Atollo table lamp. You can find it here on Vintageinfo.

For many years, Magistretti was art director and chief designer of the Oluce company. Conferring his unmistakable stamp and a legacy of worldwide recognition. Kuta, Lester. Nara, Idomeneo, Pascal. Dim, Sonora. Snow, and especially Atollo – all became names that instantly called to mind the corresponding product. Atollo even became a sort of template. A graphic silhouette that immediately rendered the concept of a “lamp”.

Visit the studio museum and discover more about Vico Magistretti work as designer and architect. The studio museum is open on Tuesday, Thursday and Saturday. More info on the website of the museum. http://www.vicomagistretti.it/en/museum/practical

Interview with Vico Magistretti on Designboom