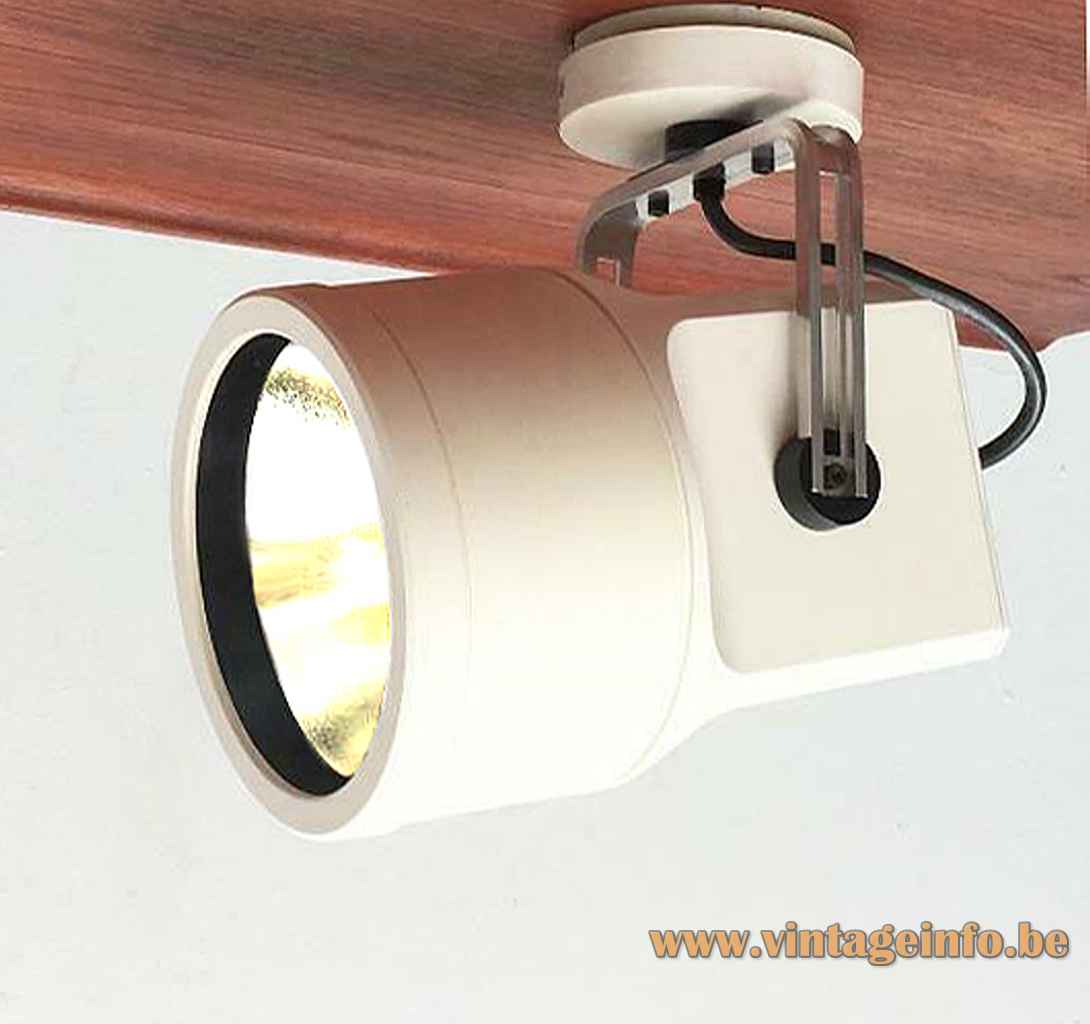 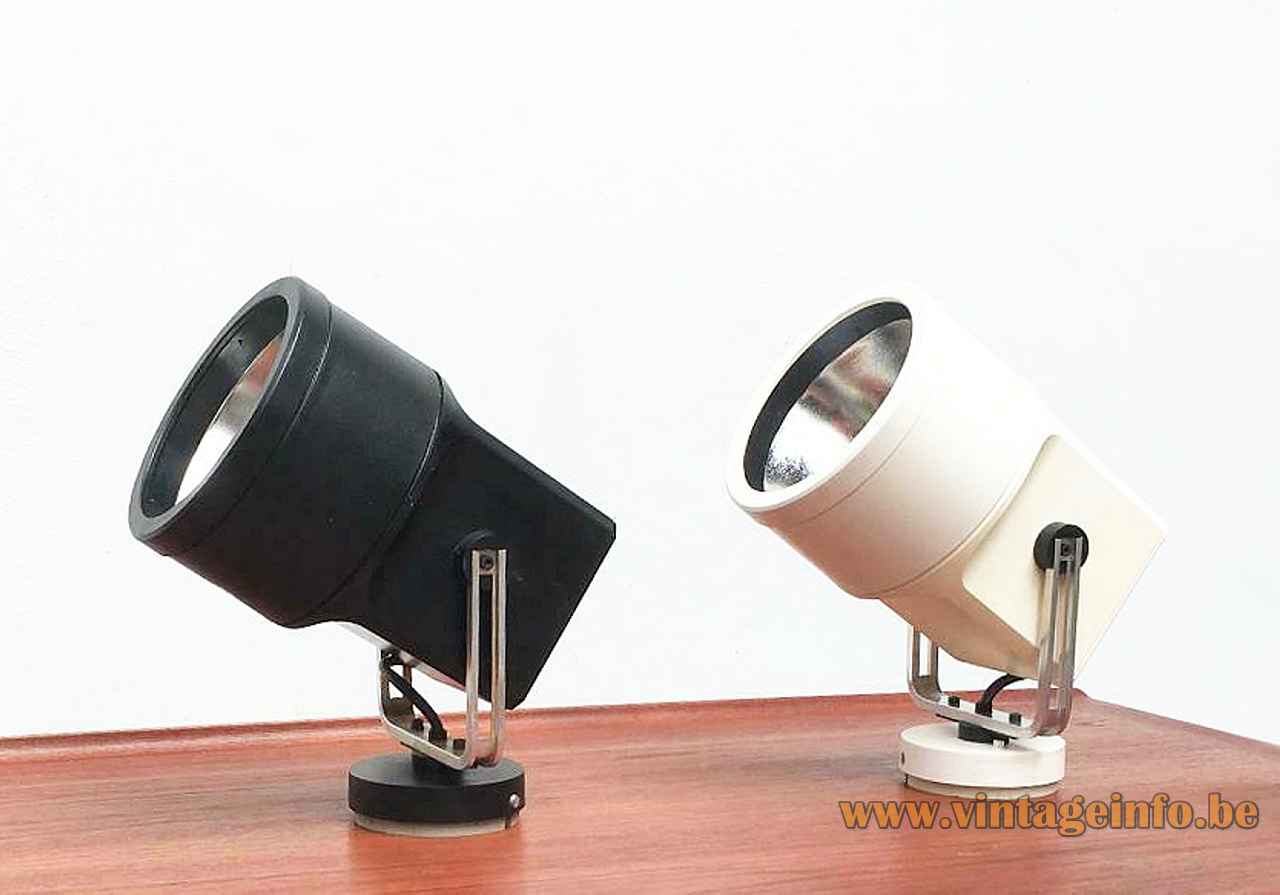 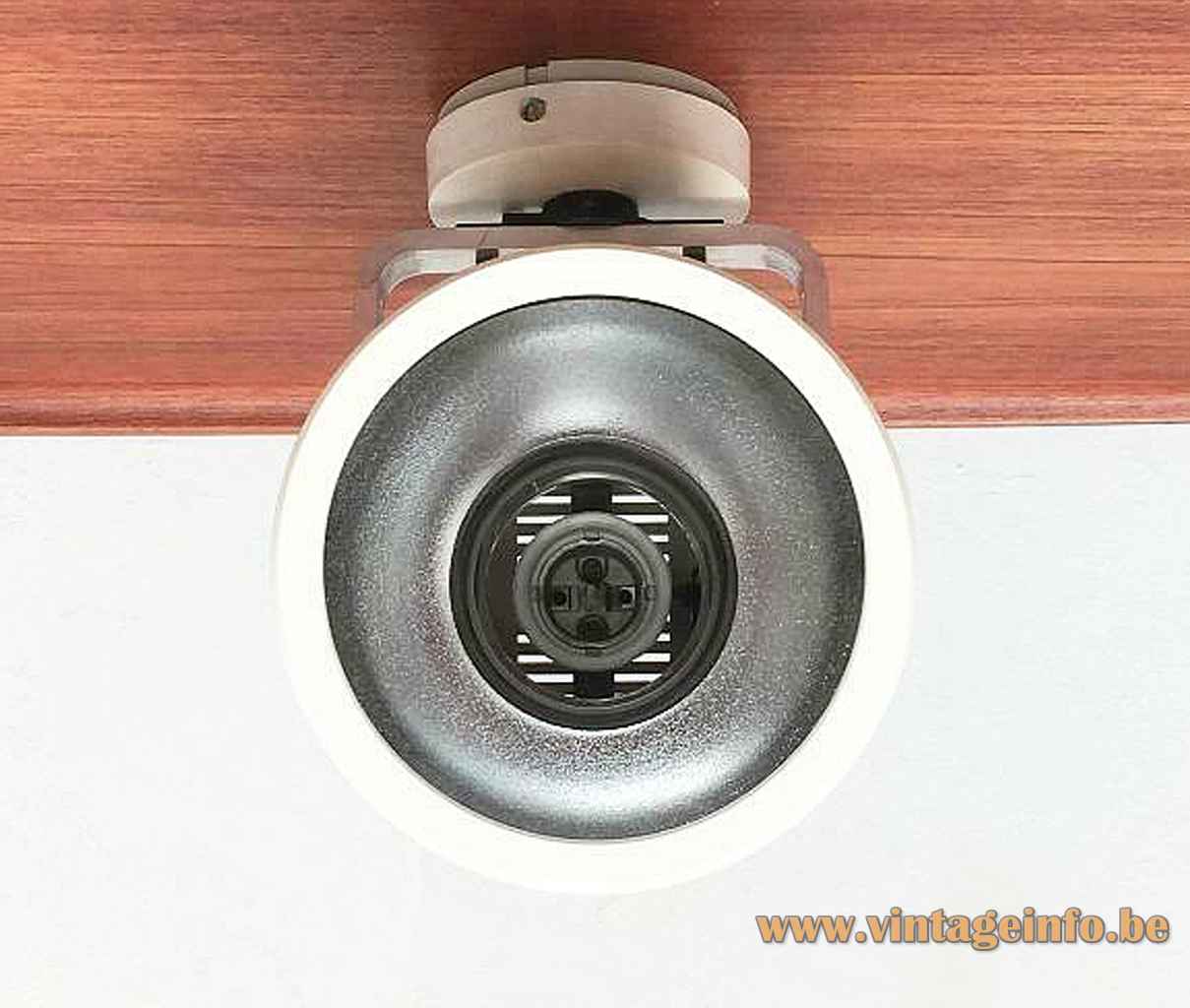 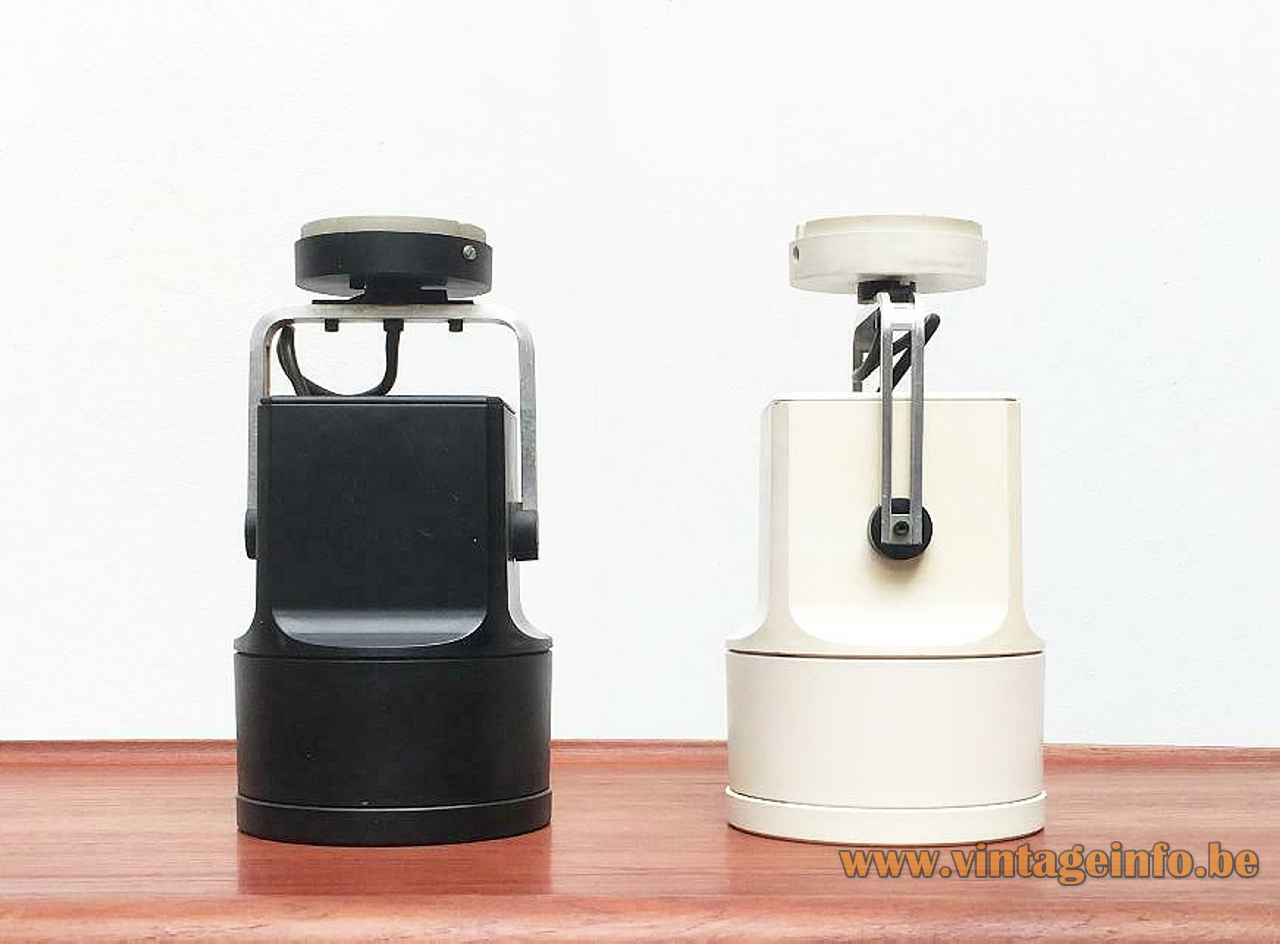 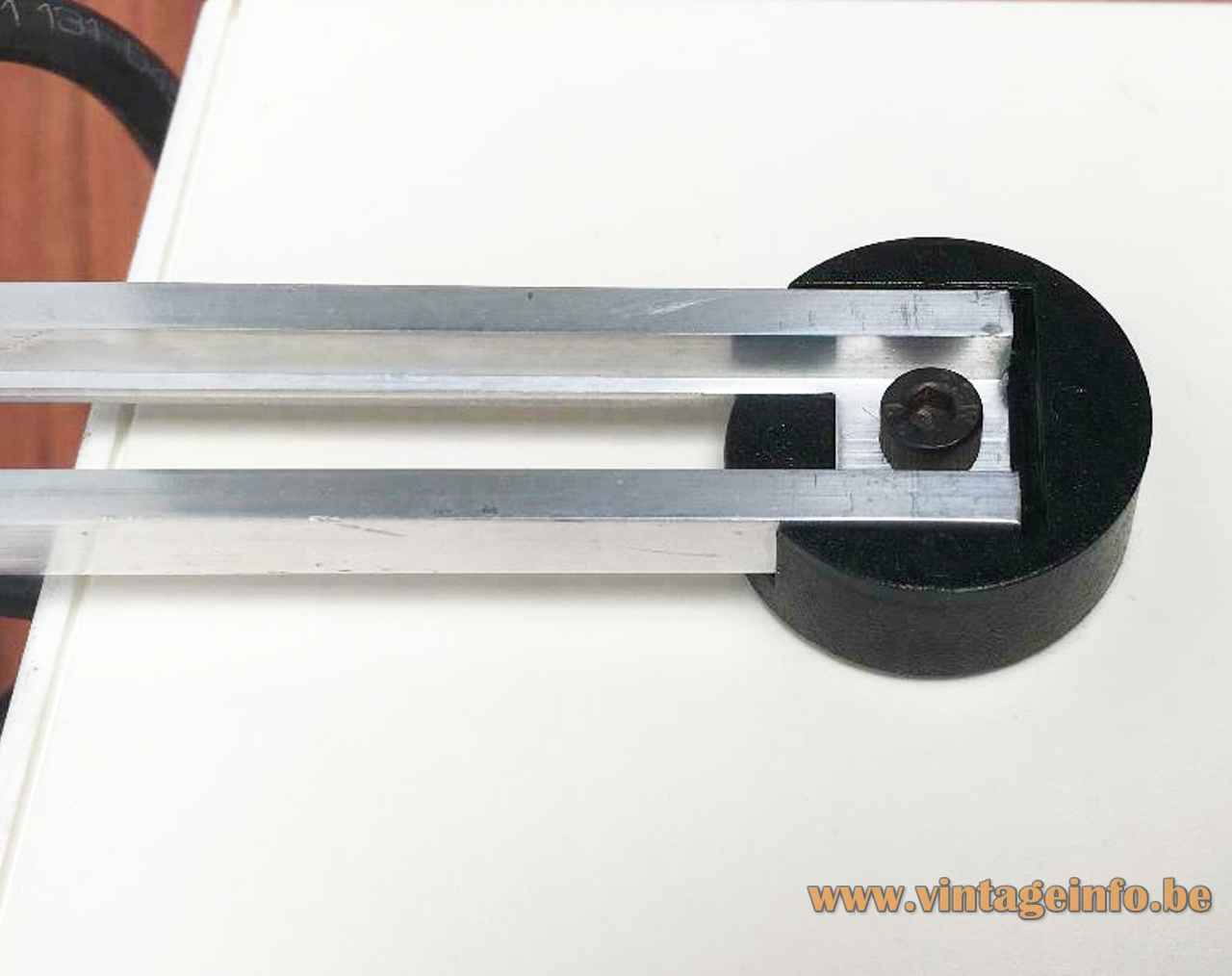 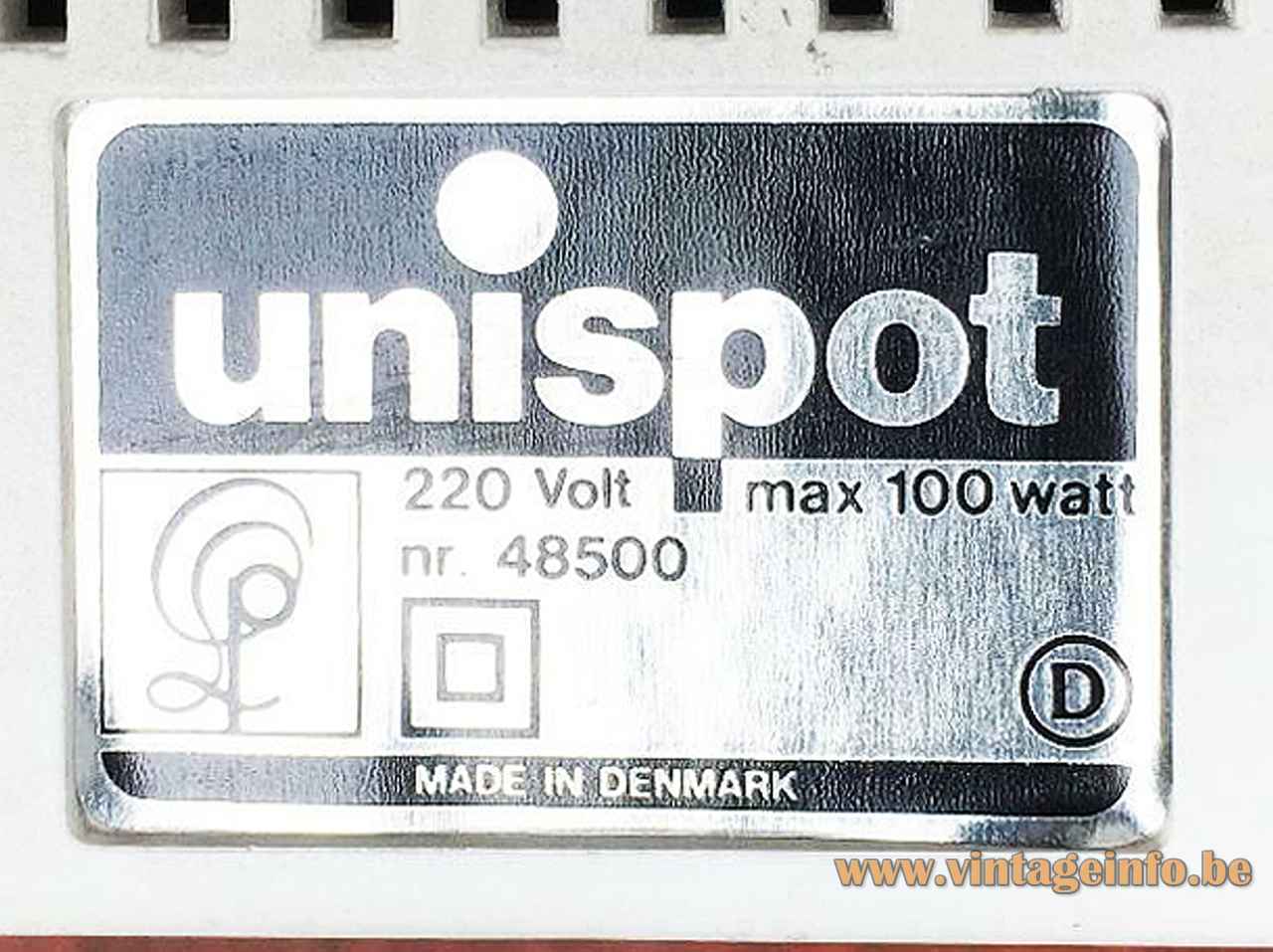 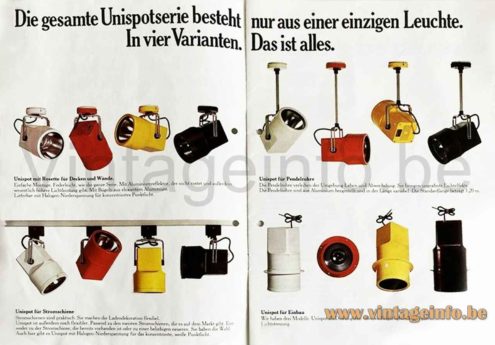 Other versions: This Louis Poulsen Unispot lamp exists in several colours and variations, as you can see. This spotlight is model 48500, also named Lillebror (Little brother). This lamp series received an iF Design Award in 1972.

The first Unispot was black, in 1972 white red and yellow were added to the line. Later followed up by the smaller version Lillebror.

The Louis Poulsen Unispot lamp  is described in detail in the excellent book Danish Lights – 1920 to Now.

Bent Gantzel-Boysen was head of Louis Poulsen’s design team in the 1970s, who stood behind lamps like the 1972 IT series and the PH 80 table and floor lamps, drawn in 1974, to celebrate Poul Henningsen’s (1894 – 1968) 80th birthday. He also designed the LamPetit table lamp in 1966. The design of the LamPetit lamp is often wrongly attributed to Verner Panton. You can find it over here.

Later in the 70s Bent Gantzel-Boysen went on to draw lamps for IKEA with his own firm. One of the more spectacular lamps from 1983 was the Duett pendant lamp with six coloured metal screens. You can find it over here. He designed lamps for IKEA in the period 1979 – 1987.

iF Design Award for the Unispot spotlight