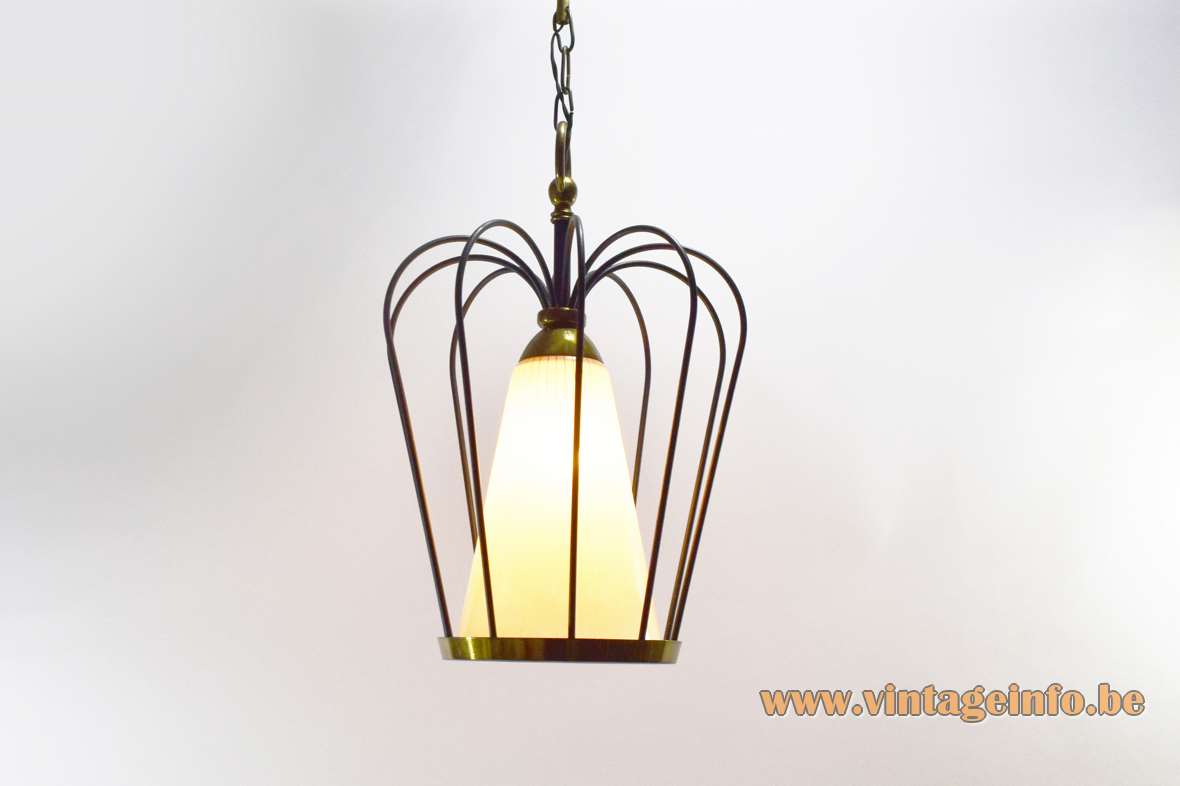 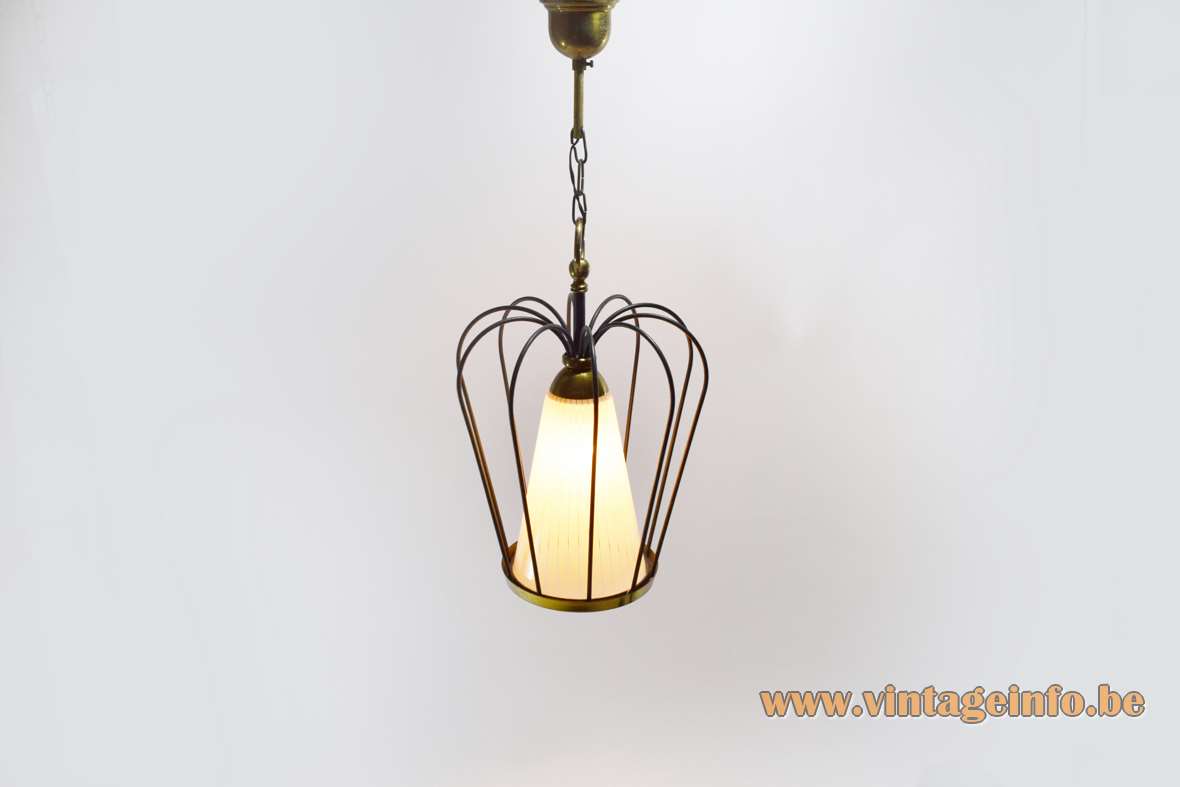 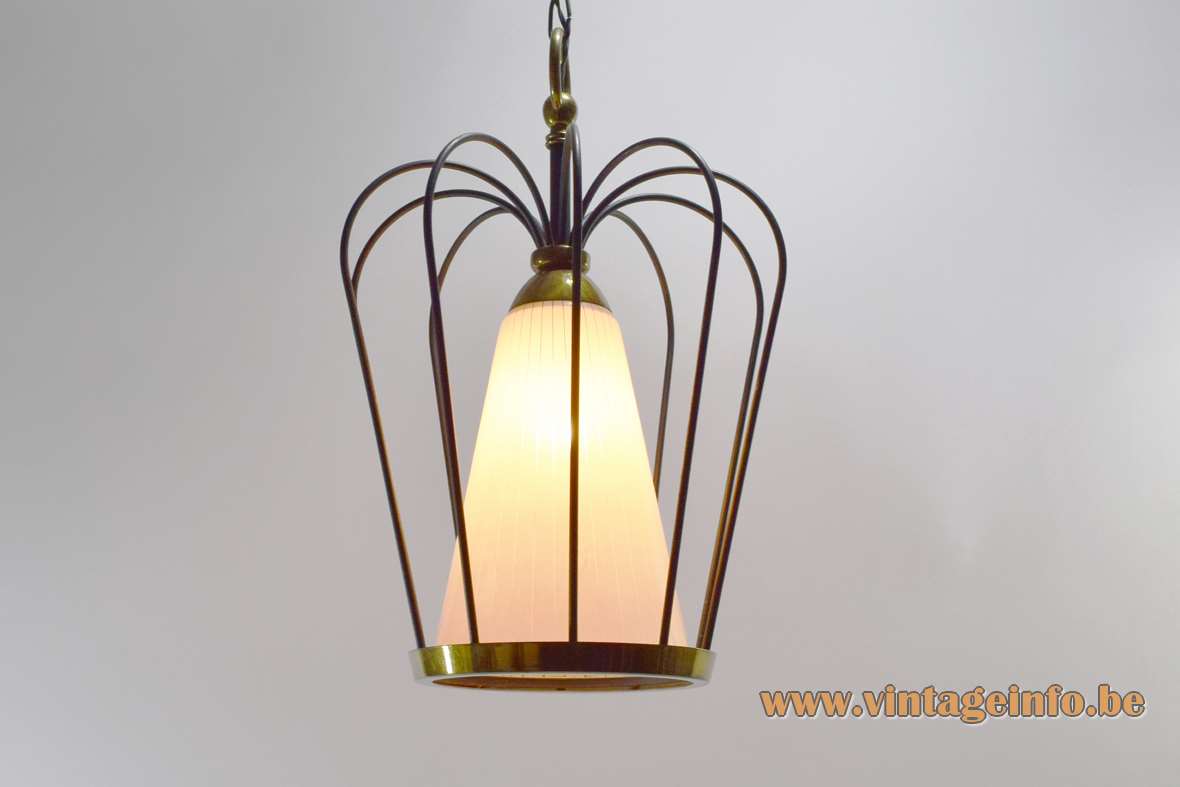 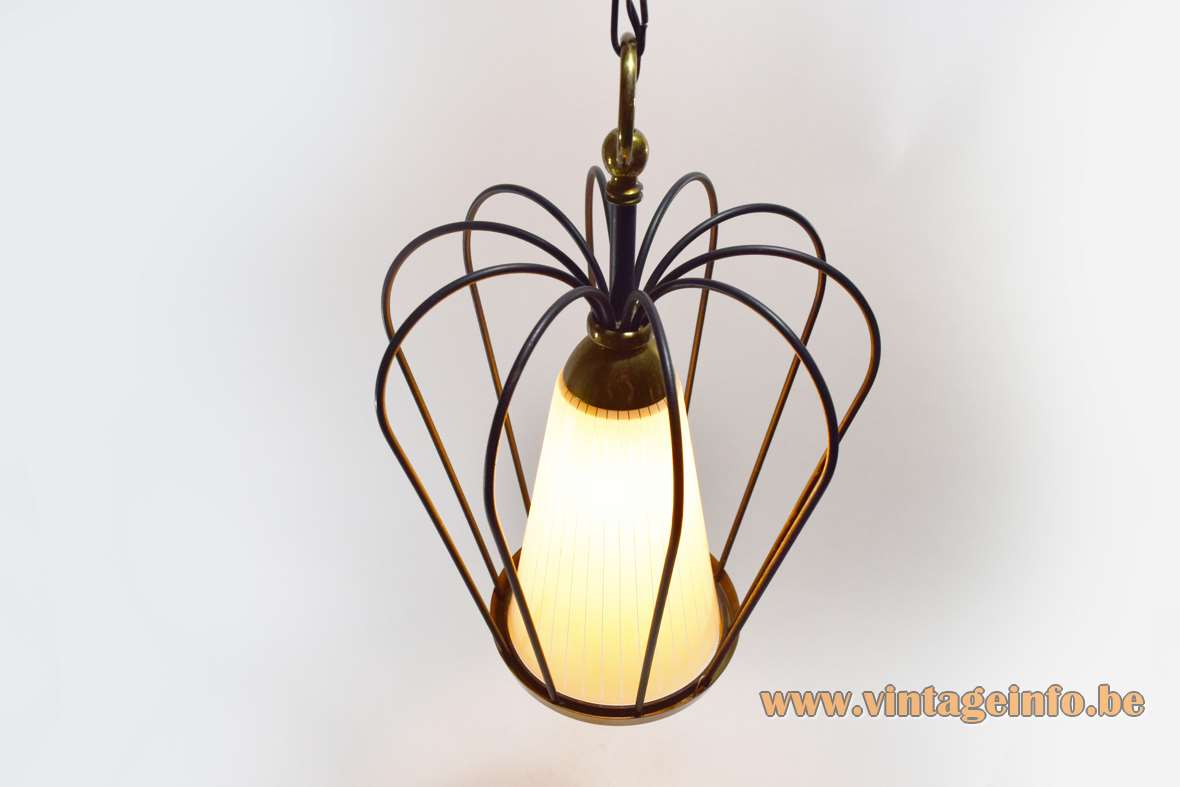 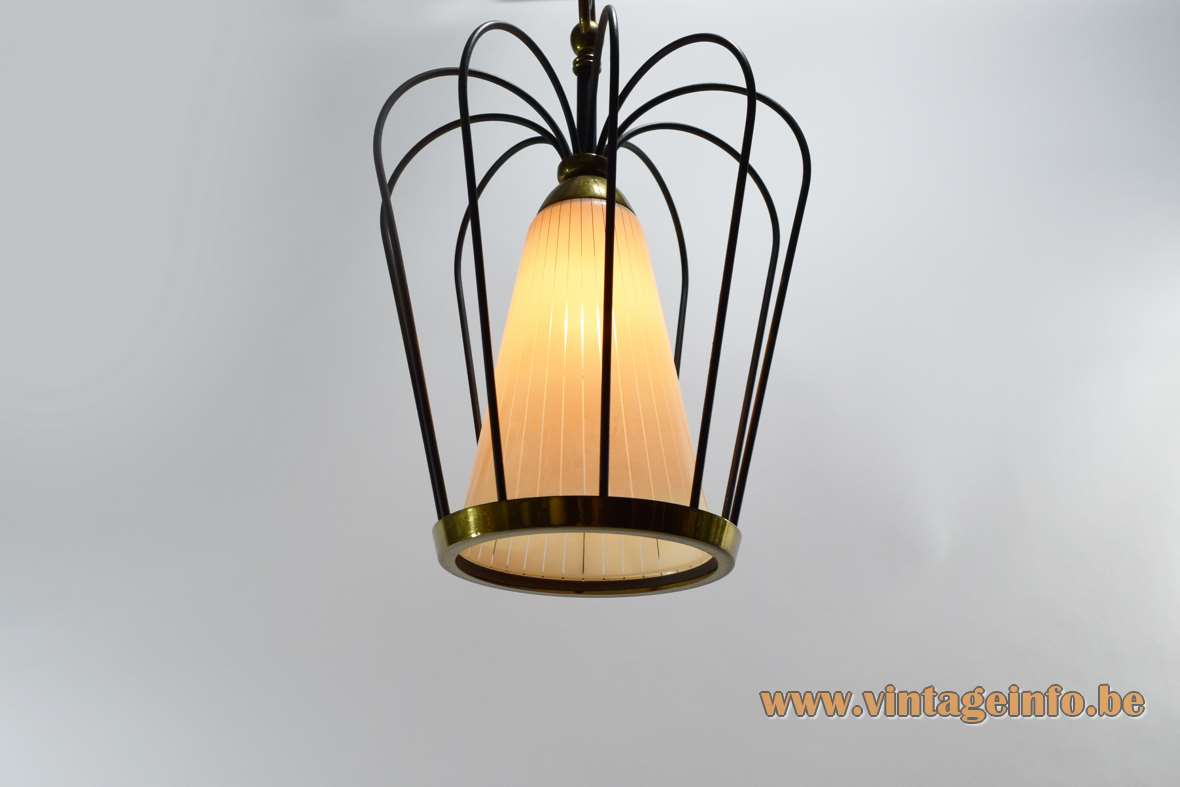 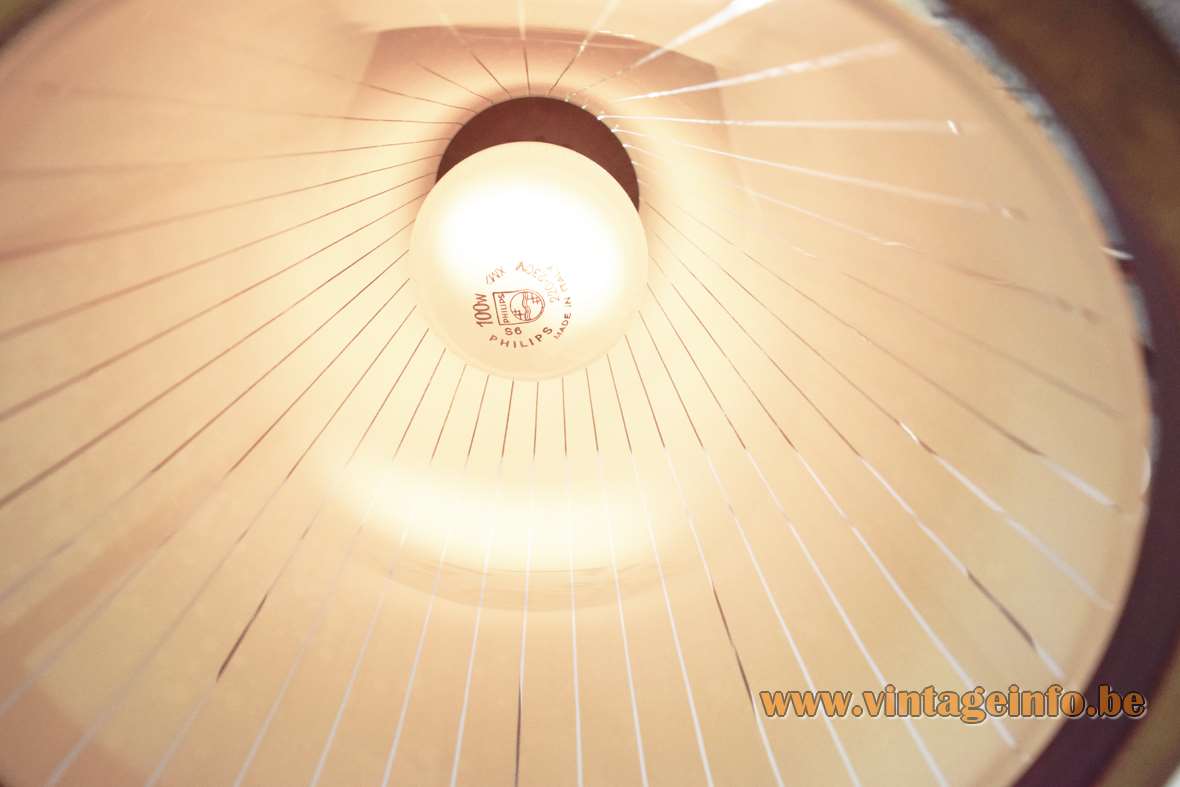 Other versions: It is unknown if this 1950s caged pendant lamp was made in several versions. But in all probability it is.

The brass of this lamp is made black in the factory with a chemical process, it is not painted. The easiest and probably the cheapest way to do that is with ammonia.

Caged pendant lamps like this one are often attributed to famous Italian companies from that period. However, caged lamps have been made for a long time around the world, as you can see in the 1955 catalogue picture from Lightolier. They even existed with candles long before there was electricity.

In all probability this 1950s caged pendant lamp is a Belgian light produced by Massive.

All the electric parts were made by VLM Components in the 1950s. The company was founded in 1945 in Buccinasco, a small village near Milan, Italy. The company became famous for the switches they produce since 1968, designed by Achille Castiglioni. You can find them over here. 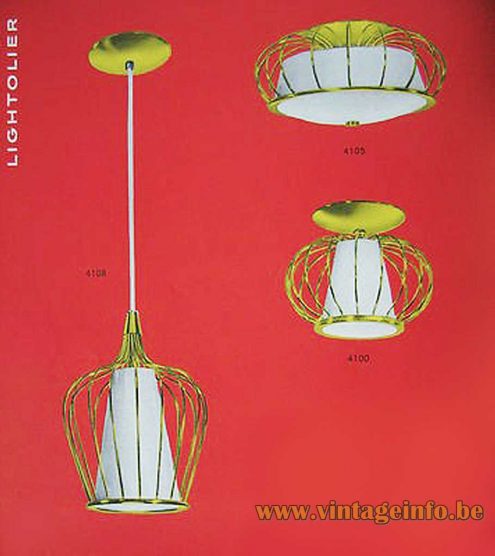