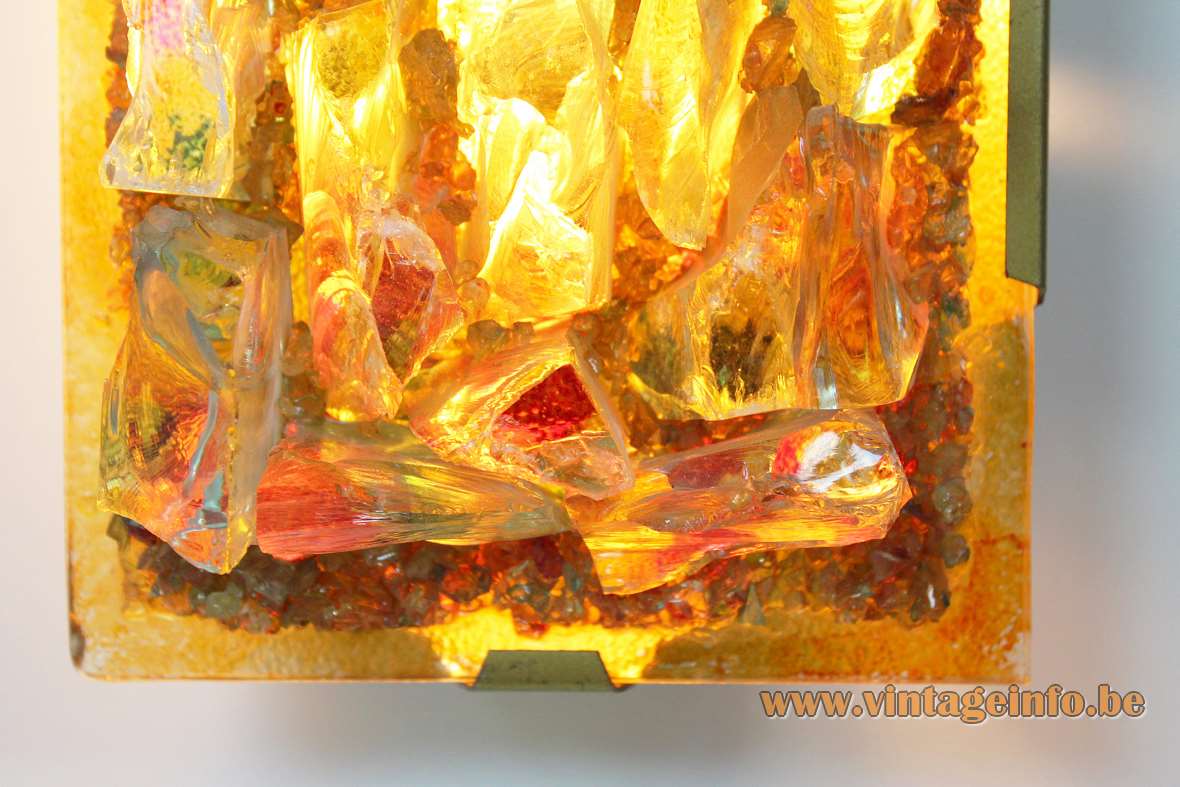 Other versions: This Cosack broken glass wall lamp was made in several colours and sizes.

Probably inspired by a design by Willem van Oyen Sr. for Raak Amsterdam: the Chartres wall lamp. Several light companies in Europe produced their version of the Chartres lamps.