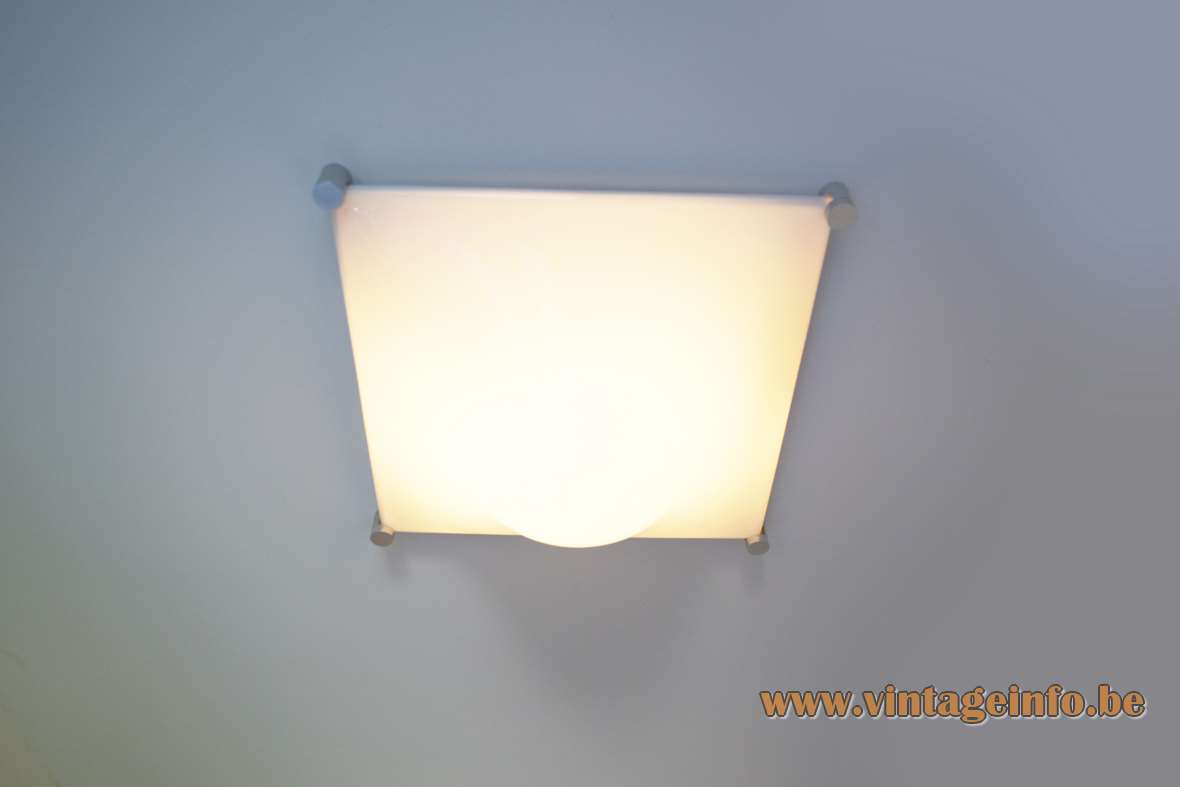 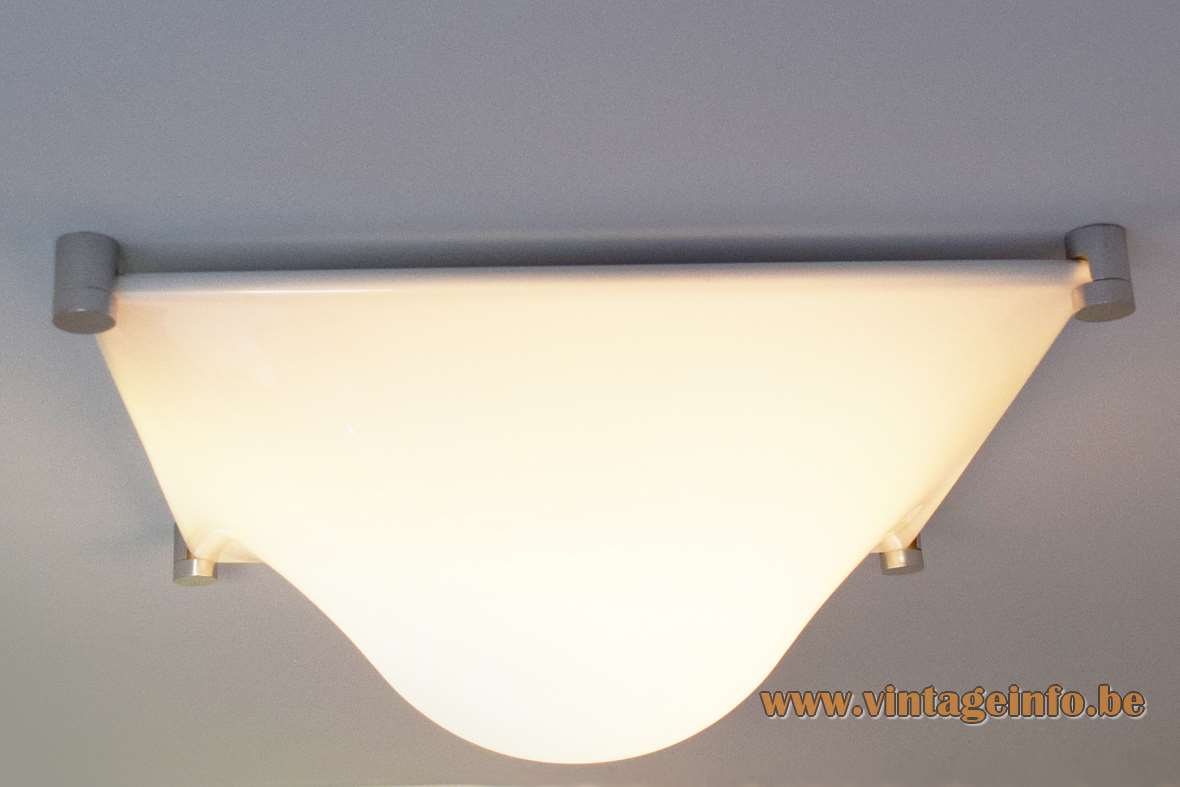 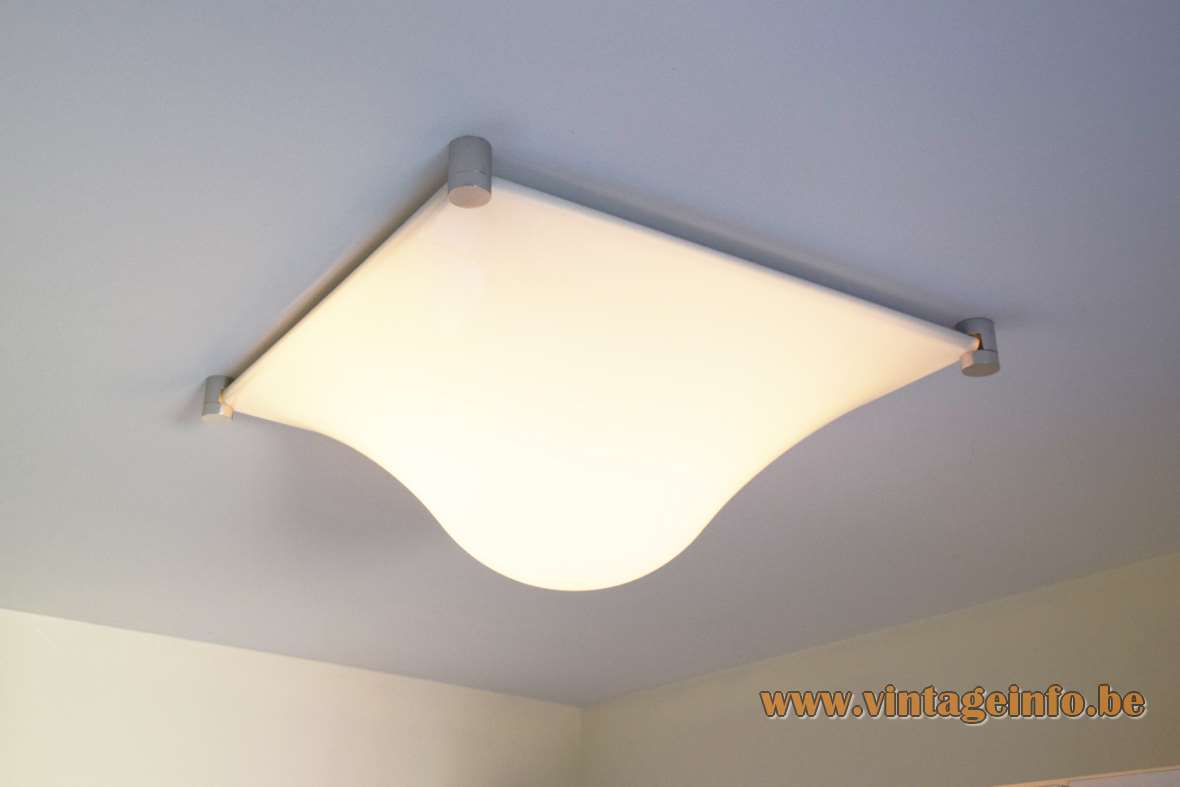 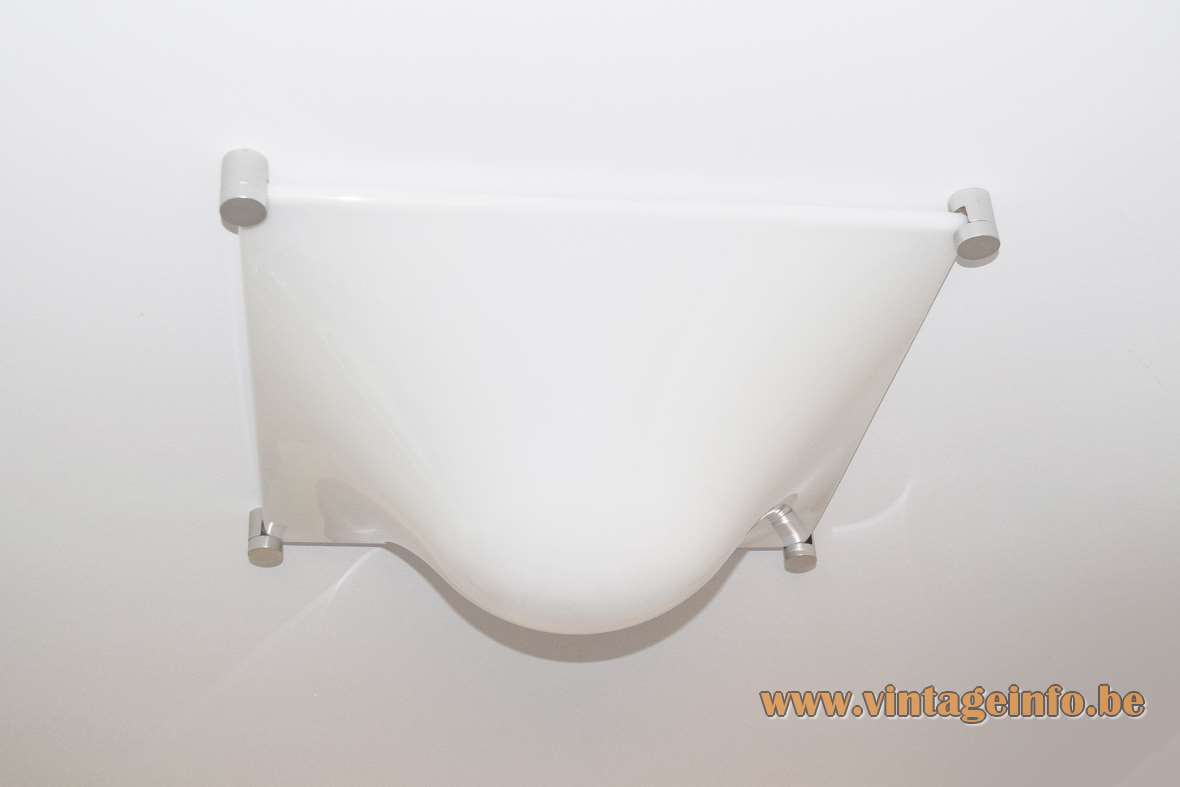 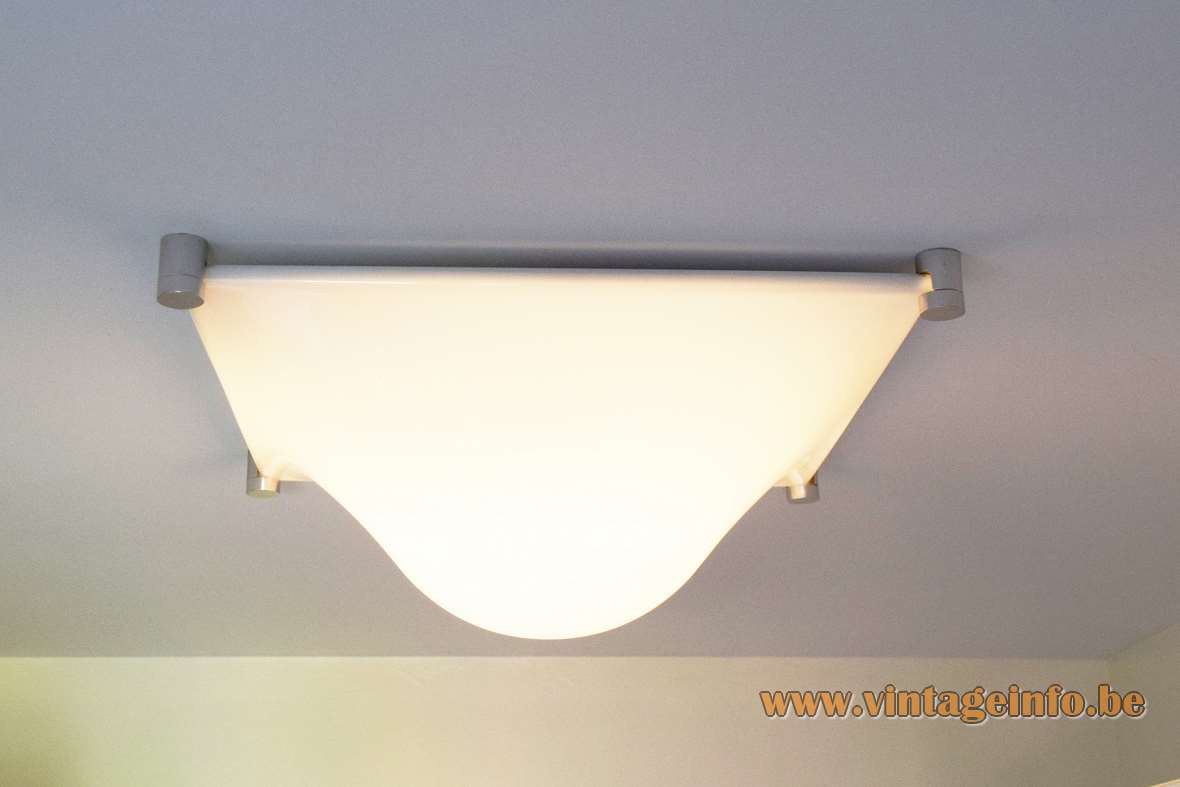 2 Martinelli Luce Bolla wall lamps appear in 2019 on Fashion TV in a commercial for Fleur of England, a range of luxury lingerie. 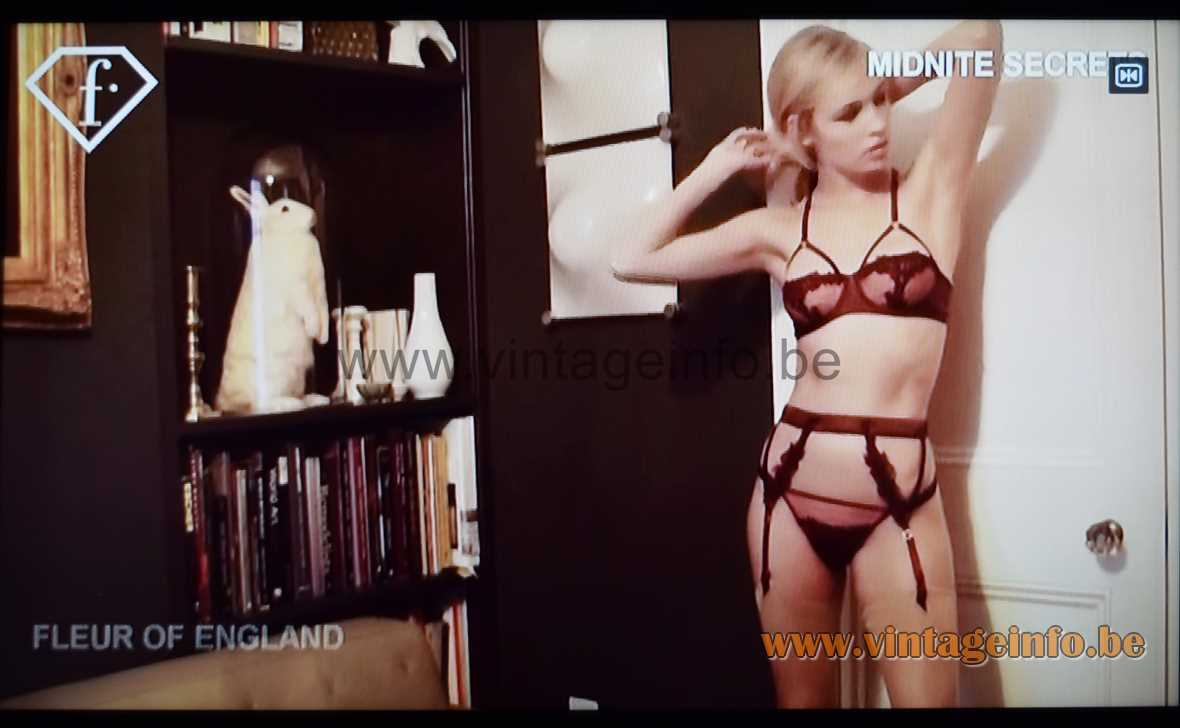 These lamps were made with incandescent light bulbs or 1 or 2 circular fluorescent tubes.

Elio Martinelli was born in Lucca, Tuscany in 1921. He studied as a set designer at the Institute of Fine Arts in Florence. At first he worked for  his father’s business within the lighting sector. Soon he began designing and installing his own lighting systems what resulted in the founding of his own company Martinelli Luce in 1950.

Elio Martinelli designed many famous lamps, some of them are still in production. The Biconica, Cavallo Pazzo, Cobra, Foglia, Flex, Geronimo, Nuvole Vagabonde, Serpente, to name the most important.

His works are on display in many design museums around the world. Elio Martinelli worked until his dead in 2004 for the company. 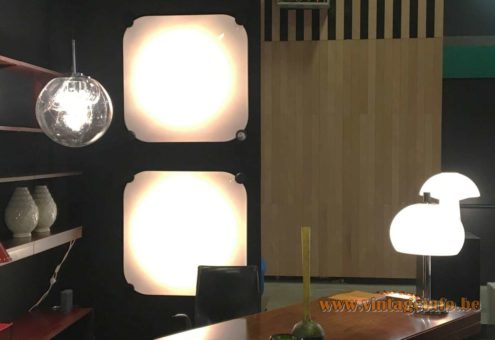