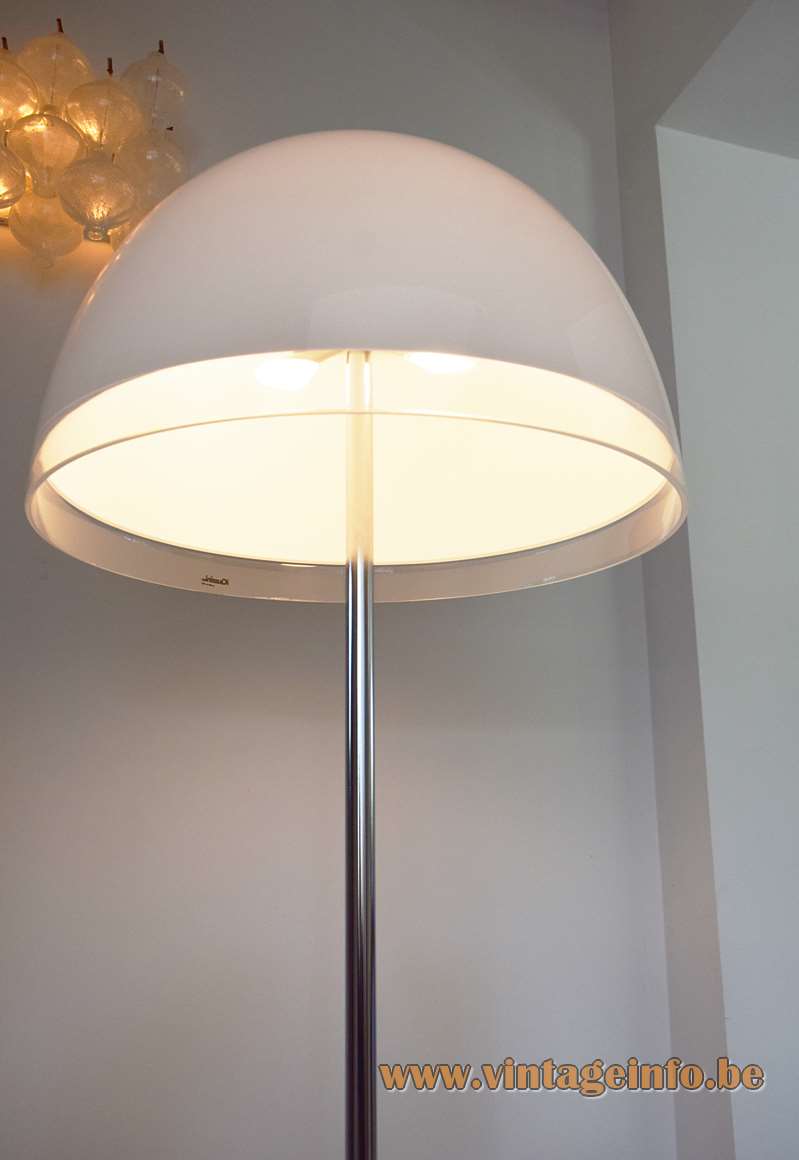 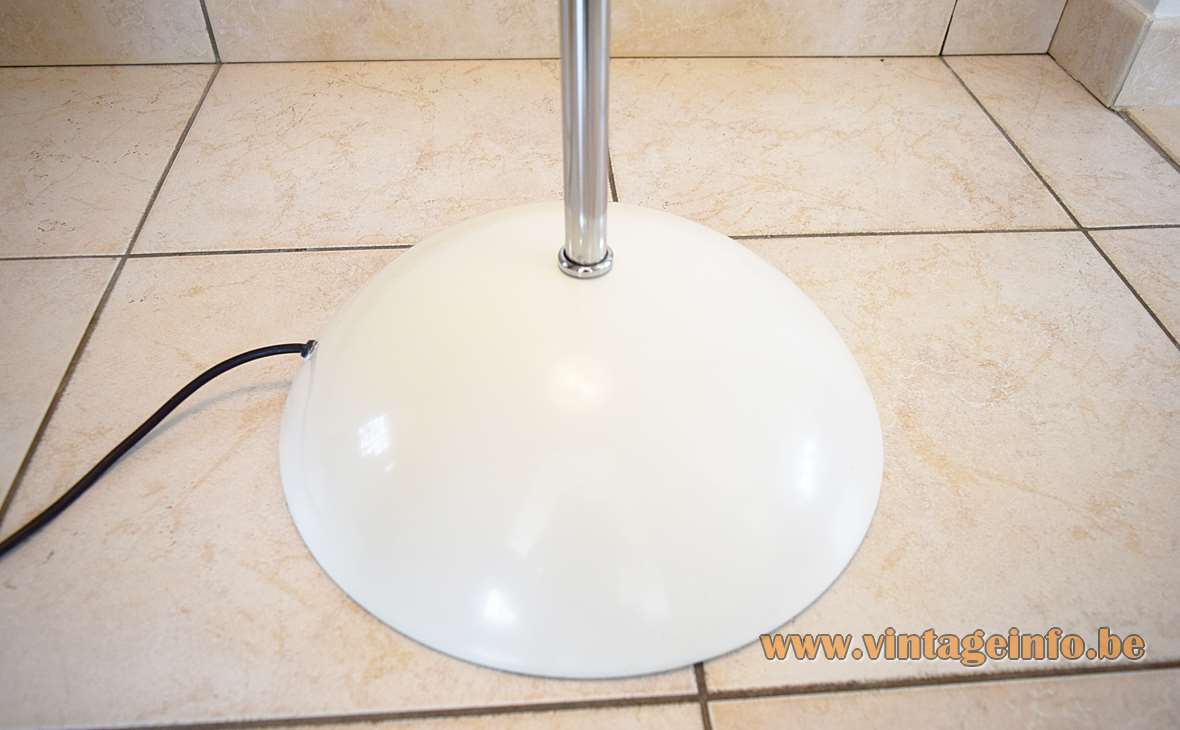 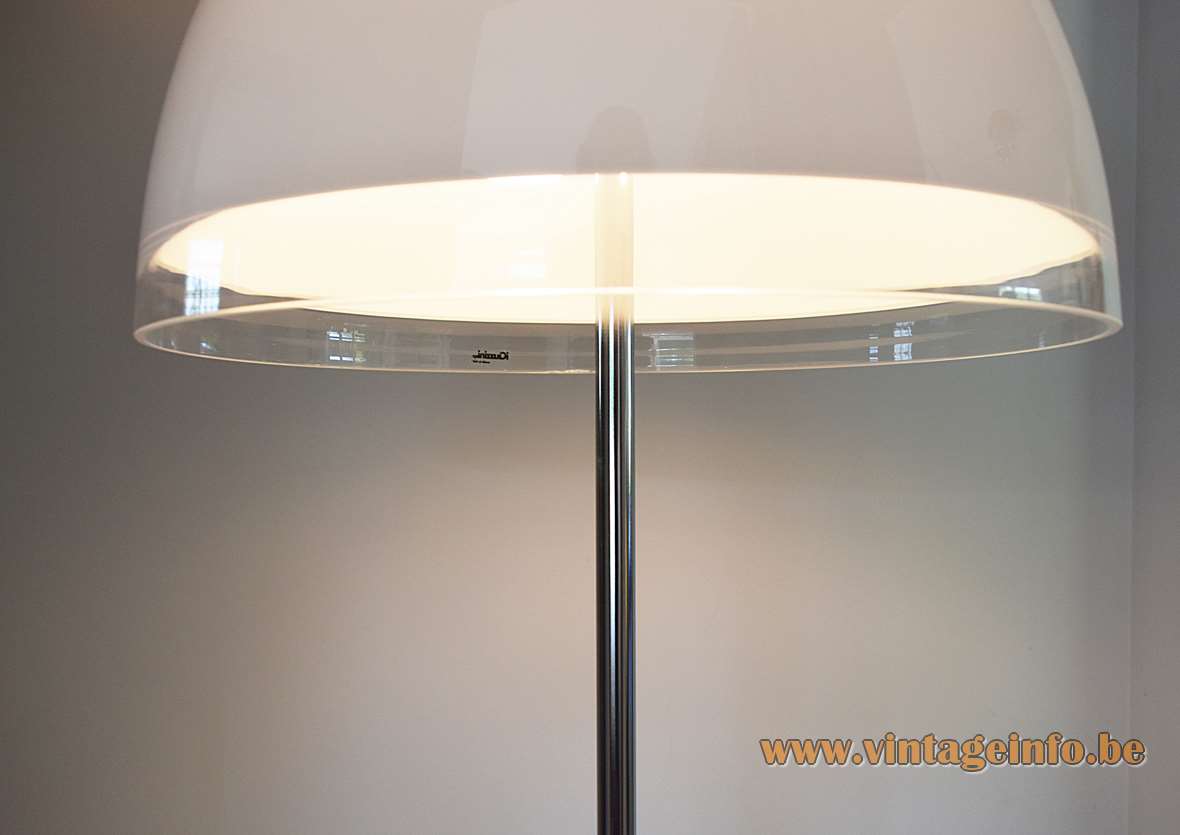 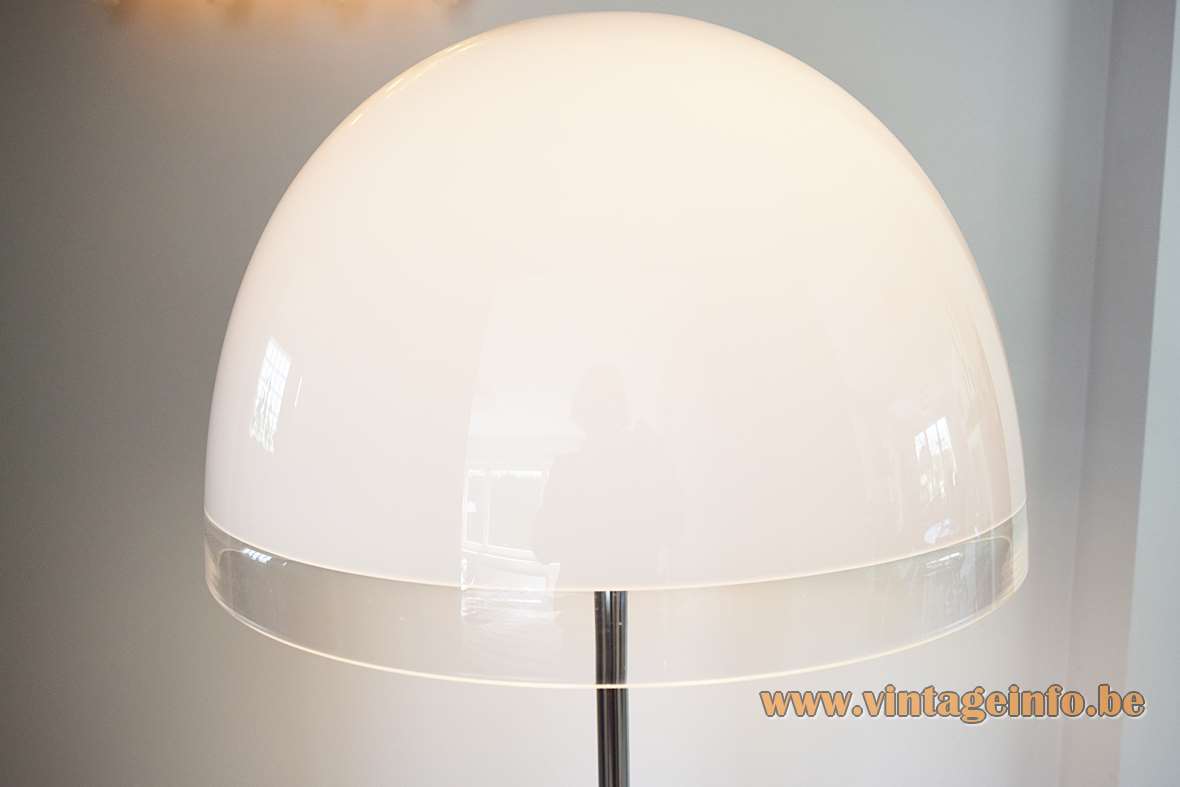 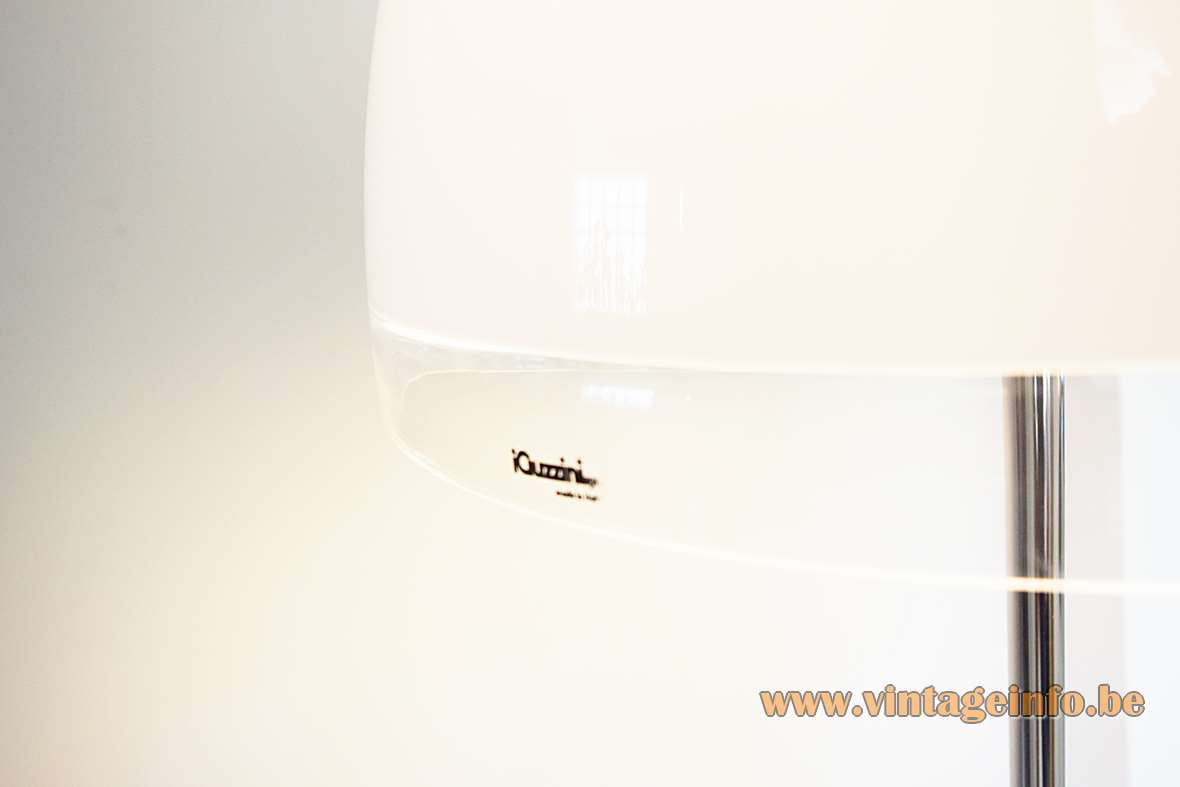 The same idea was also used for a special edition of the Brumbry table lamp.

But there is something strange, except for the movie itself. These lamps have a base such as the Harvey Guzzini Flash. The left one has a flattened top, but the clear acrylic rim is unmistakably a Baobab lampshade. Also a Flash appears in the movie, you can find it over here. 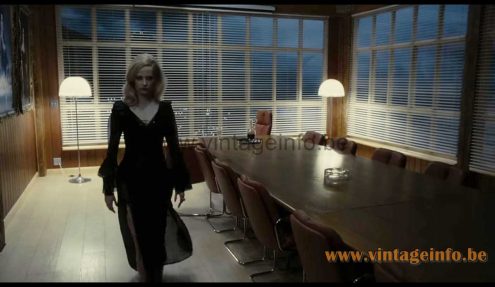 Electricity: 2 bulbs E27, 2 x 60 watt maximum, 110/220 volt.
Any type of light bulb can be used, no specific one is preferred. But a white opal or frosted bulb gives the best result.

Designer:  The design team of iGuzzini.

Other versions: This iGuzzini Baobab floor lamp also exists in black and ochre. Two table lamps (small and big) and a ceiling lamp also exists. In all probability also produced in several other colours. A version was spotted on 1stDibs with a brass base, rod and screw on top. It is not original, it is a so called “Frankenstein” lamp.

iGuzzini illuminazione was established in June 1958 by Raimondo Guzzini (born 1928) under the name Harvey.  Harvey is derived from the famous movie ‘Harvey’ with James Stuart and the invisible rabbit Harvey from 1950.
The initial production of enamelled copper objects was supplemented by decorative luminaires.
In the early sixties it became a family business when his 5 brothers joined the company. In 1962 Luigi Massoni was attracted to lead the design team. He worked for Fratelli Guzzini and Harvey Guzzini until 1976. Luigi Massoni designed many iconic lamps in that period.
The company still exists and changed the name in 1974 into iGuzzini and in 1981 to iGuzzini illuminazione. 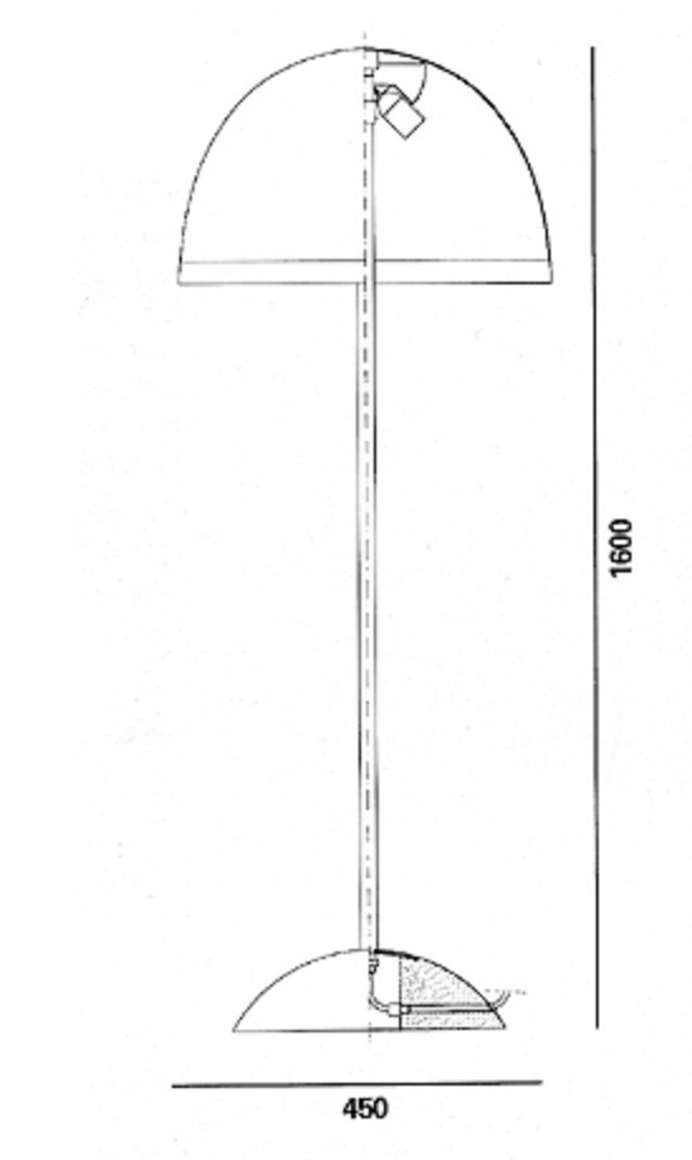 Ochre version, here in bad condition, somewhere in Italy in 2016.

The design of the white and transparent acrylic lampshade was also used for the “Bella di notte” lamp and the “Kuala” lamp of Franco Bresciani.