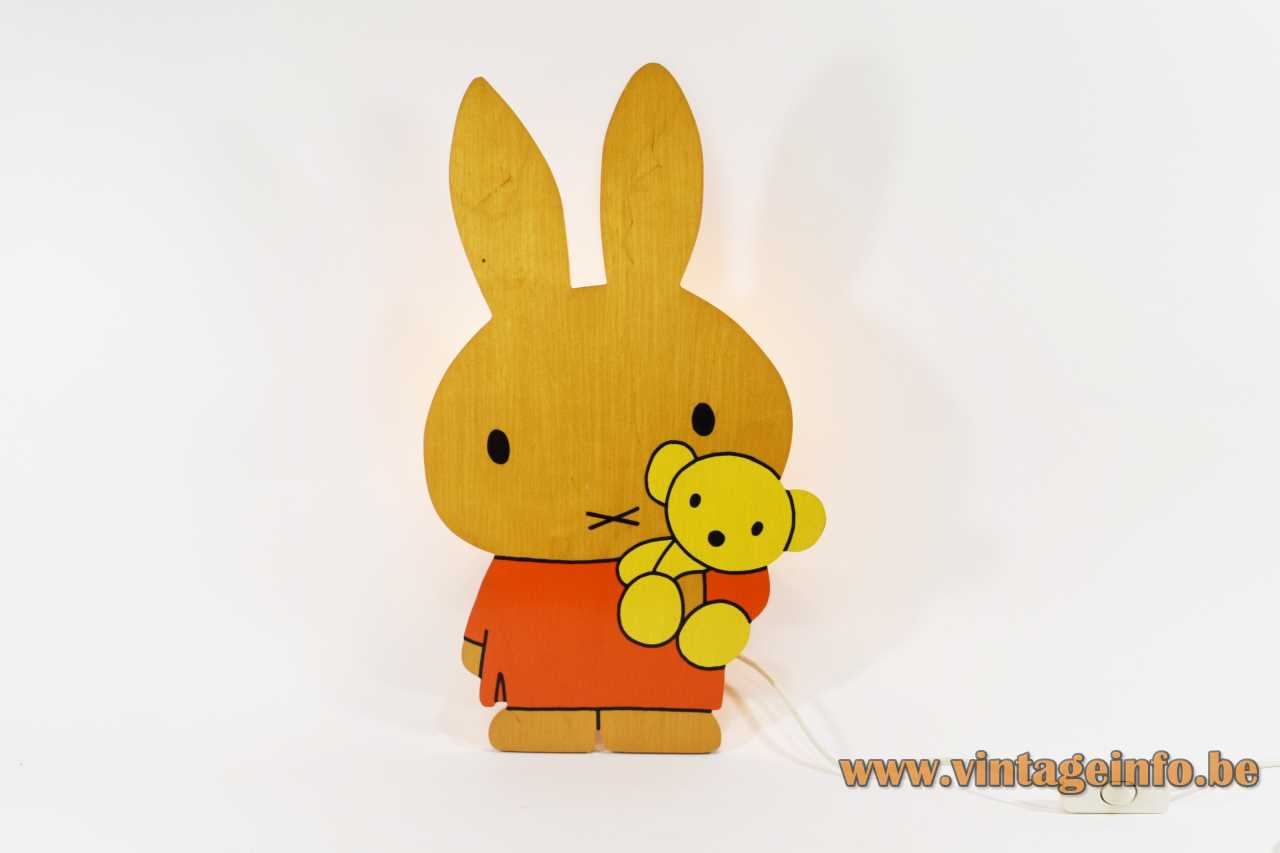 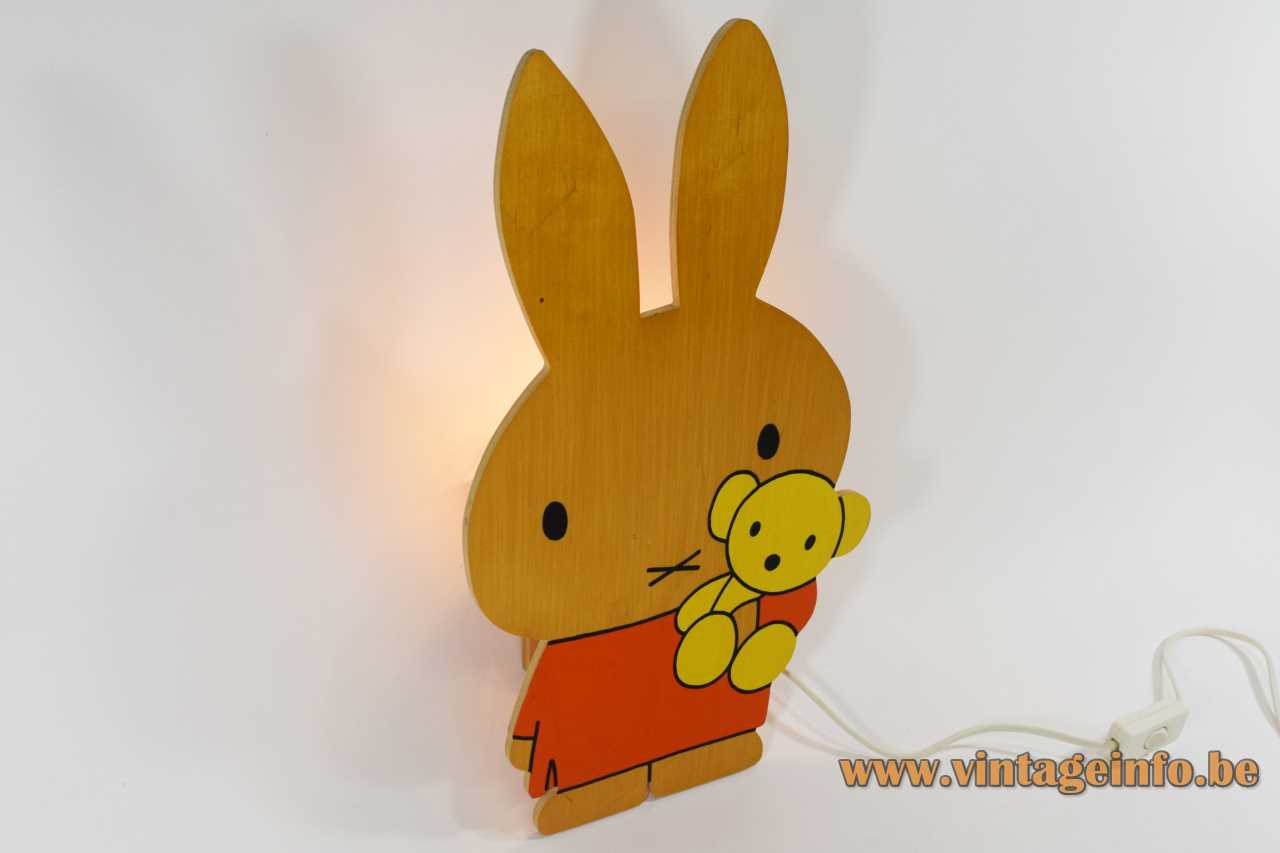 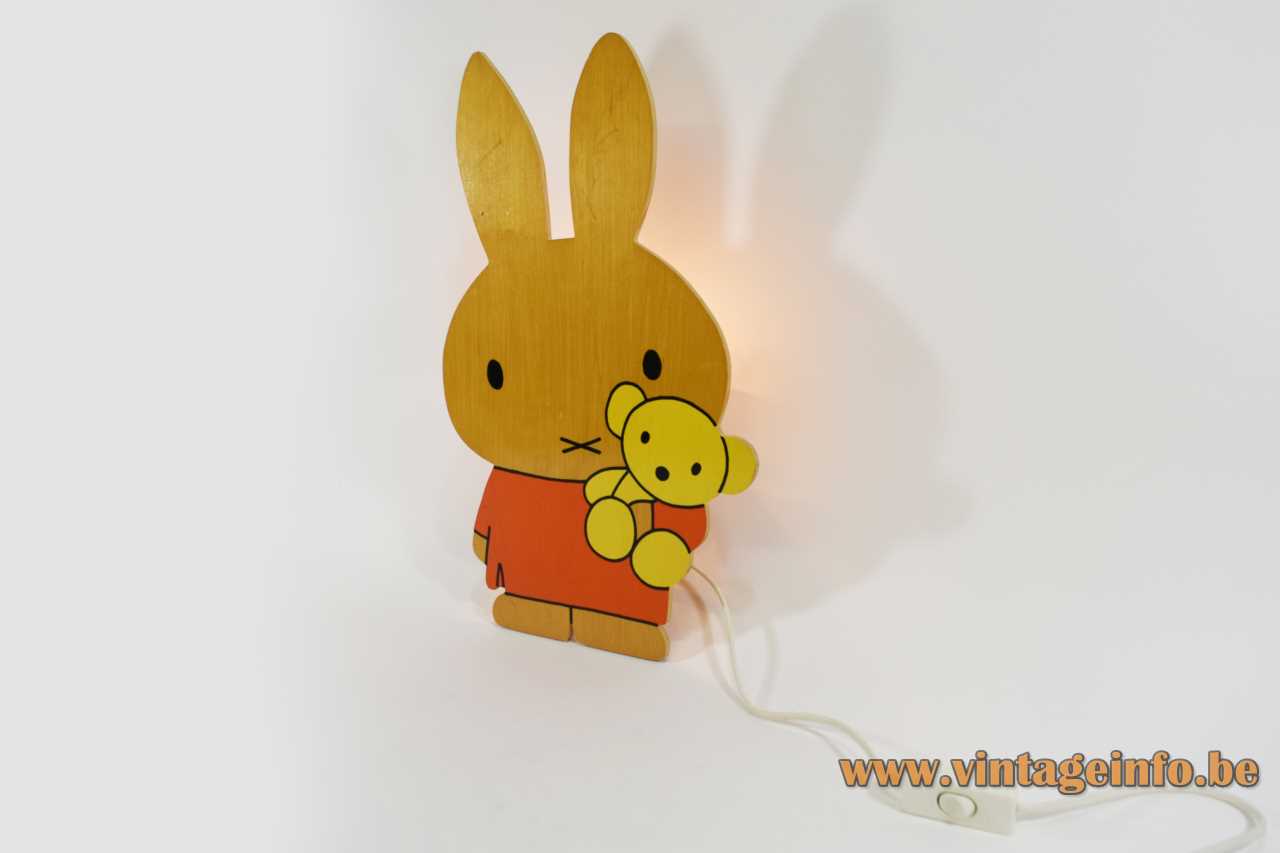 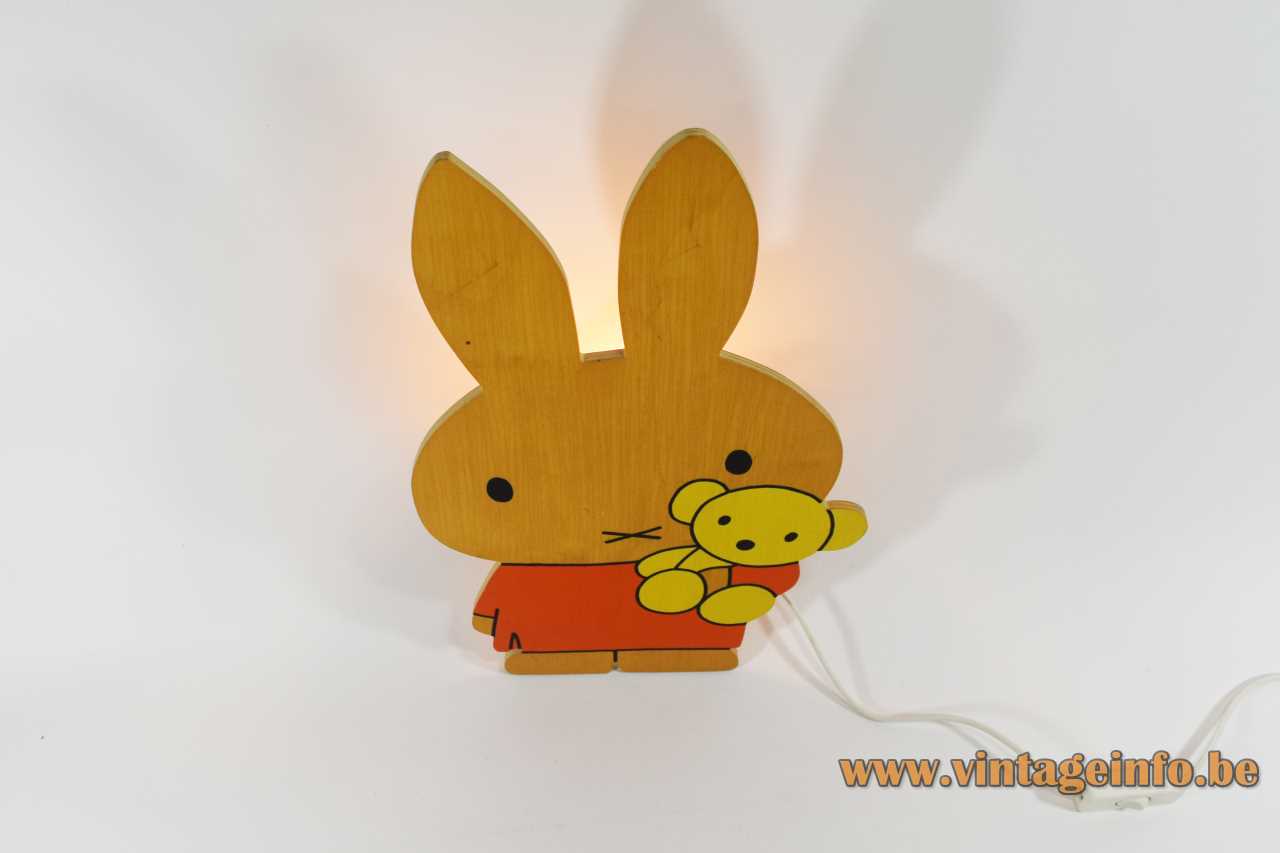 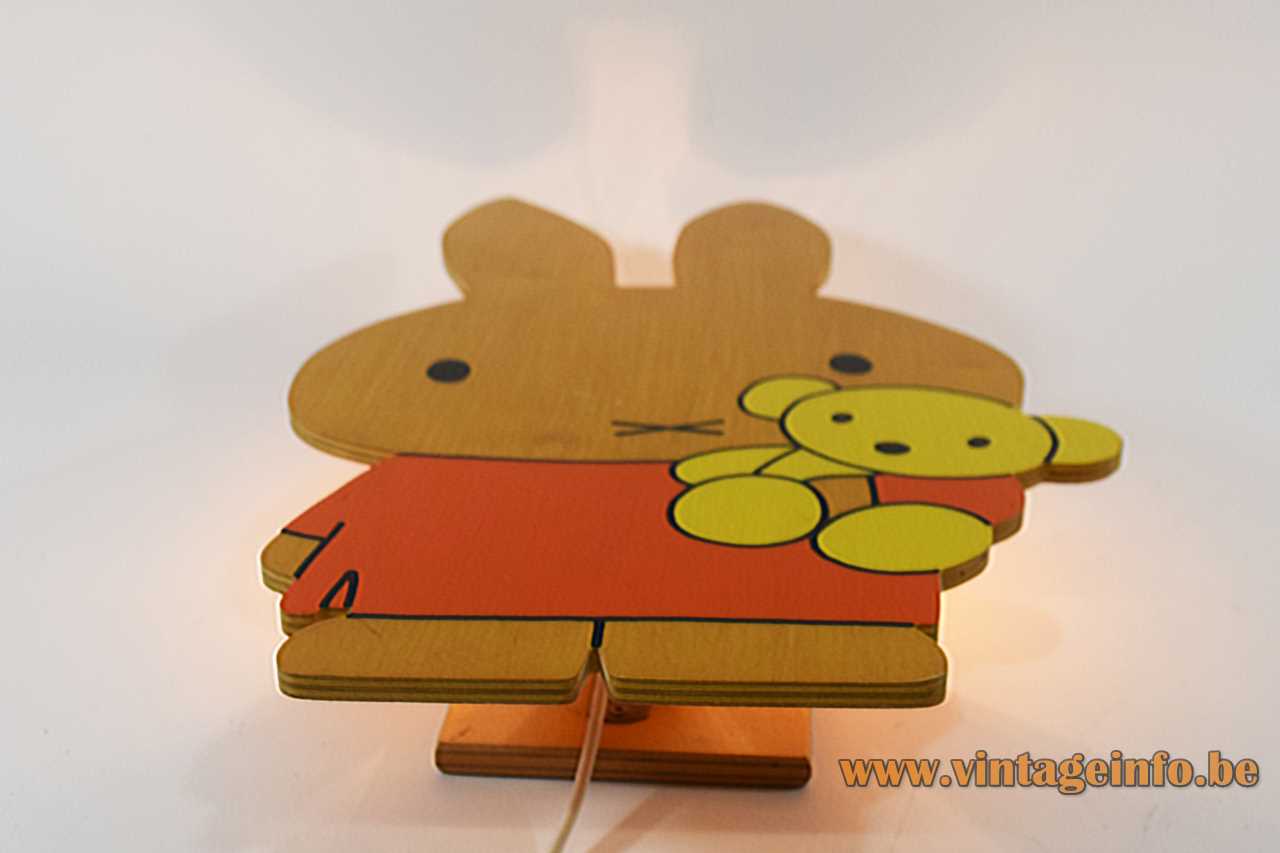 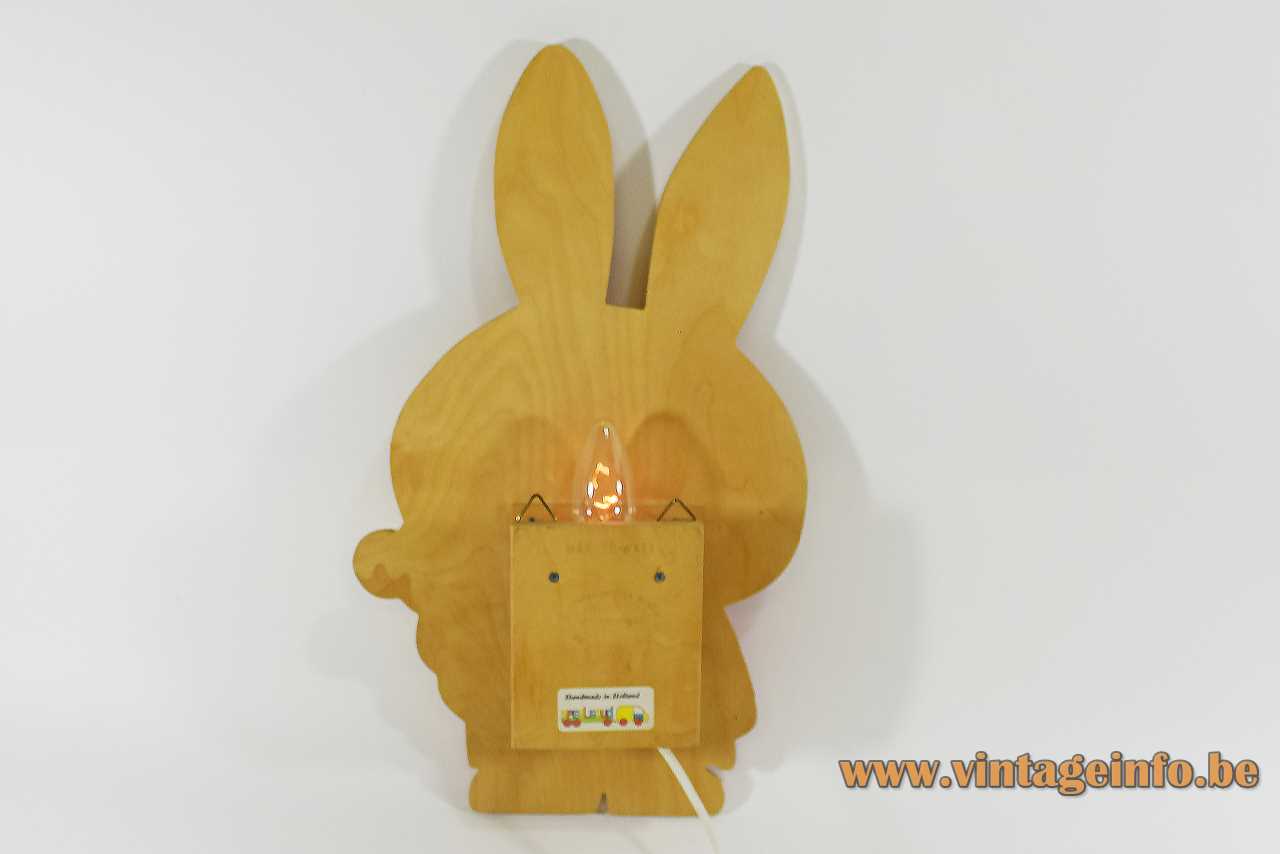 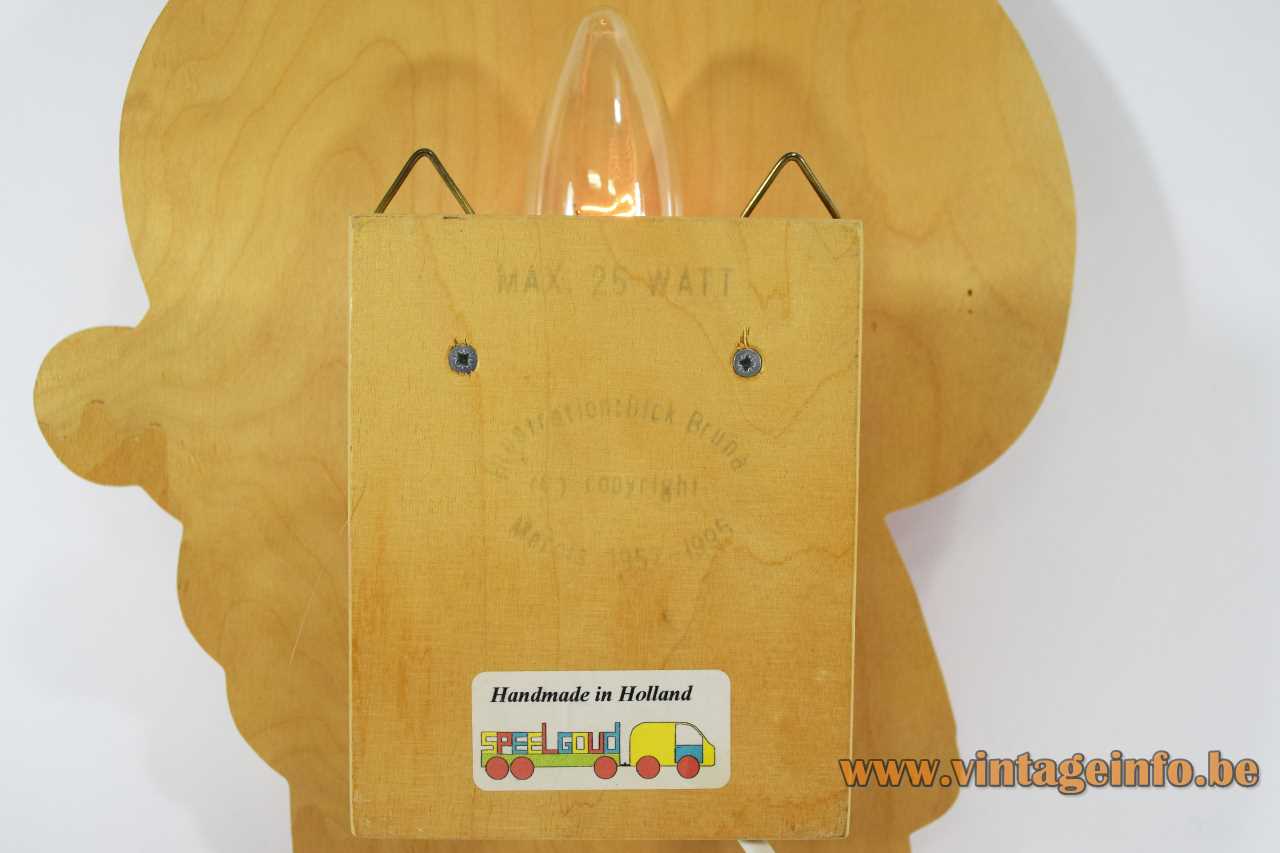 Materials:  Cut birch plywood lampshade in the form of a little rabbit with a toy bear drawn on it in orange, yellow & black. White painted Bakelite E14 socket.

Other versions: This Miffy Nijntje wall lamp from 1995 exists in all probability in one version. Several other Miffy lamps were made.

Dick Bruna, born 23 August 1927 in The Netherlands, was an author, artist, illustrator and graphic designer. He studied at the Rijksakademie van beeldende kunsten (National Academy of Visual Arts) in Amsterdam but soon quit. Later in life he said to a journalist that he had no talent as a painter and could not draw perspective.

In 1953 Dick Bruna makes his first picture book ‘The Apple‘. It appears in a rectangular format. Each page has an illustration with two lines of text.

On a family holiday in 1955, he saw a rabbit hopping around. Later Bruna made attempts to draw it. His famous Nijntje or Miffy in English was born. Dick Bruna published 120 children’s books, the last being Miffy is Naughty  in 2017. The Dutch version of this book, Nijntje is Stout, was published in 2008.

Dick Bruna passed away in Utrecht, The Netherlands on 16 February 2017 at the age of 89.

Speelgoud (play gold) a Dutch pun of speelgoed (toys) is a company specialised in wooden children’s lighting, play boxes and children’s furniture. In 2012 was written on their website: Speelgoud has closed its doors. Today, 2020, a new website exists.