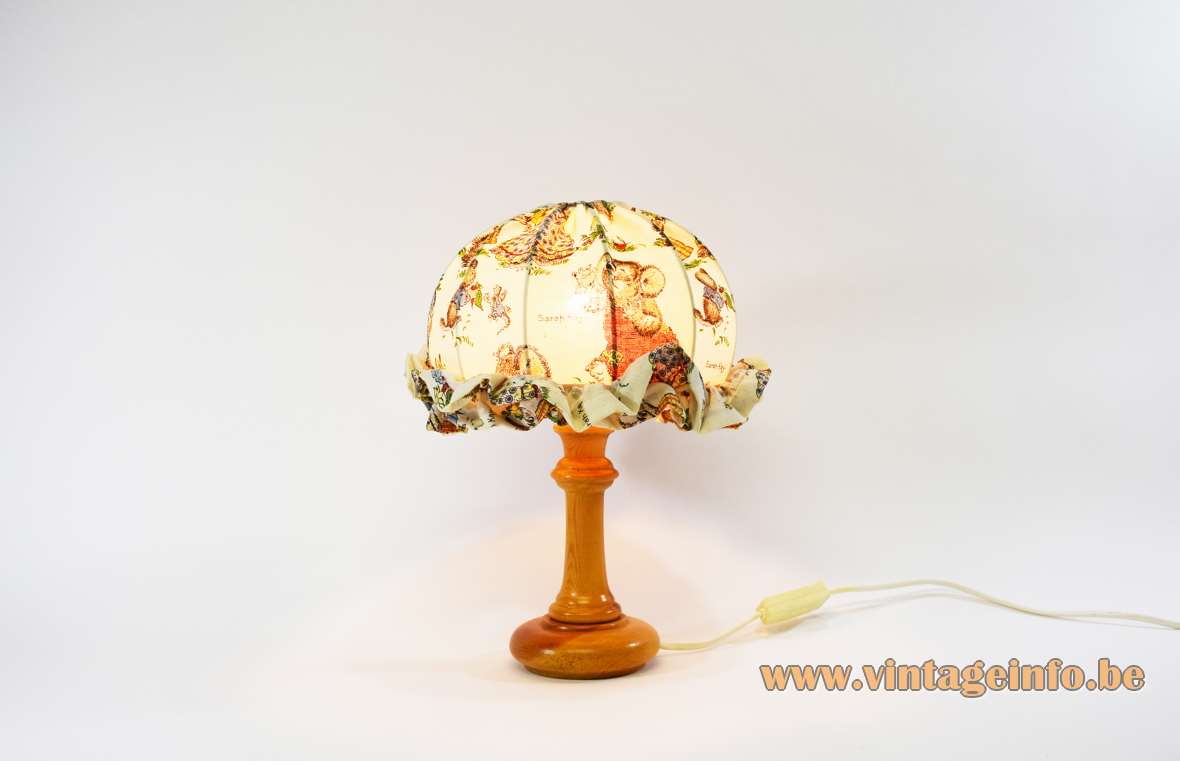 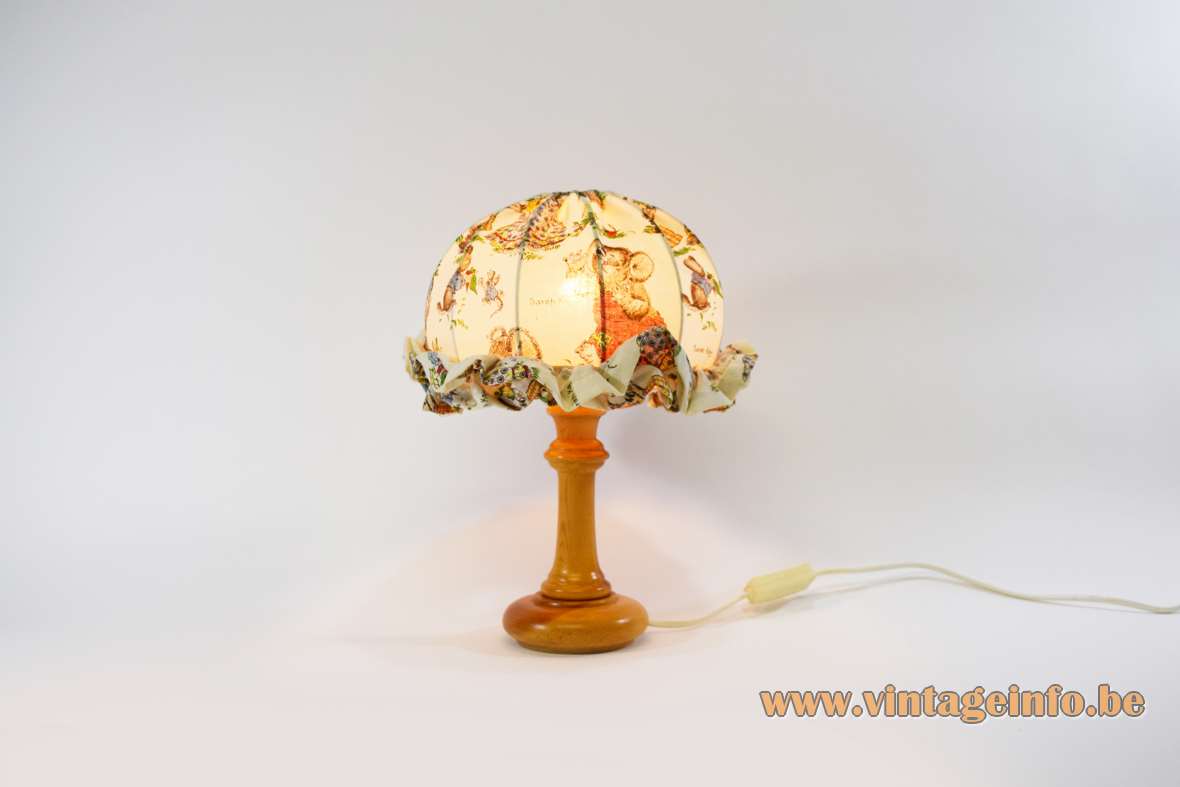 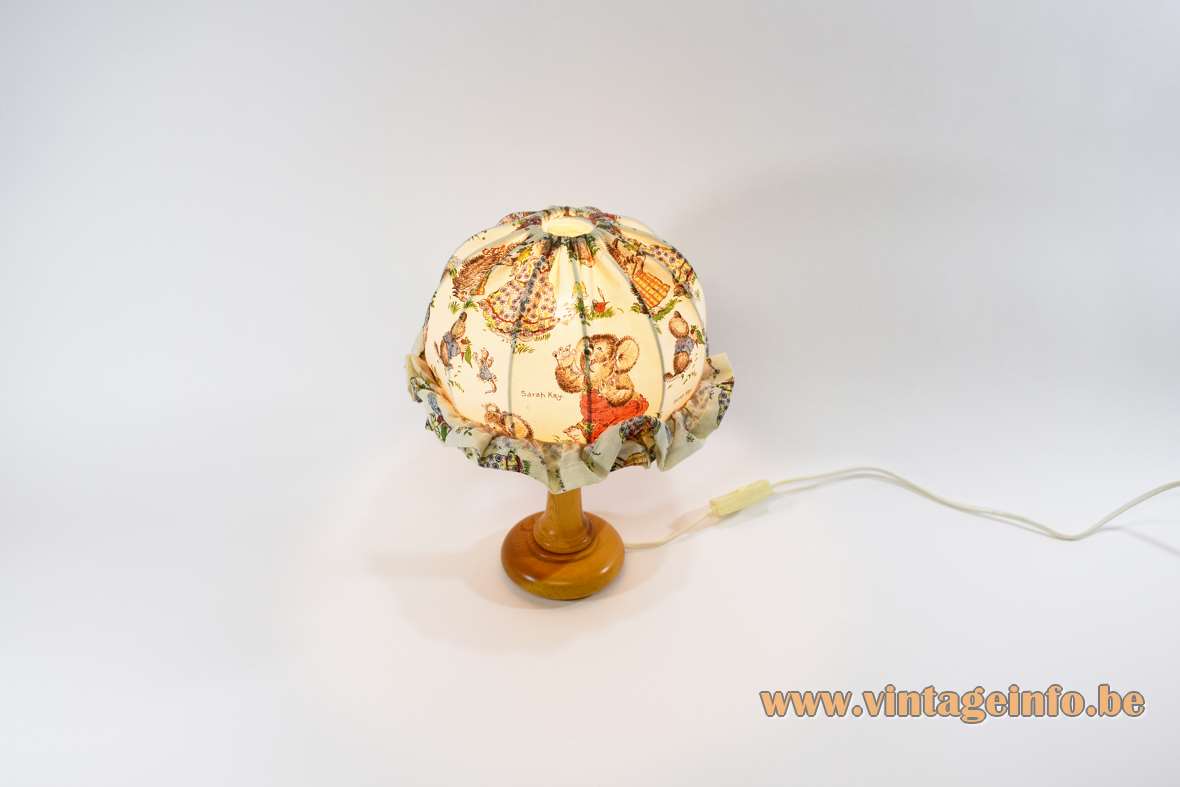 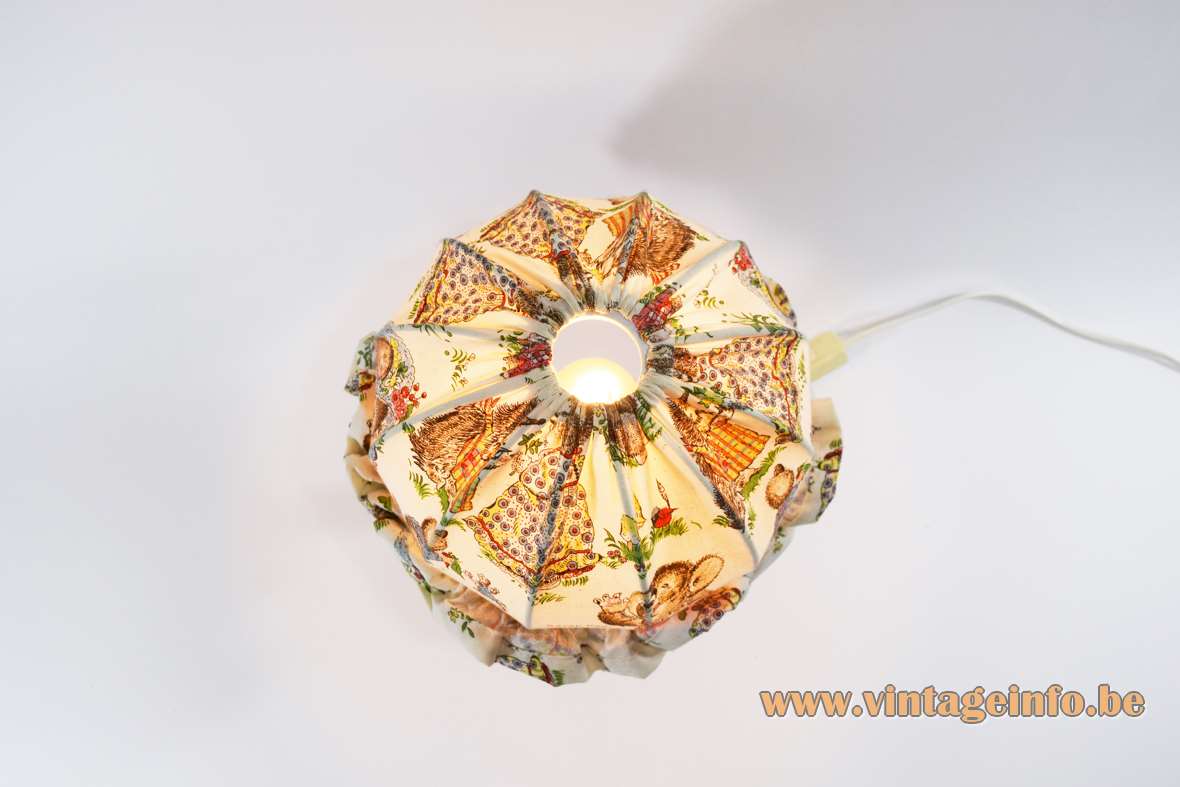 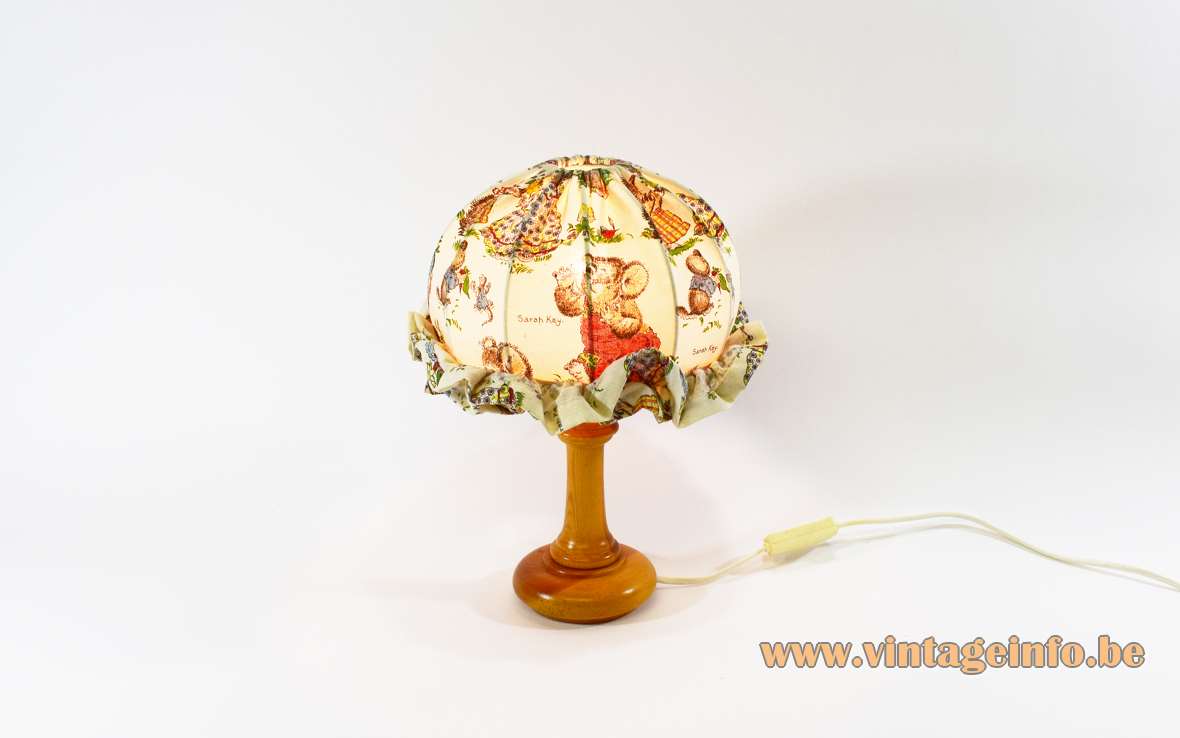 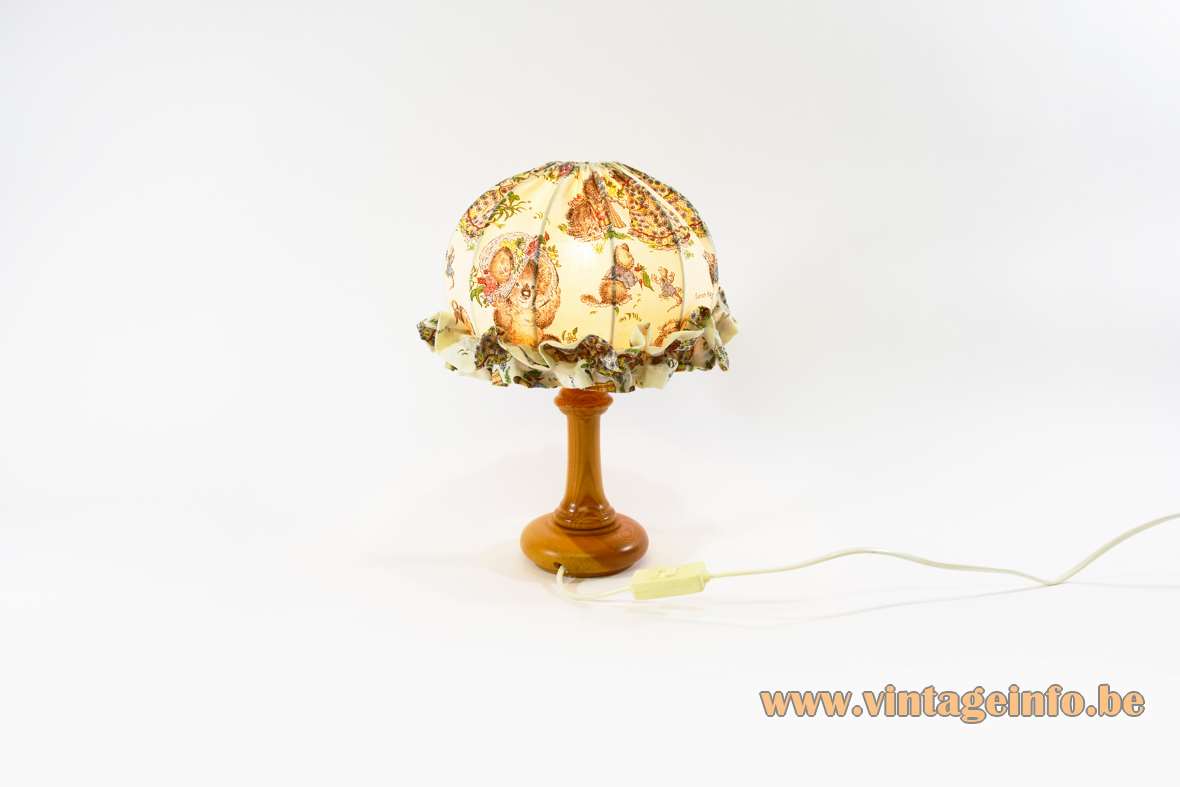 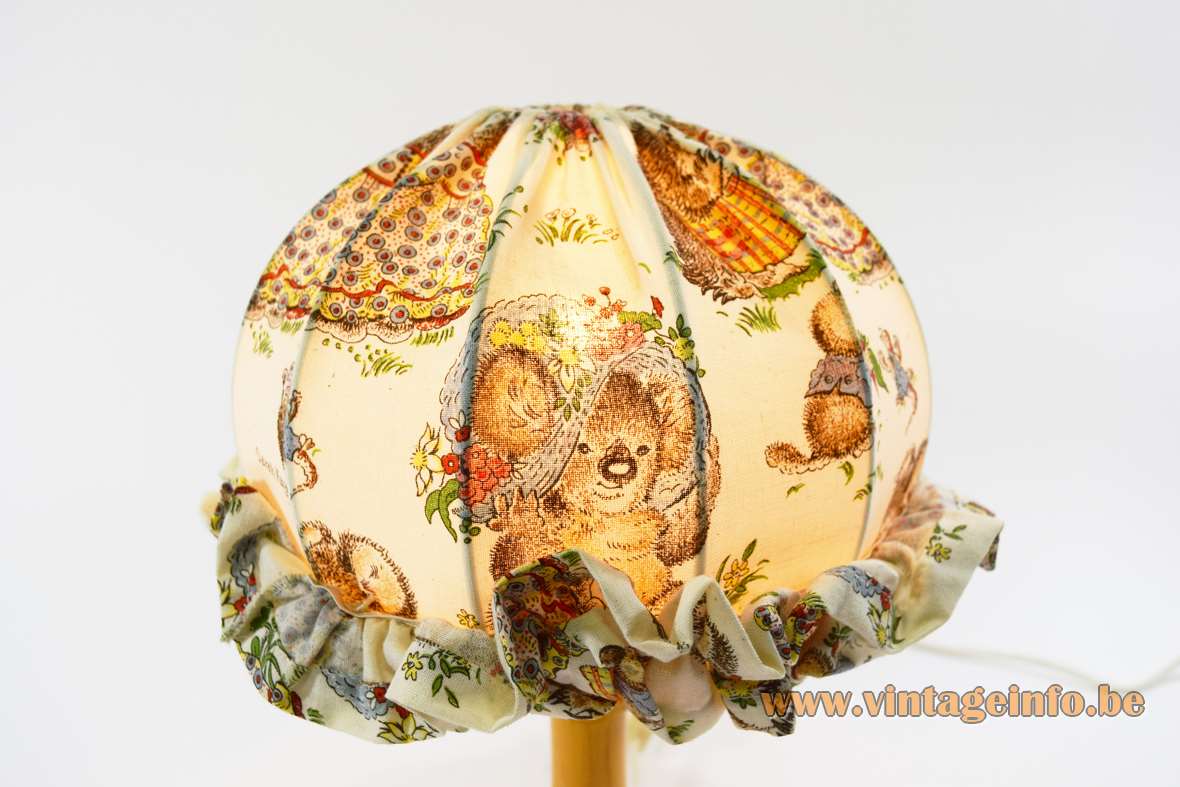 Electricity: 1 bulb E14, 1 x 60 watt maximum, 110/220 volt.
Any type of light bulb can be used, not a specific one preferred. However a small round bulb gives the most beautiful result.

The electric parts of this Sarah Kay table lamp were produced in the late 70’s or early 80’s by VLM Components from Italy.

Do you know the producer of this lamp, is it Massive? Please let us know through the contact form and help improve the websites exactitude. Your help is much appreciated.

Vivien Kubbos, born in the 1940’s, was a freelance illustrator from Sidney, Australia who began creating Sarah Kay collections for Valentines Sands Greeting Cards in the early 1970s. The name Sarah Kay has it’s origin in the name of her fathers dog Sarah and the Kay is K for Kubbos. The works of Vivien Kubbos were “discovered” by two book publishers from Liege in Belgium and extended to Germany, Italy, Spain and Latin America. It was an instant success.

Many others had success with this kind of art. In the UK it was Miss Petticoat that also became popular in the 1970’s. In Belgium we had Jaklien (Jacqueline Moerman, 1931-2011).