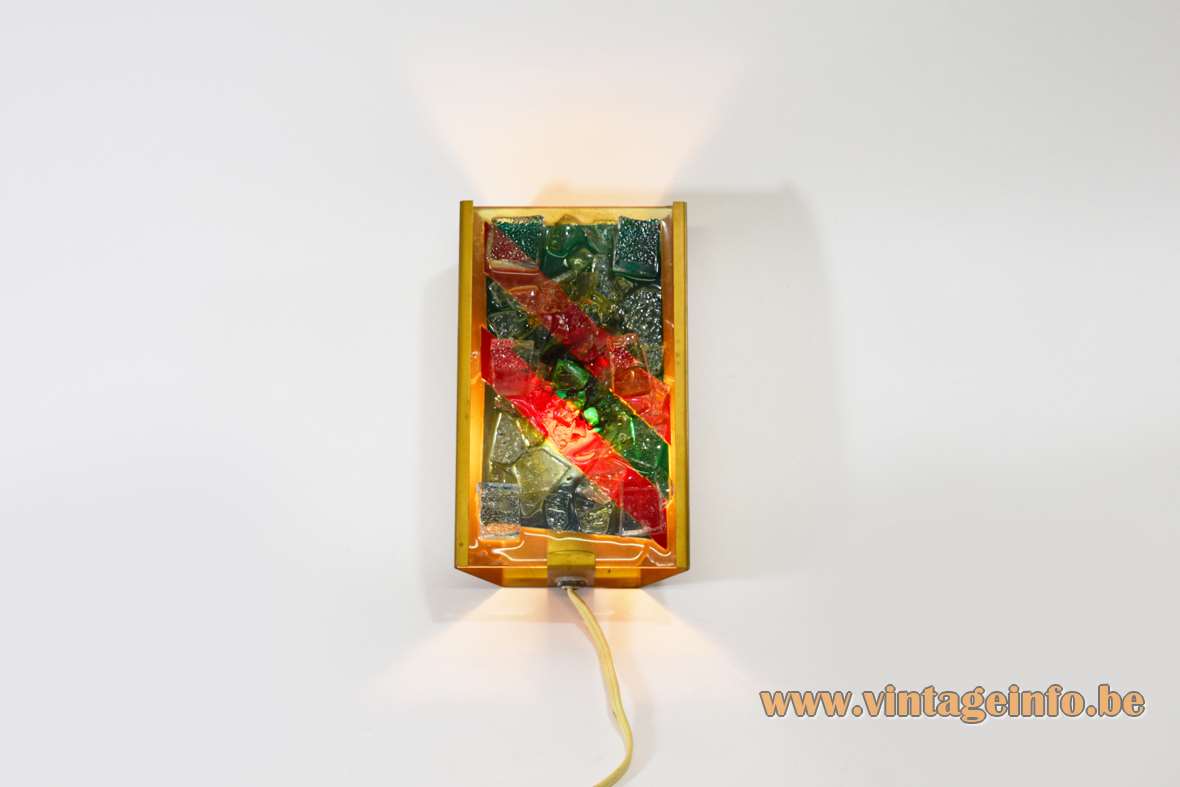 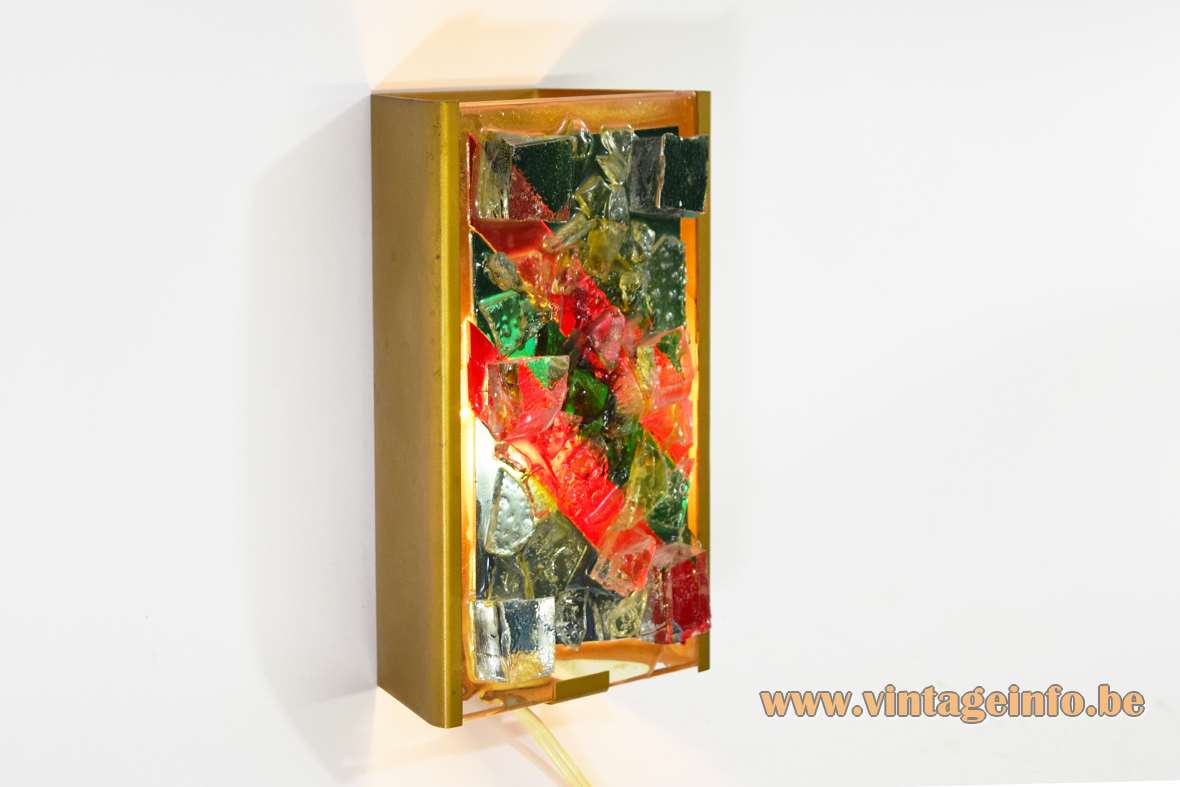 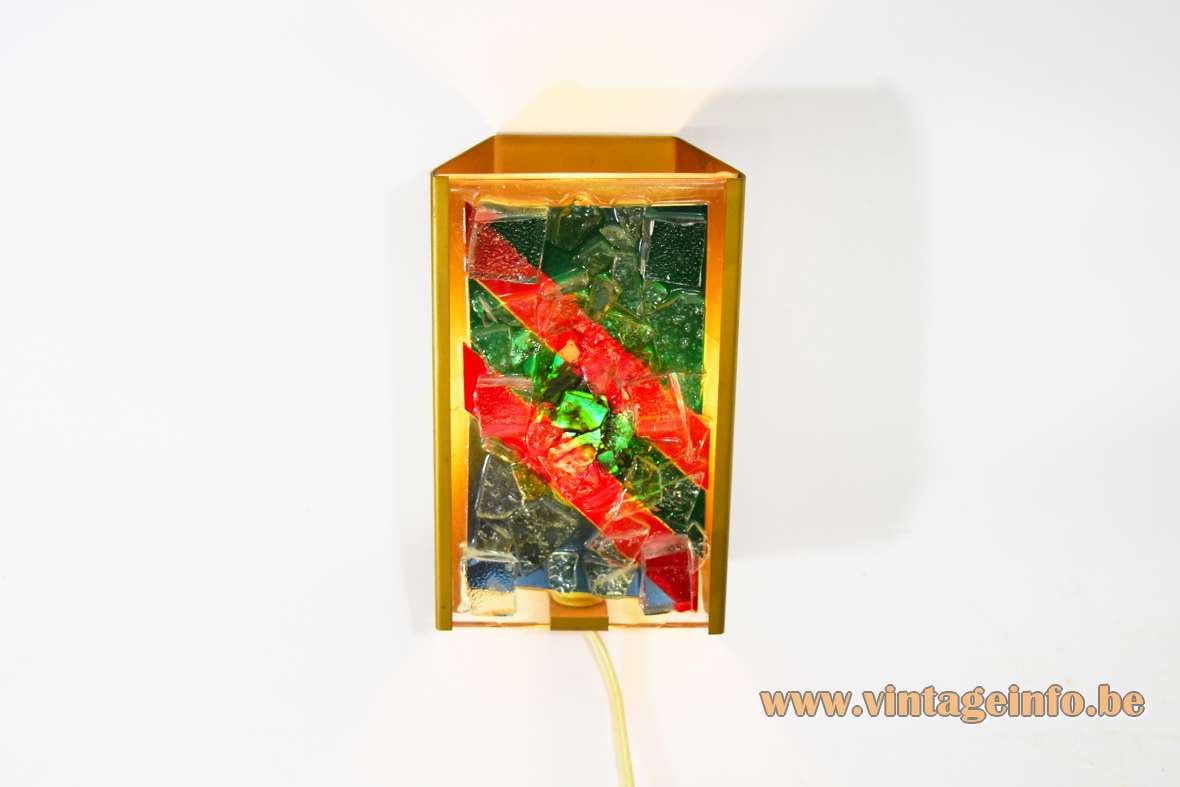 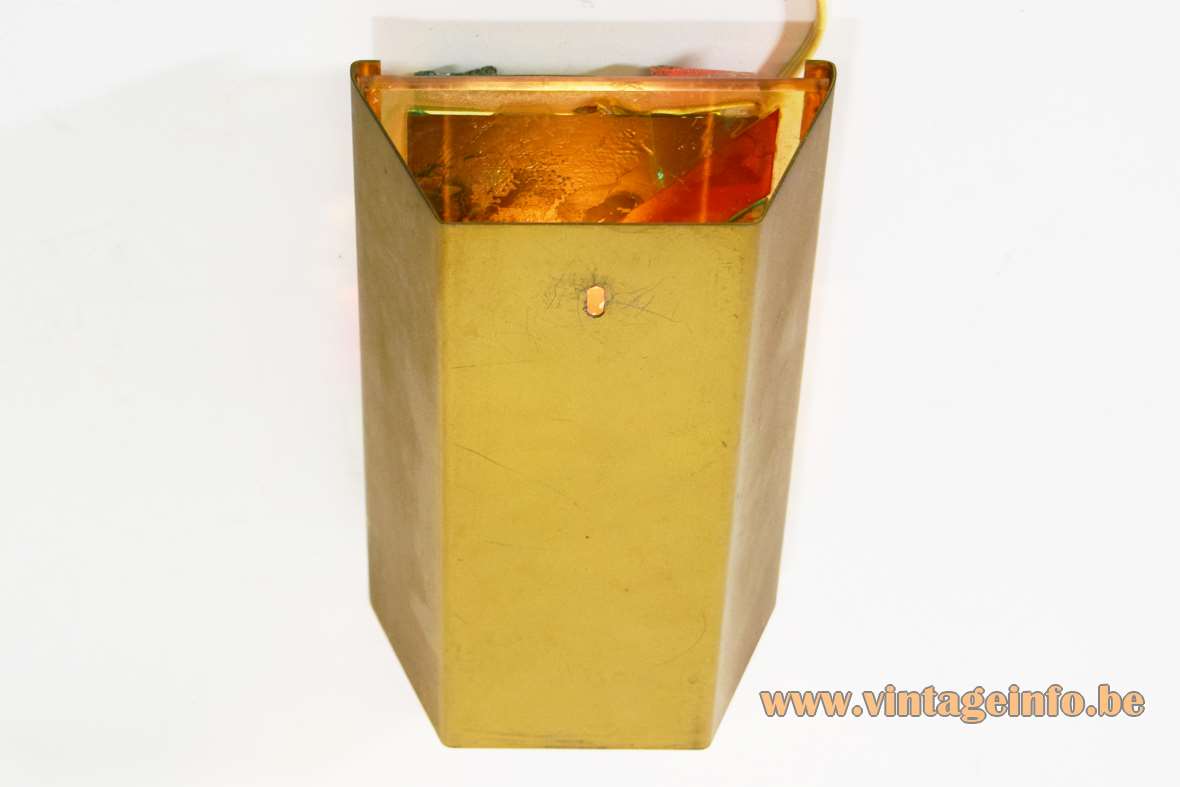 Other versions: This brutalist broken glass wall lamp was made in several colours and sizes.

Probably inspired by a design by Willem van Oyen Sr. for RaakLichtarchitectuur, The Netherlands: the Chartres wall lamp. Several light companies produced their version of the Chartres lamps.

All the electric parts were made by VLM Components in the 1960s. The company was founded in 1945 in Buccinasco, a small village near Milan, Italy. The company became famous for the switches they produce since 1968, designed by Achille Castiglioni. You can find them over here.