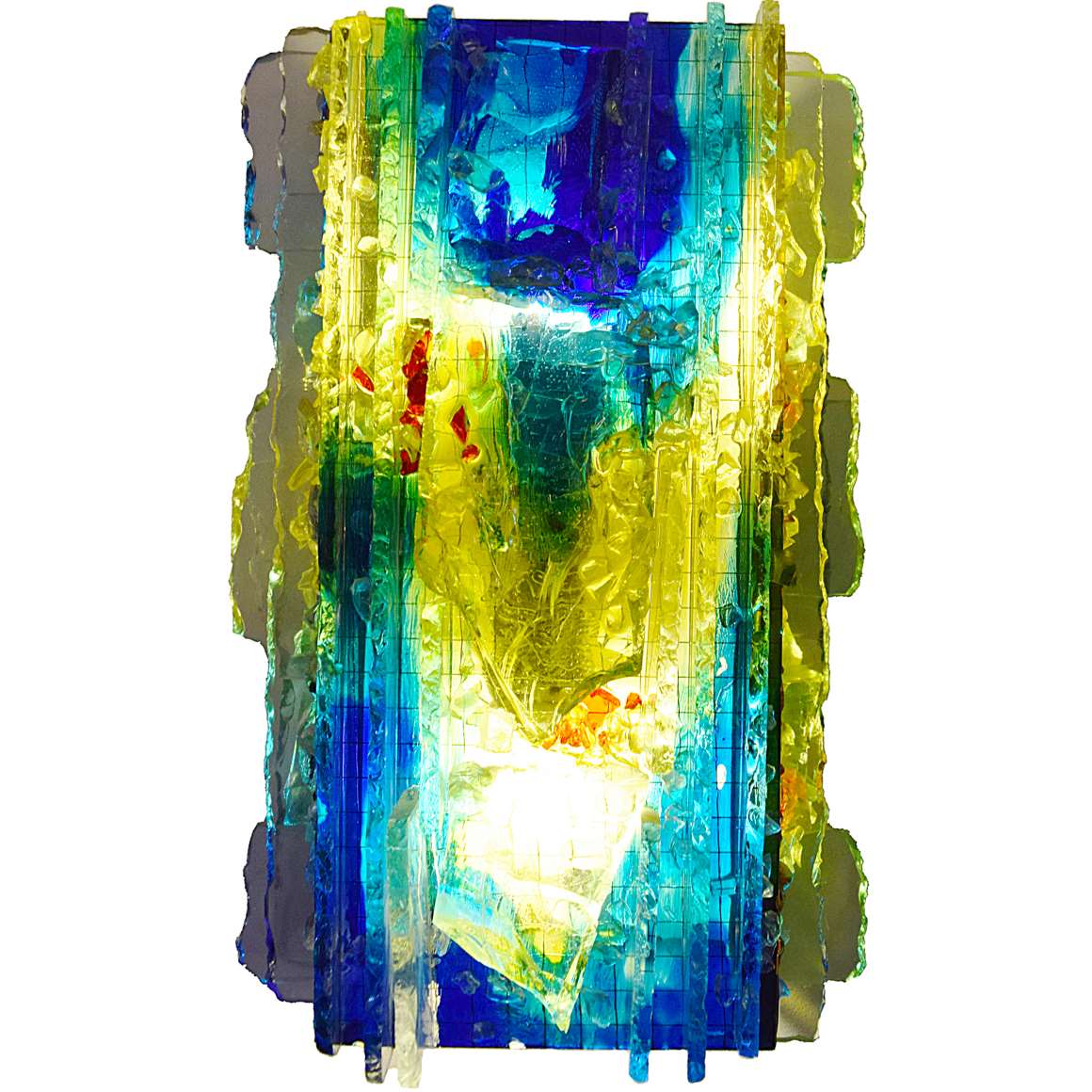 Electricity: Every wall lamp uses E14 light bulbs, max 40 watt per bulb, 110/220 volt.
Any type of light bulb can be used, not a specific one preferred.

Designer: To be appraised.
In all probability inspired by the Chartres wall lamps Willem van Oyen Sr. (1921-2004) designed for Raak Amsterdam, The Netherlands.

Other versions: These brutalist glass fragments wall lamps were made in several sizes and colours.

As always, several lighting firms produced lamps in this style. The originals are the Raak Chartres, as you can see.

The sockets are Italian and they are made by VLM Components from Buccinasco near Milan in the 1960s, 1970s. The company became famous for the switches they produce since 1968, designed by Achille Castiglioni.

Inside view of these lamps