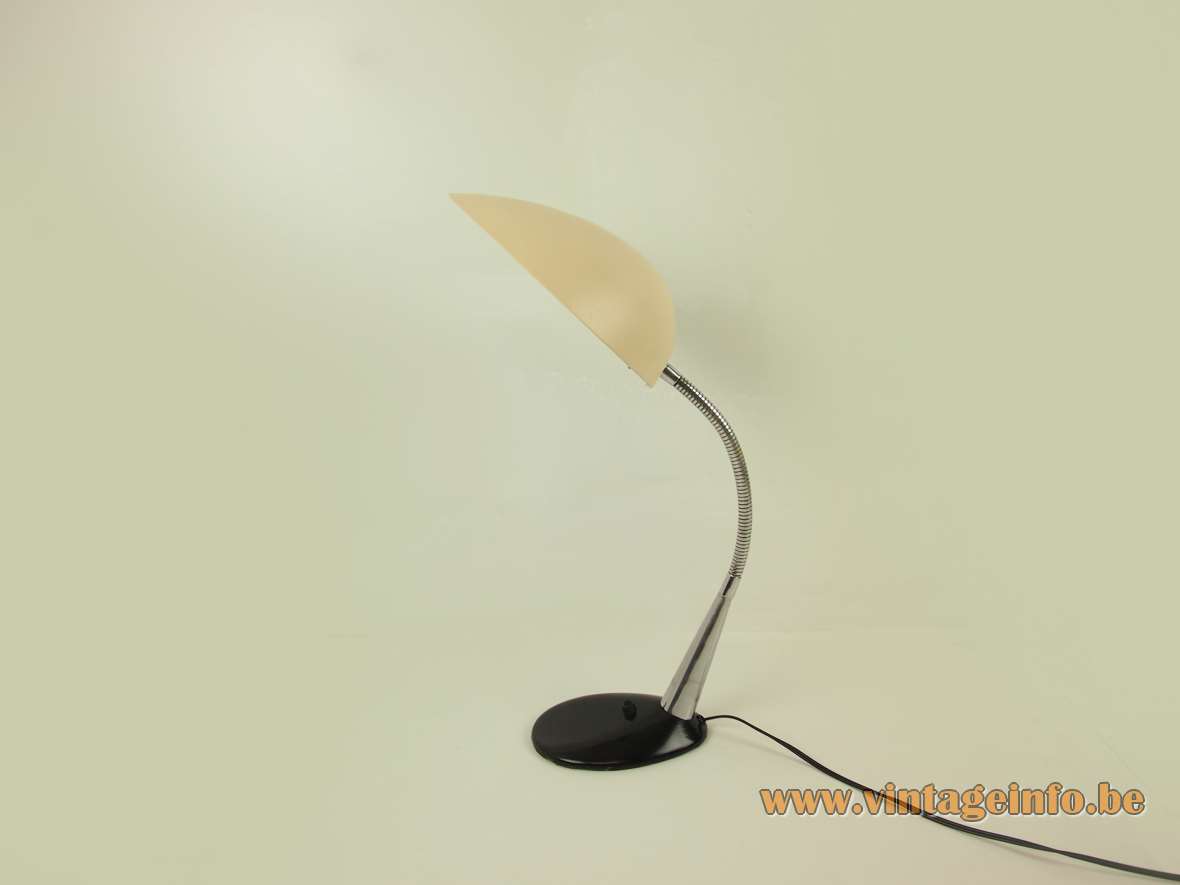 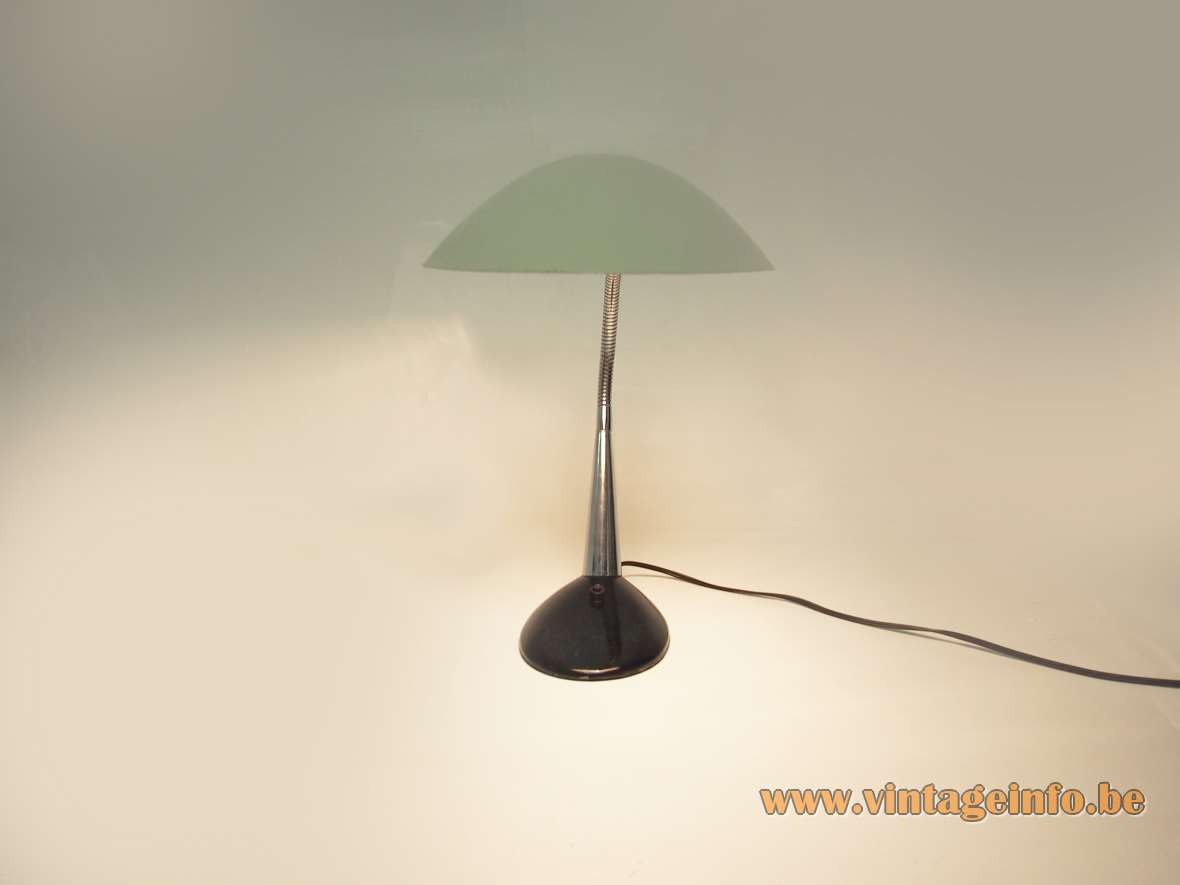 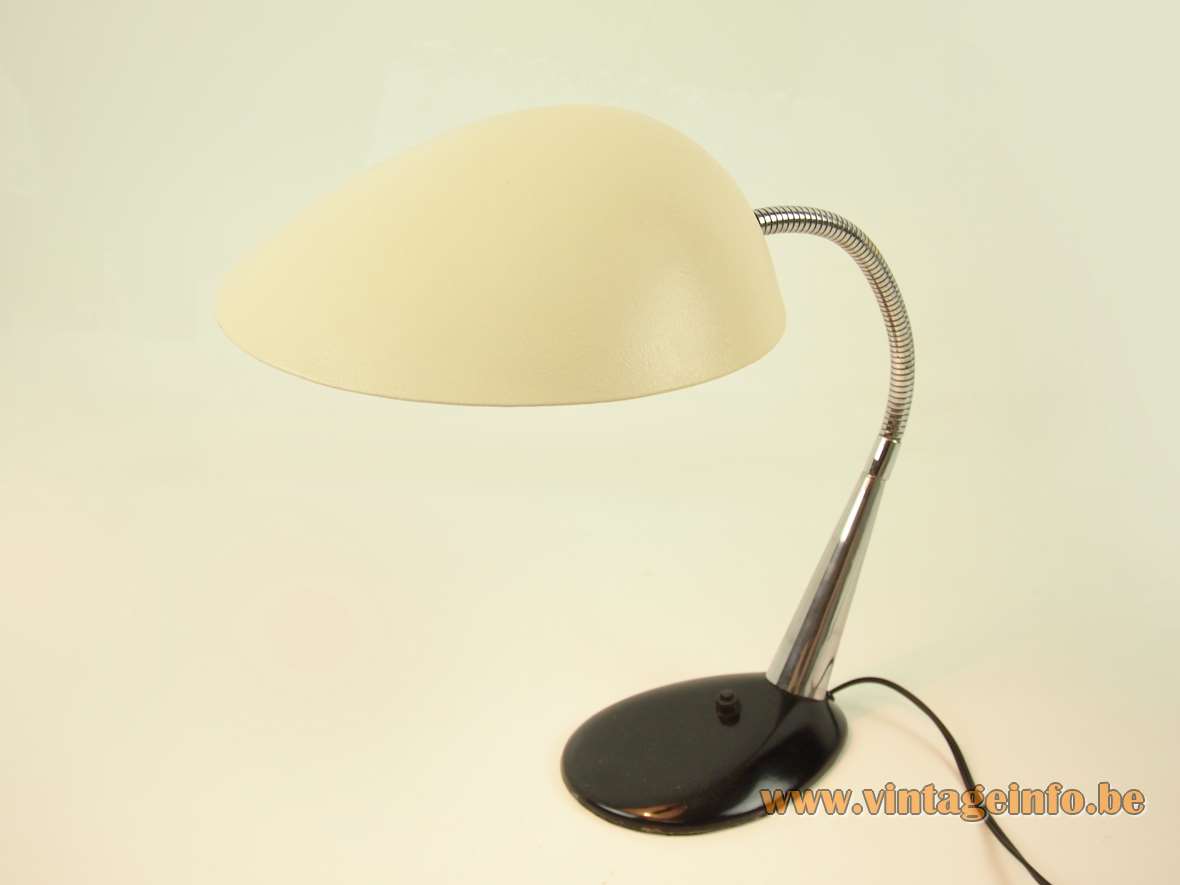 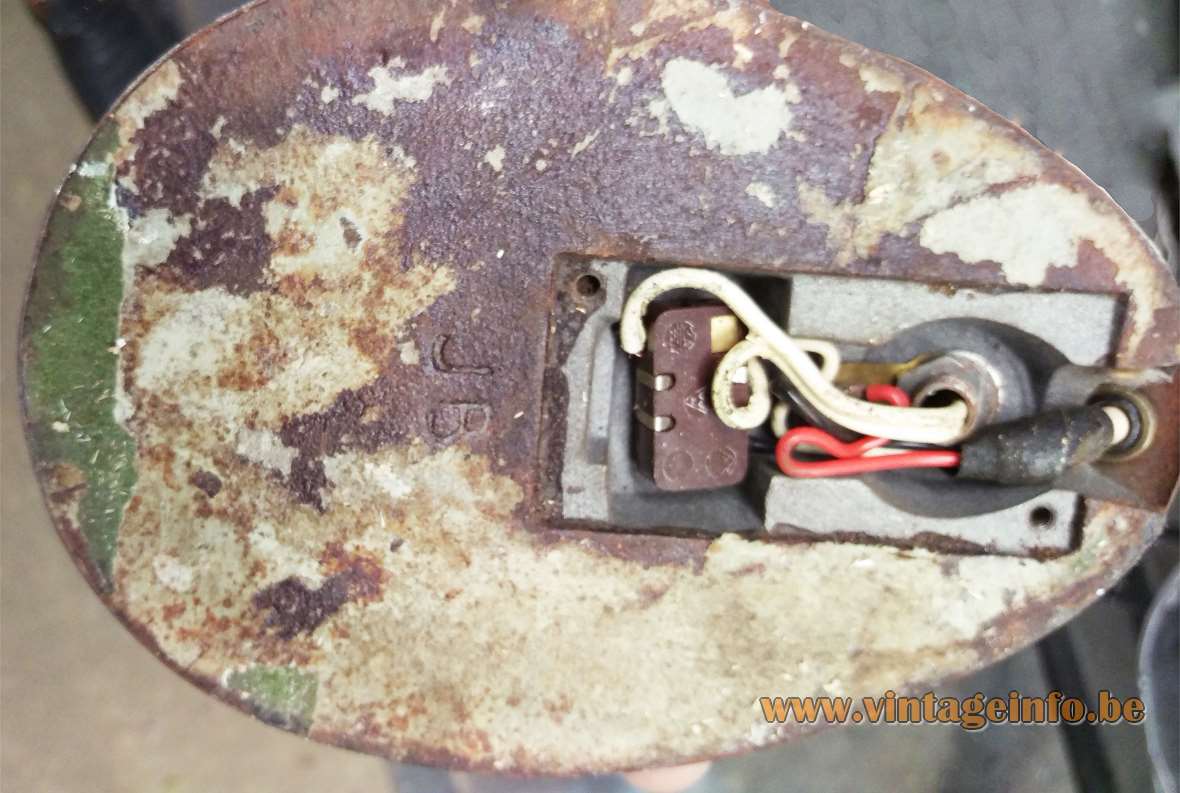 Other versions: This Cosack gooseneck desk lamp exists in several colours. It is also produced with a rod instead of a gooseneck. Made in brass or chrome. Also sold with a white switch. Designed in the mid 1950s and produced for several years. Comparable lamps received an iF-Design Award in 1956.

The base was made by a company with the name JB. No information to be found, unfortunately.