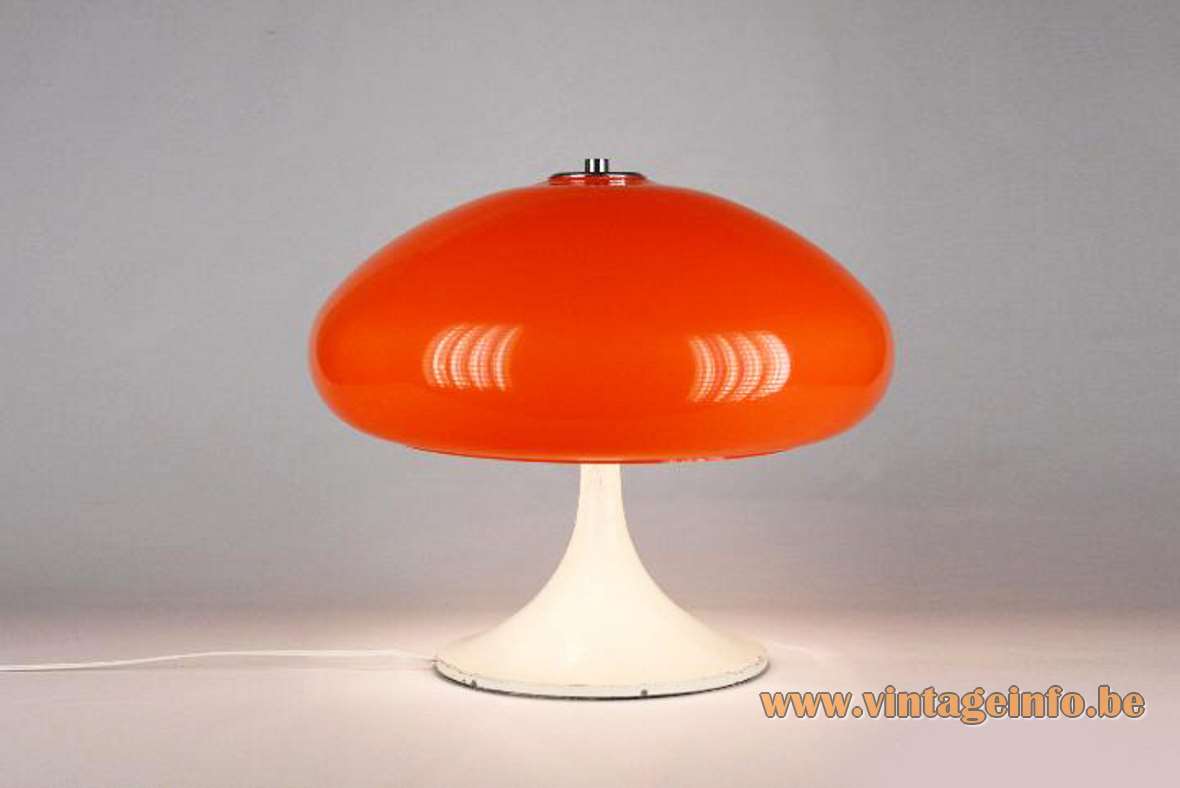 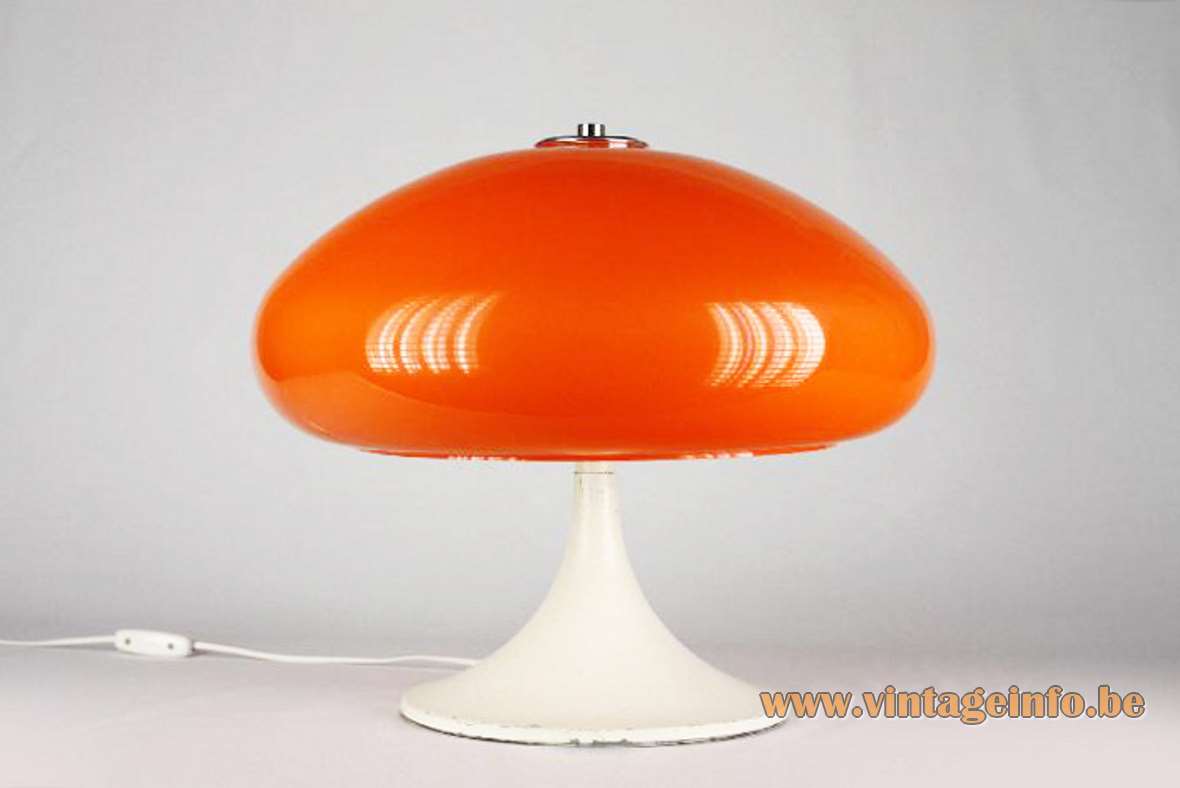 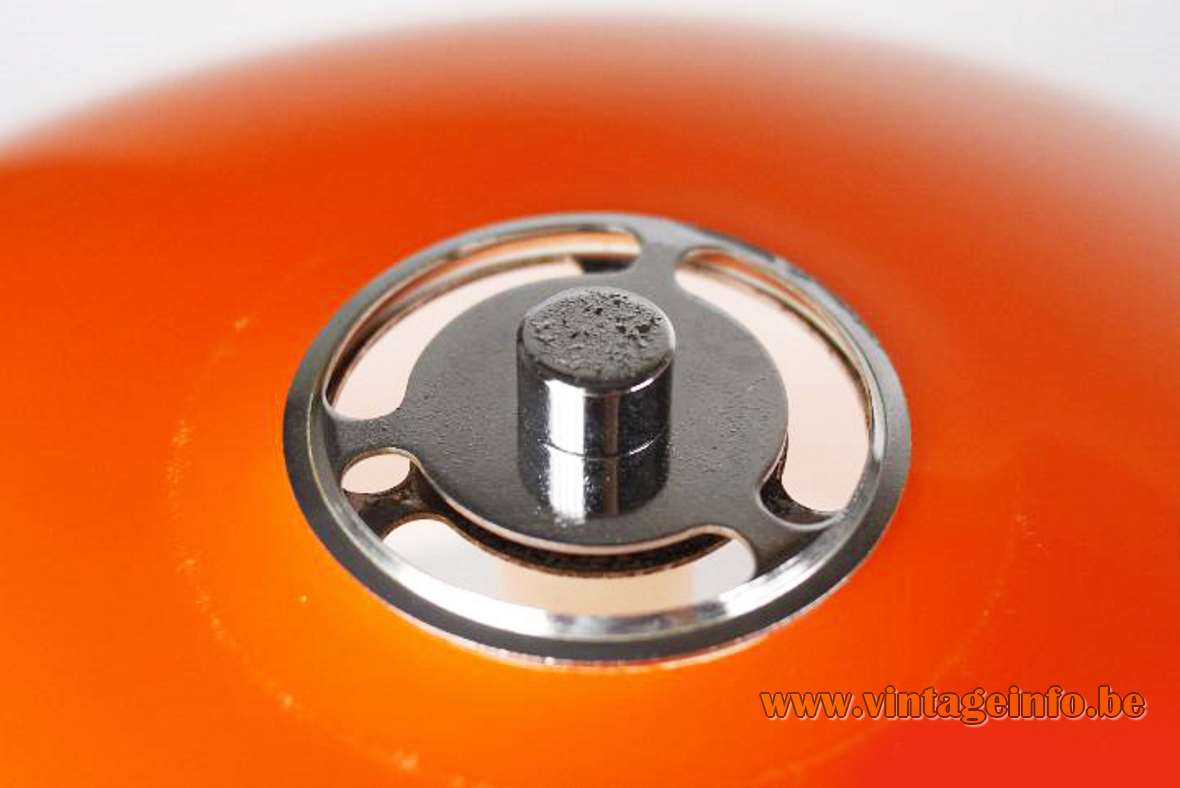 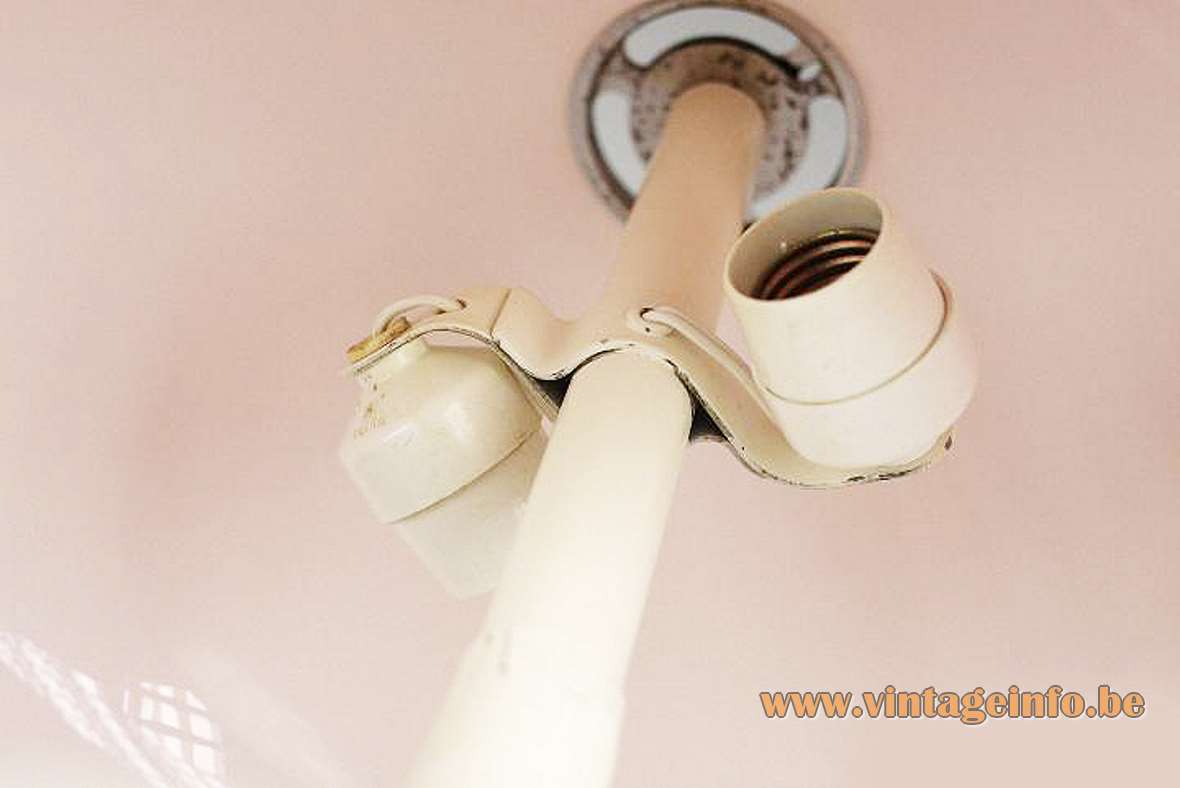 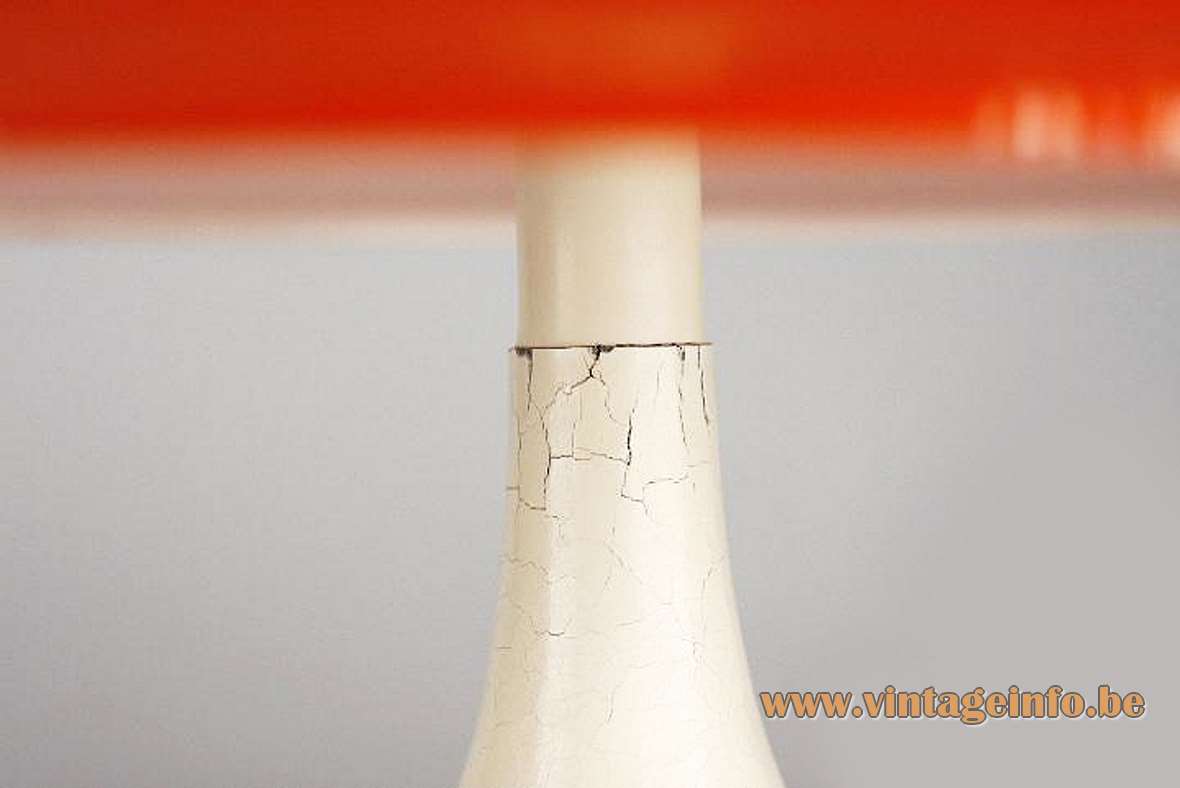 Other versions: This Joan Antoni Blanc Tramo mushroom table lamp exists in several colours and sizes. A bigger table lamp is 60 cm / 23.62” high. Floor lamps with several different bases were also produced. The base for this table lamp was also used for some other lamps. Another mushroom table lamp can be found over here.