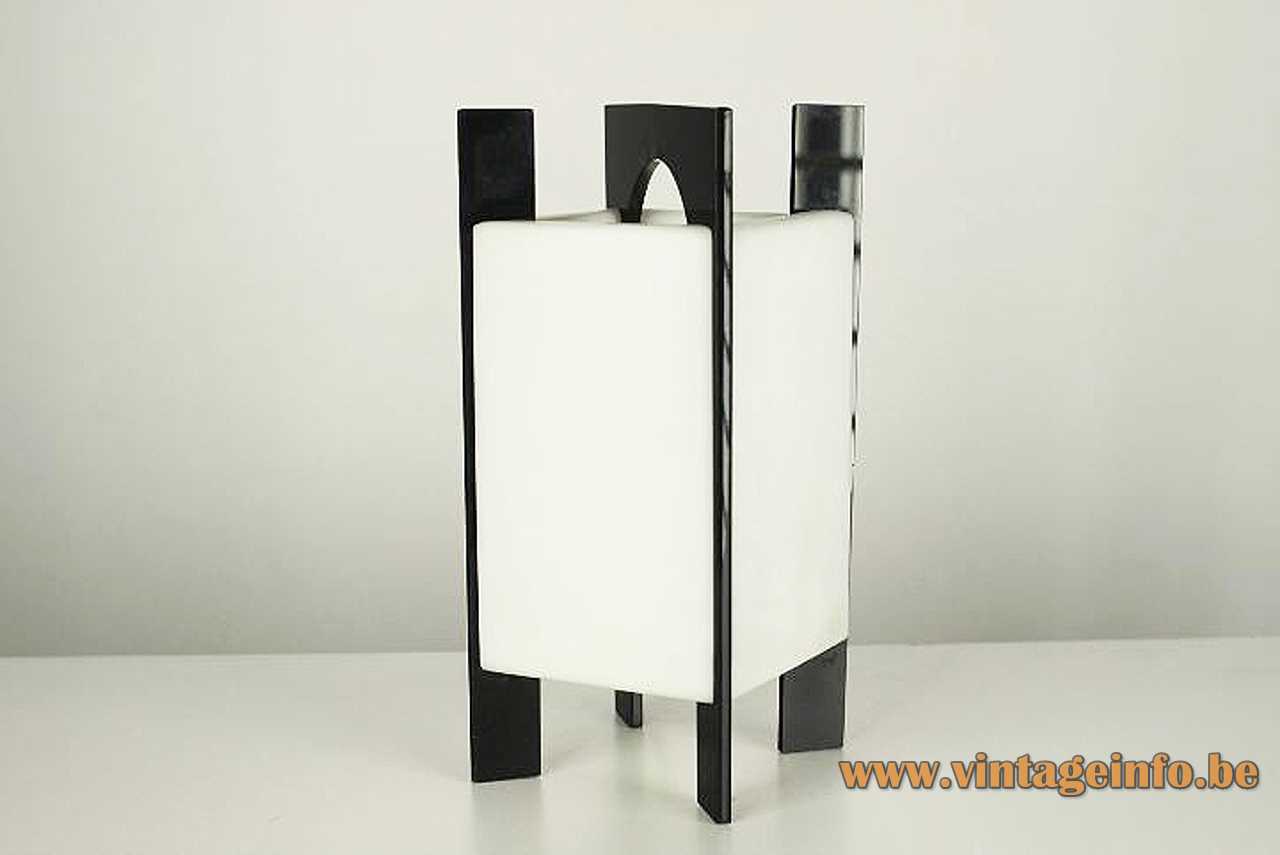 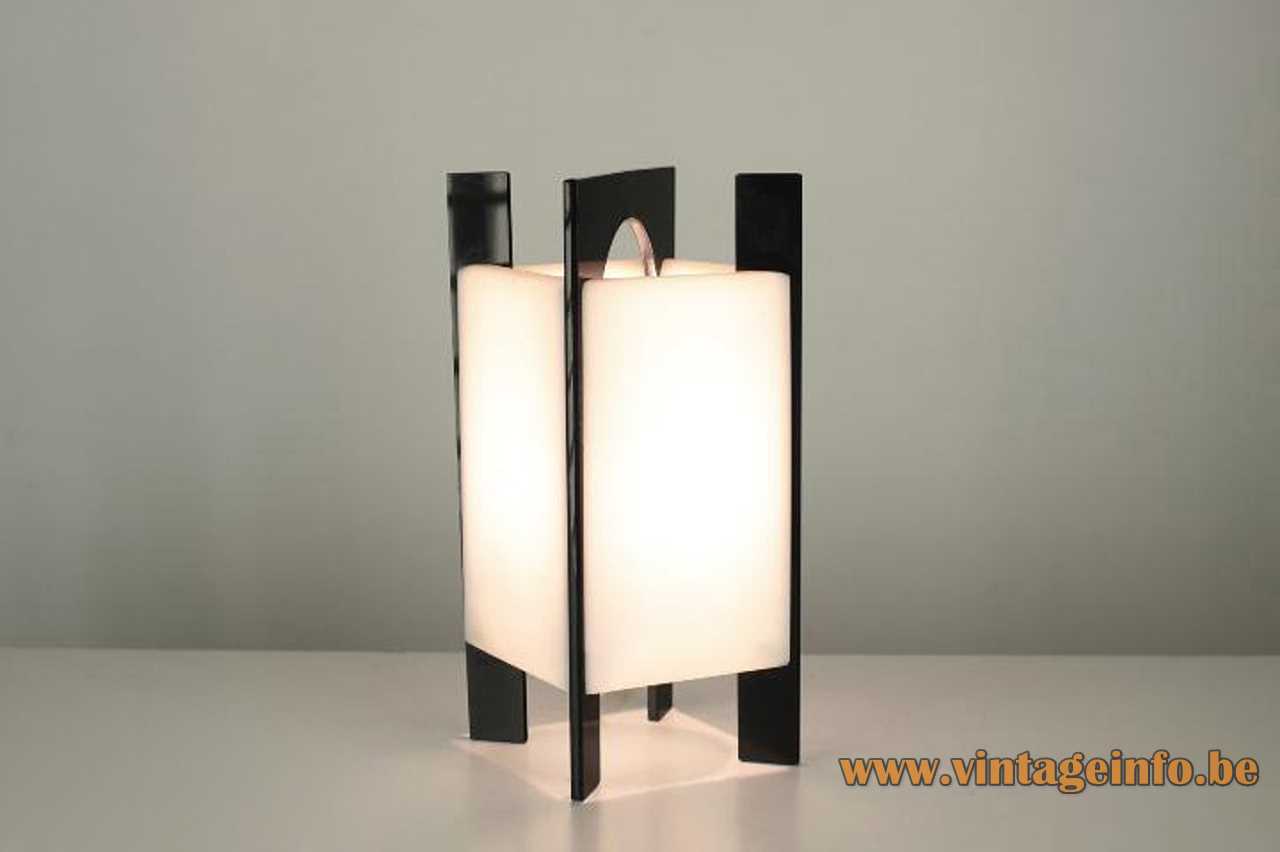 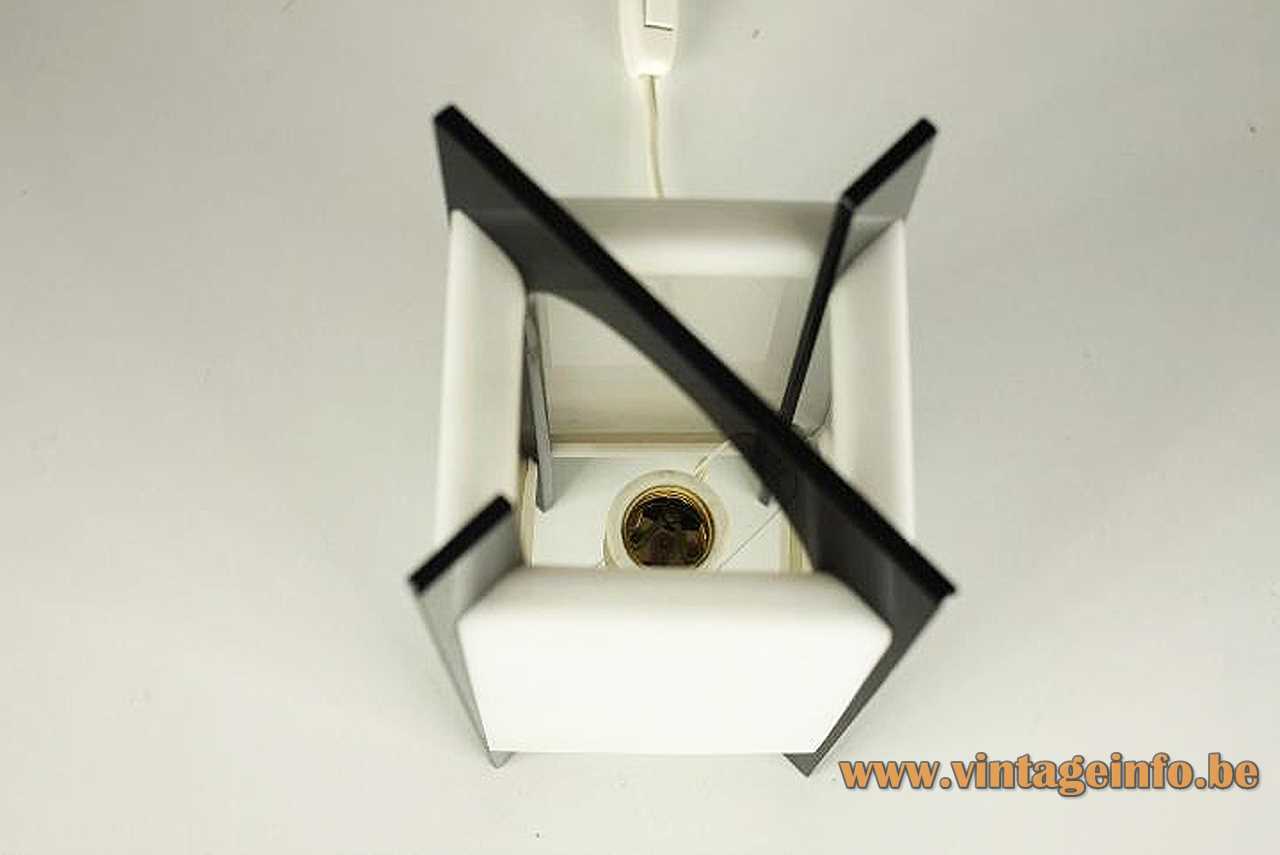 Other versions: This square acrylic Tramo table lamp was probably made in several versions and sizes.

Later, at the end of the 80s Leopoldo created  the DAE company, the Diseño de Ahorro de Energía (Energy Savings Design) that specialised in the design of street furniture.