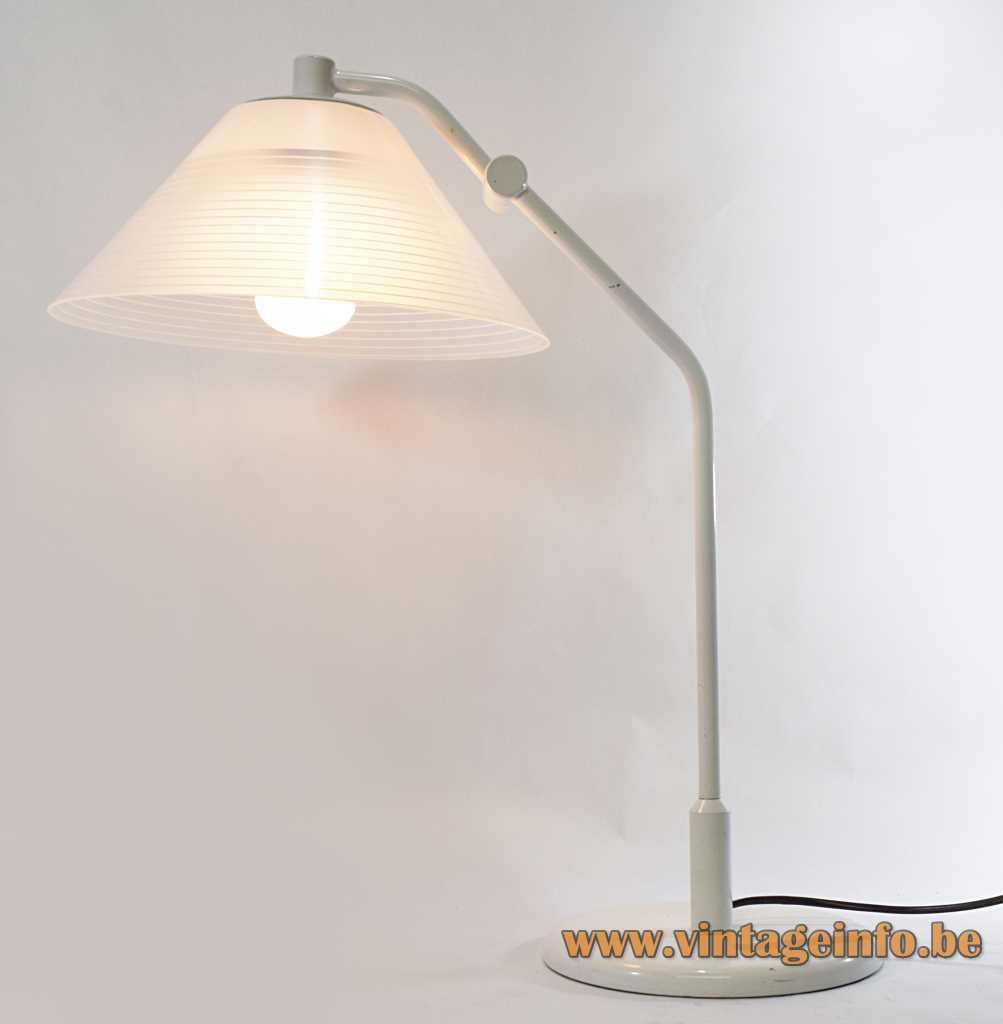 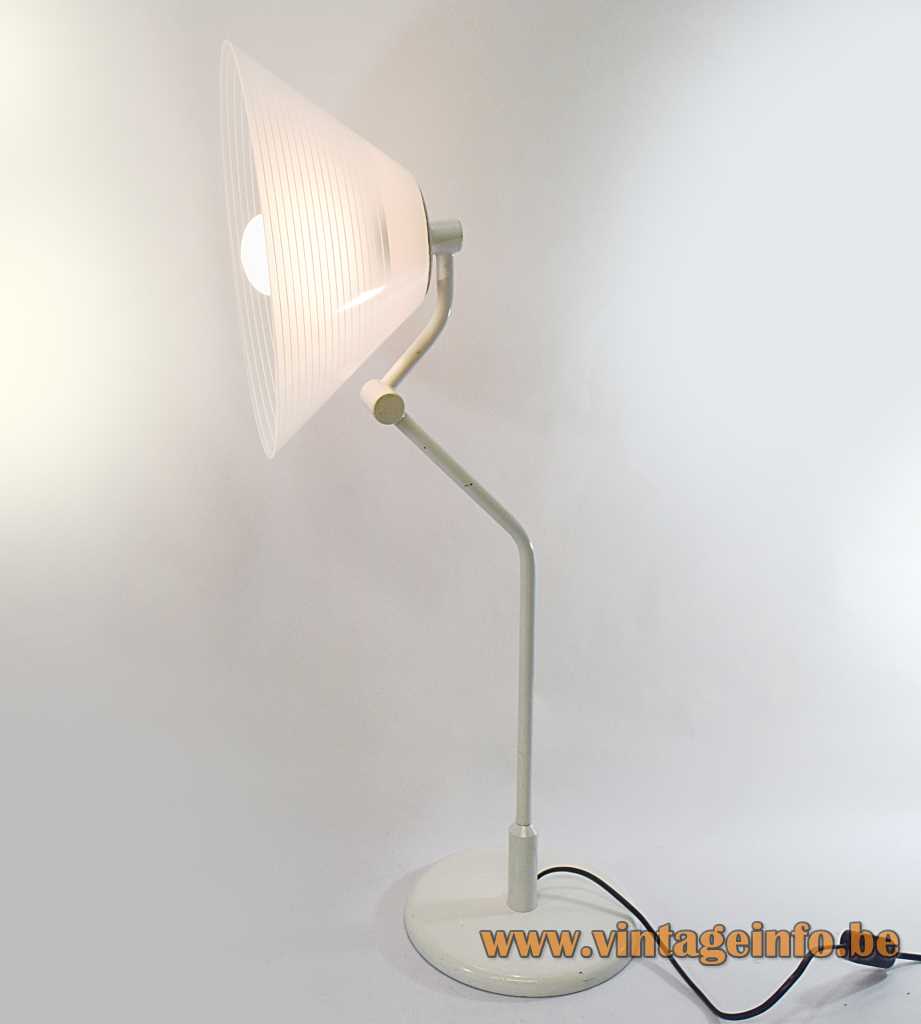 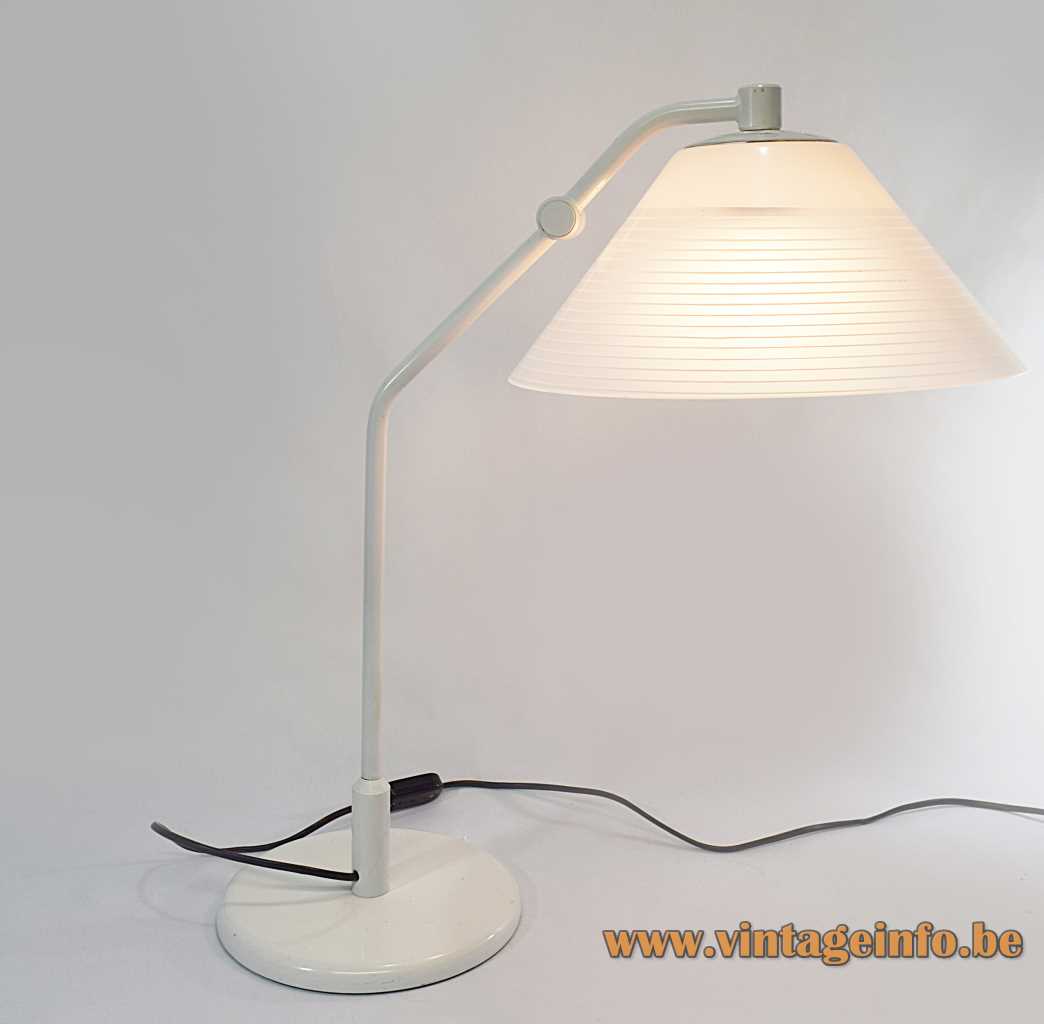 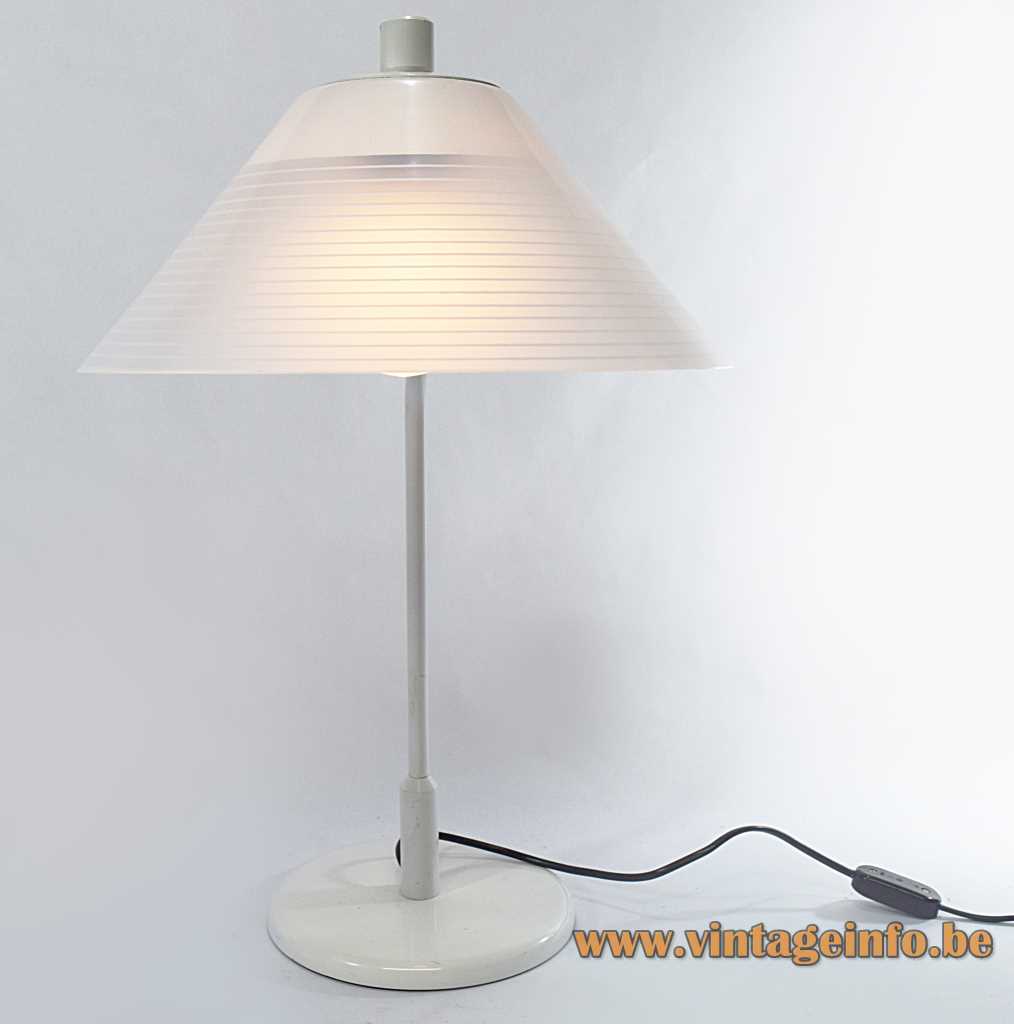 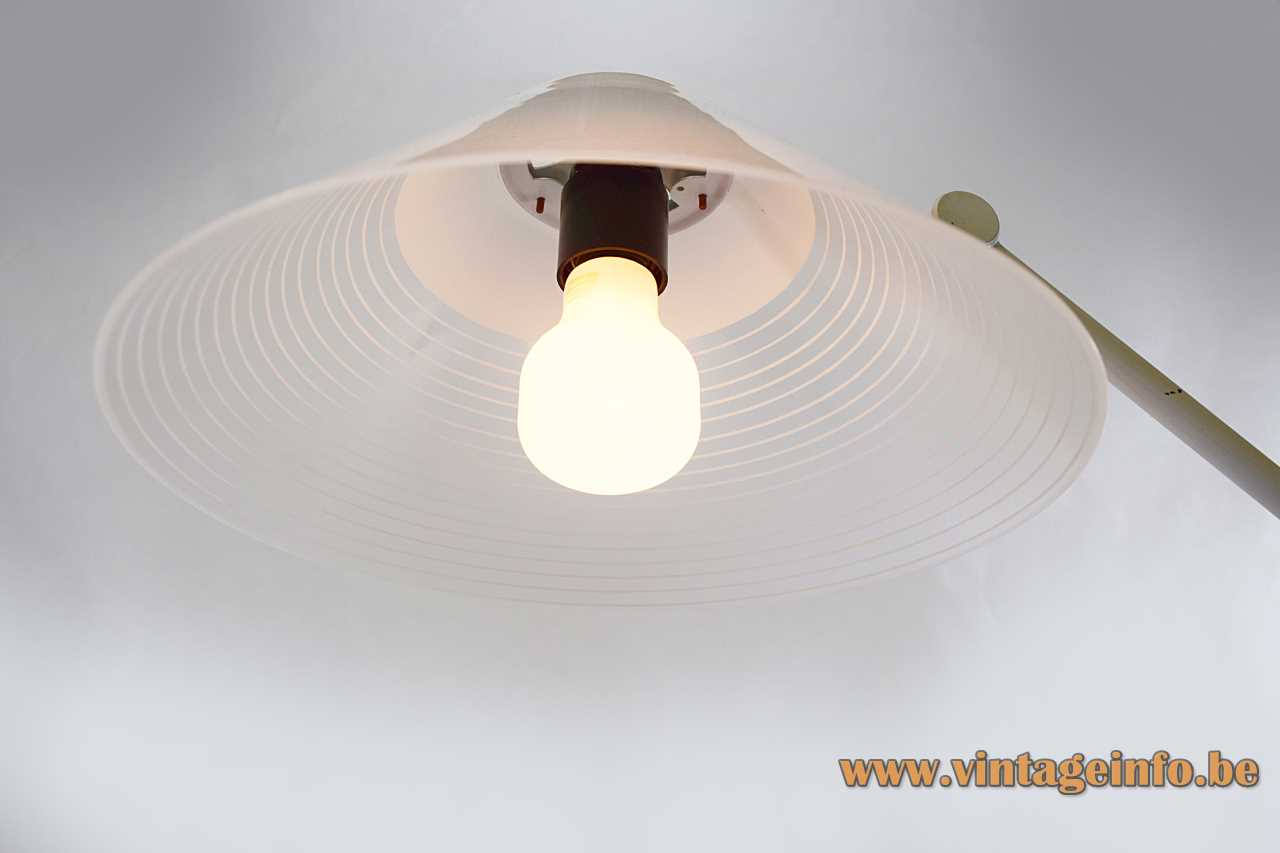 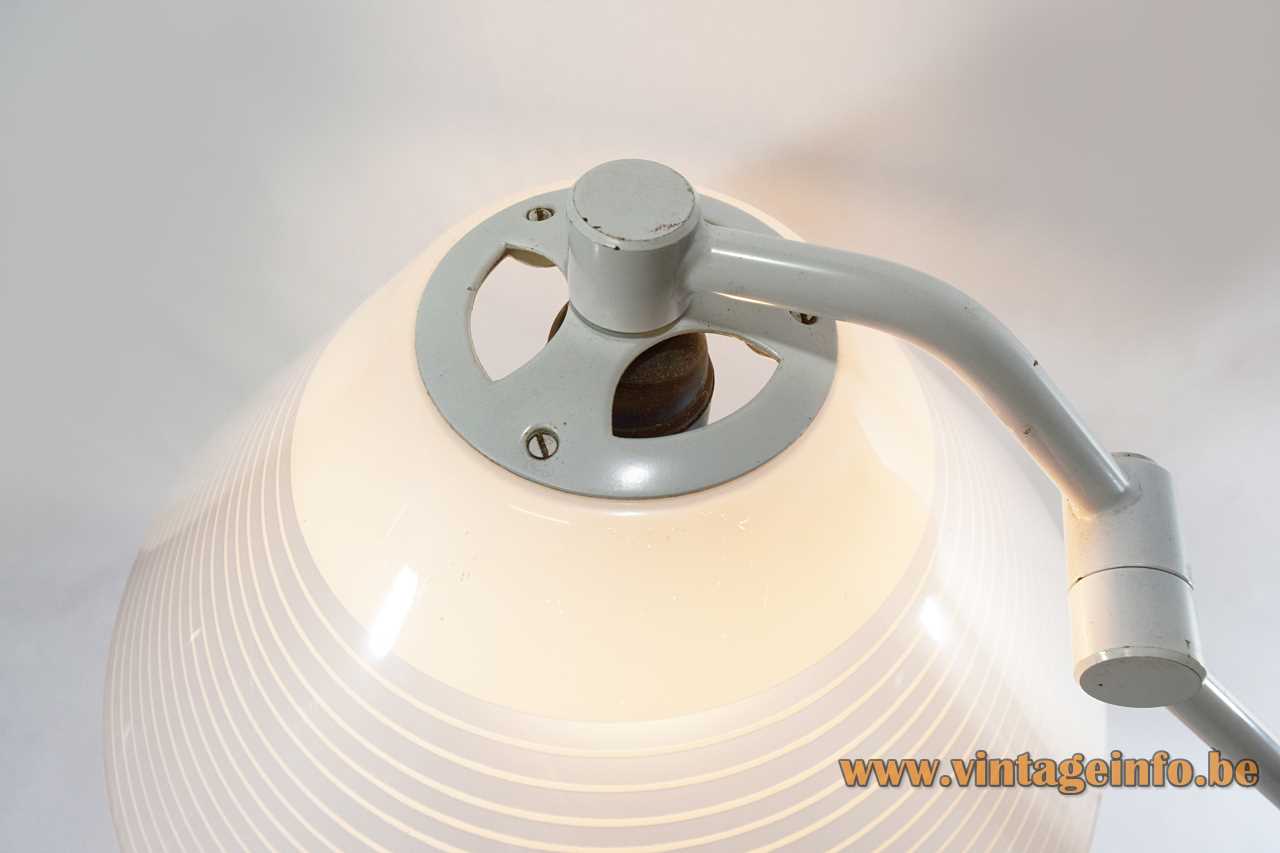 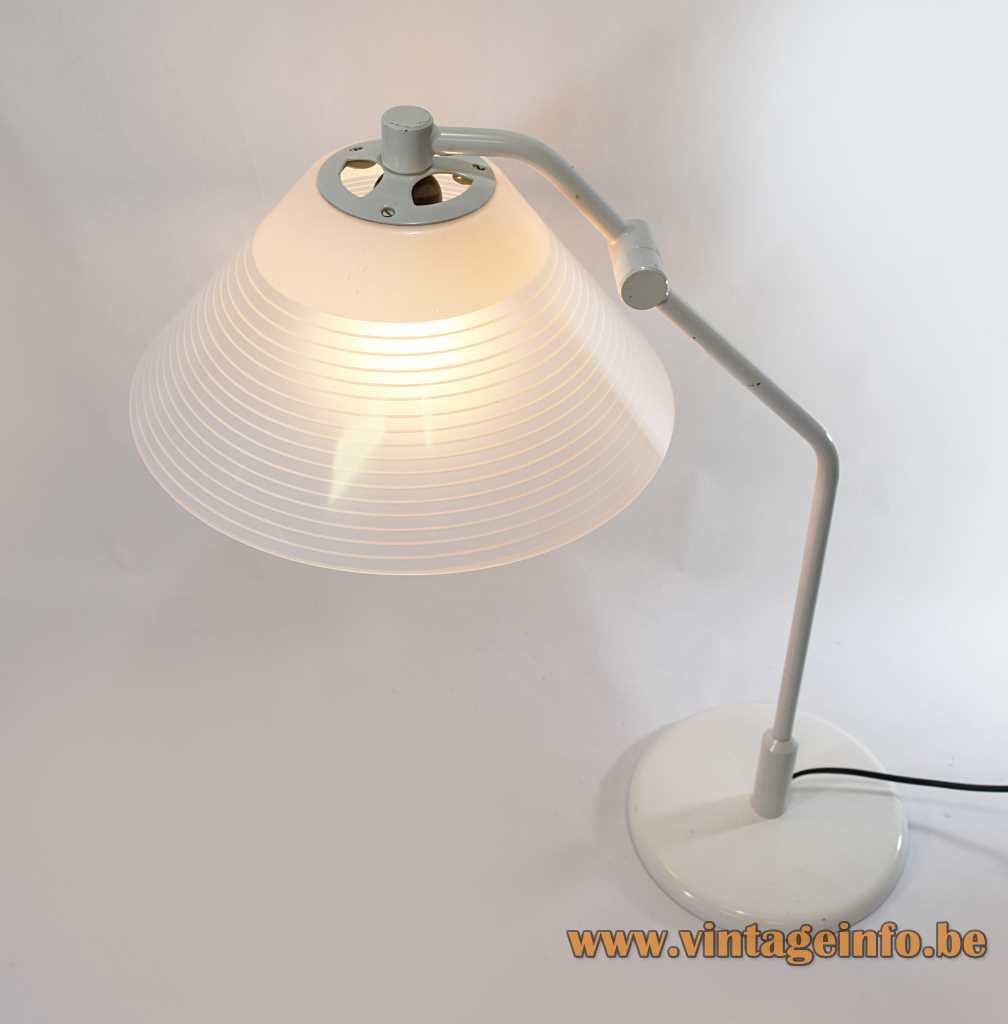 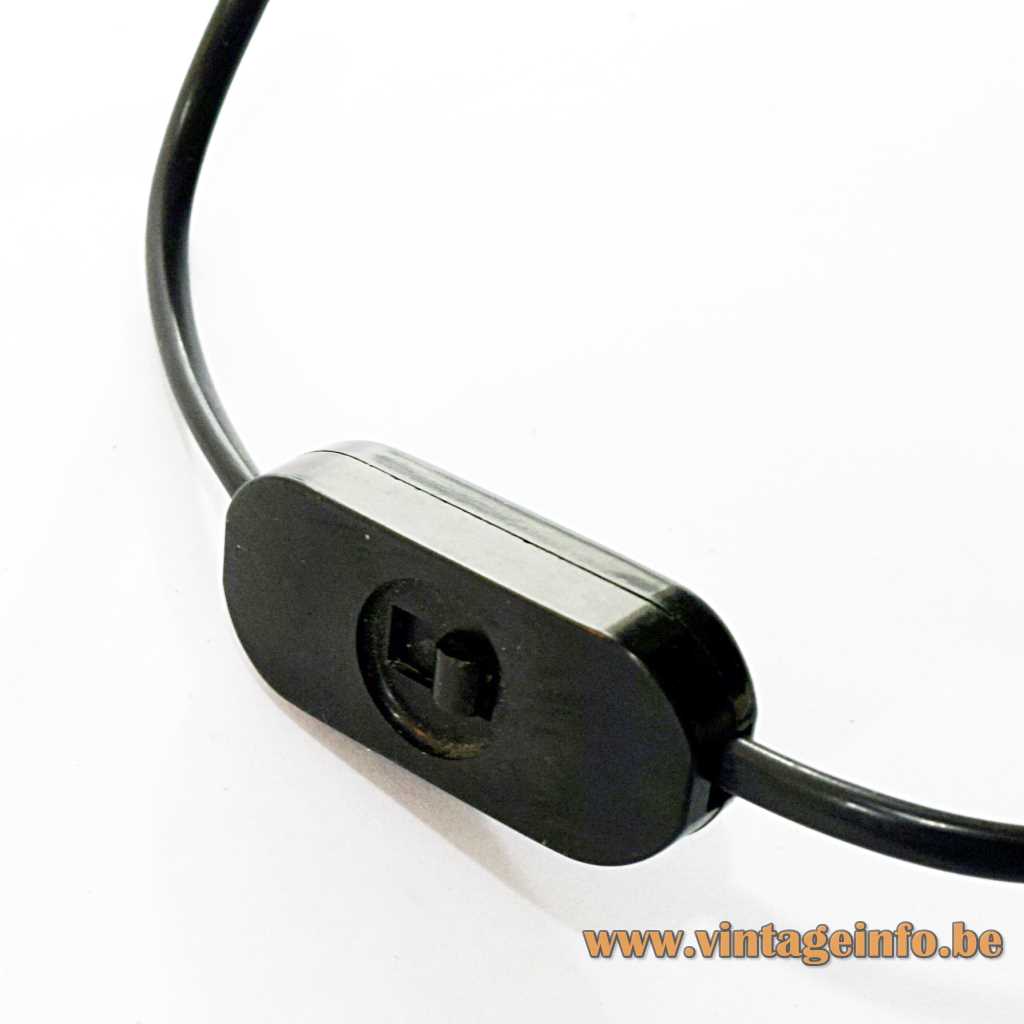 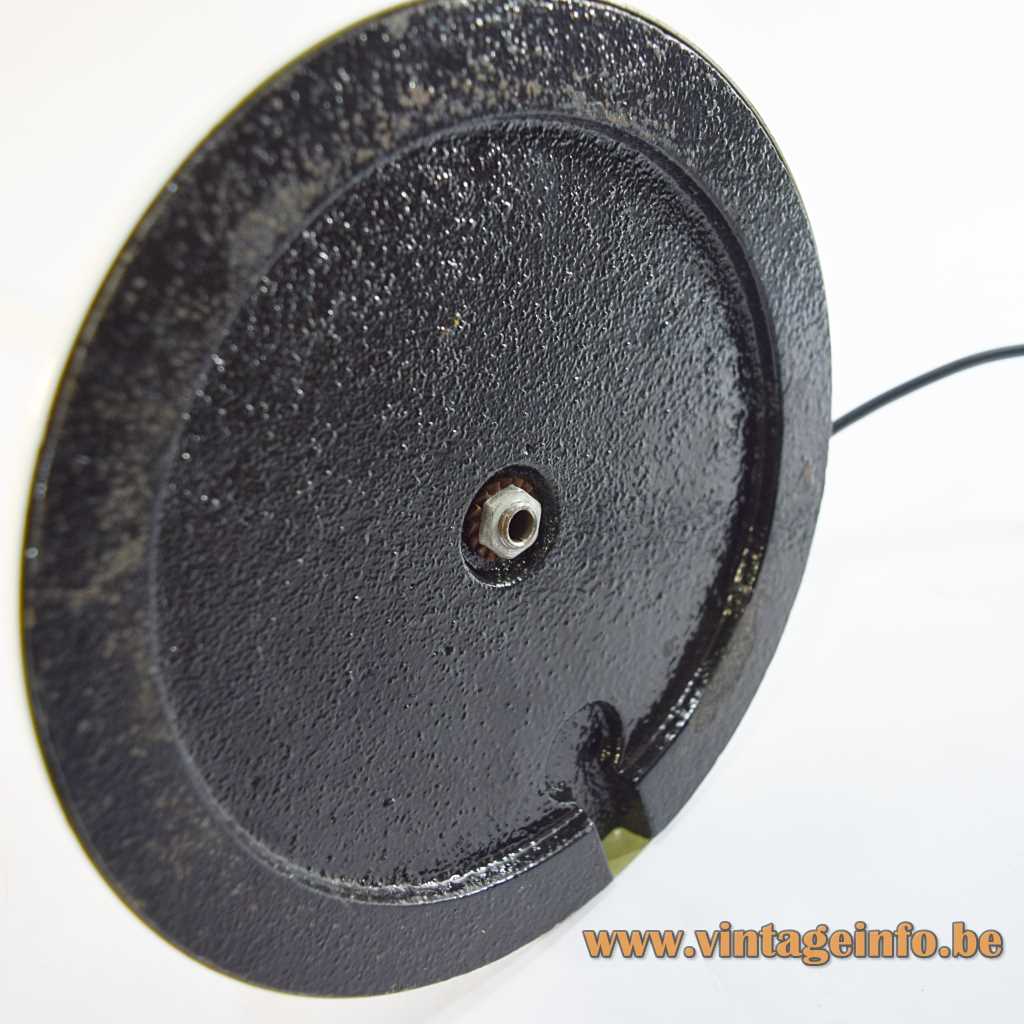 Other versions: This 1970s Tramo desk lamp exists in all probability in several colours.

The wiring, plug, switch and socket are Italian and they are made by VLM Components from Buccinasco near Milan in the seventies. The company became famous for the switches they produce since 1968, designed by Achille Castiglioni. This desk lamp is equipped with switch model 450.