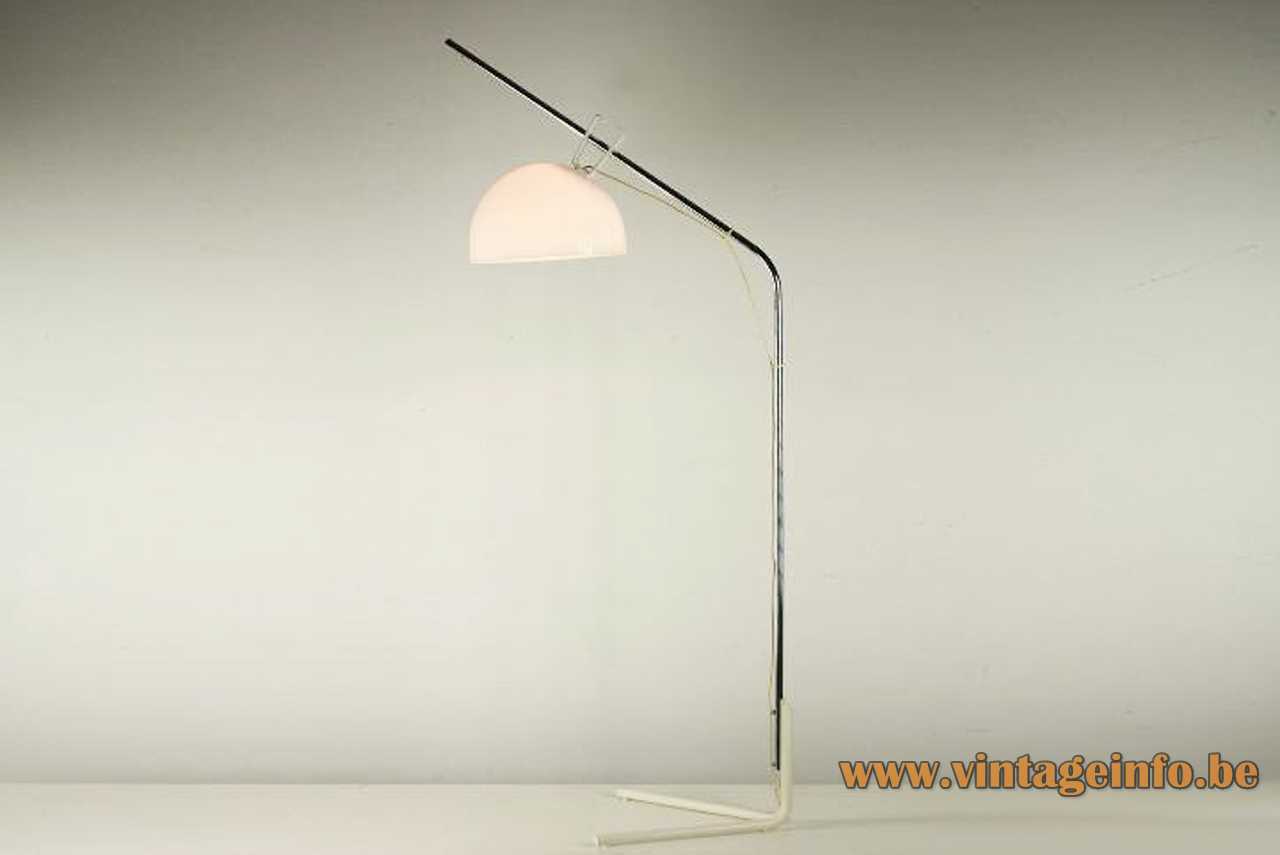 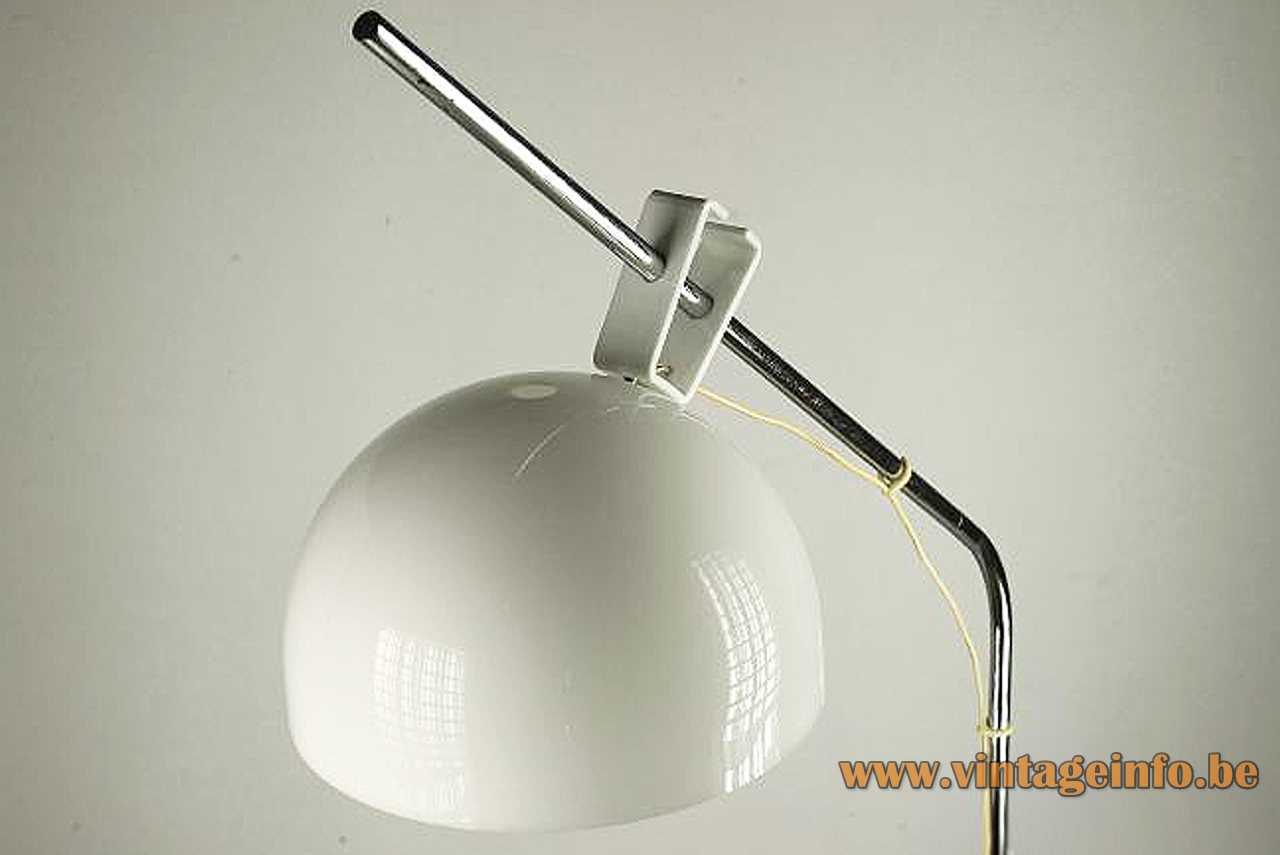 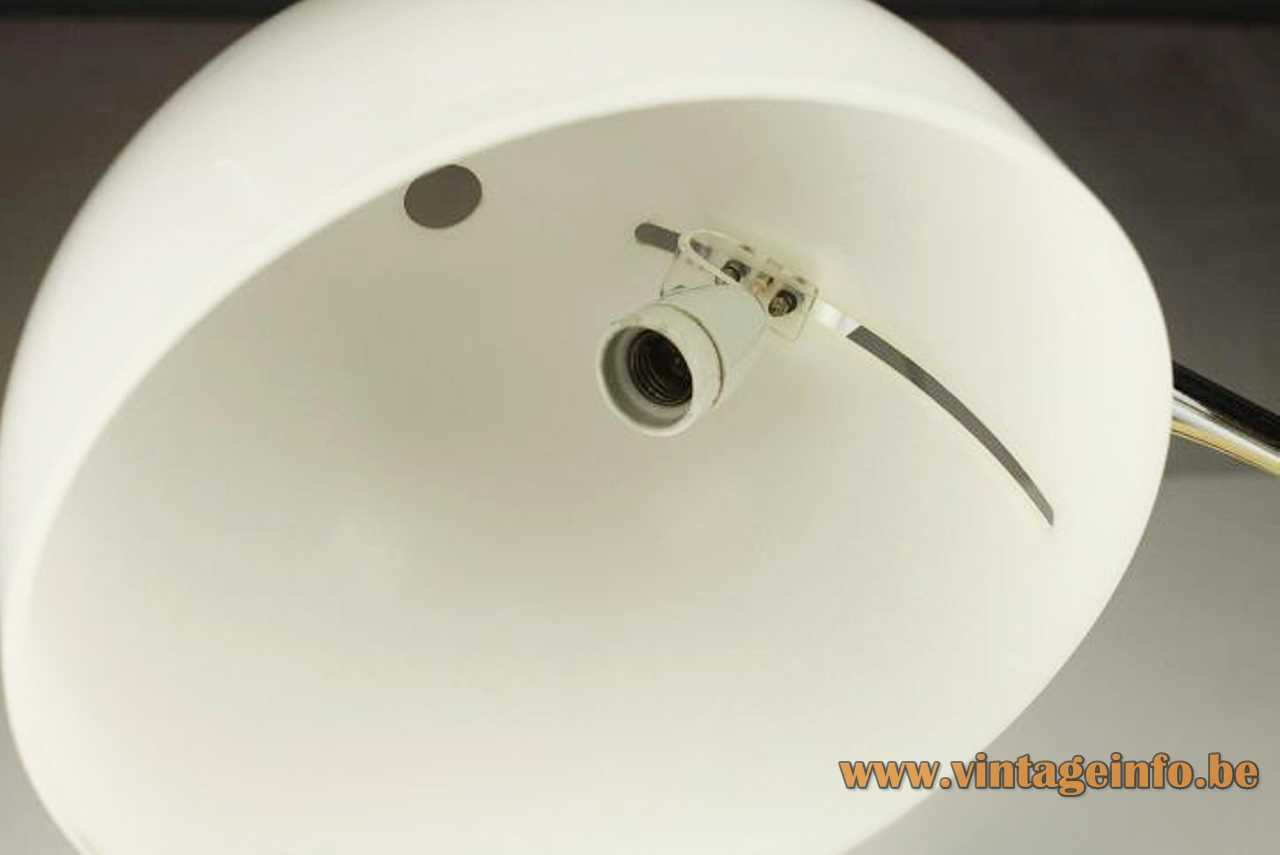 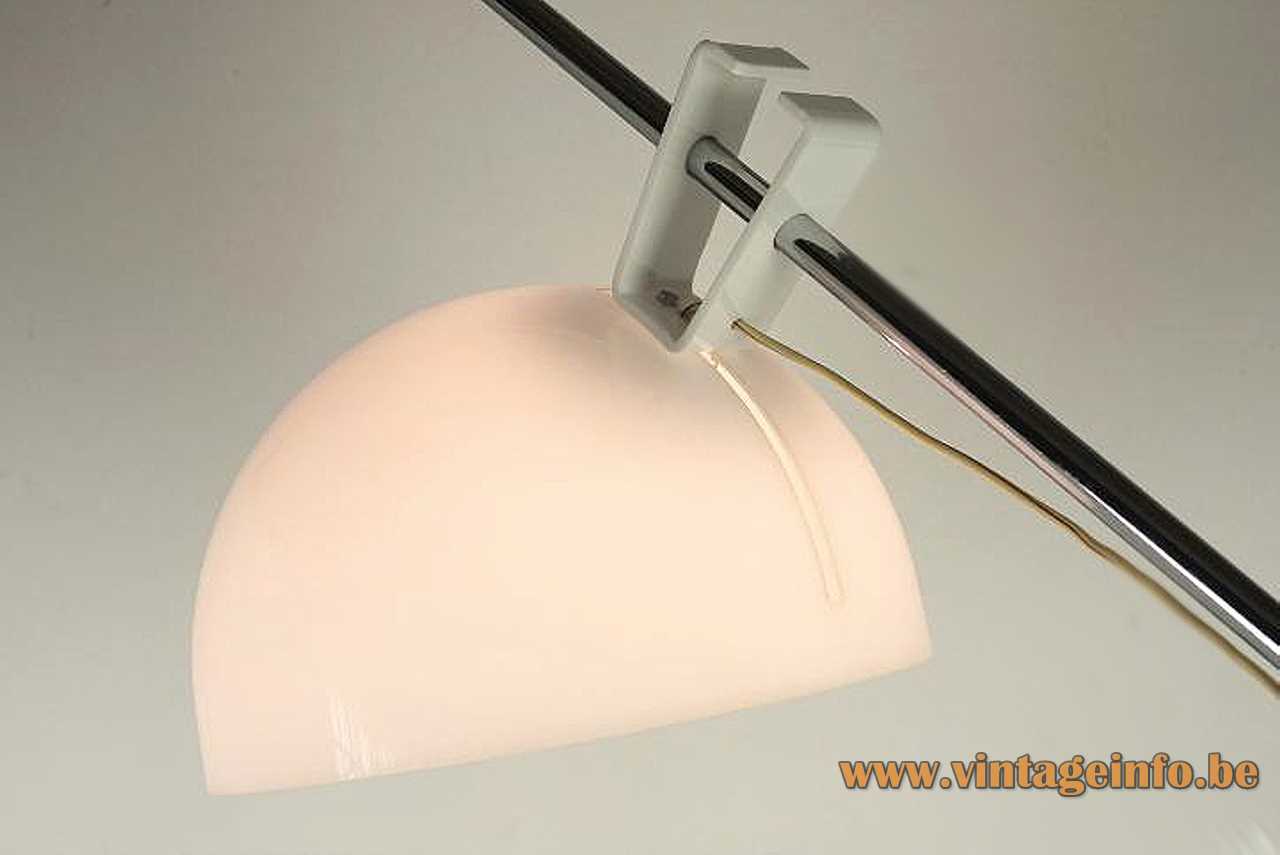 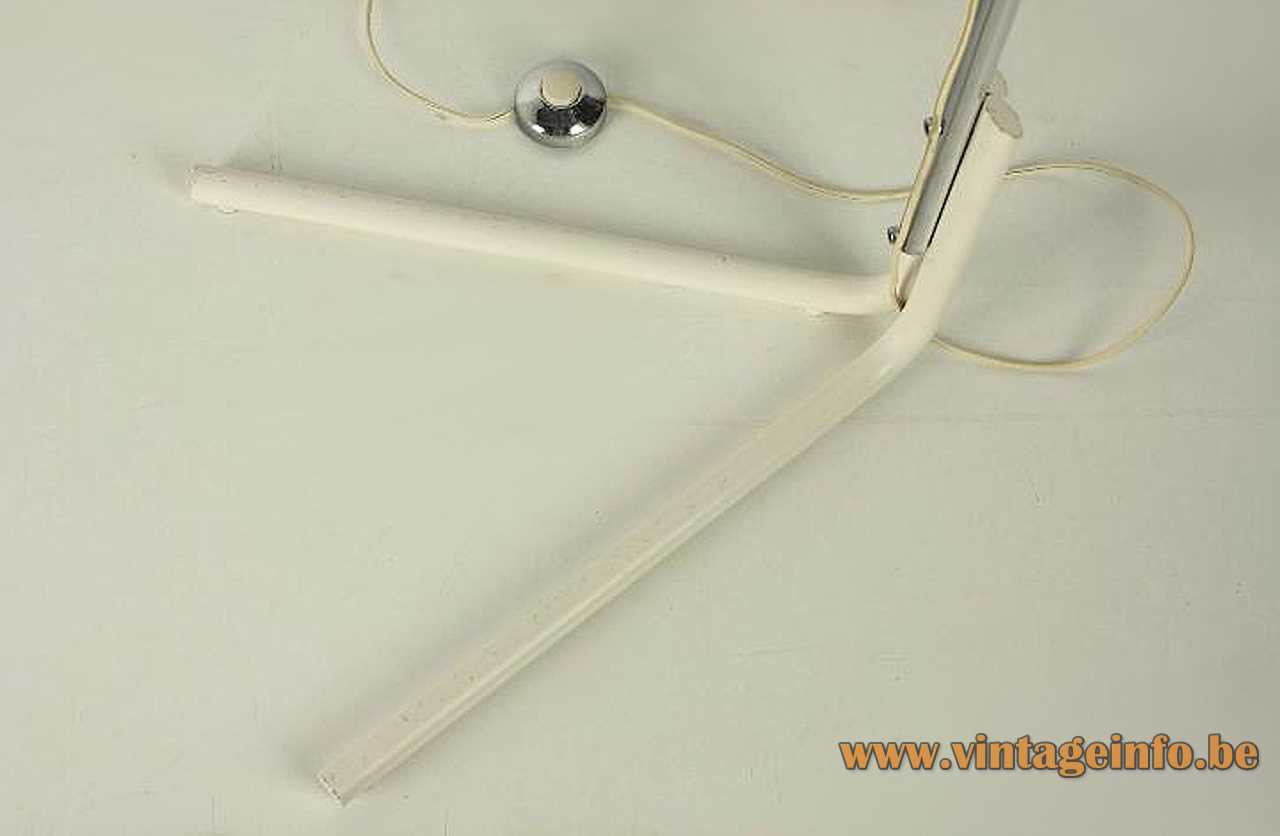 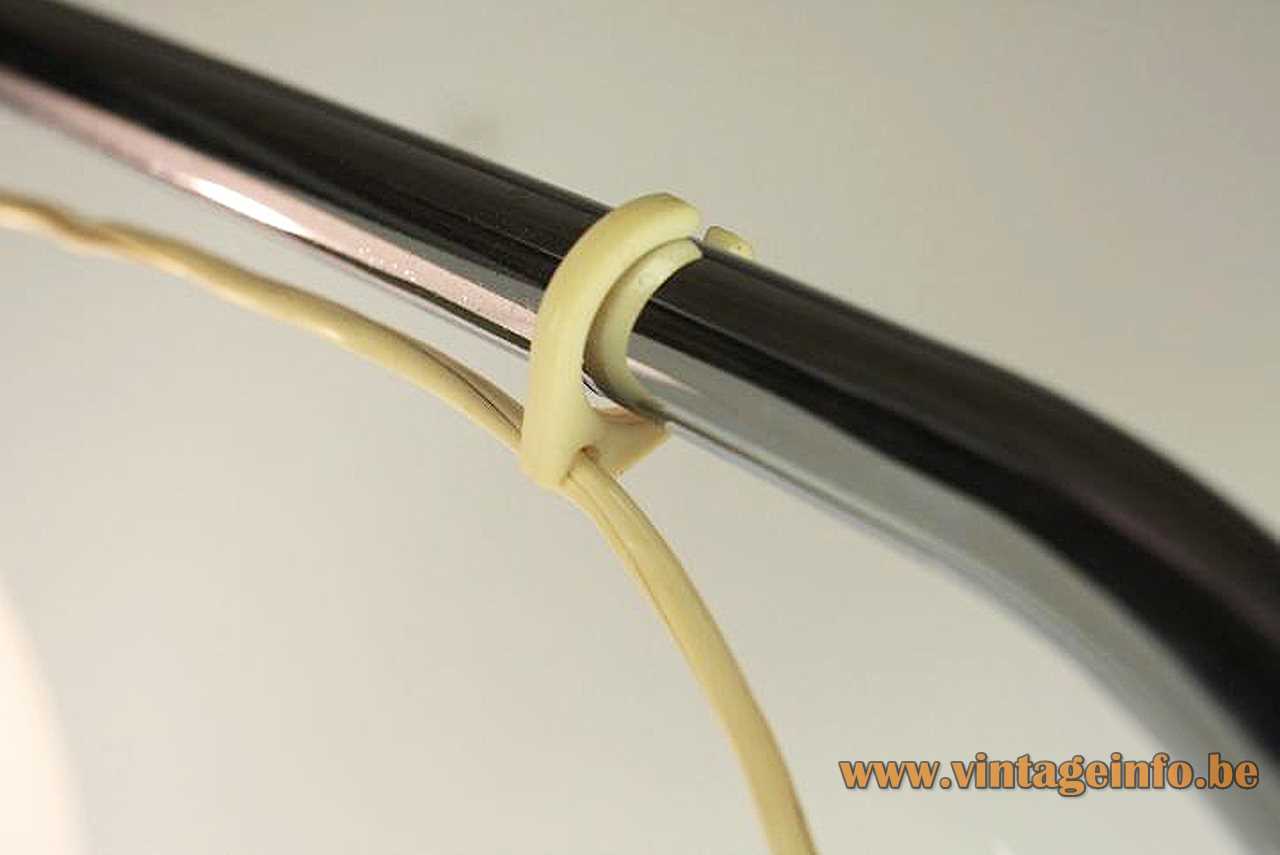 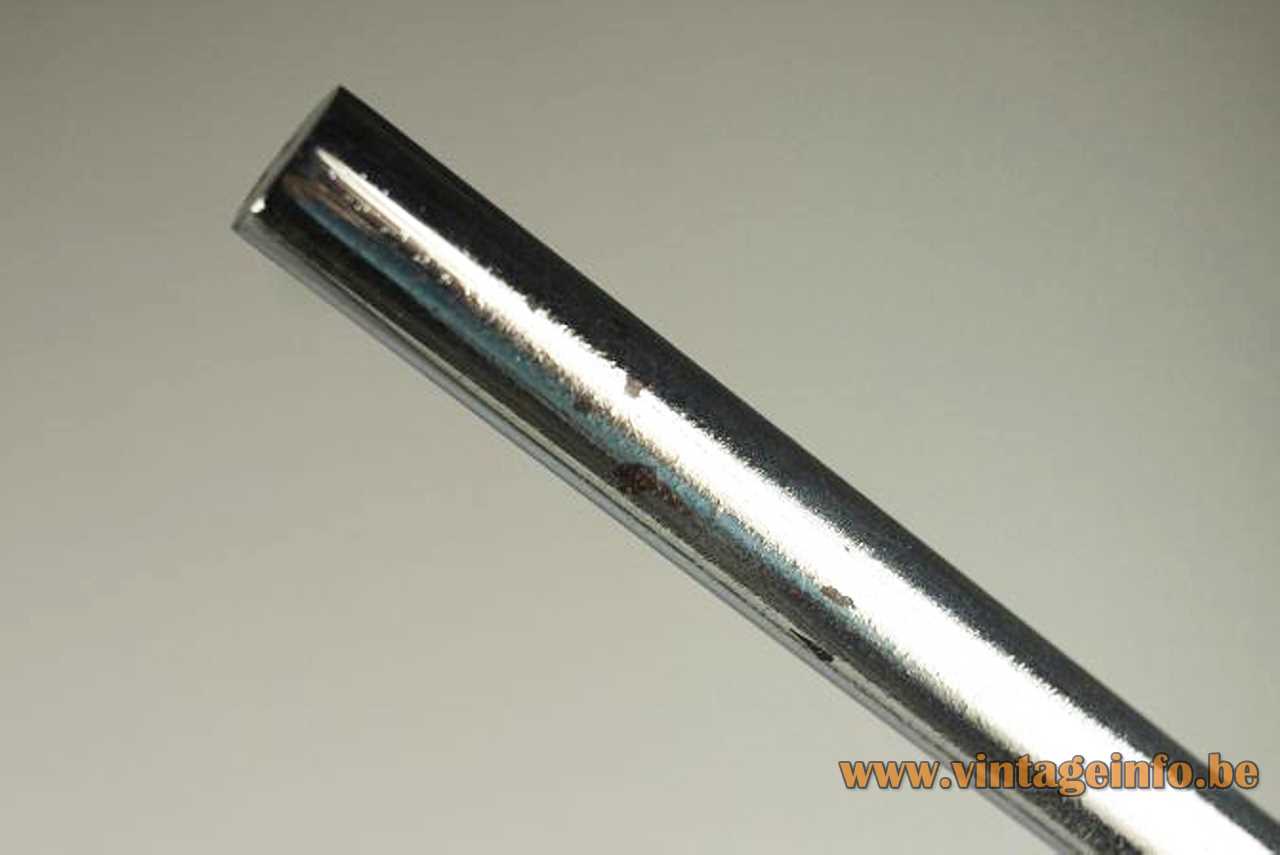 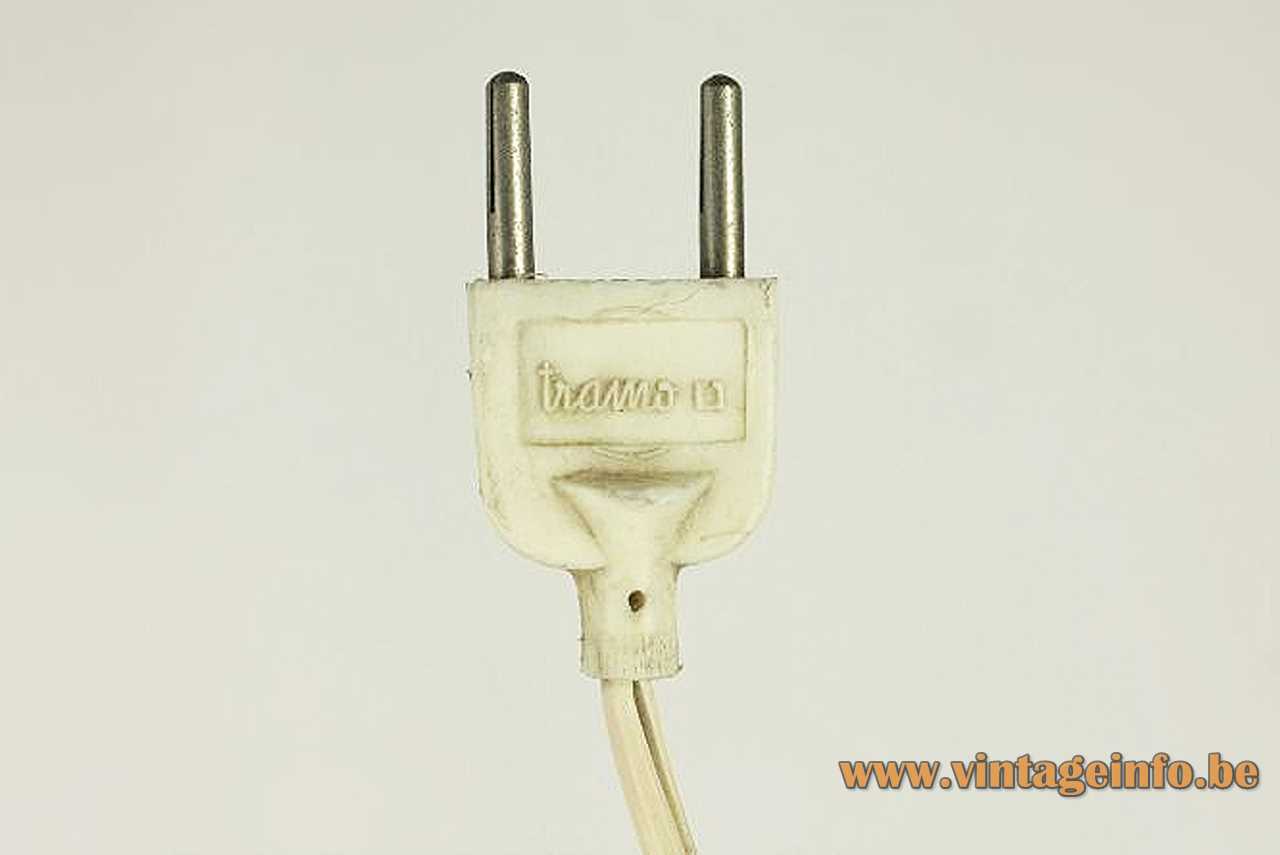 Materials: White painted metal (iron) fork base. Folded chrome rod. Some metal and plastic parts. White acrylic half round lampshade, adjustable with a clamp on the rod. Porcelain E27 socket.

Other versions: This Tramo acrylic arc floor lamp exists in all probability in several colours.