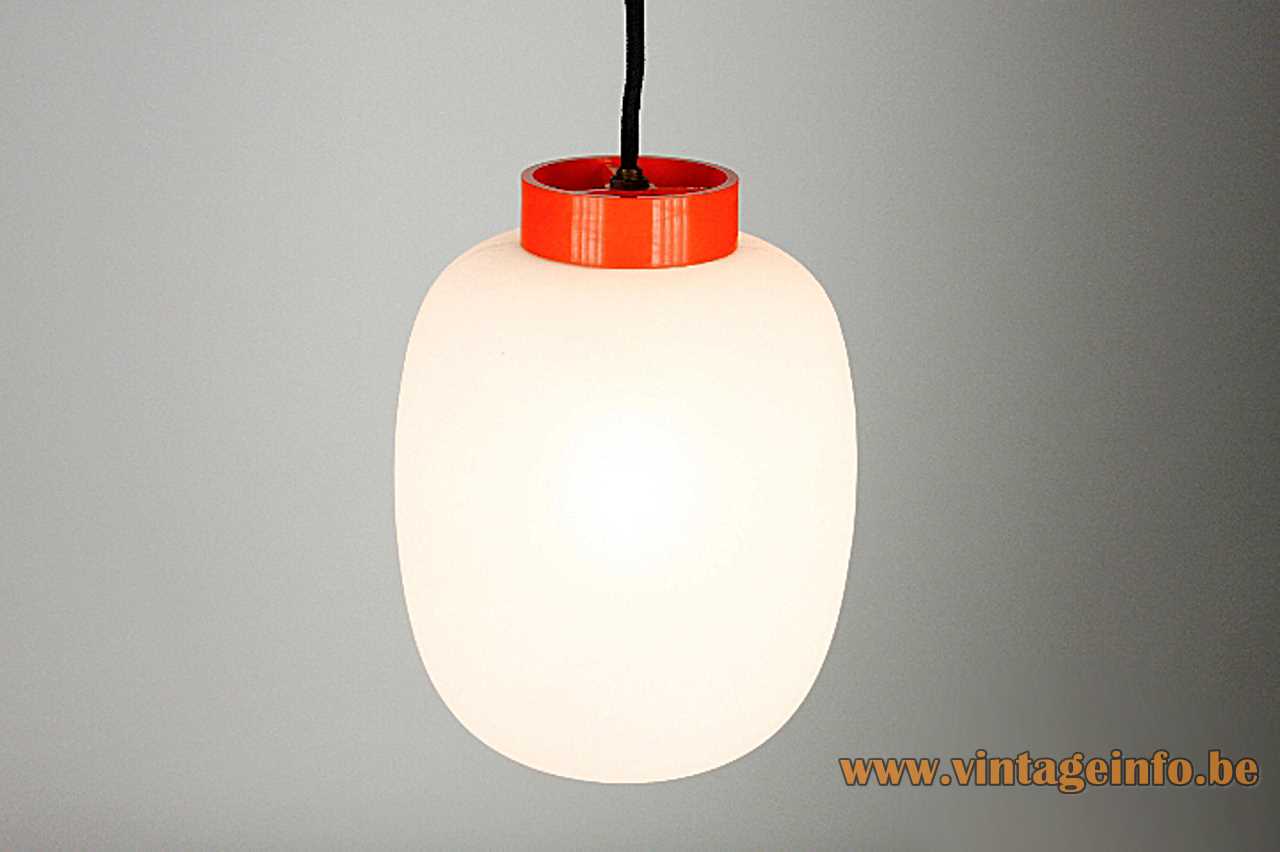 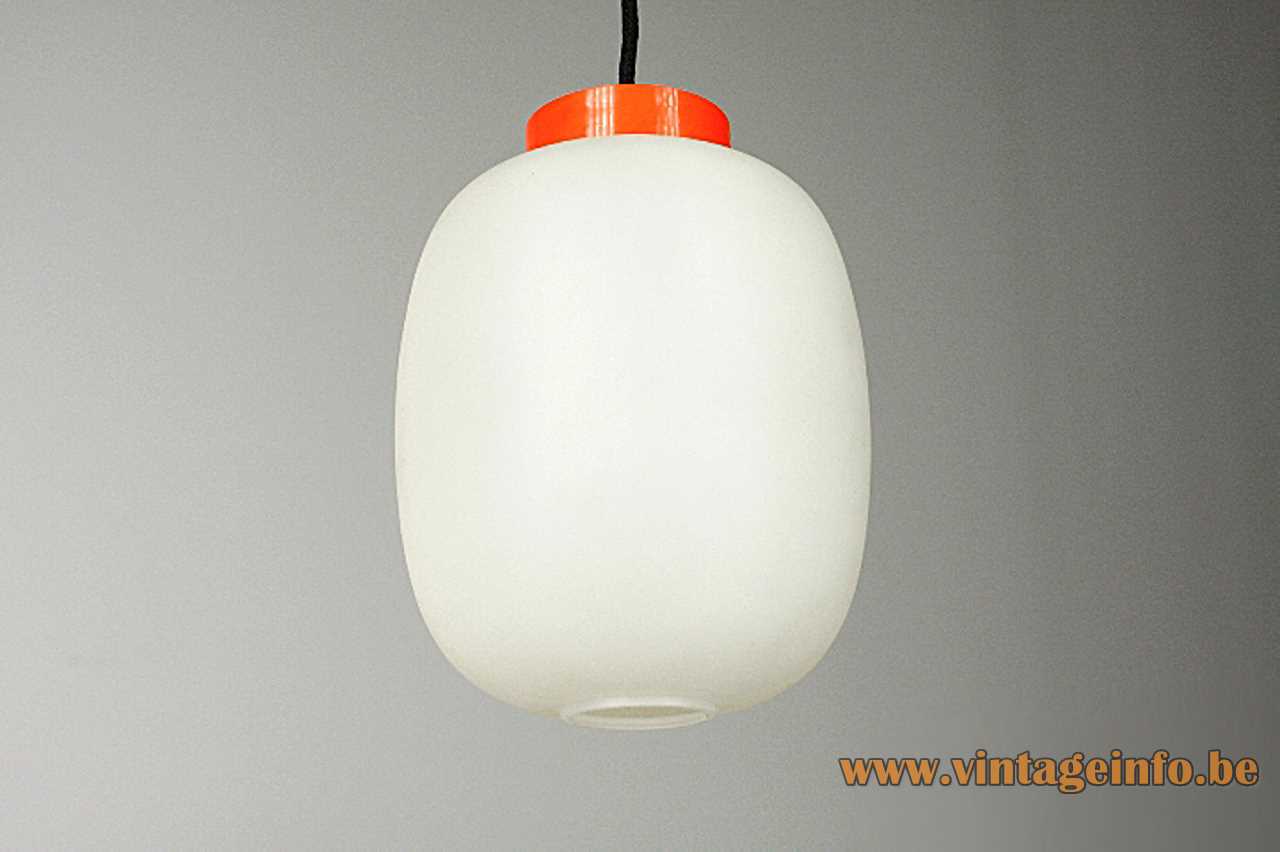 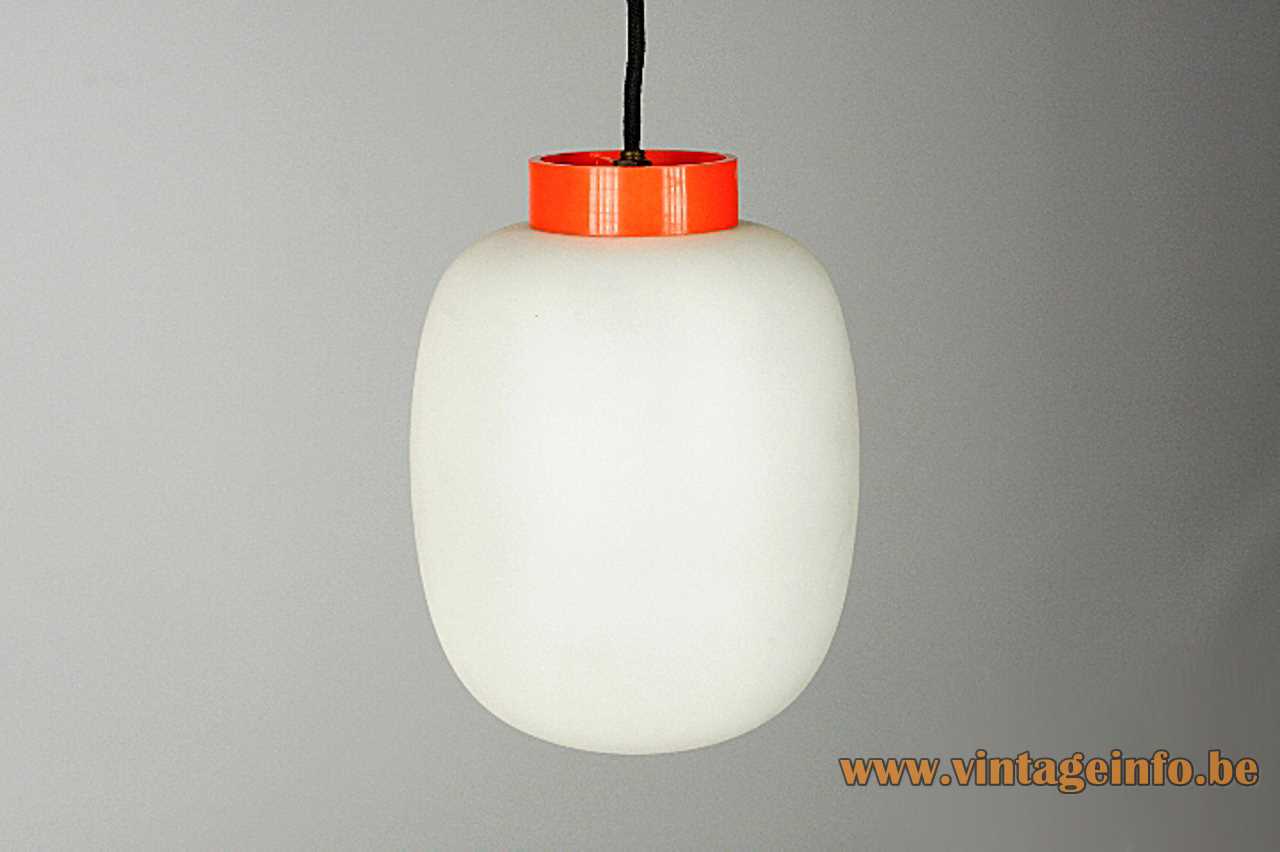 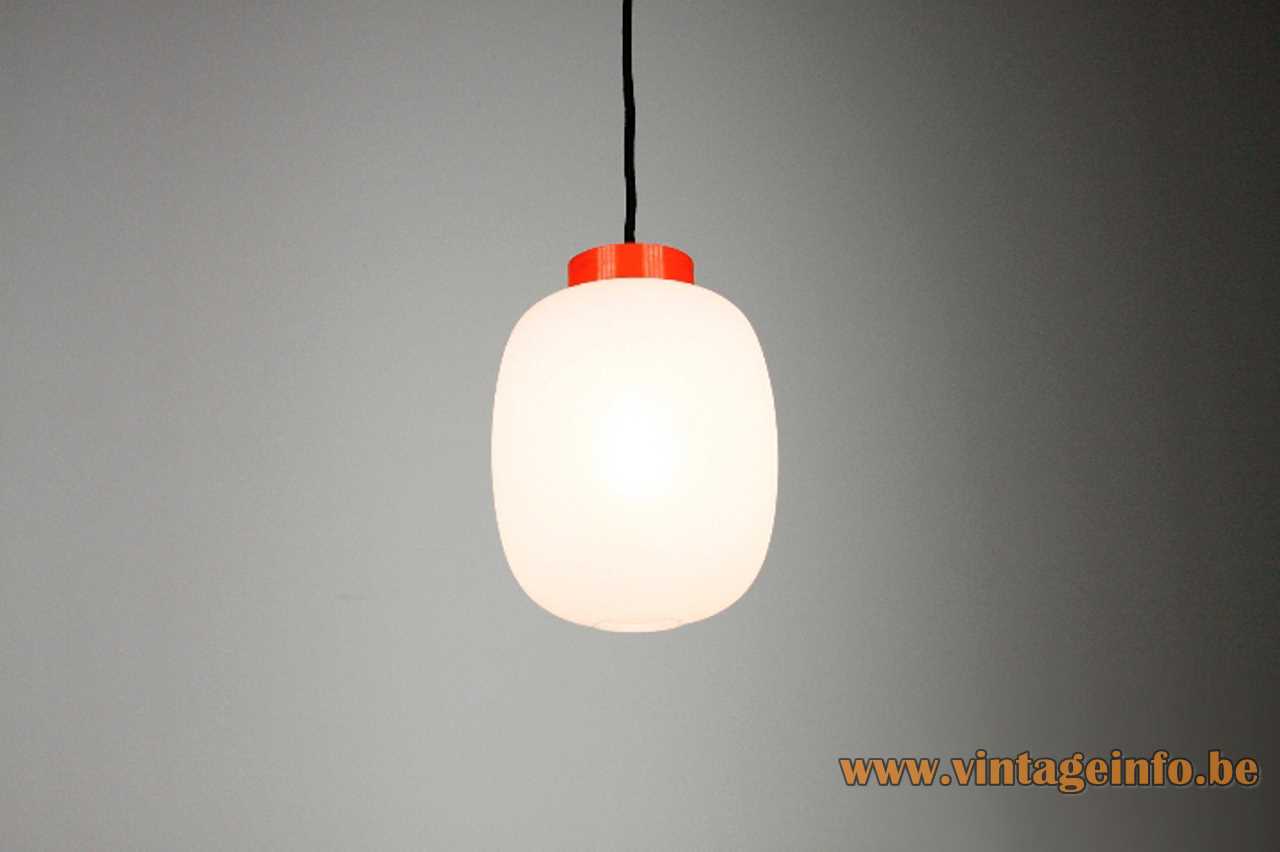 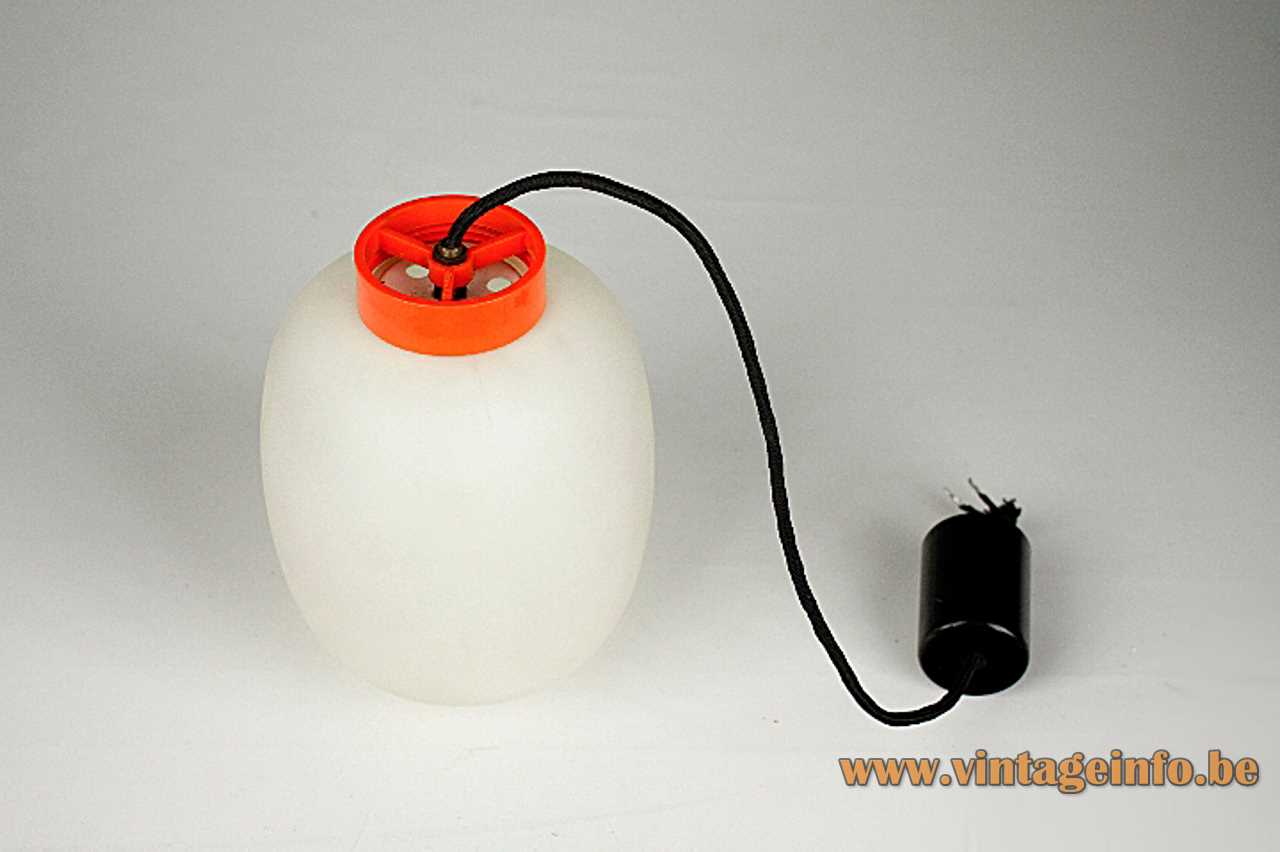 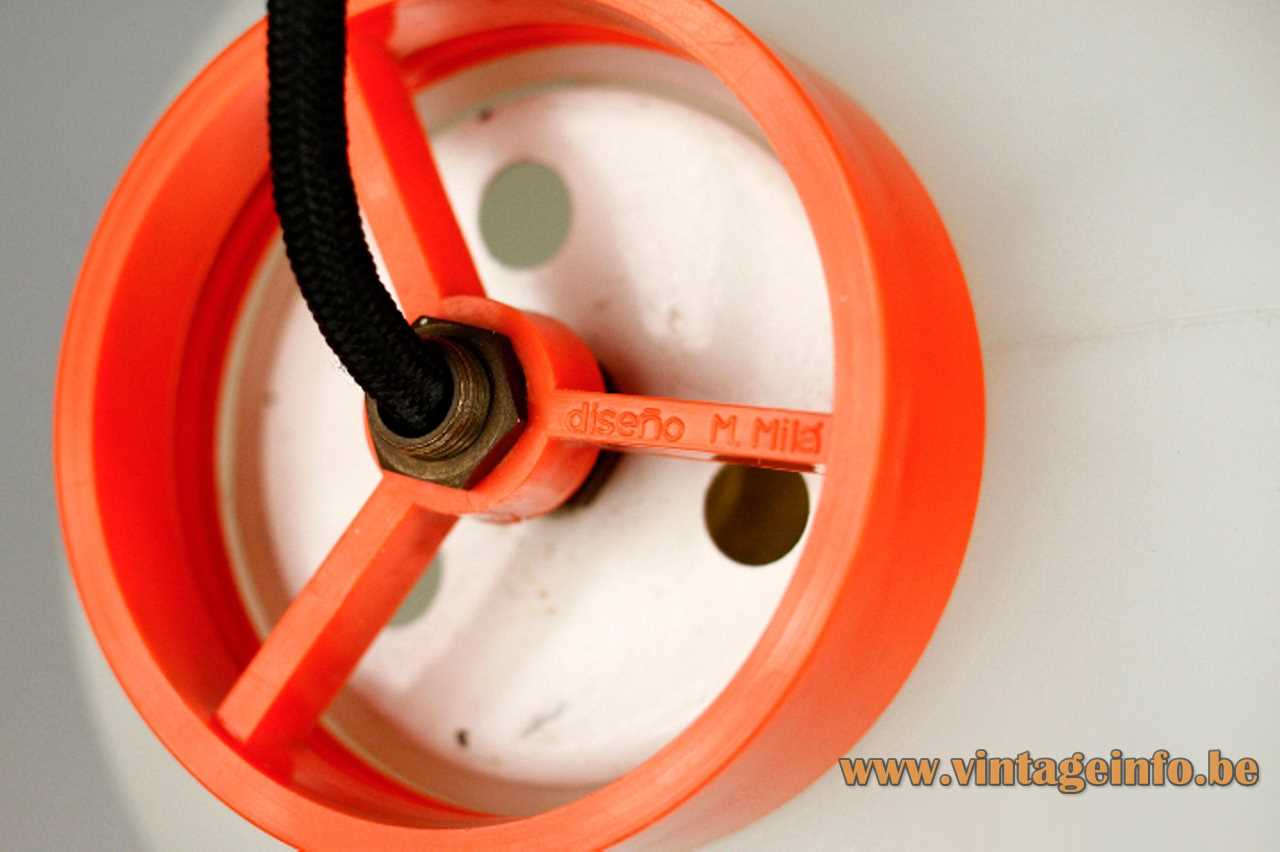 The Globo Cestita pendant lamp in the Barcelona Design Museum

Other versions: This Miguel Milá Globo Cestita pendant lamp exists in 2 sizes. The bigger version is the Cesta. The first design was a floor lamp with a cane frame with a handle. Cesta is Spanish for basket. They exists in plastic and in glass.

Miguel Milá found an abandoned opal glass globe in front of a glass factory in Barcelona in the early 60’s. He picked it up, and over the years, it became the heart of this large family.

A very similar pendant lamp, but also with a ring below, all in teak, was designed by Bent Karlby for the Danish Lyfa in the early seventies. It is named Teak-Kina, a pendant lamp in white oval opal glass.