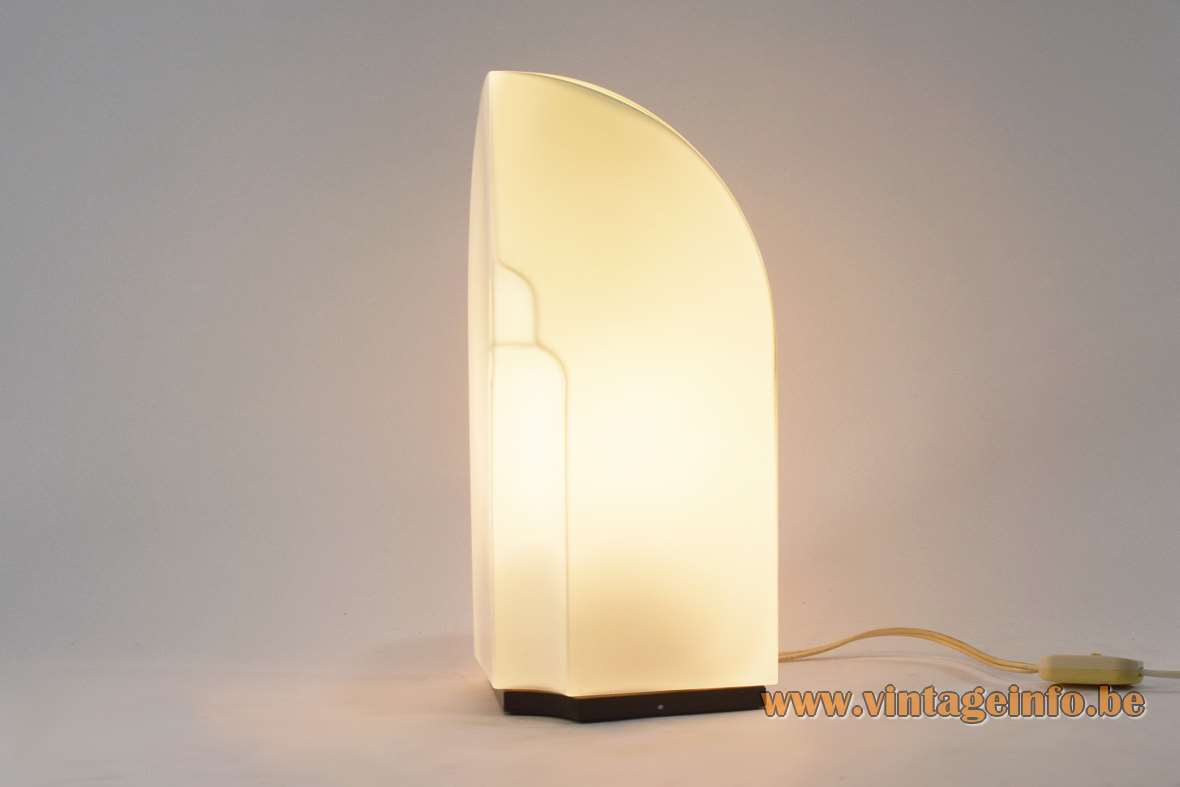 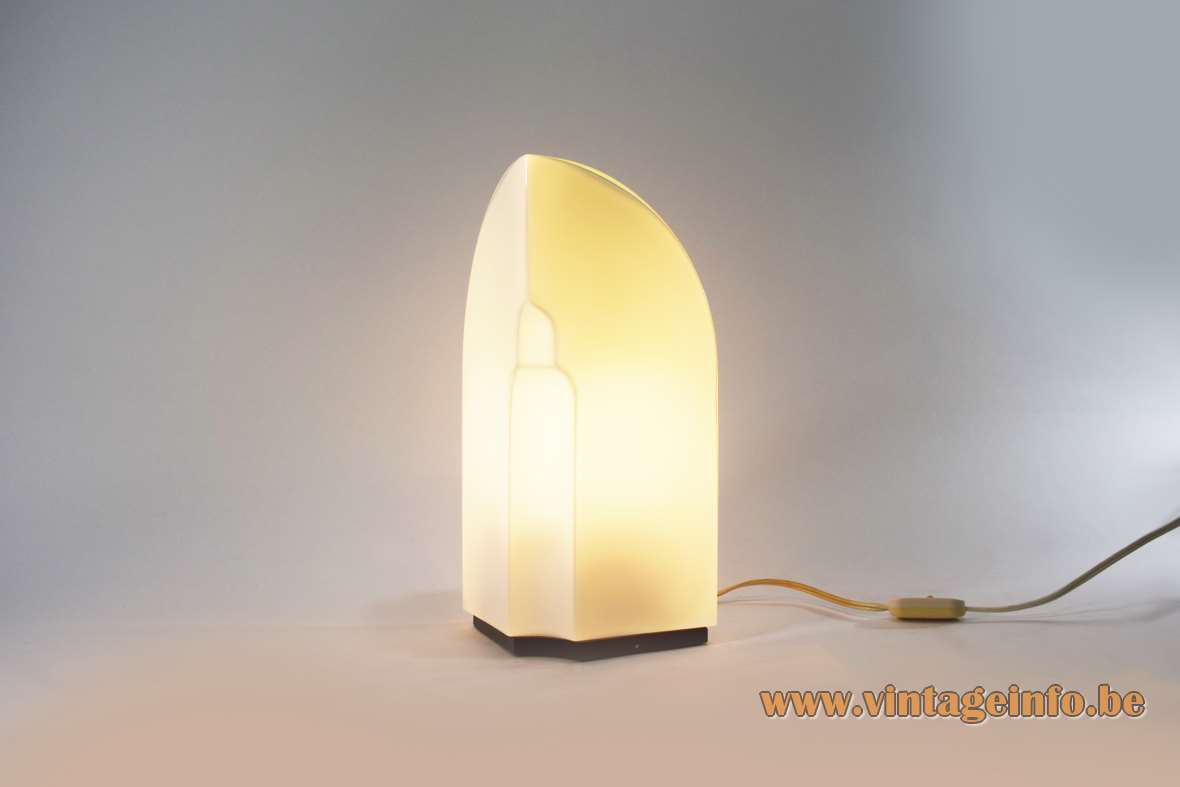 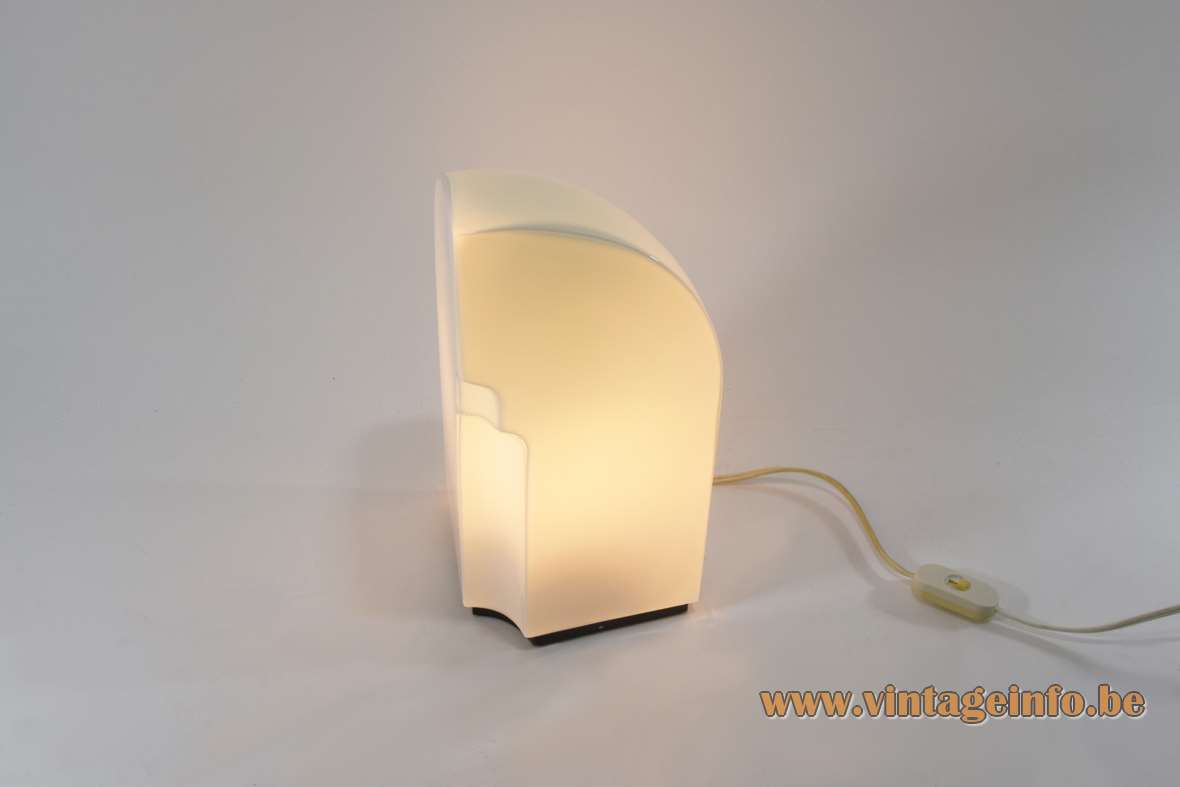 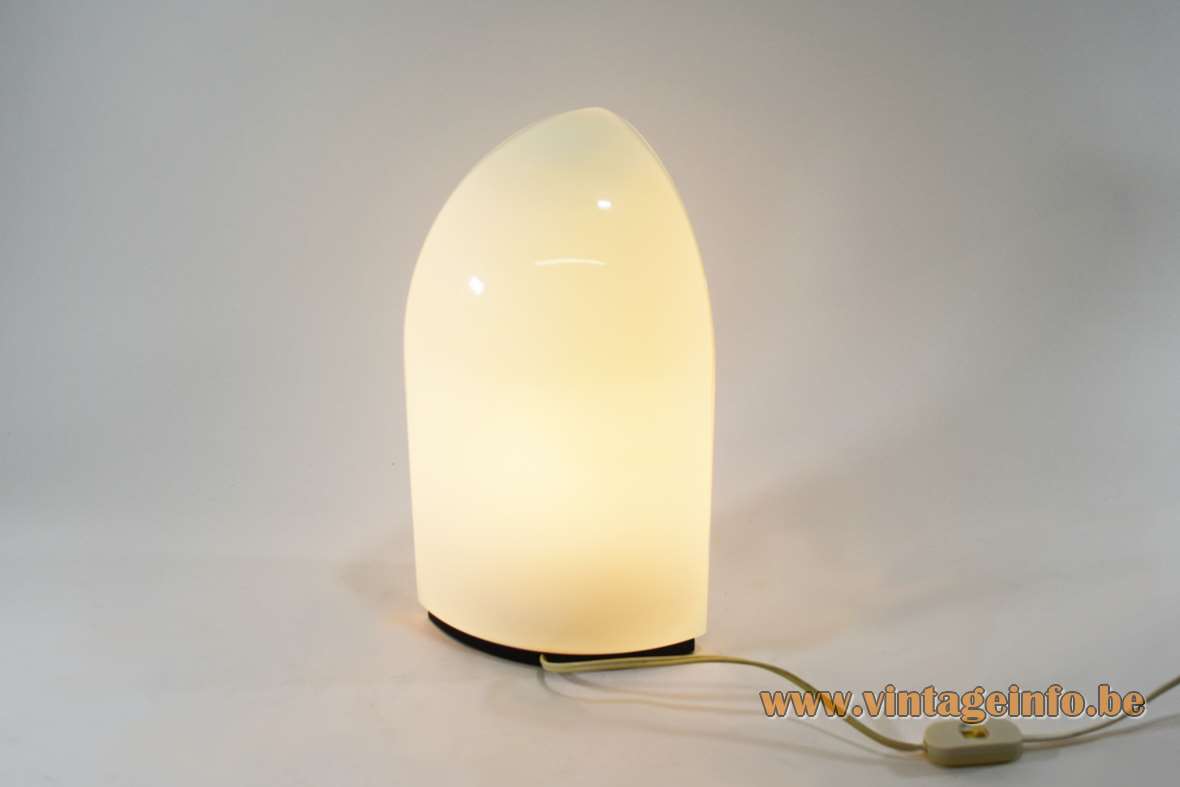 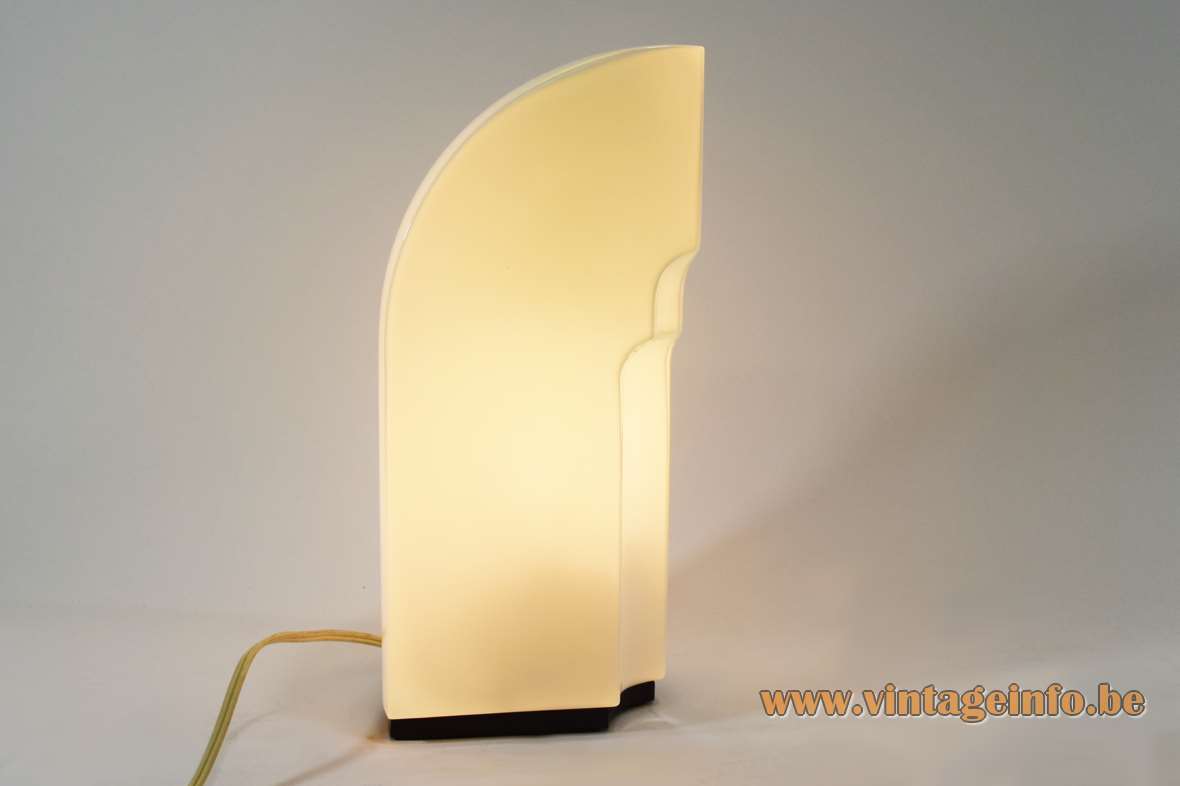 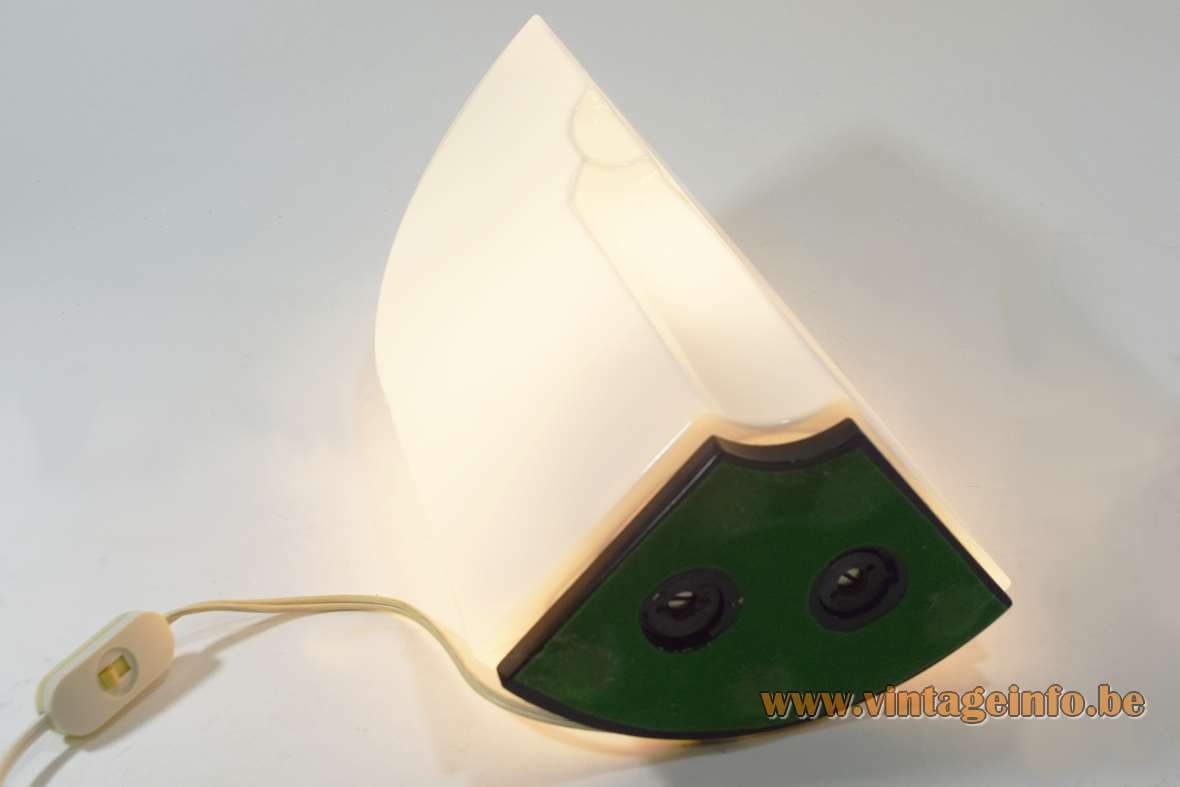 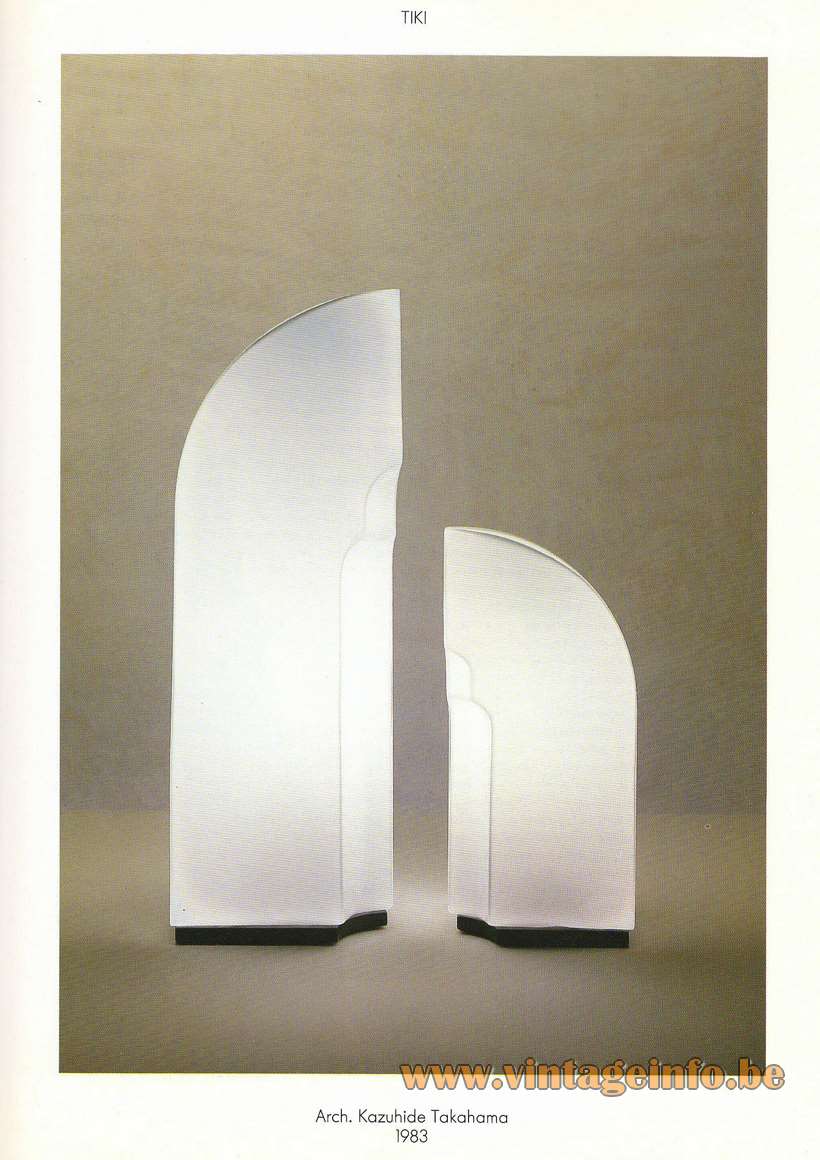 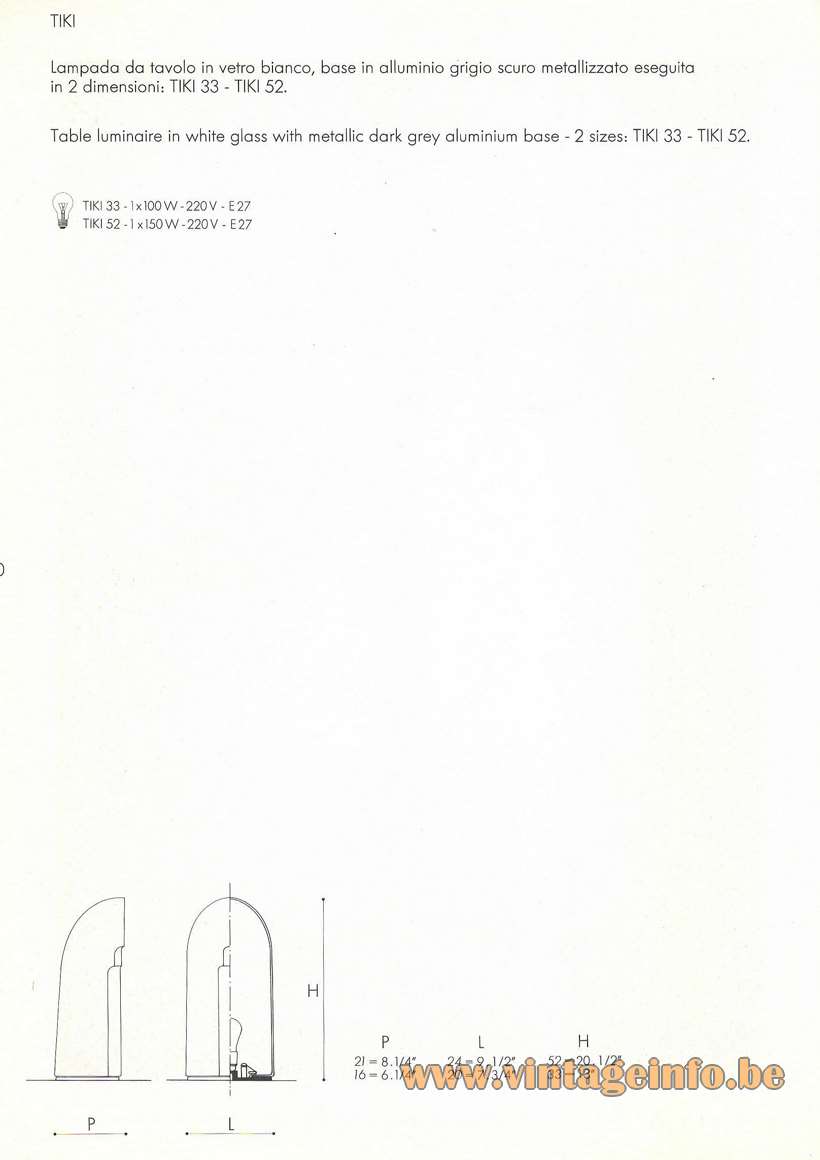 Probably a Leucos Tiki table lamp or a very similar one, was used as a prop in the 2022 German film Buba. Starring Bjarne Mädel, Otto Georg Friedrich and Anita Vulesica. 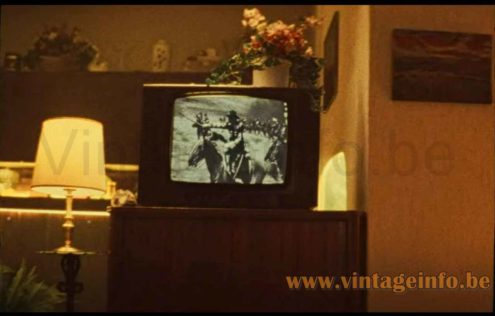 Materials: White opal hand blown crystal Murano glass lampshade in a triangular wedge or gusset shape. The base is made in metallic dark grey, almost black aluminium. Green felt on the bottom of the base. Metal screws, metal rod inside. Bakelite E27 socket.

Other Versions: The Leucos Tiki table lamp exists at least also in 55 cm / 21.65” height. It is named Tiki 55, this one is Tiki 33. First produced in white, later editions are also made in white with a black stripe and white with a red stripe. Possibly also some other colours. The Tiki lamp was designed in 1983 and made for several years. Later versions have a  black molded plastic base with green felt.

Kazuhide Takahama was born in 1930 and graduated from the Tokyo Institute of Technology in 1953. He designed the Japanese Pavilion for the Milan Triennale.

He relocated to Italy and was commissioned by numerous Italian design houses. Takahama is best known as a furniture and designer, and has produced work for B&B Italia, Gavina and Knoll.

In 1975 he designed the Kazuki lamp for Sirrah. Made of a wire frame covered in elastic white jersey.

Kazuhide Takahama died in Bologna, Italy in 2010. He was 80 years old.