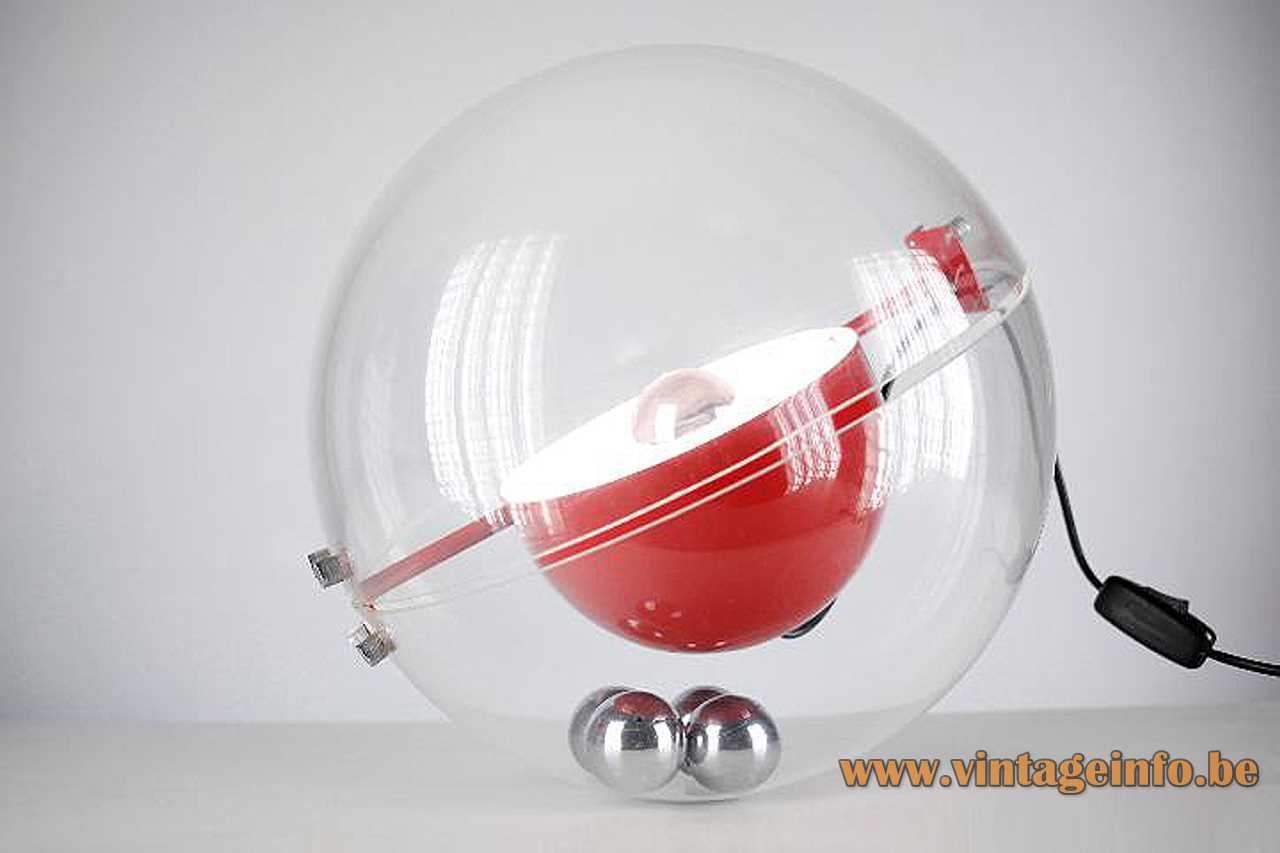 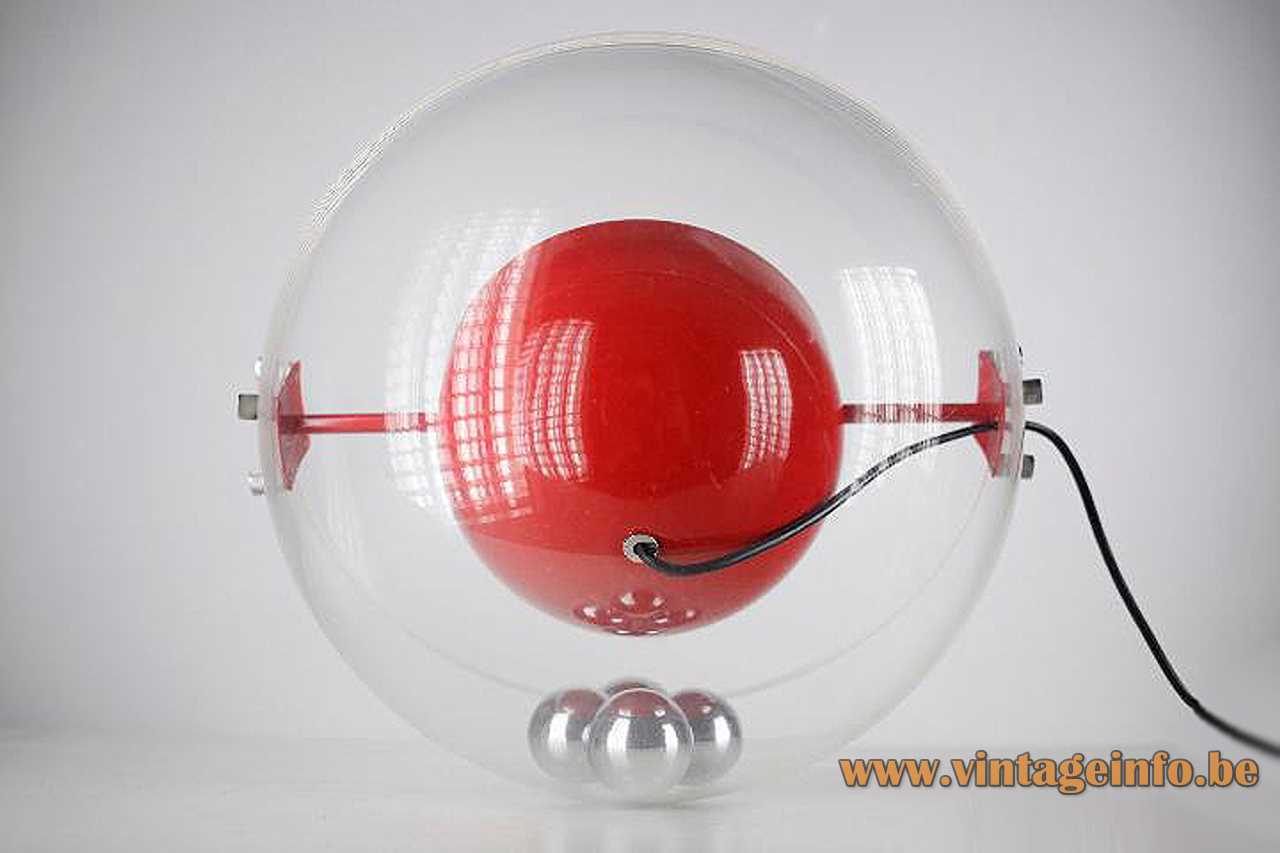 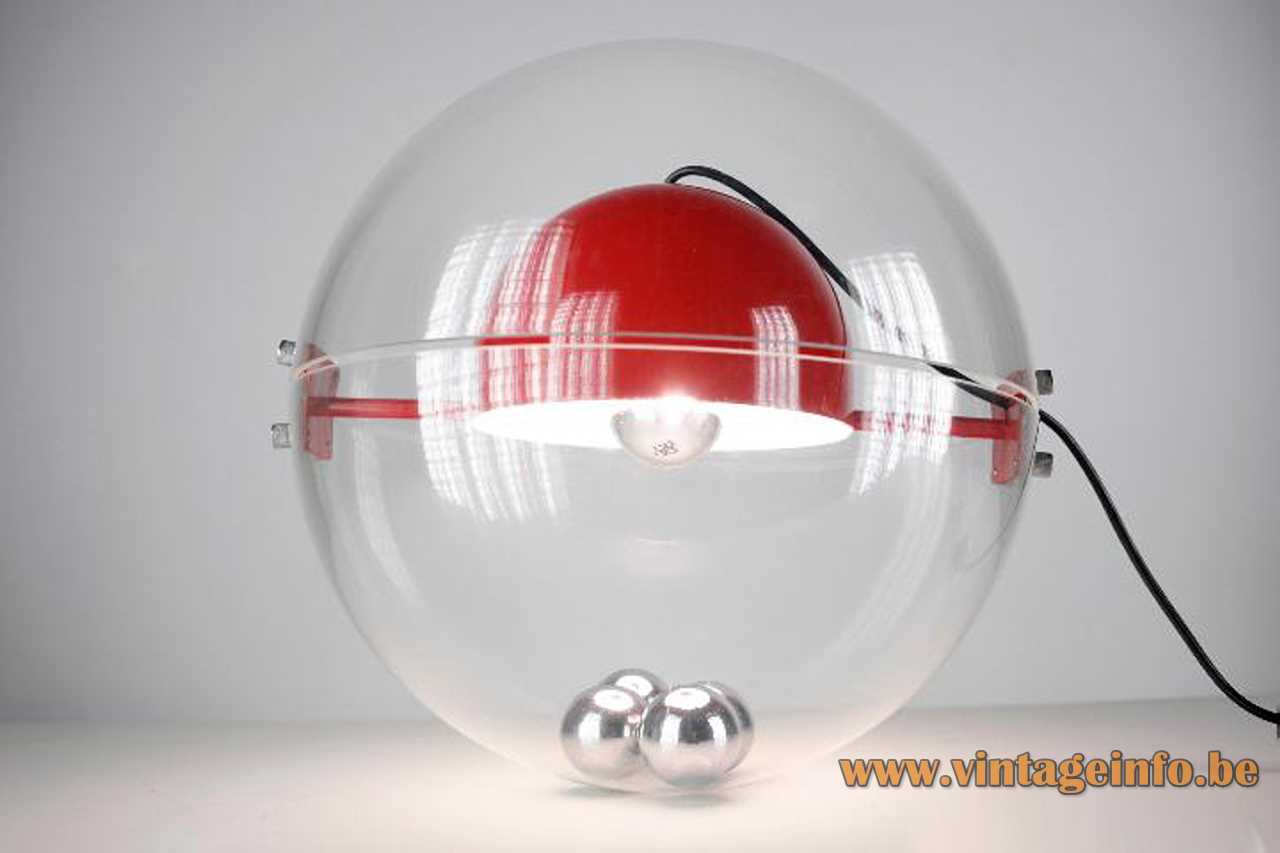 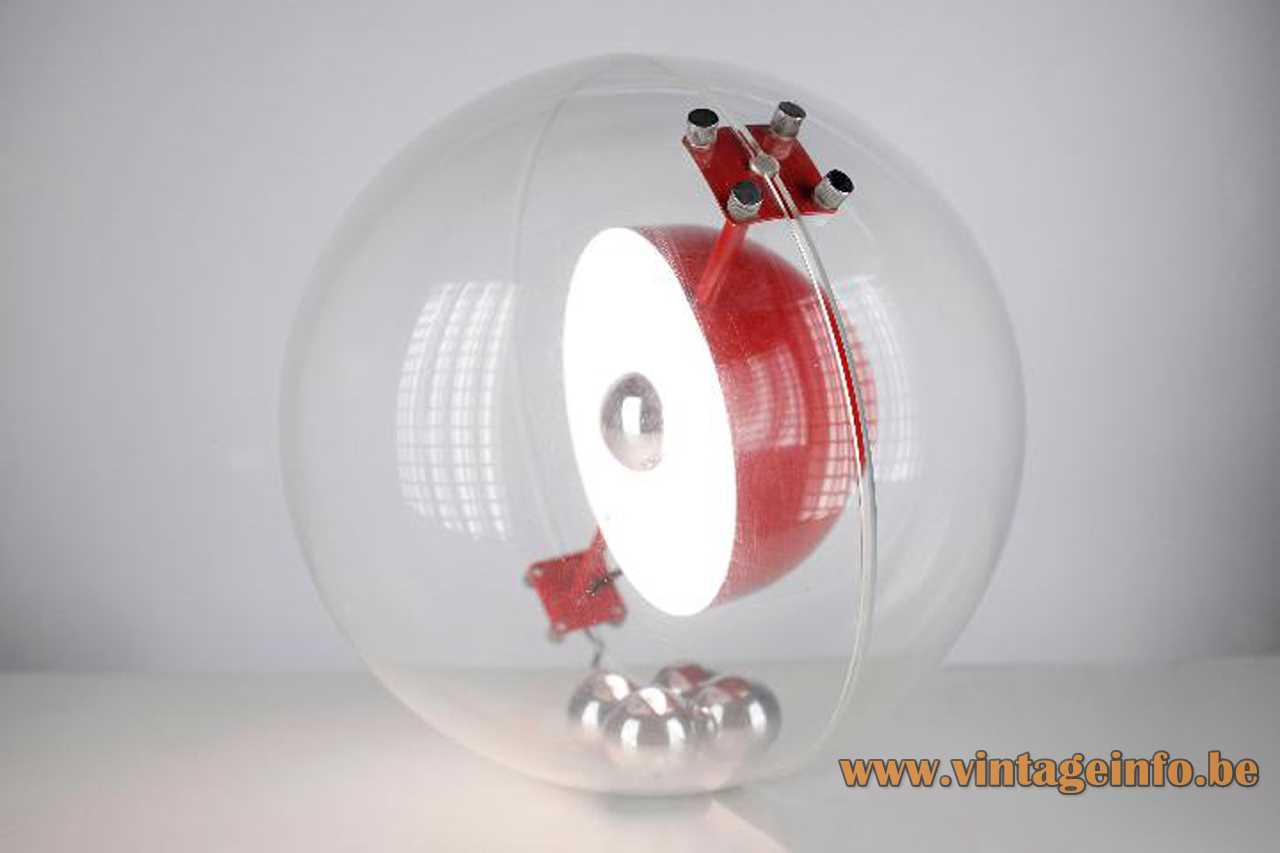 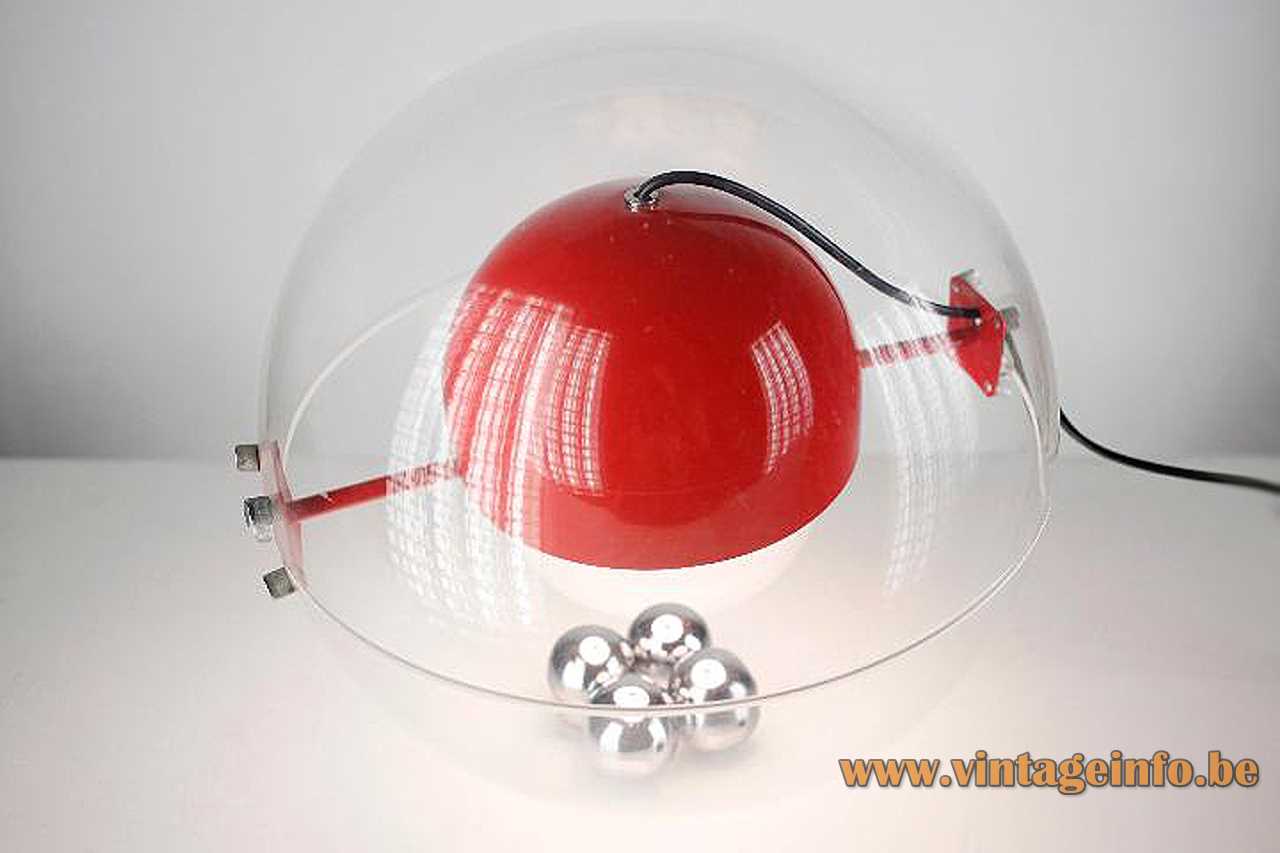 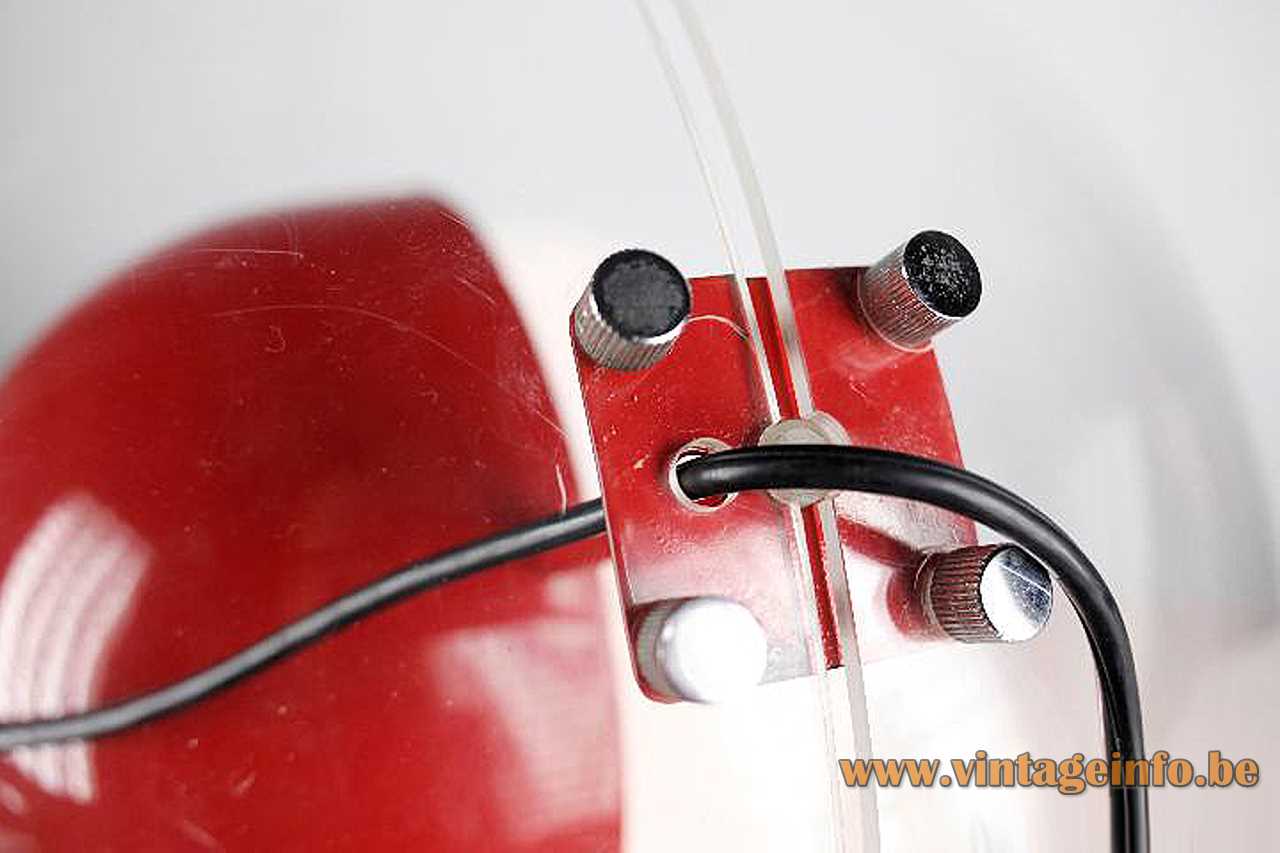 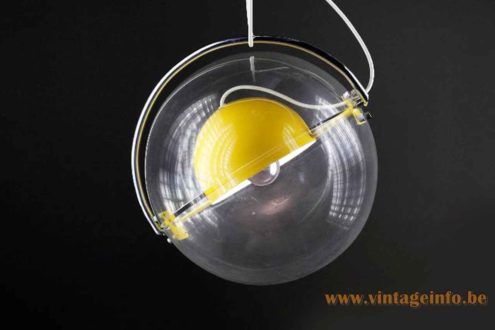 This lamp in the Barcelona Design Museum

Electricity: 1 bulb E27, 1 x 60 watt maximum, 110/220 volt.
Any type of light bulb can be used, not a specific one preferred. For this setup a silver cupped light bulb was used.

Other versions: This Rafael Carreras Tramo table lamp exists in several colours. It was also made as a floor lamp with chrome rods, a pendant lamp and a wall lamp as you can see.

This globe table lamp was intended for use as a table or floor lamp. Four solid steel balls make the sphere roll by changing the orientation of the light bulb.

This lamp initially had to have a metal base with lead so that the sphere would have to rotate without rolling, but Tramo was of the opinion that this would make it unnecessarily expensive and thus the lamp was sold without a base. Tramo was very interested in Carreras designing wall lamps, pendant lamps and standing floor lamps of this lamp. However, by losing its quality of rolling object, the globe became a mere formalism that never convinced its author.

Rafael Carreras Puigdengolas was born in 1933 in Puigcerdà, Gerona, Spain, on the border with France. Puigdengolas was a technical architect and designer. He formed and started working as a surveyor until the 60s. From that moment he created his own studio dedicated exclusively to industrial design and interior design. Rafael Carreras Puigdengolas designed for companies such as Clas, M.C, Myc, Ship, ICS, Mobiplast, Syma System or Code and of course Tramo.

Between 1965 and 1970 he was director of NAU, an interior architecture office based in Barcelona and Madrid. His designs have been selected repeatedly by the ADI-FAD Delta Awards and the FAD Interior Design Awards, and have been published in numerous national and international magazines.

Puigdengolas combined his work with teaching, which he did at the Escola Massana in Barcelona. The Massana School is the municipal centre of visual arts, applied arts and design of the city of Barcelona. He was professor of projects between 1983 and 1998 and, since 1999, he has been directing the master’s degree in interior design at the Polytechnic University of Catalonia (Universitat Politècnica de Catalunya).

Rafael Carreras Puigdengolas passed away in Barcelona, ​​May 14, 2013.

On July 11, 2014 he was awarded the Special Prize to the Professional Career, with a posthumous character by the Catalunya Construcción for the “long, intense and fruitful career of an excellent professional, with concerns and vocation teaching”. 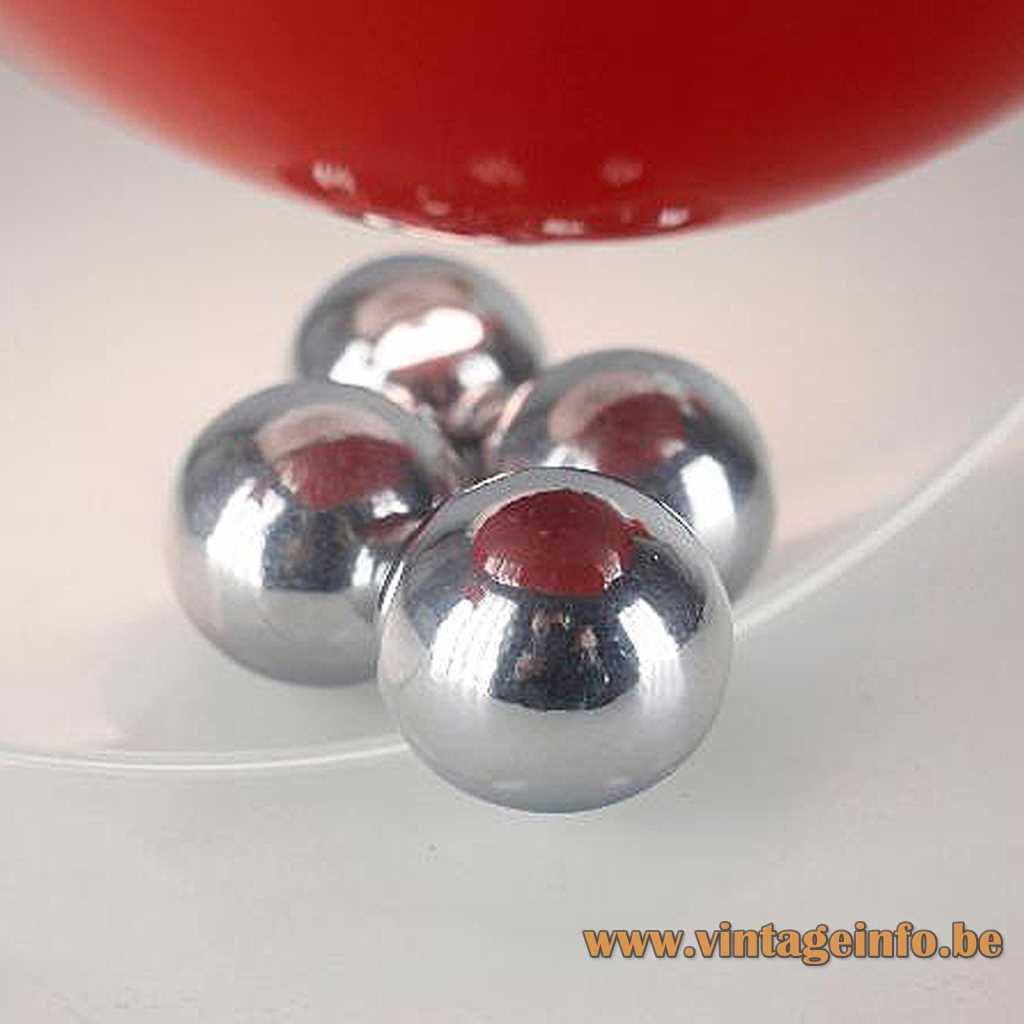 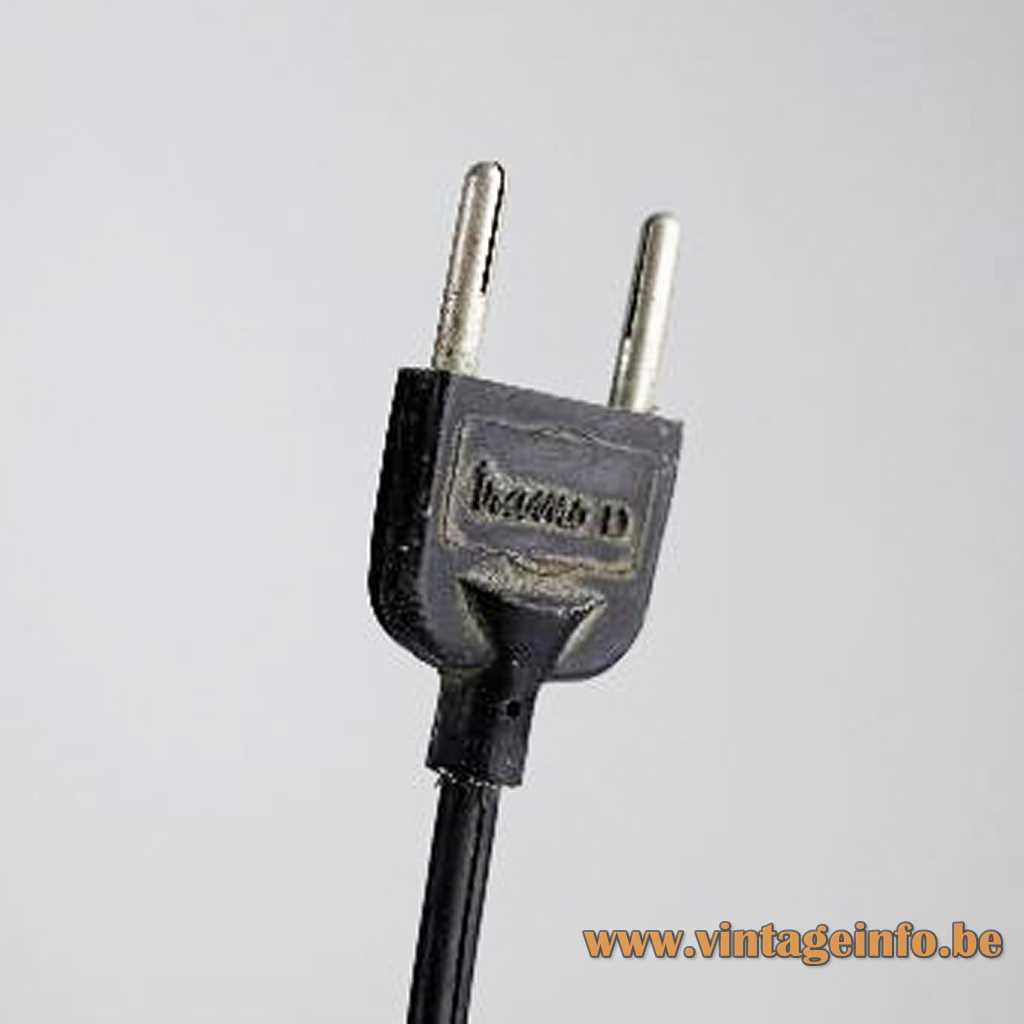 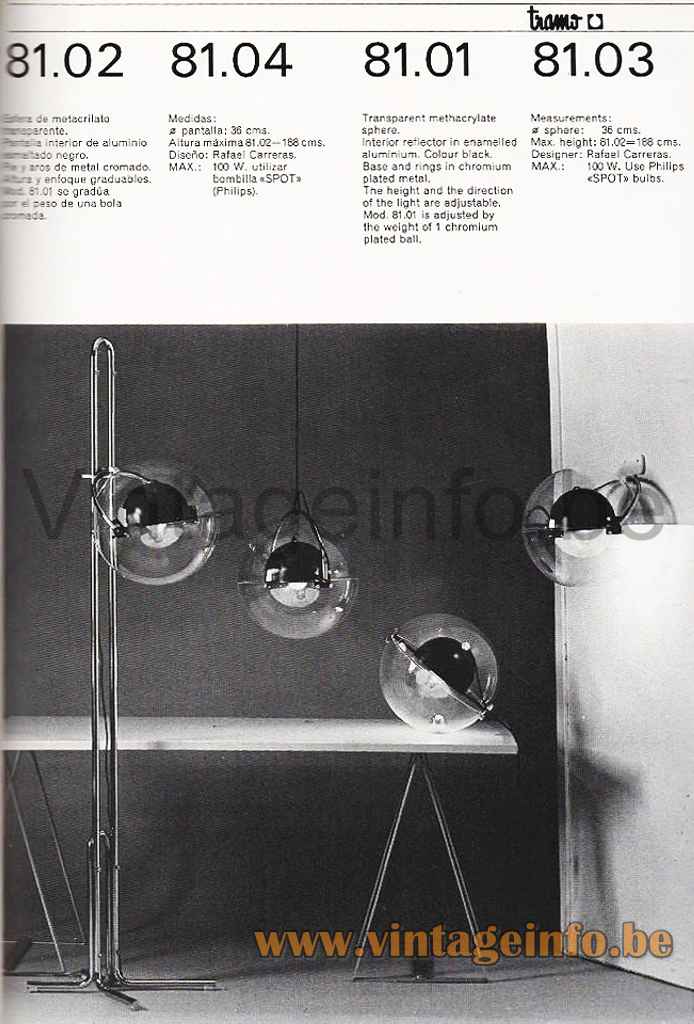