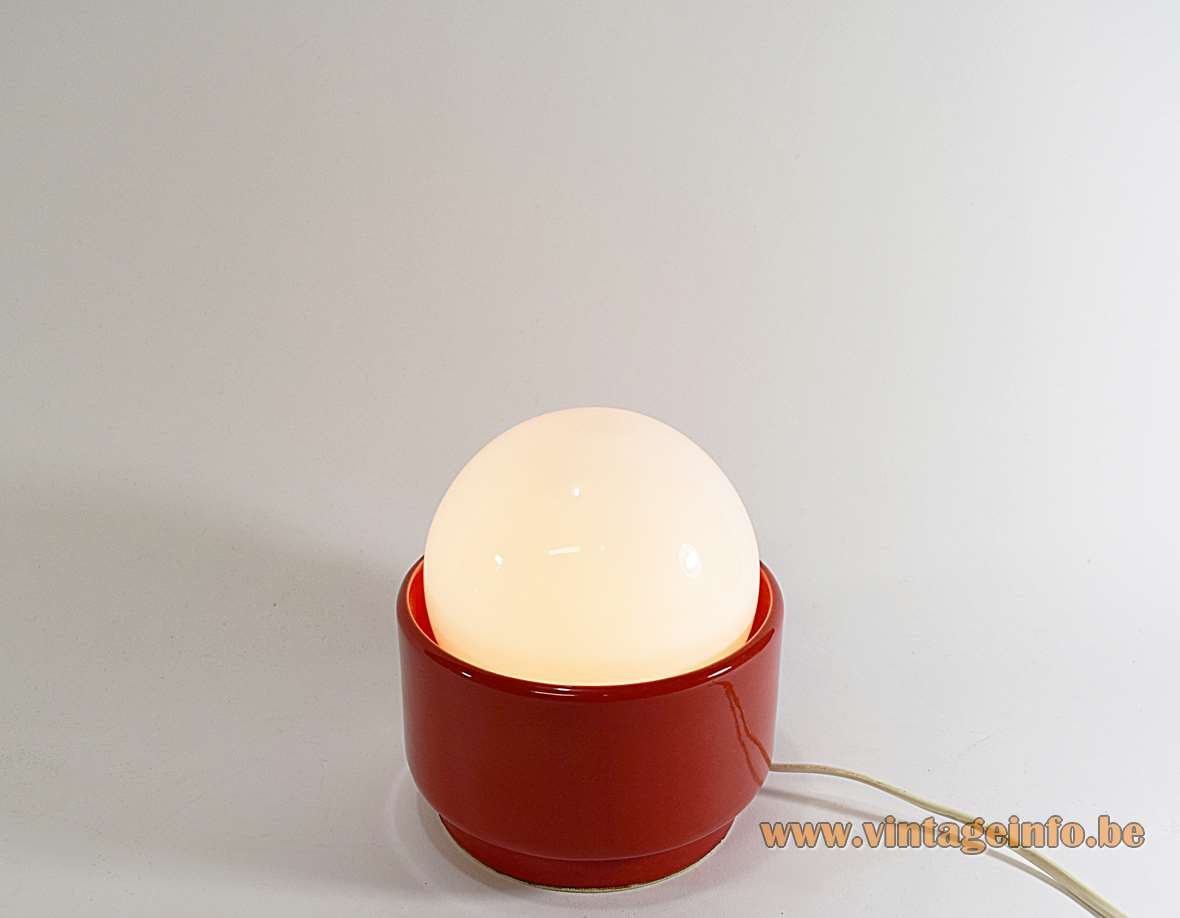 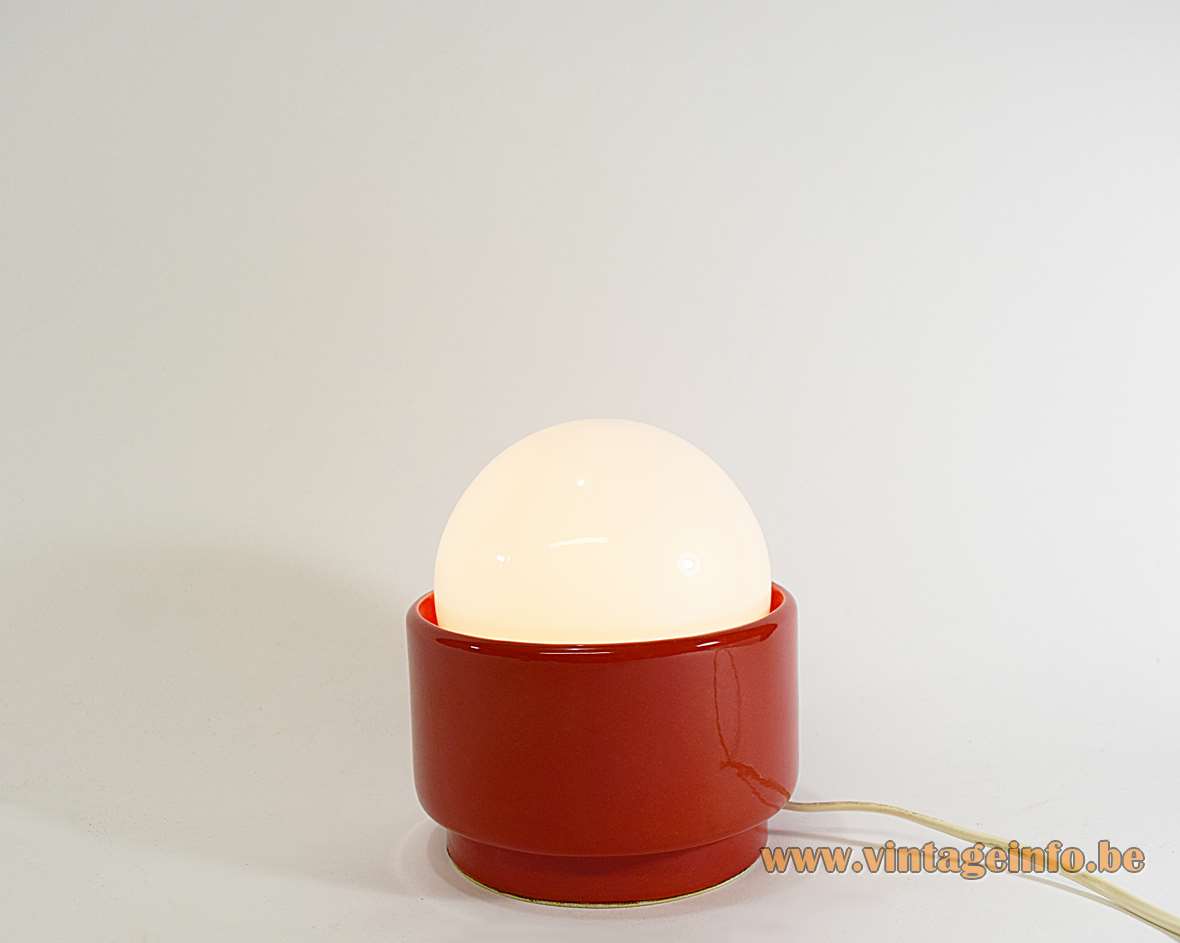 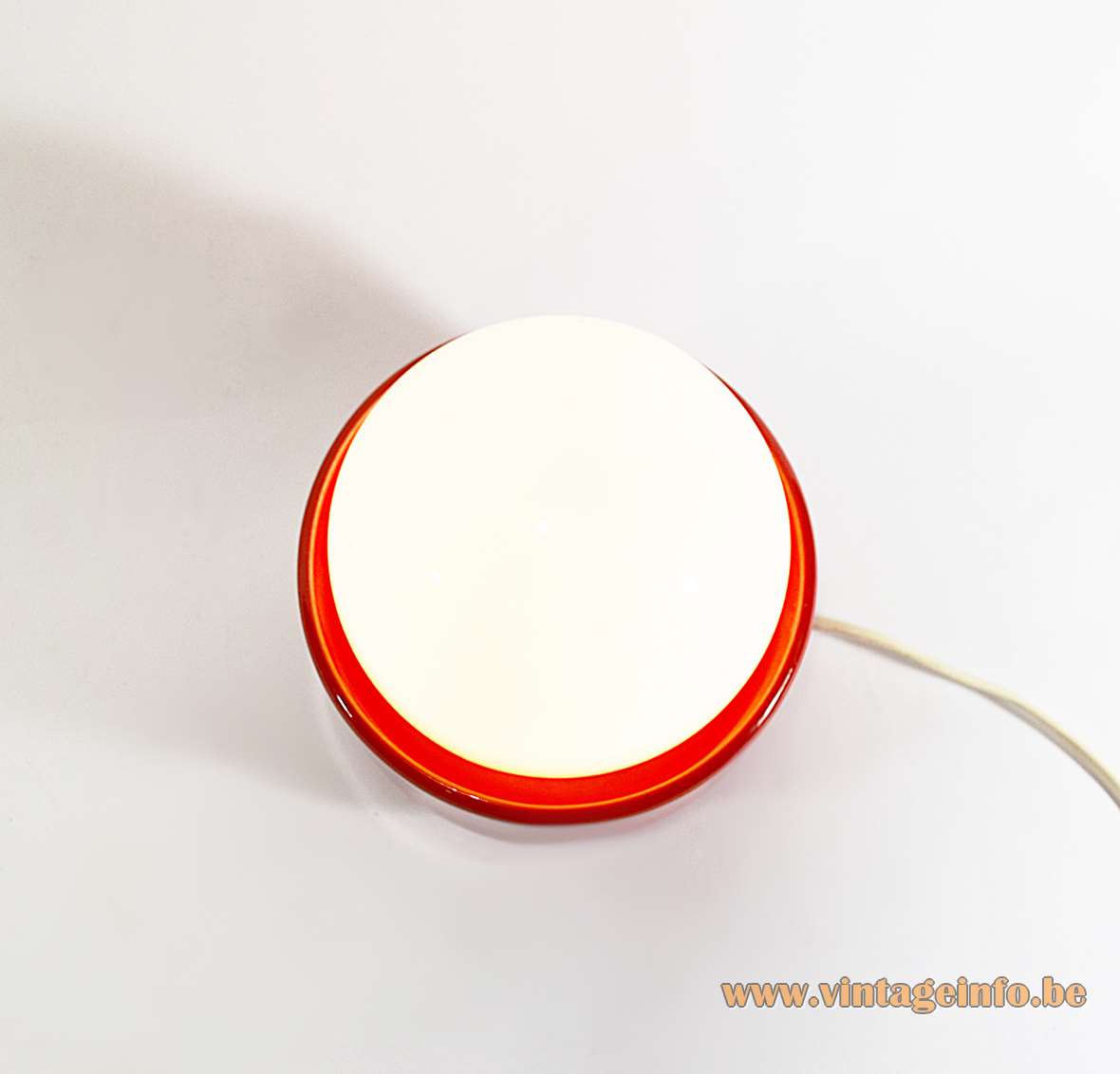 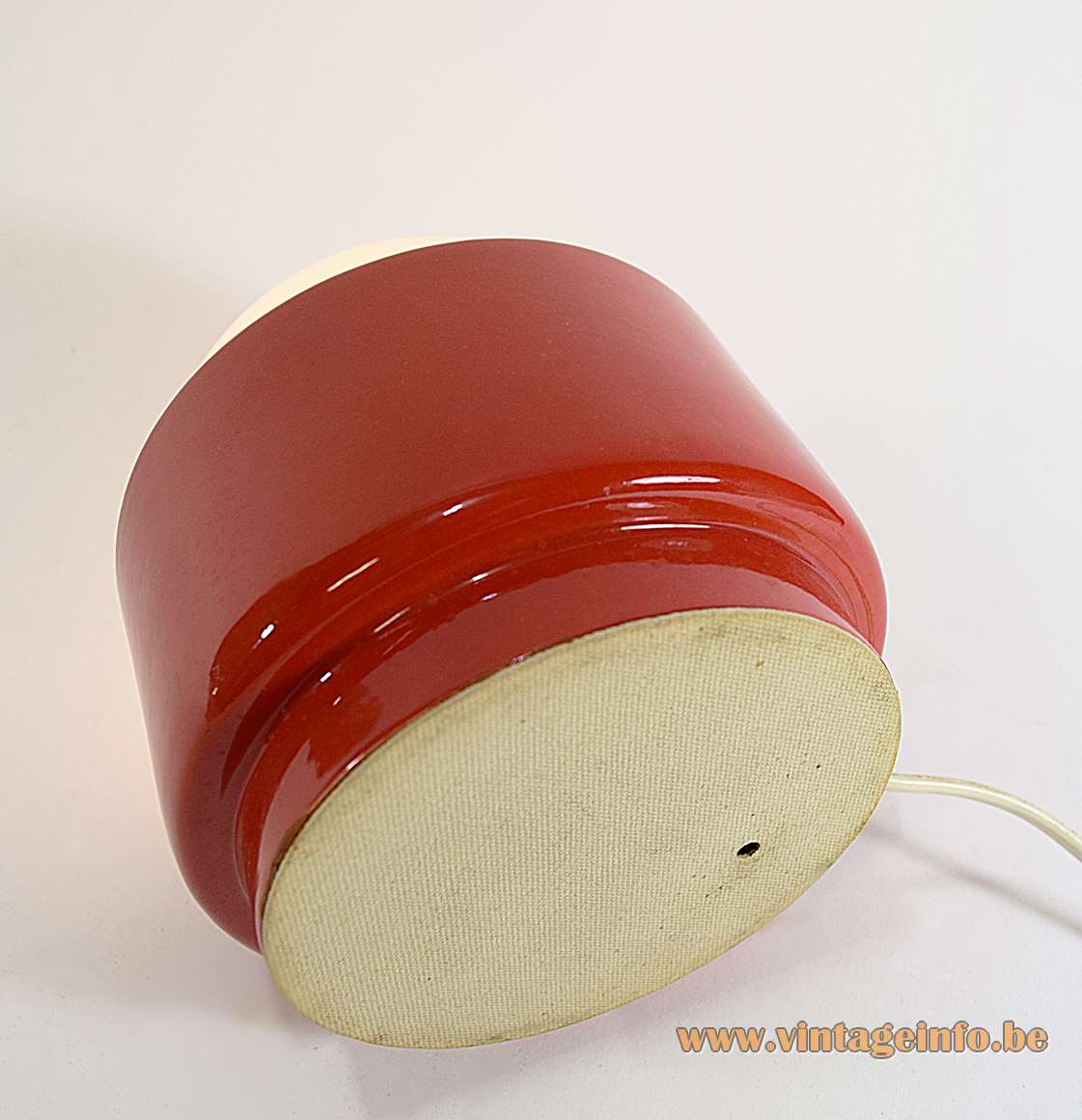 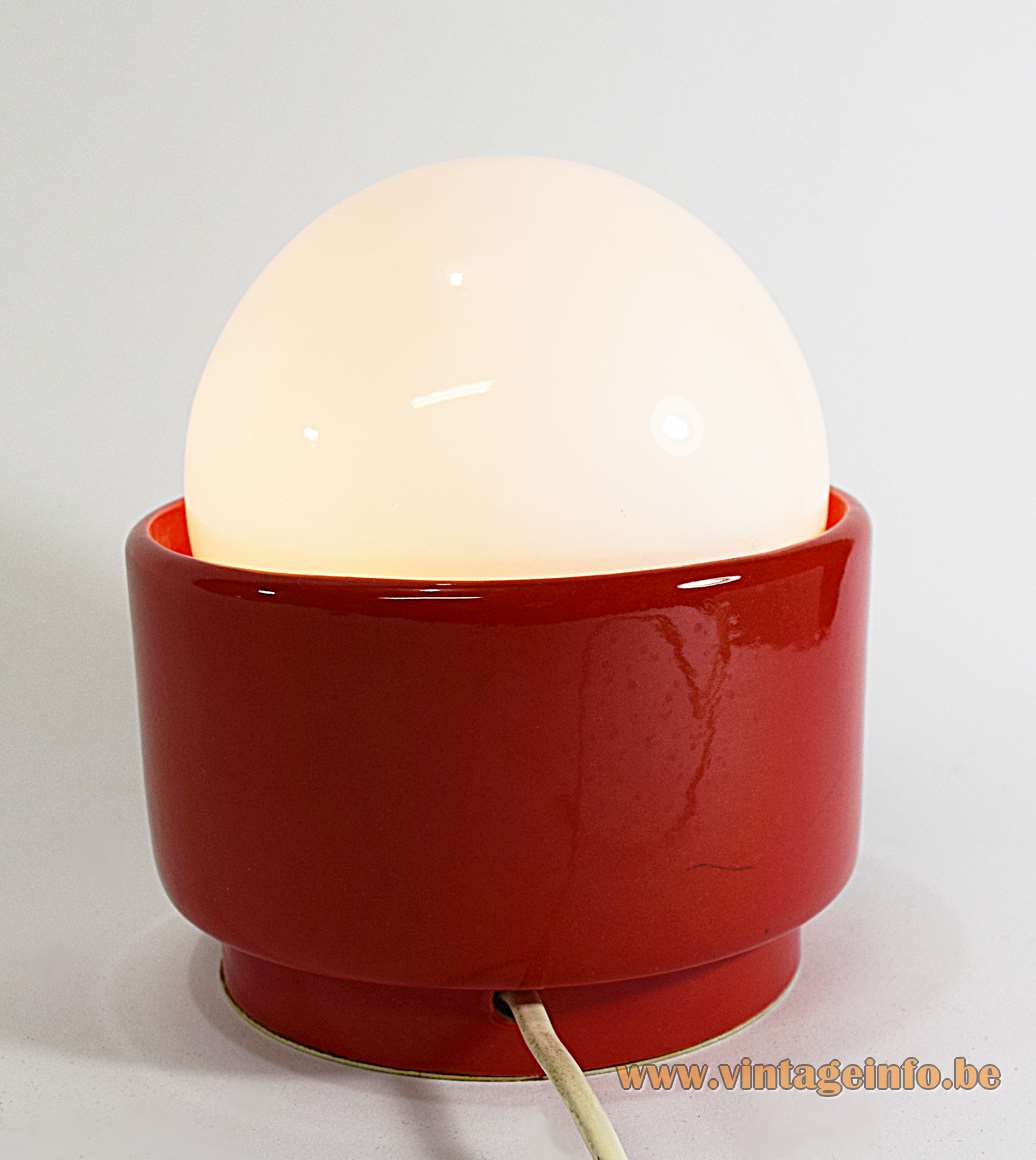 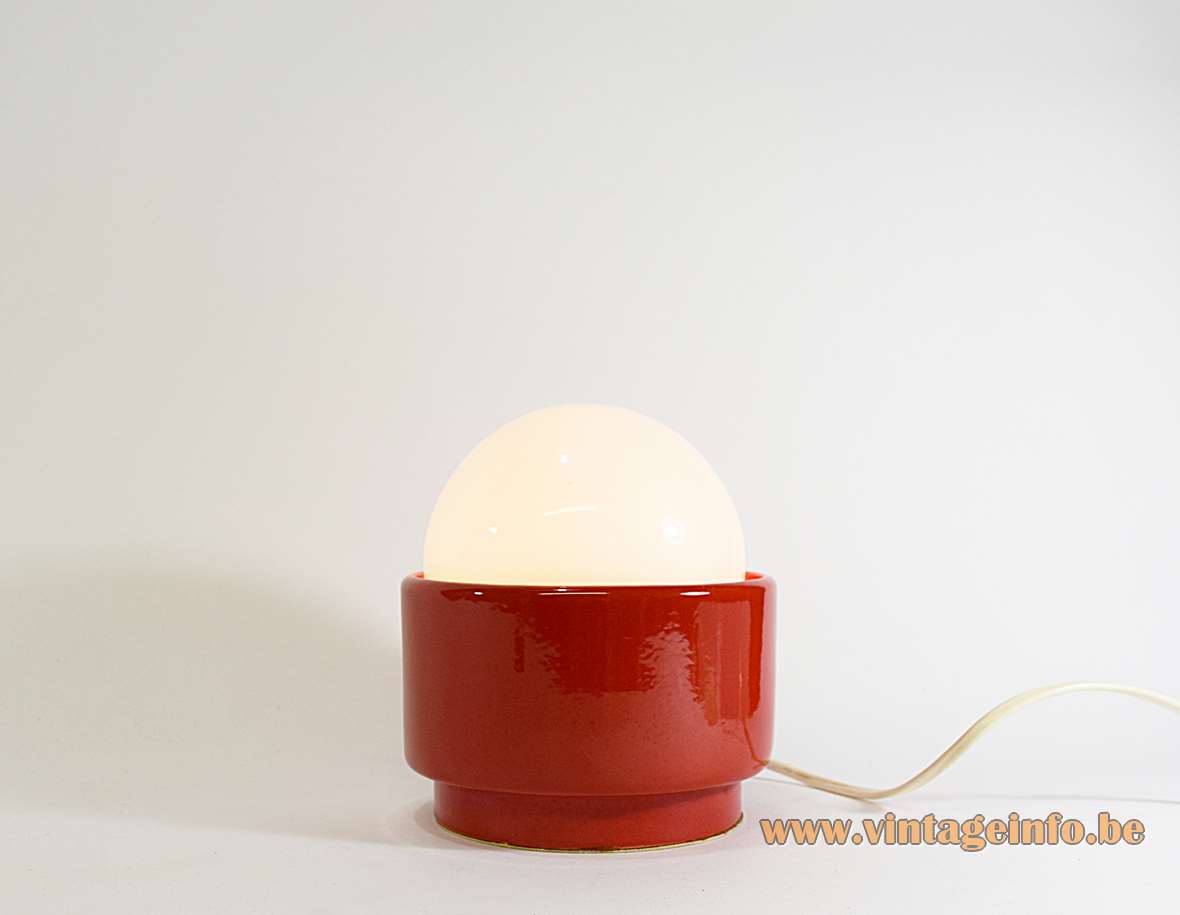 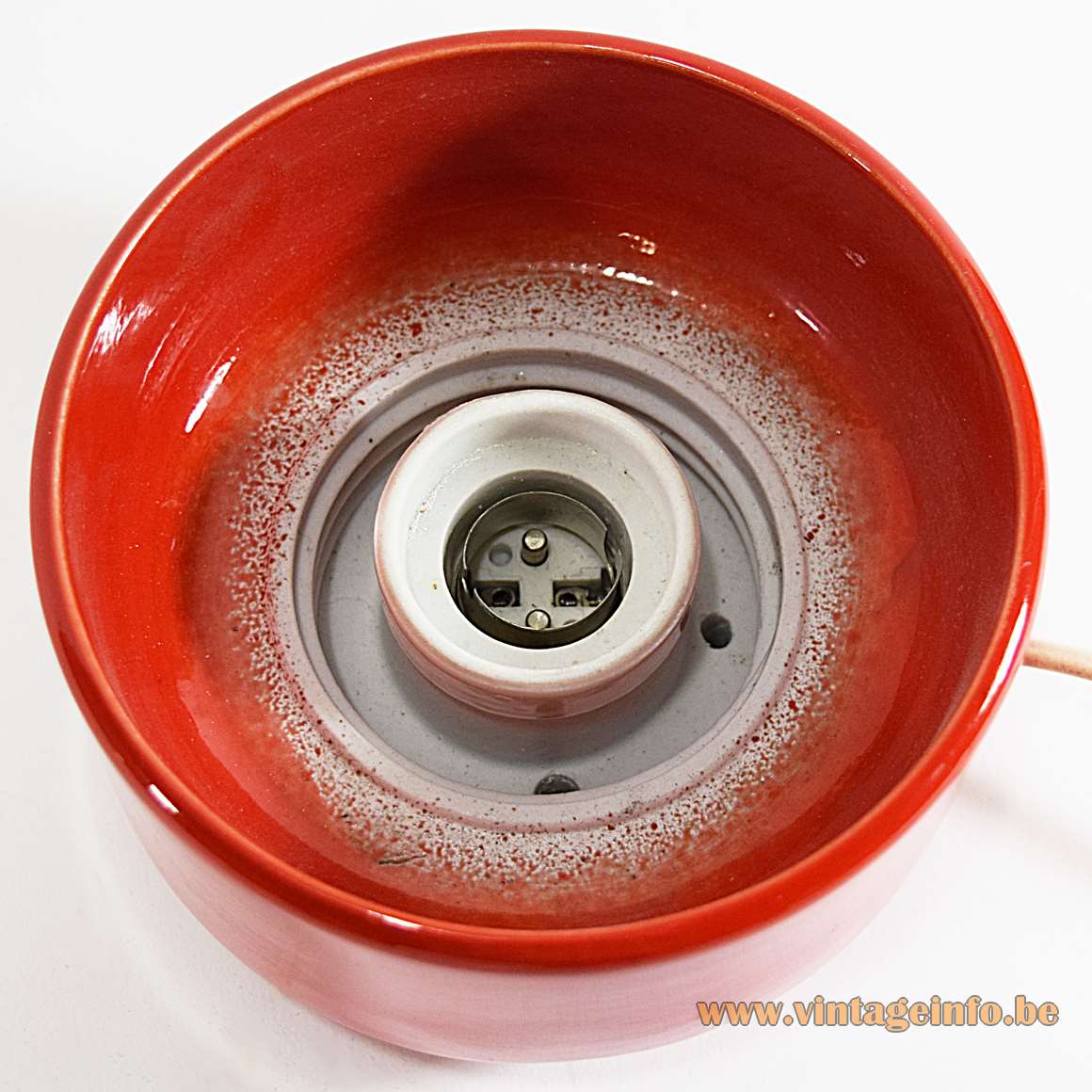 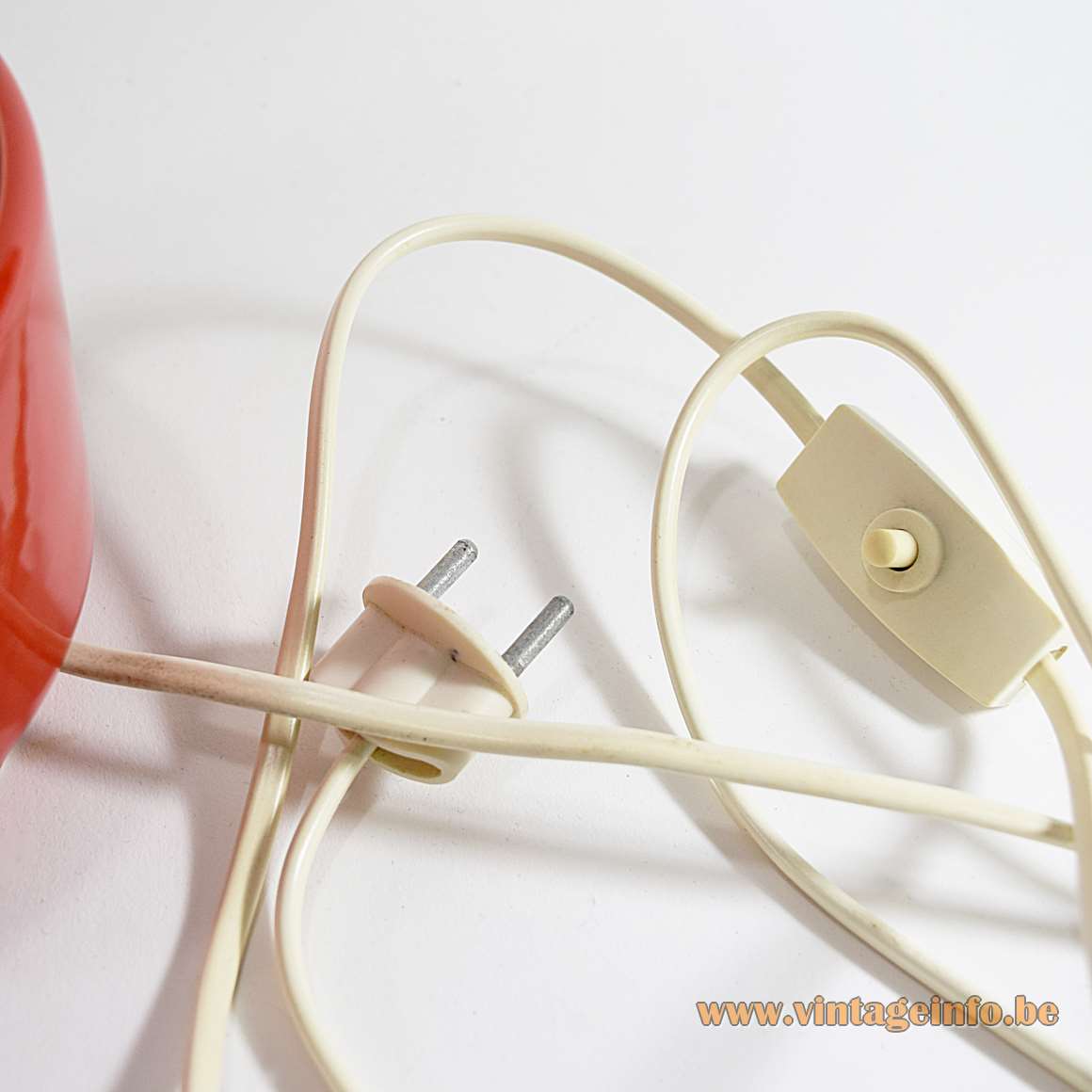 Other versions: This round red porcelain table lamp exists in several colours. Also flush mounts and wall lamps were made. Many other lamps in this style were designed around 1977.

Traudl Brunnquell, born august 29, 1910 as Gertrud Maria Adam, was a designer and artist. Her great-grandfather was the artist Albrecht Adam. From 1933 to 1934 she trained as a technical draftsman in Munich. During the war she worked for the Isar-Amper-Werke, an energy supply company.

She married with entrepreneur Karl-Heinz Brunnquell in 1945. In the same year he took over the management of his parents’ business: Brunnquell & Co. in Sondershausen. The company, founded in 1913, specializes in electrotechnical installation elements as well as porcelain lights and protective sockets made of porcelain.

After the expropriation by the Soviet occupying power in 1948, Traudl and Karl-Heinz settled in Ingolstadt and together they set up the company “Brunnquell GmbH Fabrik elektrotechnischer Apparate” (Fabric electrical engineering apparatus). In 1961 she took over the management of the design department. In this role she designed numerous lights up to 1979.

Traudl Brunnquell relied on the already established structure of the Brunnquell lights, in which porcelain was combined with an opalescent glass. She received the award “Die Gute Industrieform” (good industrial form ) and an iF Design Award in 1977. In the 1980s she devoted herself to painting. Traudl Brunnquell passed away, March 16, 2010.

Designers that worked for the company are, among others: Professor Maximilian Debus, Professor Richard Döcker, Hans Erich Slany and Wilhelm Wagenfeld. In 1957 the brand name Professor DD was used for lamps designed by Debus and Döcker.

The Brunnquell company merged with the Heinrich Kopp GmbH company and was dissolved in 2012.

All the electric parts were made by VLM Components in the 70s. The company was founded in 1945 in Buccinasco, a small village near Milan, Italy. The company became famous for the switches they produce since 1968, designed by Achille Castiglioni.
VLM is part of the Relco Group, founded in 1967. Today they are the owners of the brands Relco, Leuci, Relco Lighting, VLM and Segno.

Biography on the homepage of the Museum of Concrete Art