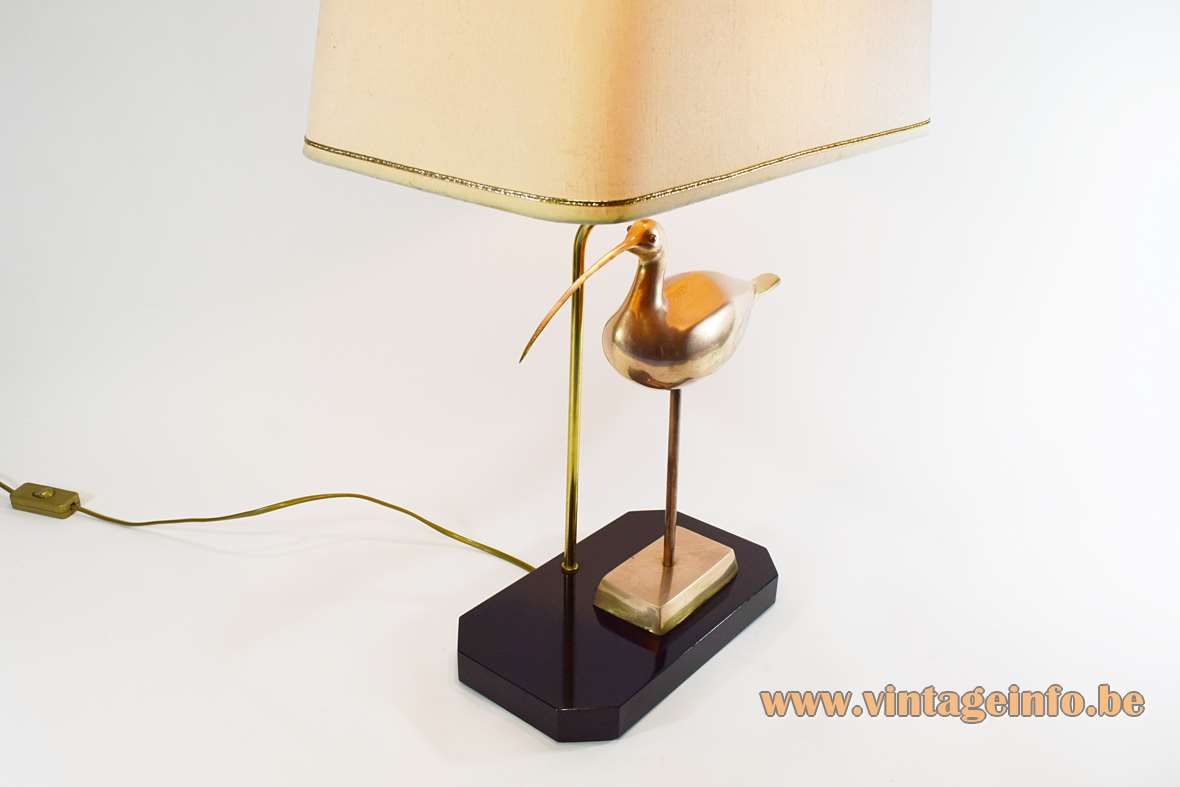 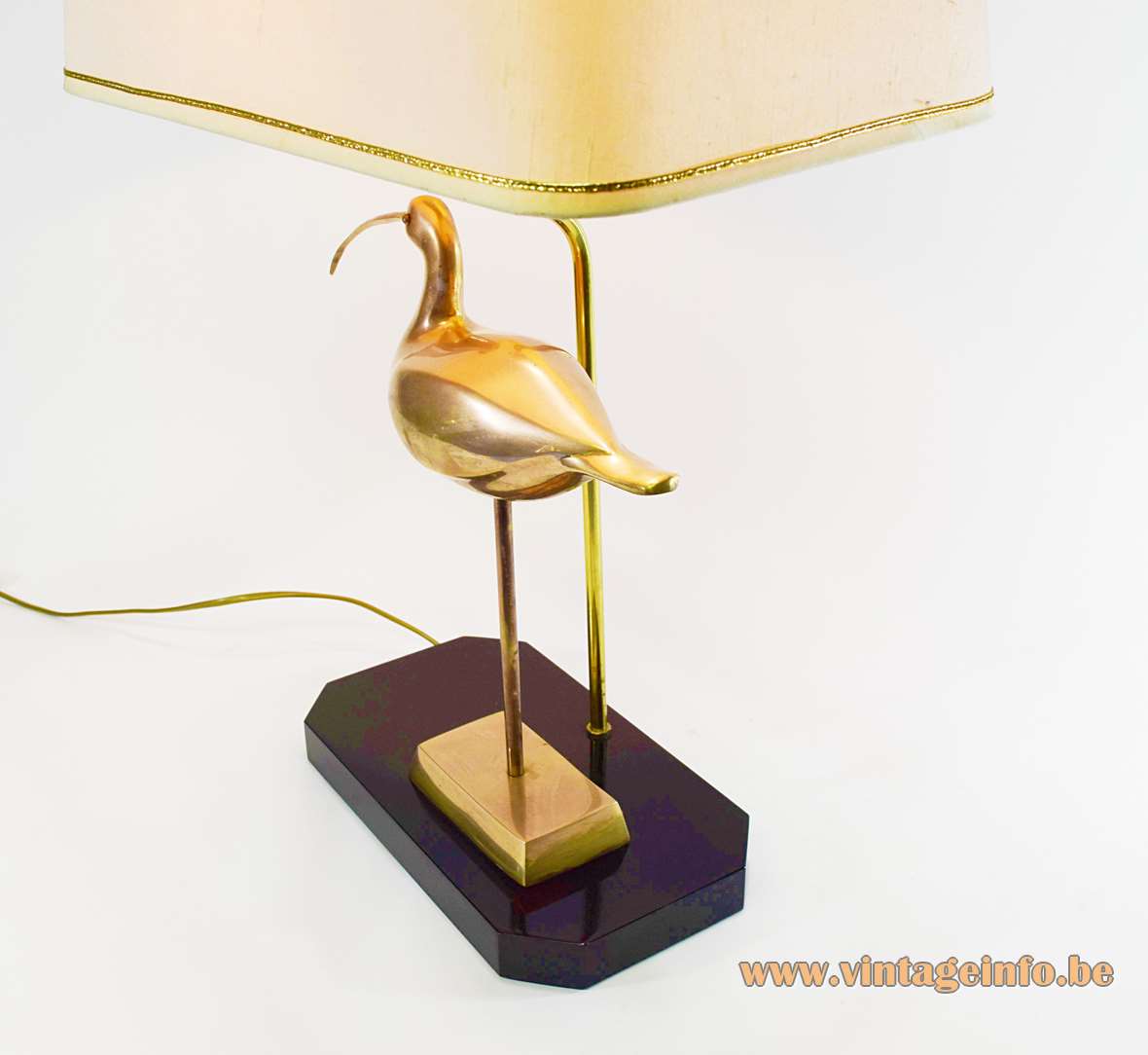 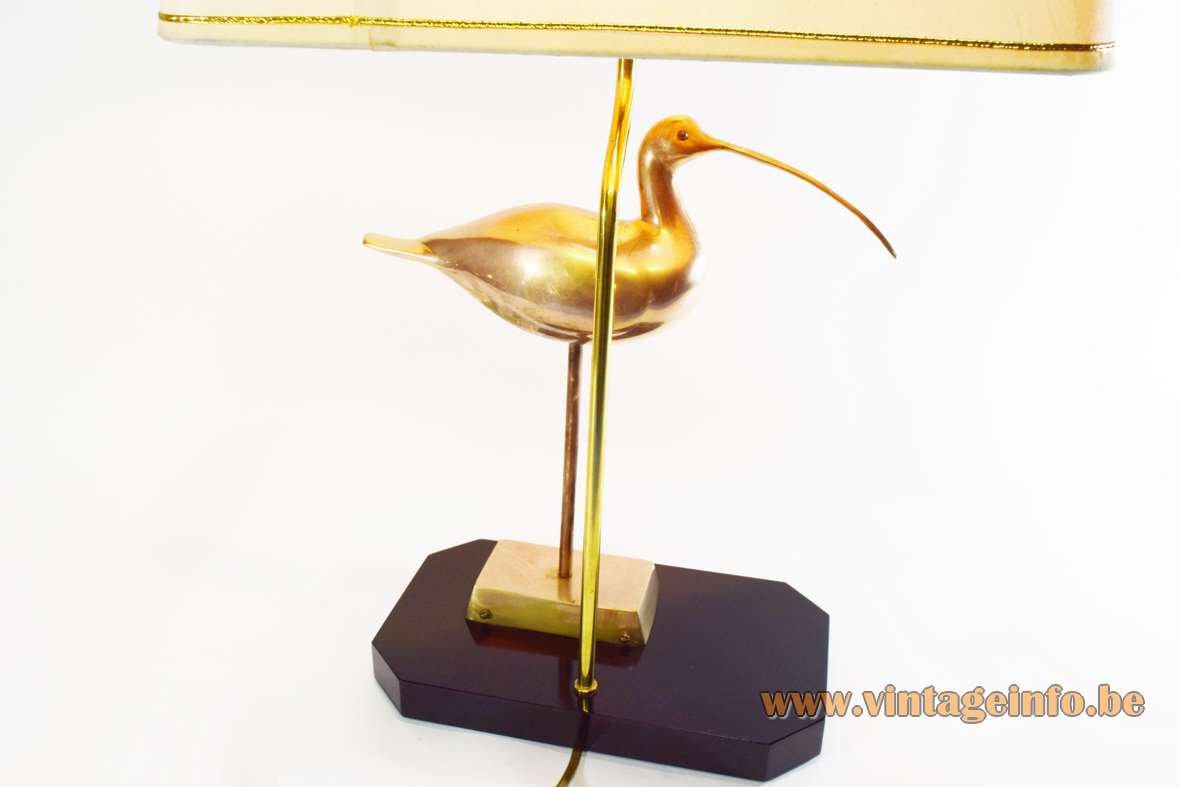 Other versions: These 1970s brass ibis table lamps exists with a few different bases and were made in some variations. Massive produced many lamps in this style. All with a black lacquered wooden base and a brass figurine or animal.

Another curlew or ibis table lamp