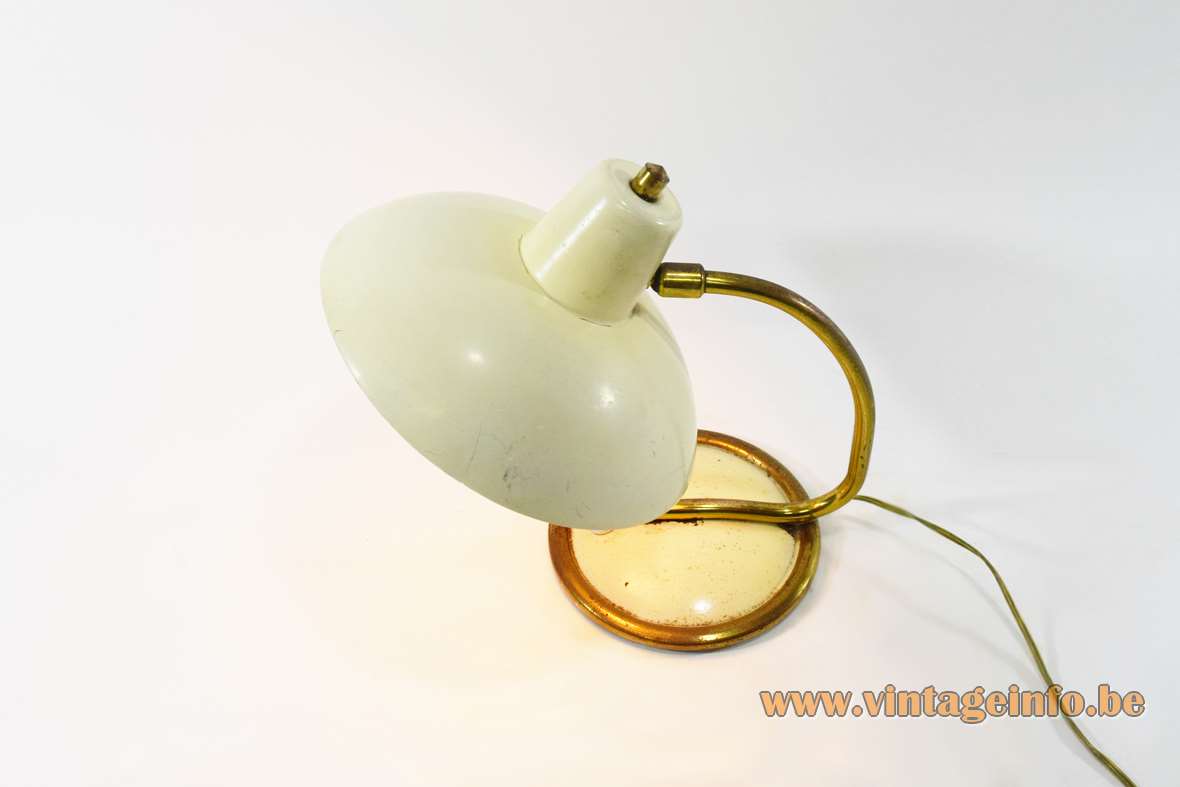 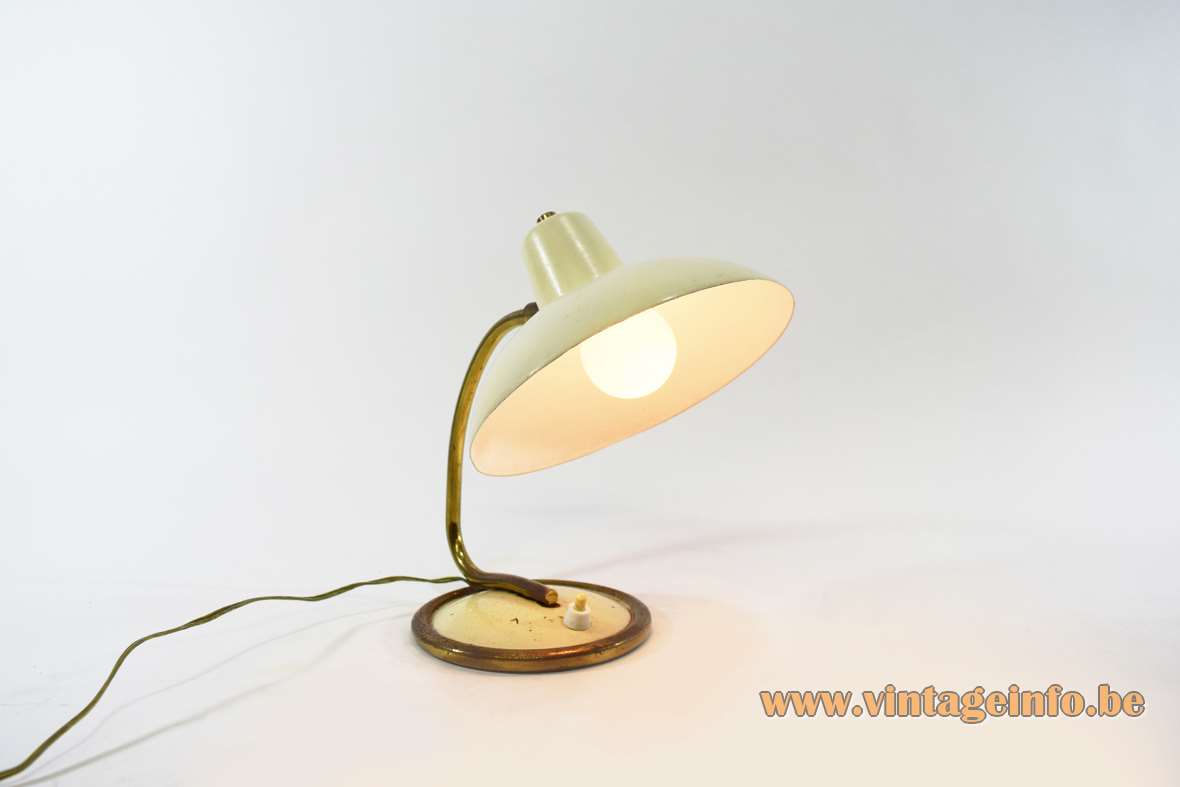 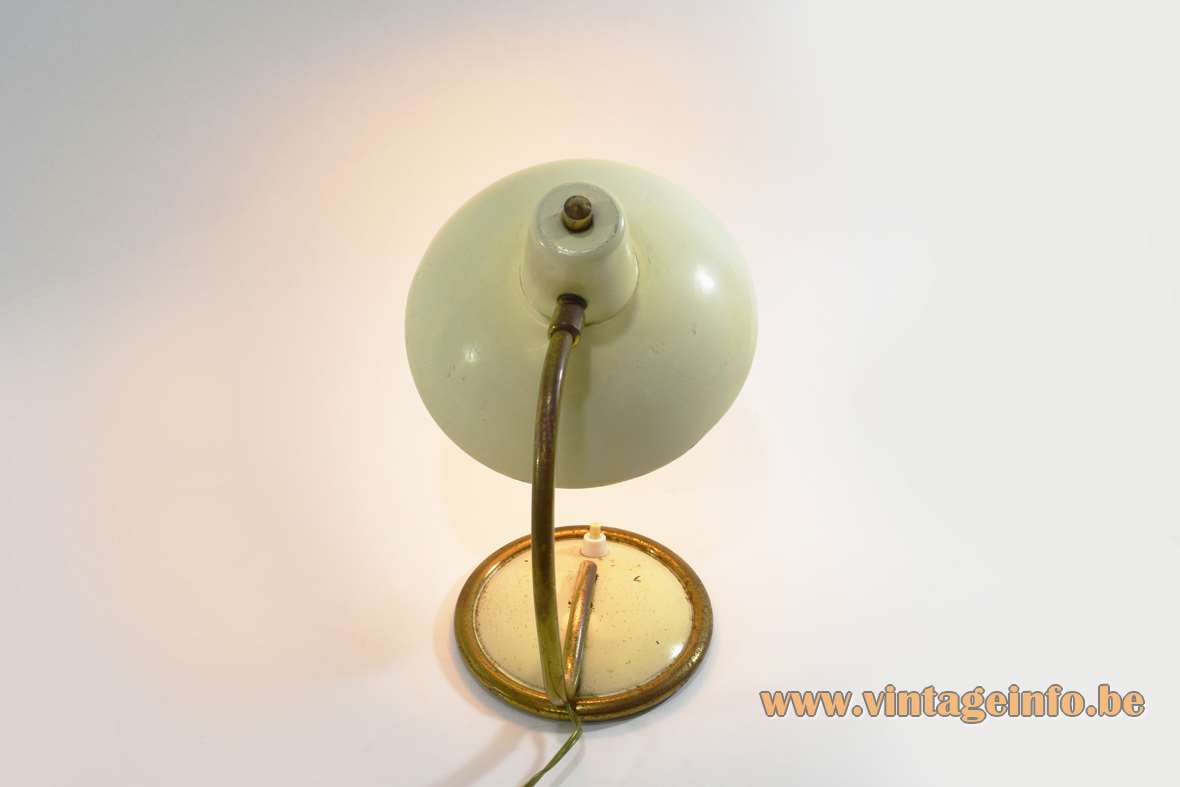 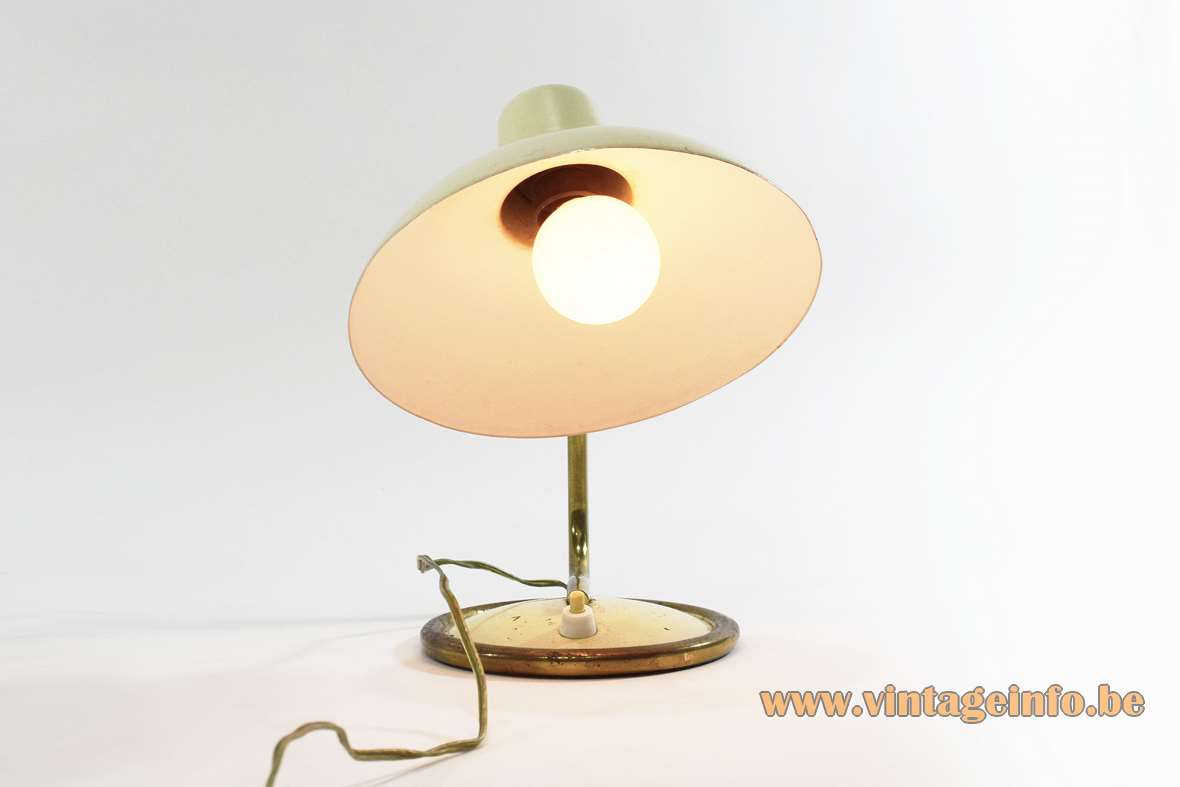 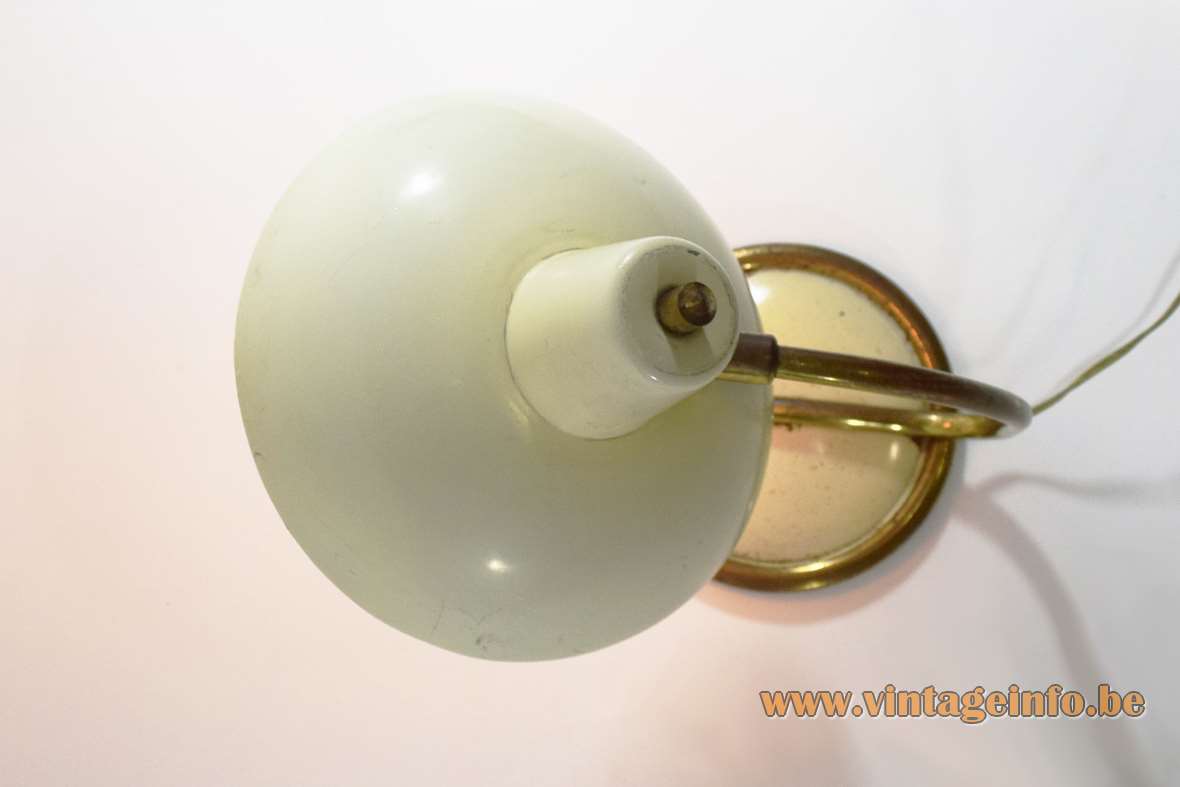 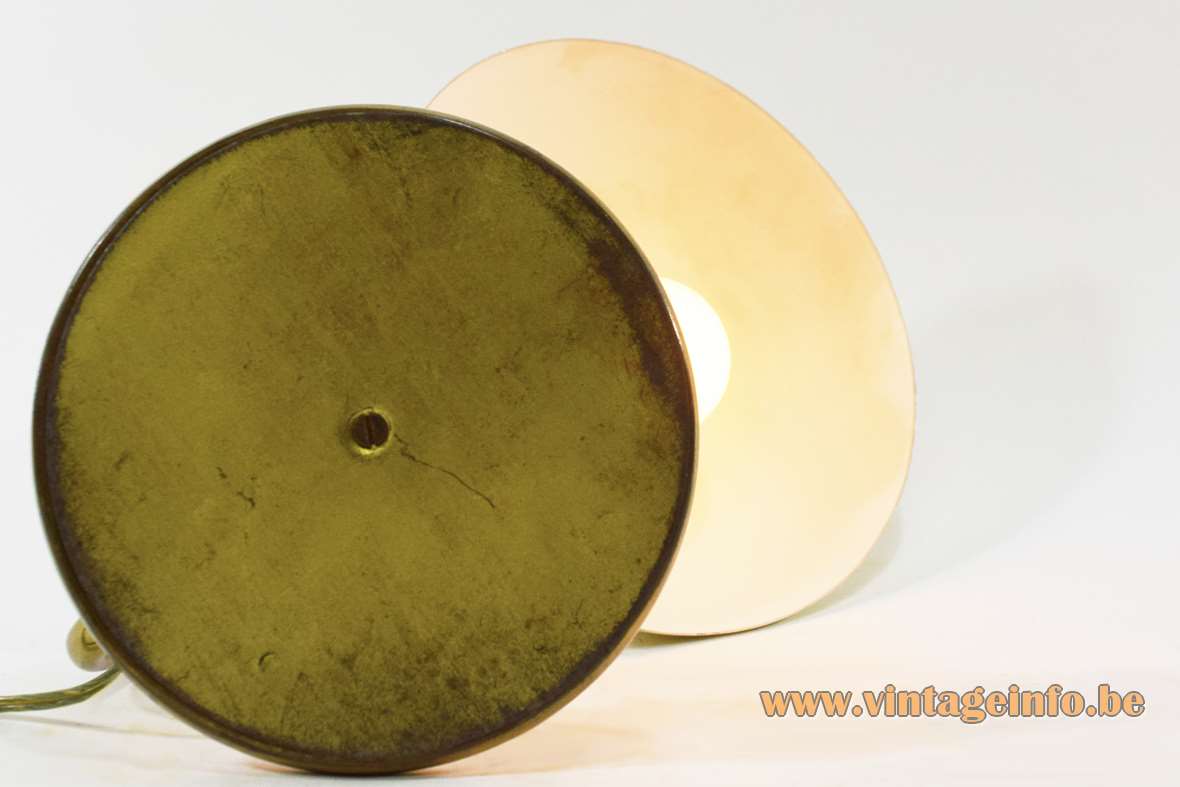 Other versions: This 1950s brass and aluminium bedside table lamp also exists in a big version and was was in several varieties.

The switch was made by Arno, an Italian company. But it is possible it is not original and was replaced many years ago.

The Arno river in Italy – Wikipedia