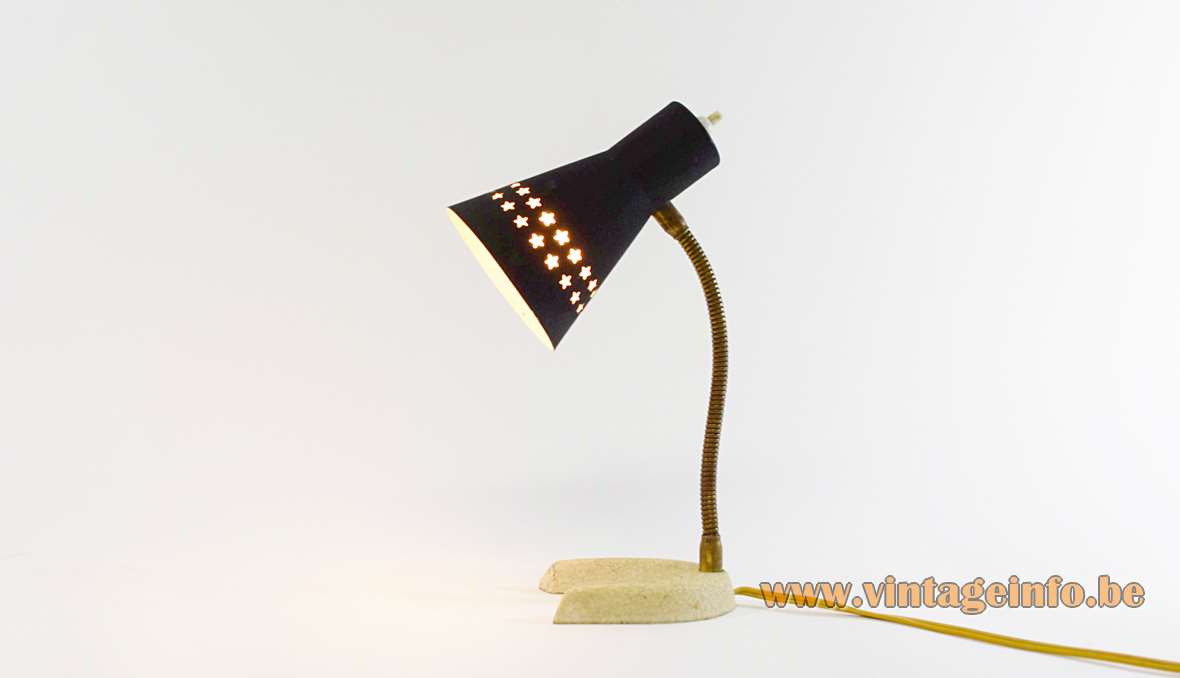 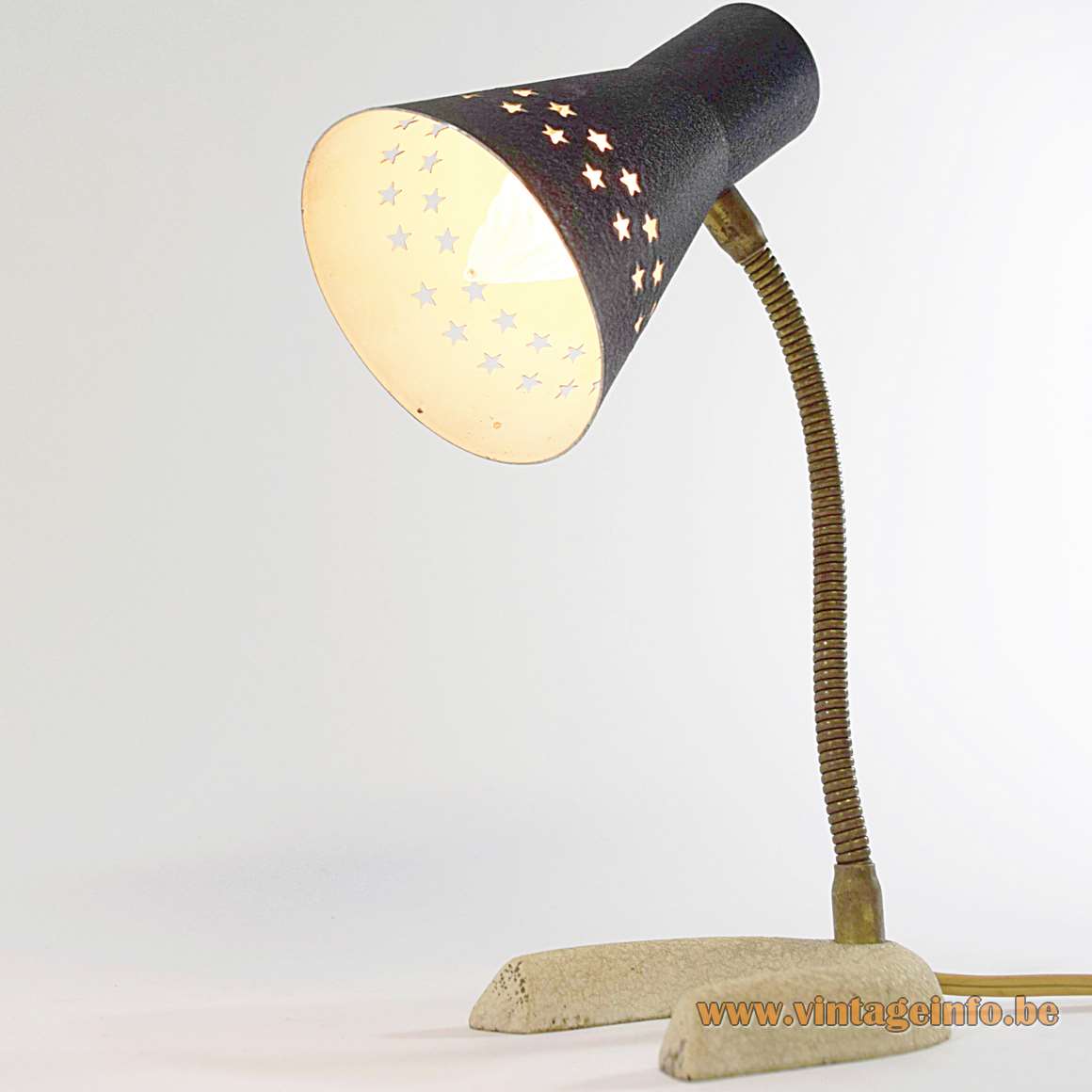 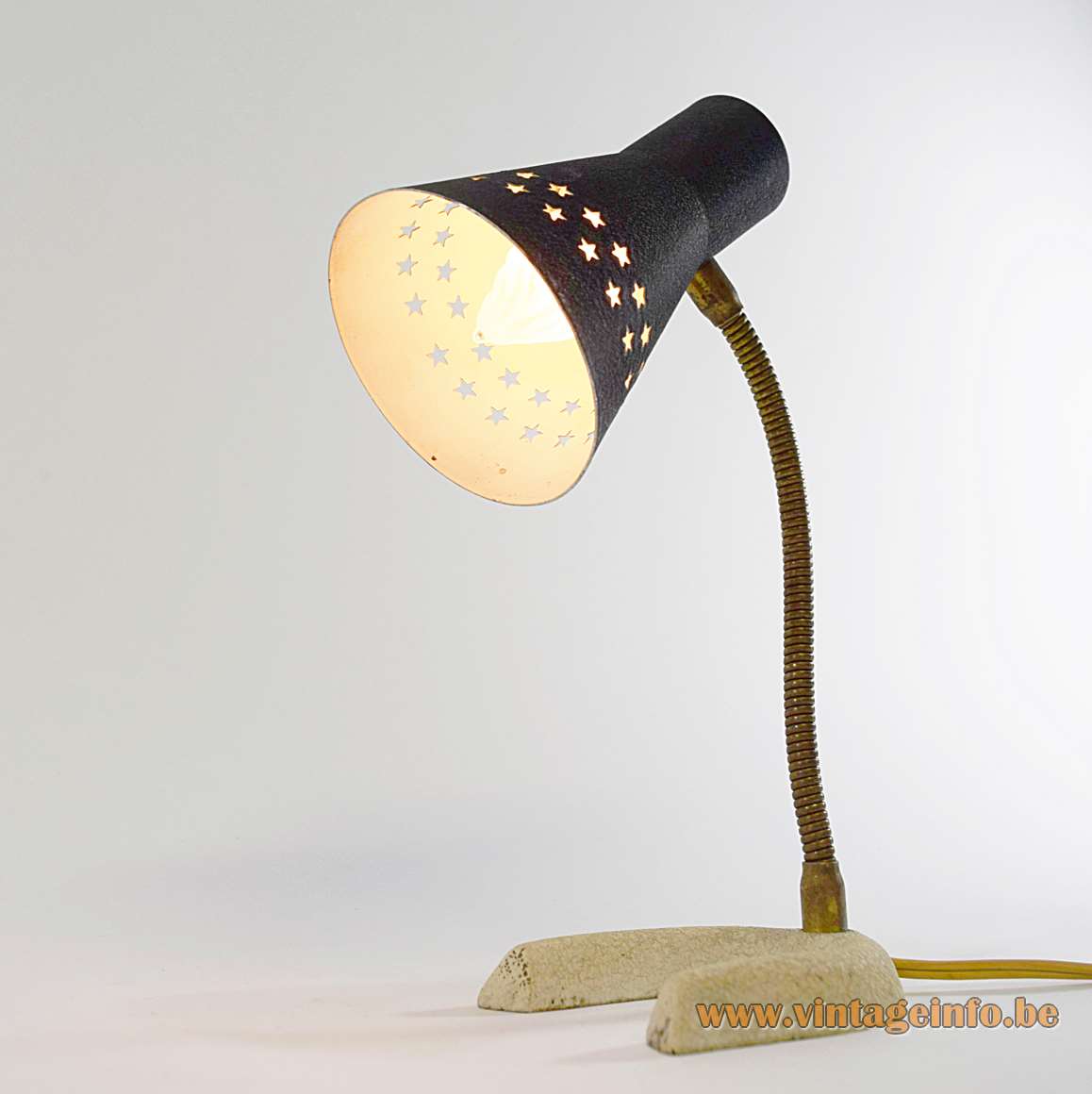 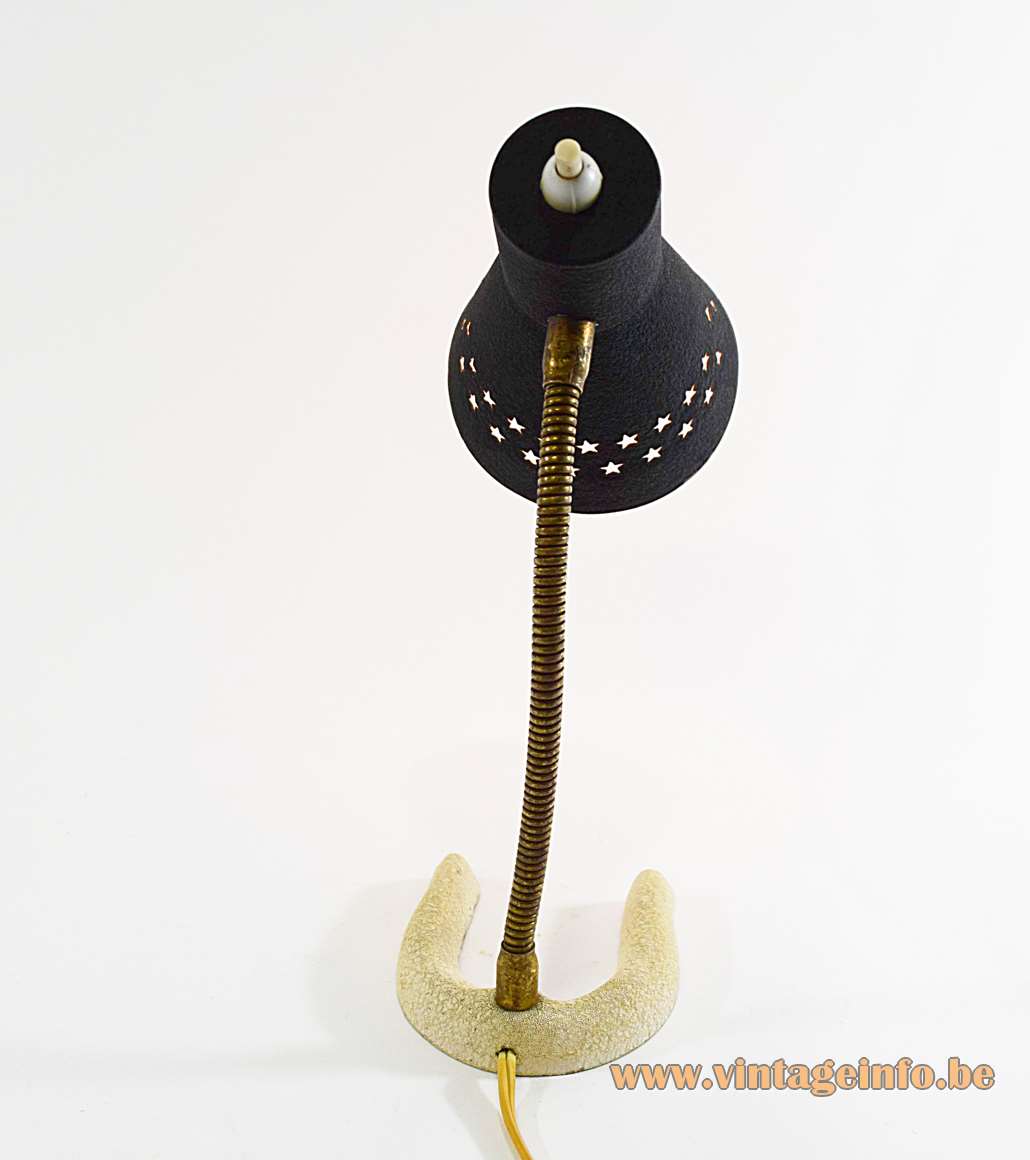 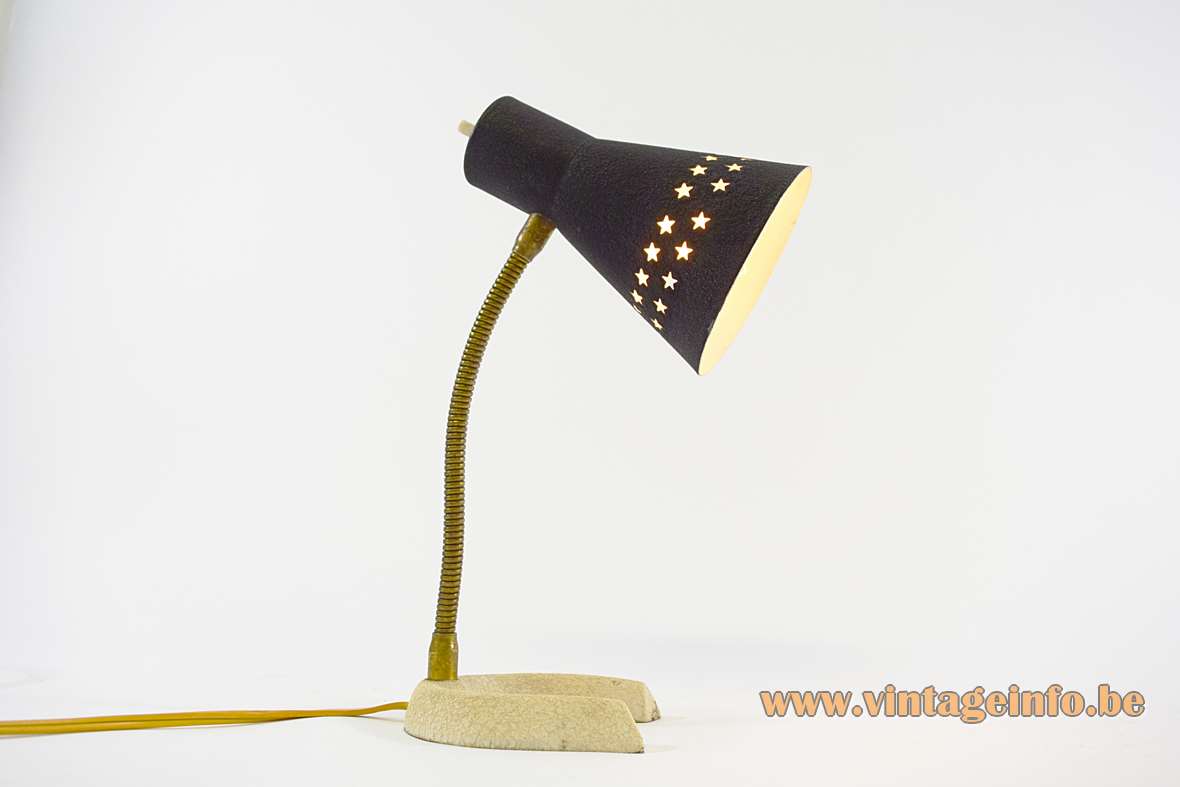 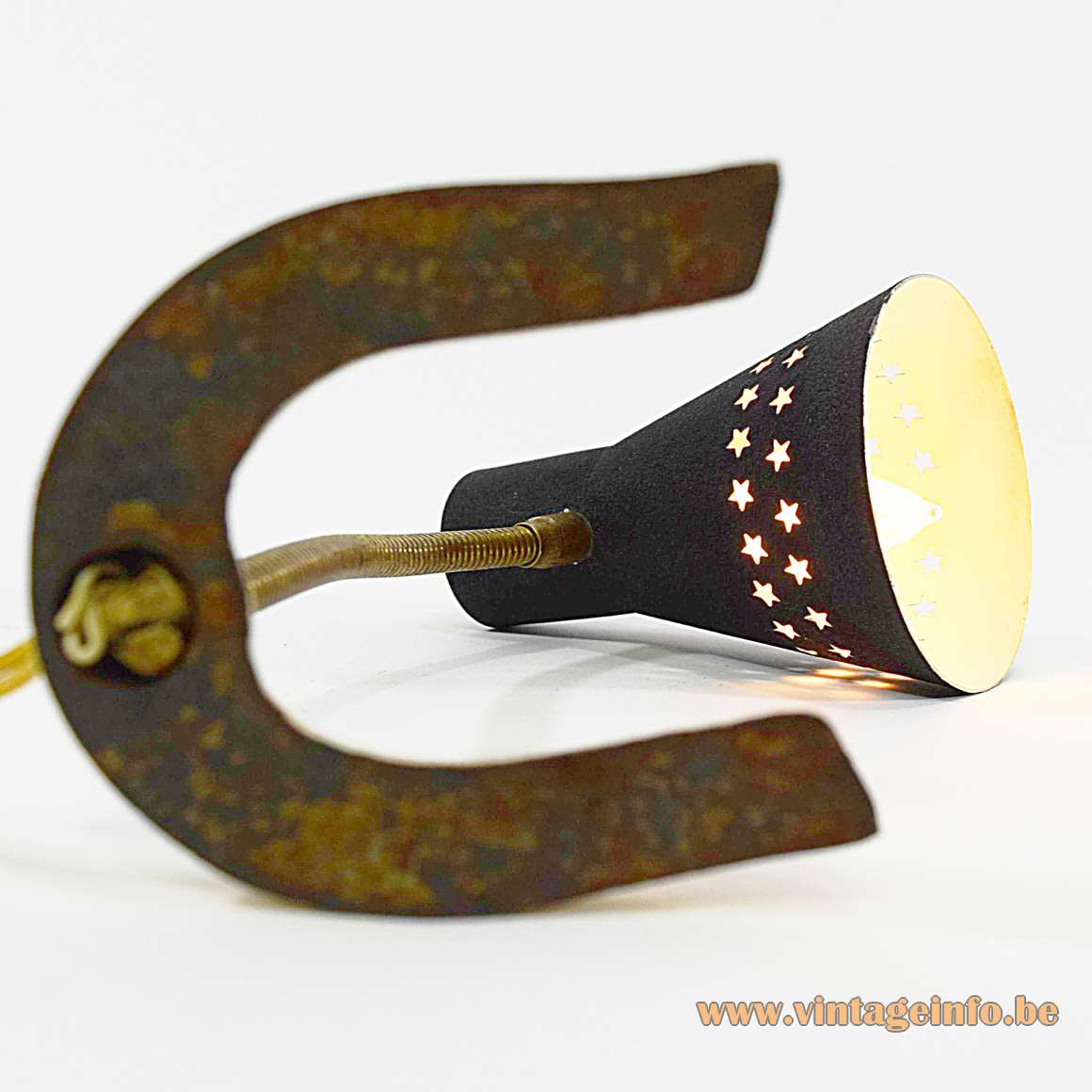 The Luminator floor lamp in the MoMA Museum in New York

The town of Lecco – Wikipedia

Table lamp with the same lampshade

Wall lamp with the same lampshade

Other lamps with A.A.G. Stucchi parts

Materials: Cast iron base in horseshoe form. Painted with white wrinkle-paint. Brass goose-neck. Aluminium conical lampshade perforated with a double row of five-pointed stars. Black wrinkle paint on the outside of the lampshade, white paint on the inside. In all probability felt was used on the bottom of the base to protect the surface below, but it is gone. Bakelite E14 socket.

Other versions: This perforated stars horseshoe desk lamp exists in several colours. Among other things a version in blue hammer coat paint with a chrome goose-neck, as you can see below. Probably a more recent version. These horseshoe lamps were made for a while. Thy were also produced with several different lampshades, as you can see below. Also made as a wall lamp.

This horseshoe perforated stars table or desk lamp is in all probability Italian, not only because this lamp was acquired in Italy some years ago and it got all the Italian looks, but also because of the wiring.

The plug, switch and socket of this lamp were made by the A.A.G. Stucchi company from the north of Italy, some 50 km (31 miles) from the capital of all Italian lights: Milan.

A.A.G. Stucchi was founded in 1944 and was first named Electra. In 1950 the name changed into A.A.G. Stucchi. The company’s founding members are Aristide, Arturo and Giuseppe Stucchi. A.A.G. Stucchi is located in the city of Olginate, Lecco, Italy.

Also Stilux and Reggiani used electric parts of A.A.G. Stuchi for many lamps. 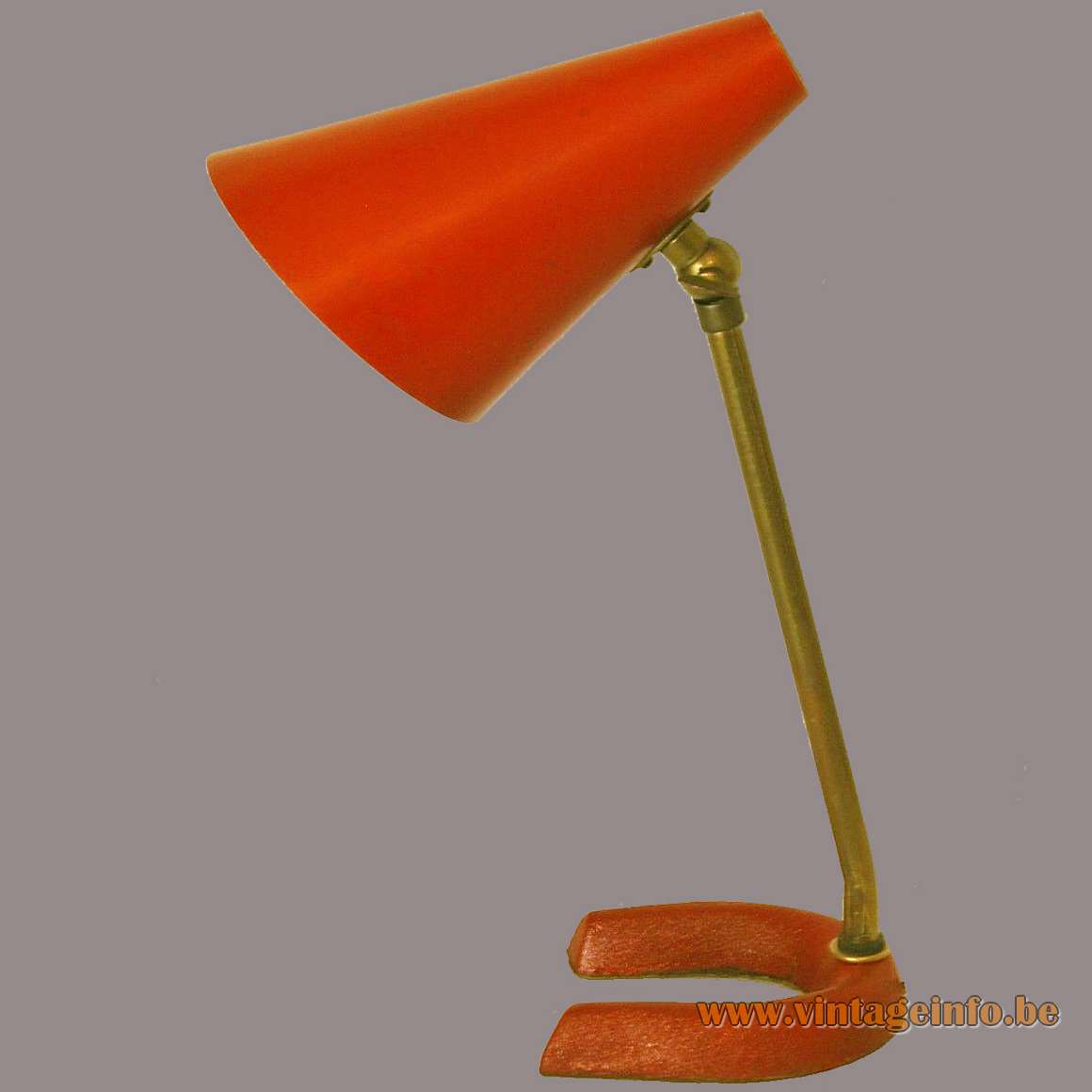 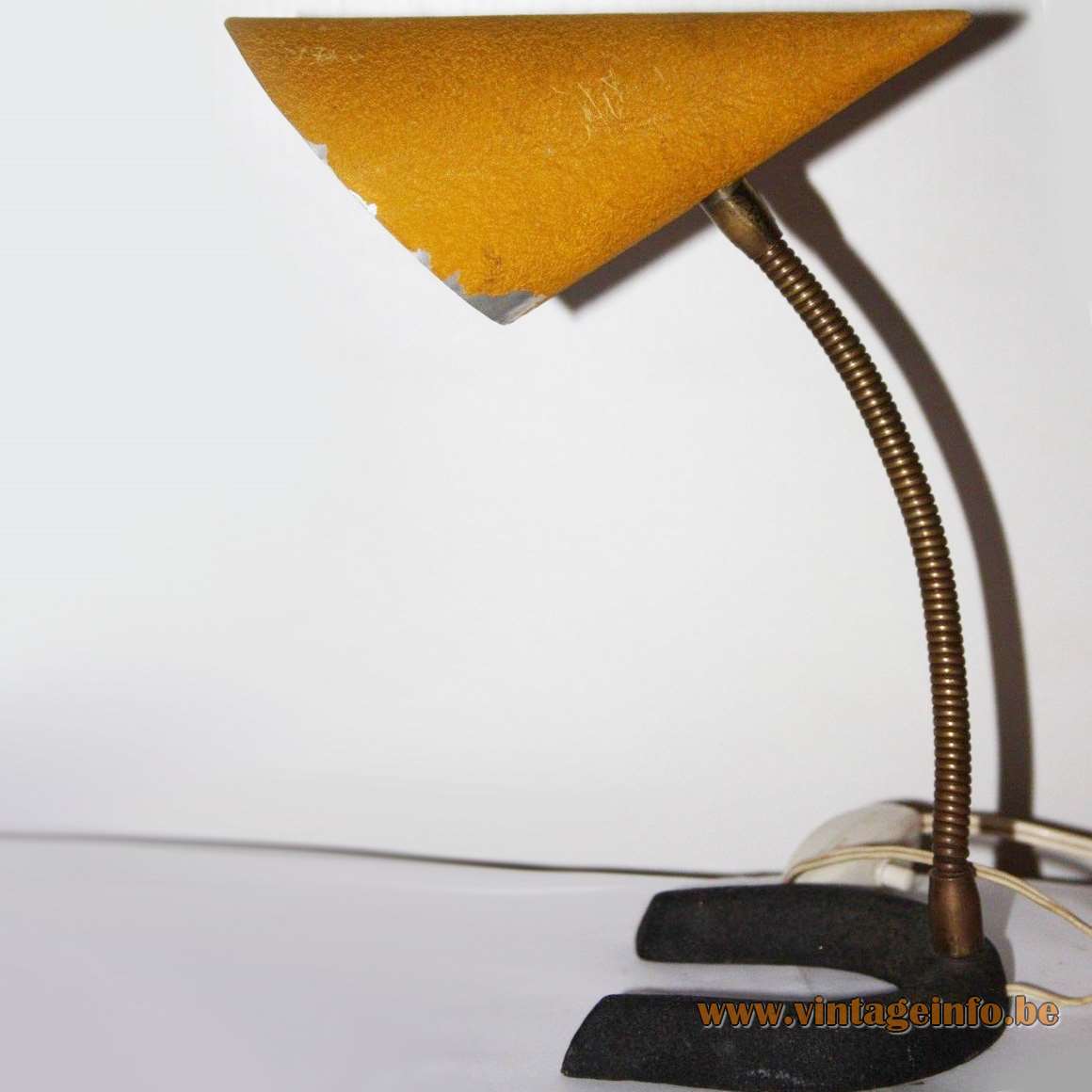