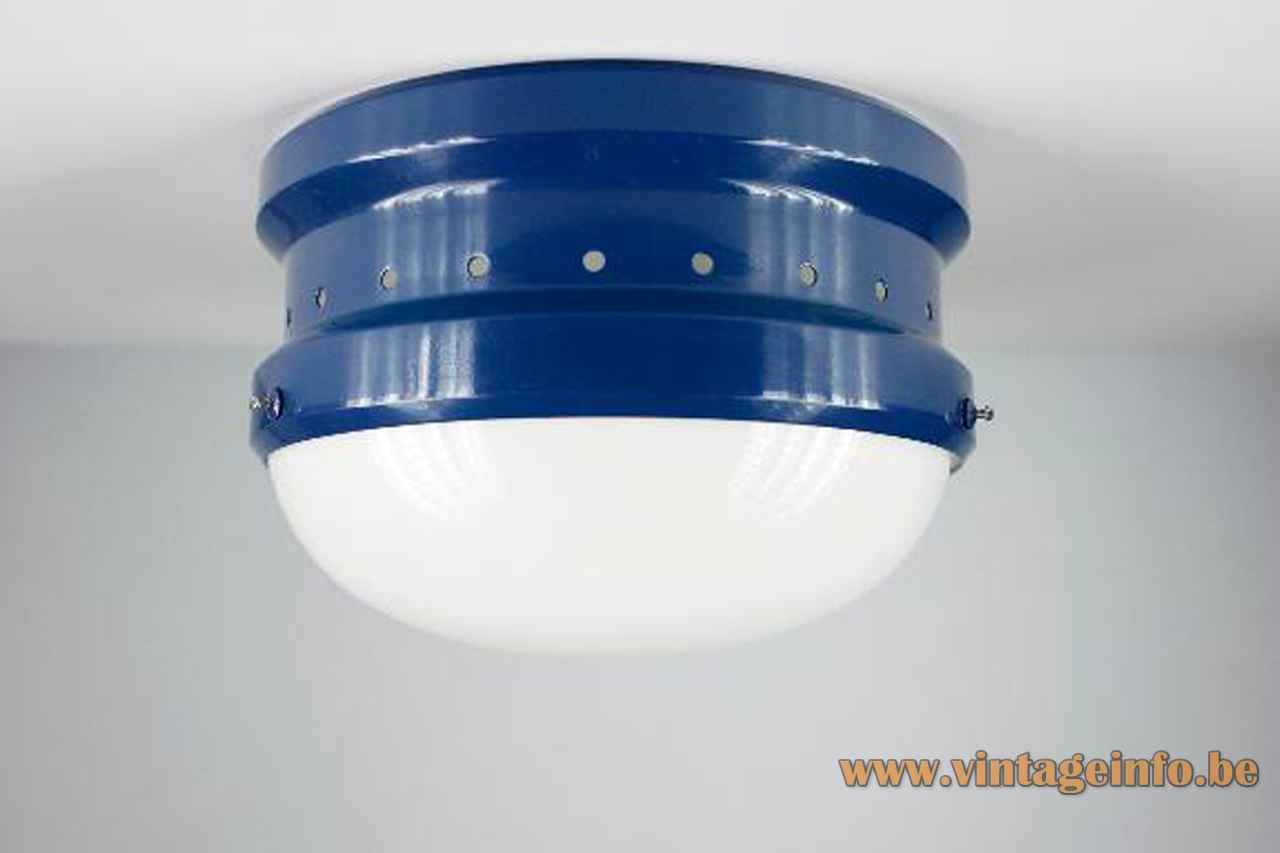 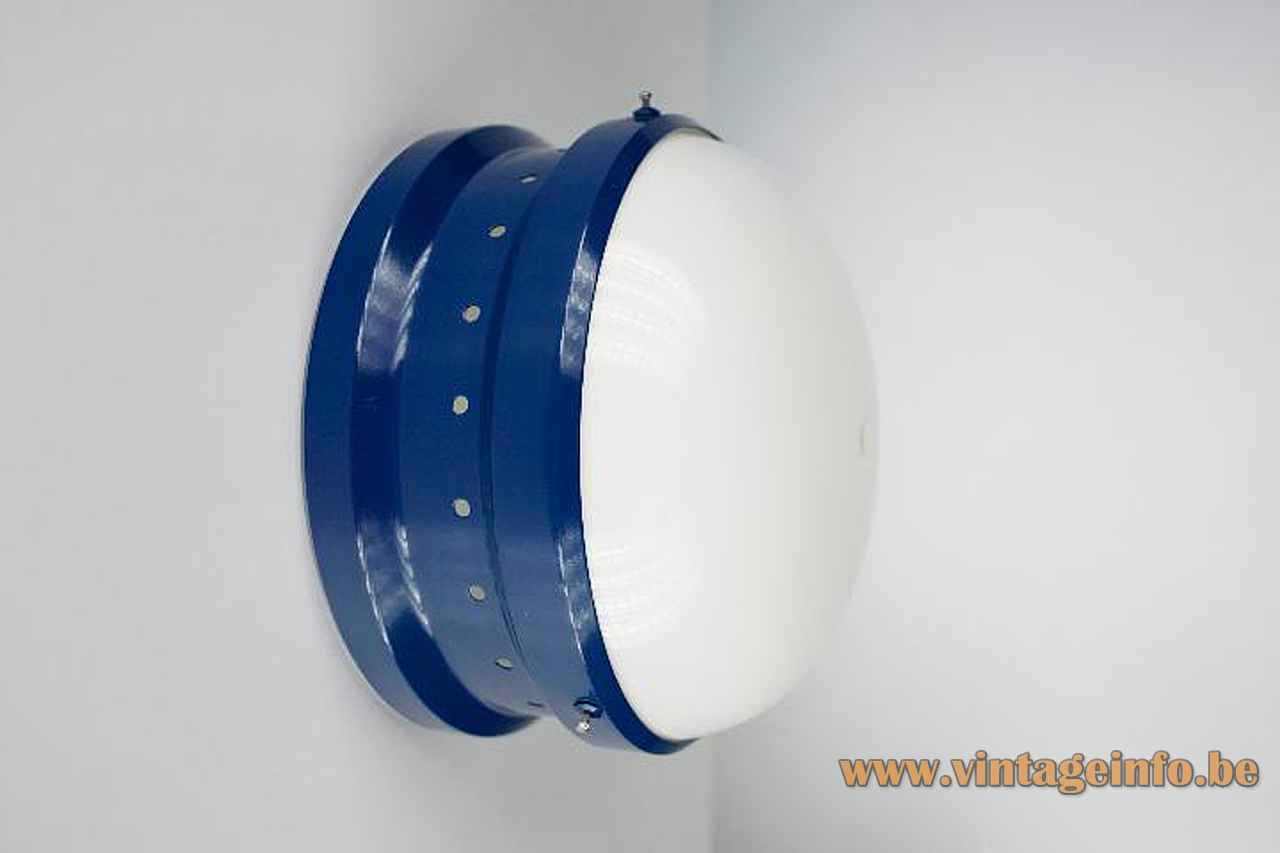 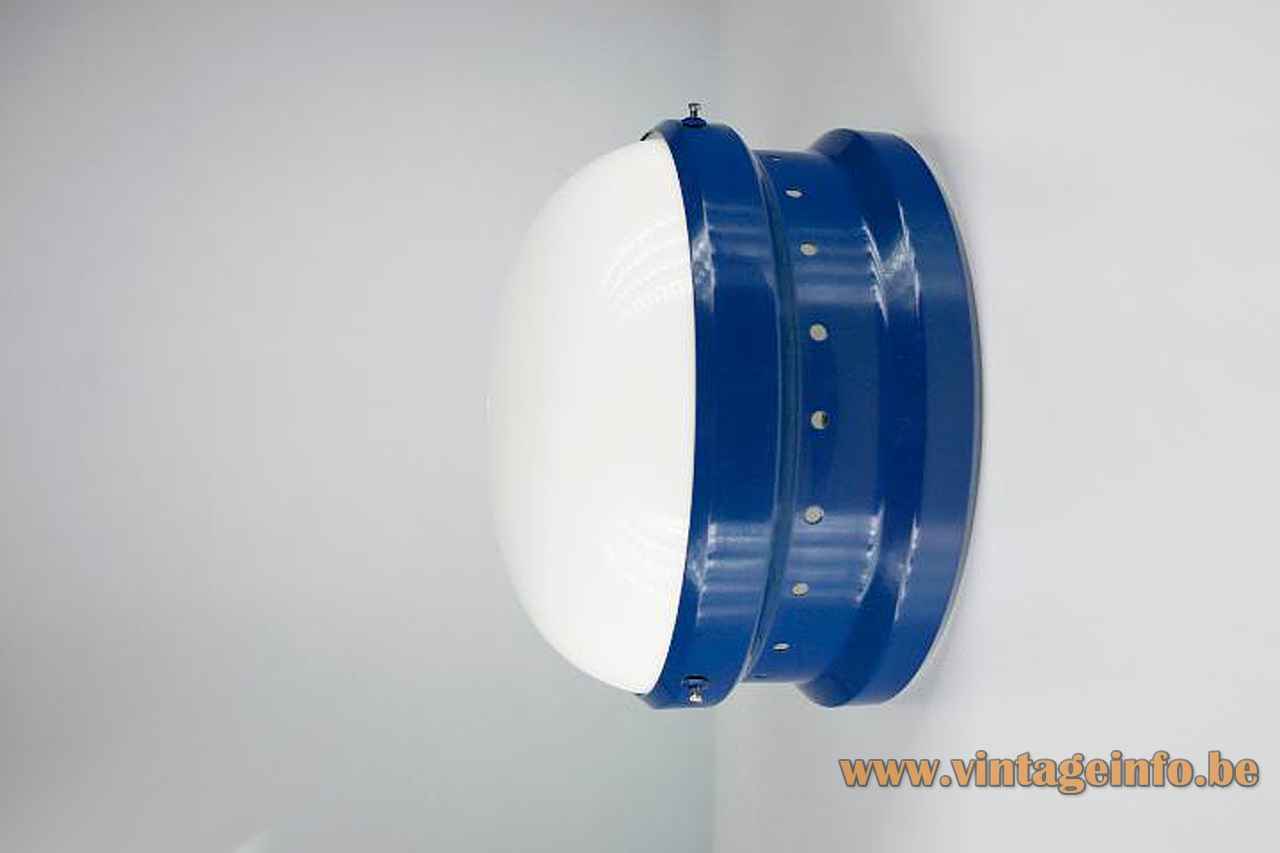 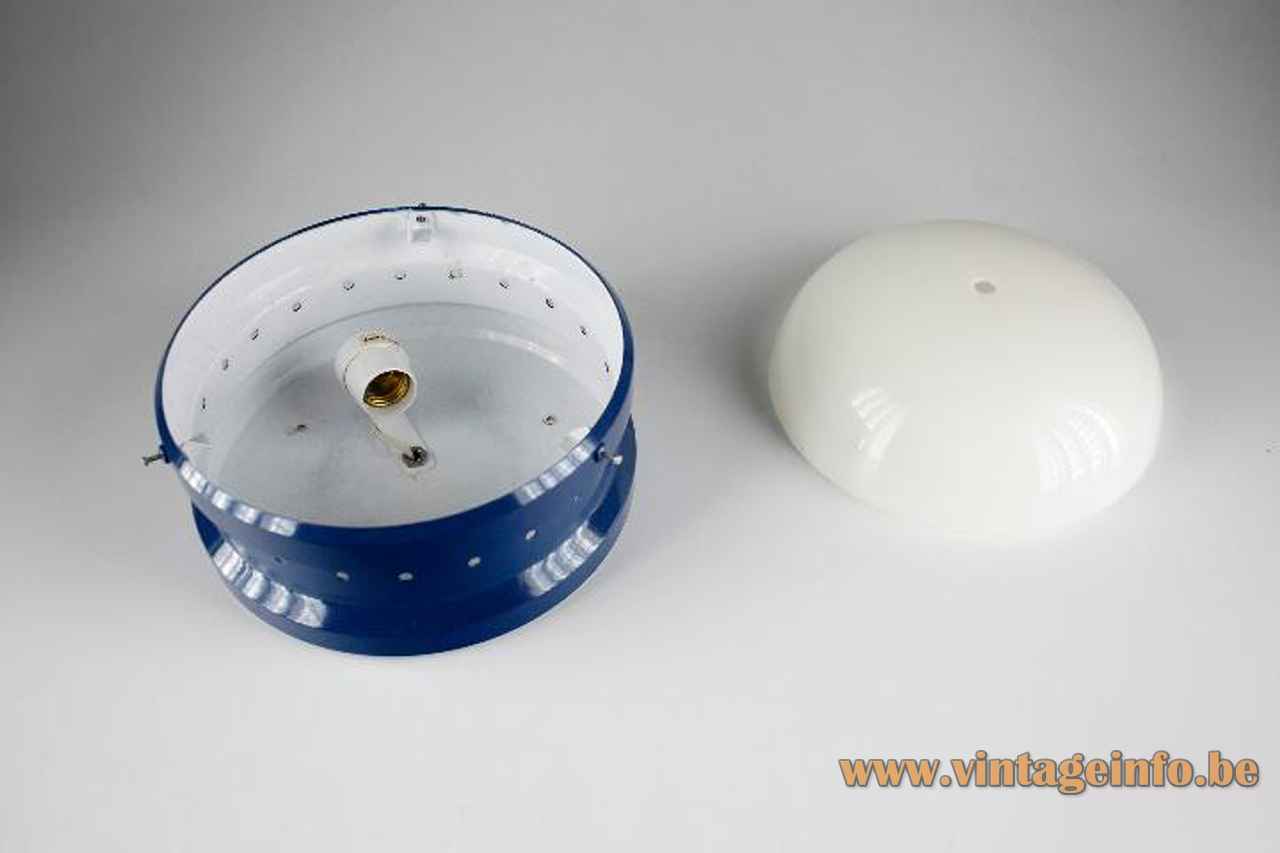 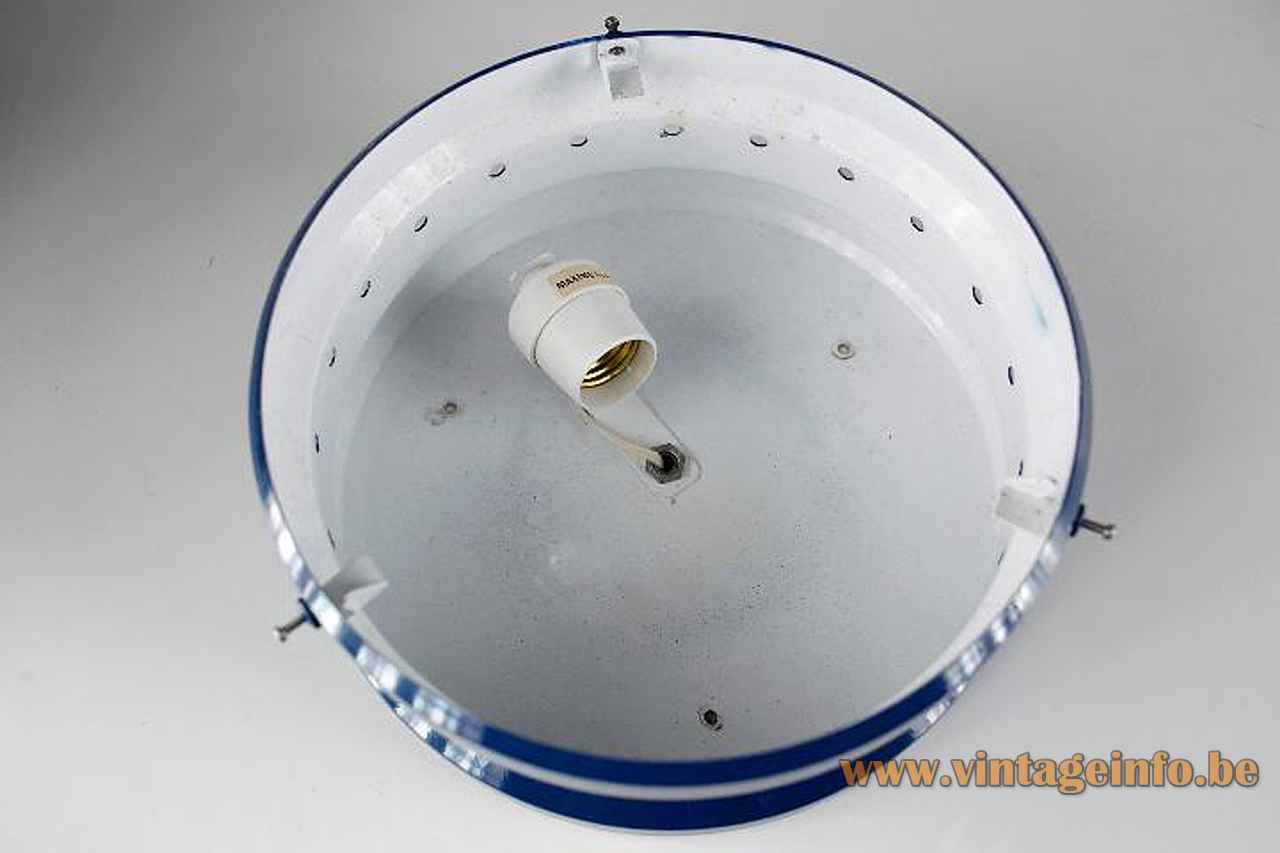 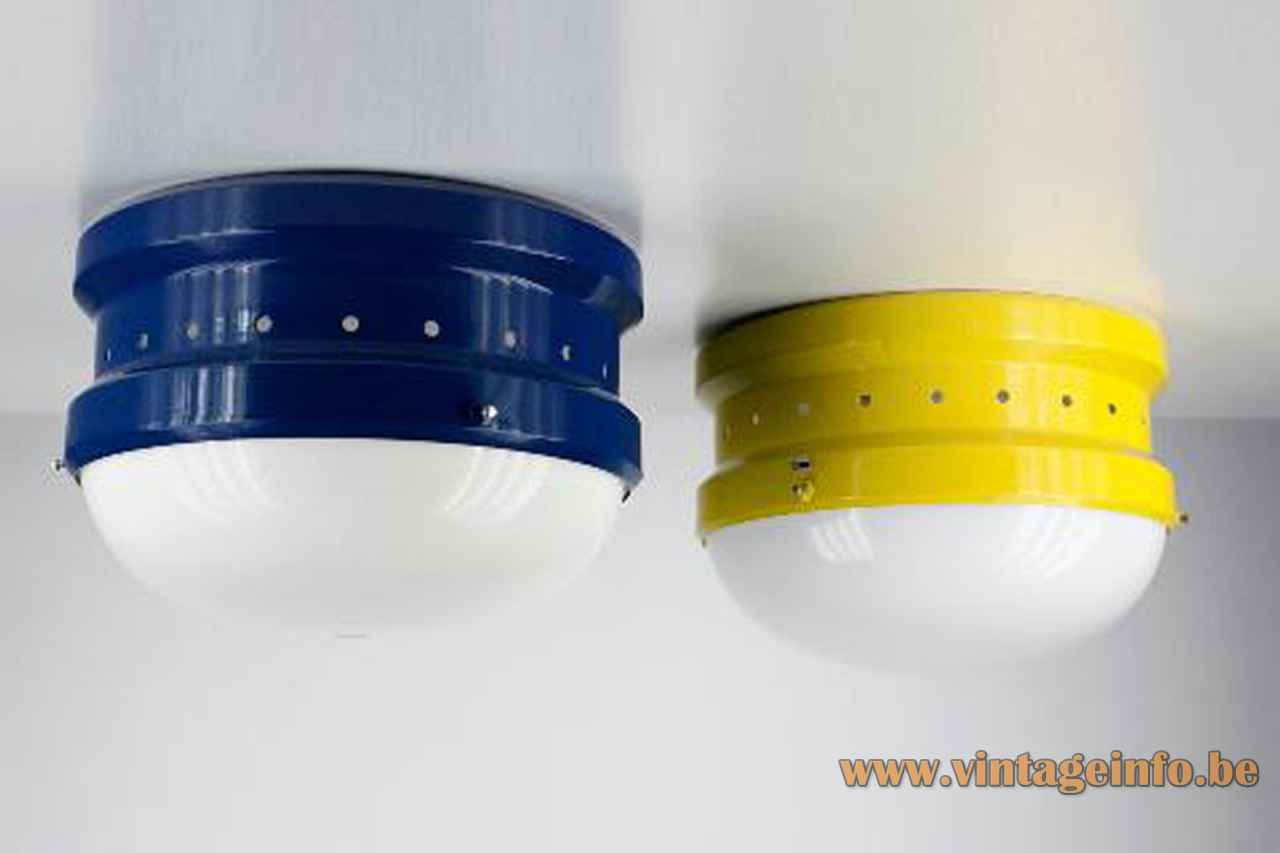 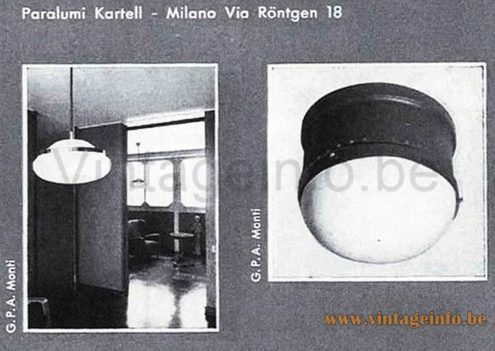 Produced by Kartell, but the electric parts are added by Tramo.

Gianemilio Monti (1920 – 2002), Pietro Monti (1920 – 1990) and Anna Maria Bertarini (1923), two brothers and their sister, opened their professional studio GPA Monti – Studio di Architettura, in Milan in 1948, after graduating at the Milan Polytechnic University. They participated in the reconstruction of the city after the war and constructed many buildings and villas. The trio designed for Fiat, Snam, Stildomus, Olivari, De Padova and Fontana Arte. GPA Monti designed for Kartell from 1959 until 1965. Anna Maria Bertarini ran the design company until her retirement in 2014.

Kartell is an Italian company that produces plastic contemporary furniture.  The company, head-quartered in Milan, began manufacturing auto-mobile accessories in 1949. It expanded into home furnishings in 1963. It was founded by Italian chemical engineer Giulio Castelli (1920 – 2006) and his wife and architect Anna Castelli Ferrieri (1918 – 2006). Kartell became well-known due to the work of design’s by her hand.