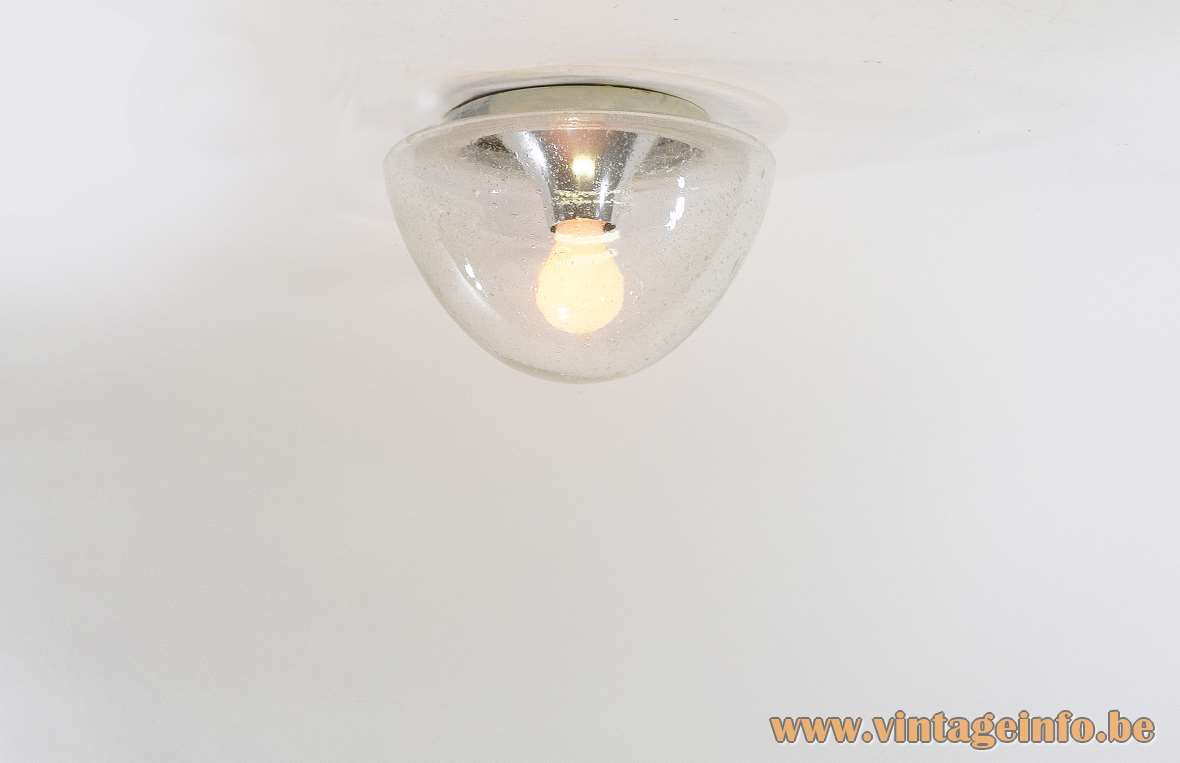 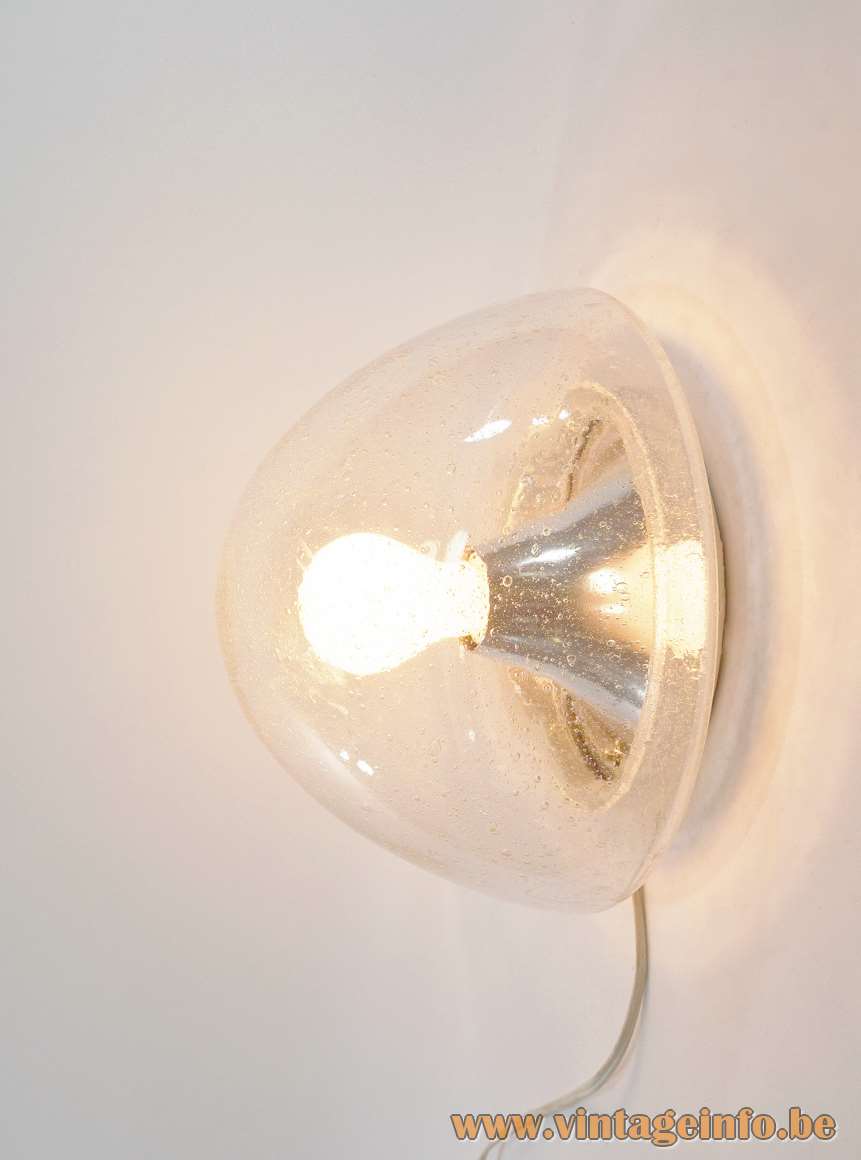 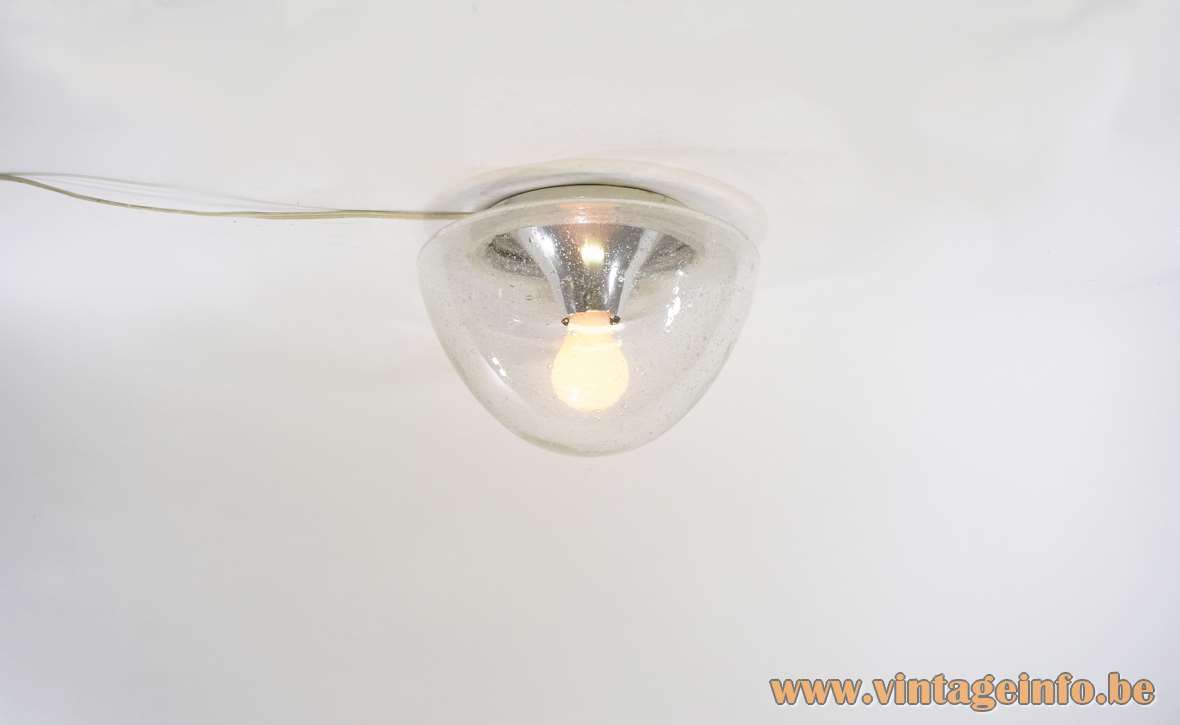 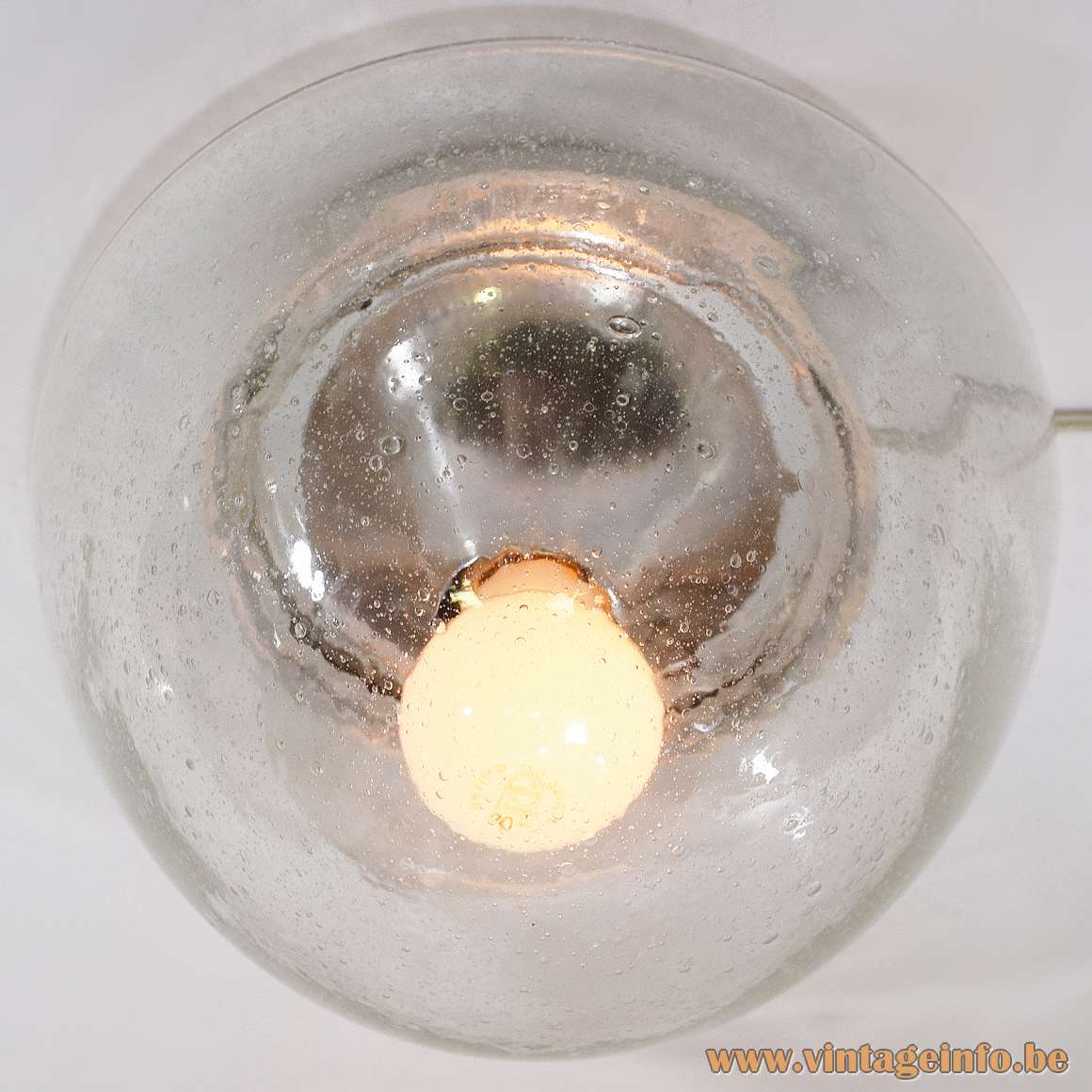 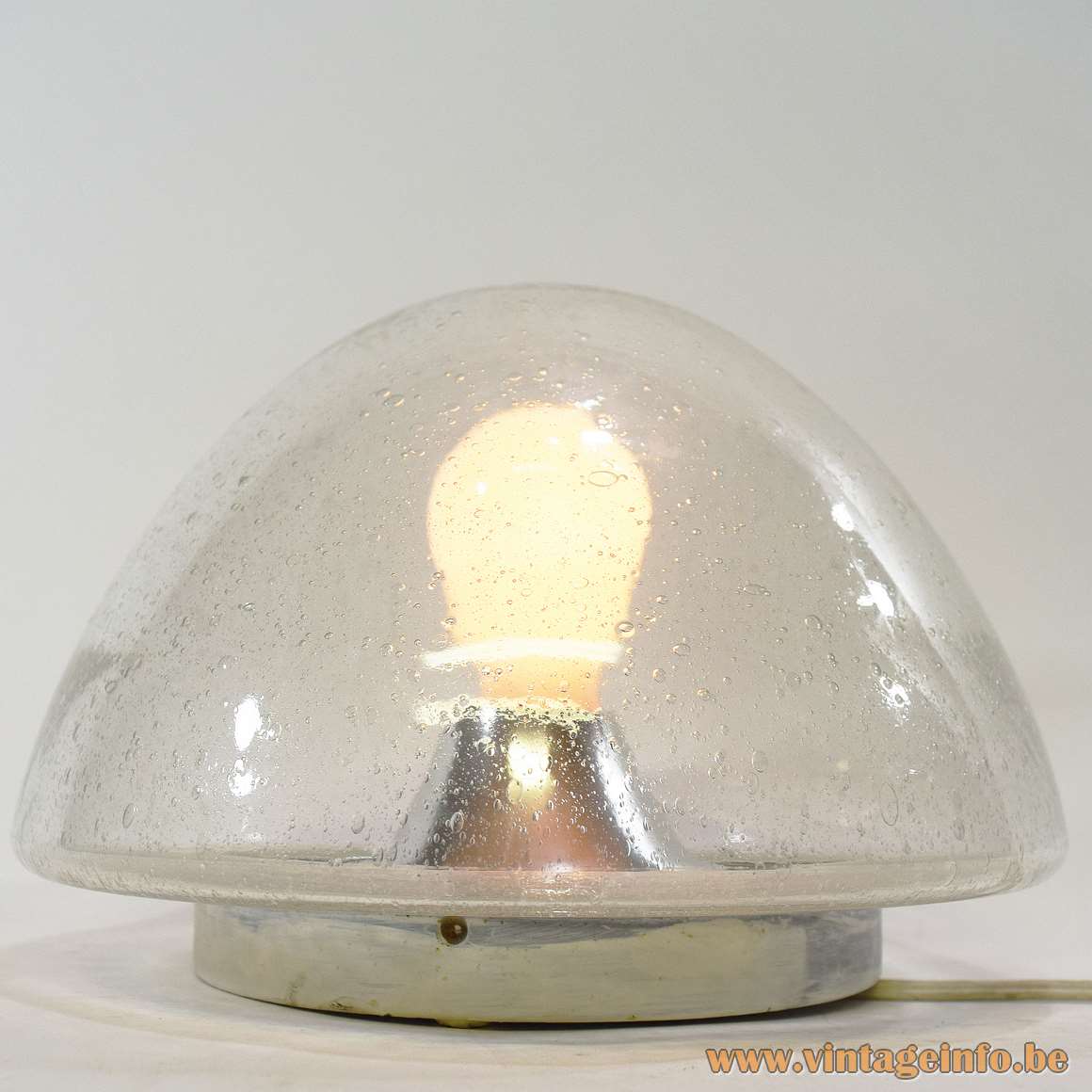 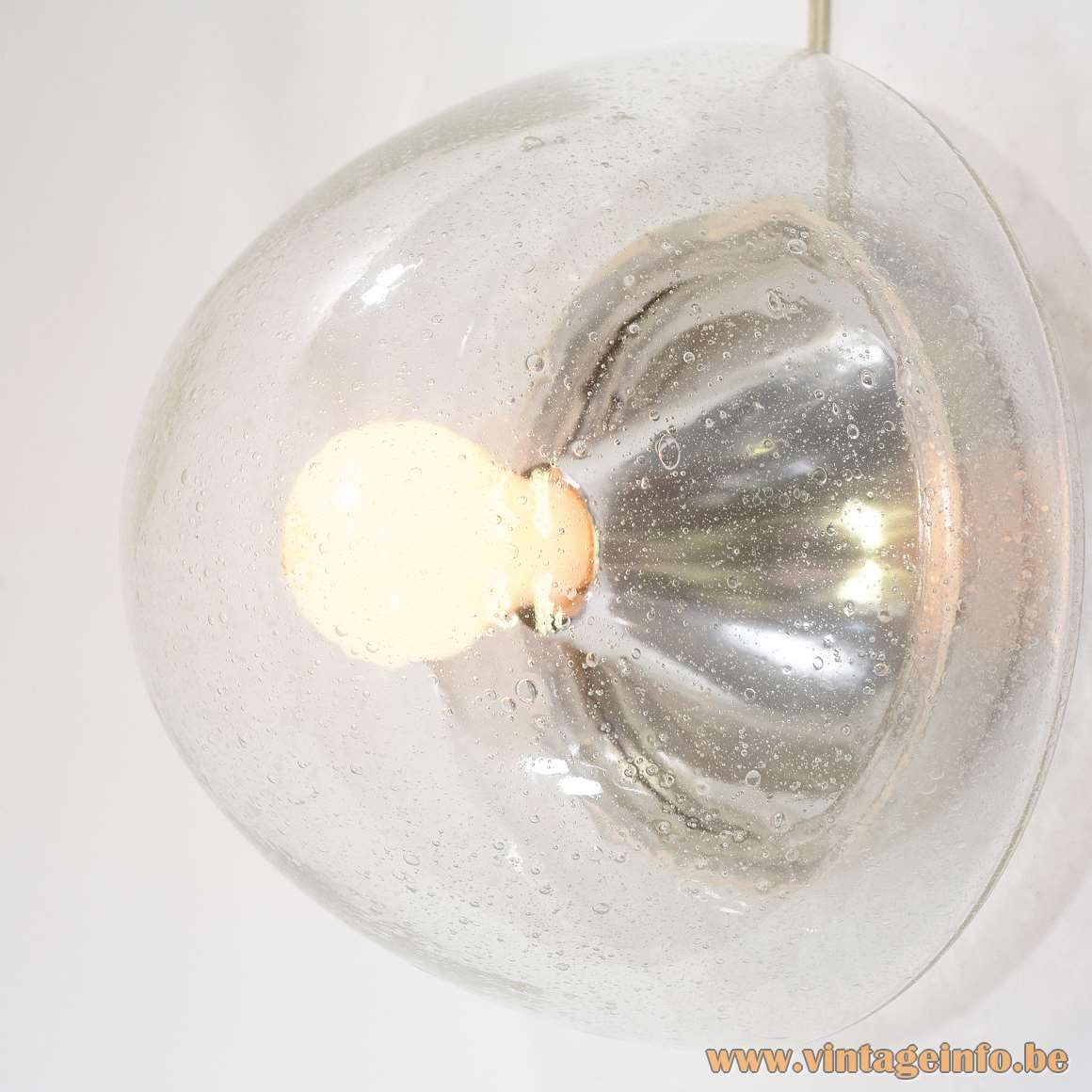 Manufacturer: HoSo Hoffmeister & Sohn, Lüdenscheid, Germany. Since 2008 the company is located in Schalksmühle.

Other versions: This Hoffmeister bubble glass flush mount also exists in smoked brown glass and gold coloured aluminium. This flush mount is model number 31363. It is a 70’s versions. Often used as a wall lamp with several lamps together.

HoSo Hoffmeister & Sohn was established in 1910 by Wilhelm Hoffmeister. In the first years the company was involved in the manufacturing and installation of switch-gear.

Hoffmeister & Sohn was the first factory in Germany specialized in lamps made from Bakelite (1929). These lamps were used as wall lamp or ceiling lamp.

The 1960s are characterized by sustained growth and the takeover of the companies Bünte & Remmler from Frankfurt in 1962 as well as the company Bugenteetzer in Lüdenscheid.

At the beginning of the 80s, Hoffmeister was the pioneer of modern lighting fixtures for power rails. 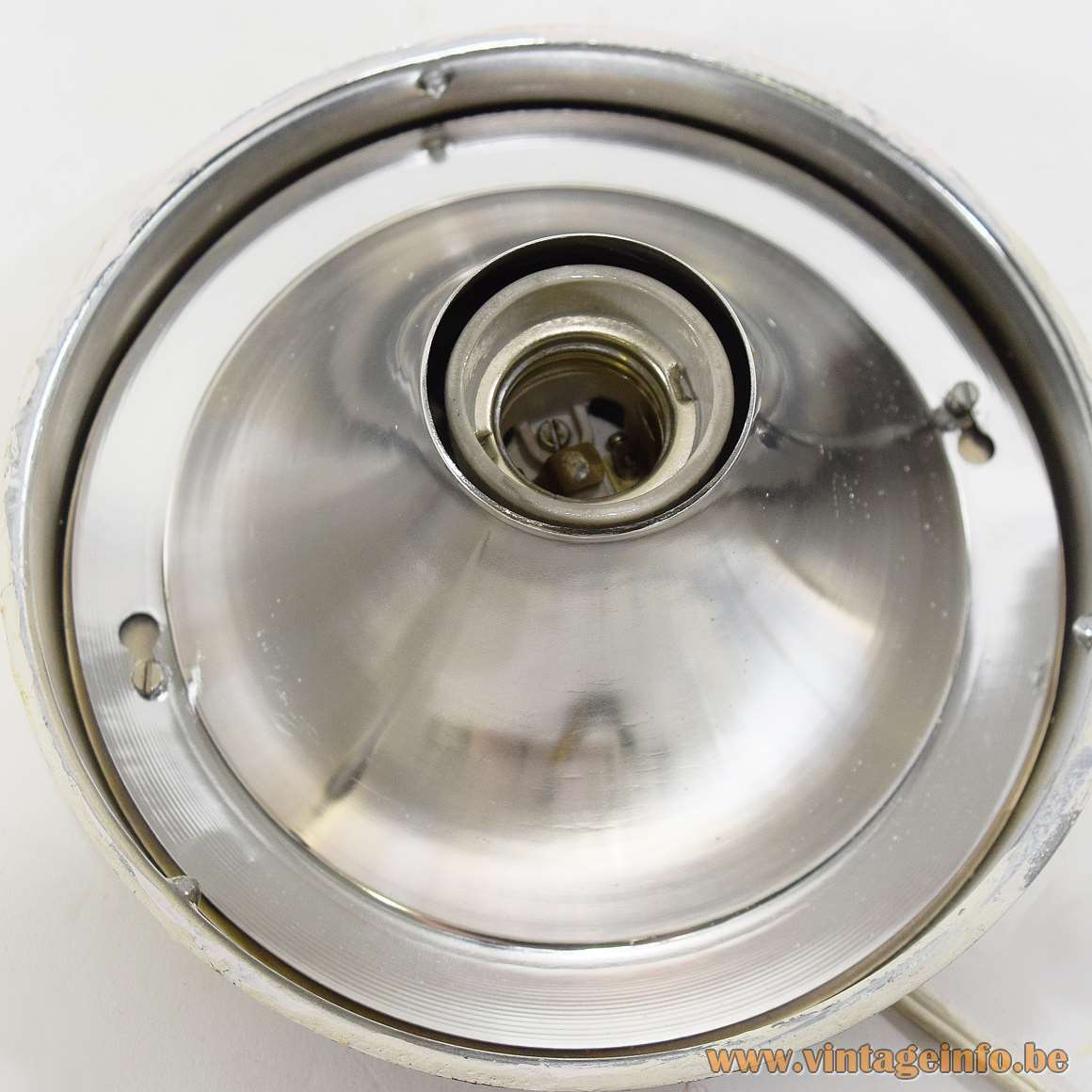 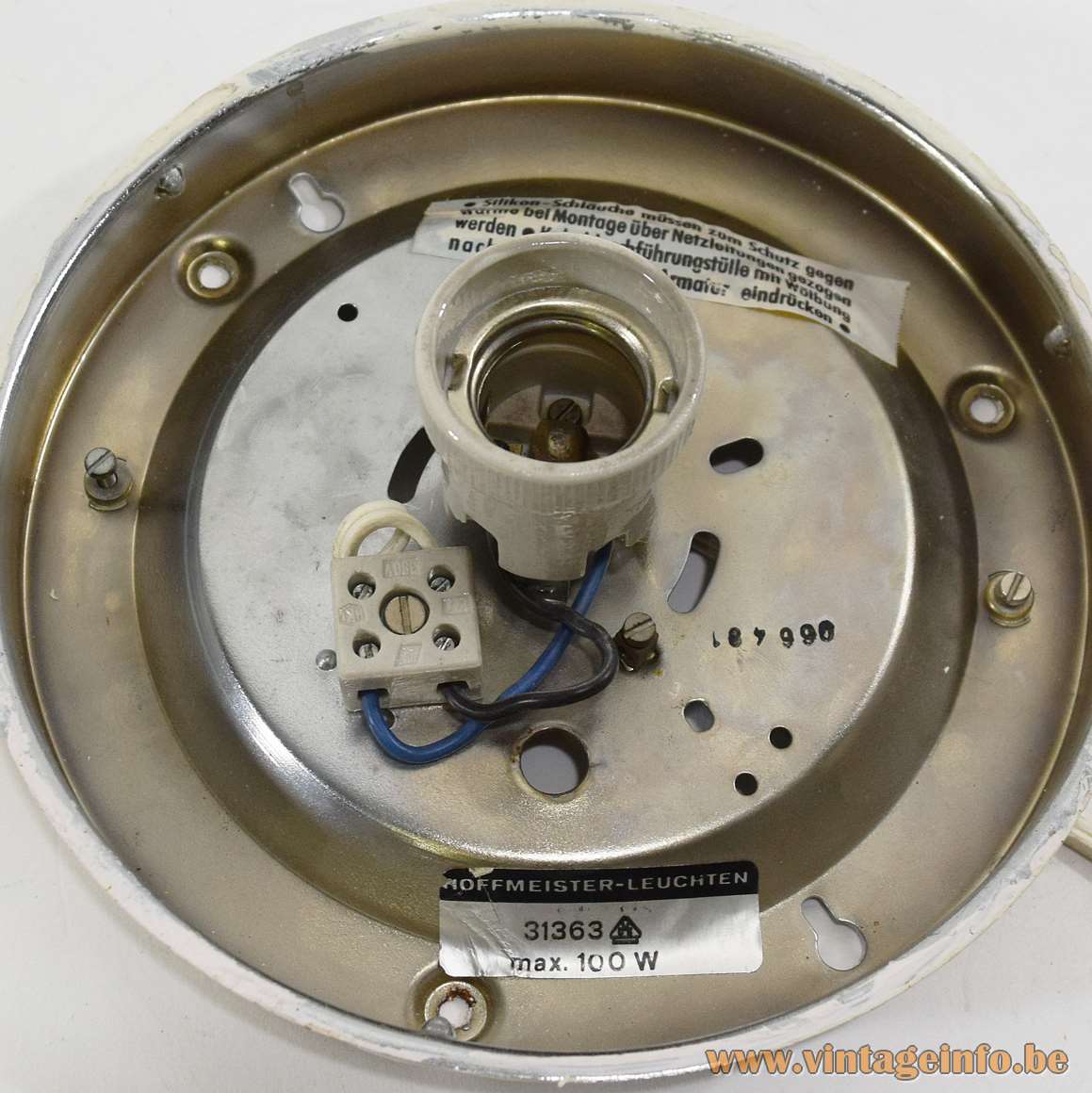 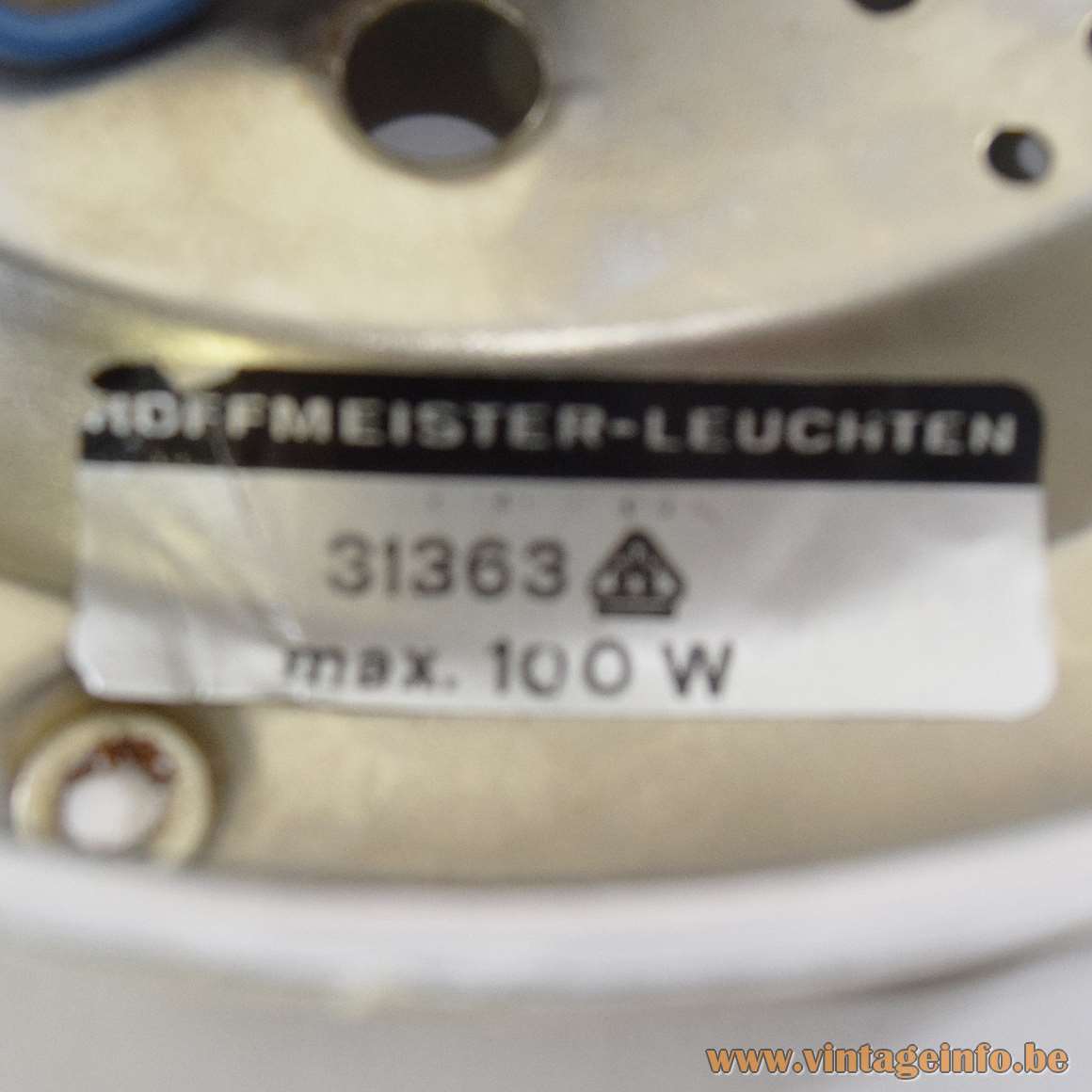 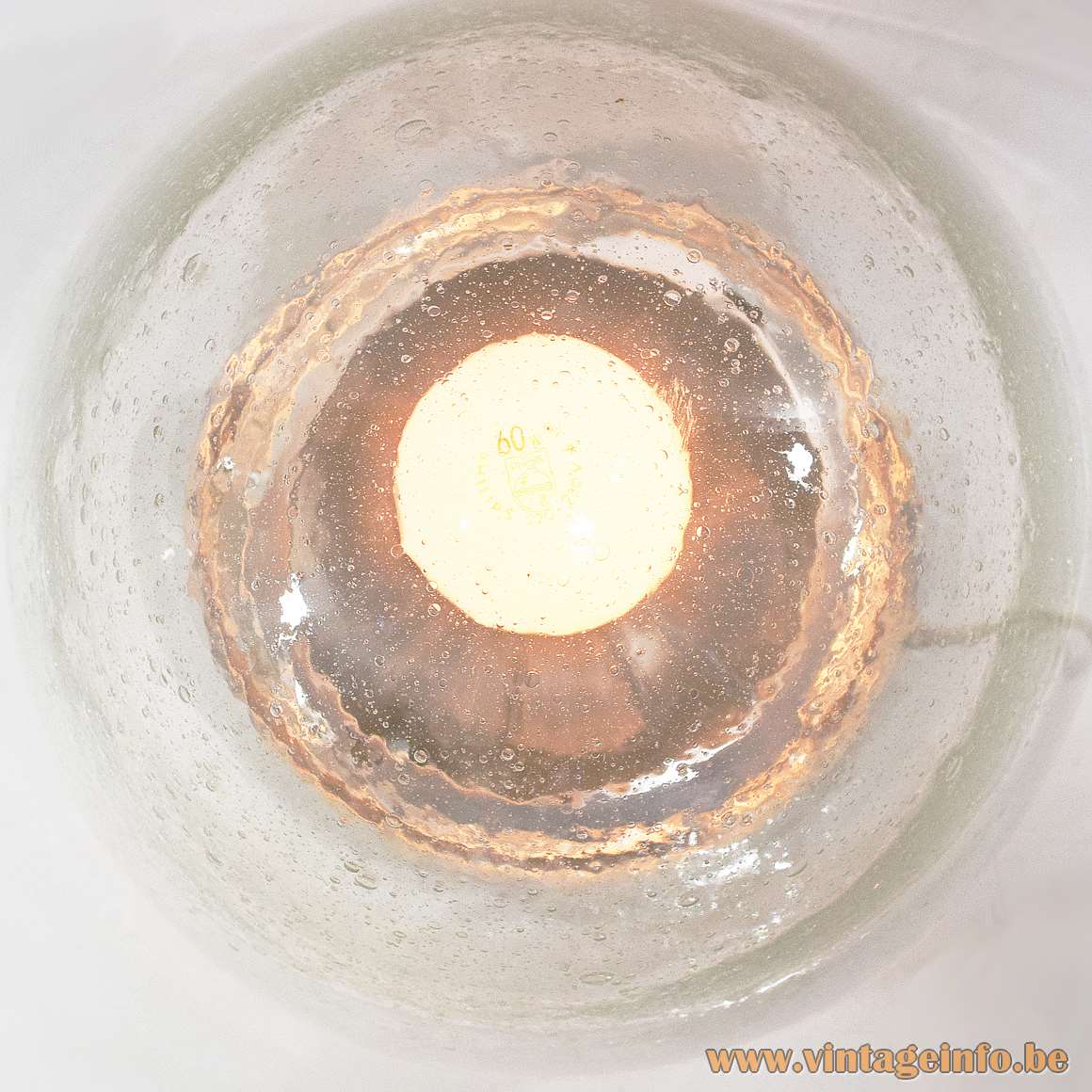