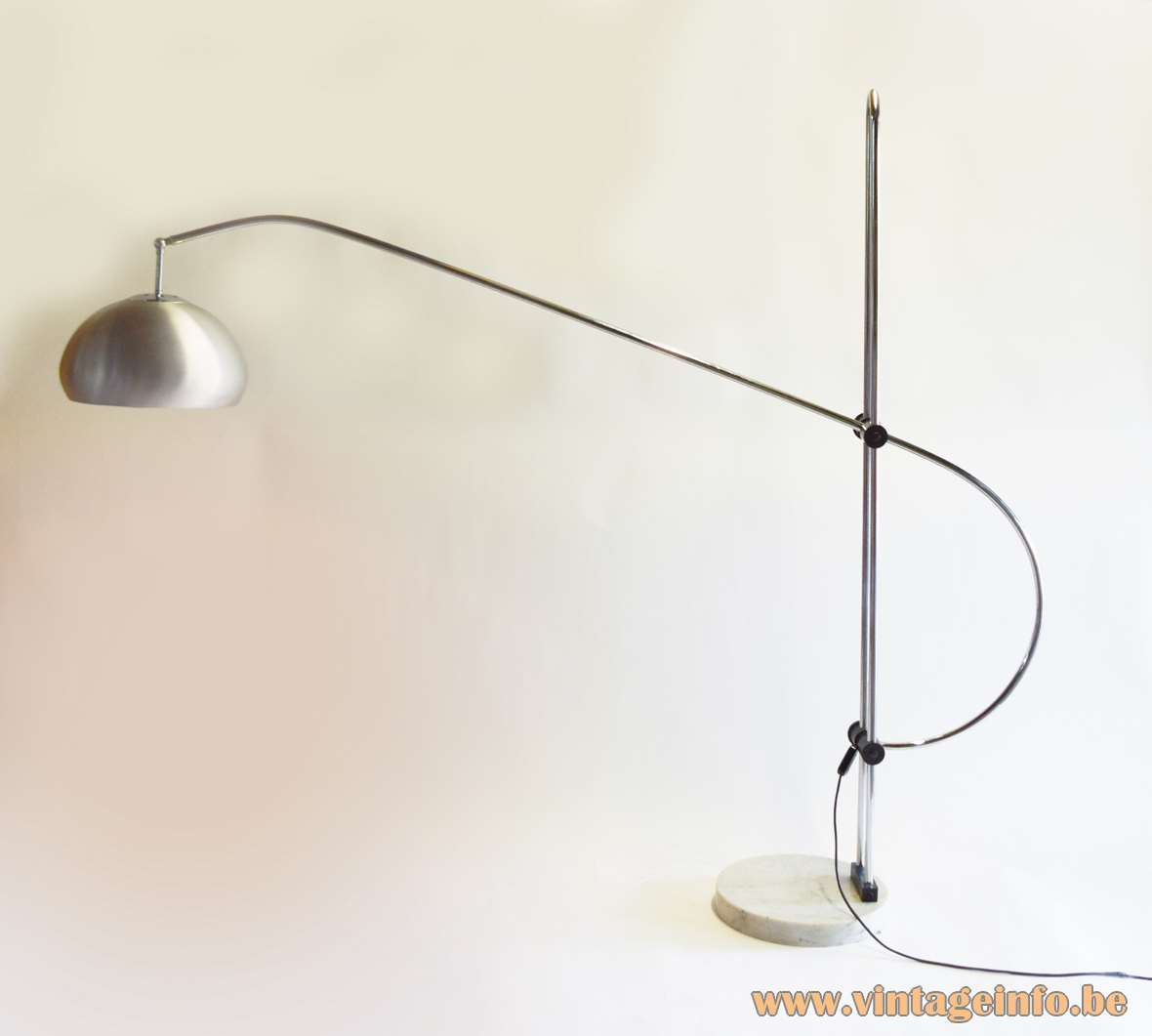 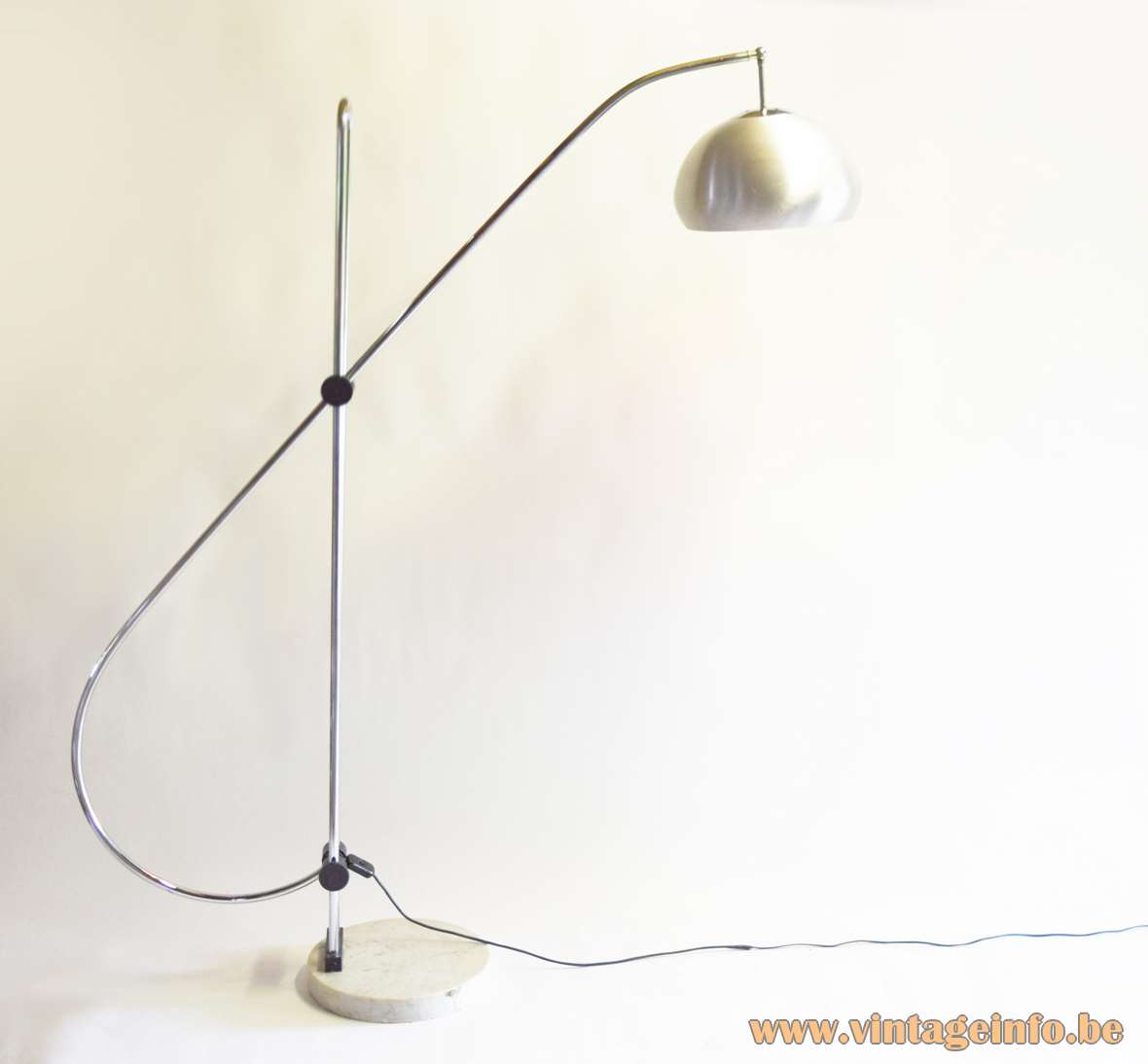 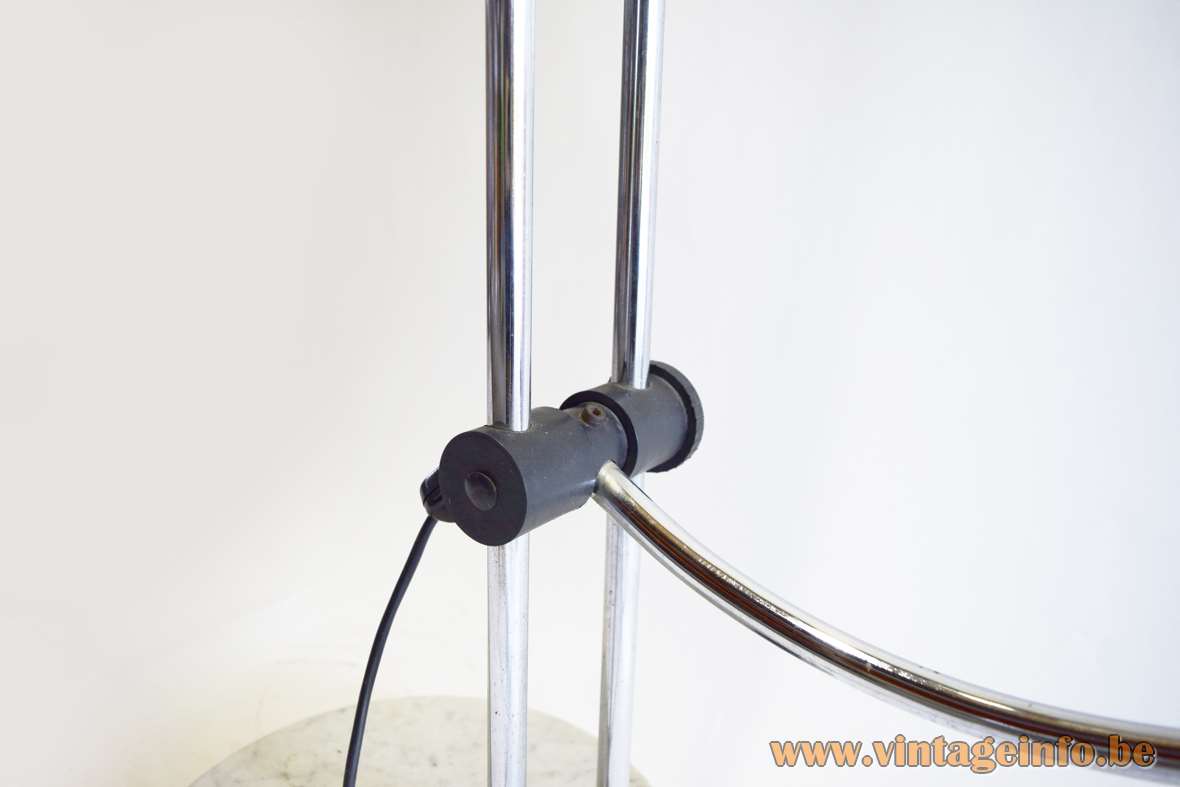 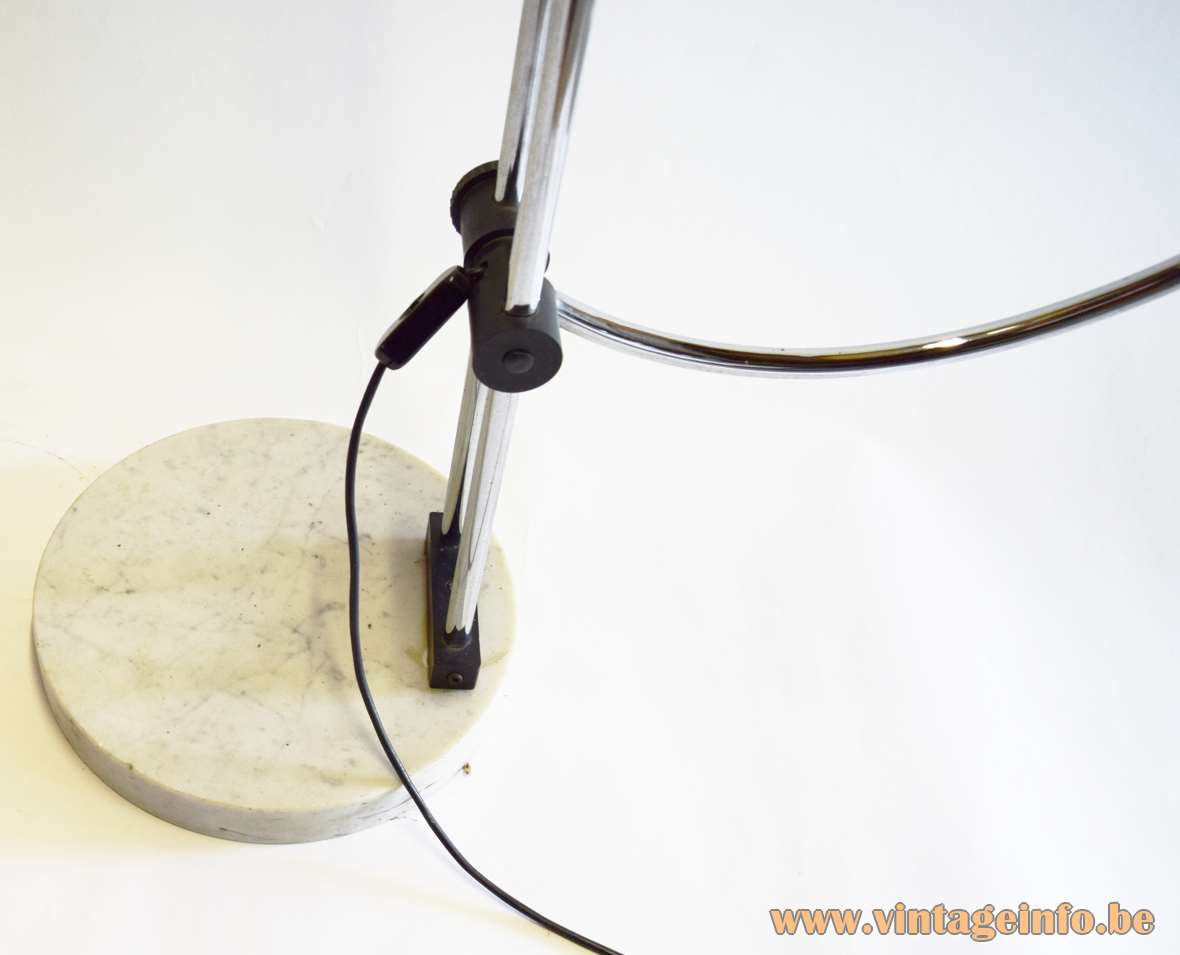 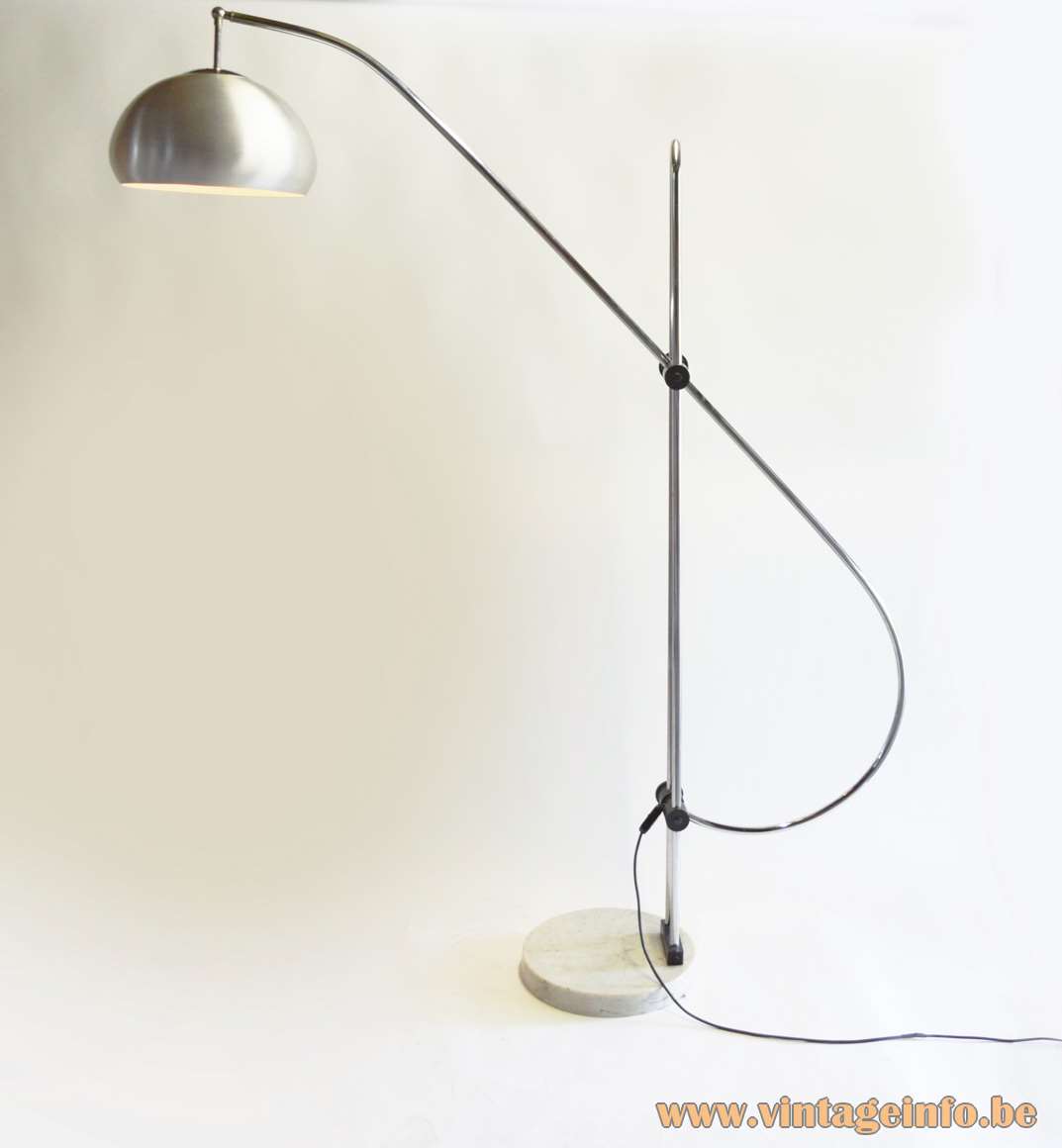 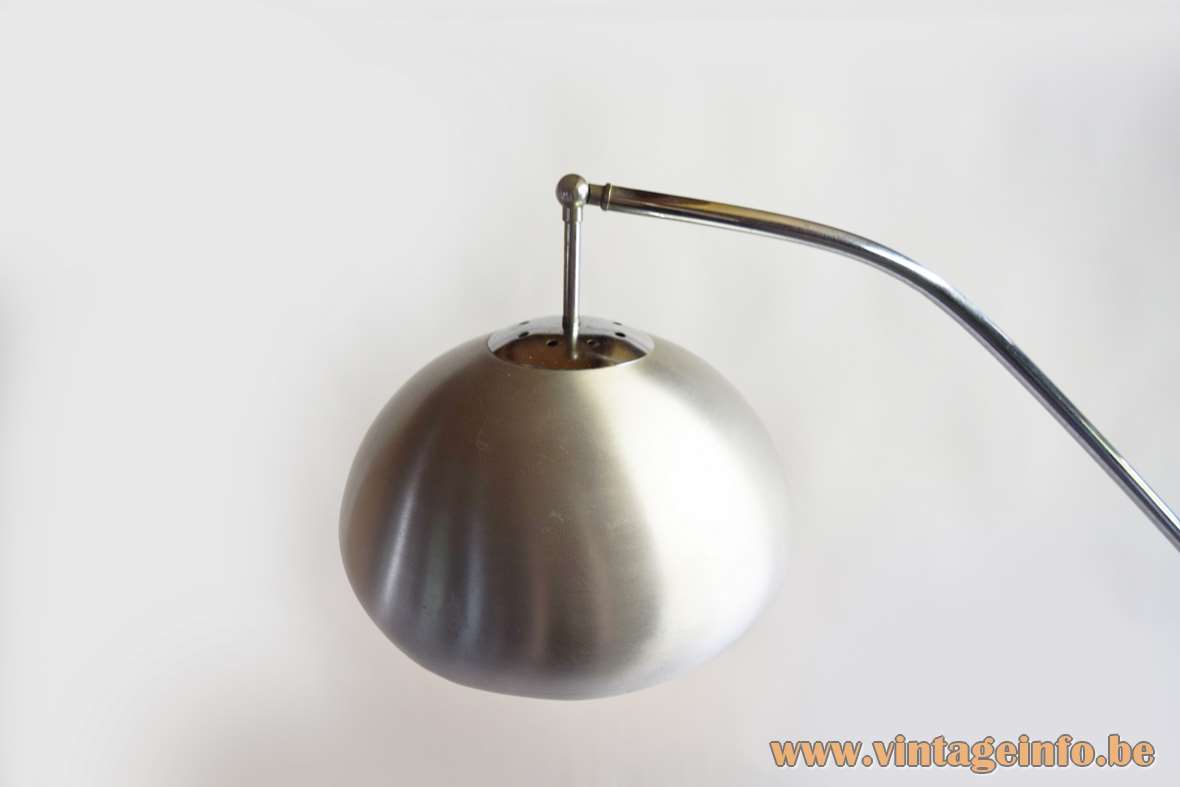 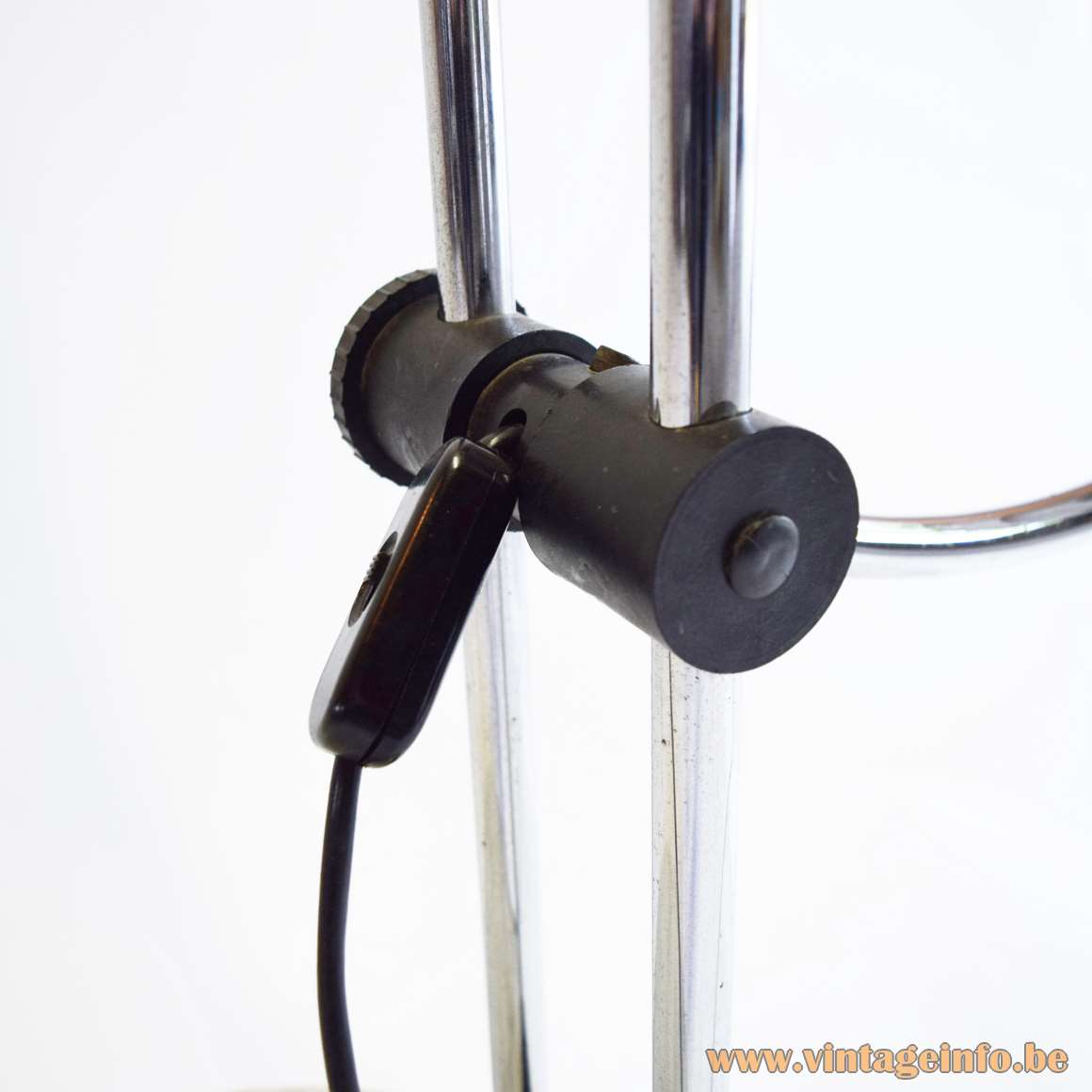 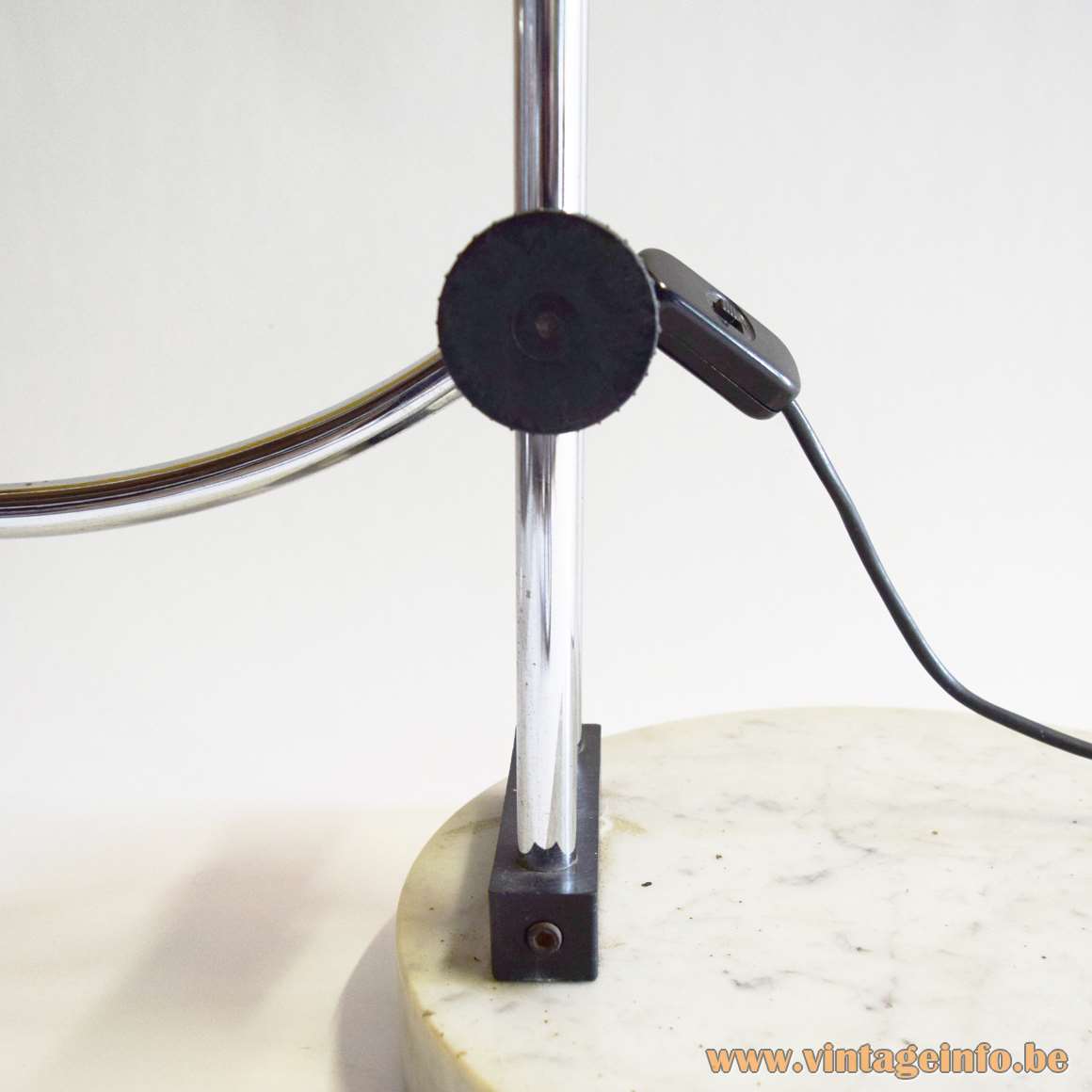 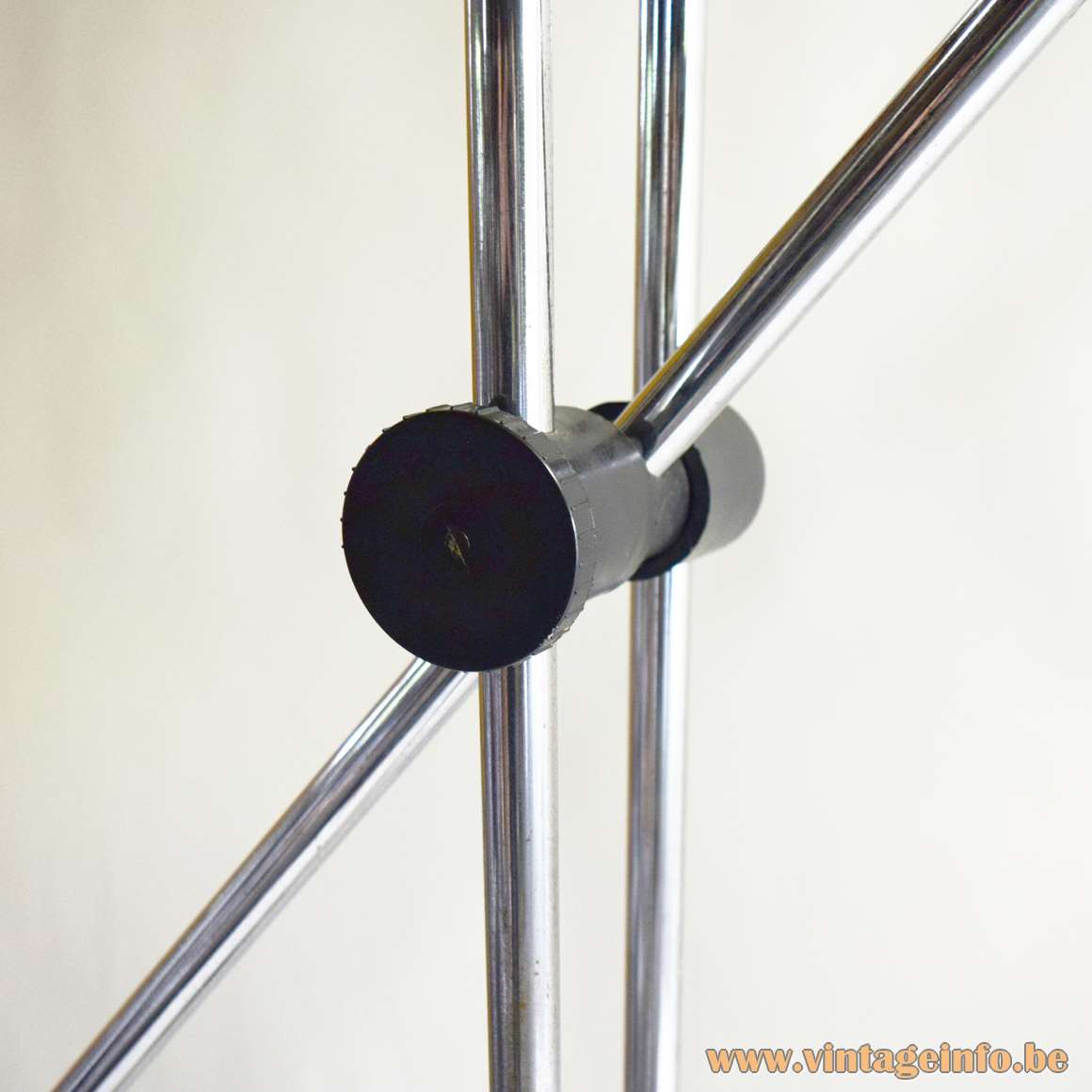 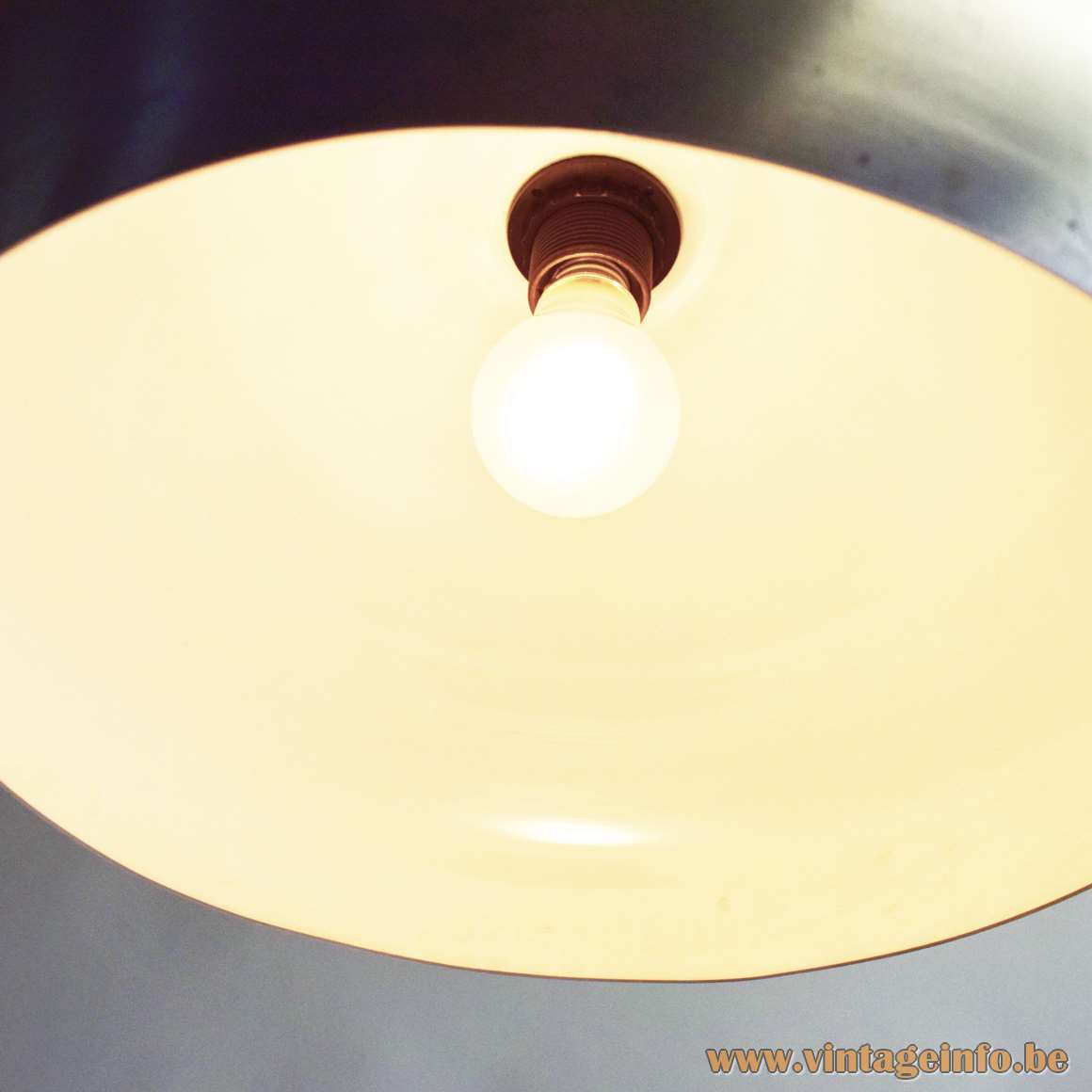 Many thanks to José for the help!

Other Versions: This 1960s articulating arc floor lamp was also made with acrylic lampshades.

A very similar floor lamp, but with completely different parts and lampshade (see below) was made by the Spanish company T-Pons. No information can be found about it, except for a few lamps.

Do you have an idea about this company? Please let us know through the contact form and help improve the websites exactitude. Your help is much appreciated.

The curved chrome rod is adjustable in length and height with the 2 black plastic ornamental screws. 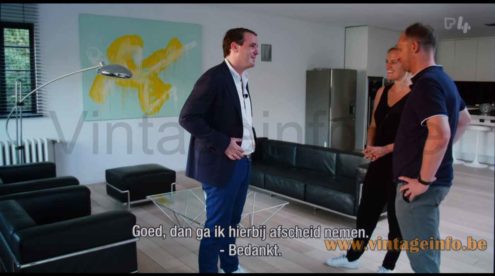