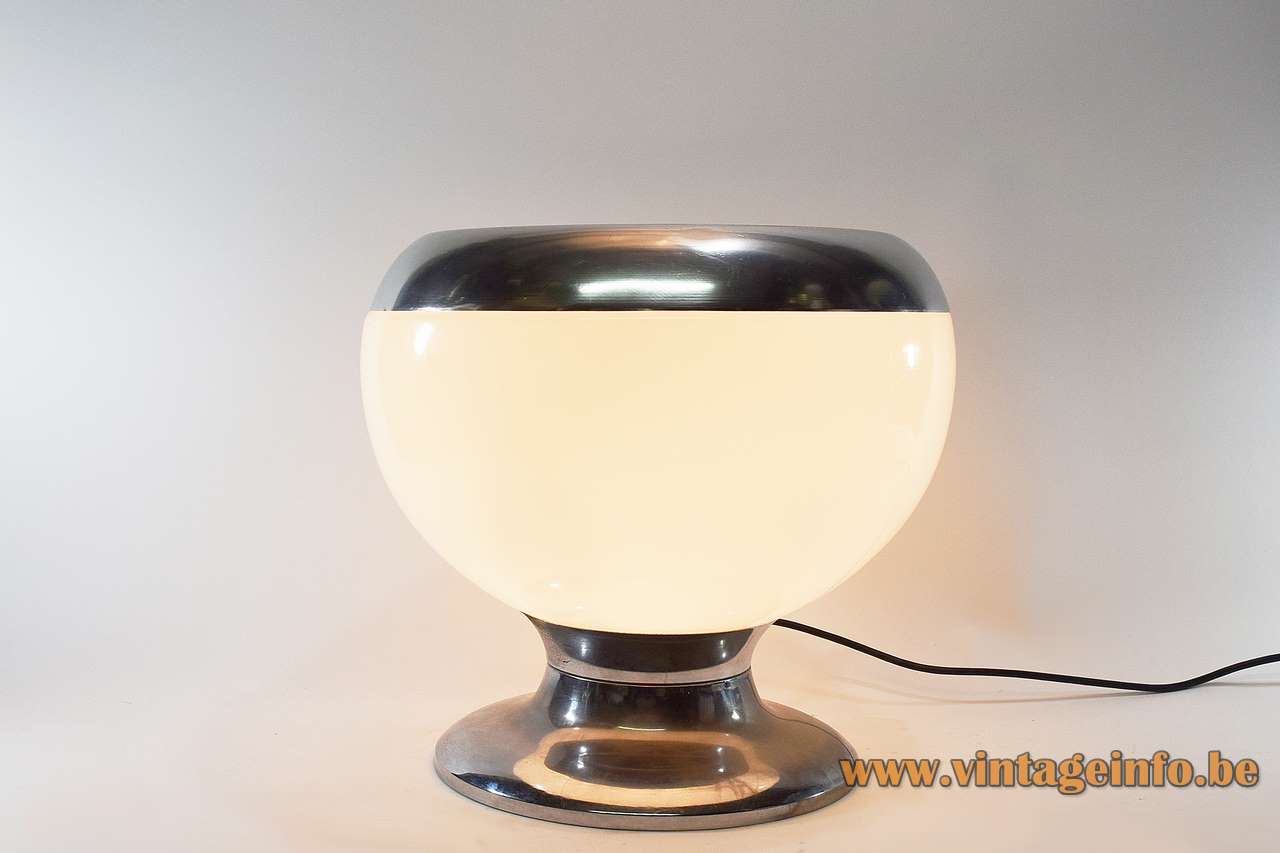 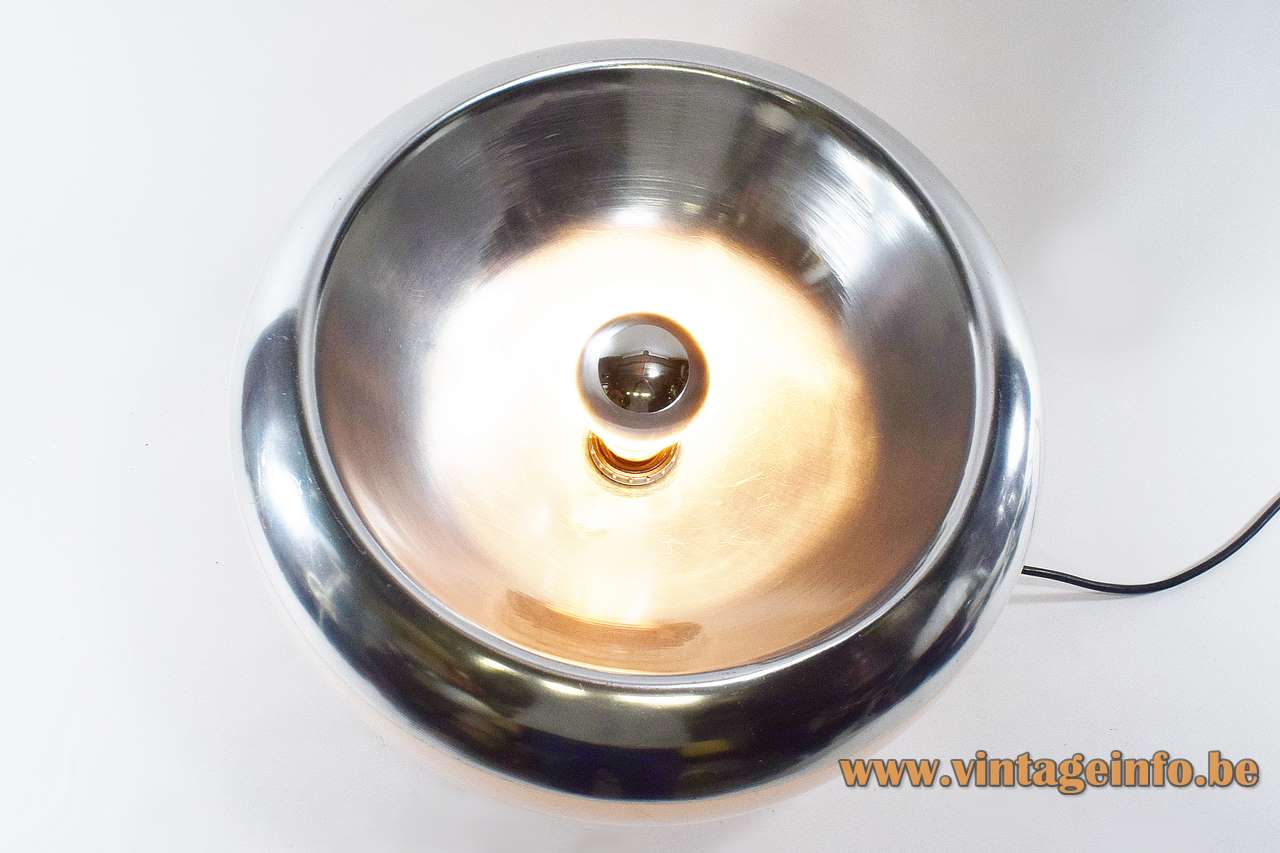 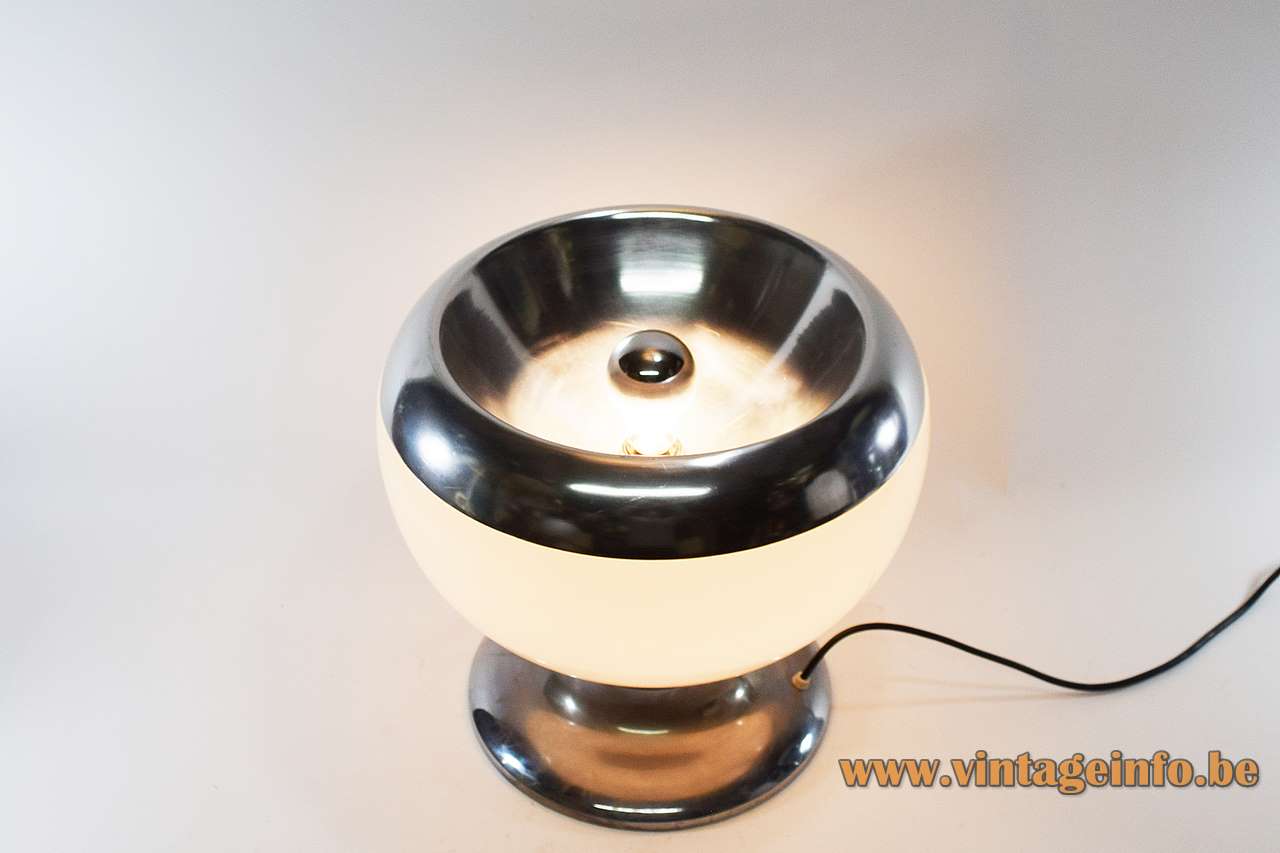 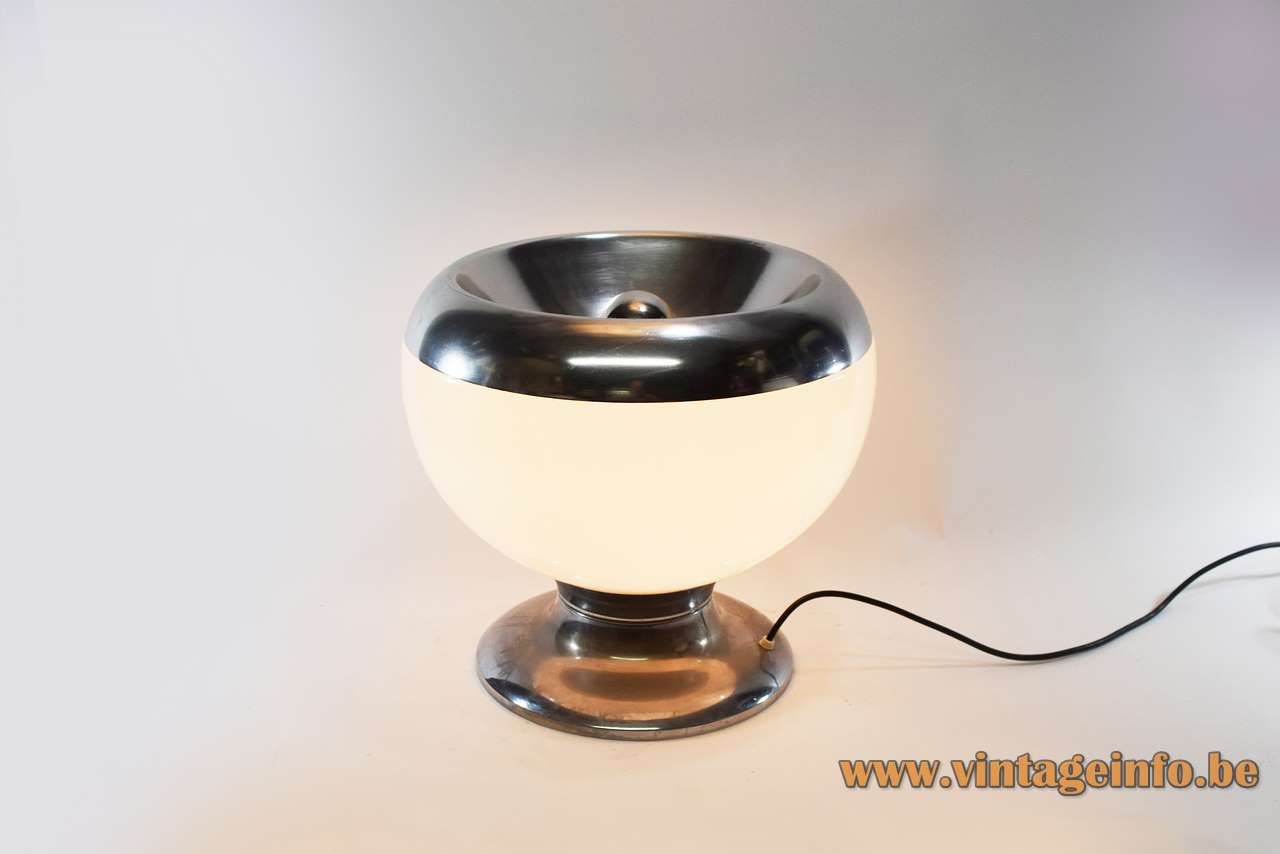 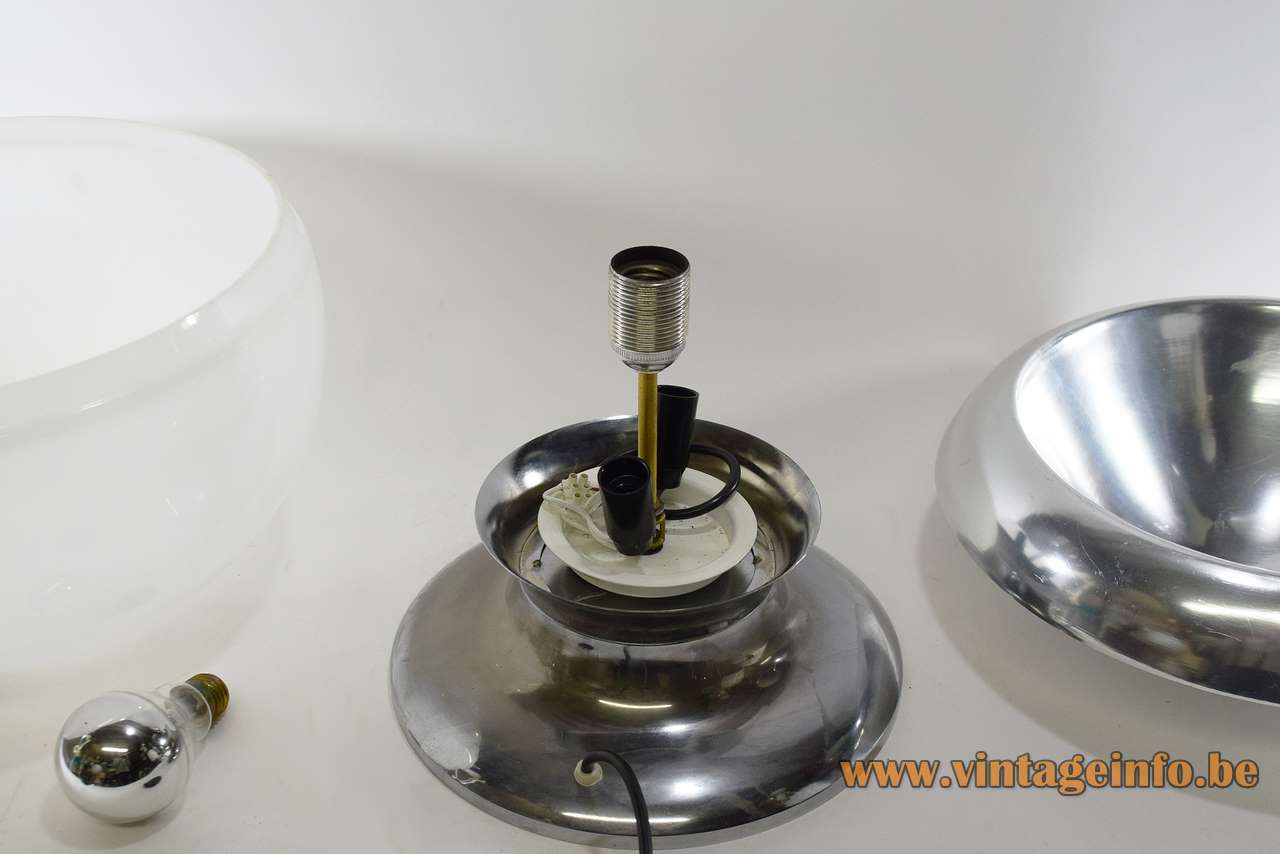 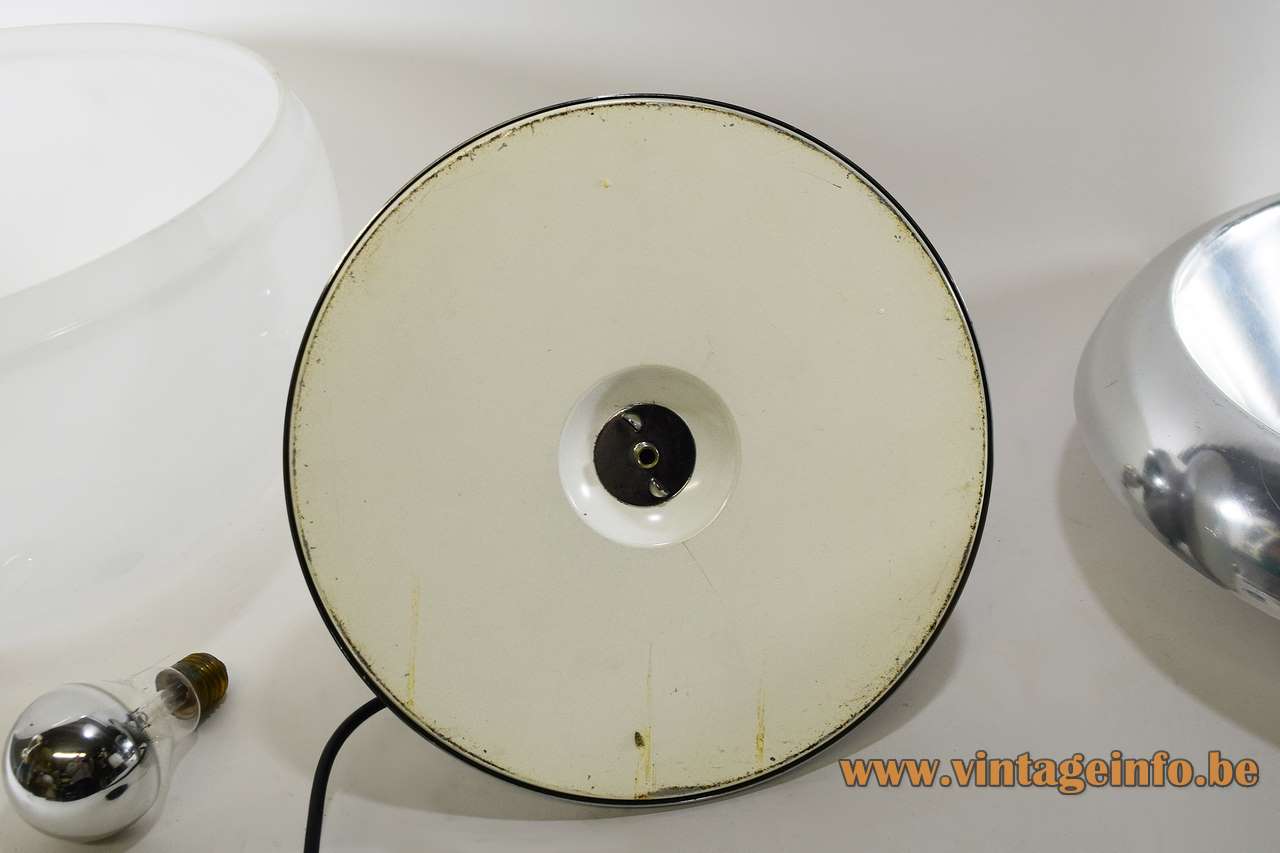 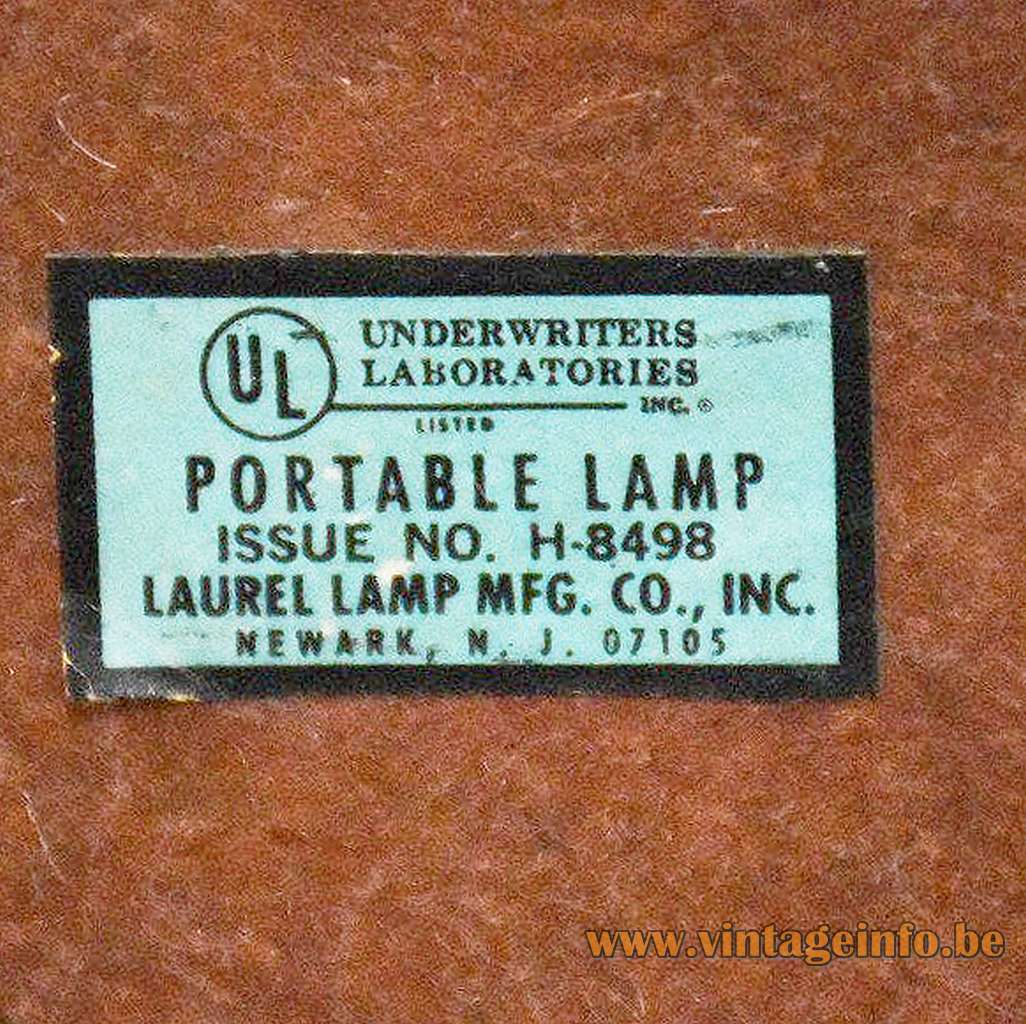 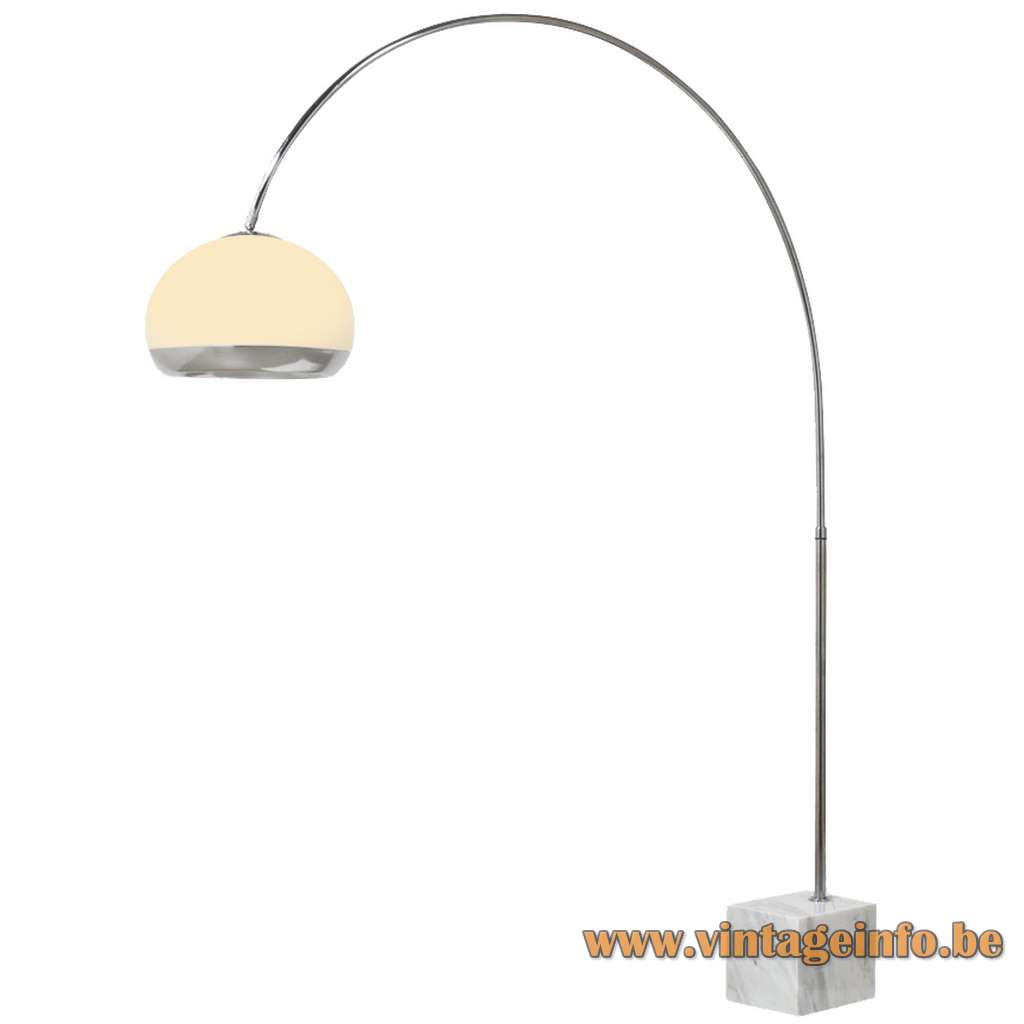 Materials: Chromed metal (iron) round base. Round metal lid on the bottom. Some metal and brass parts inside the base. Half round white acrylic lampshade. Some metal parts. Pressed aluminium reflector. 3 Bakelite sockets.

Other versions: This acrylic globe floor lamp exists in 2 versions. This floor lamp model and an arc floor lamp with a cubic marble base. The light bulbs inside can be lit separate. Also pendant lamps exists, with or without rise & fall mechanism.

This floor lamp is a rare seen lamp, but the arc floor lamp is common. The arc floor lamp has the same globe and parts and the 3 lamp sockets. Always described as a “Harvey Guzzini floor lamp for Laurel“, an American company. But the only label I have seen in 20 years is 1 lamp with a label from the Laurel Lamp MFG Co Inc. company. Never a label of Harvey Guzzini appears. Very strange for a lamp by this company. Also my arc floor lamp and this acrylic globe floor lamp have no label. It is unlikely that Laurel produced these lamps, because my lamps were acquired in Germany and Belgium. Many of these lamps appear in Europe, and also in a French, as you can see.

Certainly in the Harvey Guzzini style, but is it a Guzzini lamp? I’ve never seen them in a catalogue…

Do you have an idea? Please let us know through the contact form and help improve the websites exactitude.

The Laurel Lamp company of Newark, New Jersey, USA was active from the 40s until the 70s. They not only produced lighting, but the company also sold several lamps from European designers and manufactures. They were located at 111 Rome Street. 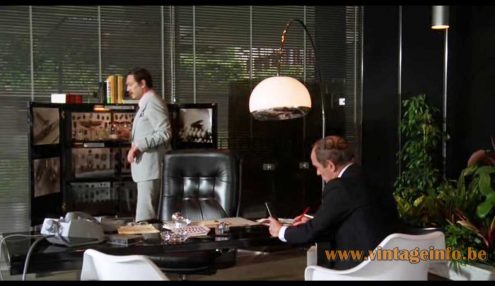