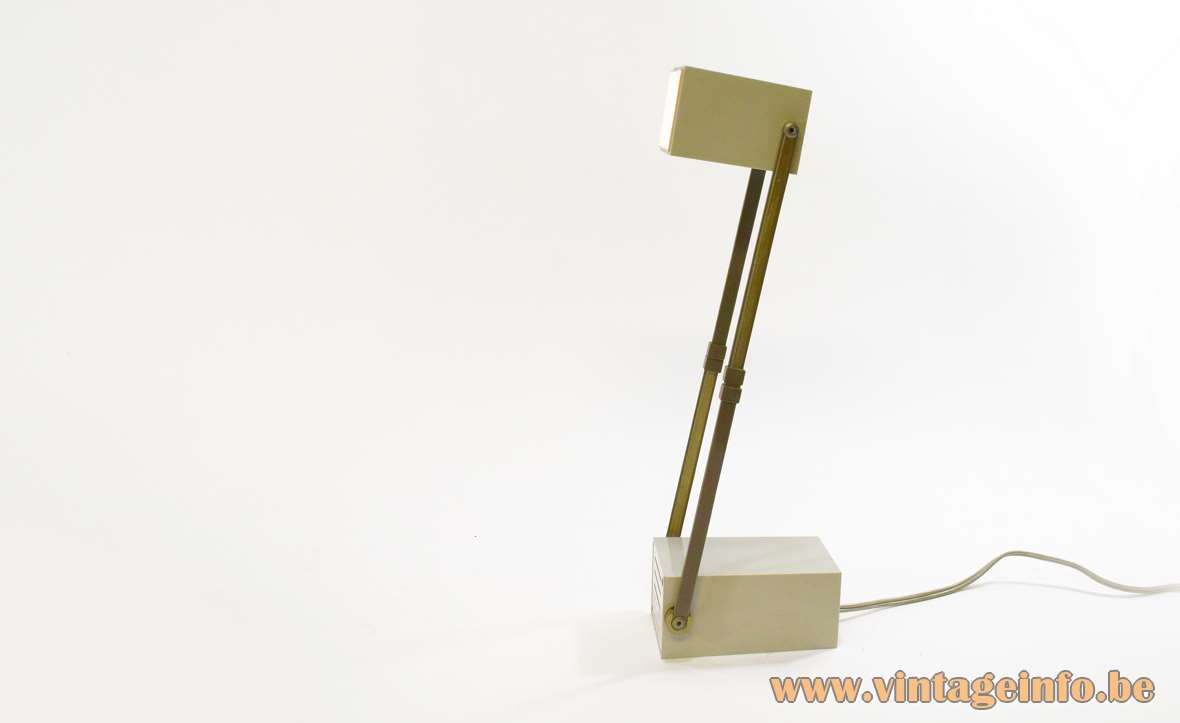 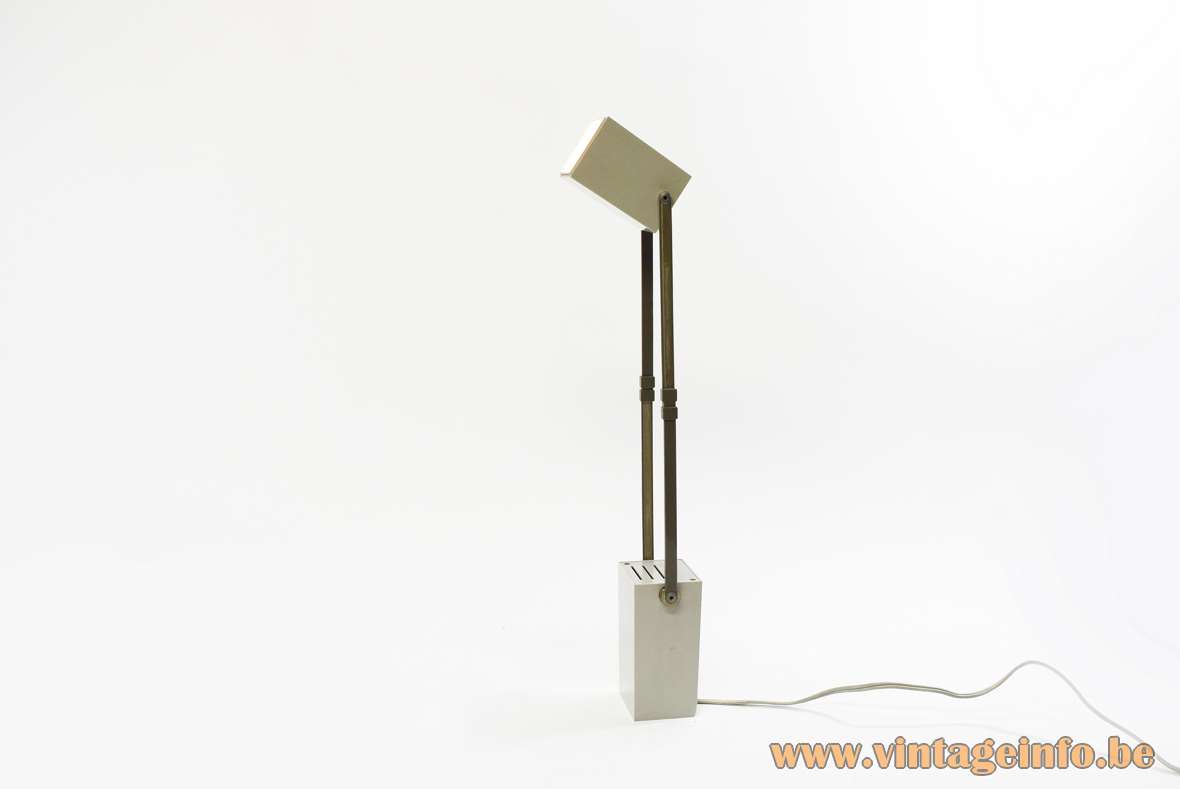 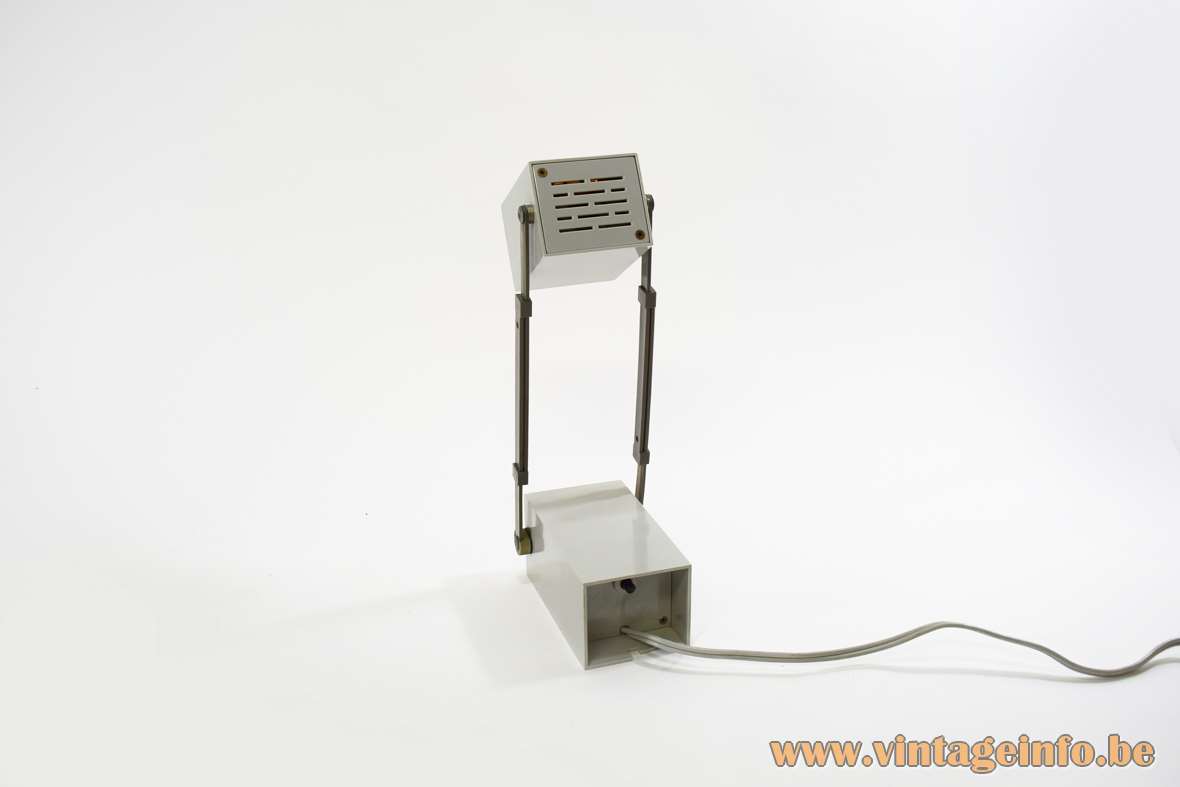 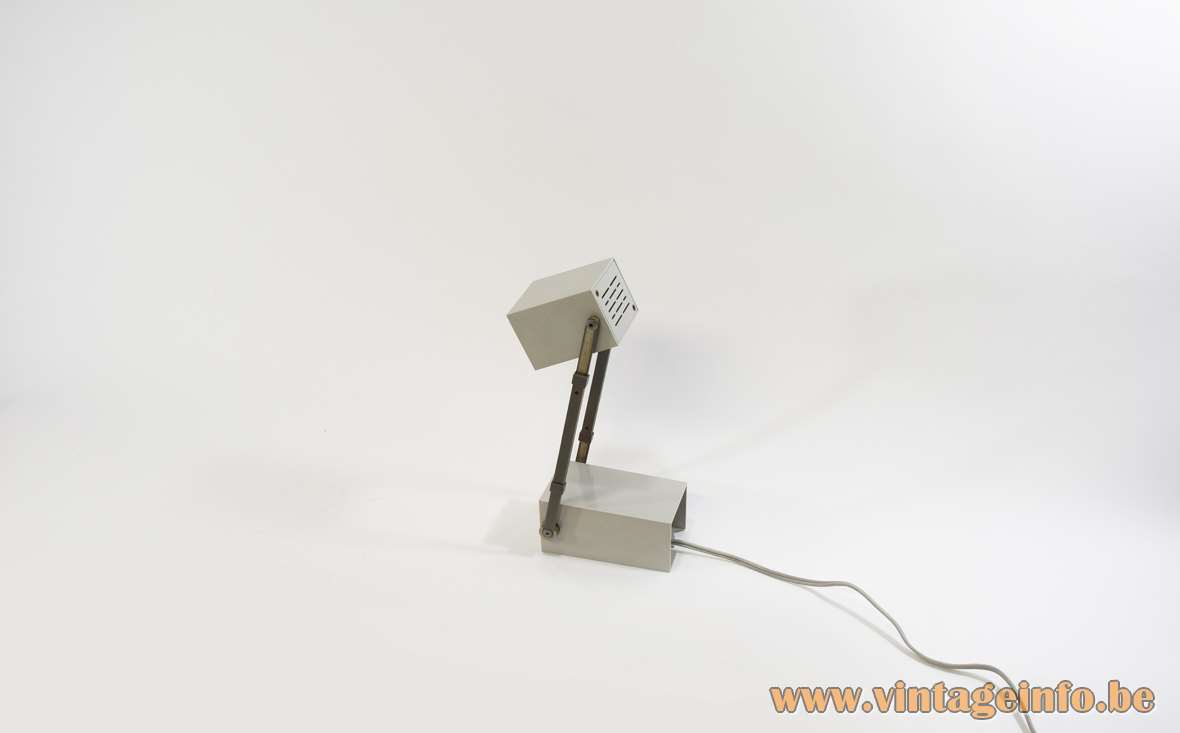 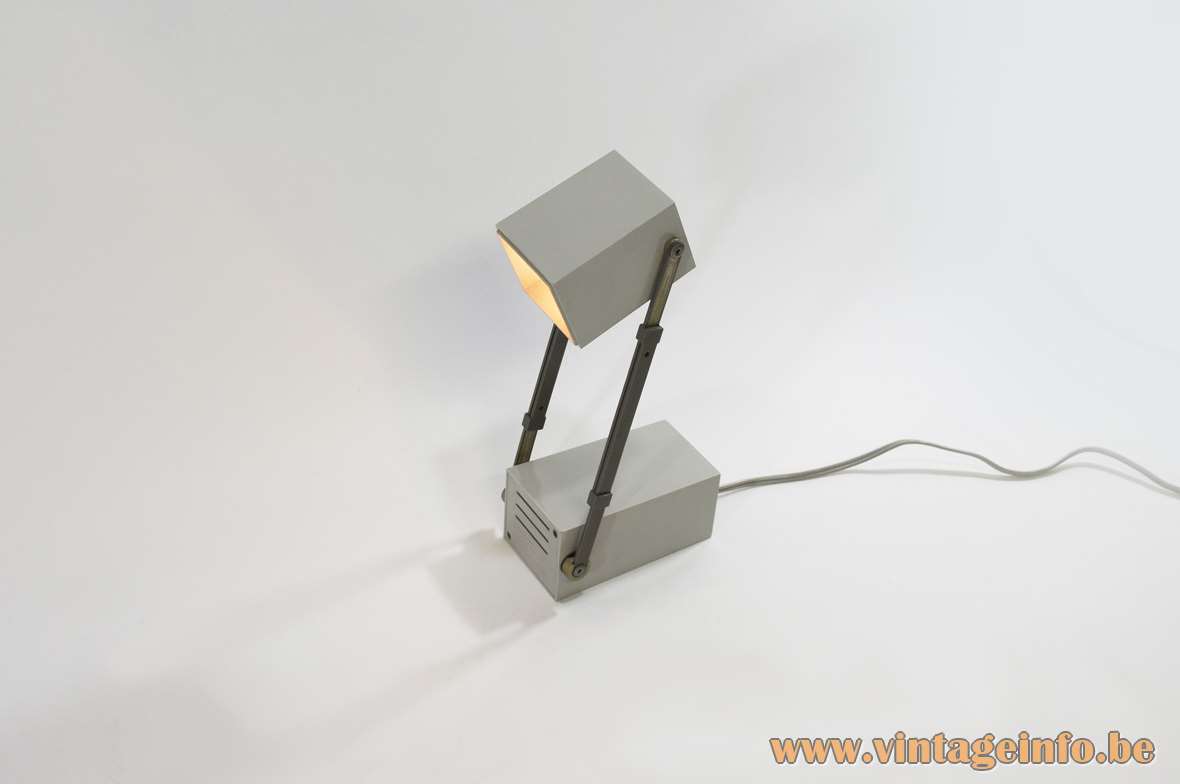 Other versions: This LamPetit table lamp exists in black, orange and grey.

The switch on the back has 3 positions. Off, full power and half power. The same mechanism as on the Japanese Taki light Iris table lamp from that period.

LamPetit: Lampetit is the Finnish word for wall lamp or sconce. This lamp was intended to use as a wall lamp. In the bottom there is a recess provided to hang it on the wall. Most people use it as a bedside or desk lamp. Lampe Petite is also French for small lamp.

The LamPetit table lamp received an iF Design Award in 1971.

This table lamp is often attributed to Verner Panton, but it is not. Bent Gantzel-Boysen (1930-2008) designed this lamp. It was for the first time published in a lamp catalogue of Louis Poulsen in 1966. Bent Gantzel-Boysen was head of Louis Poulsen’s own design team in the 70s, who stood behind lamps like the 1972 IT series and the PH 80 table and floor lamps, drawn in 1974, to celebrate Poul Henningsen’s (1894 – 1968) 80th birthday.

Later in the 70s Bent Gantzel-Boysen went on to draw lamps for IKEA. One of the more spectacular from 1983 was the Duett pendant lamp with six coloured metal screens. You can find it over here. 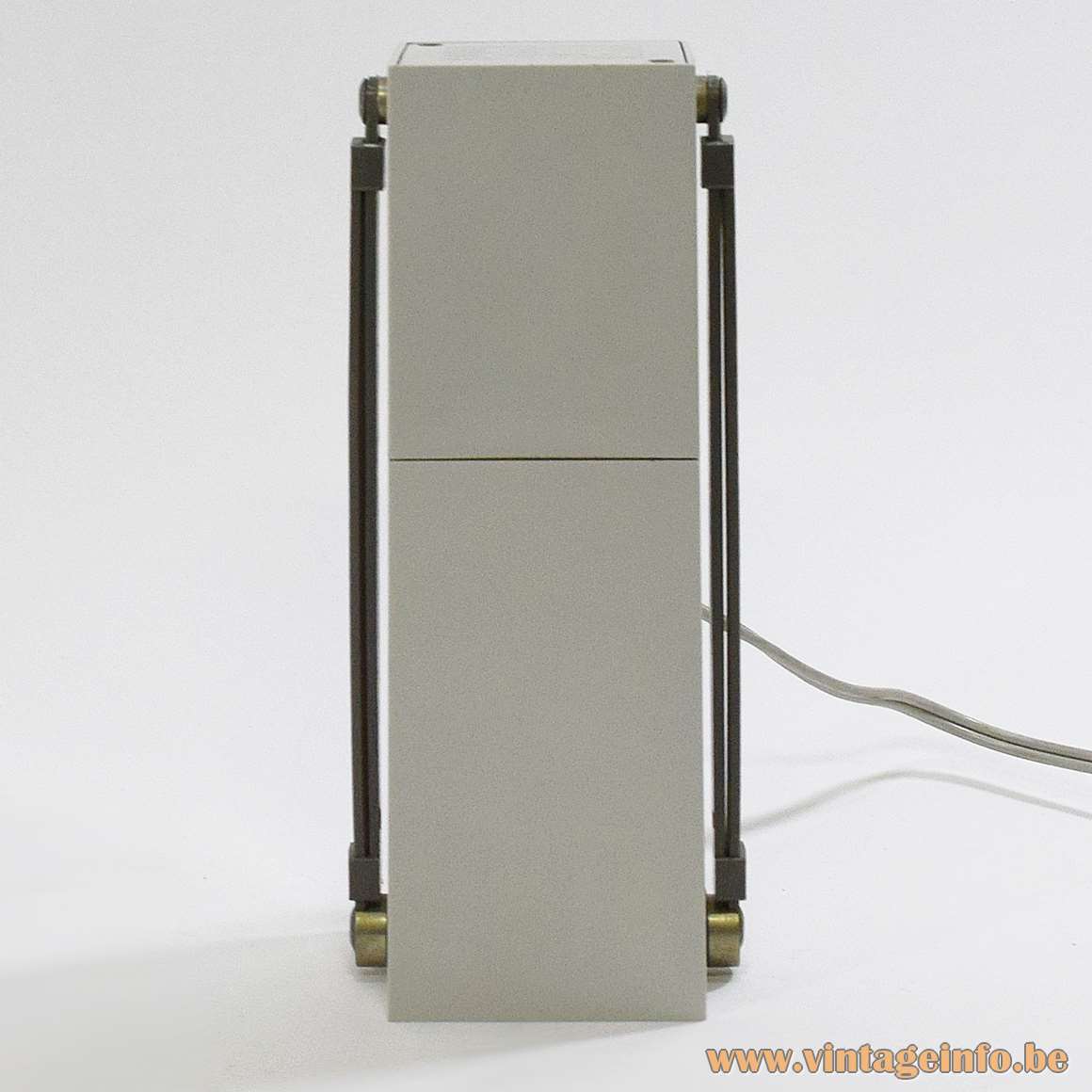 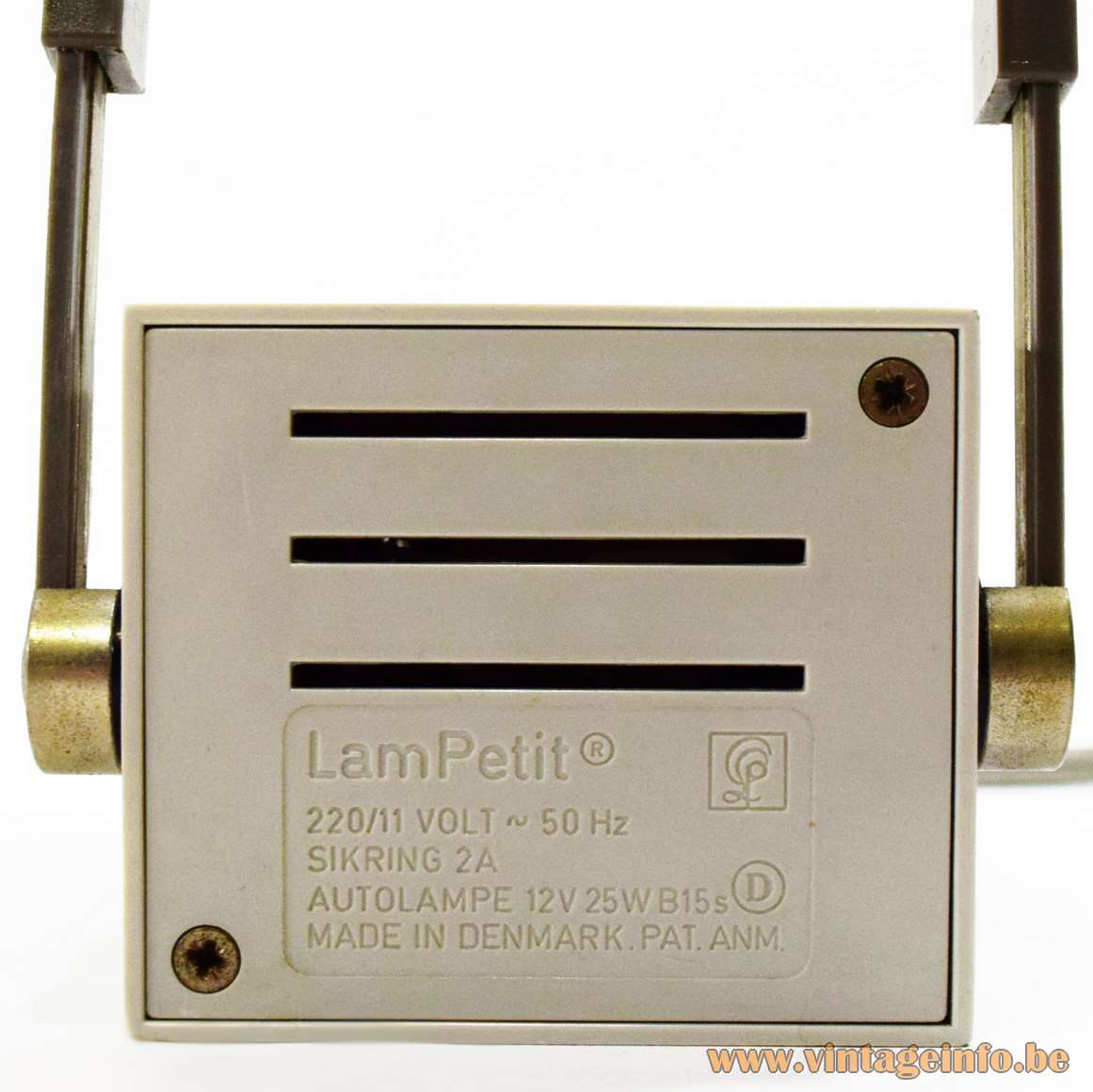 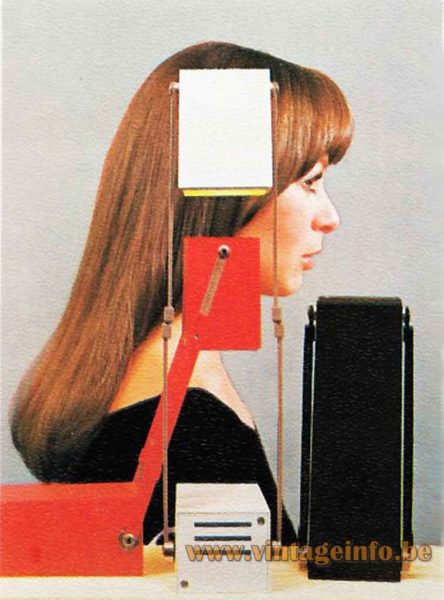 Many thans to Kurt from lampesamleren.dk for the enlightening information.