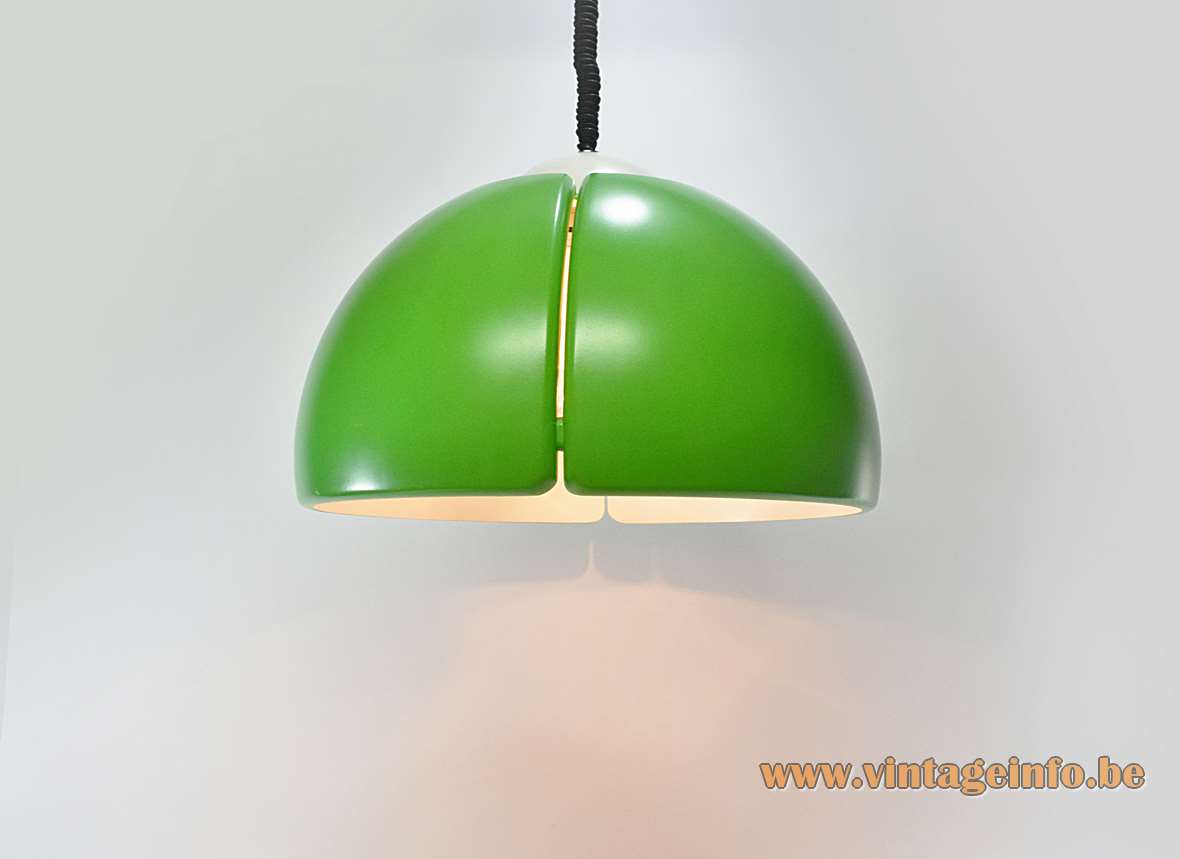 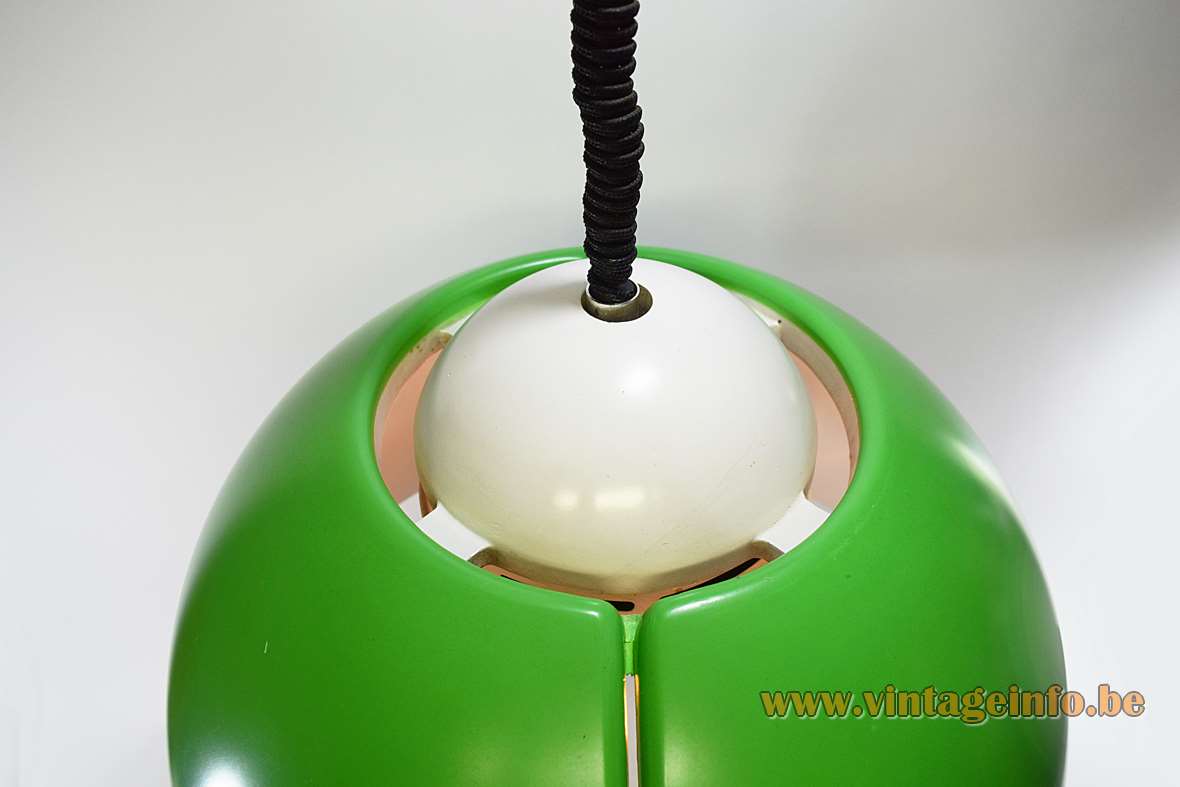 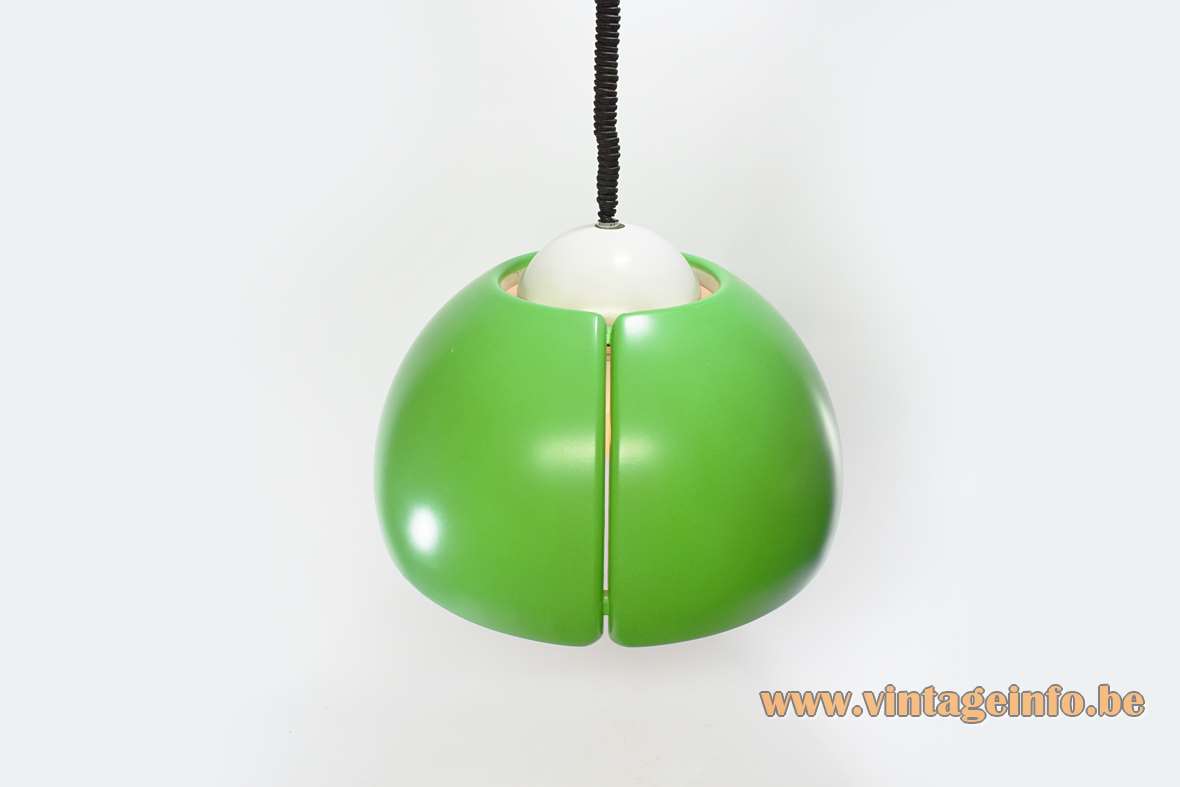 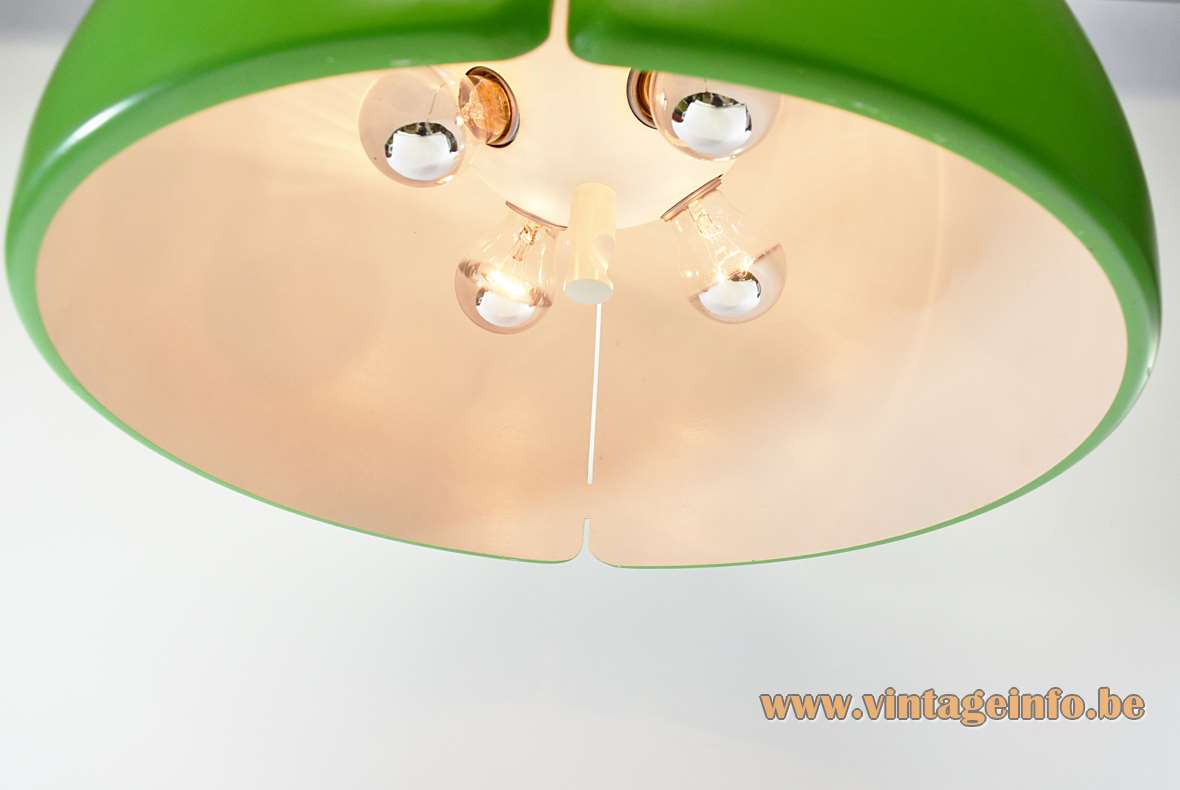 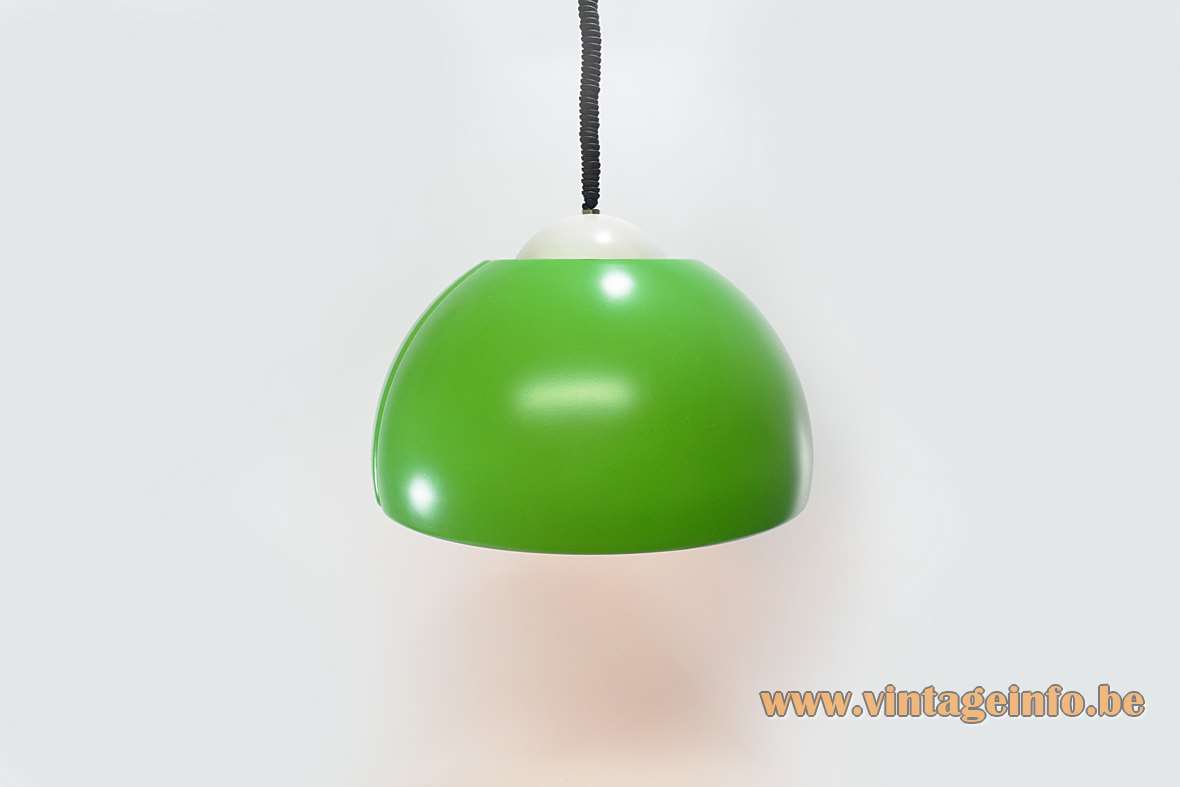 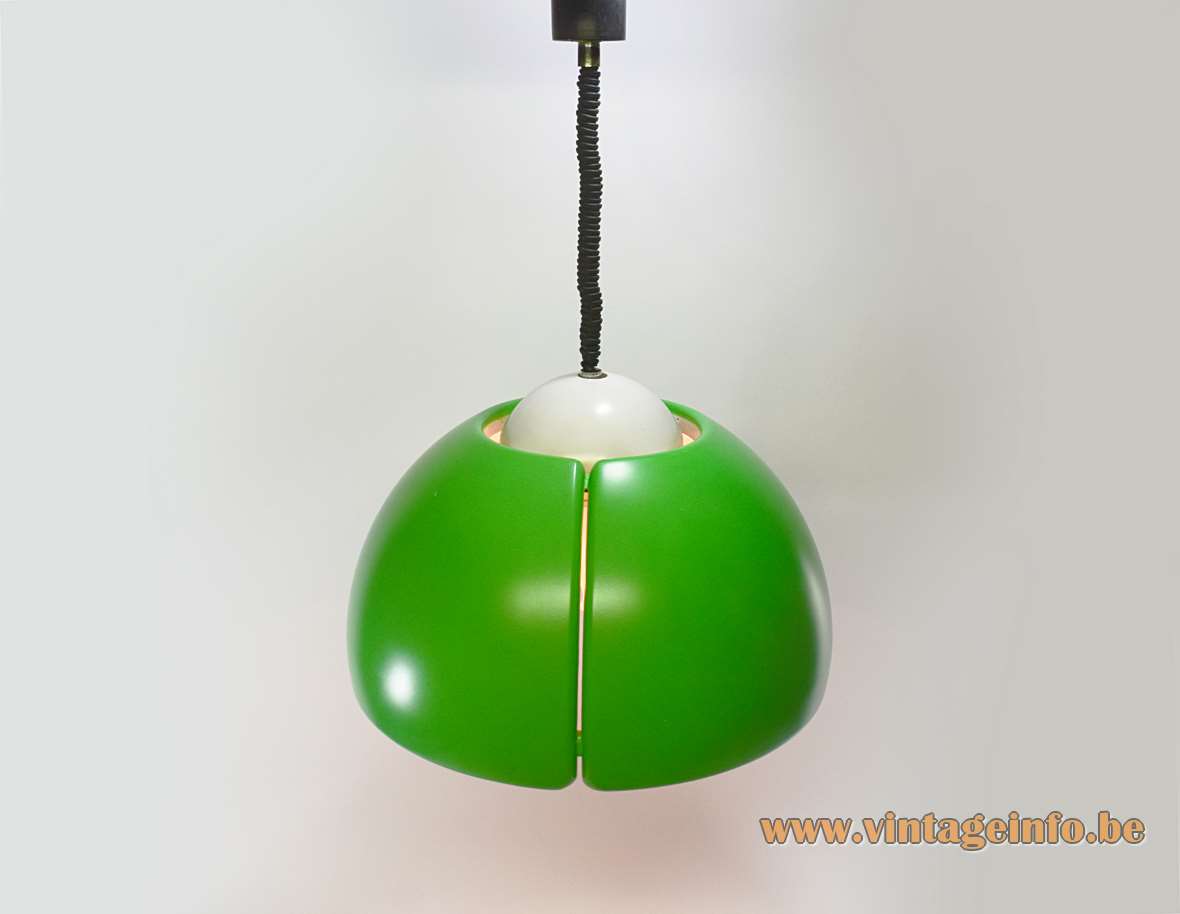 These lamps received the iF Design Award in 1974. (discipline: product) 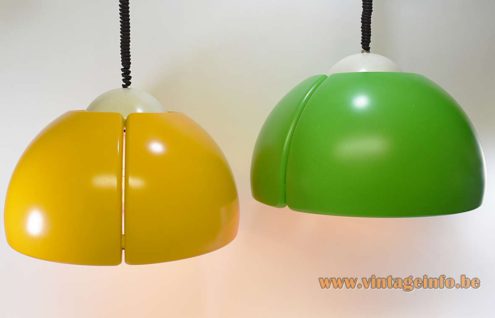 These pendant lamps on the iF Design Award website

Materials: Big green painted polyester round mushroom lampshade. White painted on the inside and white painted on top. Some metal and aluminium parts. Rise & Fall mechanism made by the Italian Rolly company in 1973 (green lamp) and 1974 (ocher/yellow lamp). 4 metal E27 sockets.

Other versions: This Temde-Leuchten pendant lamp exists in several colours. You can find them at least in yellow, green and orange. They exists as pendant lamps with 1 E27 socket, the size is the same. Also produced for a rail mechanism.

Fritz Müller (1889-1964), son of a furniture maker from Lipperland founded the firm in 1911 under the Temde company, abbreviated by Theodor Müller, father of the company founder.

Two different labels; the green lamp has the label 706, the ocher/yellow one 784. Probably somebody did something wrong in the factory, because 4 x 150 watt is impossible for use with this type of wiring. 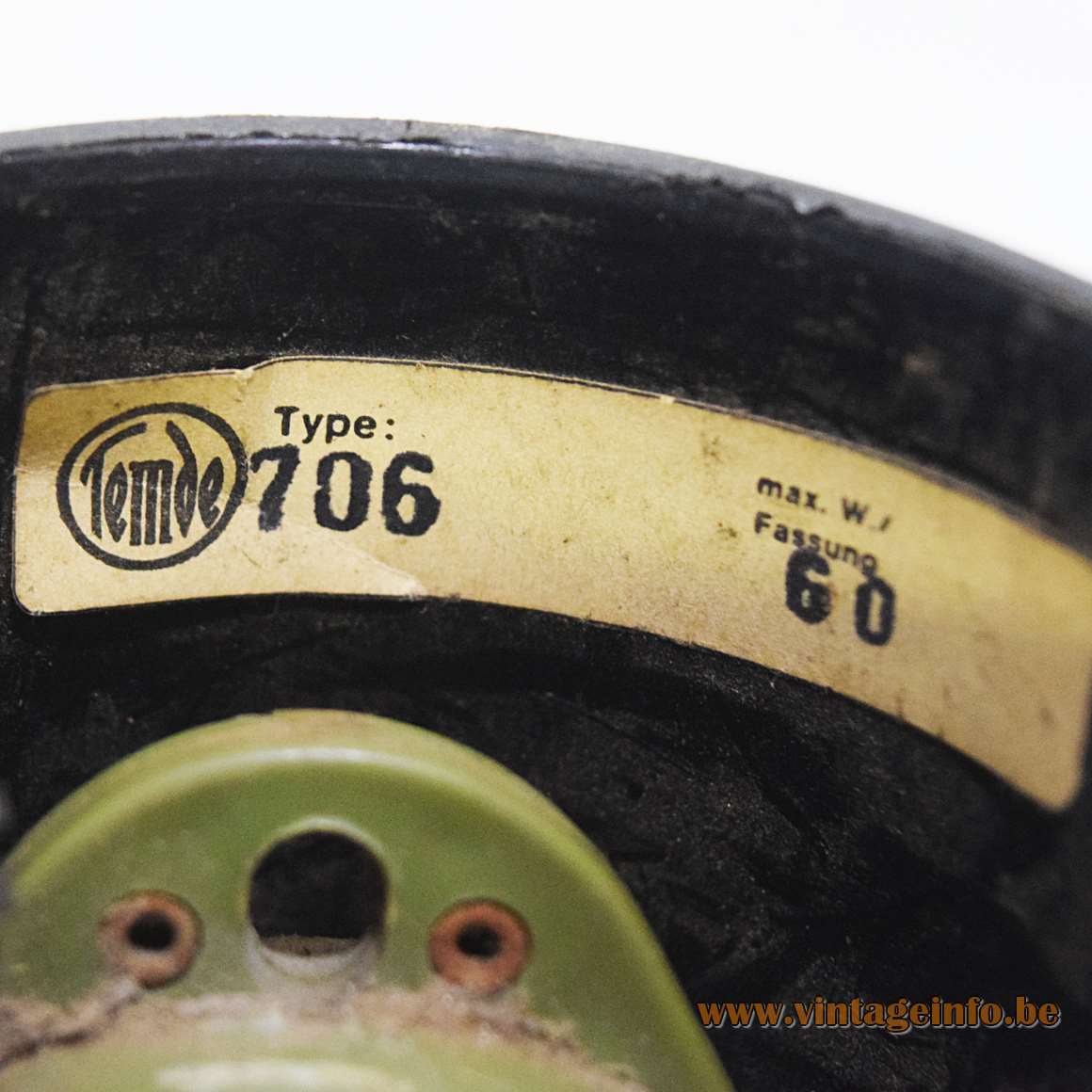 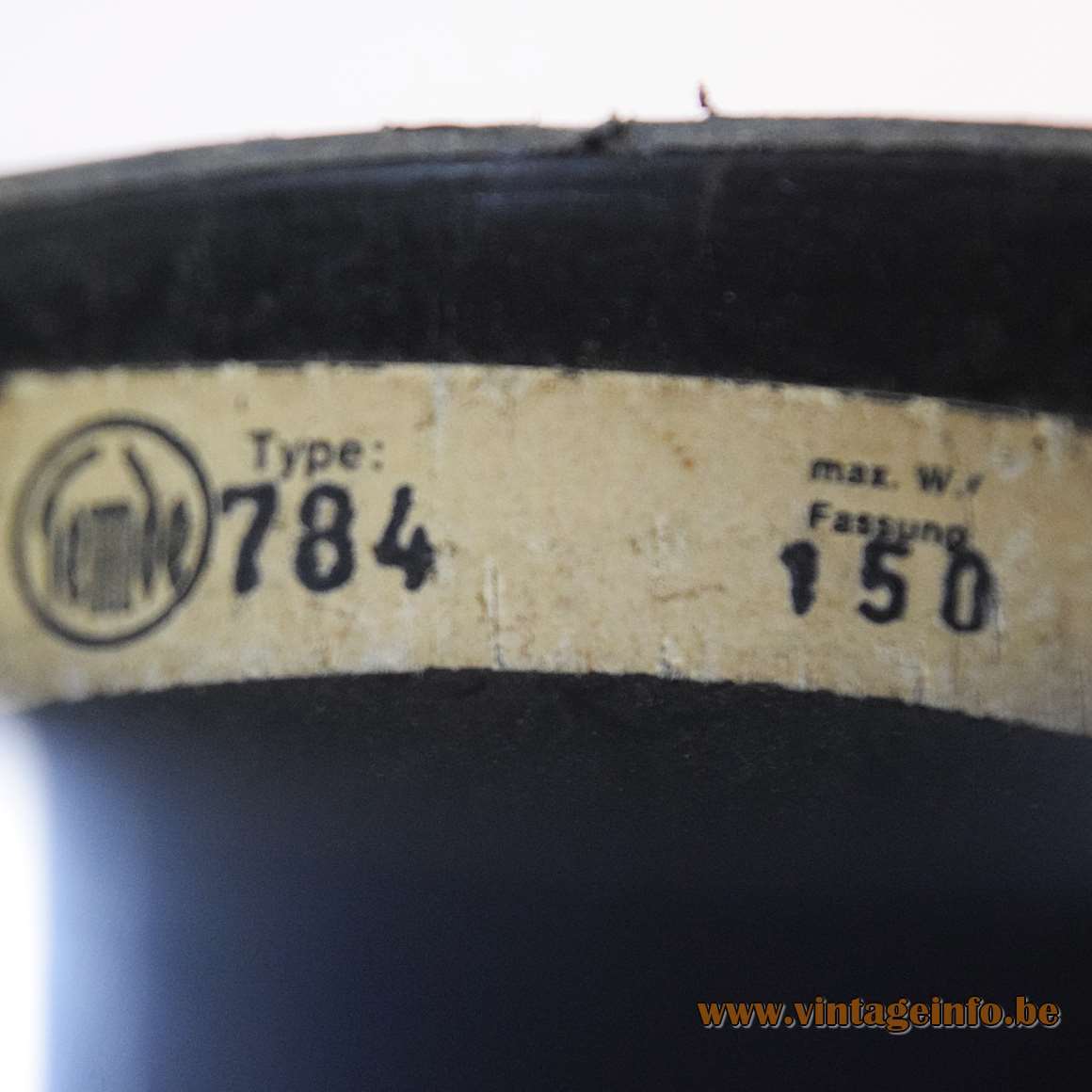 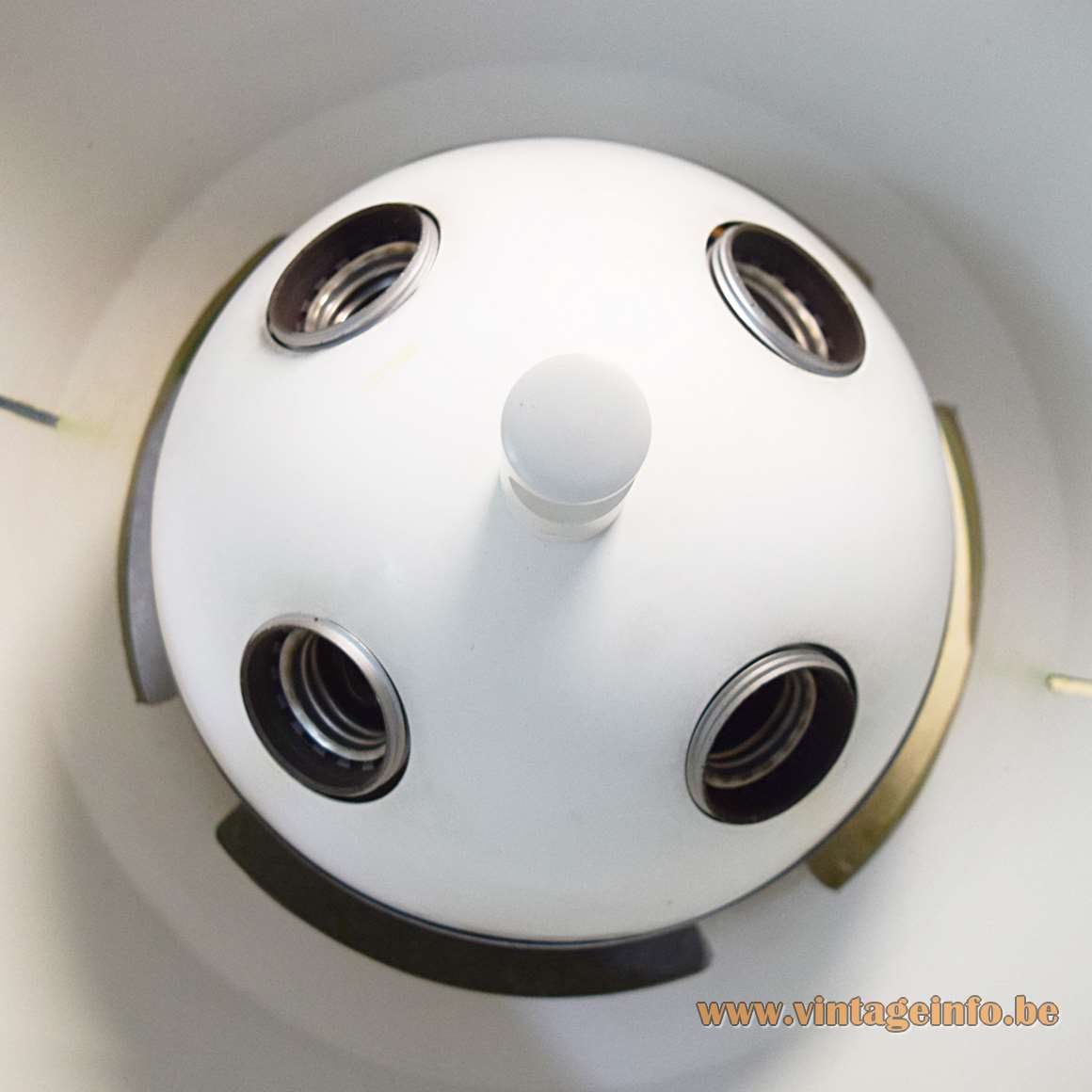 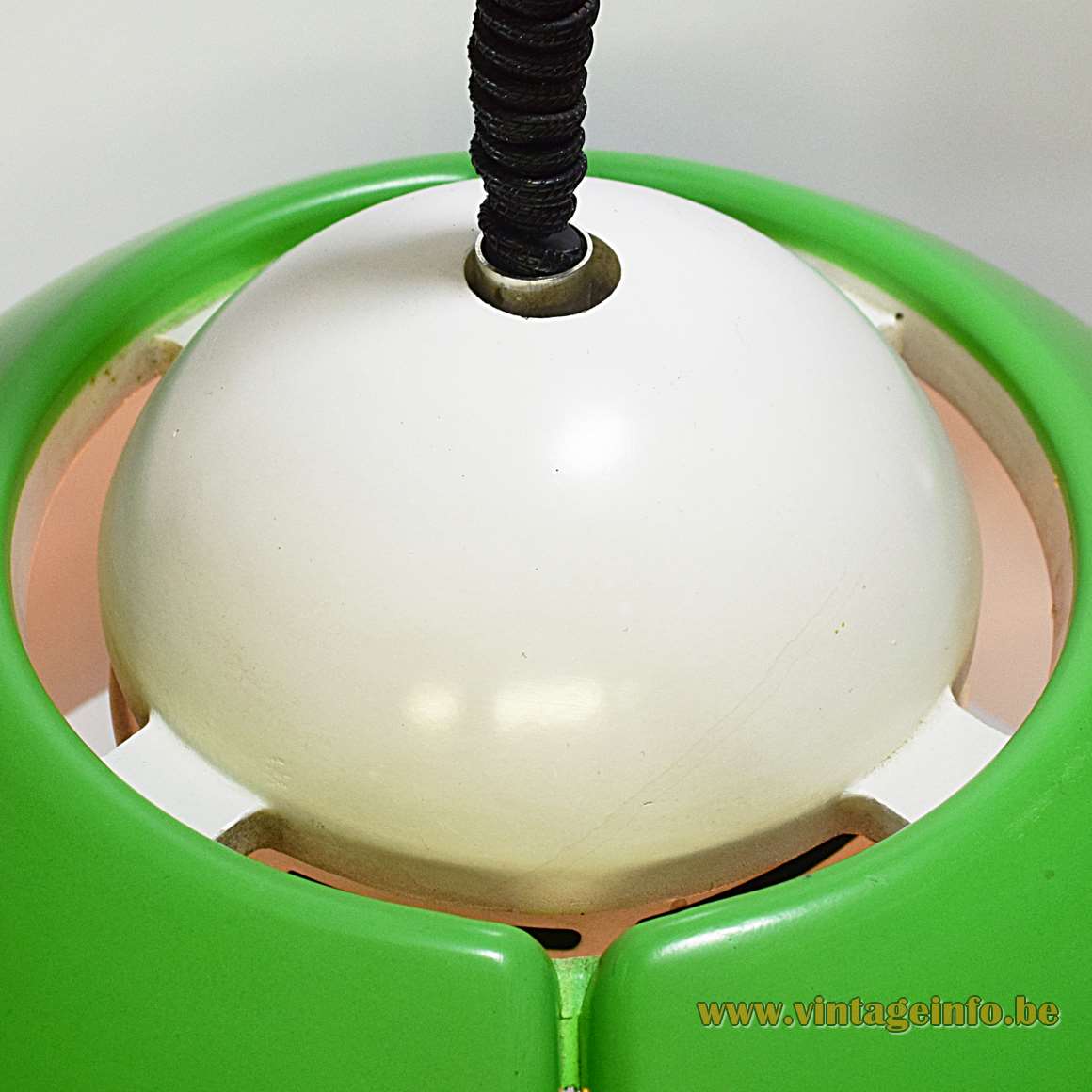