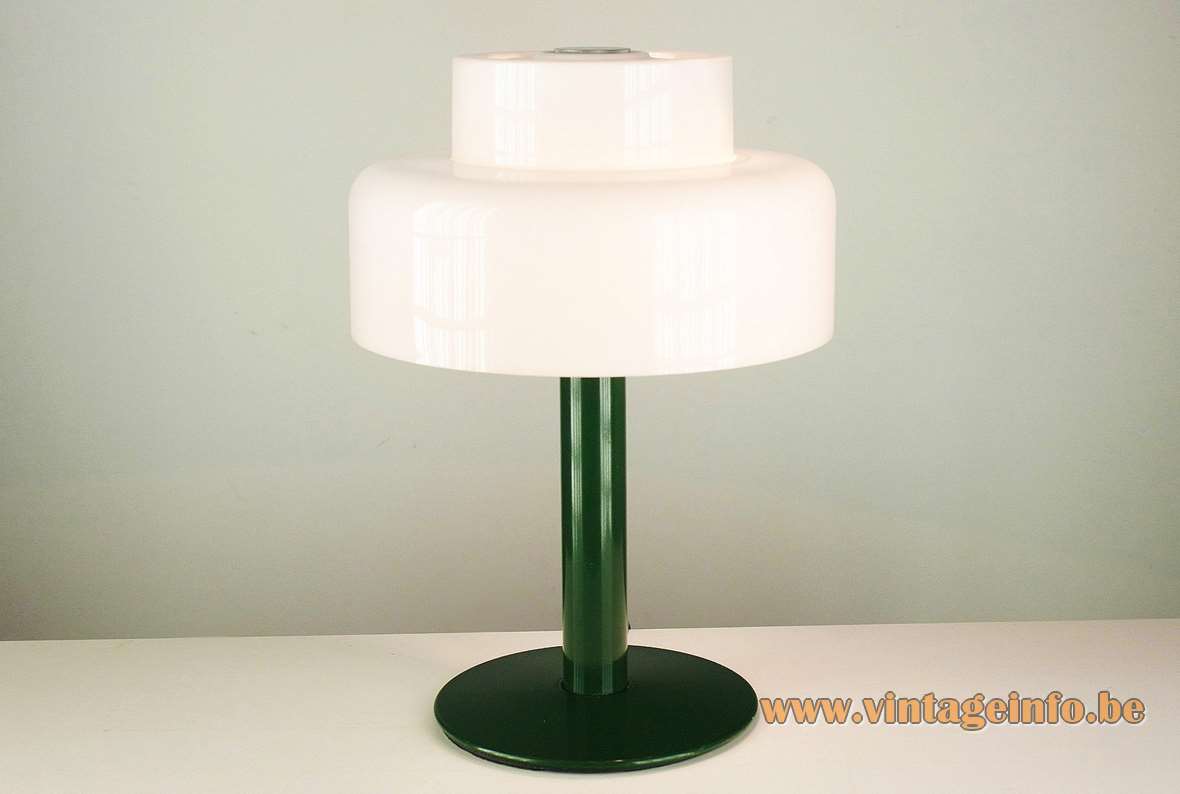 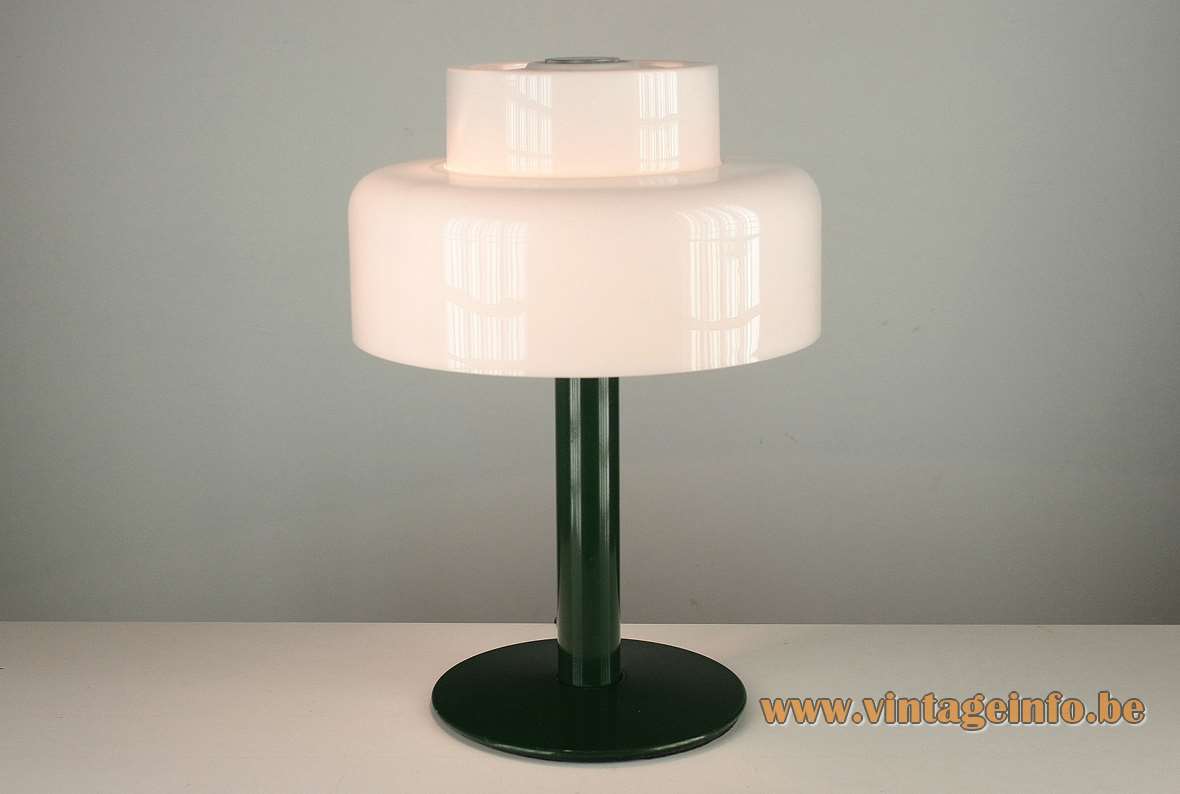 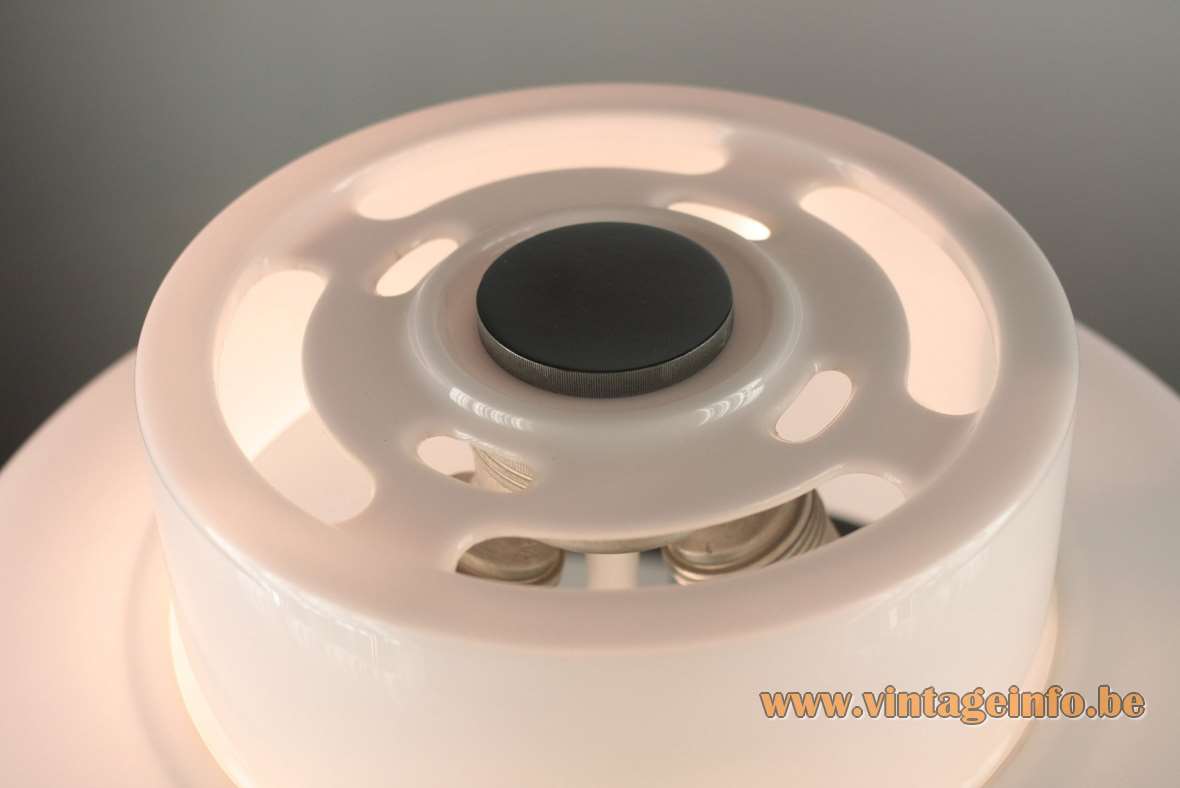 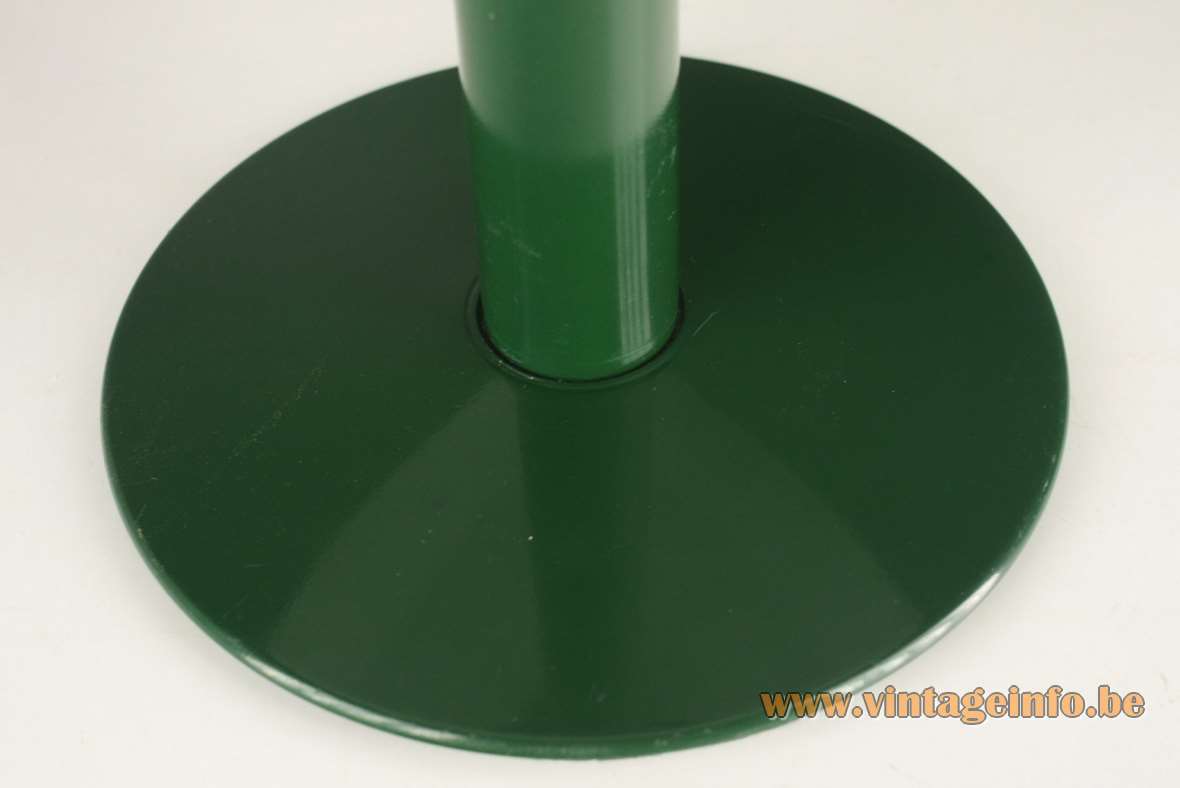 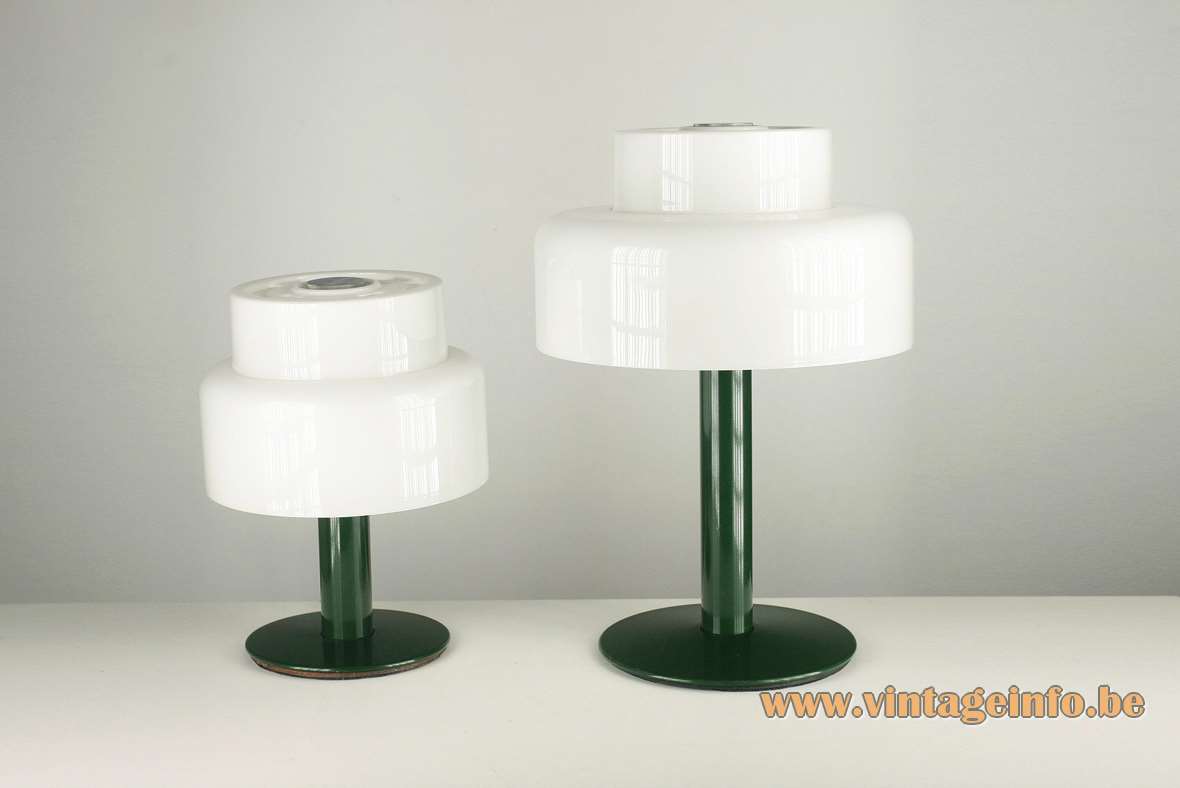 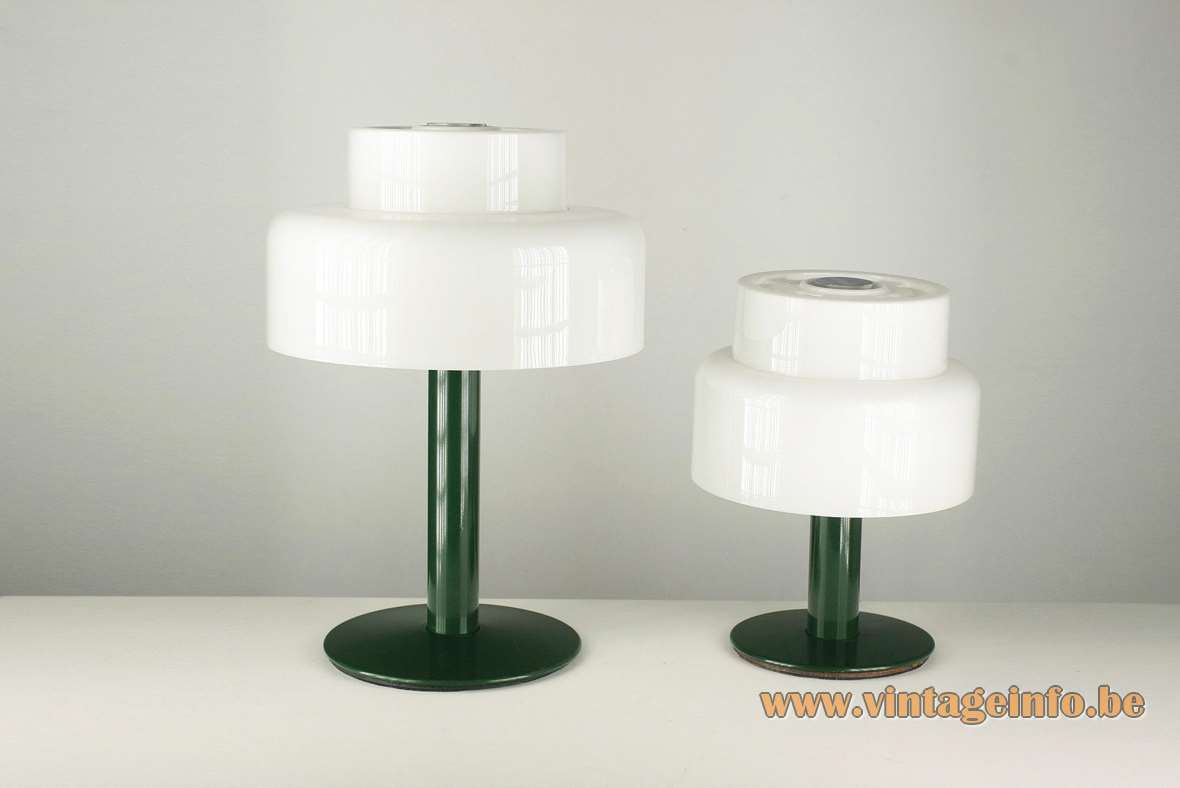 Other versions: This Codialpo acrylic table lamp exists in two versions and as a floor lamp. Produced in several colours.

Codialpo was founded in 1969 by Pere Alegrí i Navarro and three enterprising friends coming from different labour sectors. This experience, which started as a game, soon became a solid and successful company located in La ruta de les Monges (The route of the Monges), Barcelona.

The progressive growth of the company made them move to a new building in the Carrer del Segle XX (Twentieth Century Street) and, soon afterwards, to Carrilet Avenue (Train Street), in L’Hospitalet de Llobregat, where the company remained for 25 years.

In L’Hospitalet, the company expanded and increased and diversified their range of products, succeeding in the manipulation of acrylic.

In 1994, Codialpo moved to Corbera de Llobregat. The name changed into Alegrí i Fills (Alegrí and children) when the sons of one of the founding members, Pere Alegrí, joined the board of directors. The brand name Codialpo was retained.

Codialpo‘s website was active until 2011. In all probability Codialpo ended business around the same period.