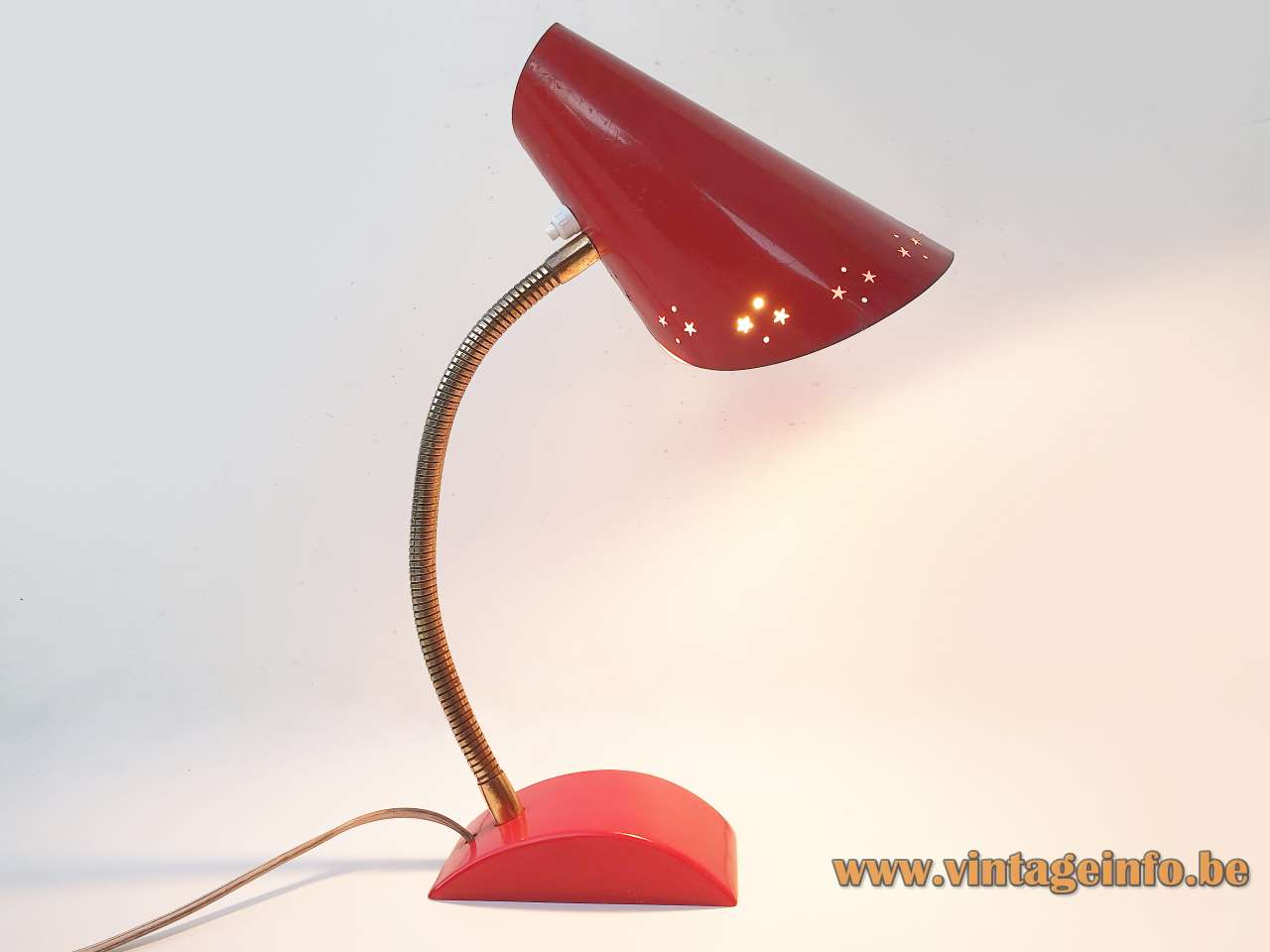 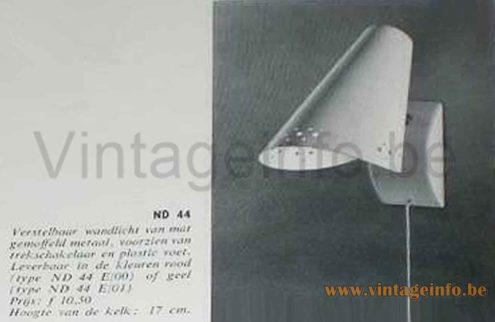 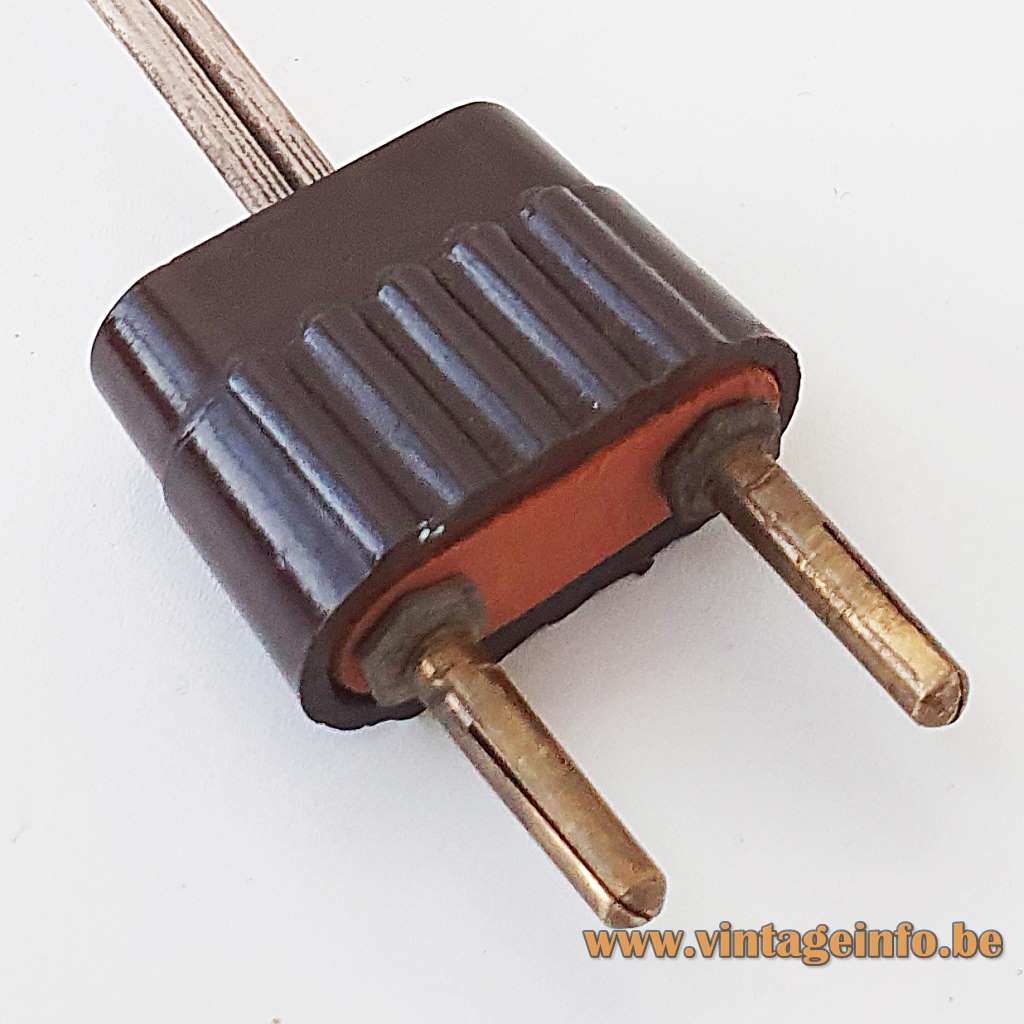 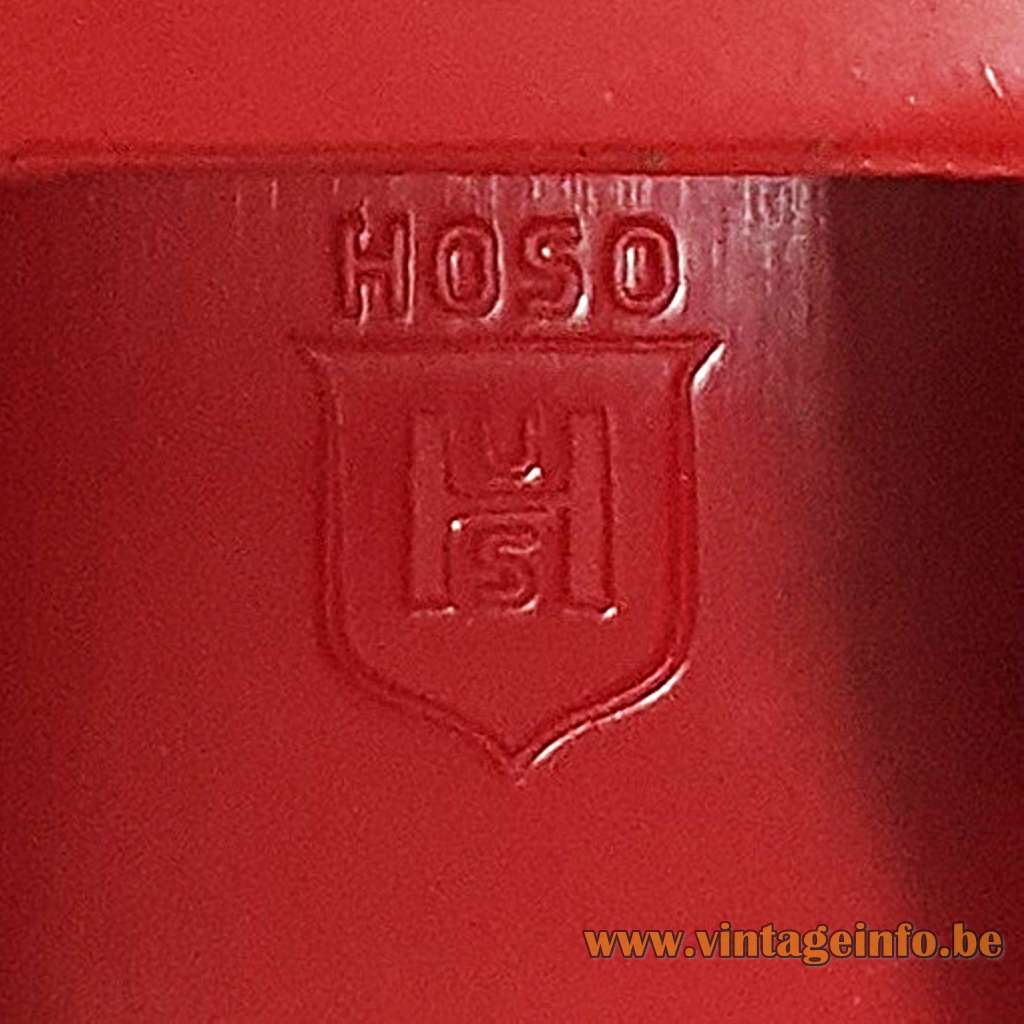 Other versions: This HoSo stars desk lamp exists in several colours. A recess is provided in the bottom of the base for use as a wall lamp. Several other lamps exists with this lampshade, including floor and wall lamps. Several other lamps were made with the same base, as you can see in the catalogue picture.

In The Netherlands these lamps were sold by Philips. They appear in the 1957 catalogue.

Made in the style of lamp model 0513, designed by Josef Hurka for Napako from the Czech Republic, the neighbour country of Austria. The lamp is named “the nun“, after the folded nun’s hood.

The Germans call this a tütenschirm lamp. Tütenschirm is a cone screen.

VLM Components was founded in 1945 in Buccinasco, a small village near Milan, Italy. VLM Components is part of the Relco Group, founded in 1967. Today they are the owners of the brands Relco, Leuci, Relco Lighting, VLM Components and Segno. The switch on this table lamp is model 450; the small model of the famous switch designed by Achille Castiglioni in 1968. 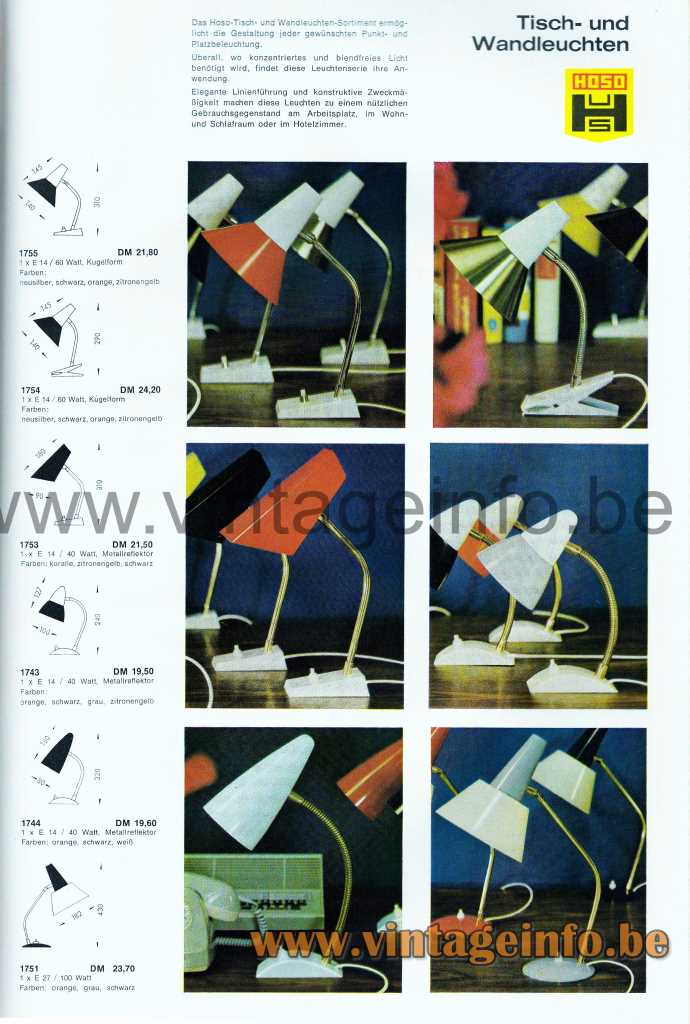