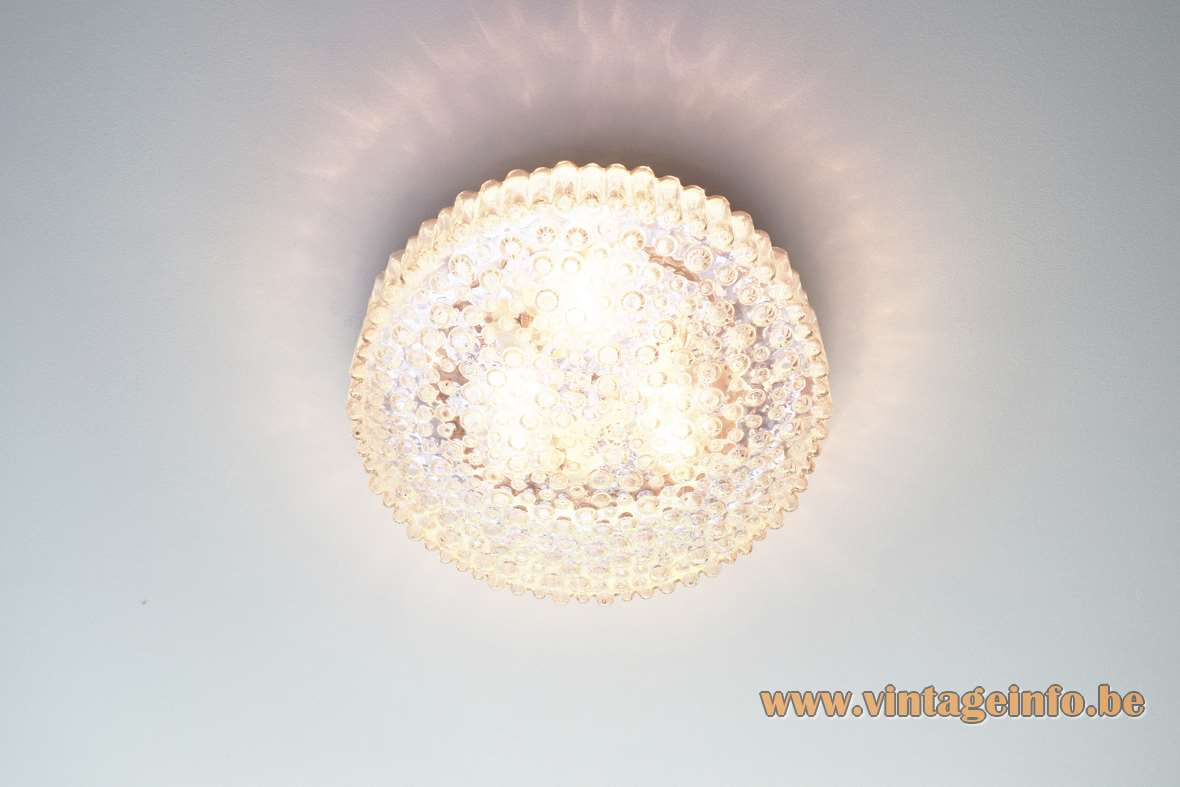 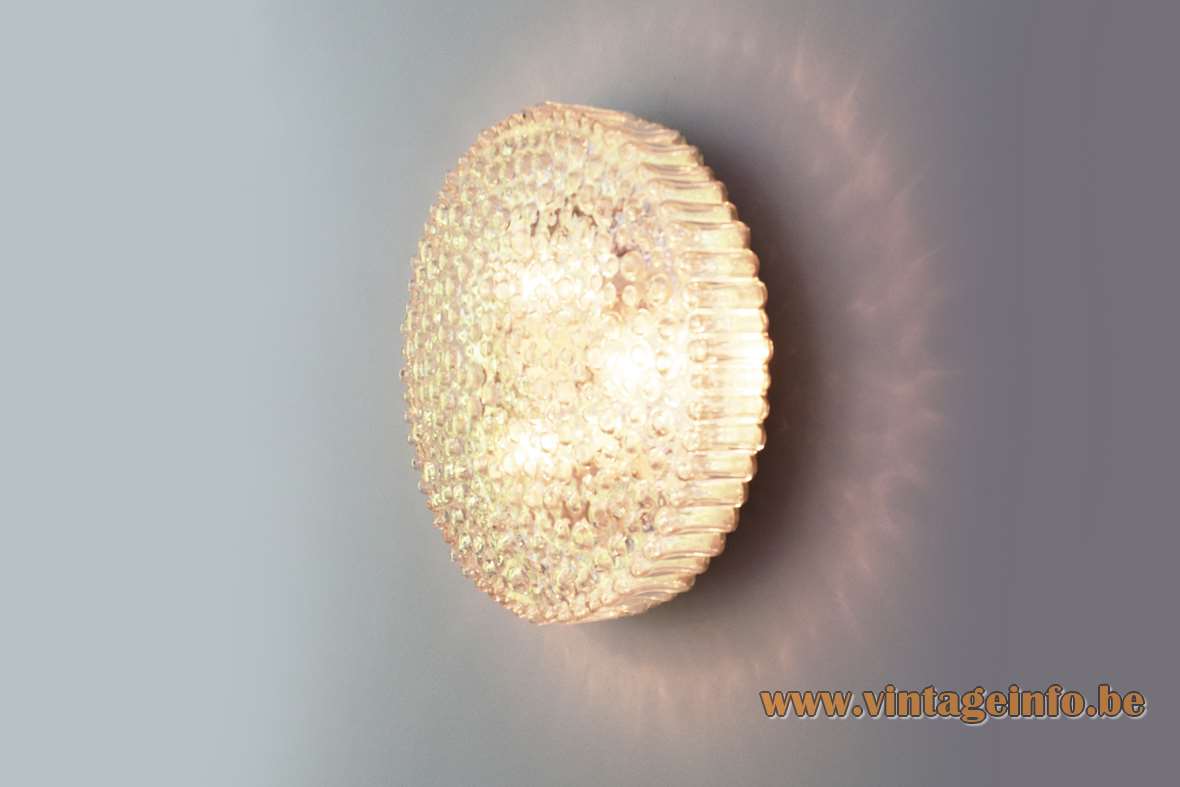 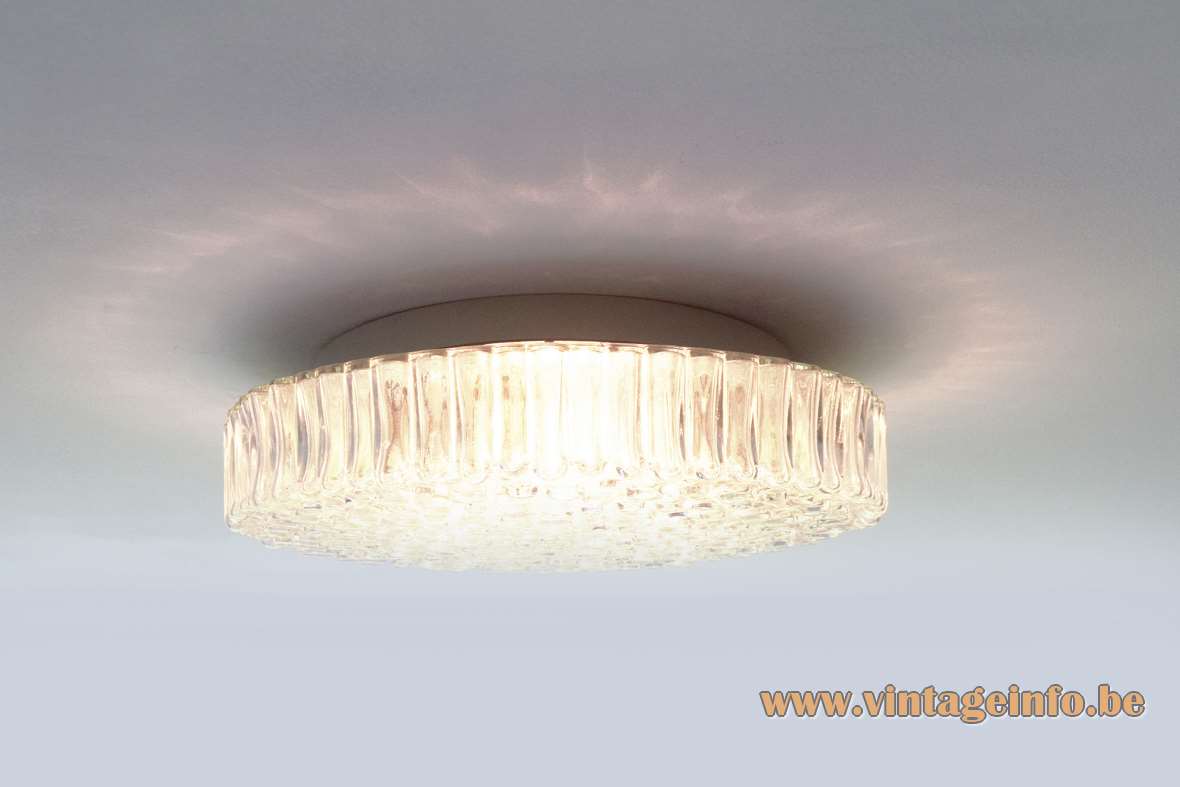 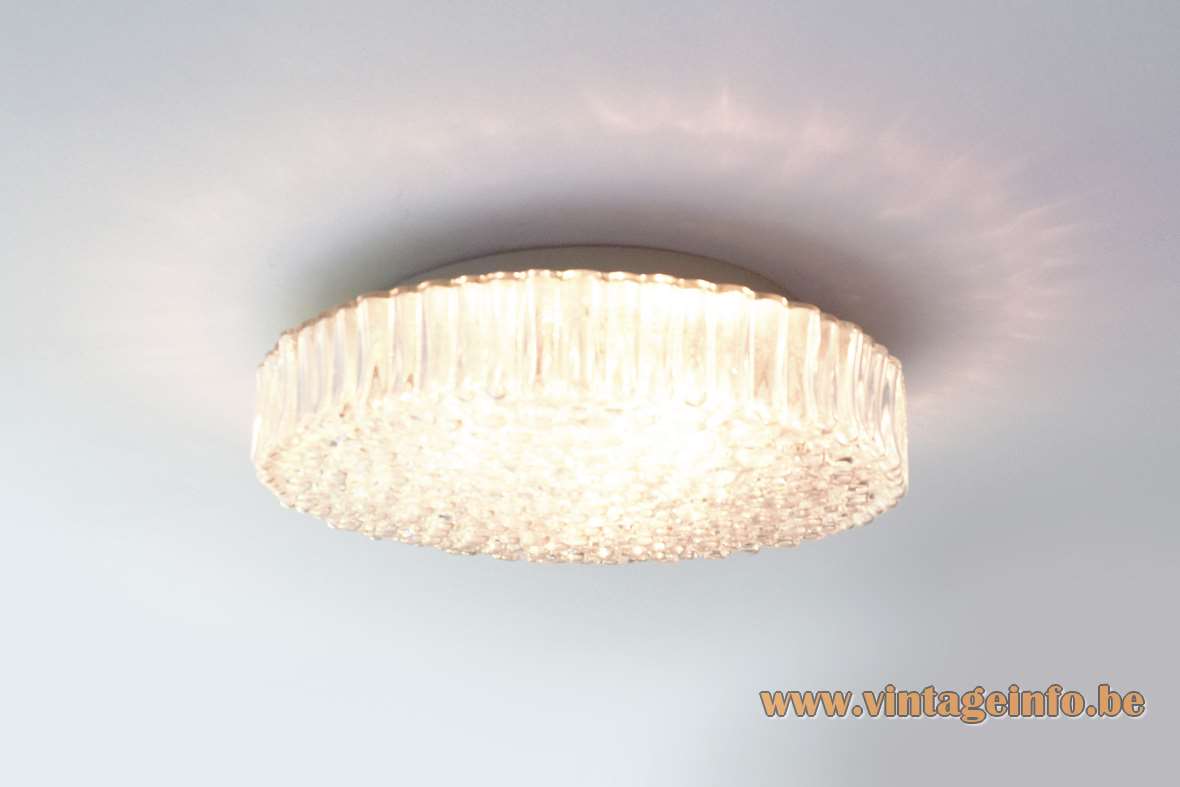 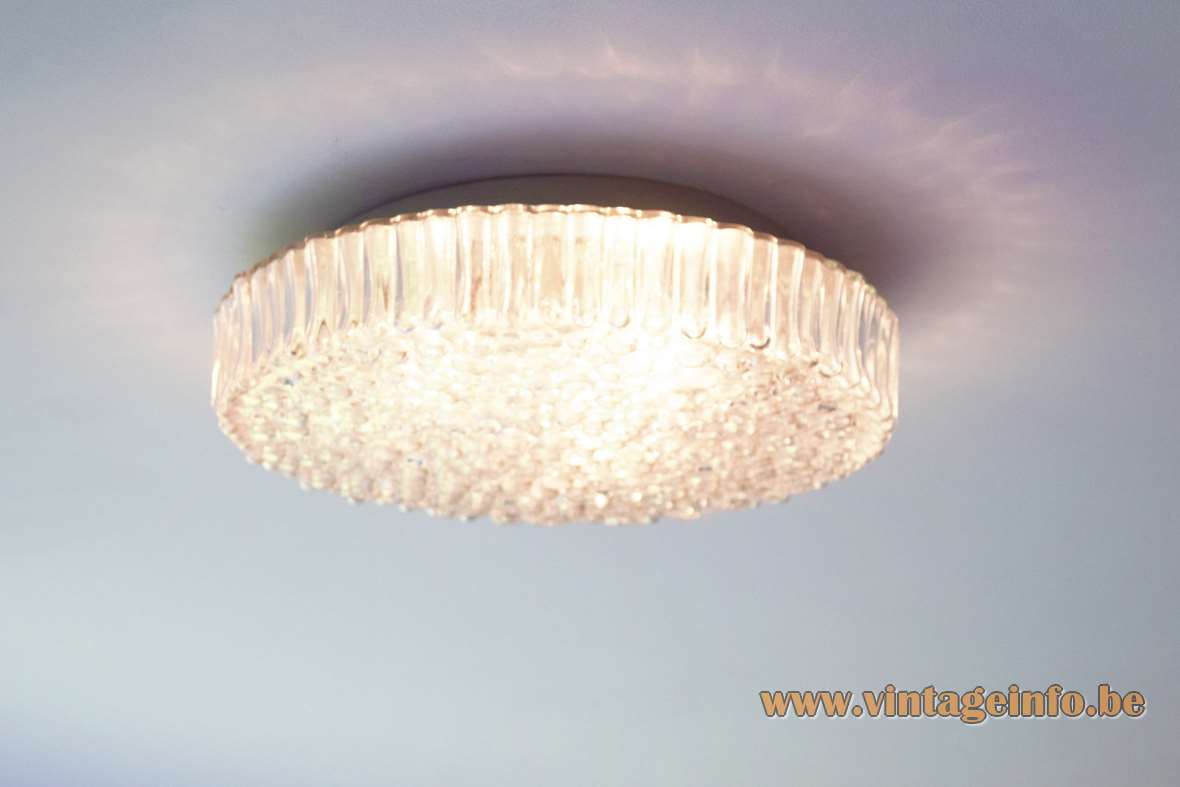 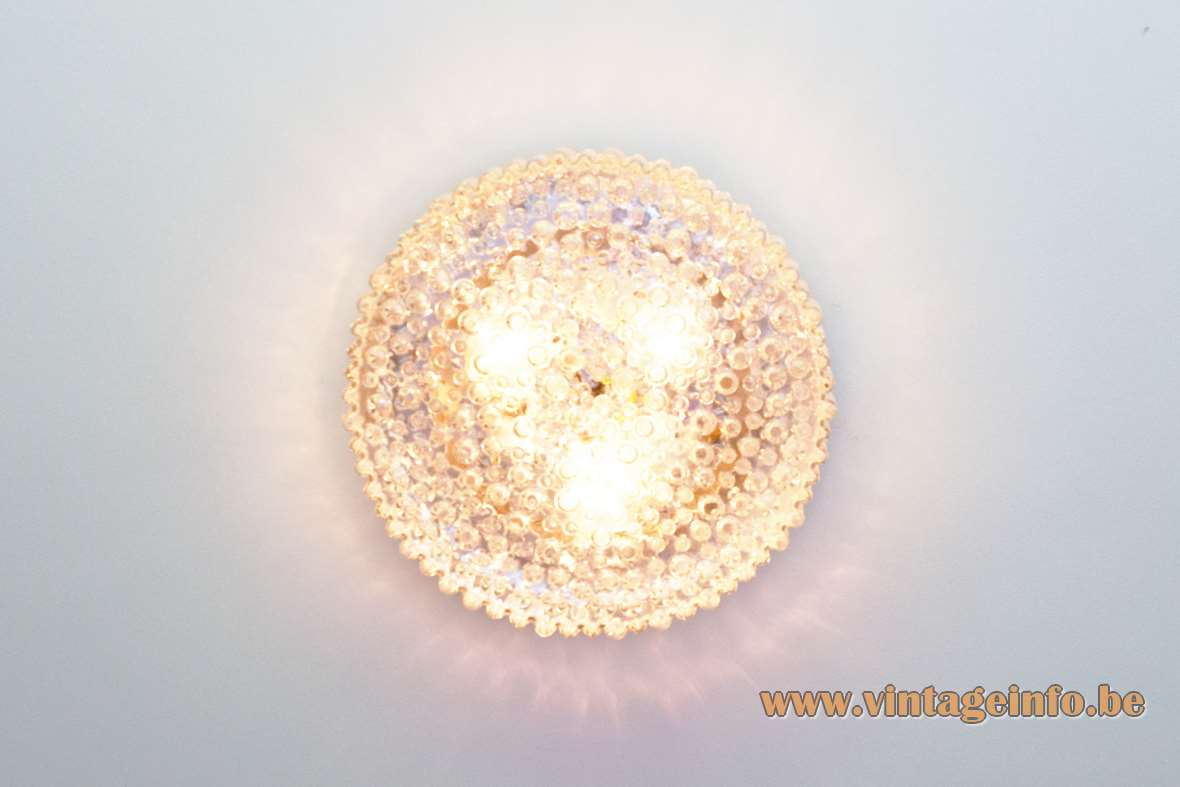 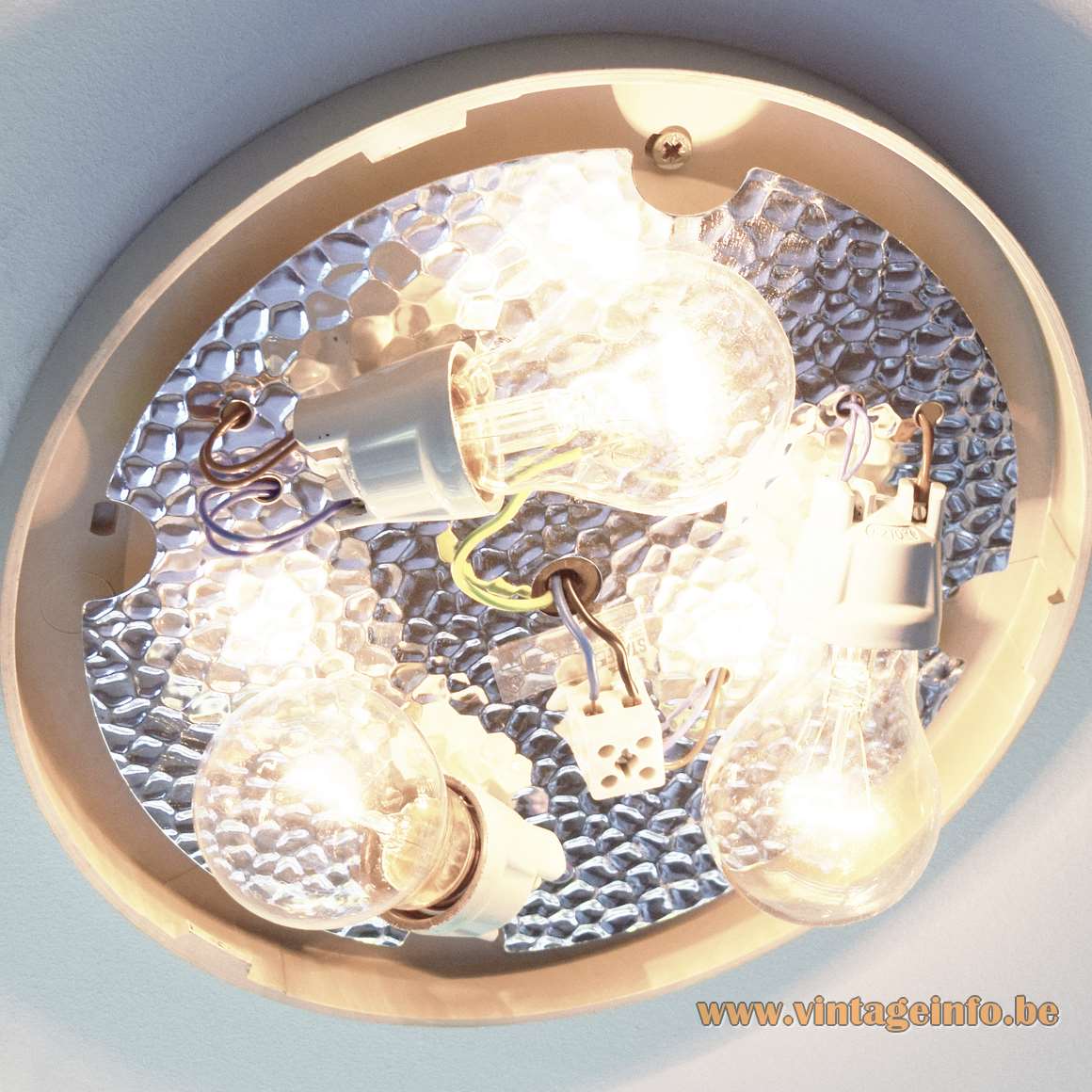 Often attributed to Helena Tynell, but here bubble lamps are different. She designed bubble lamps for Glashütte Limburg in the 1960s, another famous German light company. More info about those lamps can be found here on Vintageinfo.

These lamps were made for a very long time, they were a big success. They were produced from the 1960s until the 1980s with some slight variations. Several bubble lamps from Staff are on display here on Vintageinfo.

This flush mount or wall lamp has won an iF-design award in 1967. It can be found here on the iF-design website: model 7006