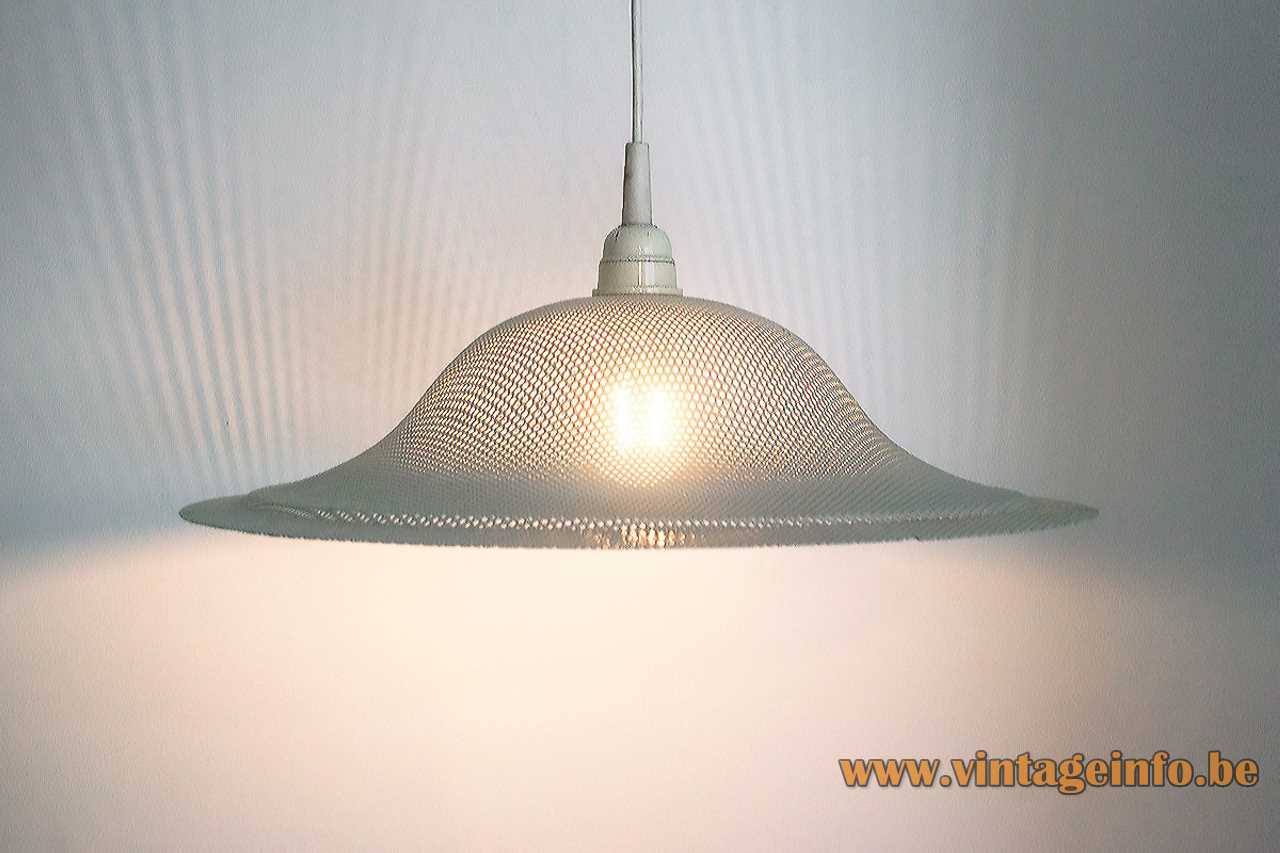 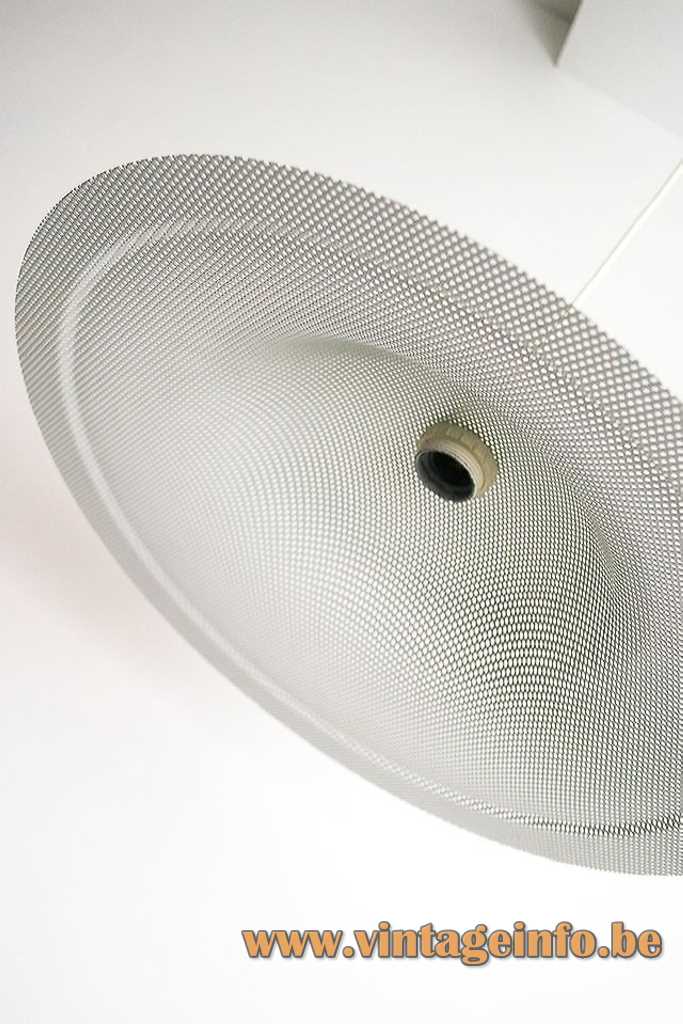 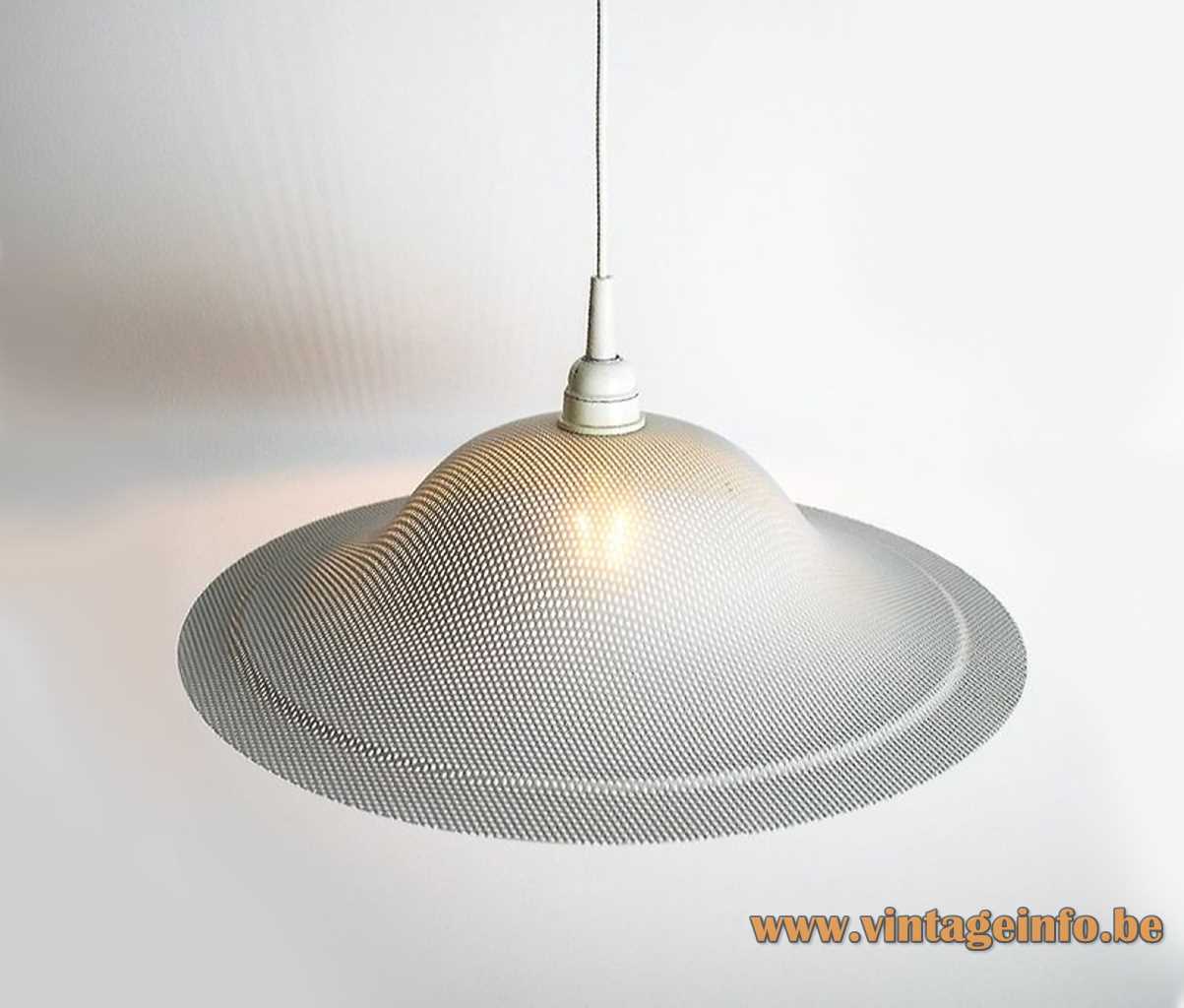 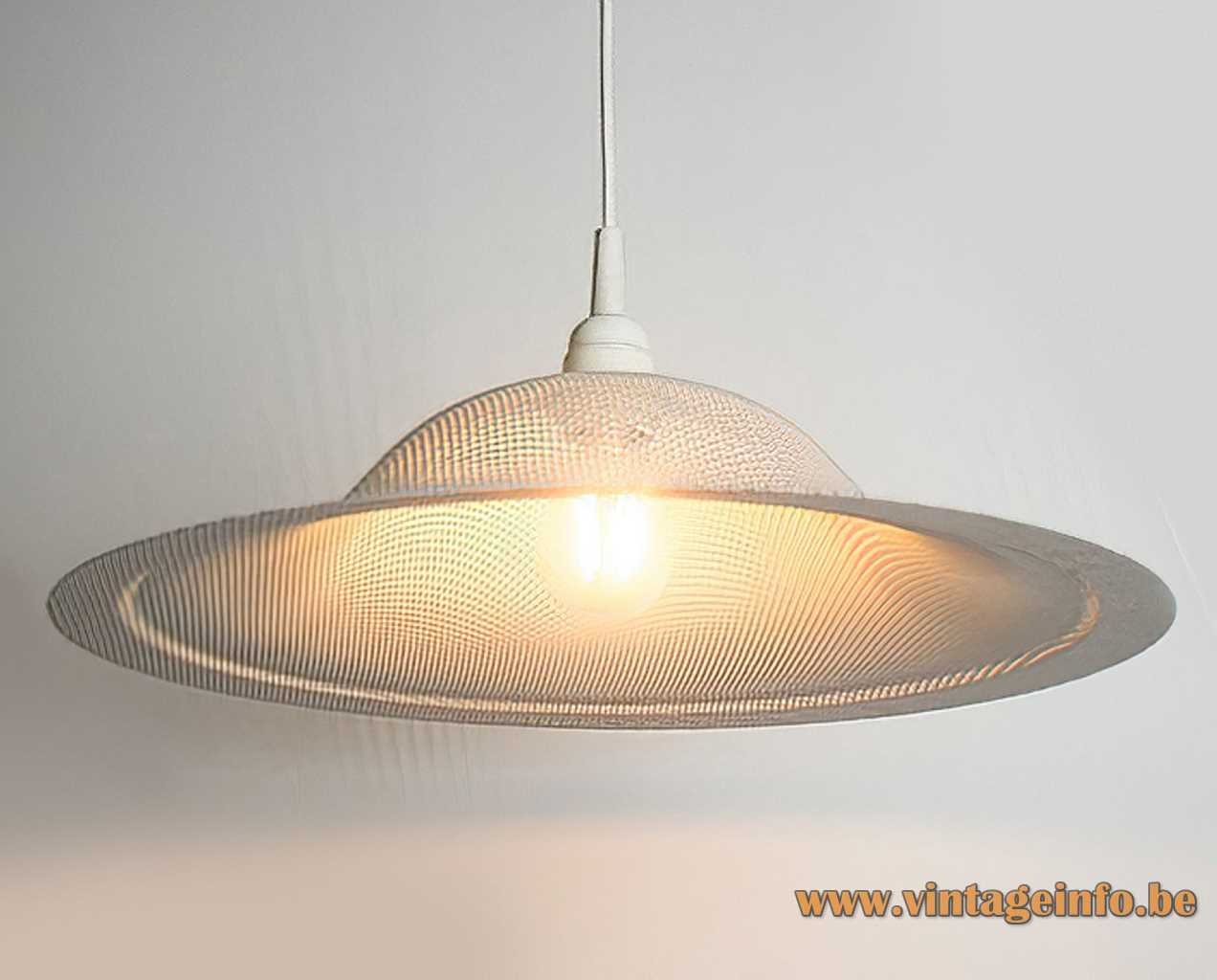 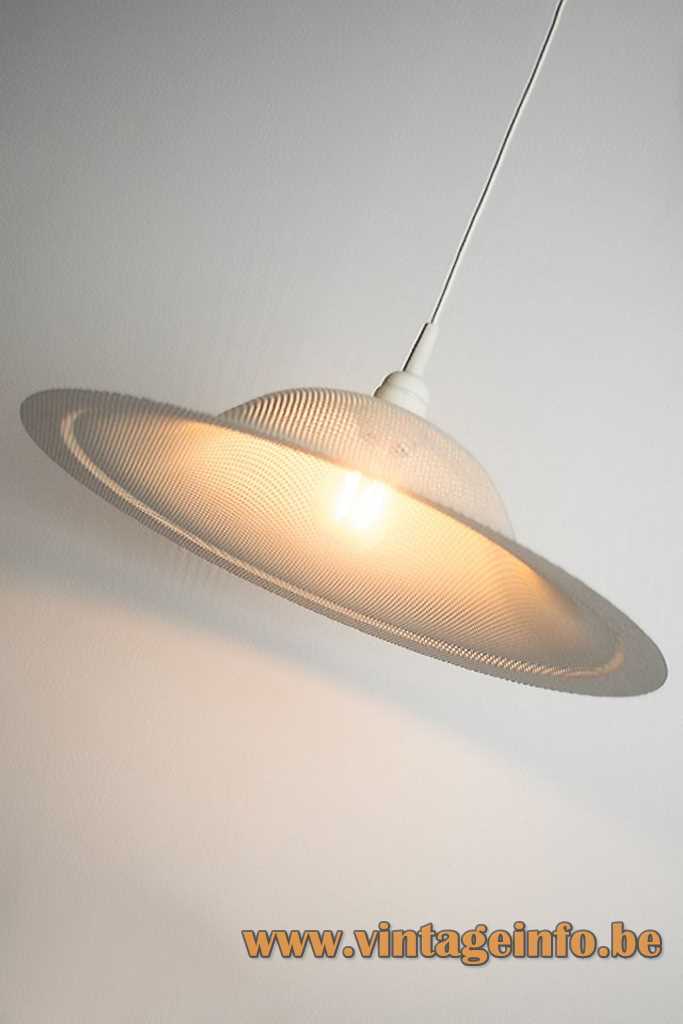 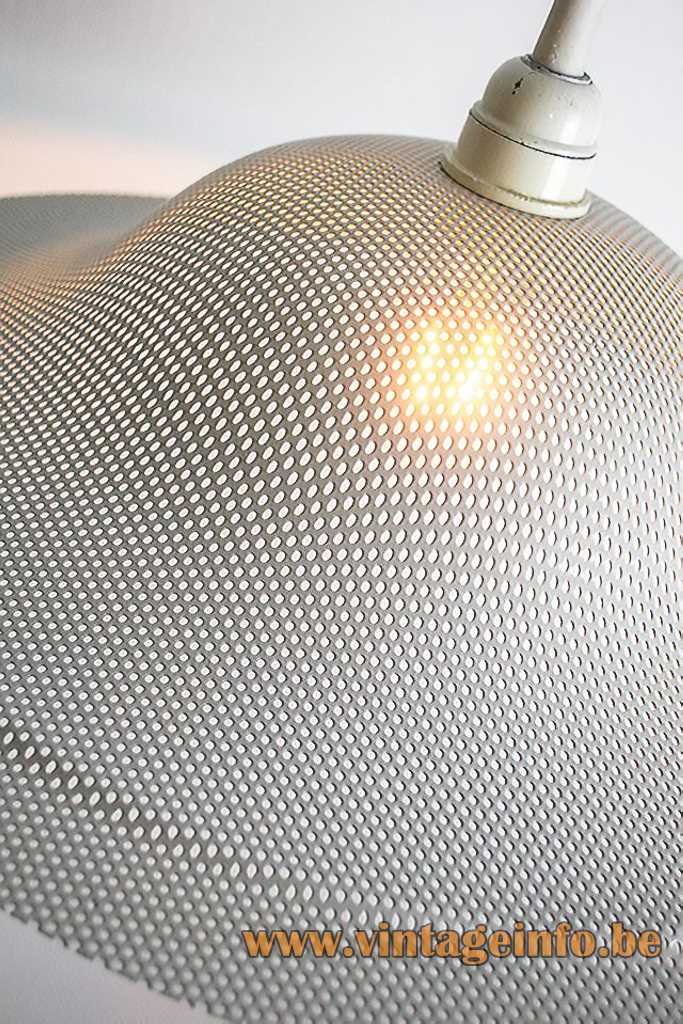 Other versions: This Massive grid pendant lamp exists in several colours. It was also produced with a plastic rim.

Many thanks to Eveline from Vlienz Vintage for the beautiful pictures and the enthusiasm.