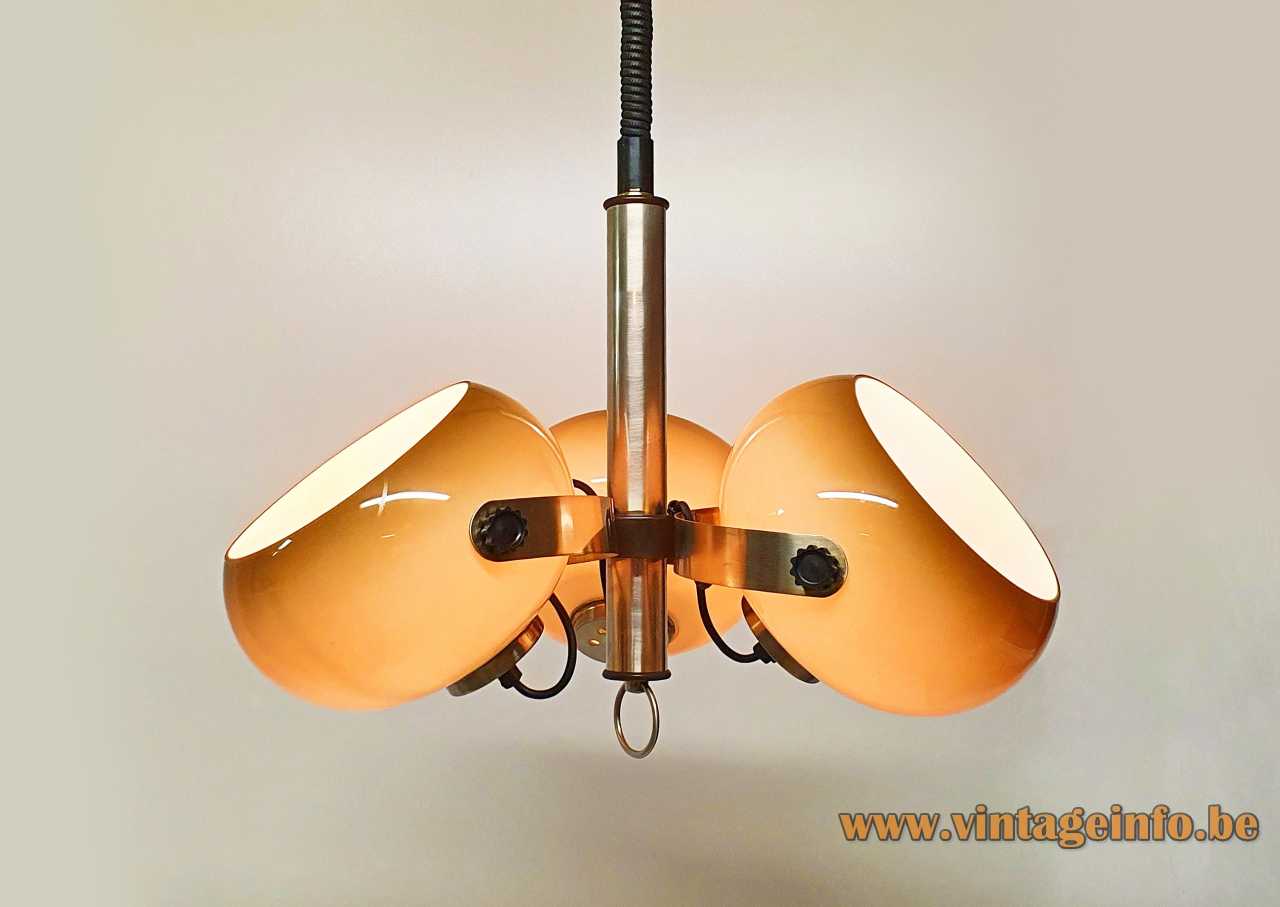 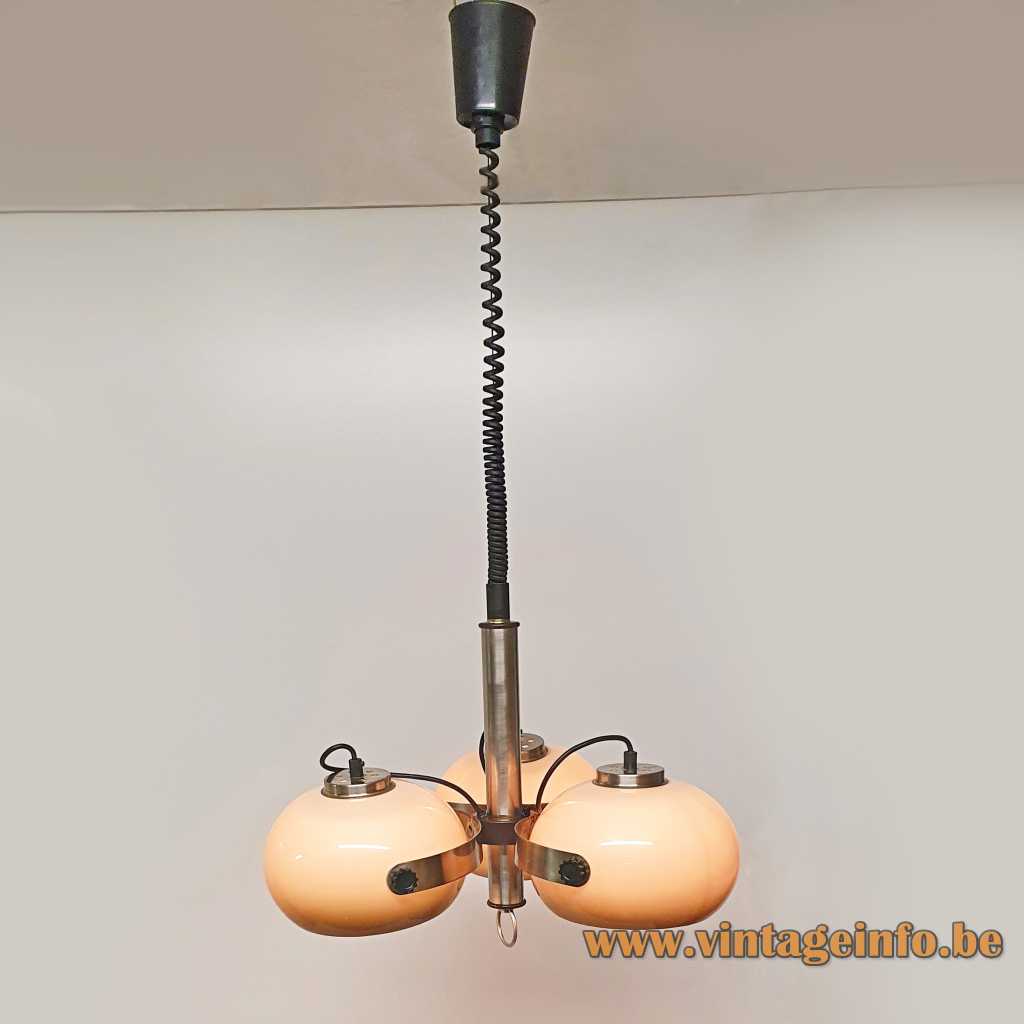 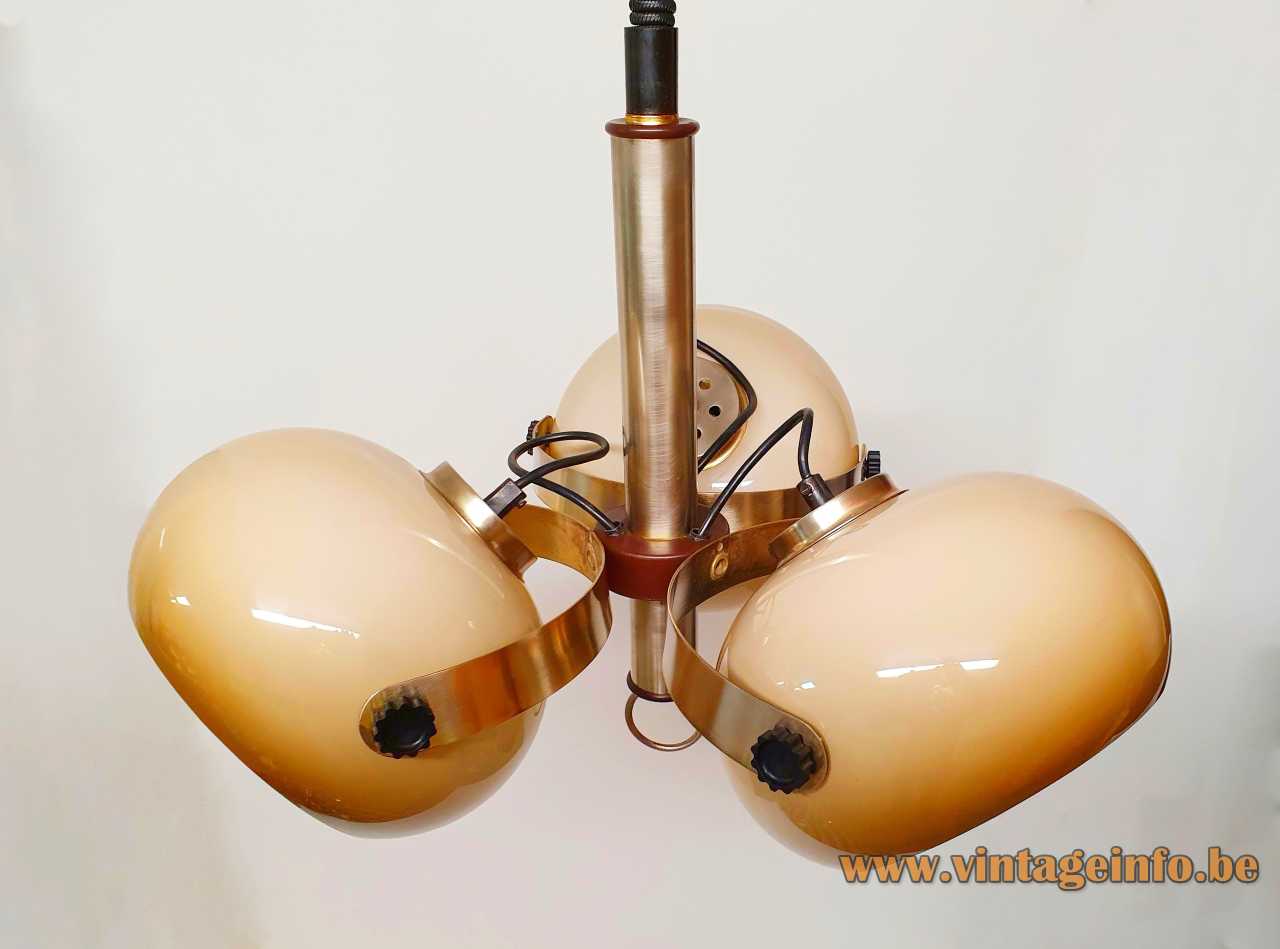 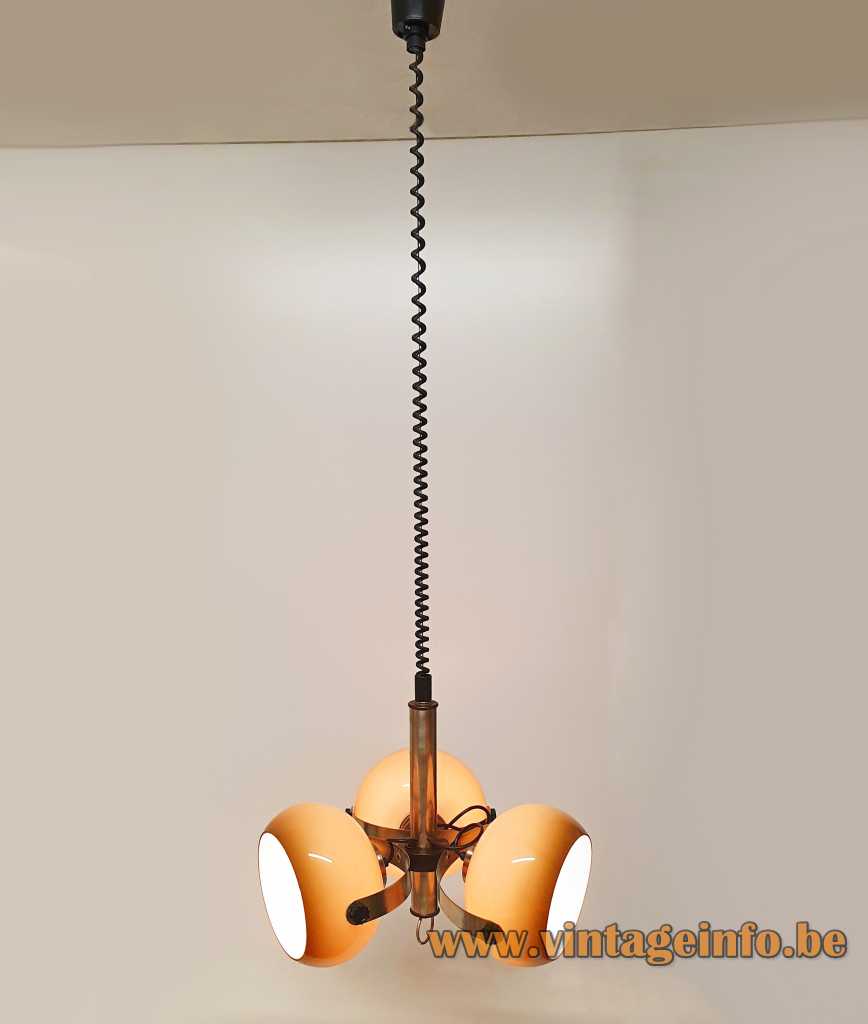 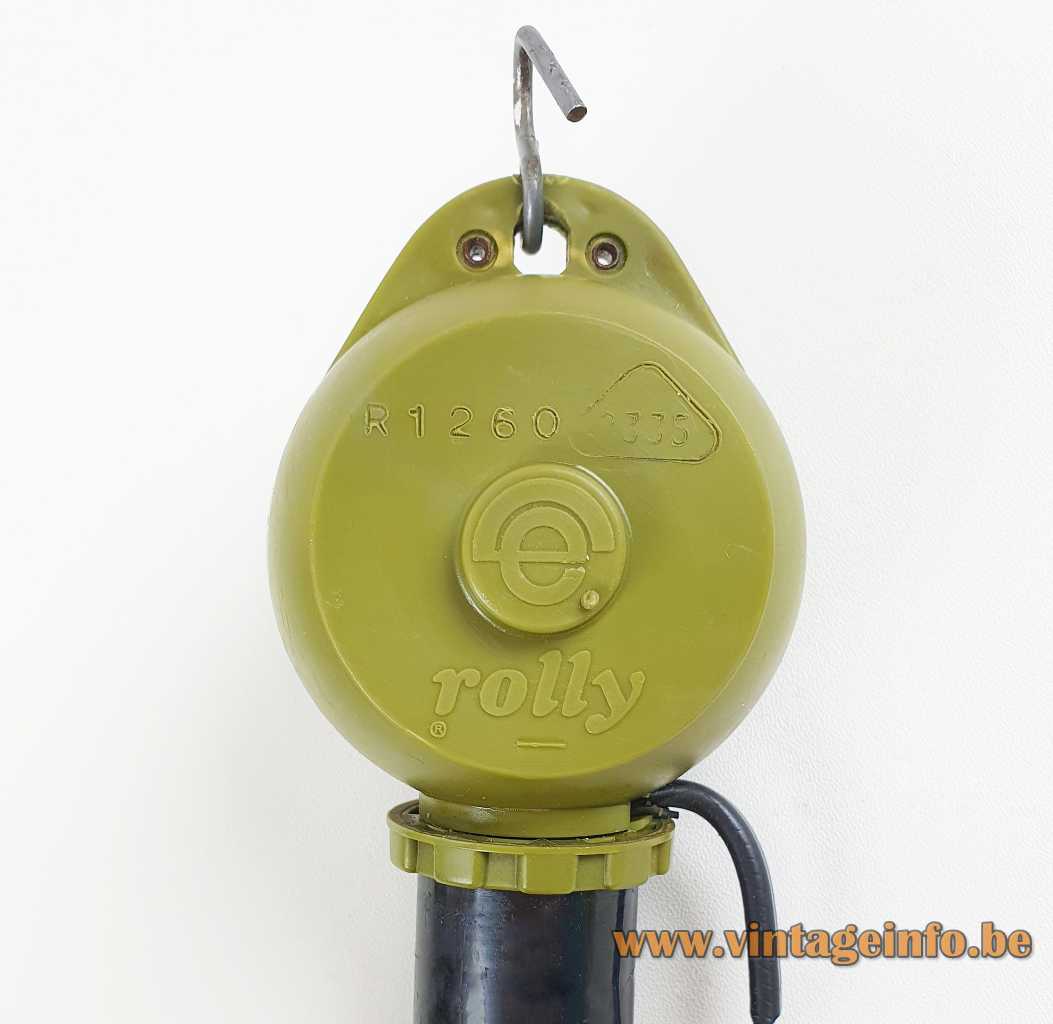 
Other versions: This brown acrylic globes pendant lamp exists also in chrome and with white lampshades. The lampshades were used for several other lamps.

Often said it is a lamp produced by the Dutch companies Dijkstra or Herda, it is not. The 2 companies also produced lamps with brown acrylic Harvey Guzzini-style lampshades, that’s all.