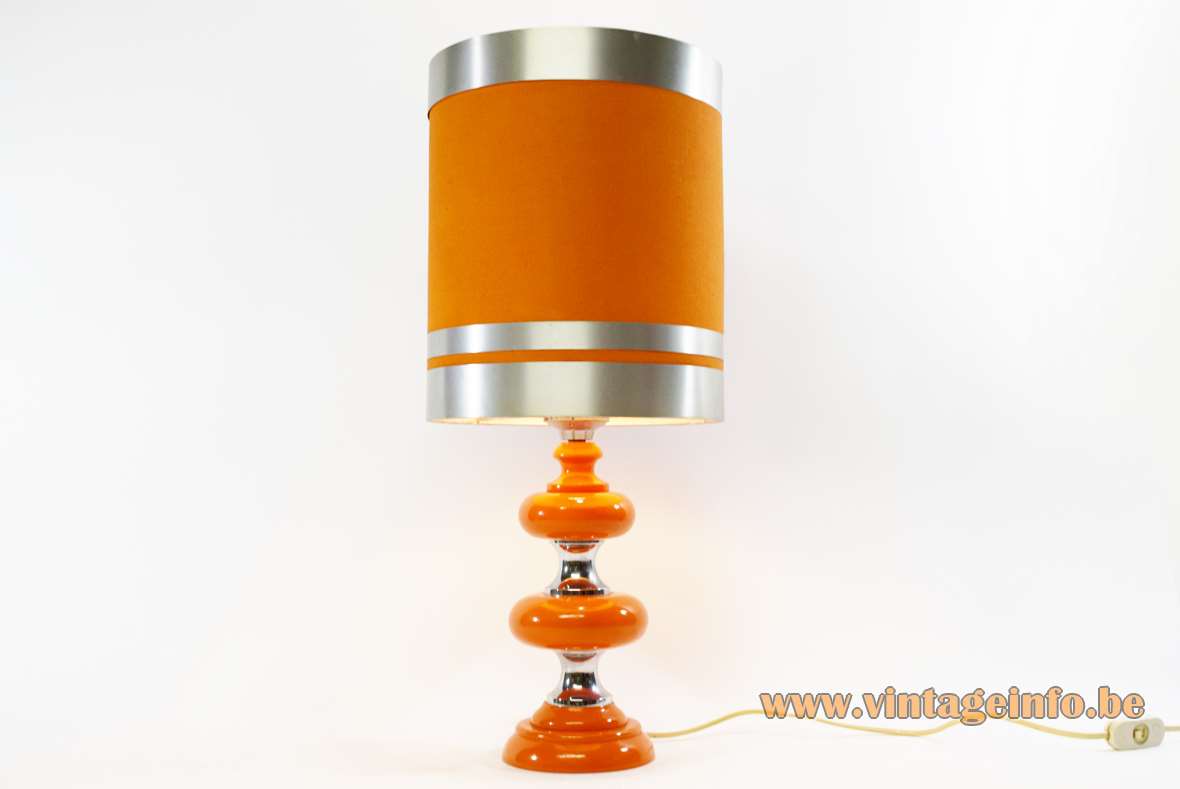 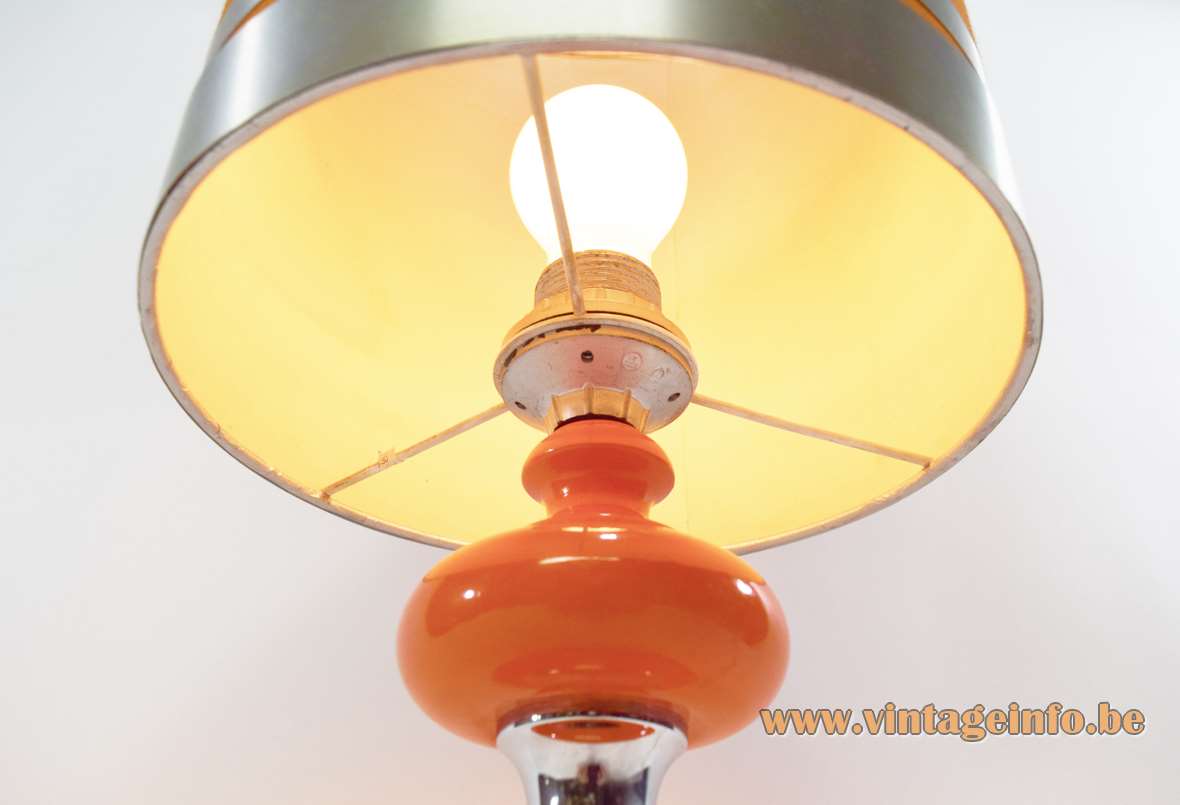 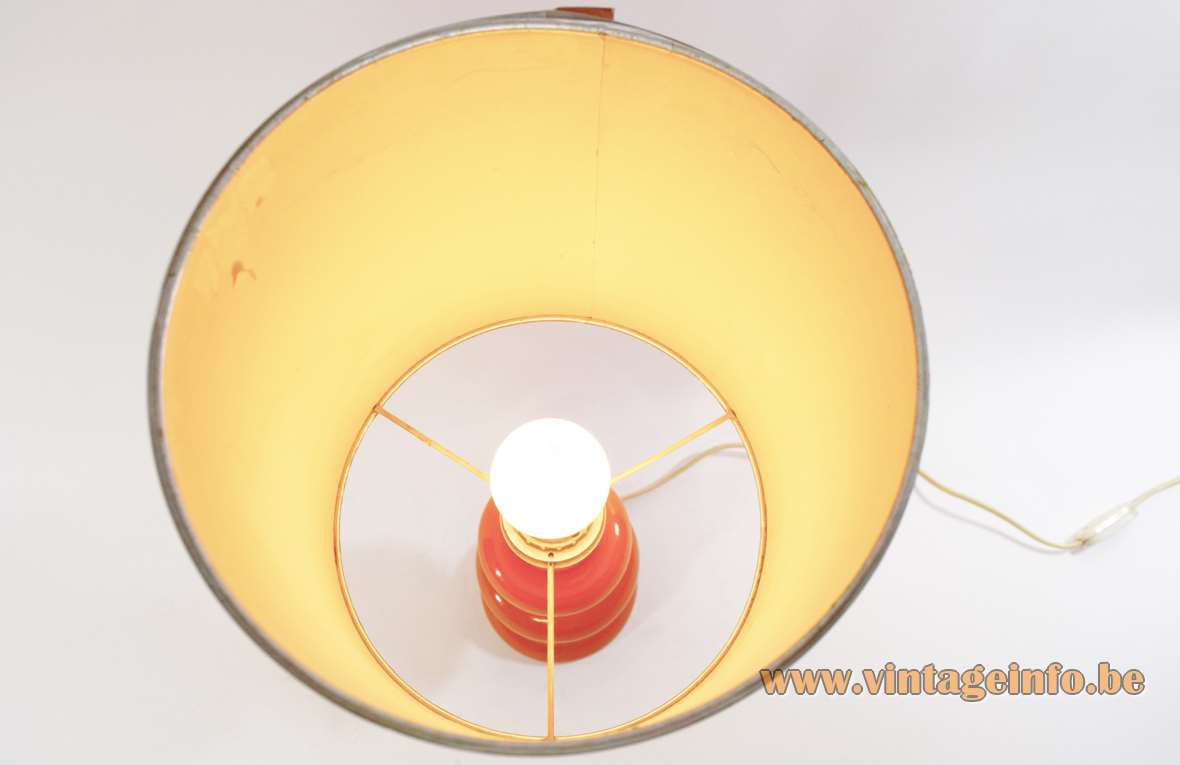 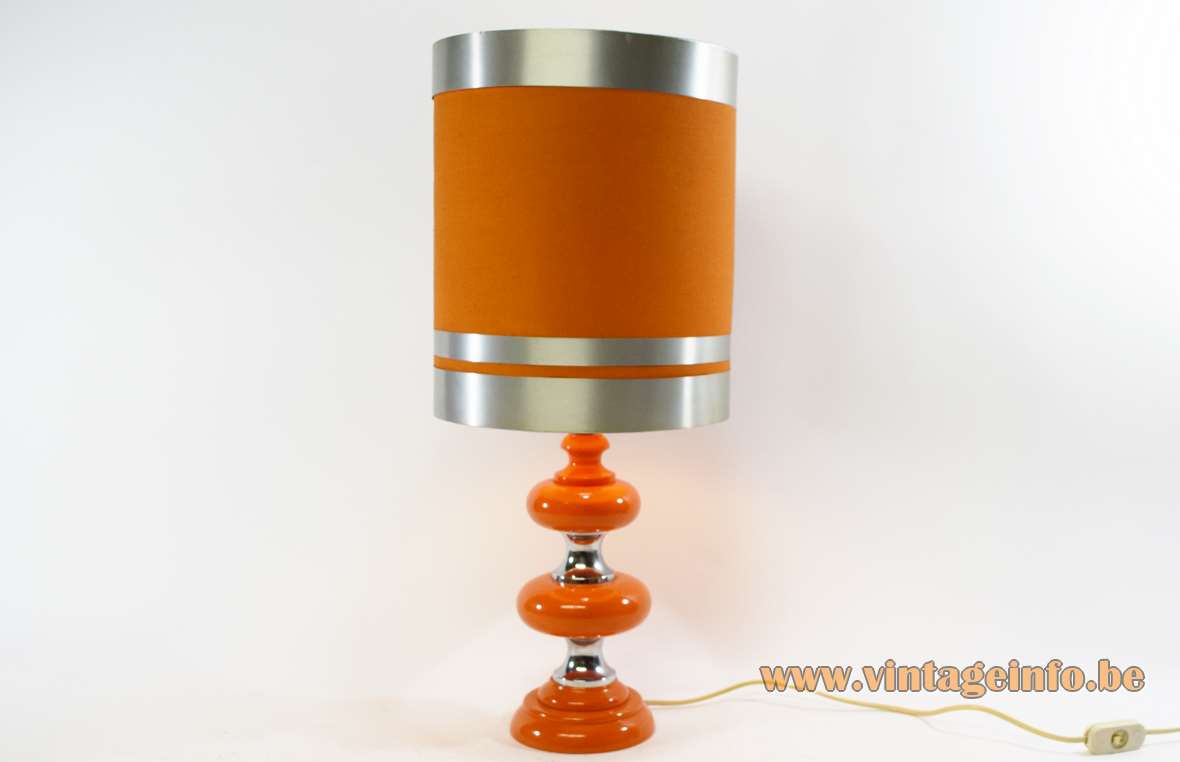 Other versions: This orange 1970s table lamp exists in several colours, as you can see below.

Only a sticker on the orange and white lamp with written on it “143“.

The wiring, plug and socket are Italian and they are made by the VLM Components company from Buccinasco near Milan in the 1970s. The switch is designed by Achille Castiglioni in 1968. It is model 450.

These lamps are made in the famous Maison Barbier style. They were a big hit in the 1970s. 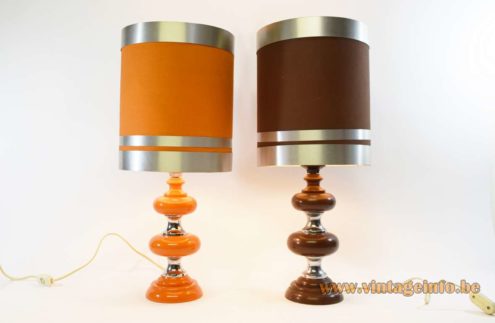 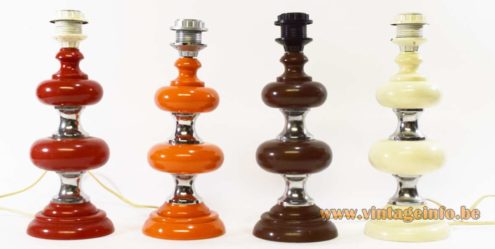