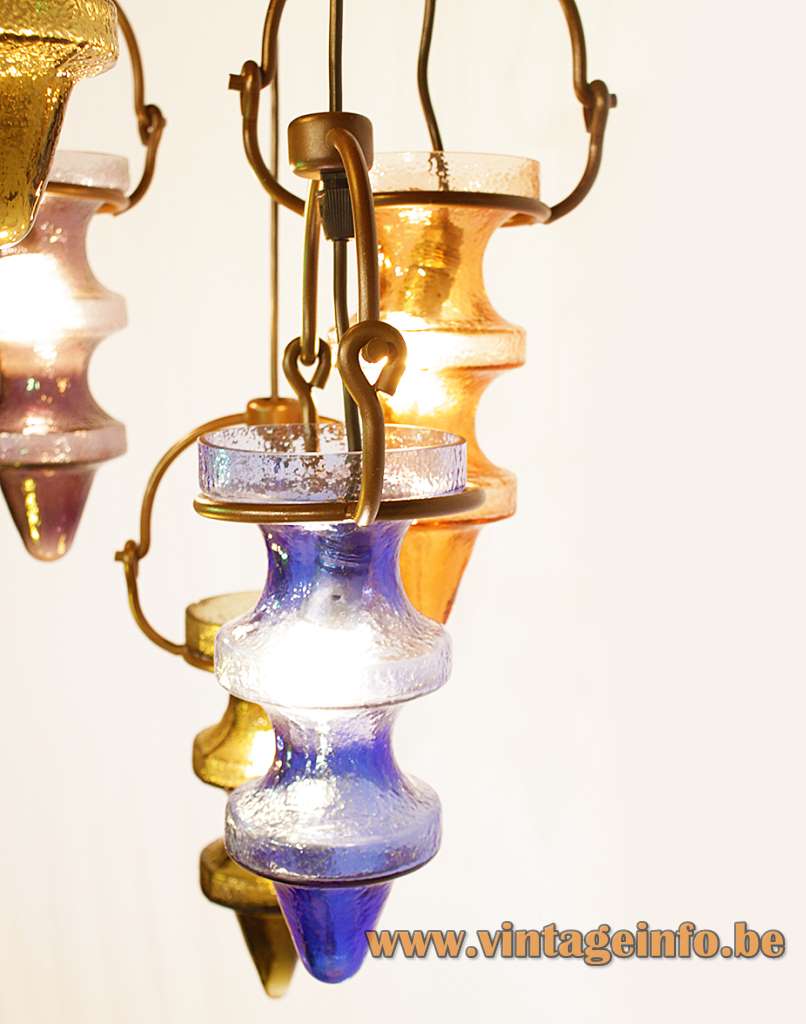 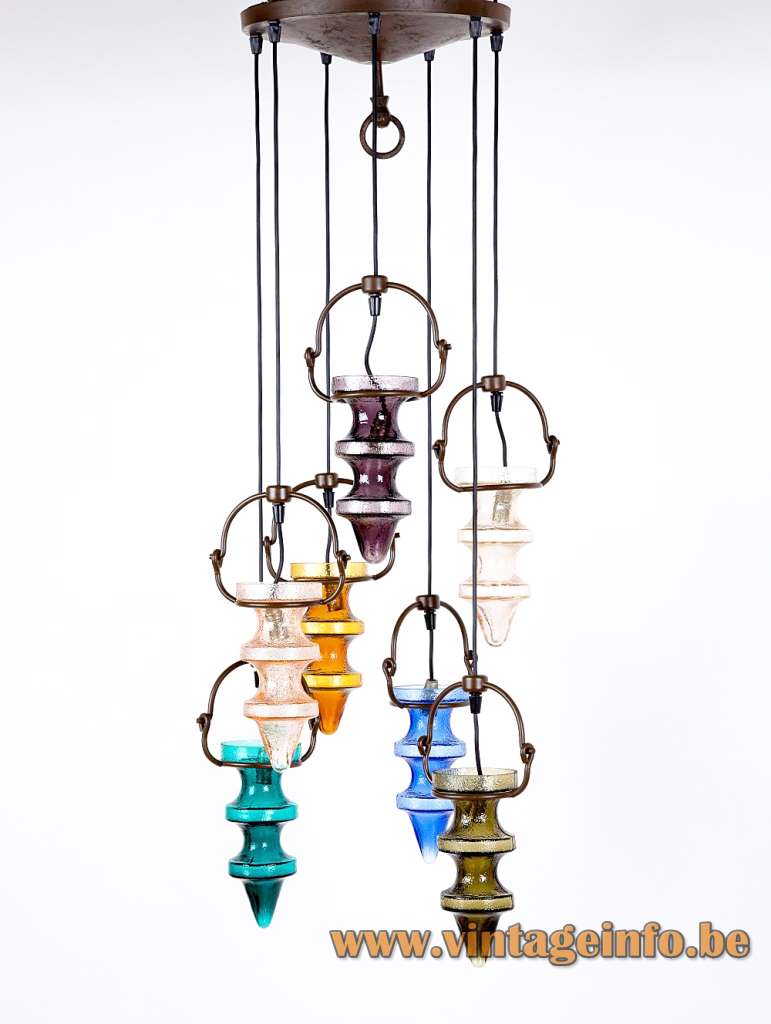 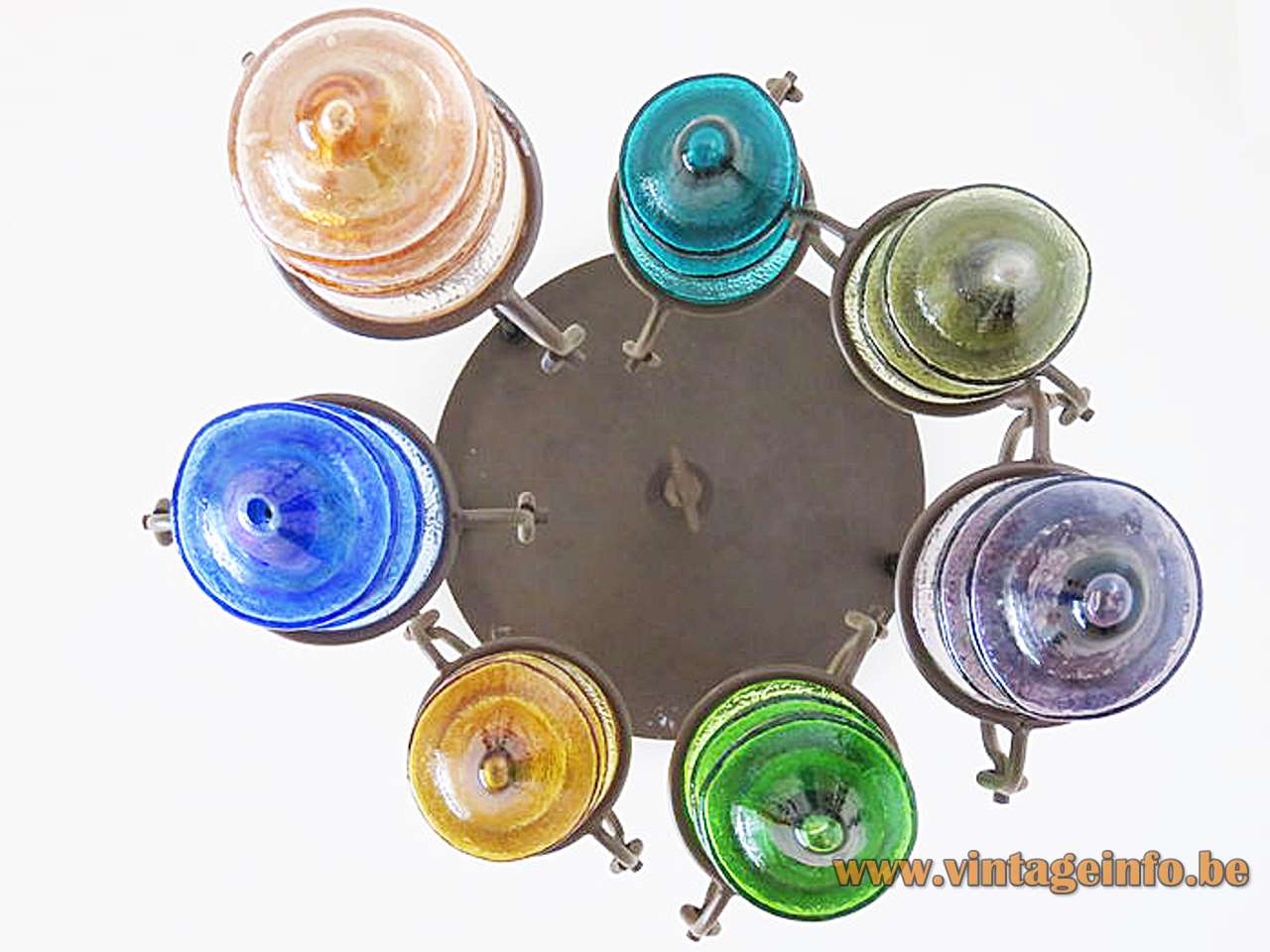 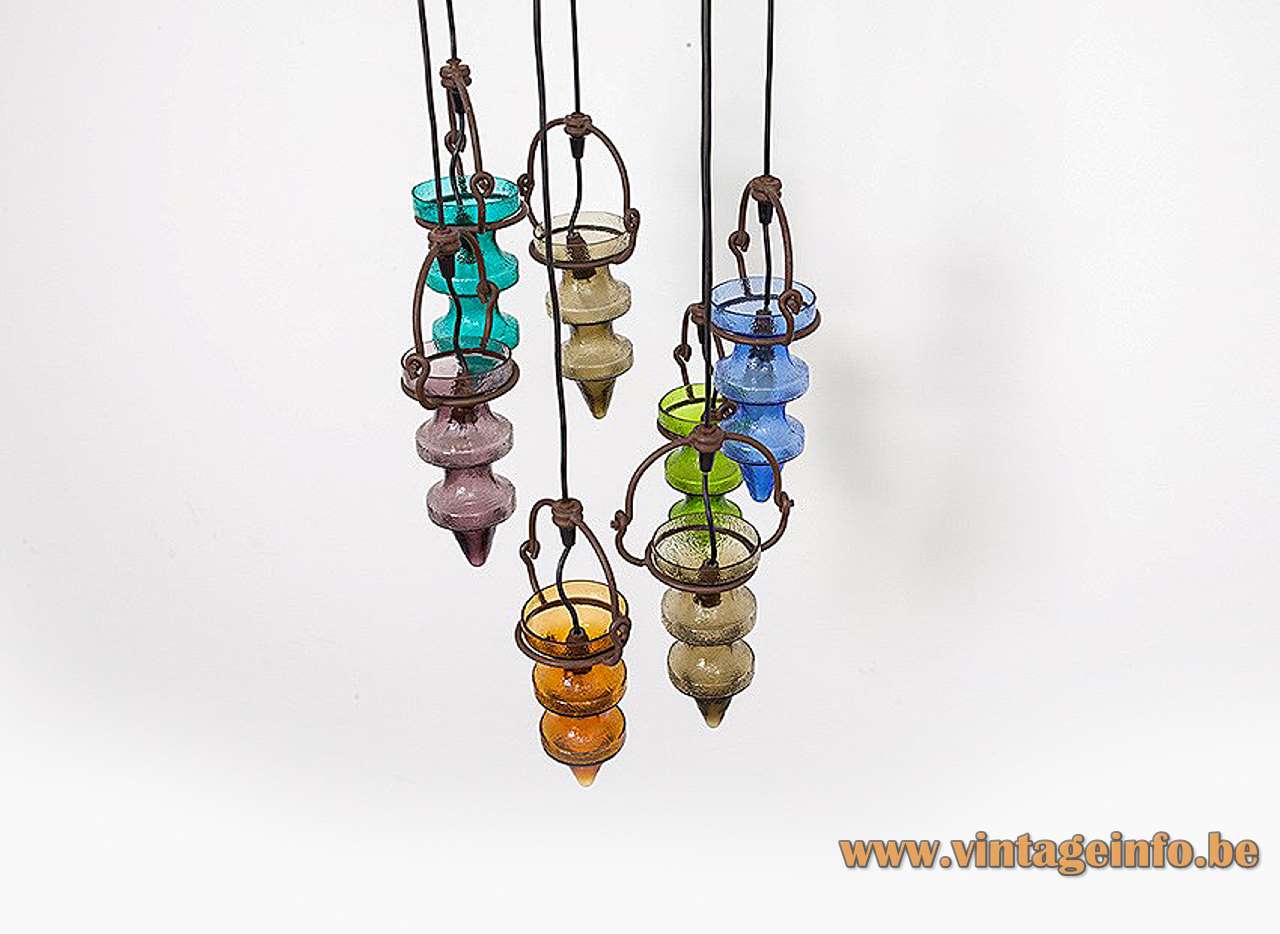 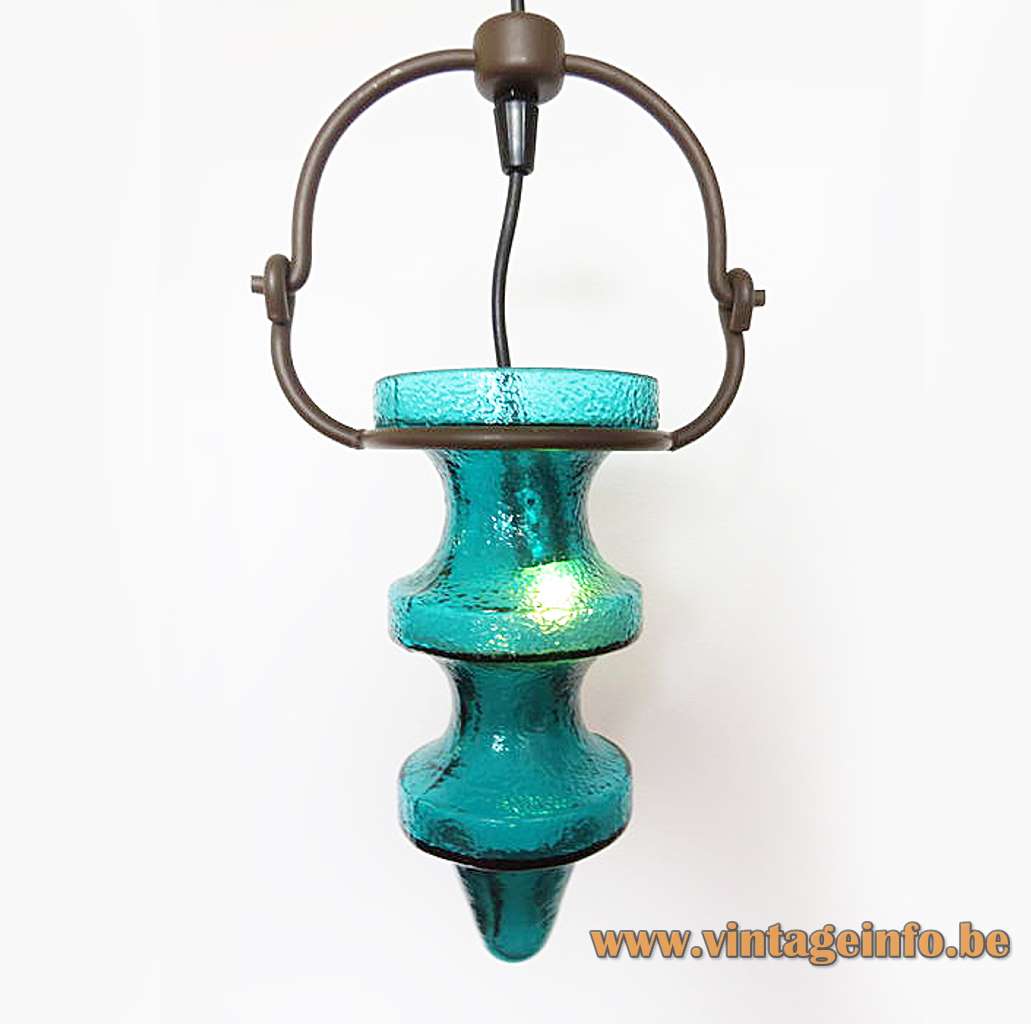 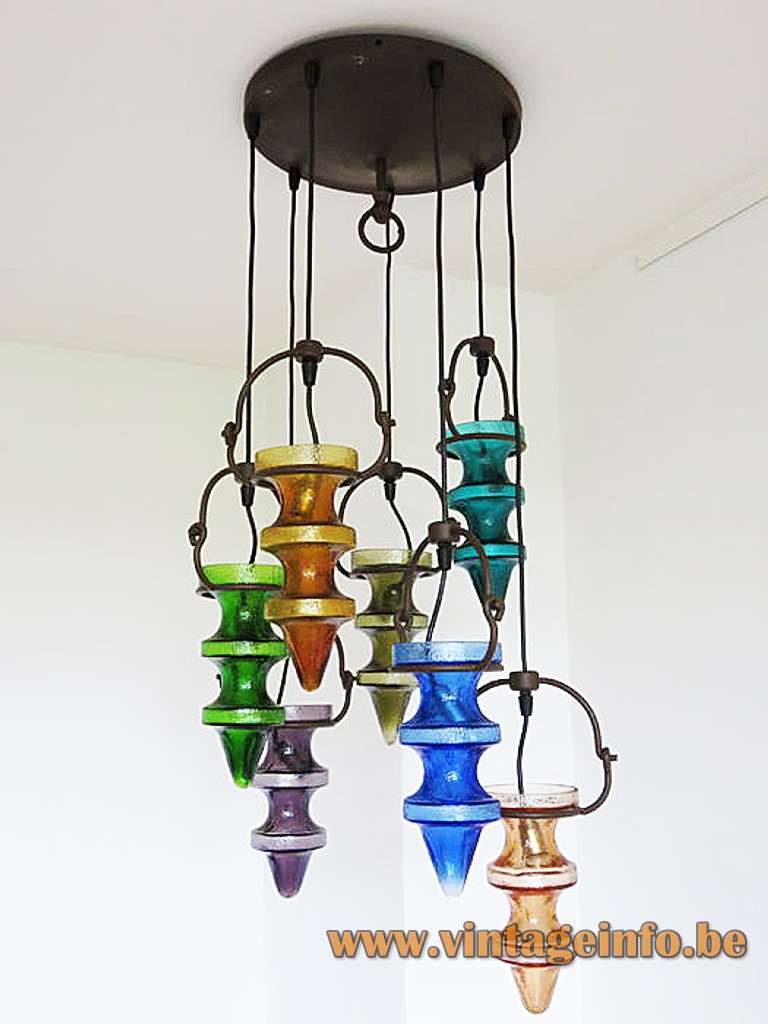 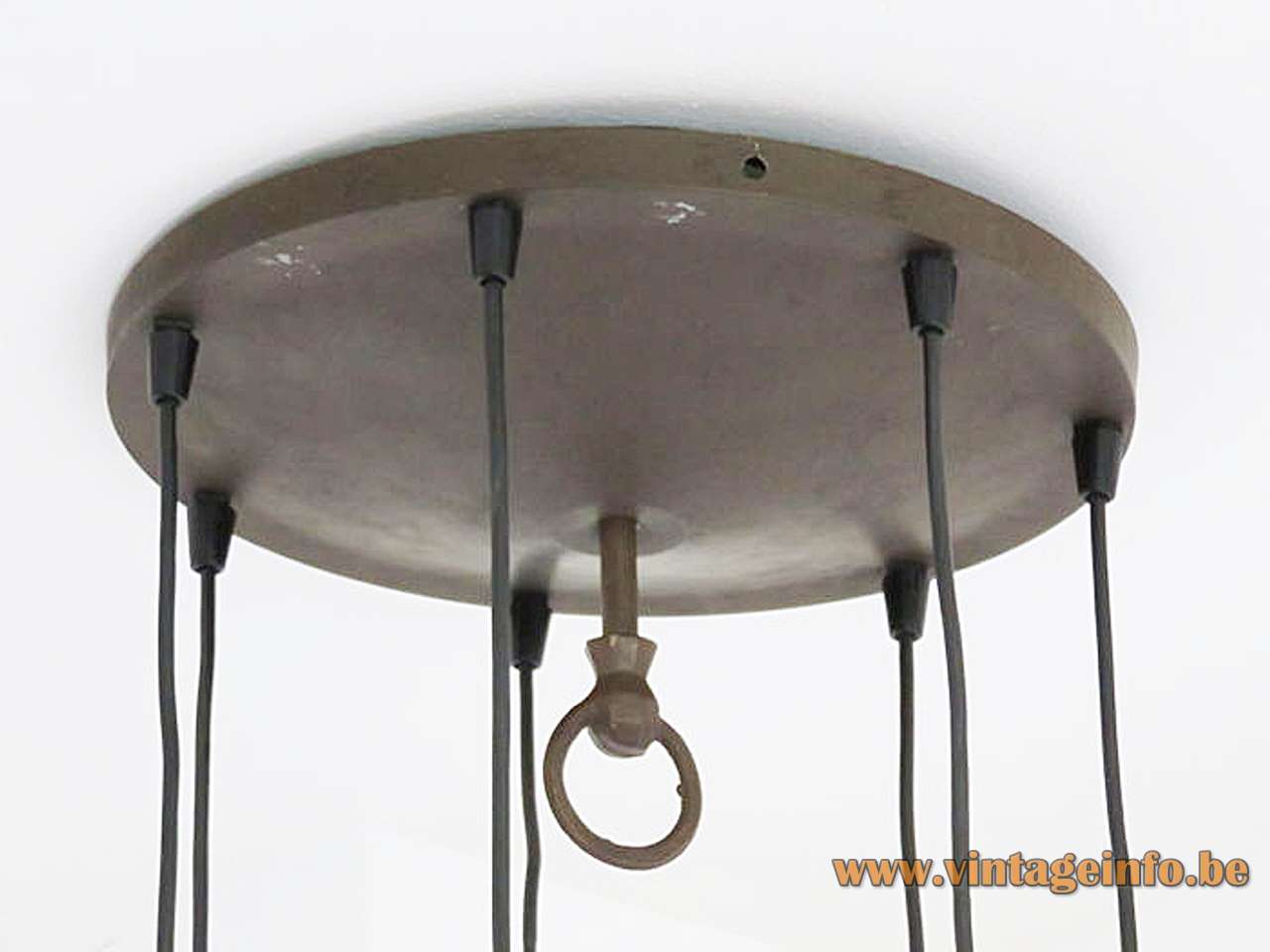 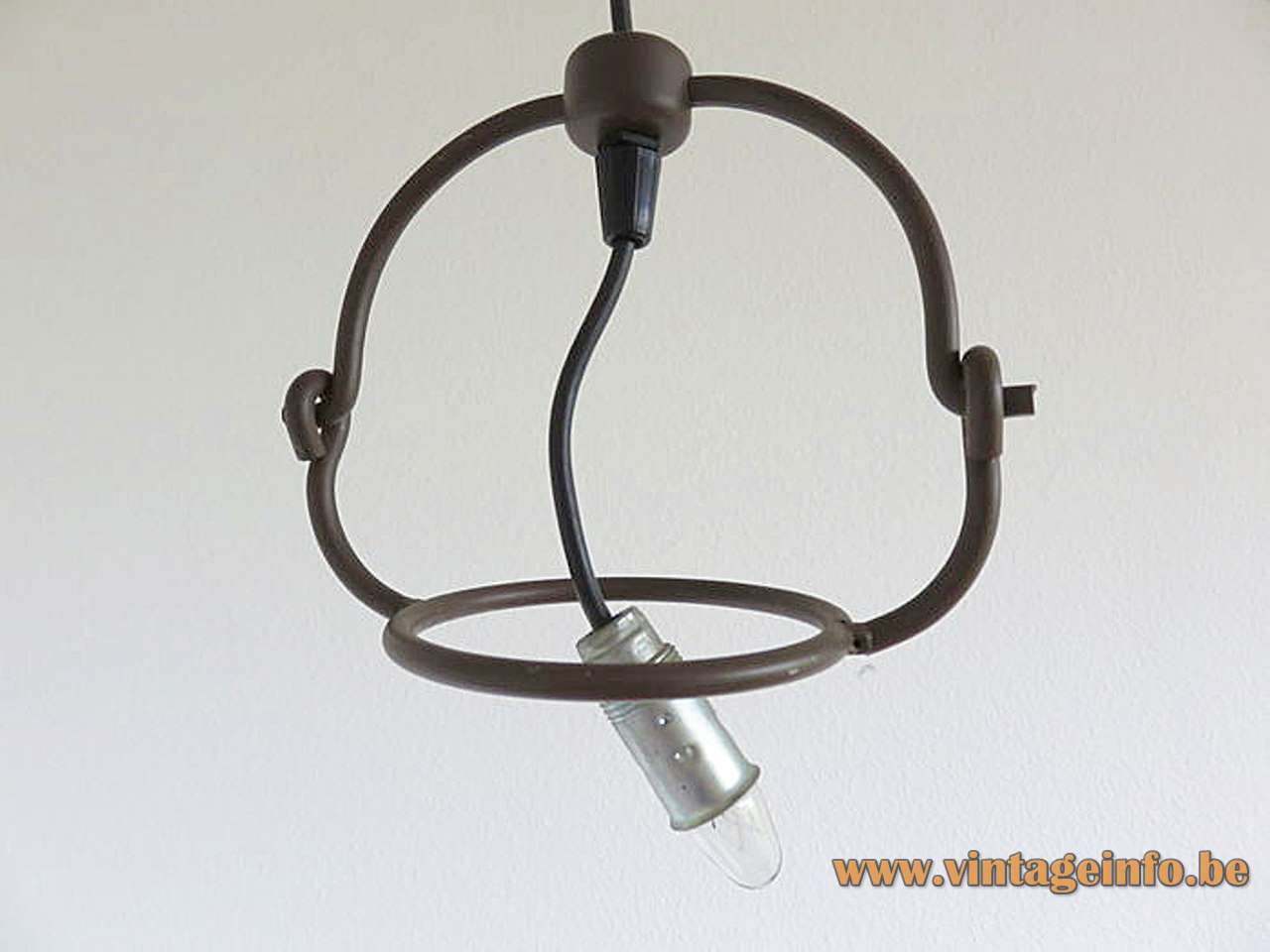 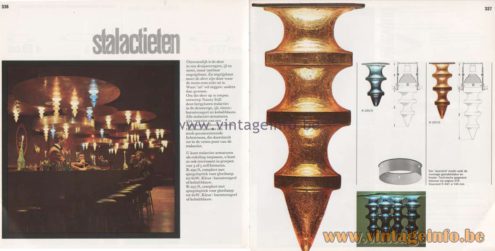 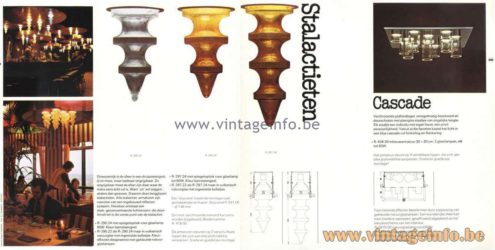 The Stalactites ceiling lamps in the Raak Catalogue 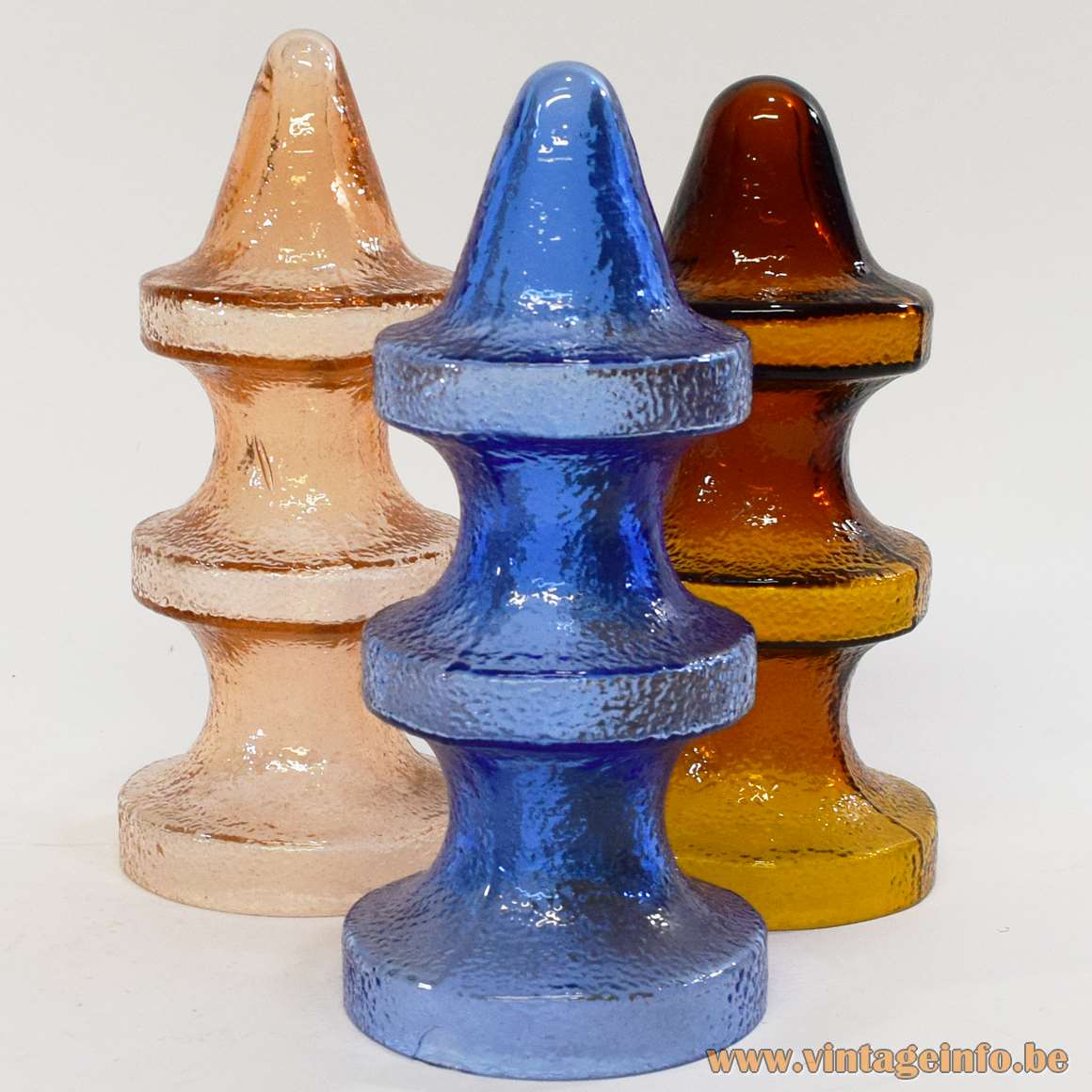 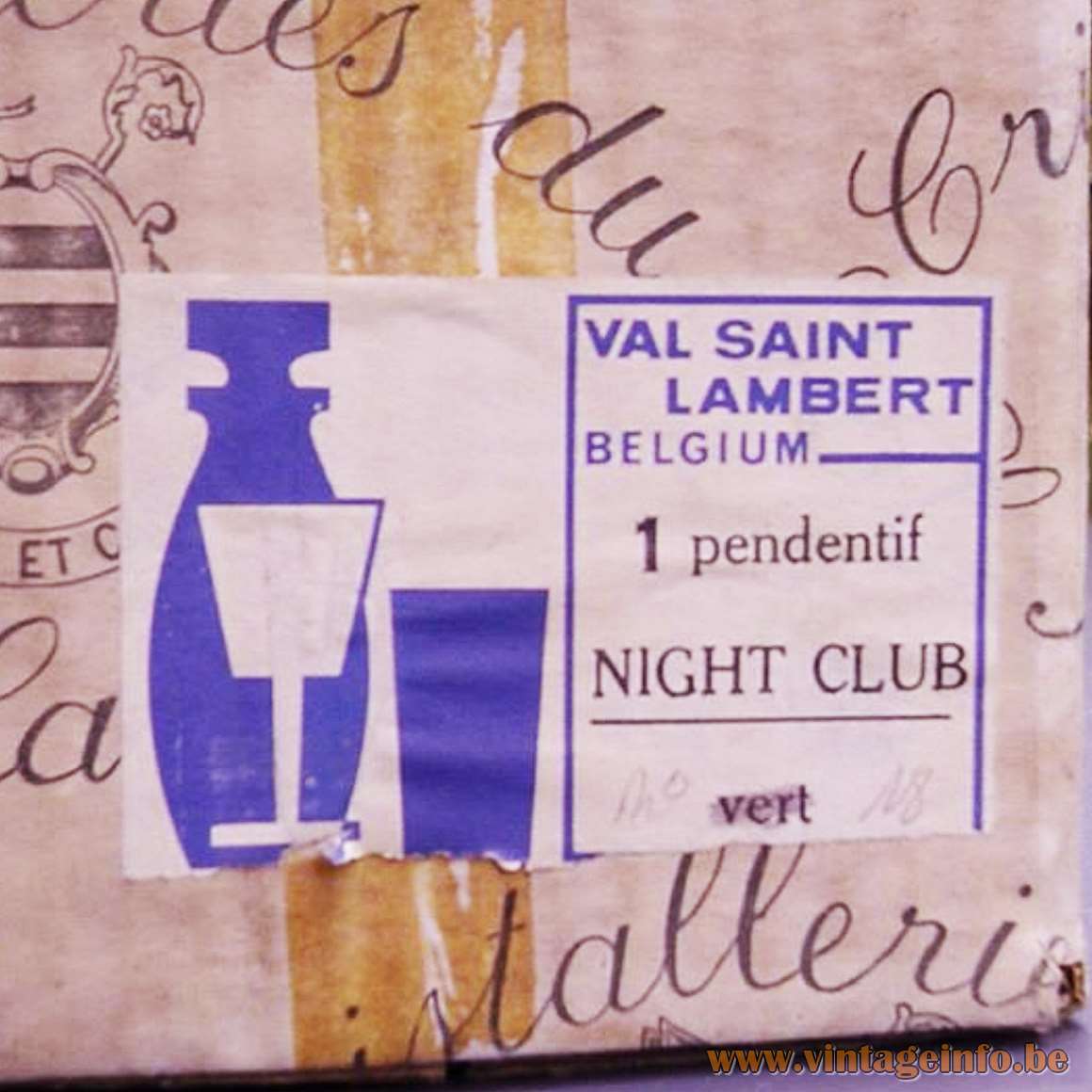 Electricity: 7 bulbs E14, 7 x 40 watt maximum, 110/220 volt.
Any type of light bulb can be used, but a white/opaque or frosted one is preferred. Clear bulbs creates stripes on the glass and therefore also on the walls.

Other versions: The Massive Night Club pendant chandelier was made as single pendant lamp and also produced with 3 and 5 lamps.

For years it was said, even by Val Saint Lambert, the company that produced the glass parts, that this chandelier was made by Raak Lichtarchitectuur from The Netherlands, but it is not.

This Night Club pendant chandelier or single pendant lamps don’t appear in any catalogue of Raak. Only the Stalactieten (Stalactites) are published, as you can see. Not only they are flush mounts, but the shape is slightly different.

The question remains, is this a design by Nanny Still and made by Massive. Or is this a typical Massive interpretation of a lamp made by others. Many examples of Massive copies can be found on this website. Nanny Still has lived in Belgium for a long time, so it is possible that she designed this lamp for Massive.

Nanny Elisabet Still Mc Kinney (31 July 1926 – 7 May 2009), is one of the most important modern Finnish designers of glass and ceramics. During the golden age of the Finnish art industry in the 1950s Still belonged to the great names of design.

Still was born in Helsinki and studied at Finland’s Central School of Arts and Crafts (Aalto University) and graduated in 1950. Before the end of her studdies she started working for Riihimäki Lasi (Riihimäen), Finland’s largest glass-works, and remained there until 1976.

Nanny Still designed these lamps in the late 1950s for Raak. It was a colaboration between Raak, Nanny Still and Val Saint Lambert from Belgium.

She designed many years for Raak. Several other lamps were by her hand. For instance, the “Escargot” and the “IJspegel” (Icicle) ceiling lamps appear in the catalogue 12 from 1982.

Nanny Still married in 1958 with American George Mc Kinney and moved to Brussels in 1959.

In 1972 she won the Pro Finlandia medal and in 1954 she received the Diploma of Honor at the Triennale in Milan, Italy.

Nanny Elisabet Still Mc Kinney passed away at the age of 82 in Brussels, Belgium in 2009. 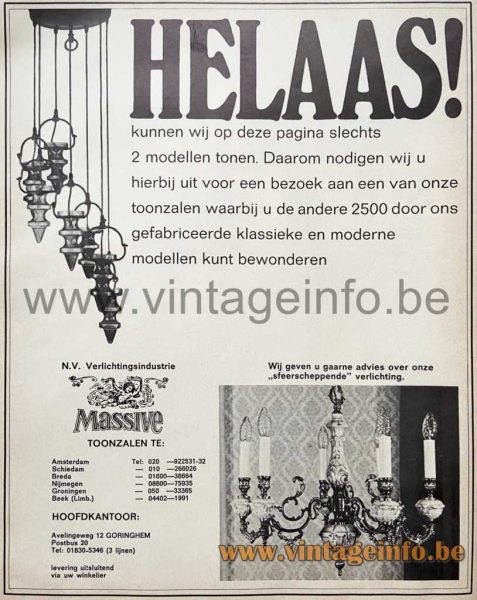 1959 award winning documentary made by the Dutch Bert Haanstra about glass-blowing.

Many thanks to Marjan from Vintage Drachten for the beautiful pictures and the enthusiasm. Many thanks to Fred for the very important Massive publicity of this lamp.