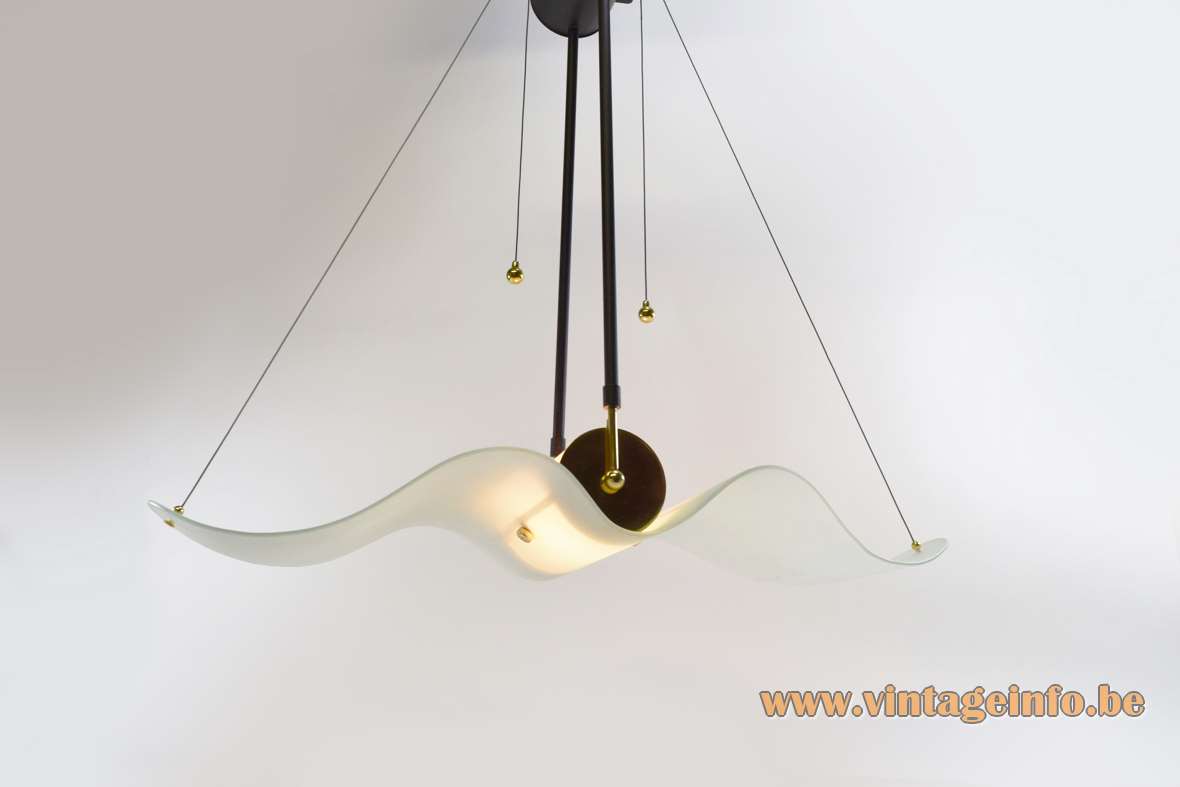 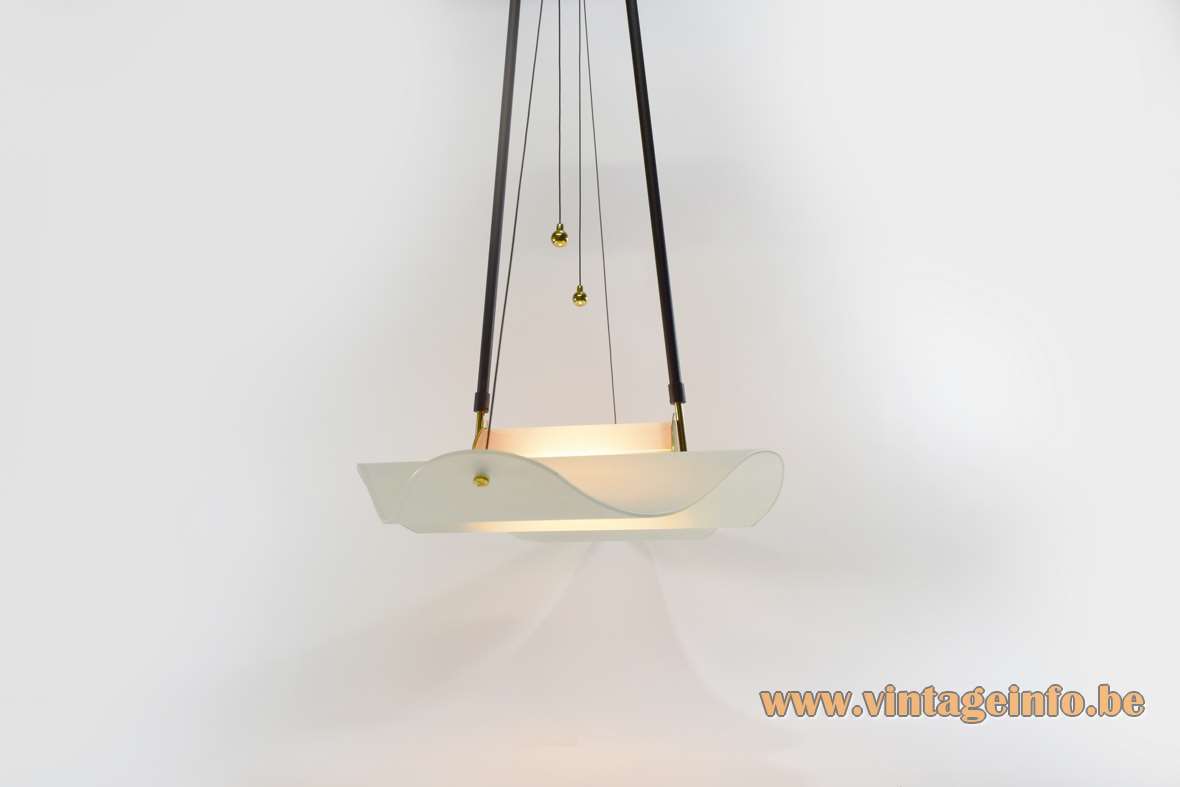 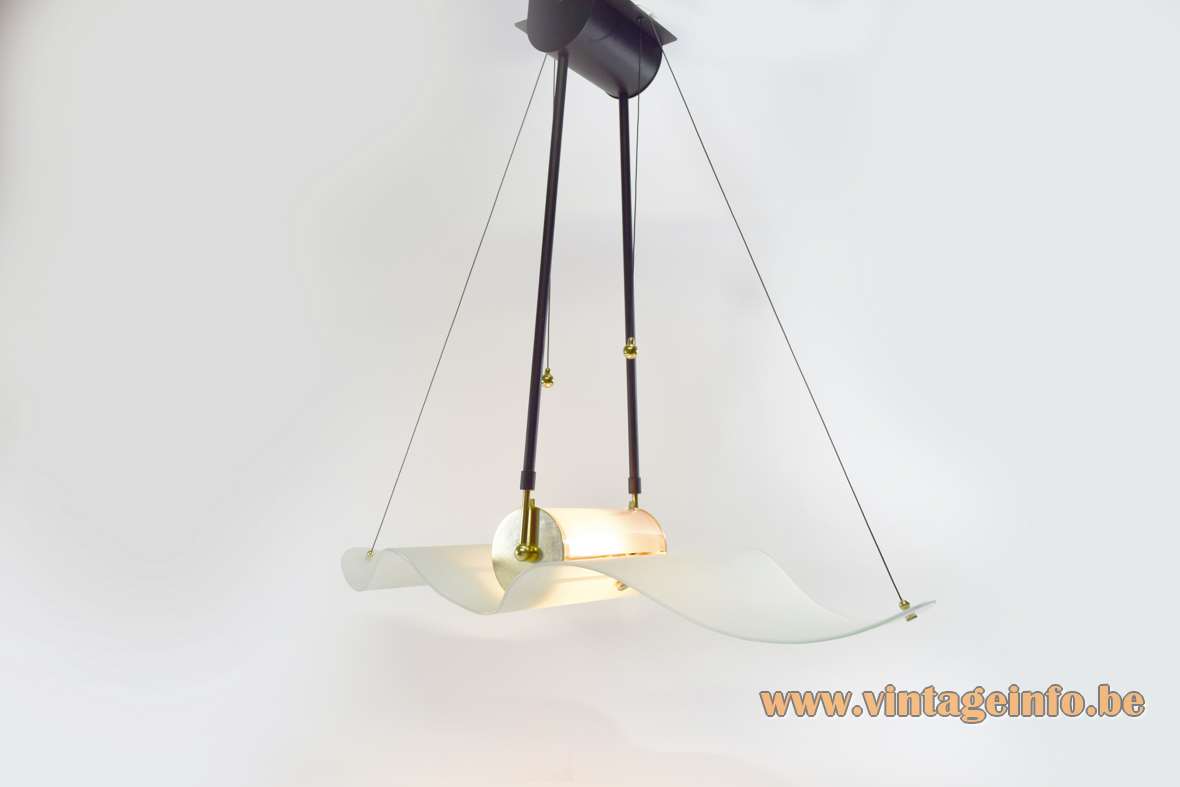 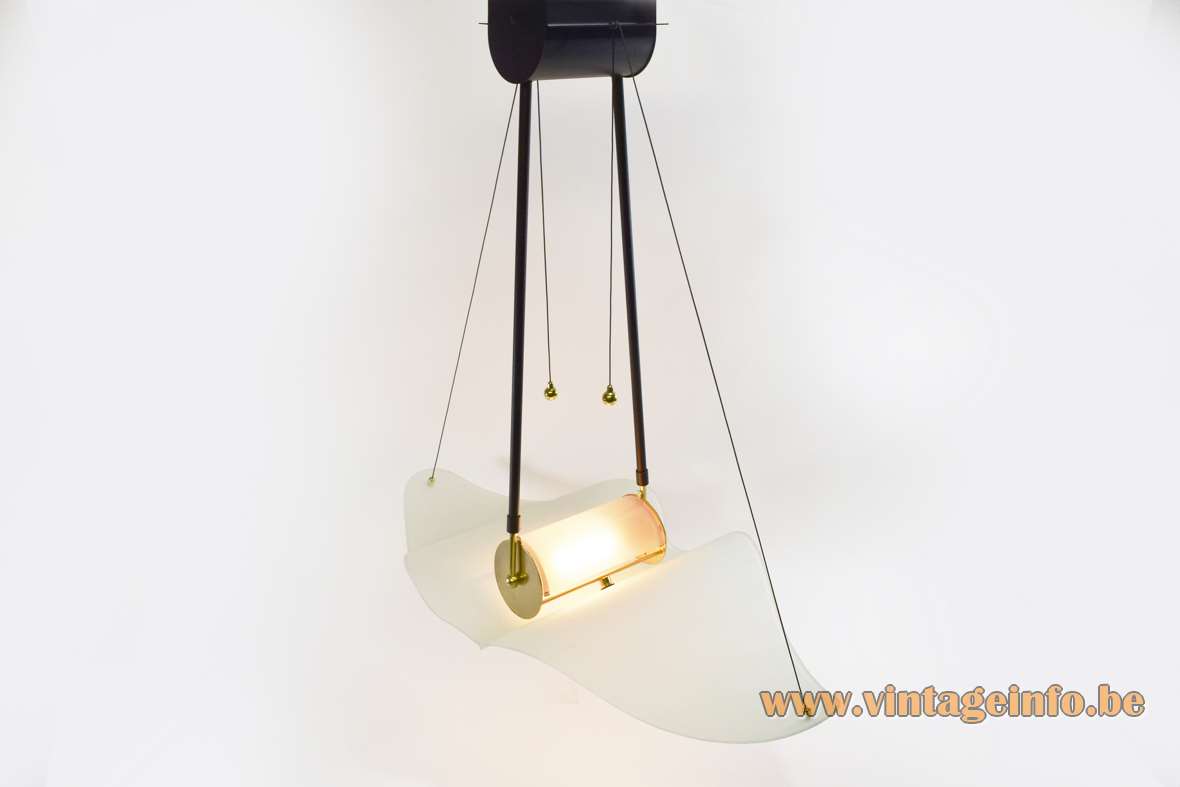 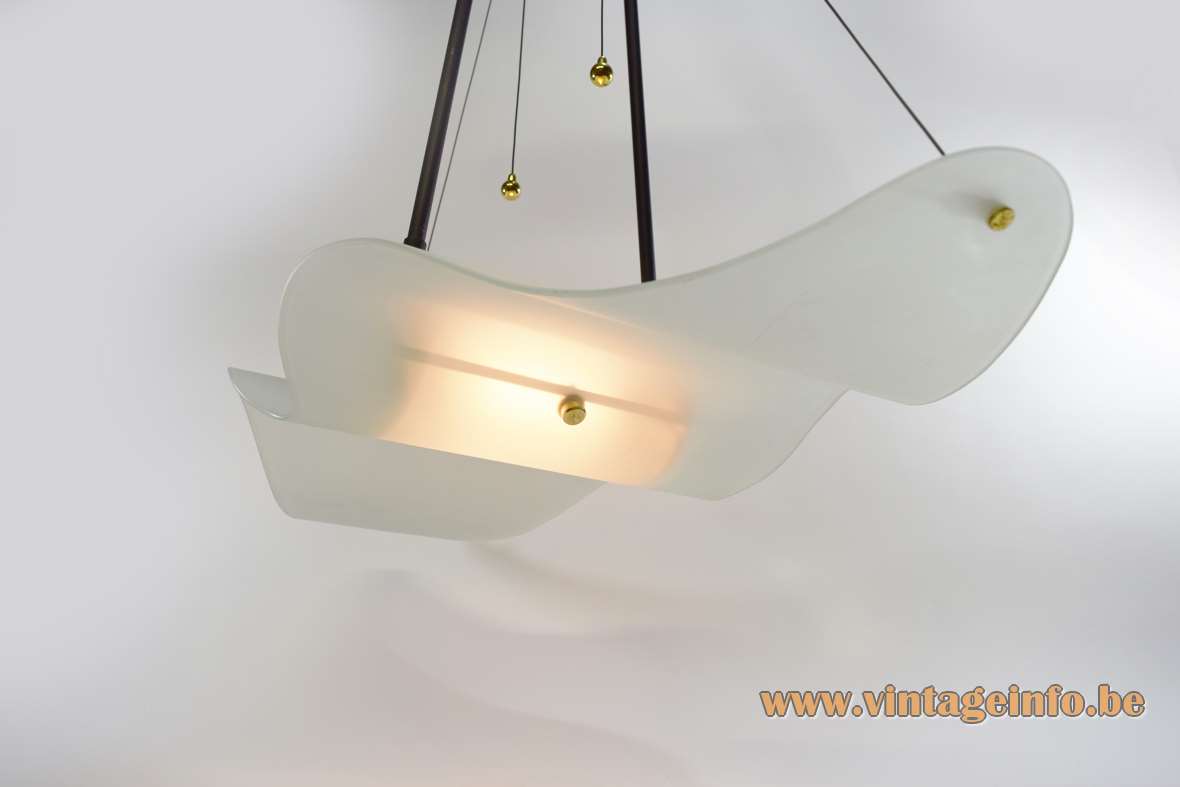 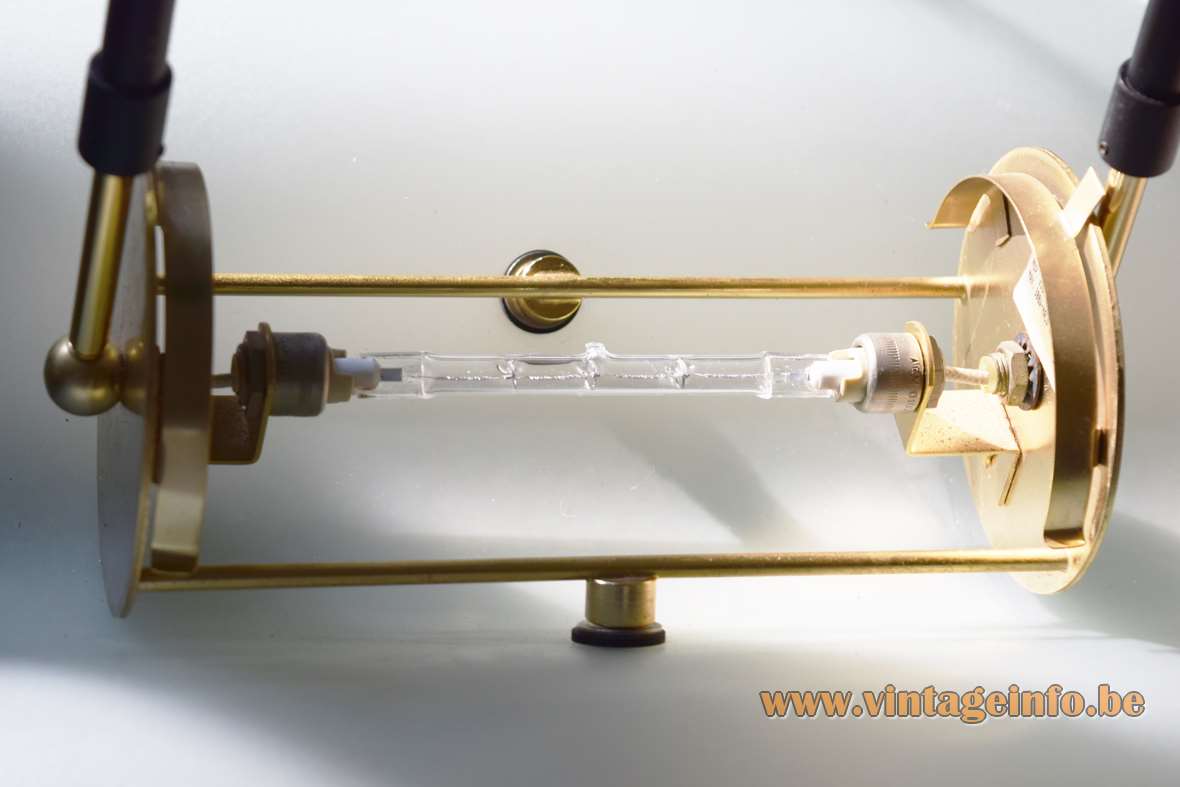 Materials: Black painted metal (iron) rods and parts, painted with wrinkle-paint. Big frosted curved glass plate in a wing form. Half round glass diffuser on top of the cylinder with an halogen bulb. 2 decorative brass balls hanging on a cord. Cord. Some other decorative brass parts. Metal socket.

Other versions: It is unknown if this glass albatross pendant lamp was made in other versions.

Pendant lamp or chandelier made in the form of a bird, albatross, kite, butterfly… Probably produced in the late 80s, early 90s. Lamps made after 1993 always have the CE marking if they are produced in Europe, because it is mandatory. 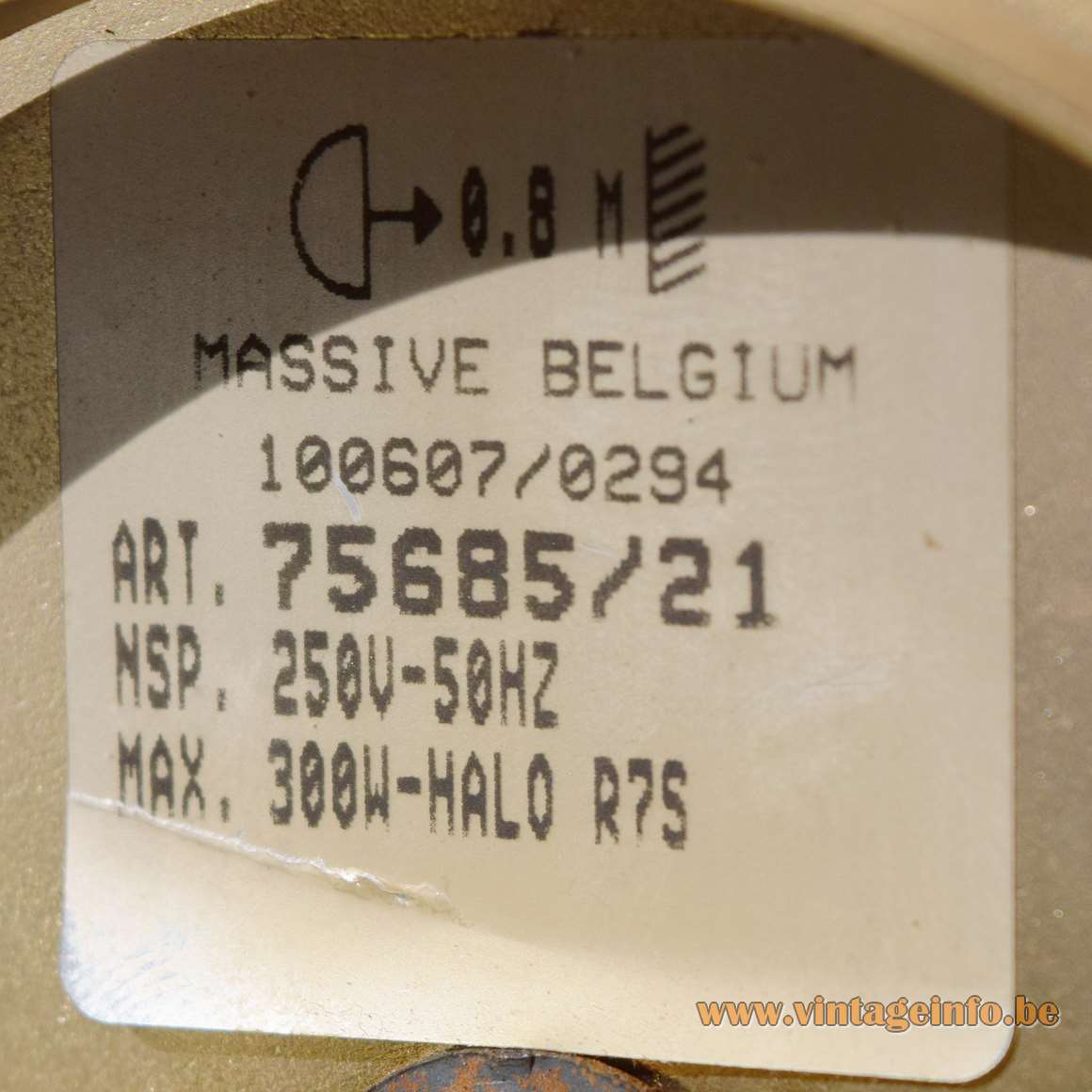 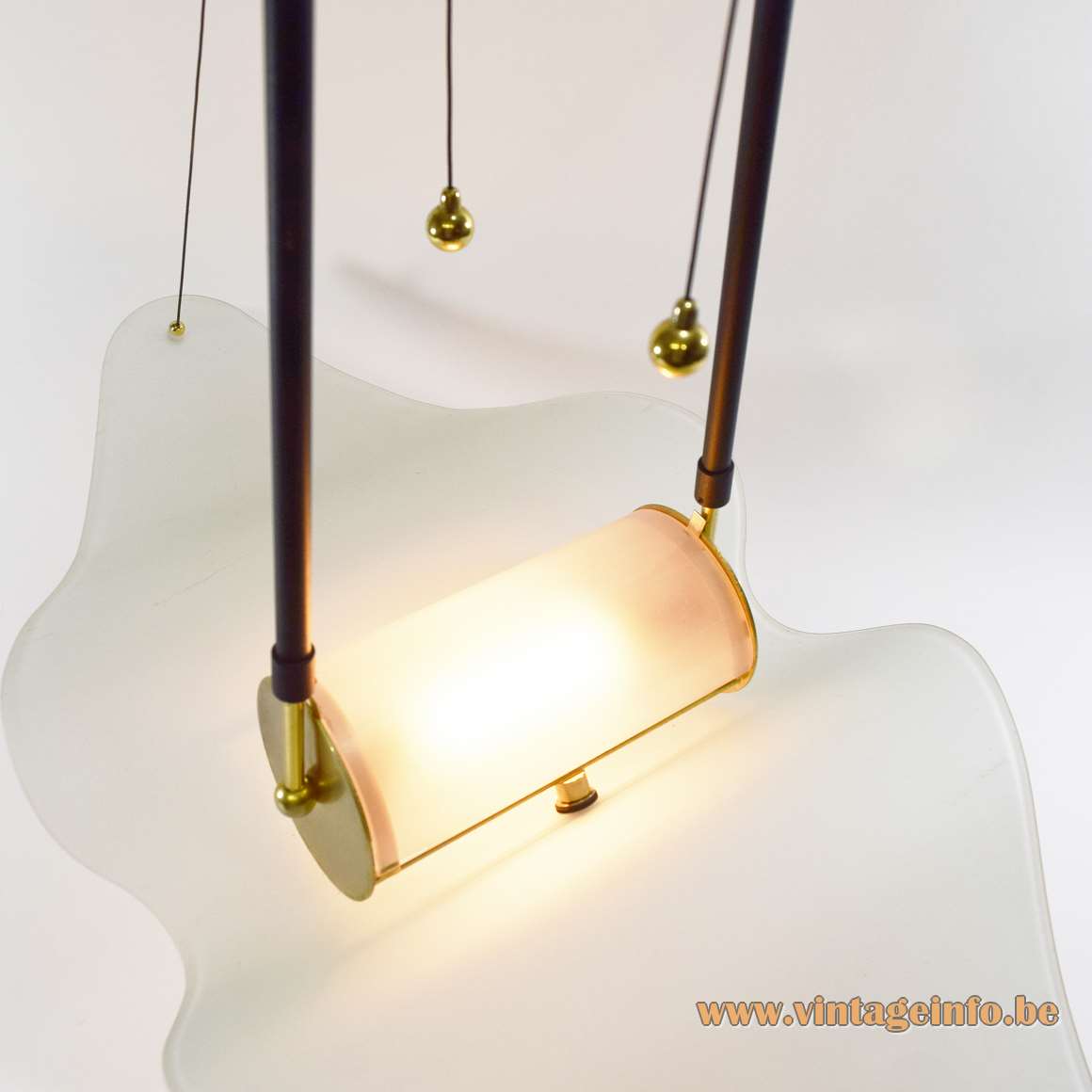