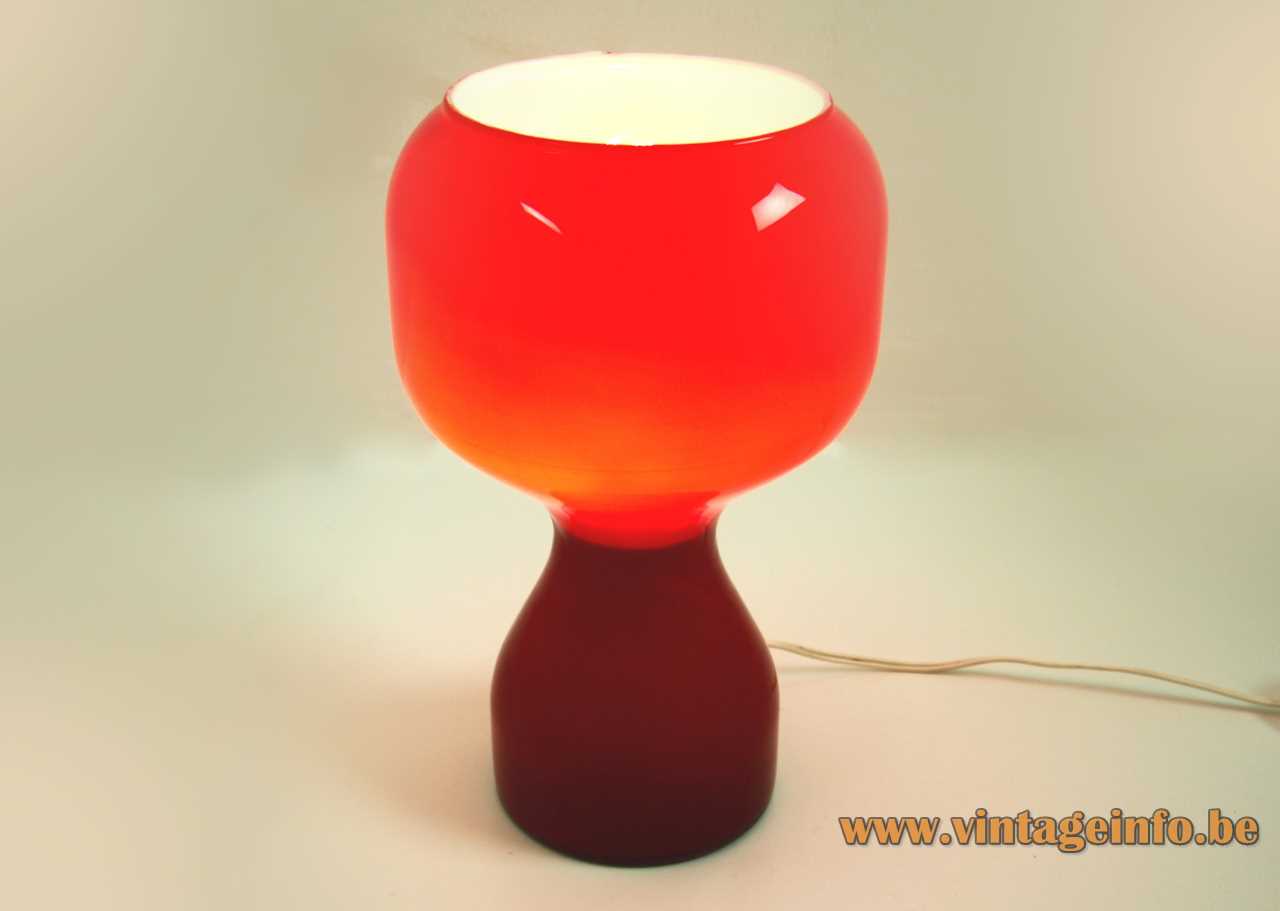 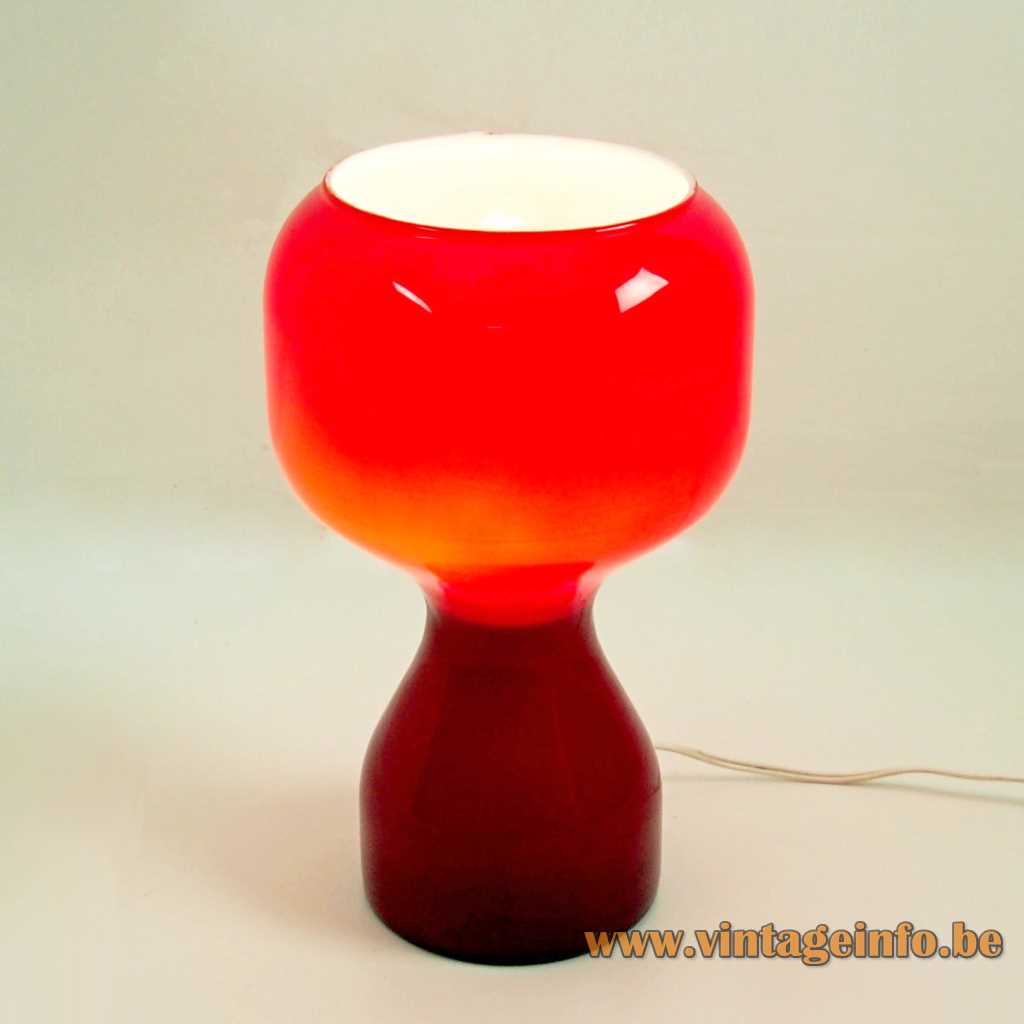 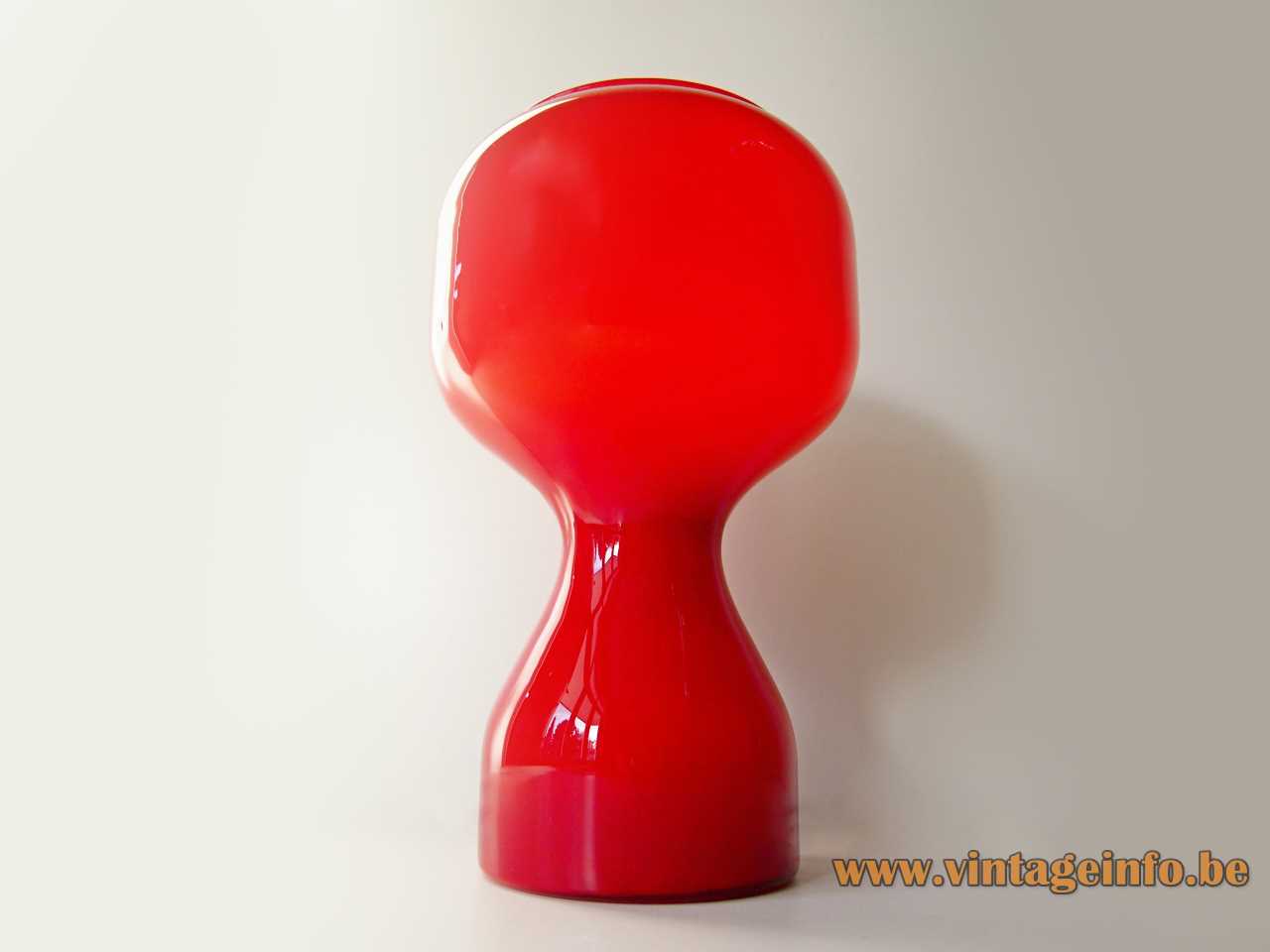 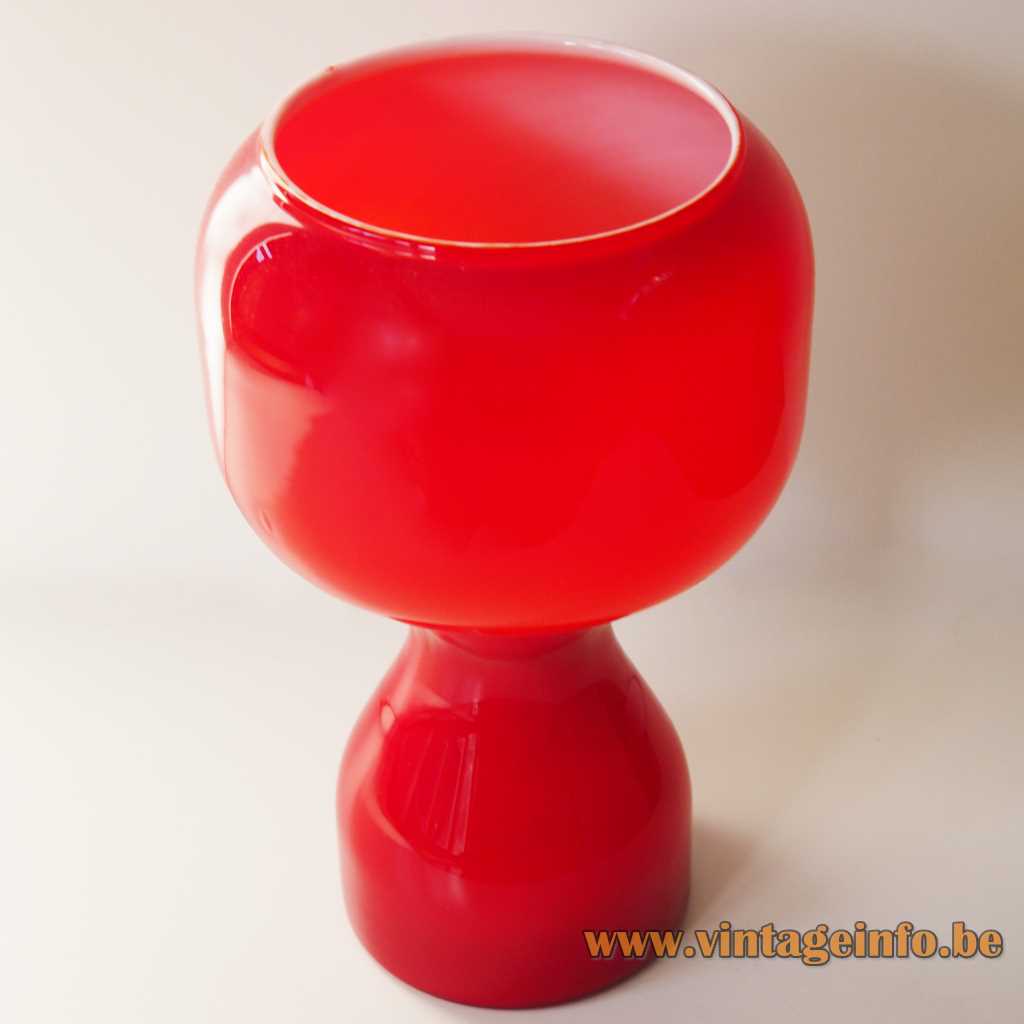 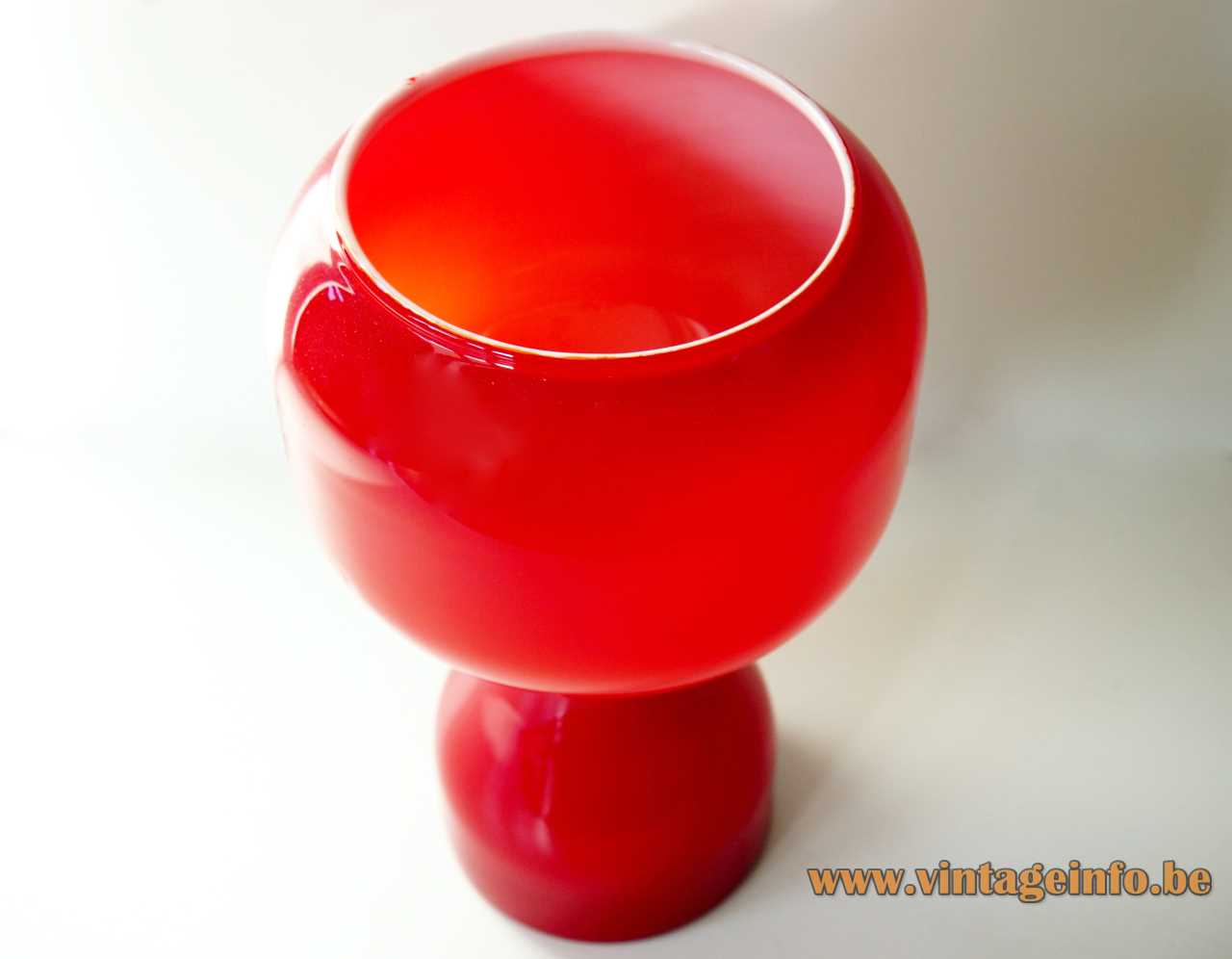 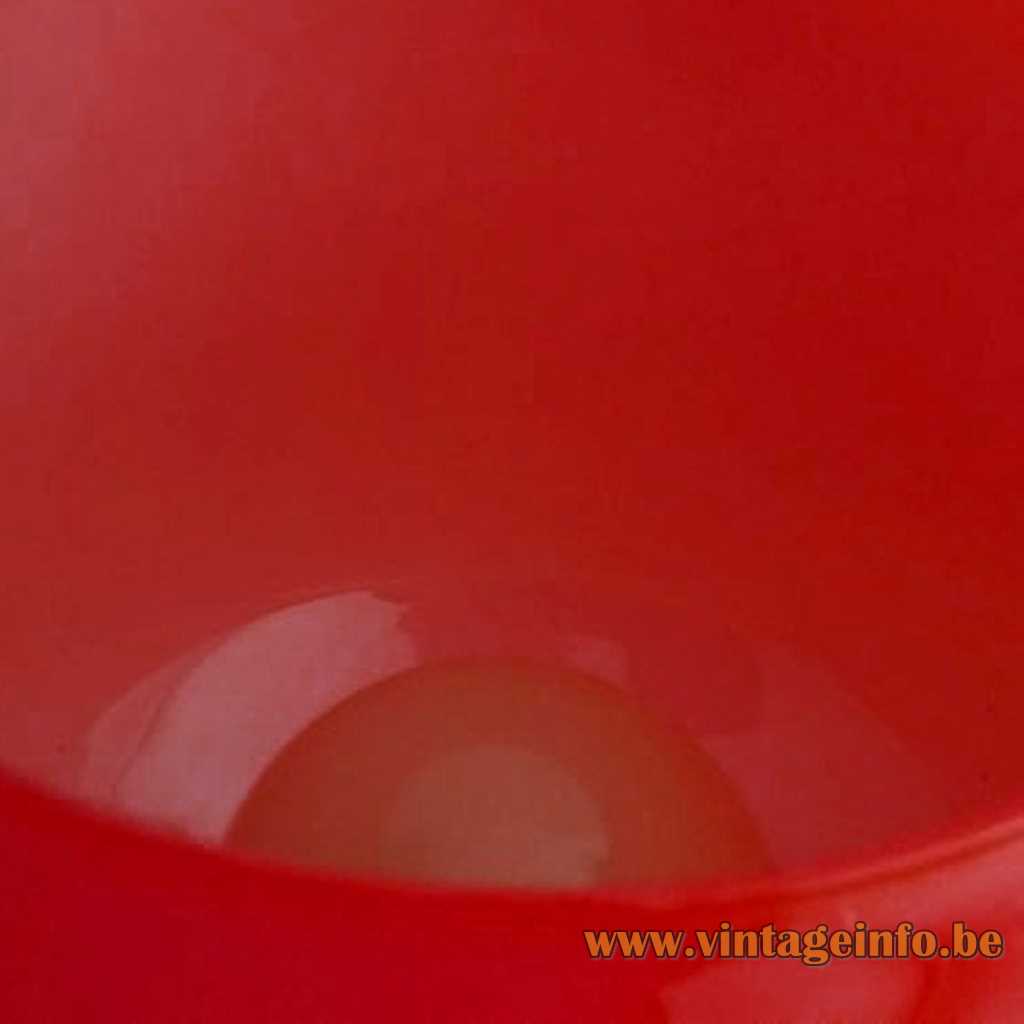 Biography and many other lamps designed by the two brothers. Expo 1970 photos

Materials: Round base & lampshade made 1 piece of red glass, white on the inside.  Brass or plastic rod and nut. Bakelite E27 socket.

Other versions: This 1970s Tahiti table lamp exists in many colours. Made in slight variations over the years. You also find them with a metal bottom plate.

It is always said that this lamp is made by Philips and that it is a design by Jean-Paul Emonds-Alt, but it is not. It also has no name. The Tahiti lamp is the German name of the Tobrouk lamp. In all probability they changed the name because Tobruk is a city in Libya were during World War II several battles were fought.

You never find these table lamps with a label of the Philips company. Sometimes a label of Massive is present. The glass for this lamp was made by De Rupel from Boom, Belgium. It was also produced as a vase.

Jean-Paul Emonds-Alt designed the Tobrouk lamp for Philips, a table lamp in the same style, as you can see.

The director of the glass factory asked him if he knew someone who could make modern designs. He first asked his sons that then studied at the academy in Antwerp. In the period 1968 – 1969, the duo designed a whole series of lamps for De Rupel. Al the lamps were hand blown in steel moulds. The test pieces were first blown into wooden moulds.

The glass-works went bankrupt in 1975 after it merges with 3 other Belgian glass companies: Doyen, Boussu and Verreries Nouvelles de Manage (New Glass works of Manage). The fusion was without success. Glass production in Belgium became to expensive. De Rupel was the only factory that made a slight profit. The joint name was MANUVERBEL (Manufacture Belge du Verre – Belgian Glass Factory).

On this page a fragment of the duo, recorded in Wetteren on March 14, 1969. The ladder of the two weird guys caught fire on the market and the fire brigade had to rush out…

Massive sold many lamps made by other companies, you can find many examples on Vintageinfo.

A 1970s Tahiti table lamp was used as a prop in the 2020 French-Flemish crime TV series Cheyenne & Lola. Starring Charlotte Le Bon, Veerle Baetens and Alban Lenoir. Filmed on location at the coast in Picardy in the north of France. Here together with a Barbier style table lamp and a lighthouse table lamp. 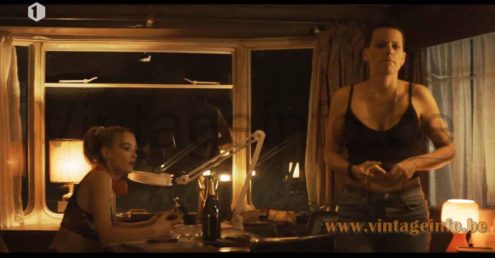 Many thanks to Ger for the beautiful pictures and enthusiasm, and Herwig Sterckx and Fred for the enlightening information.