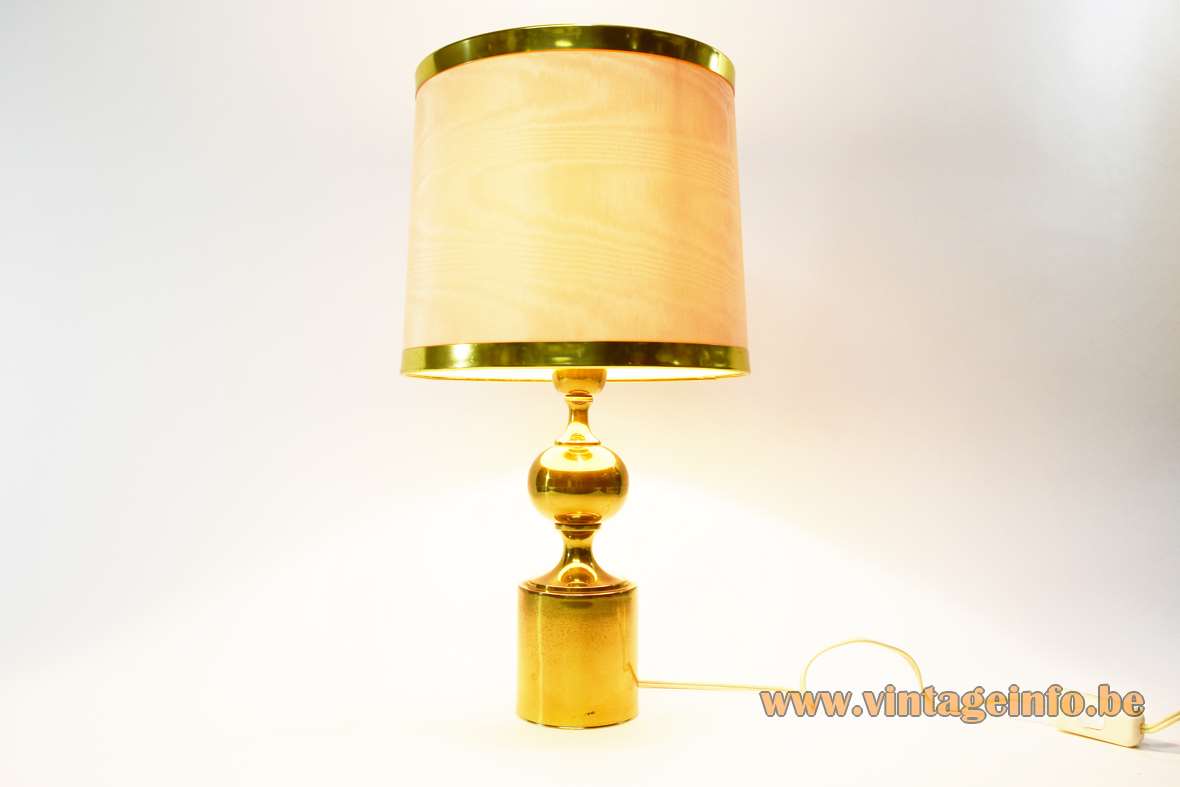 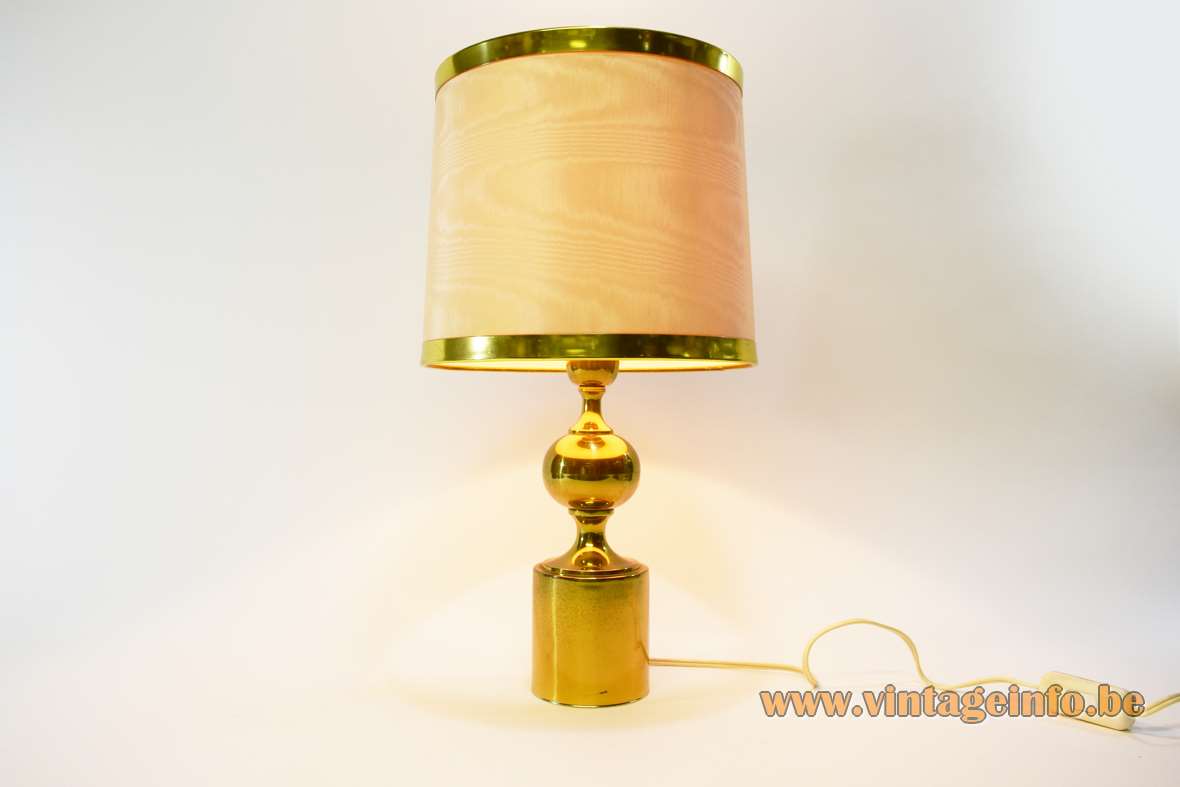 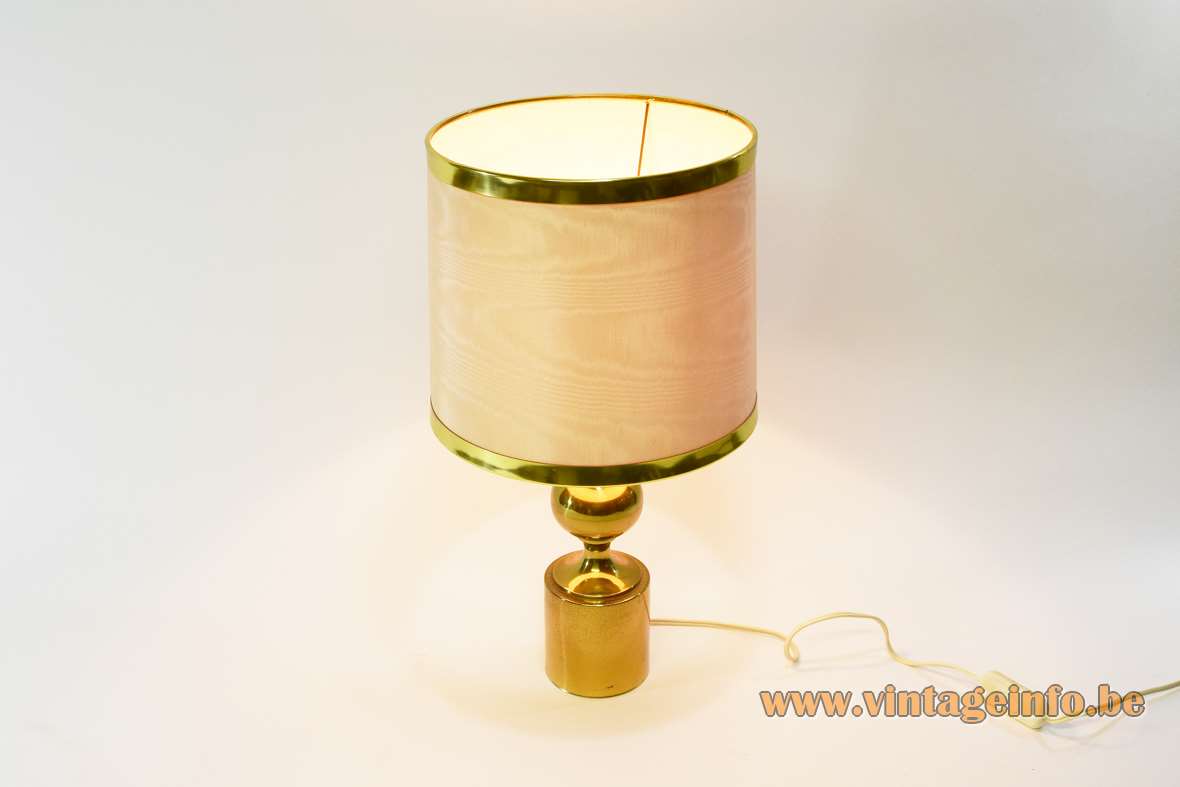 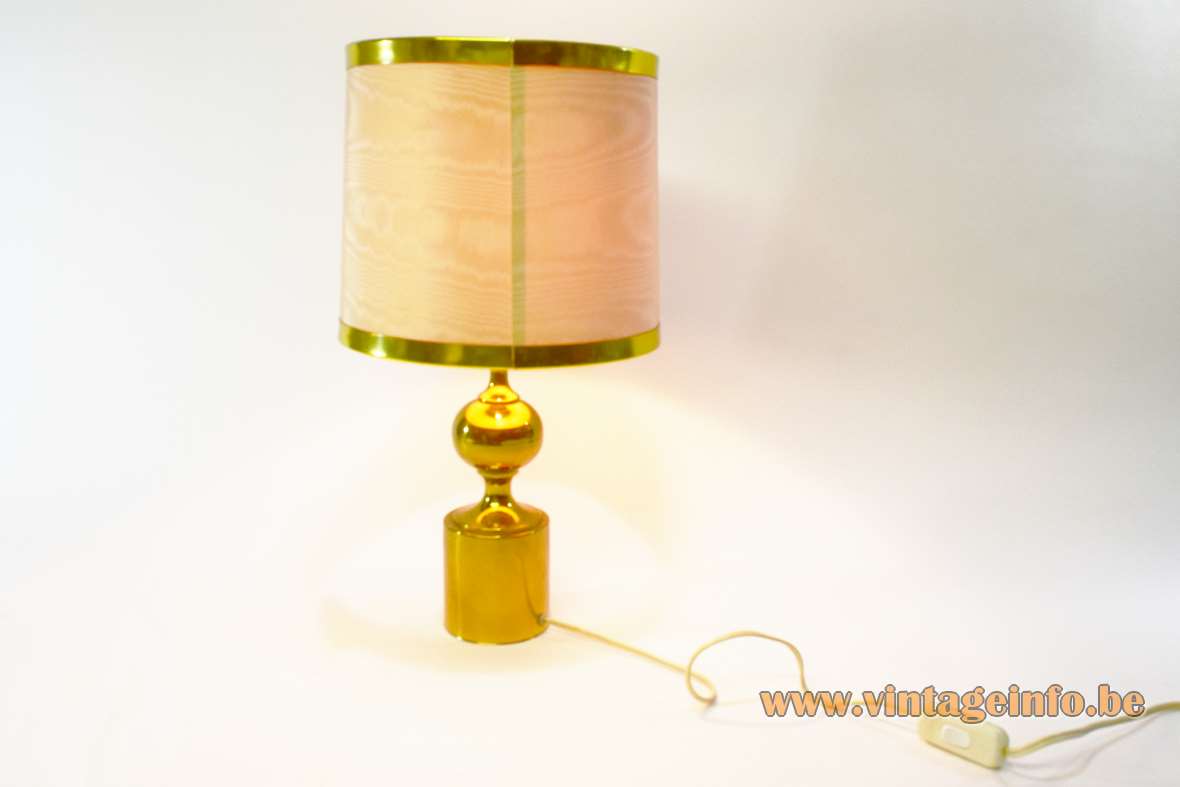 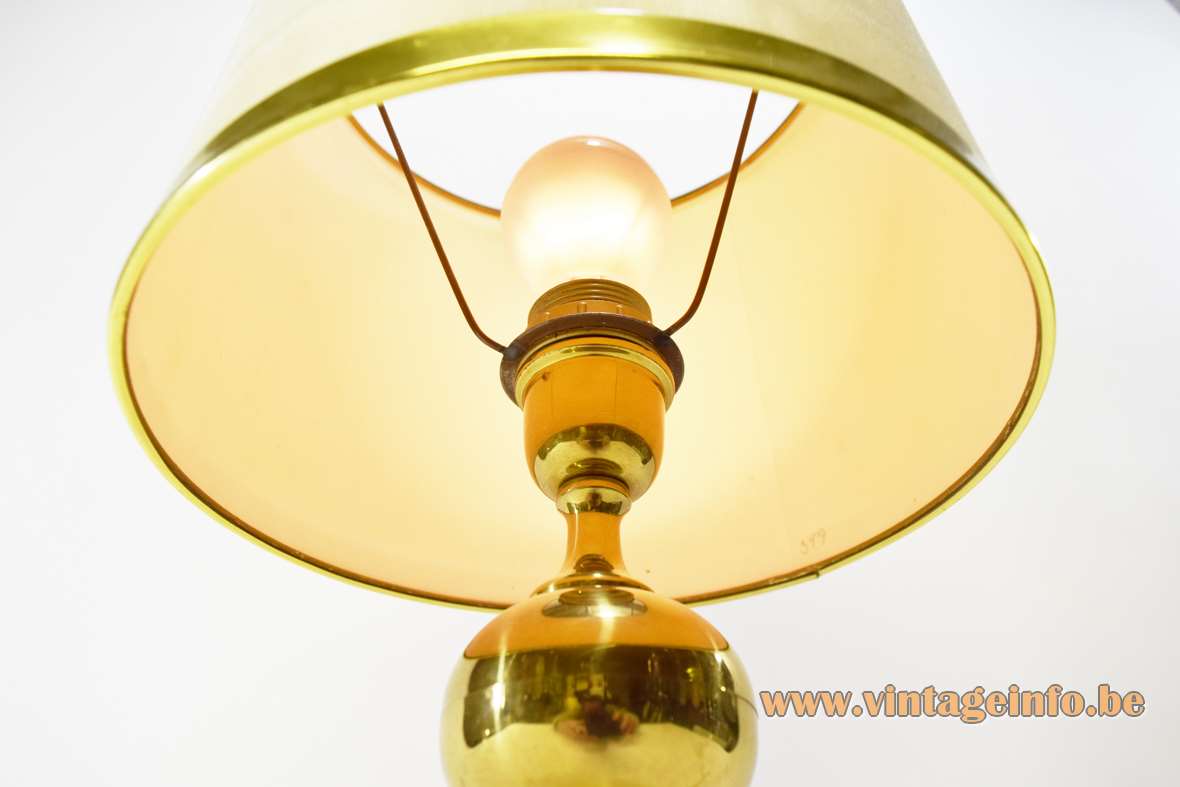 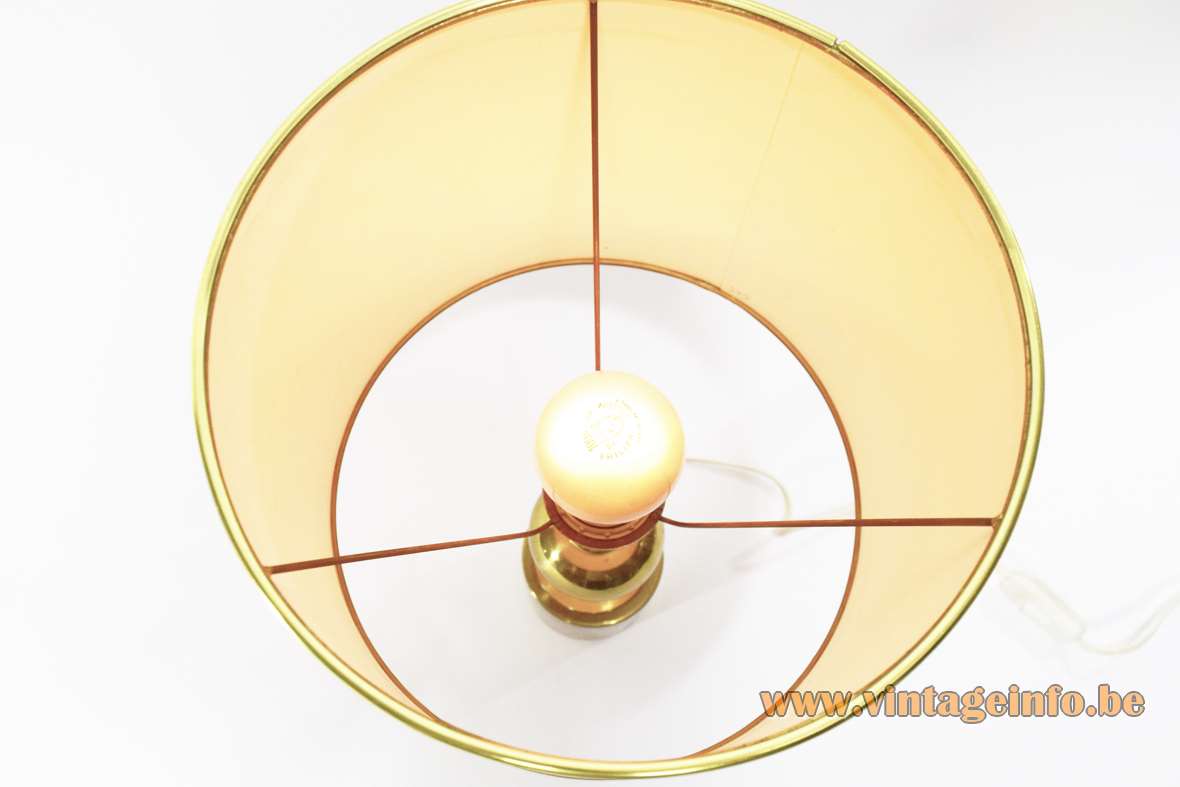 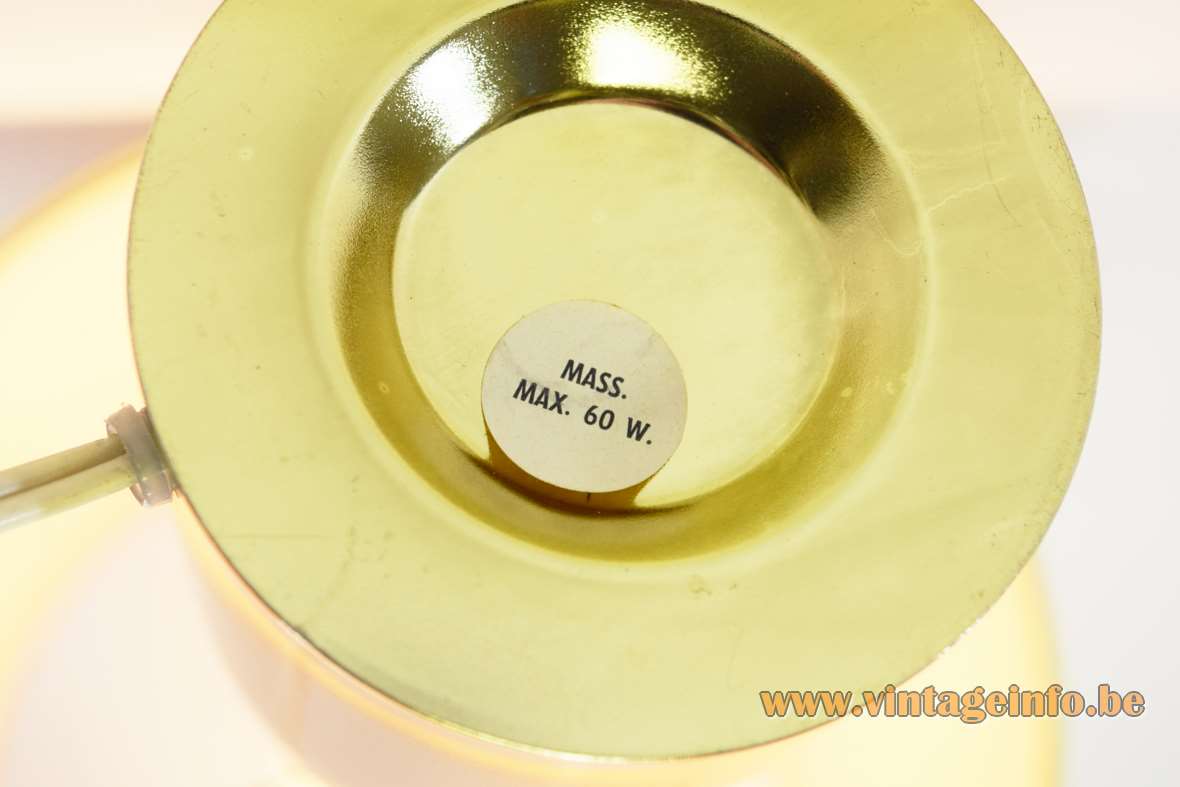 Designer: To be appraised. Based on a design by Philippe Barbier.

Other versions: This 1970s brass table lamp was also made in a chrome version. It was also sold with several different lampshades. Exists in some variations and in a larger size. Produced for several years; from the late 1970s until the early 1980s. The chrome version can be found here on Vintageinfo.

Label on the bottom: Mass. Max. 60W. (Massimo Maximum 60 Watt). Massimo is the Italian word for maximum. Max. is used for every other language in Europe were Massive sold lights at that time. At Massive they were economical with labels. They started using labels when the government had compelled them to do so. The first labels that became mandatory in Europe (EEC) were stickers that stated the maximum power of the light bulbs to be used. Later on Massive used the same round labels with the same font that says: Mass. Max. 60W., Made In Belgium and also a label exists with Massive Mass. Max. 60W. As you can see below.

Massive  was in origin a bronze foundry and they produced mainly candlesticks, crucifixes and chandeliers in Wilrijk near Antwerp, Belgium. The company was founded in 1926 by Pieter-Jozef De Jaeck. His son Eddy De Jaeck was responsible for the huge expansion of the company in the 1970s. But it were his sons, Piet and Jan De Jaeck who made Massive a true multinational. Thus, they moved production to Eastern Europe and China.

These table lamps became popular in the 1960s. They are made by many companies, but they all originate from designs by Philippe Barbier.

The switch and plug are replaced, unfortunately. In the original configuration it uses electric parts from VLM Components from Italy.

The upper photo on the left is the label on this lamp. 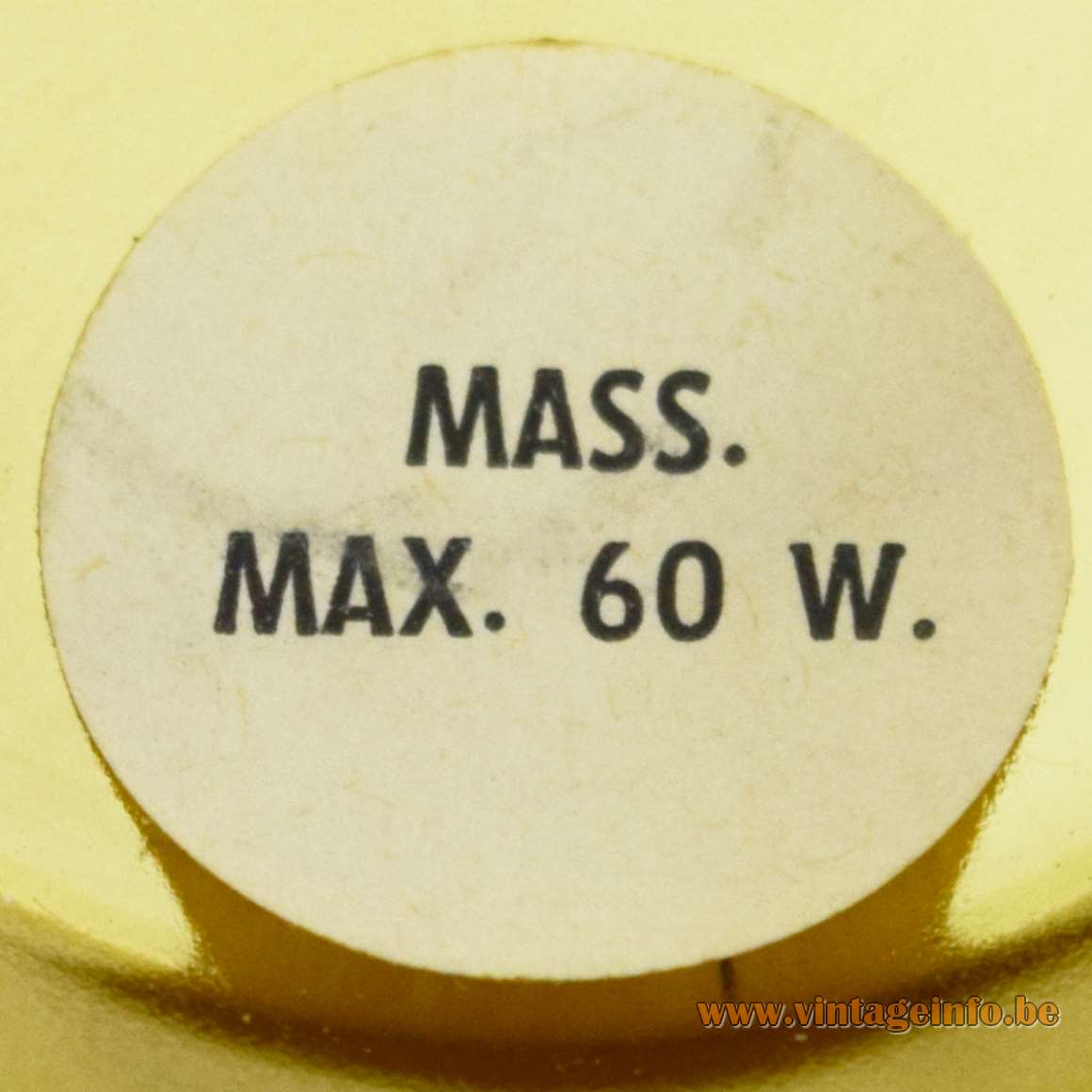 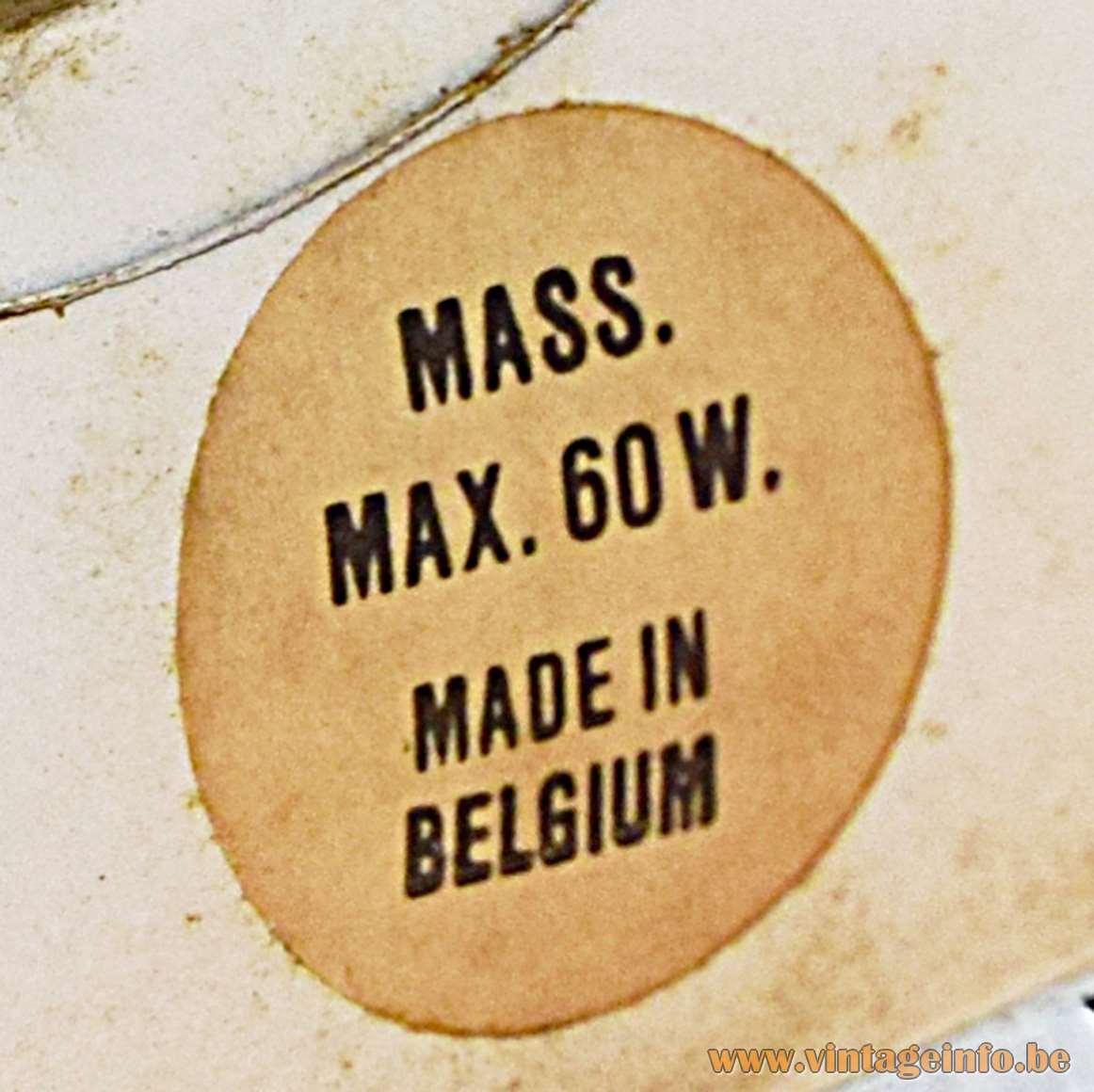