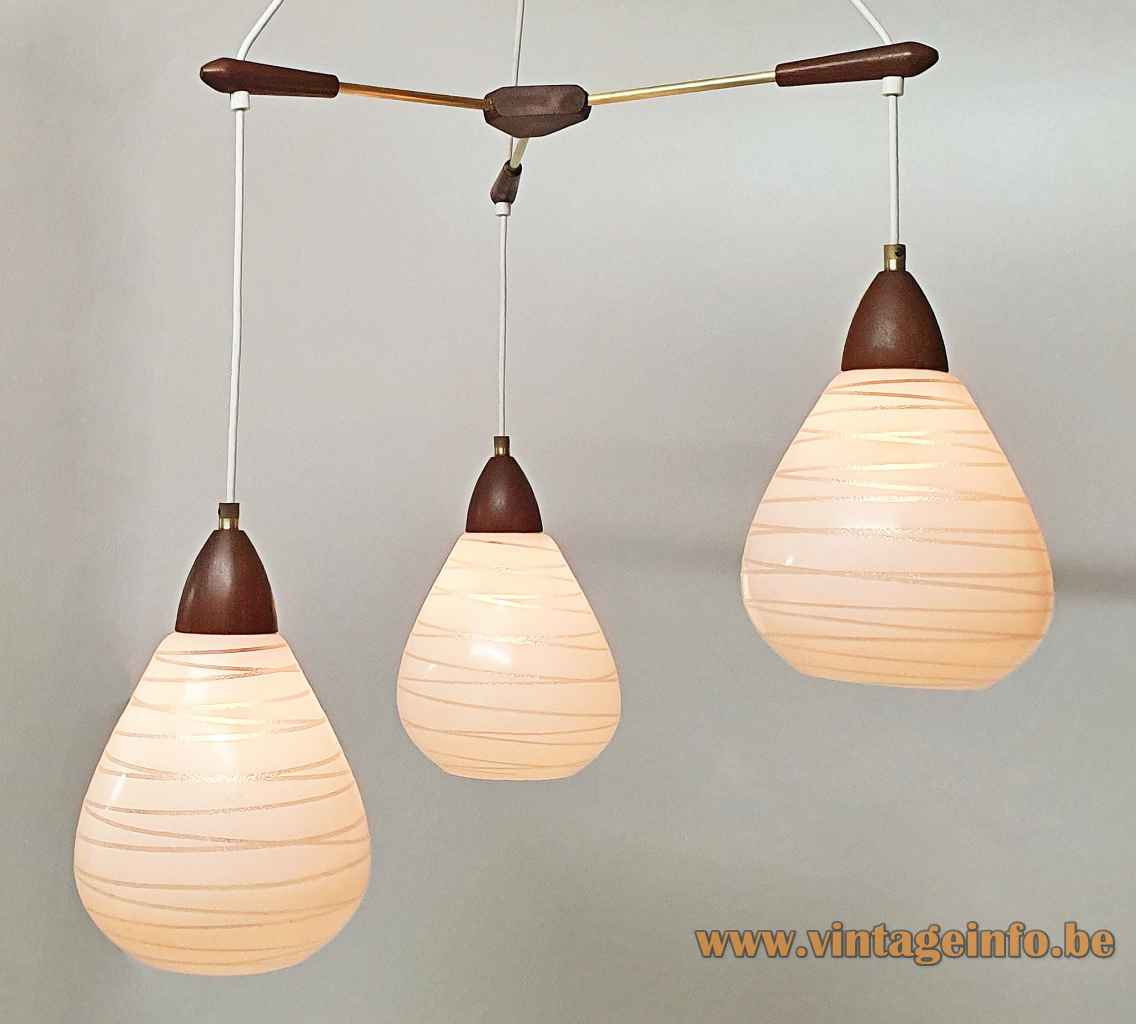 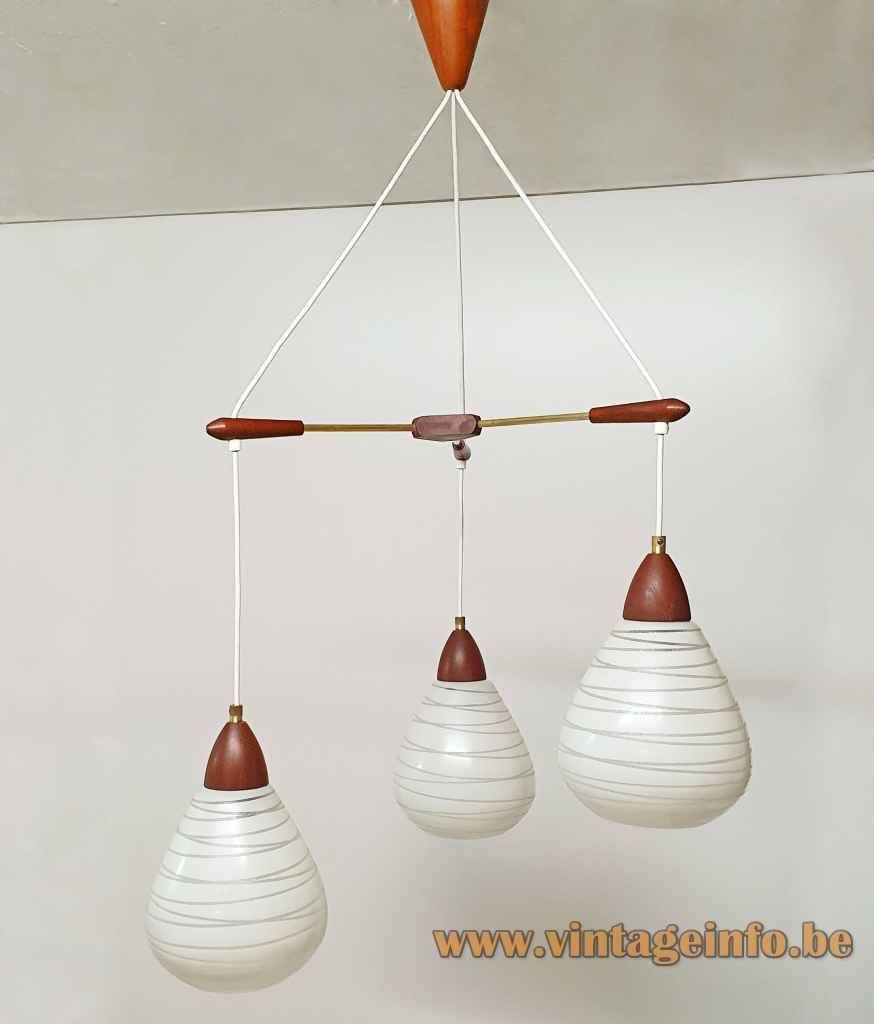 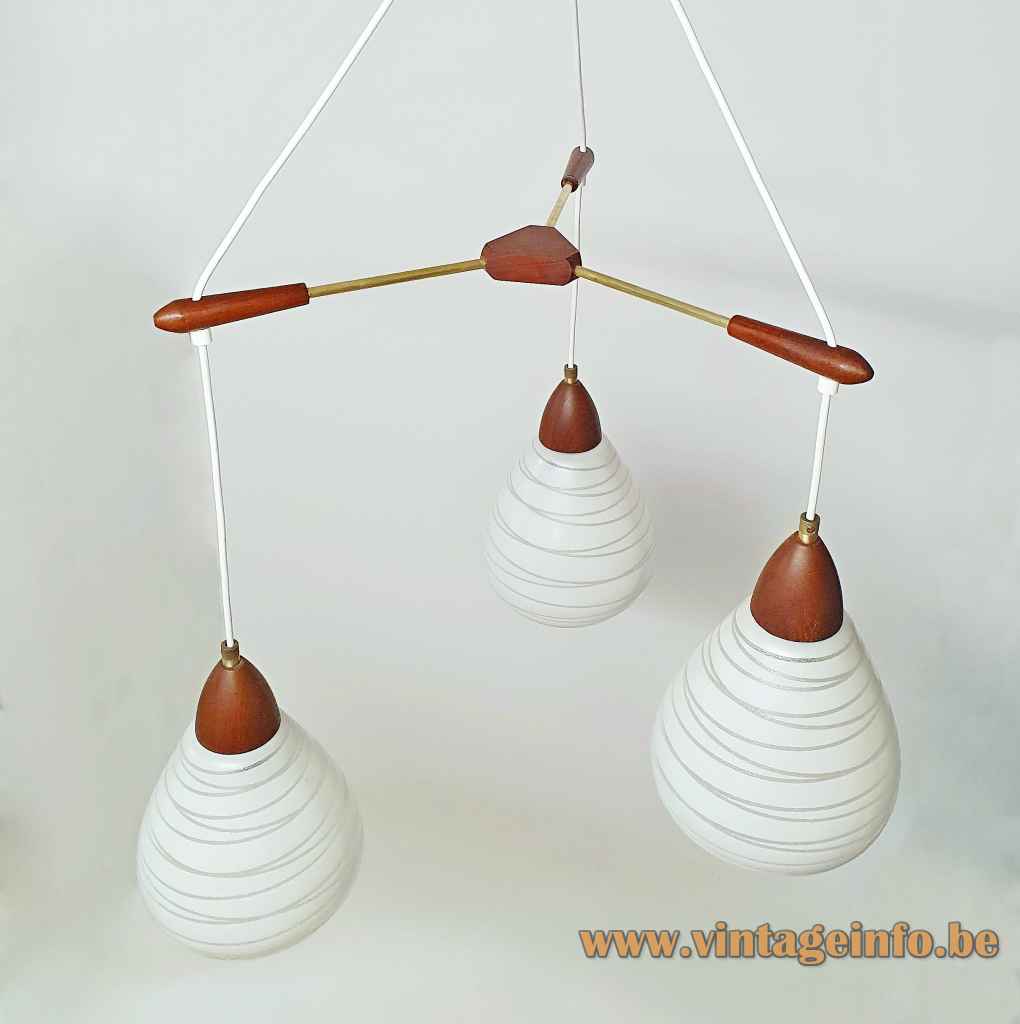 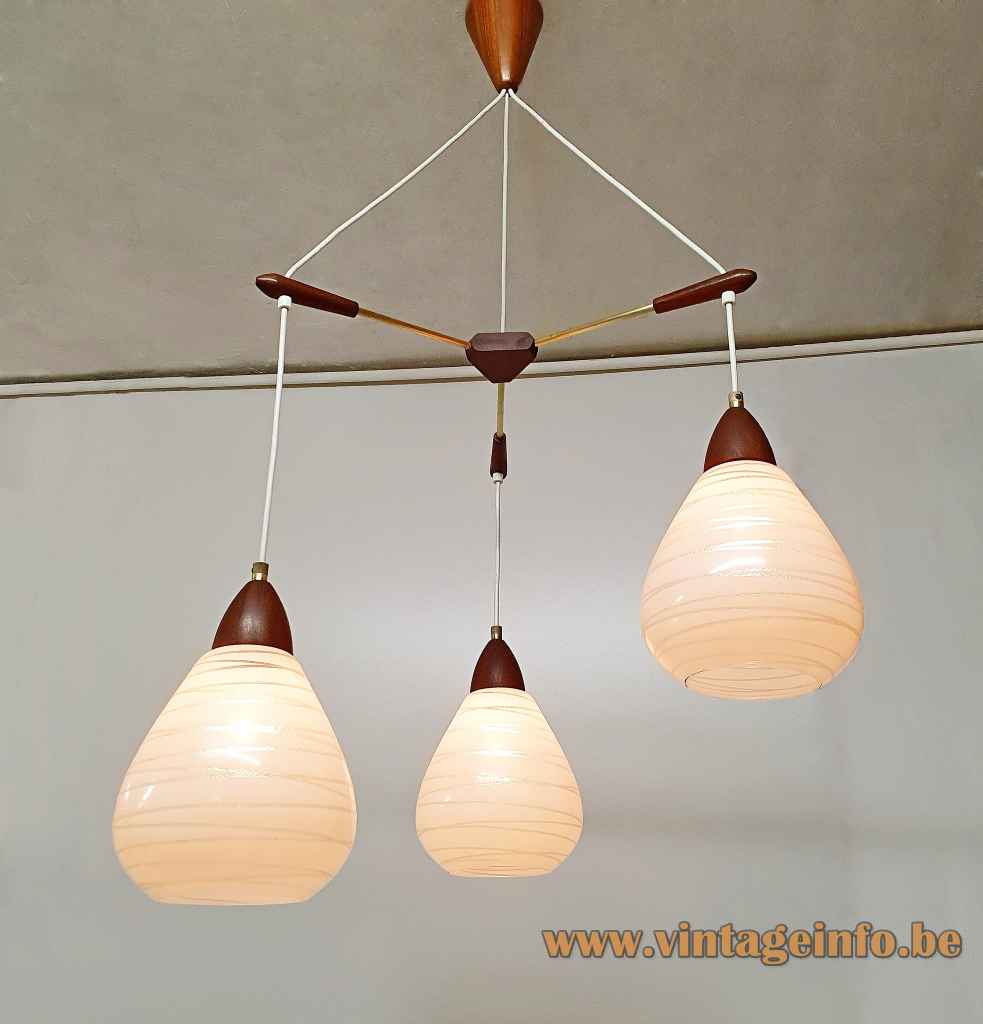 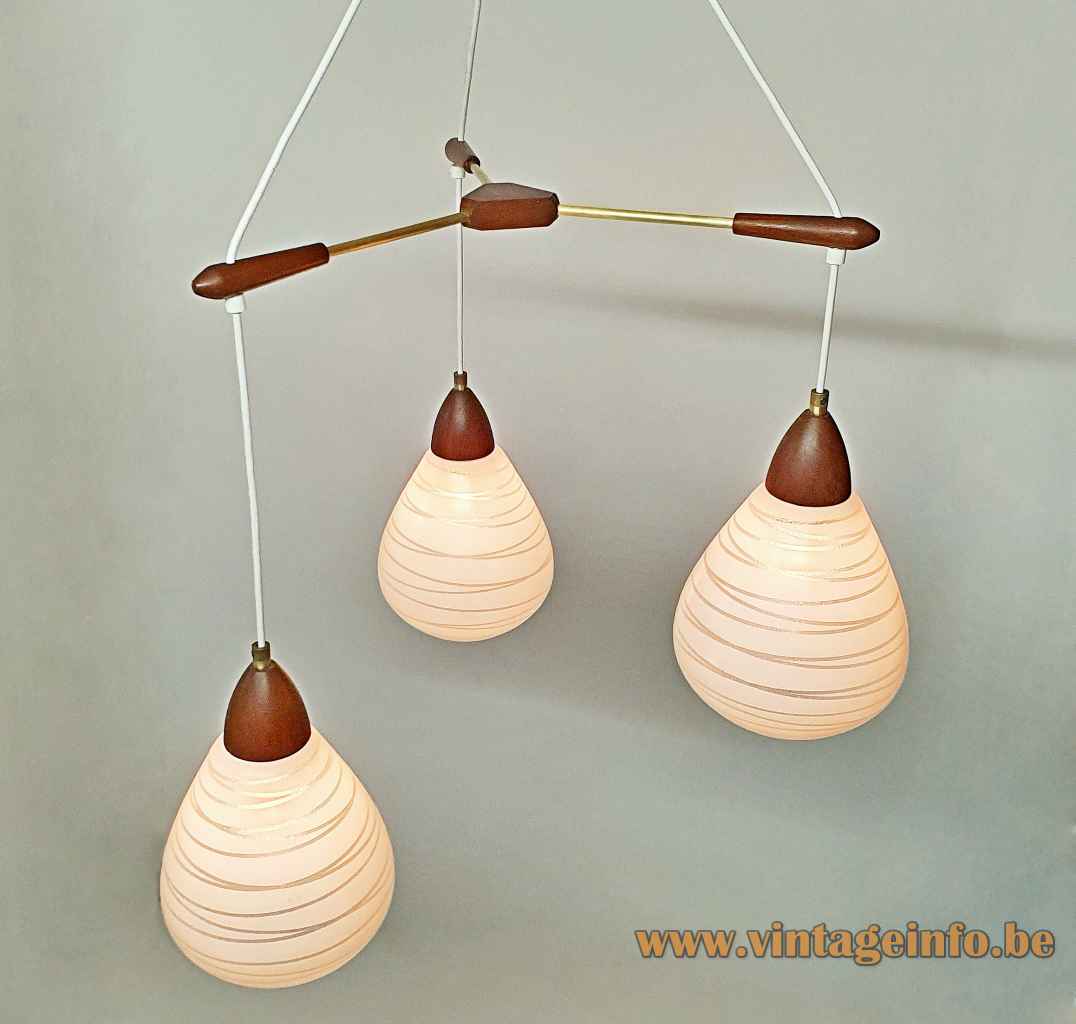 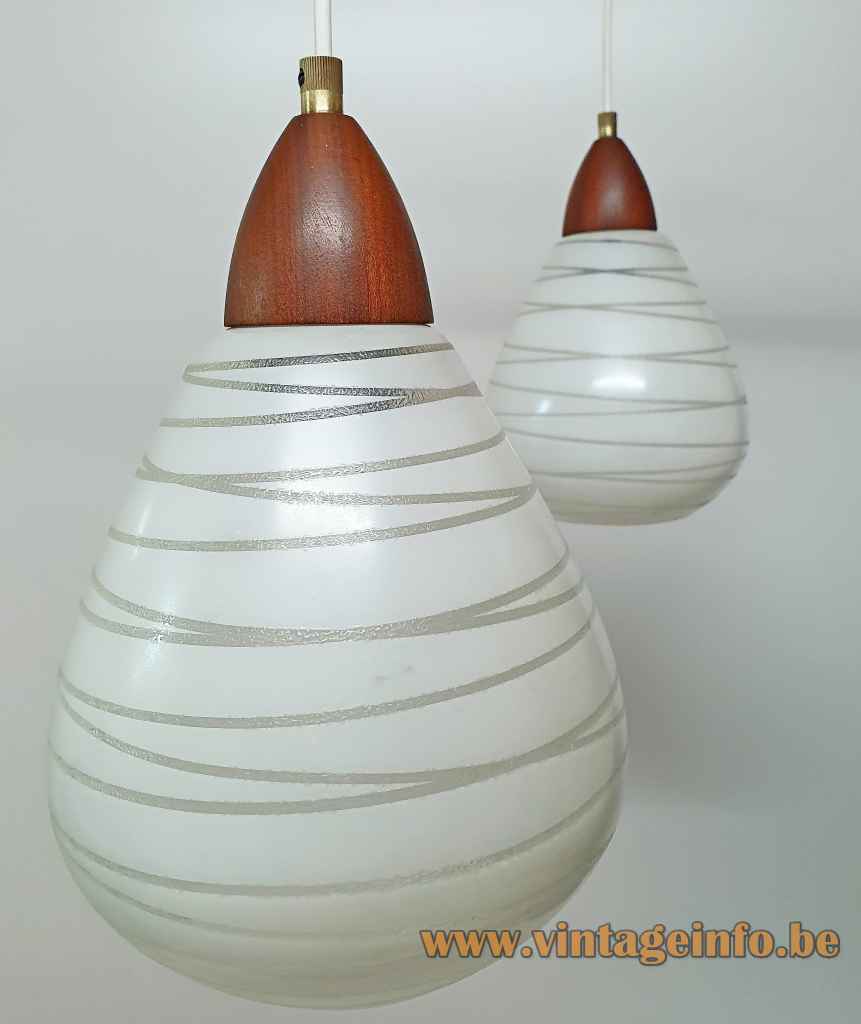 These convex conical opal glass lampshades are hand blown, none of these glasses are the same. They were in all probability made by the glass furnace company De Rupel from Boom, Belgium. A large provider of glass parts for Massive.

Often said that these lamps were made by Philips. Philips never produced lamps with wooden canopies.