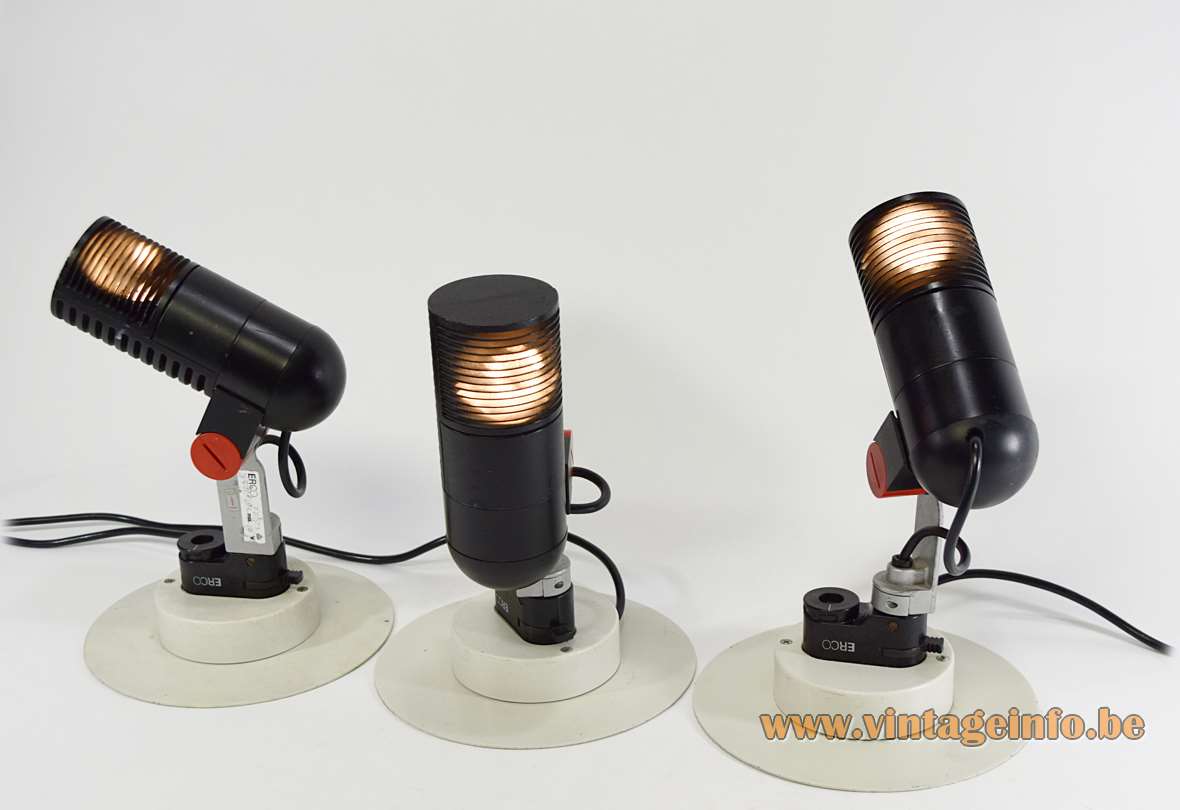 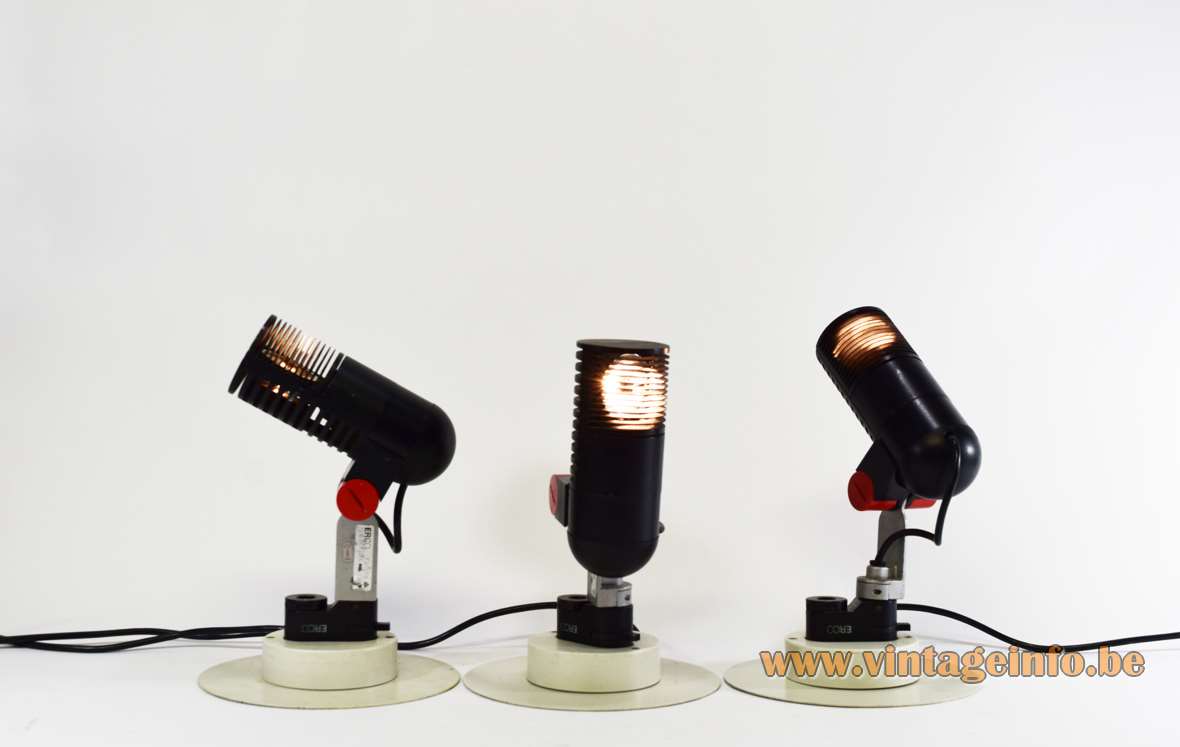 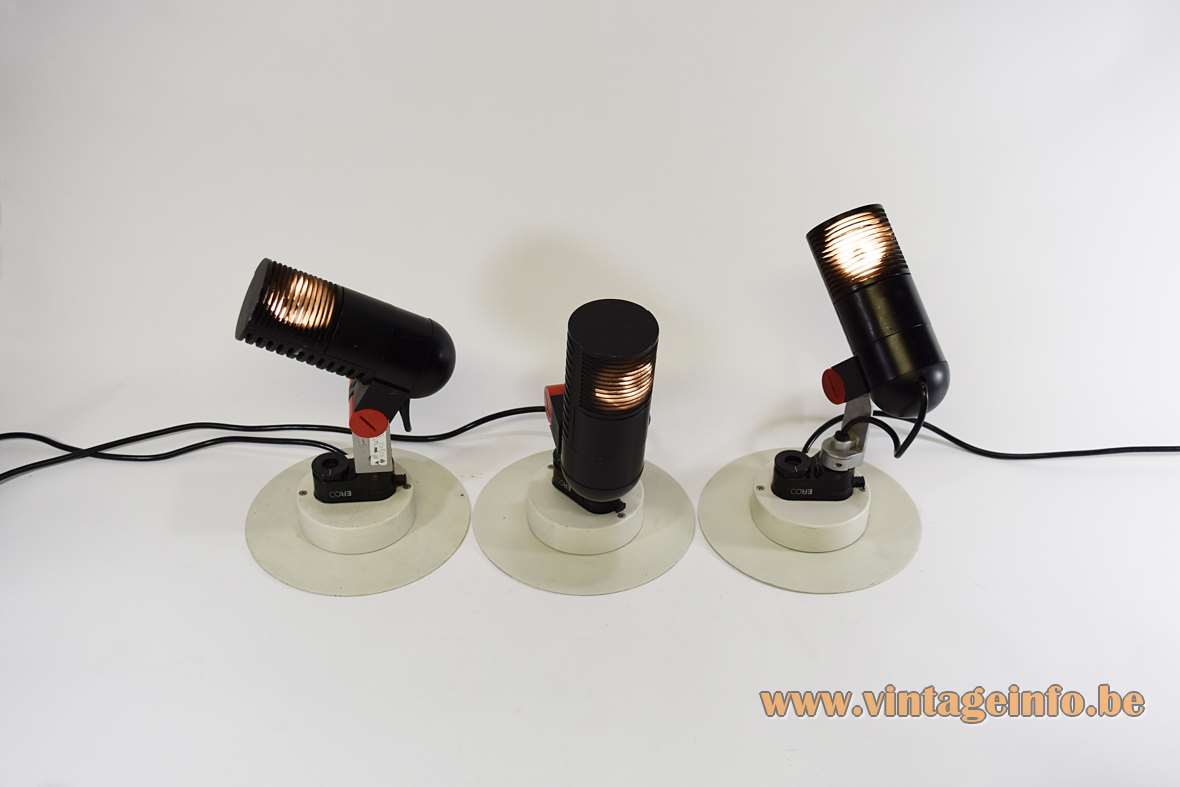 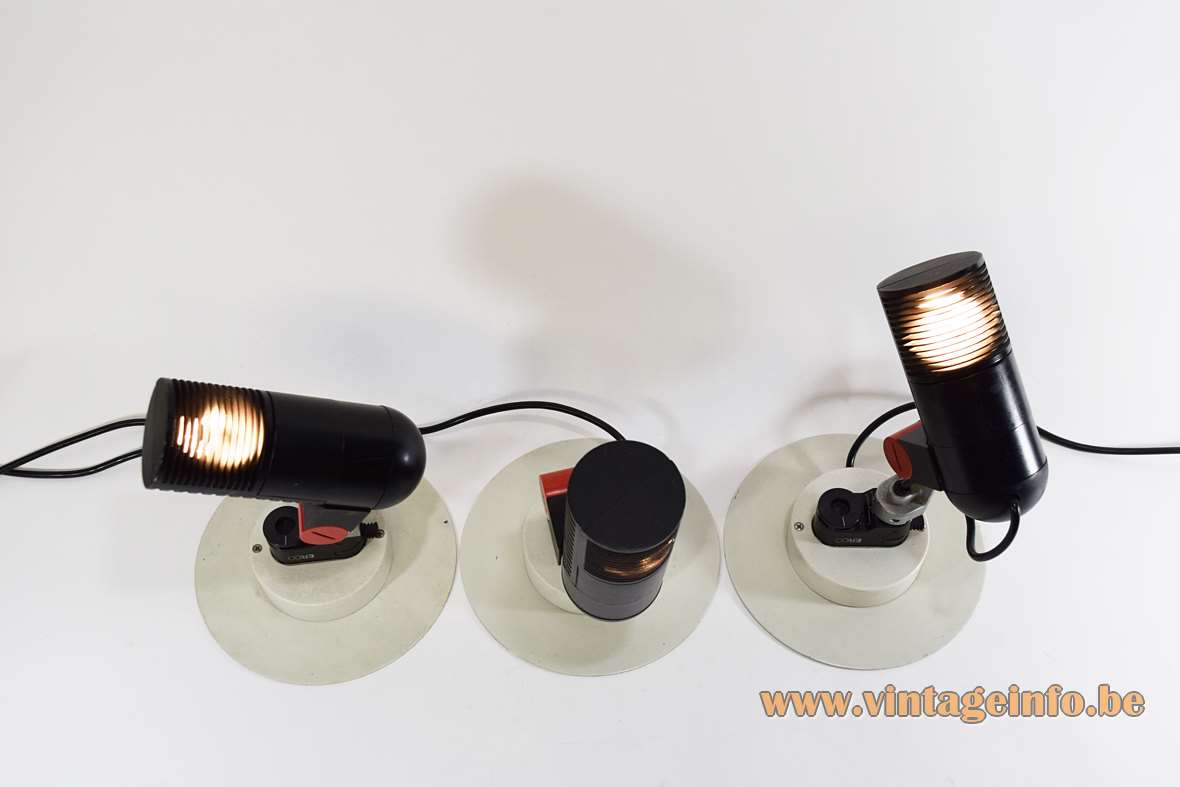 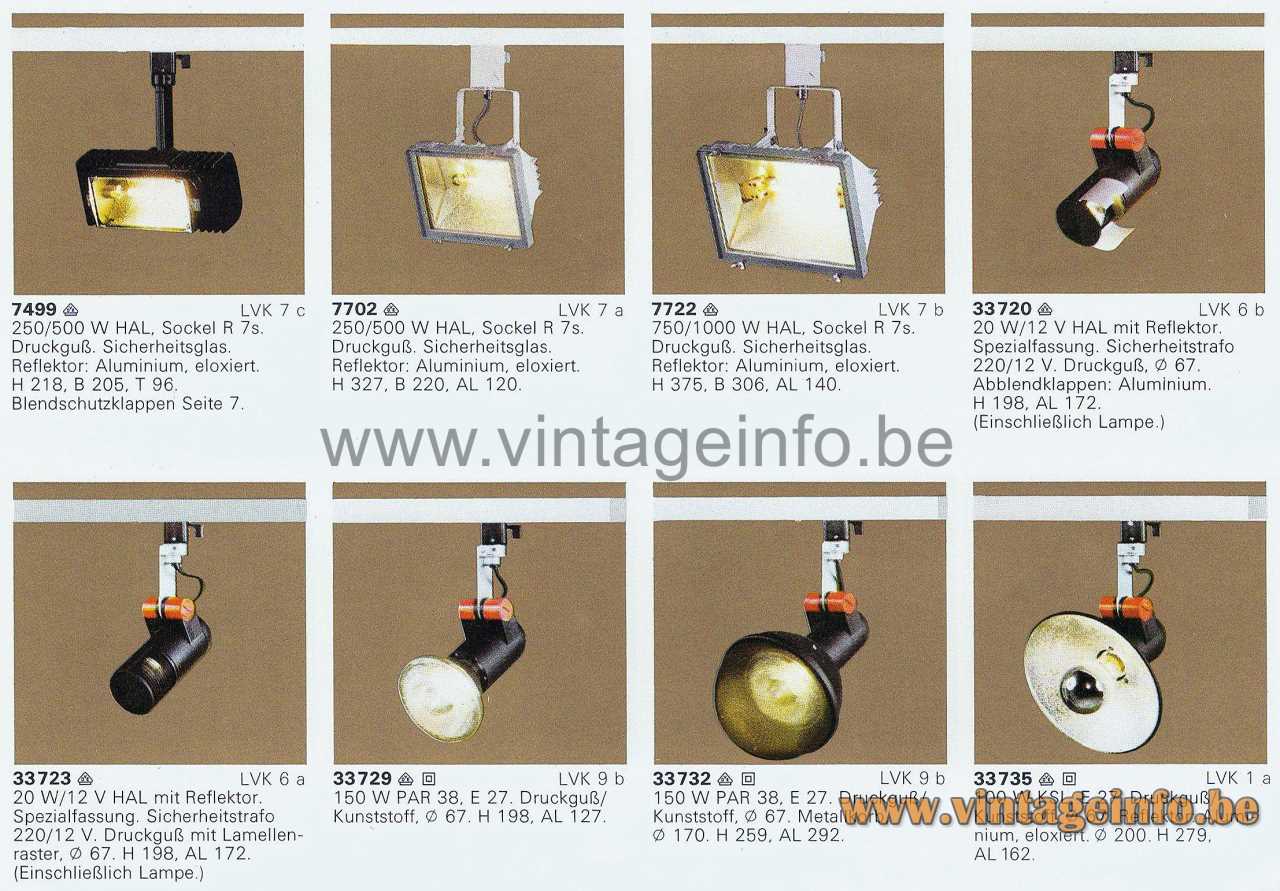 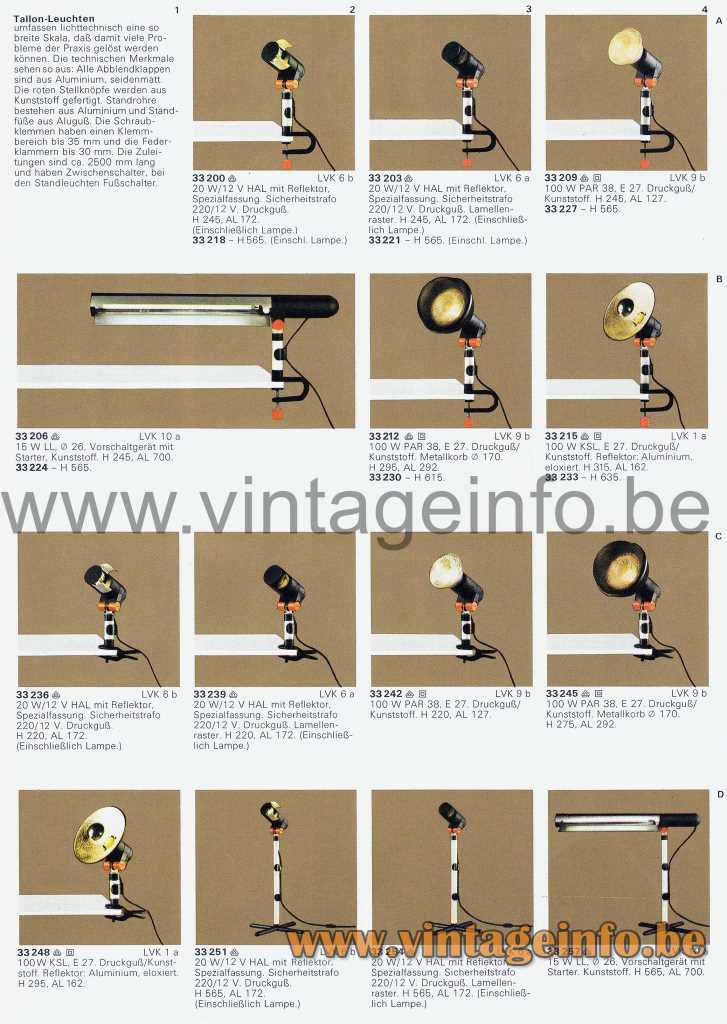 Other versions: These Roger Tallon Erco halogen spots were made as lamps on rail, floor lamps, table lamps and several other models. They also exists in white. The white base can be used for any ERCO spotlight for rail. 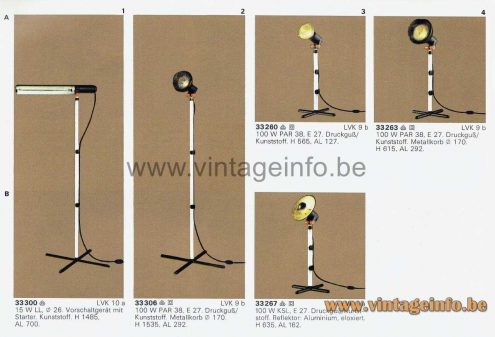 Flat round floor base, made for shop window lighting or showcase lighting. 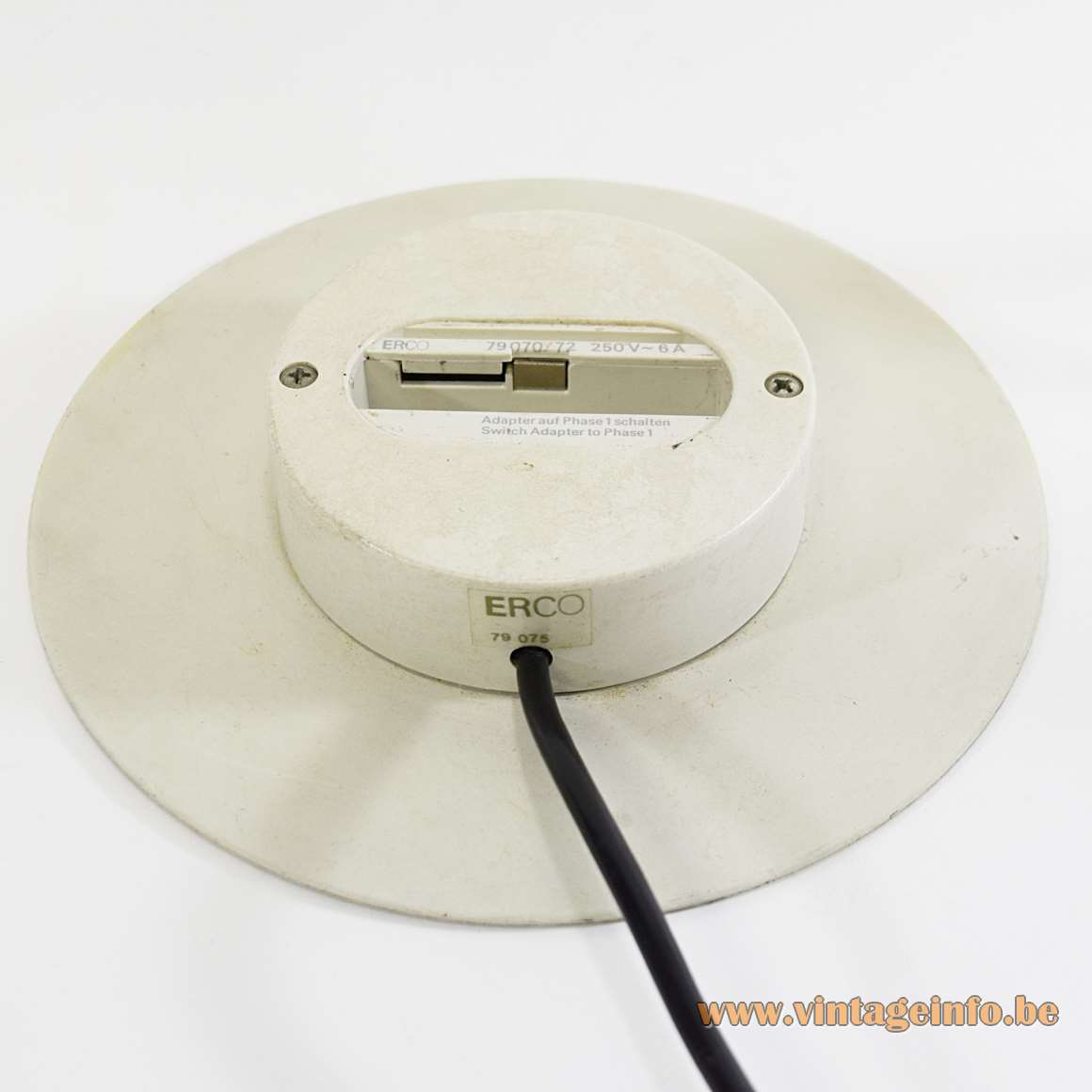 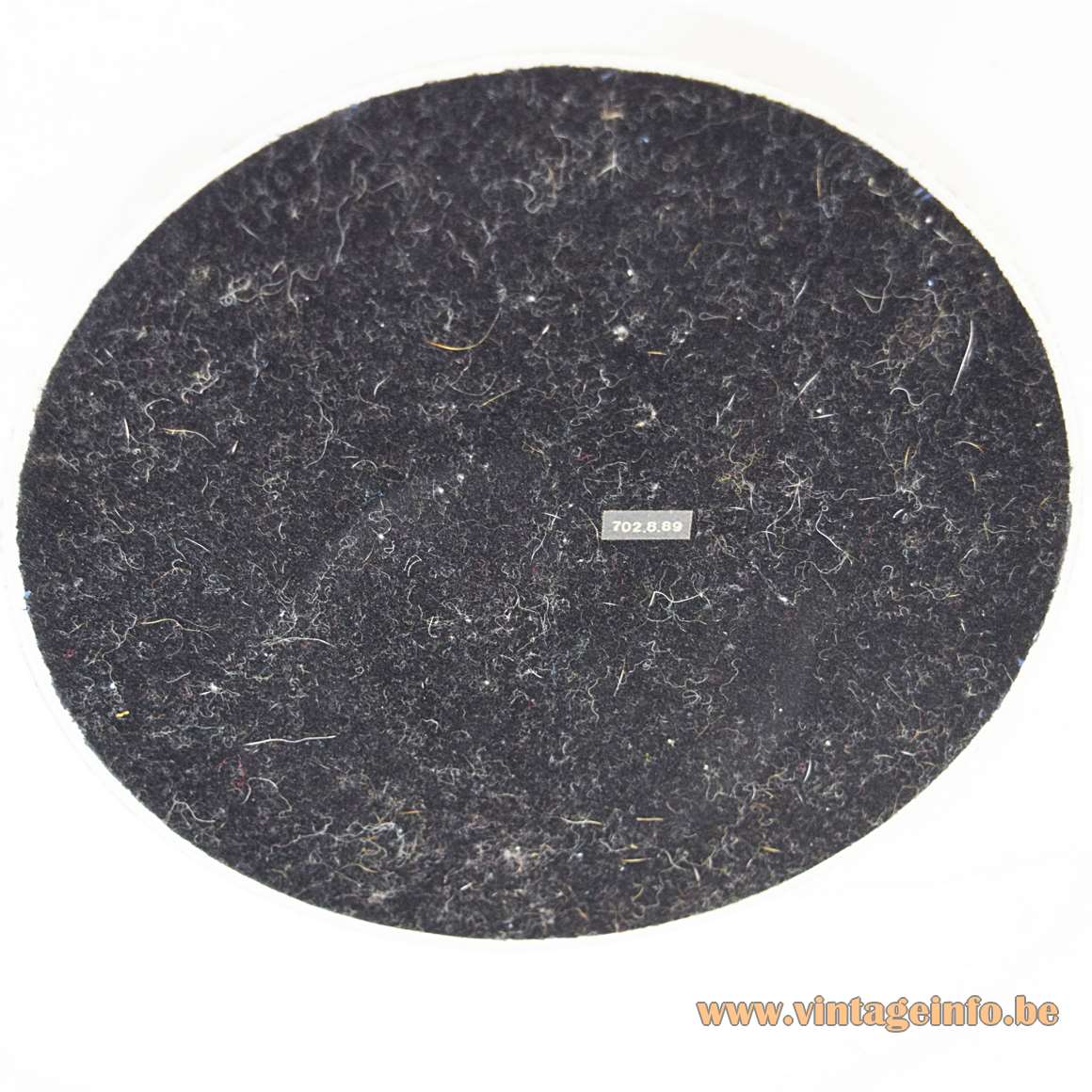 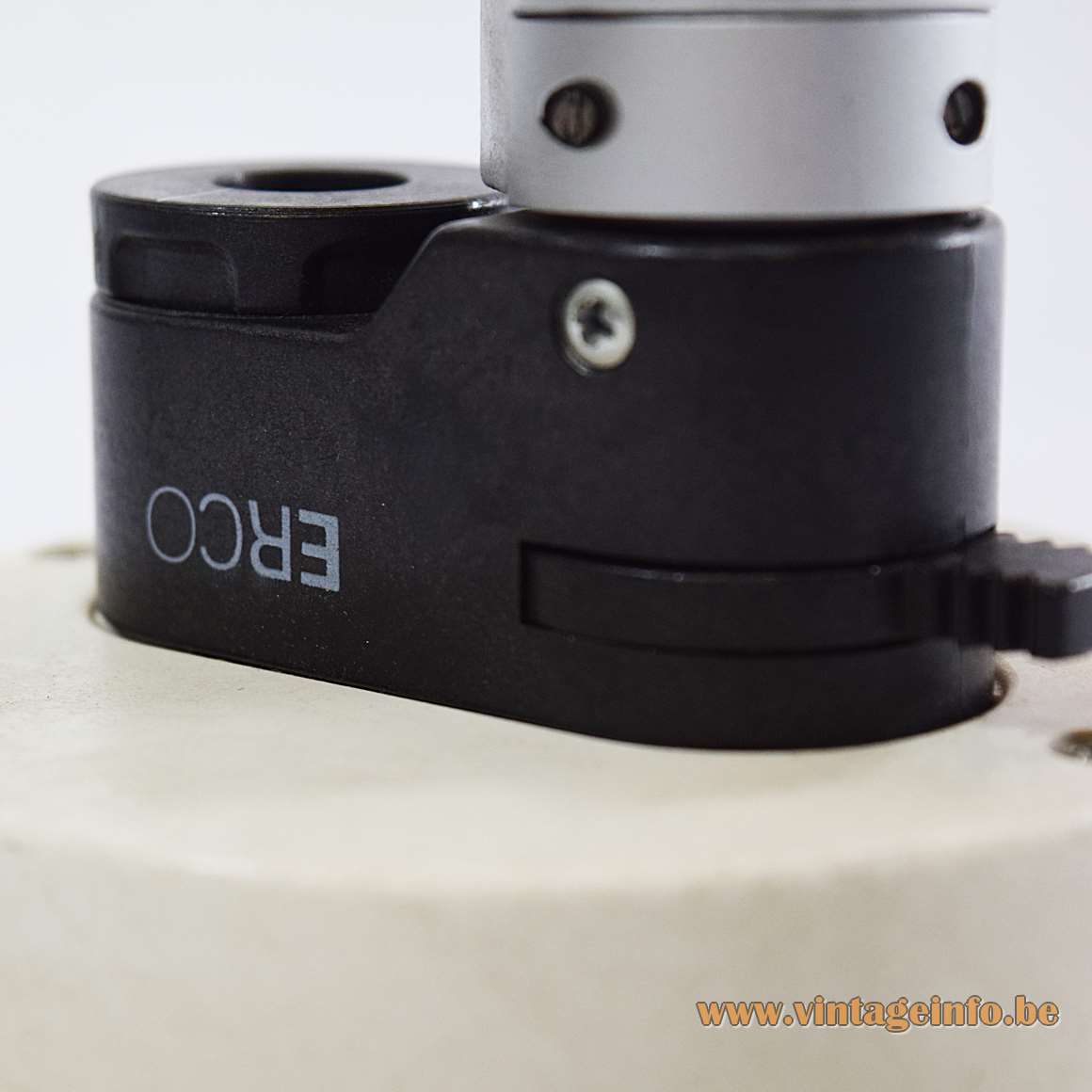