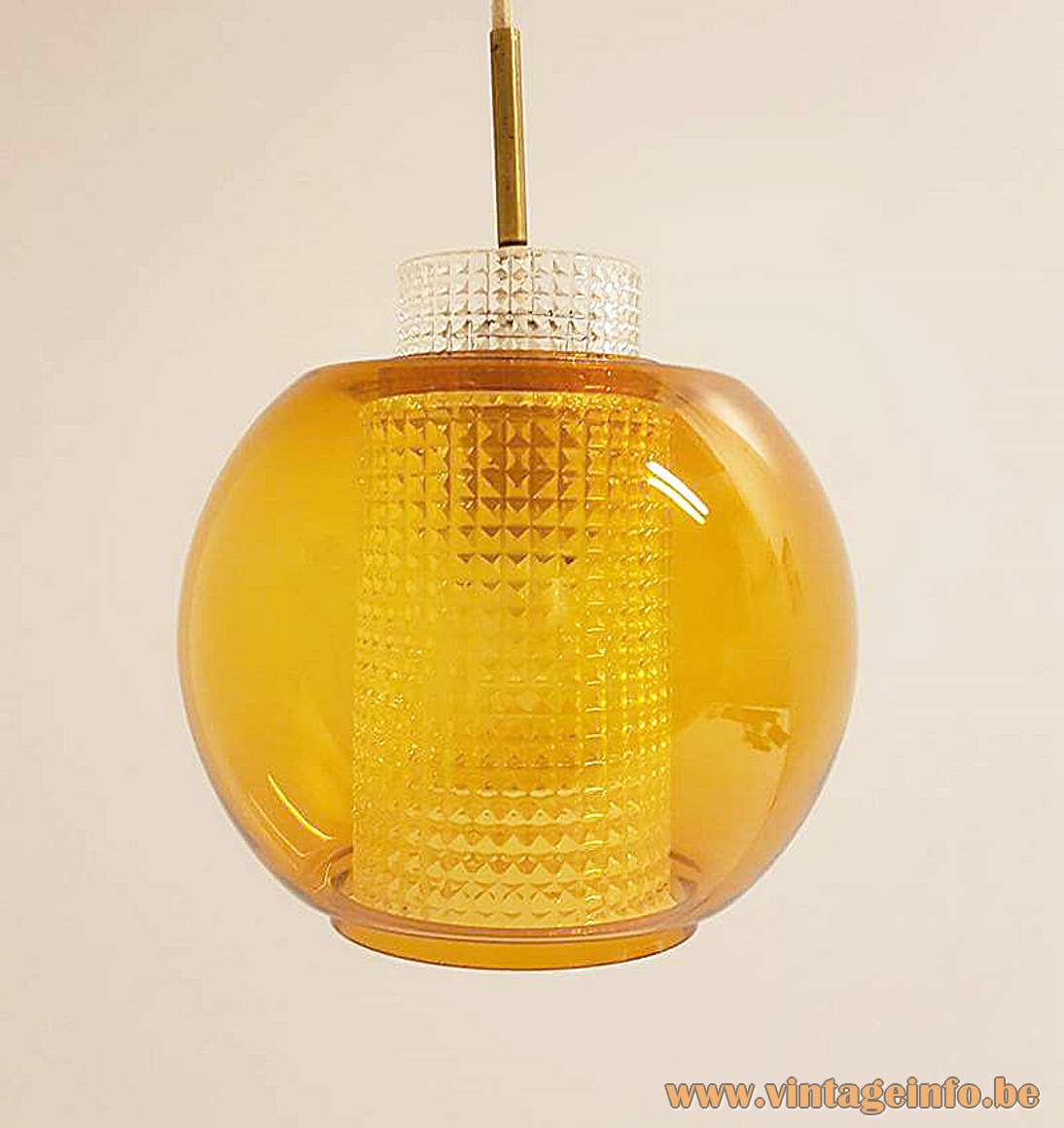 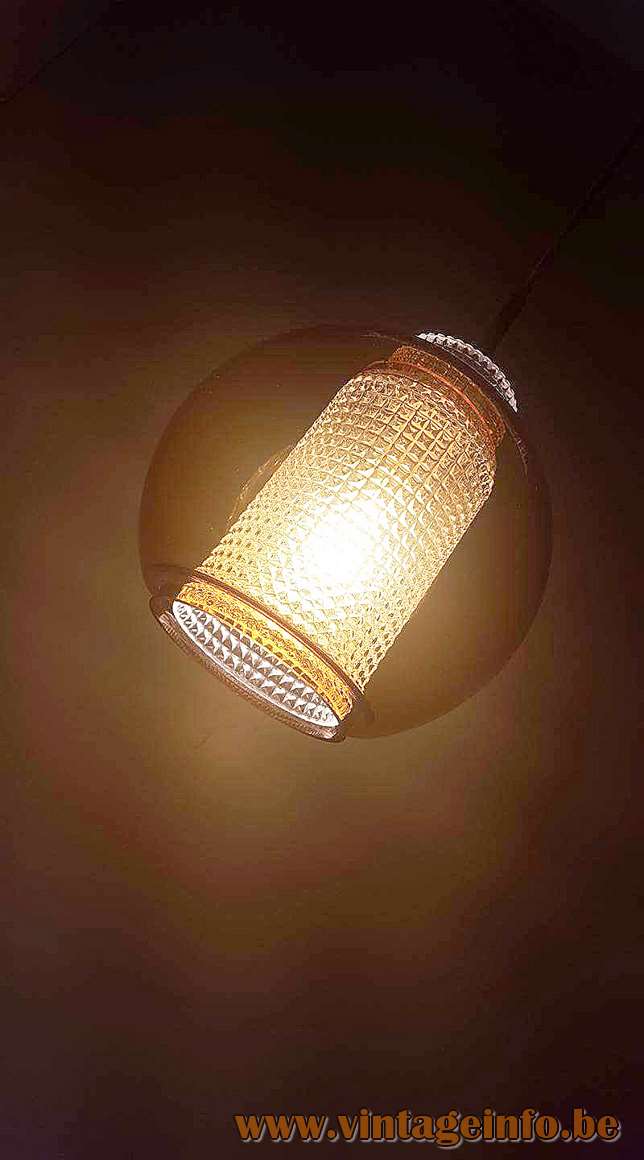 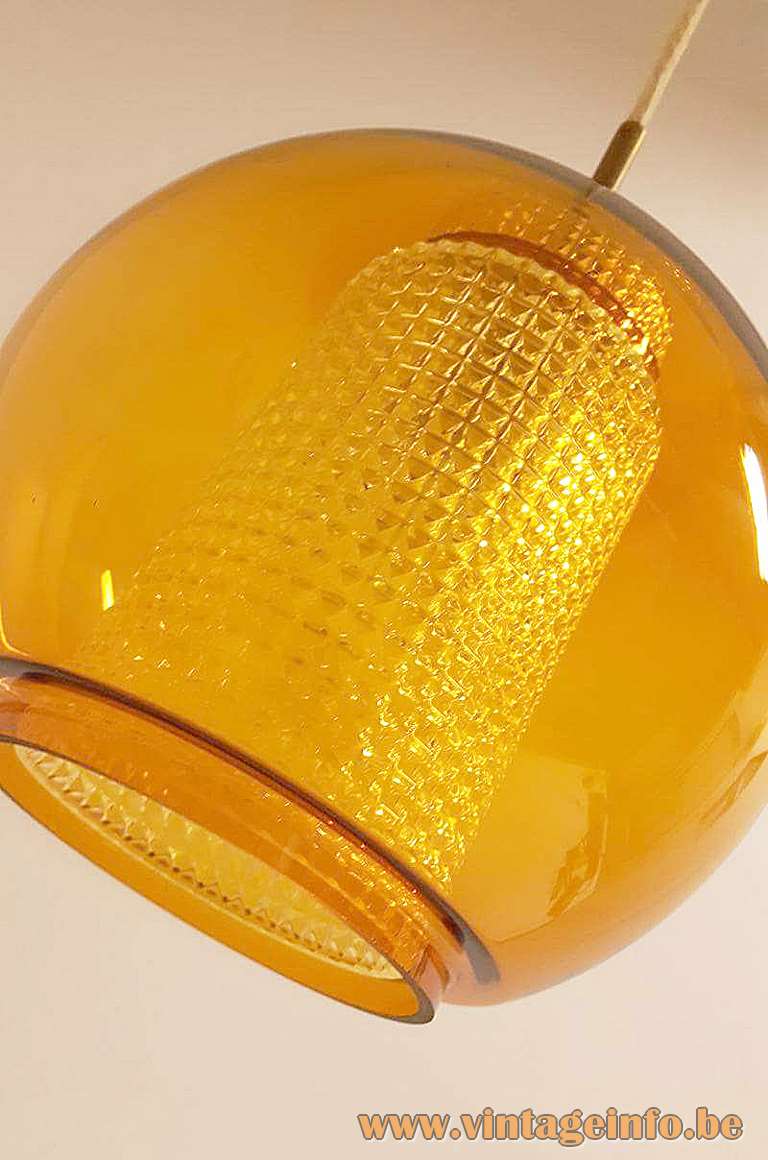 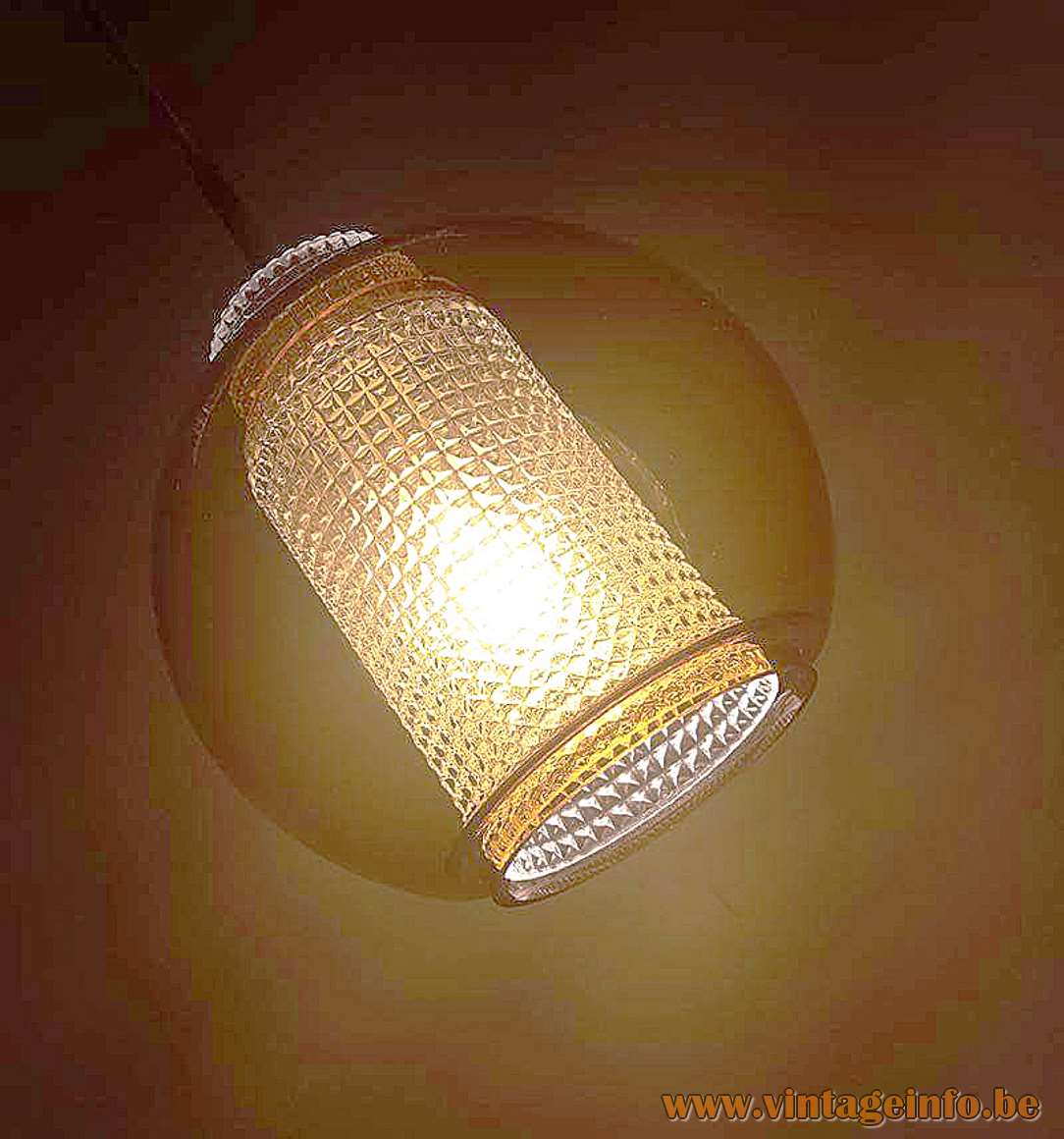 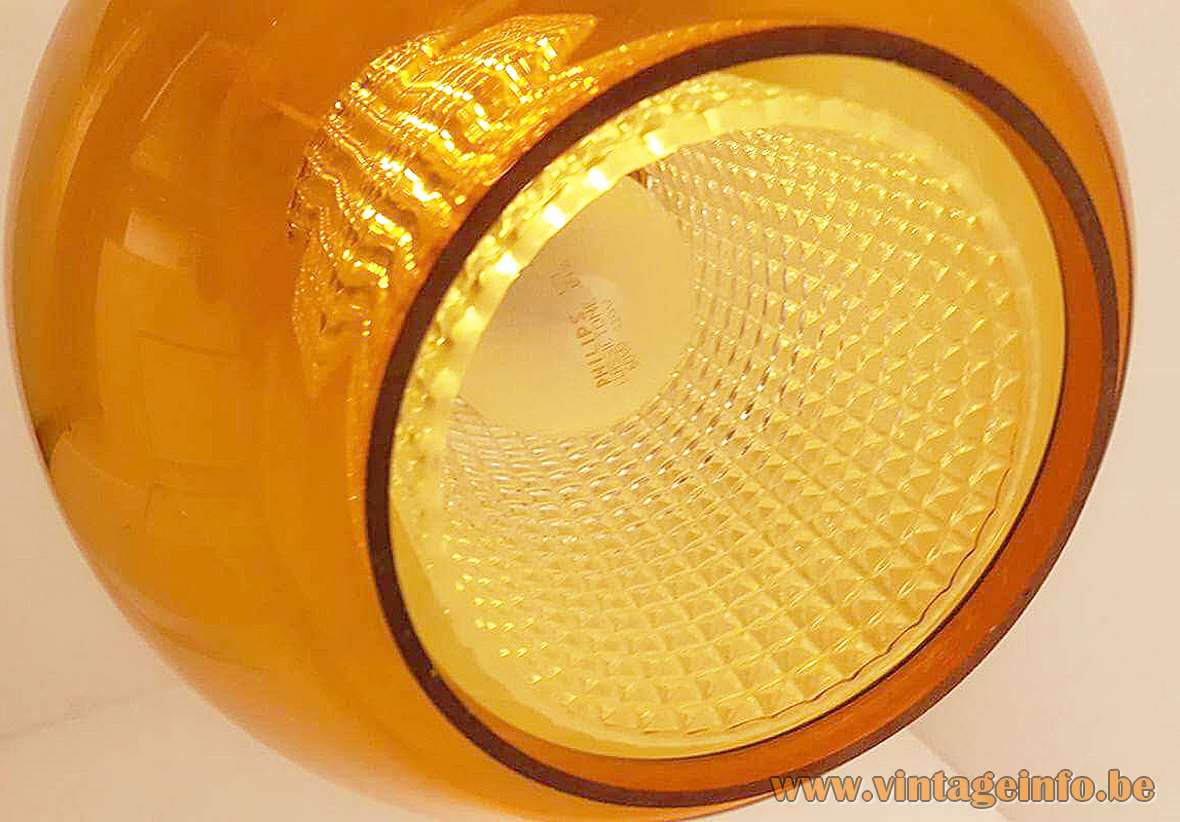 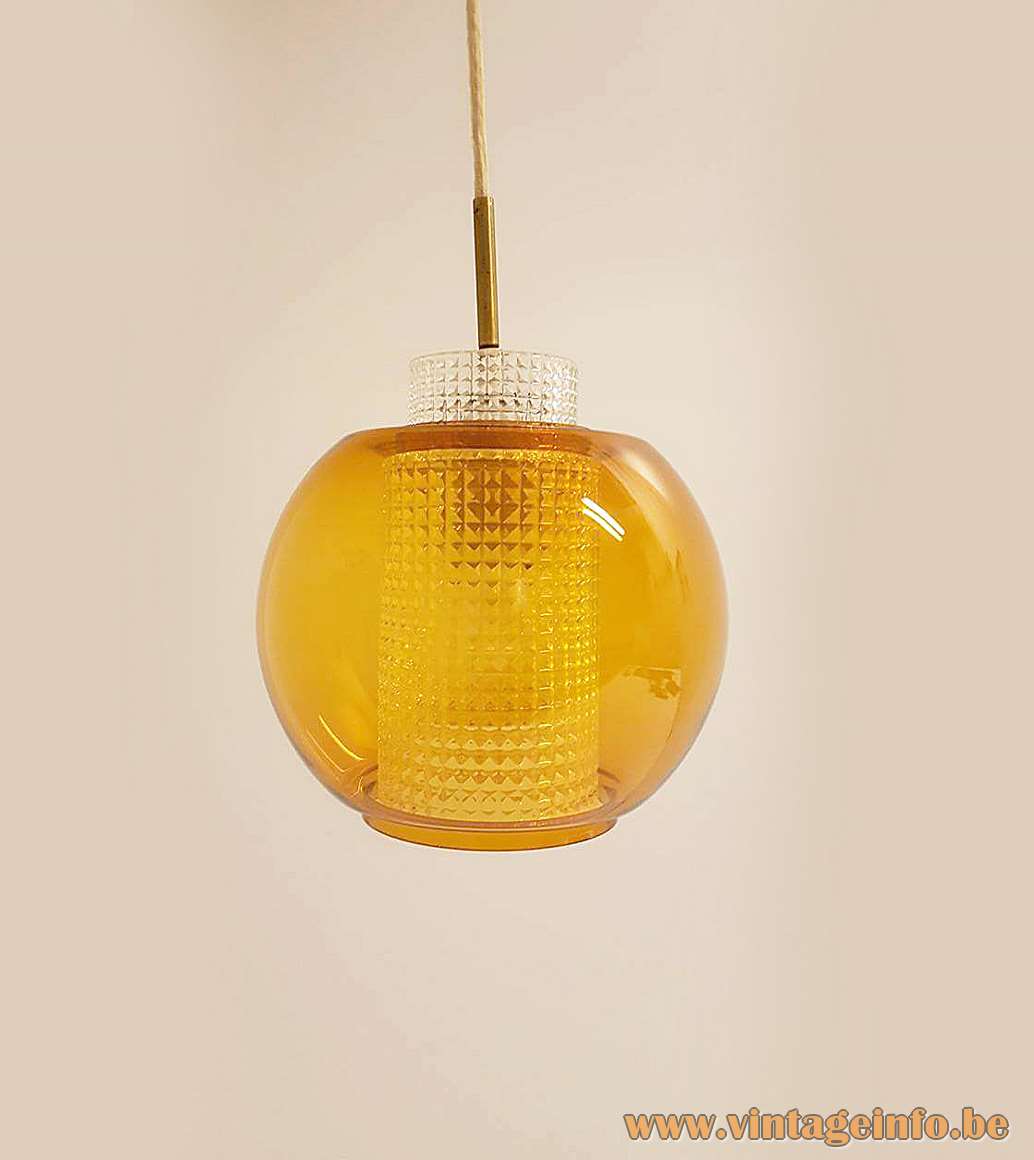 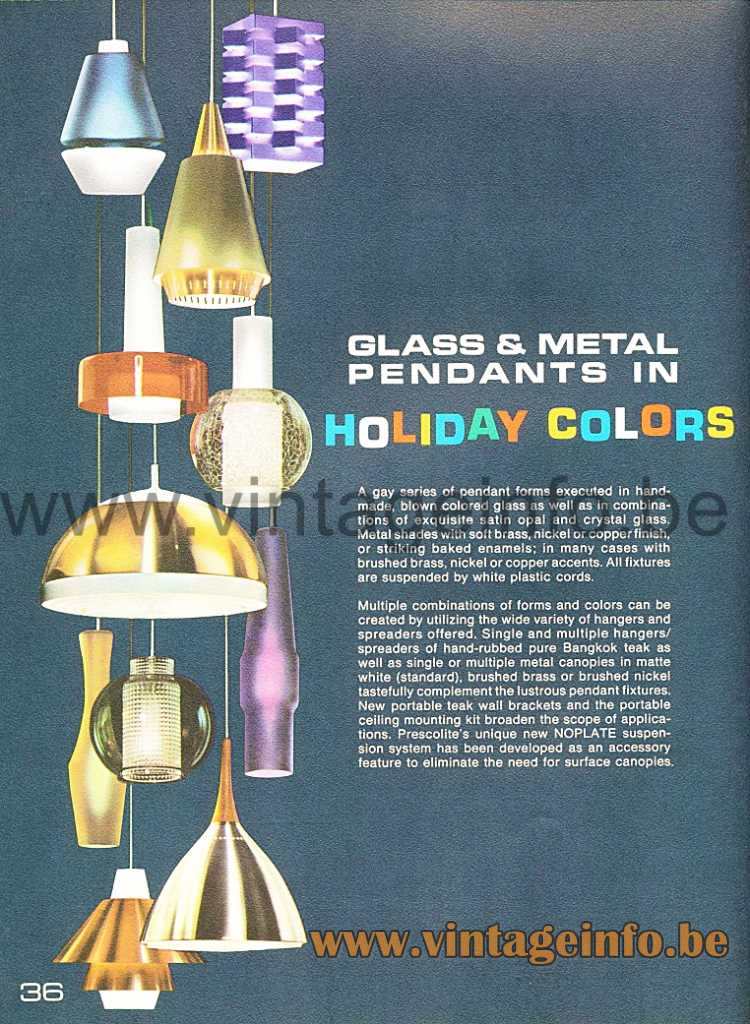 Other versions: This Nordisk Solar glass globe pendant lamp exists in several variations. A few models were made, as you can see below. This lamp is model P 1102.

Also the American Prescolite sold Nordisk Solar lamps, as you can see in the catalogue. Today Prescolite is part of LBC Lighting. Probably also some other companies sold these lamps.

After producing radios for nearly 40 years, this production ceased in 1958. Around the same time (1959) the production of lighting started in a new factory. From 1977 on the lamps were produced in the subsidiary A/S Solar-Armaturproduktion (luminaire manufacturing) in Vejen.

Today the original company is named Solar and has entered the offshore area and heavy industrial components as well as telecommunication and network equipment. Plumbing, heating and ventilation components were also added to the product range.

Solar is again engaged in professional outdoor lighting, hospital lighting, etc. Through the Solar Light (distribution) area and the distribution of products from Siteco, a Osram owned company, which is part of Siemens AG. 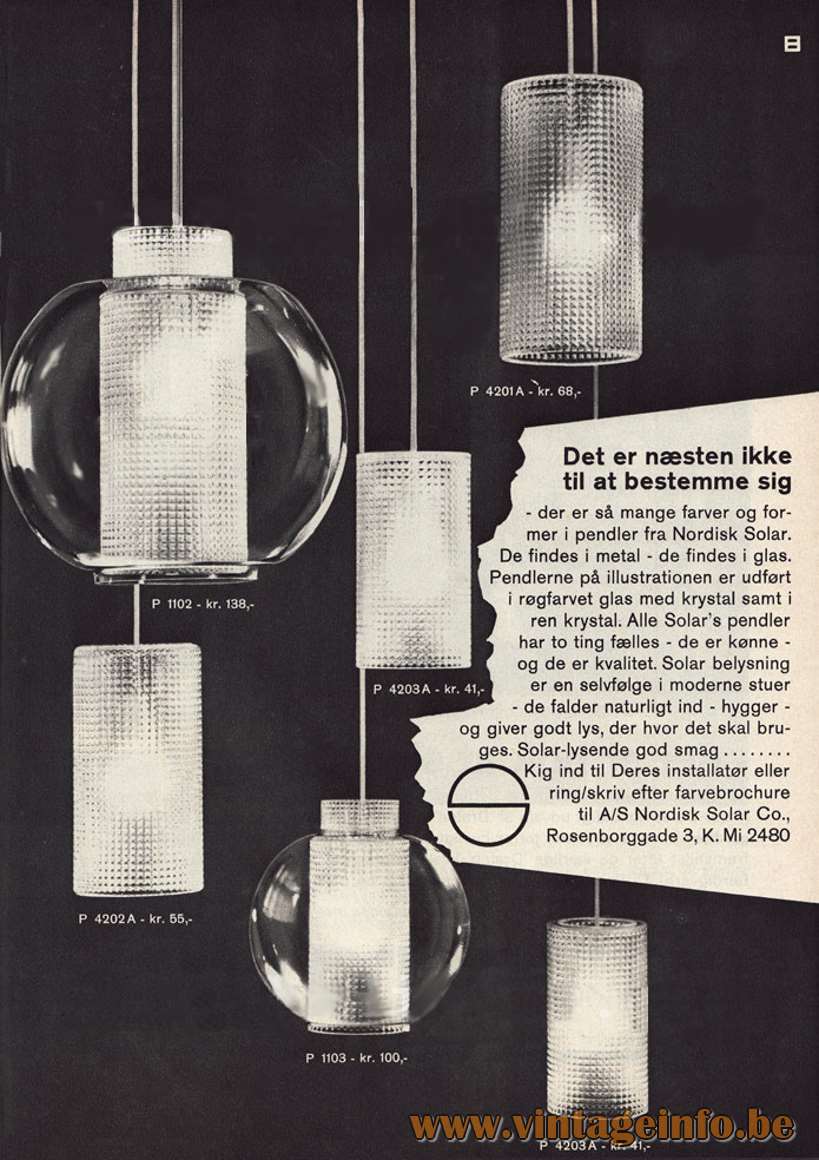