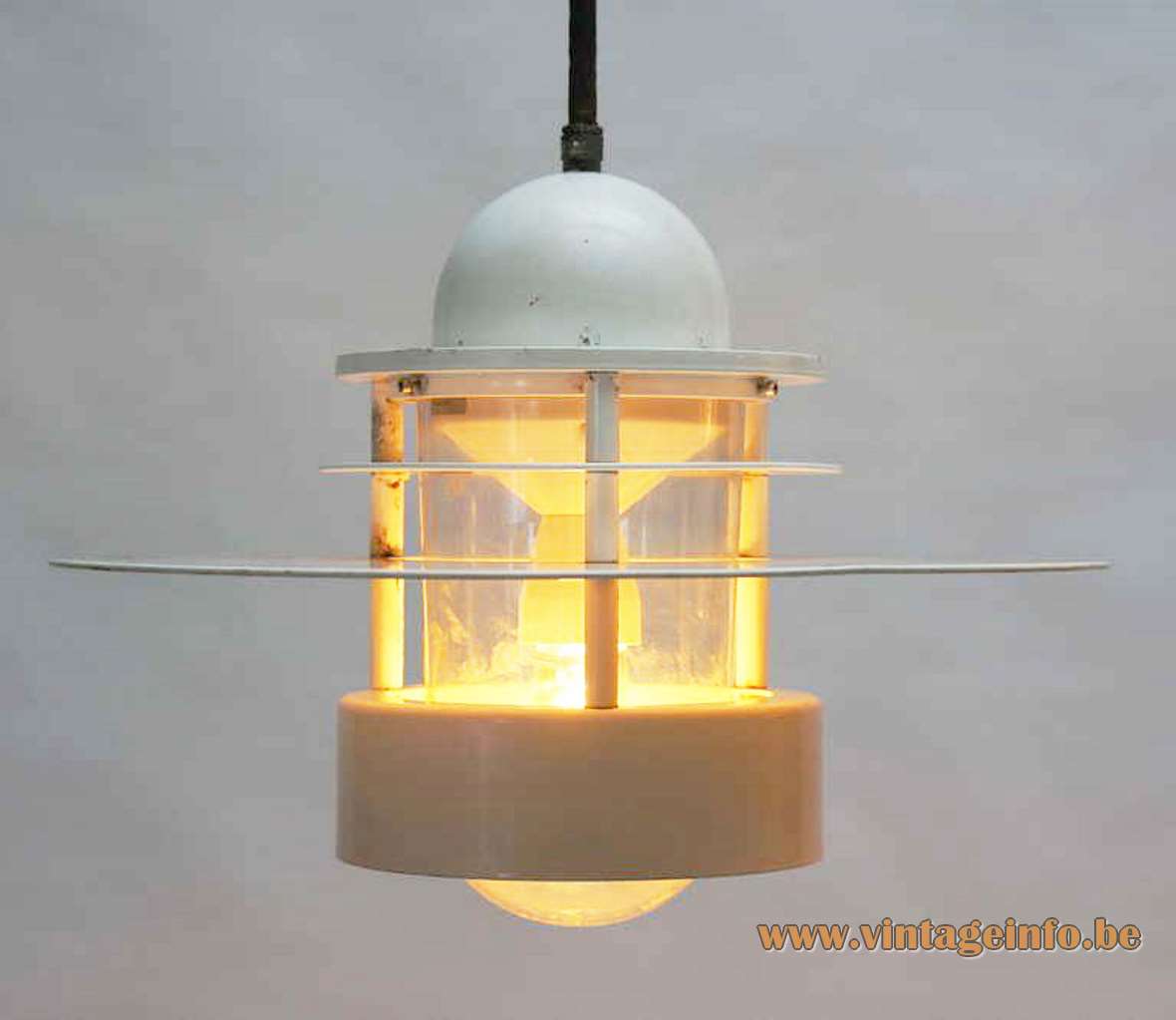 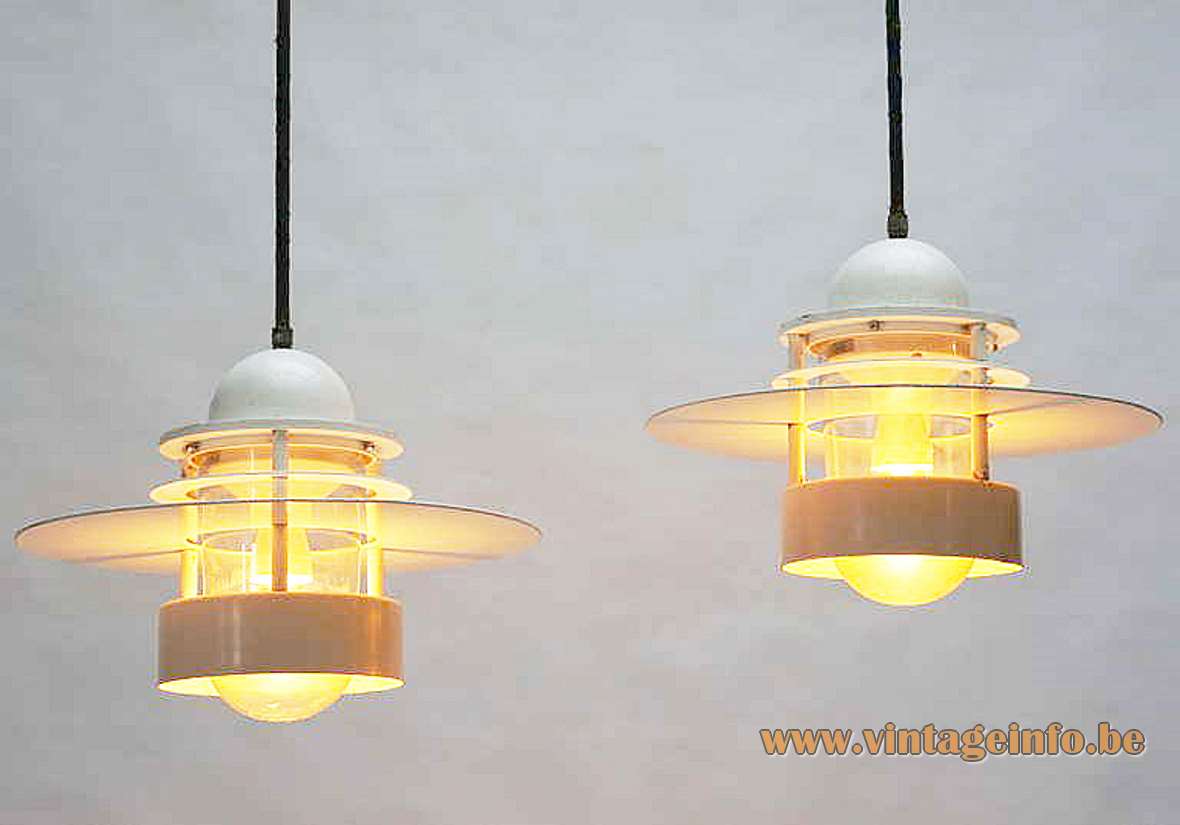 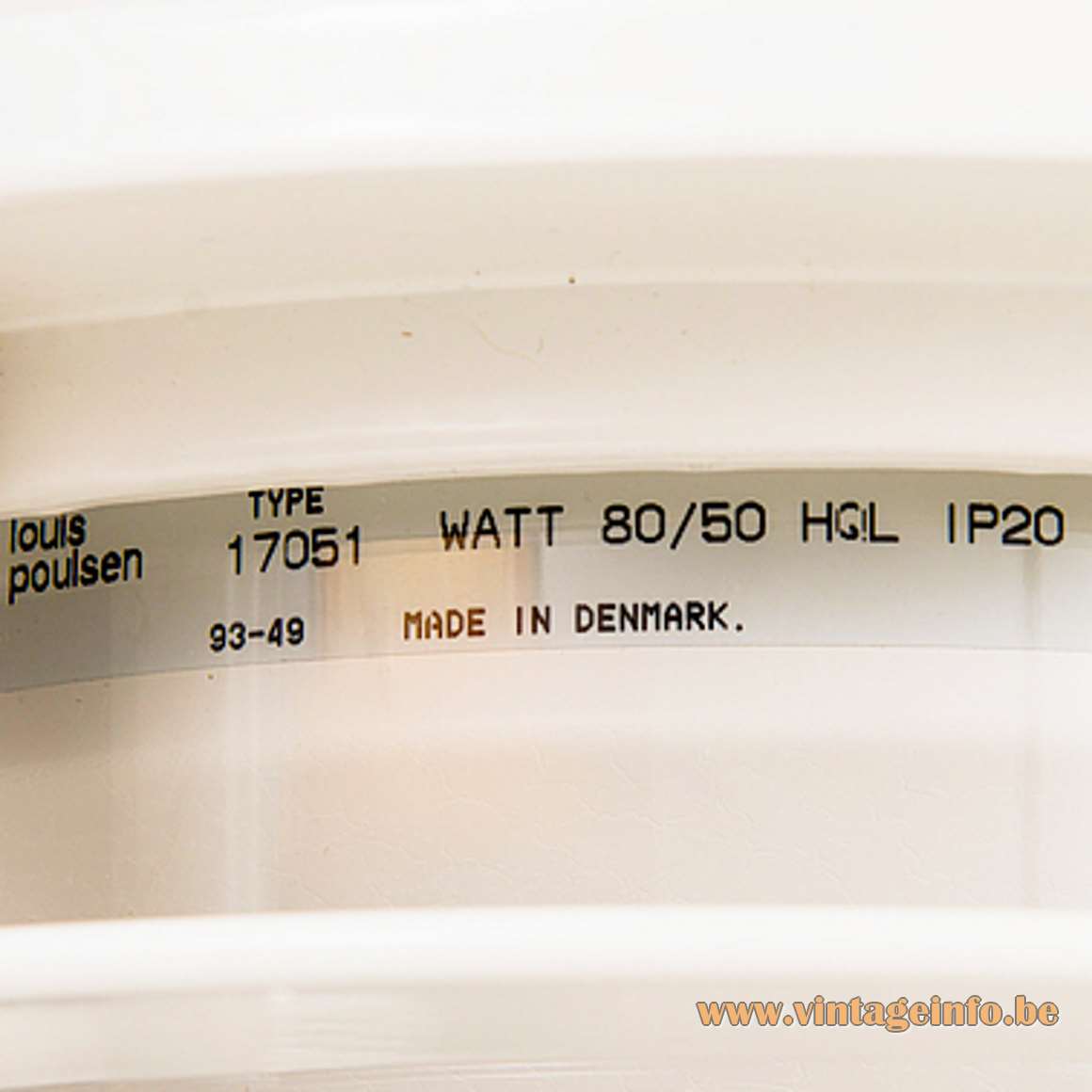 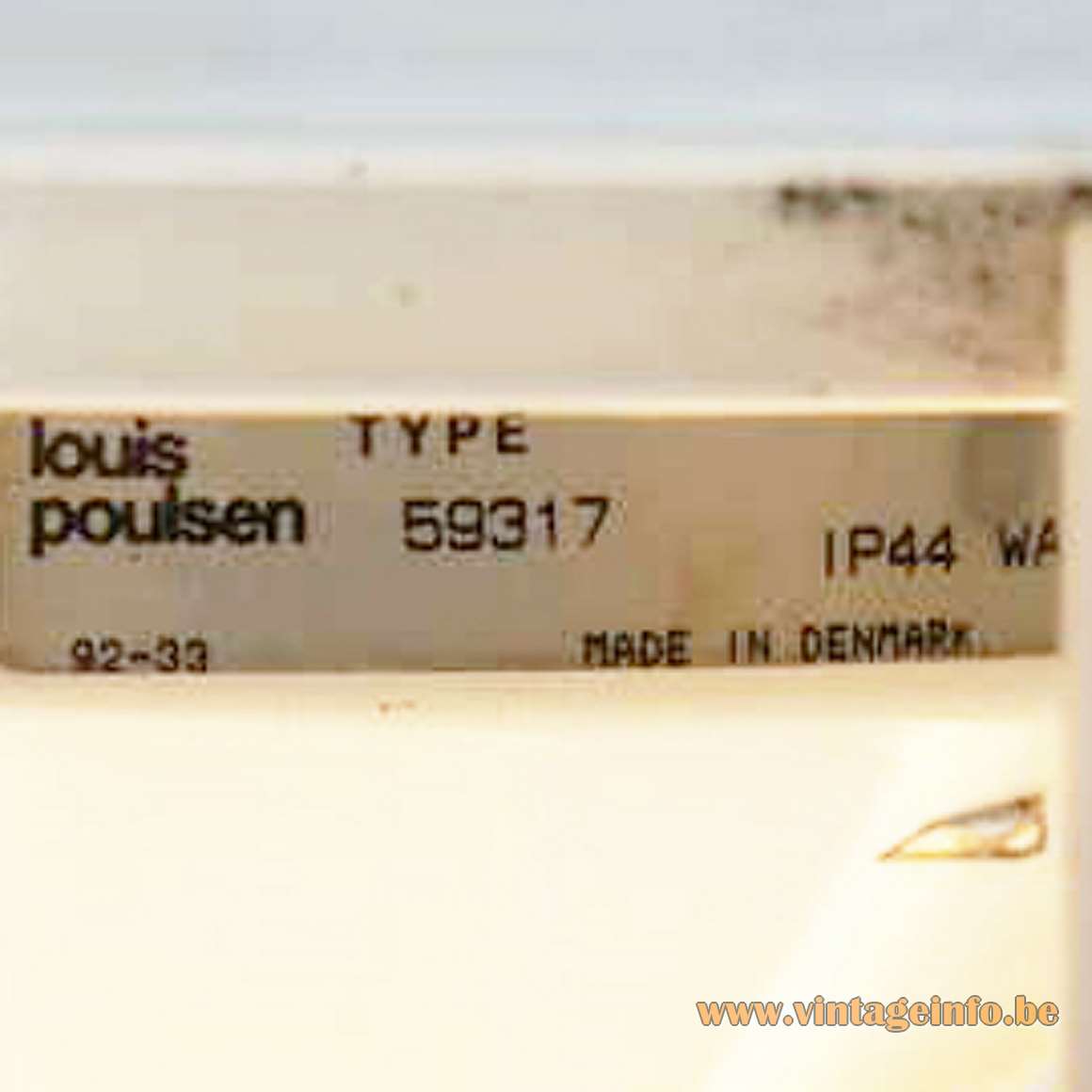 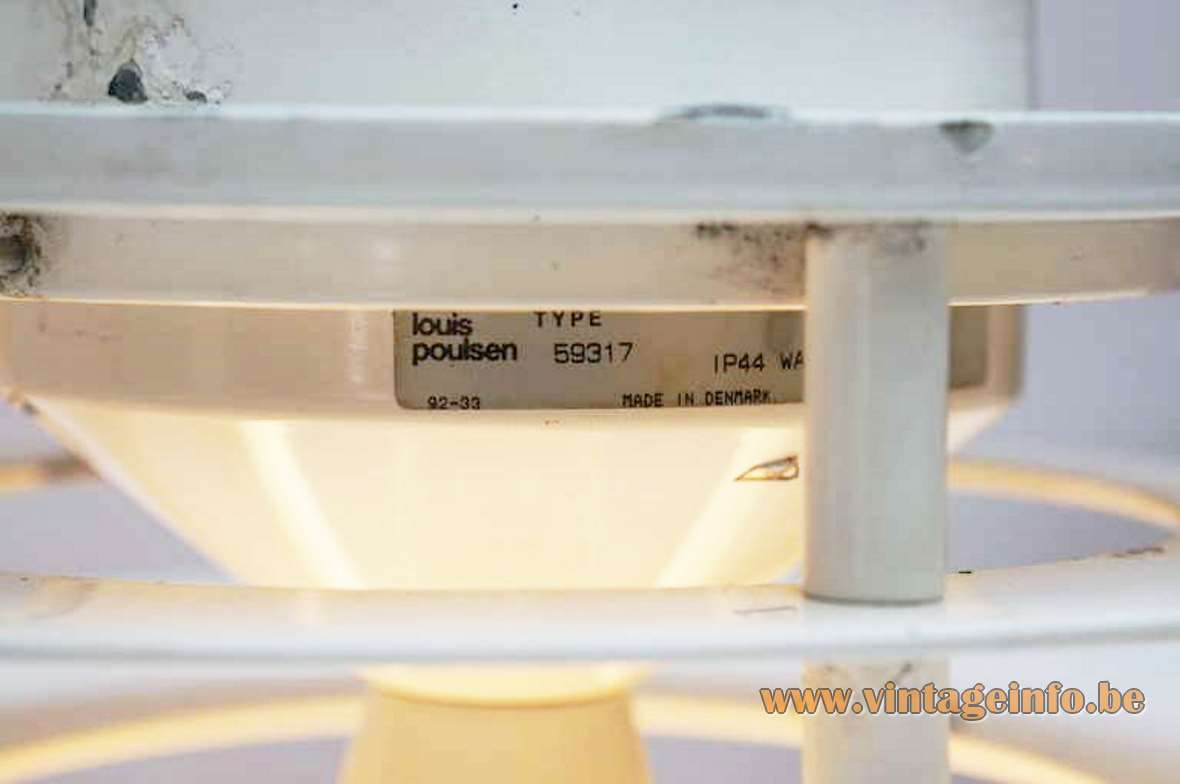 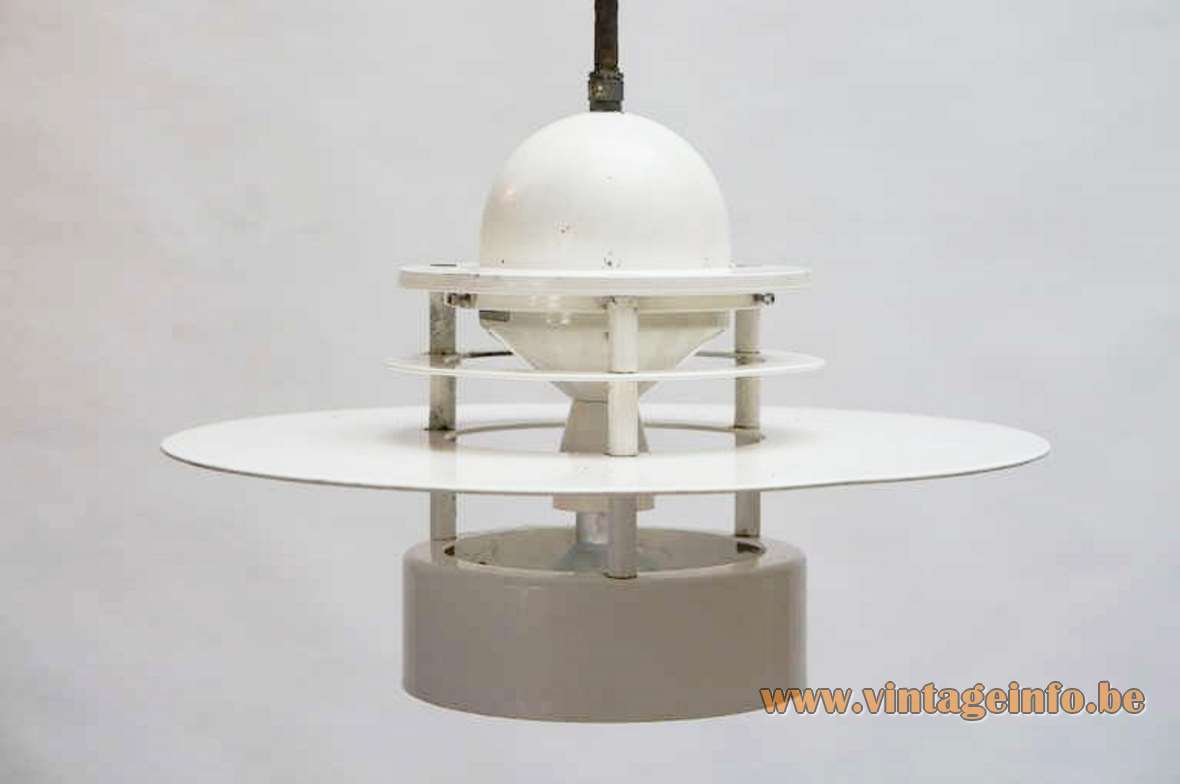 Materials: Round lampshade made of white enamelled metal (iron). Clear plastic or glass. A non-glare ring, three bolts and a Saturn ring, which serves as a reflector. White porcelain E27 socket.

Other versions: This Louis Poulsen Albertslund pendant lamp was originally designed as an outdoor pole lamp and wall lamp. Over the years some differences appear. The lamp is IP44 (resistance to splashing of water). LED versions exists, plastic or glass was used. Different colours. Made in several models. The outdoor pole lamp and wall lamp are still in production (2020).

The Albertslund lamp was original designed by Jens Møller-Jensen in 1963 for a residential project in Albertslund, Denmark. This pendant lamp is based on the same design seen in the Albertslund exterior pole light today named Albertslund Maxi Post. Before it was named Satellit or Satellite, Planet and Orbiter.

Jens Møller-Jensen was born in 1935 in Copenhagen, Denmark. In 1955, he graduated as a medical and technical instrument engineer. 9 years later, in 1964, he graduated as an architect from the Royal Danish Academy of Fine Arts (KADK) were he became the head of the workshop after his graduation. Jensen founded his own design office in 1967.

Over the years, he has created numerous industrial designs for companies such as Bang & Olufsen, Shipmate, Novo Nordisk and Louis Poulsen. For the design of the Satellit/Albertslund lamp he received the “2000 Danish Classical Design Award“.

Today, his son Peter is in charge of the Møller-Jensen (MJID) design office making him the third generation designer/architect in the family. 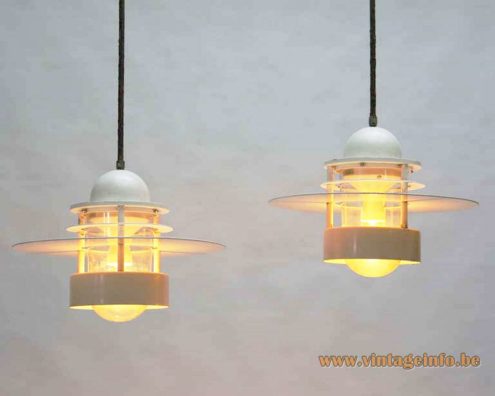