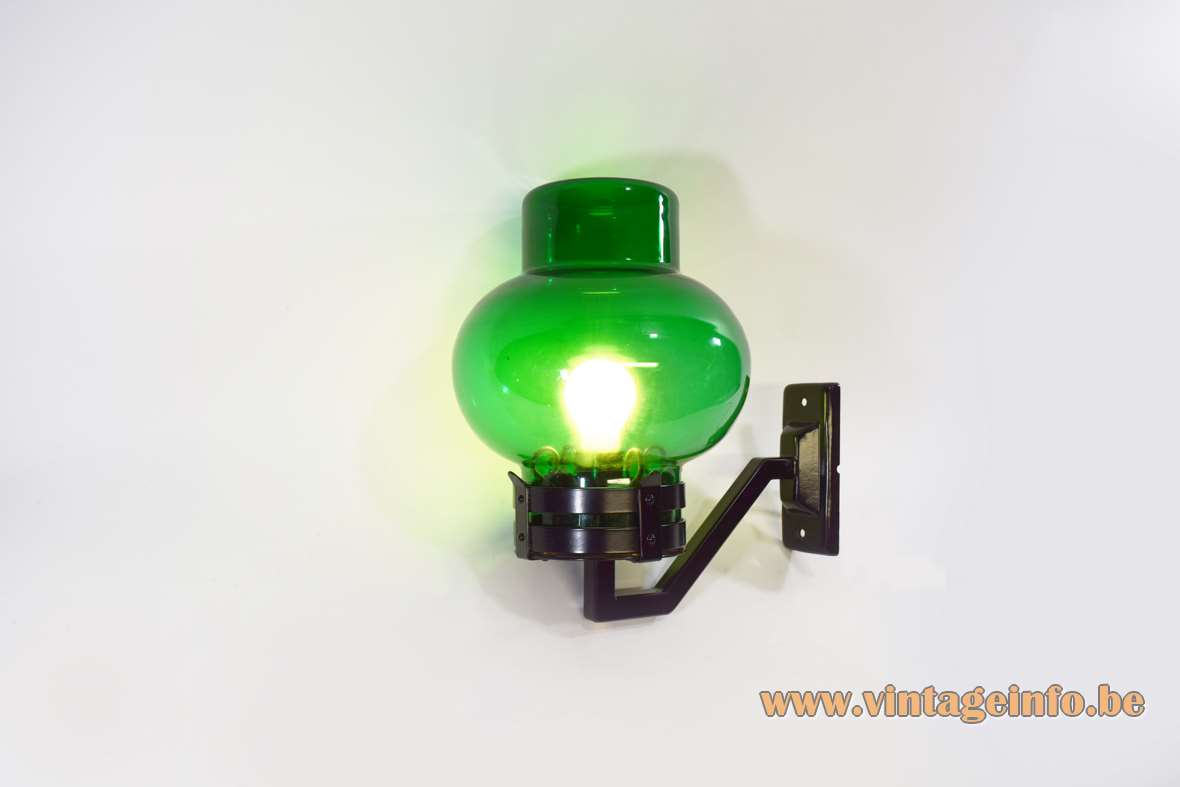 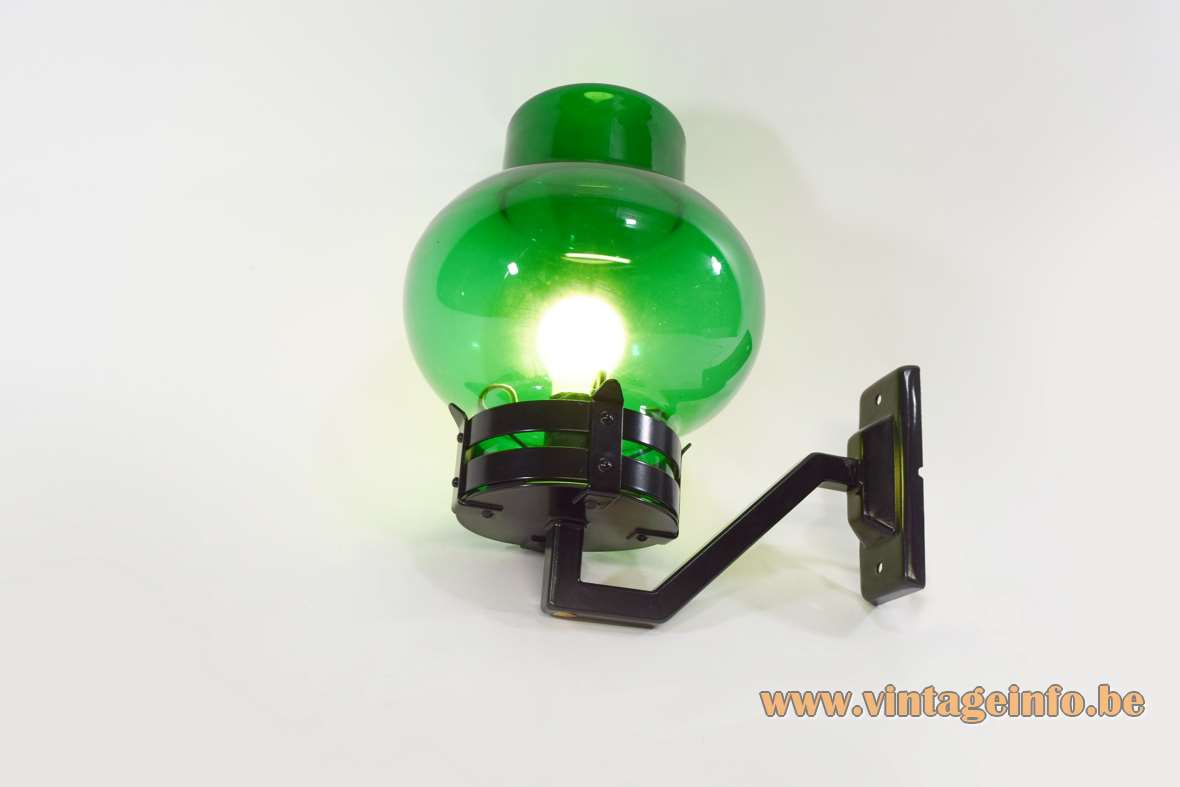 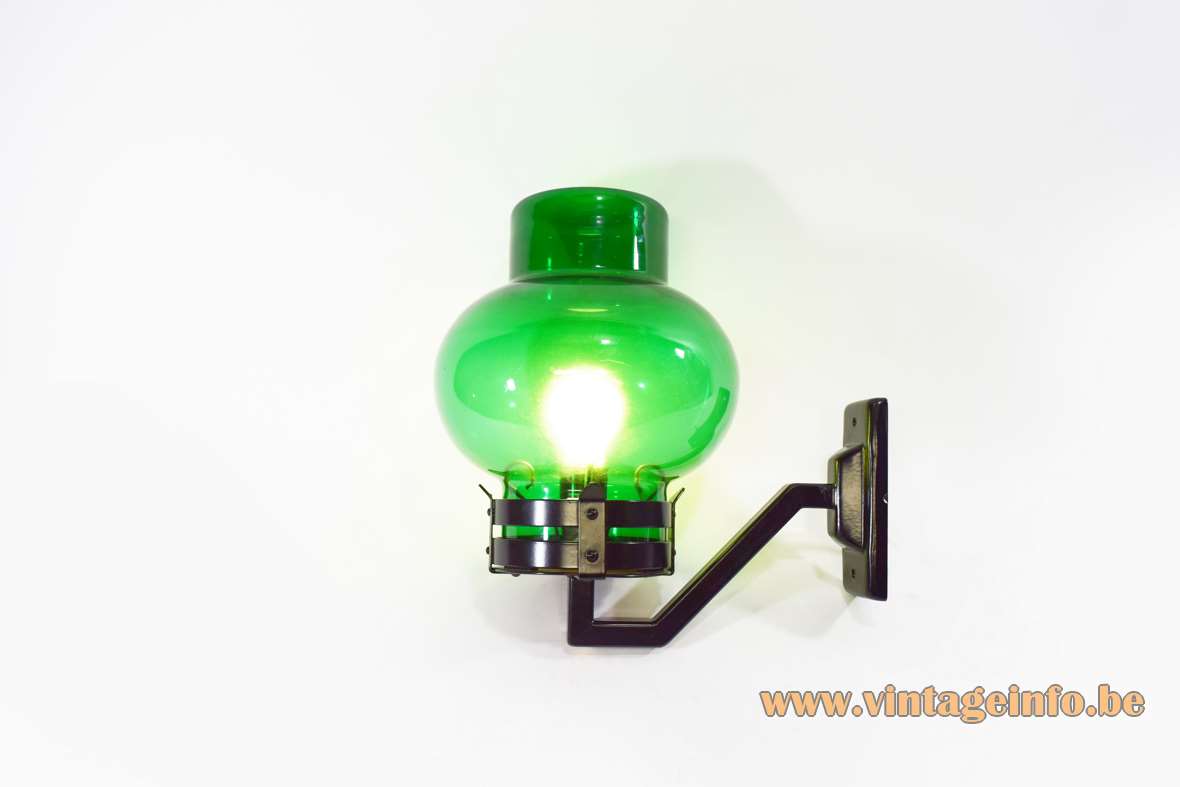 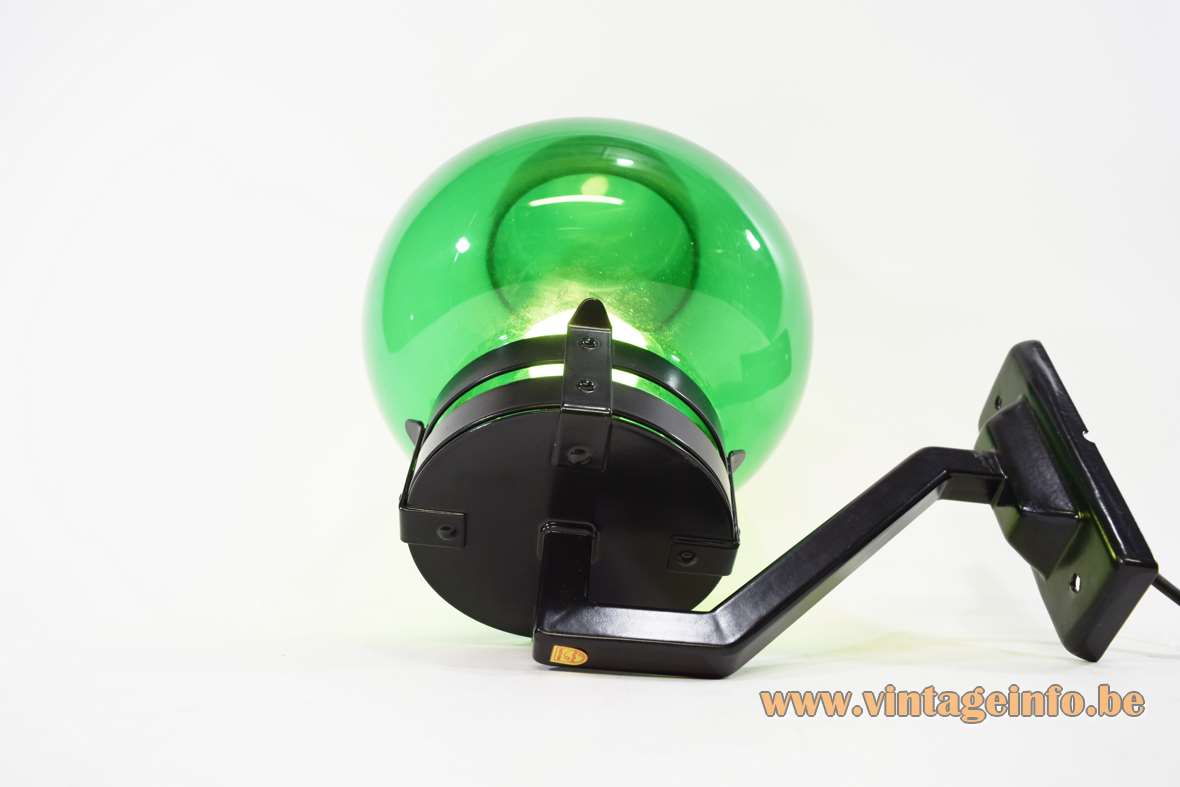 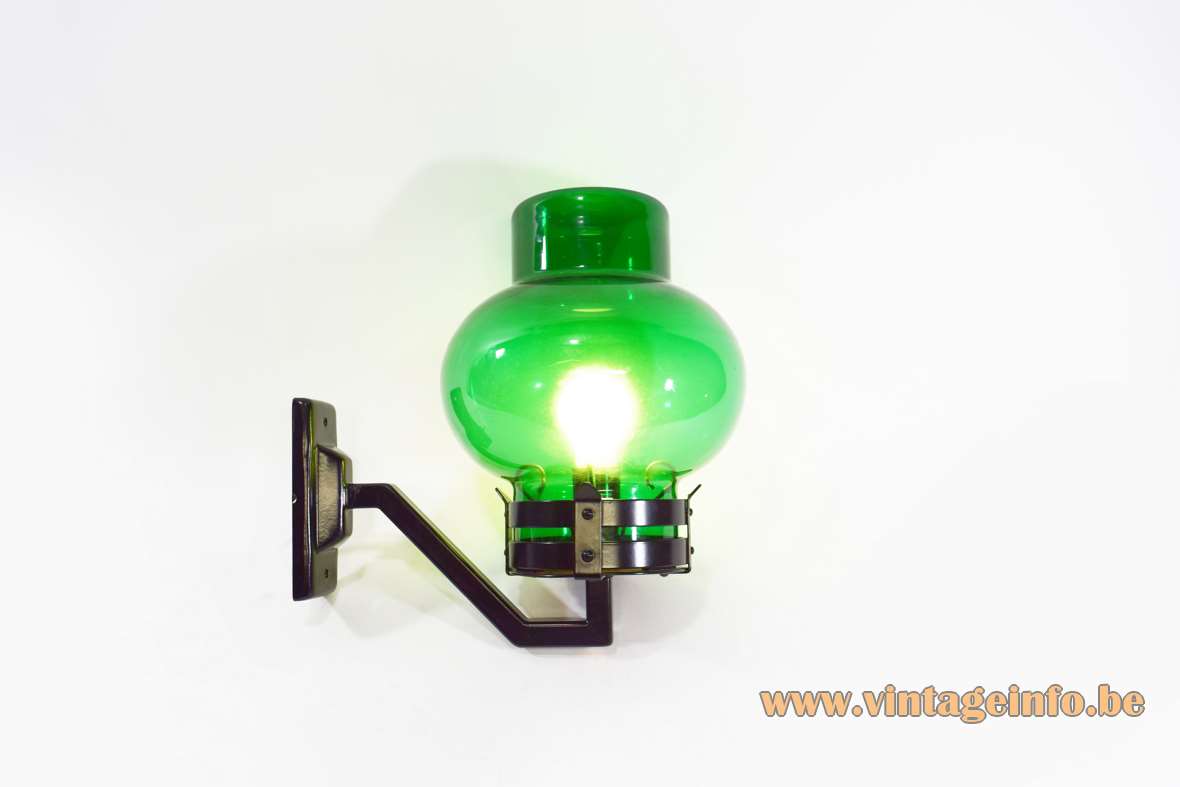 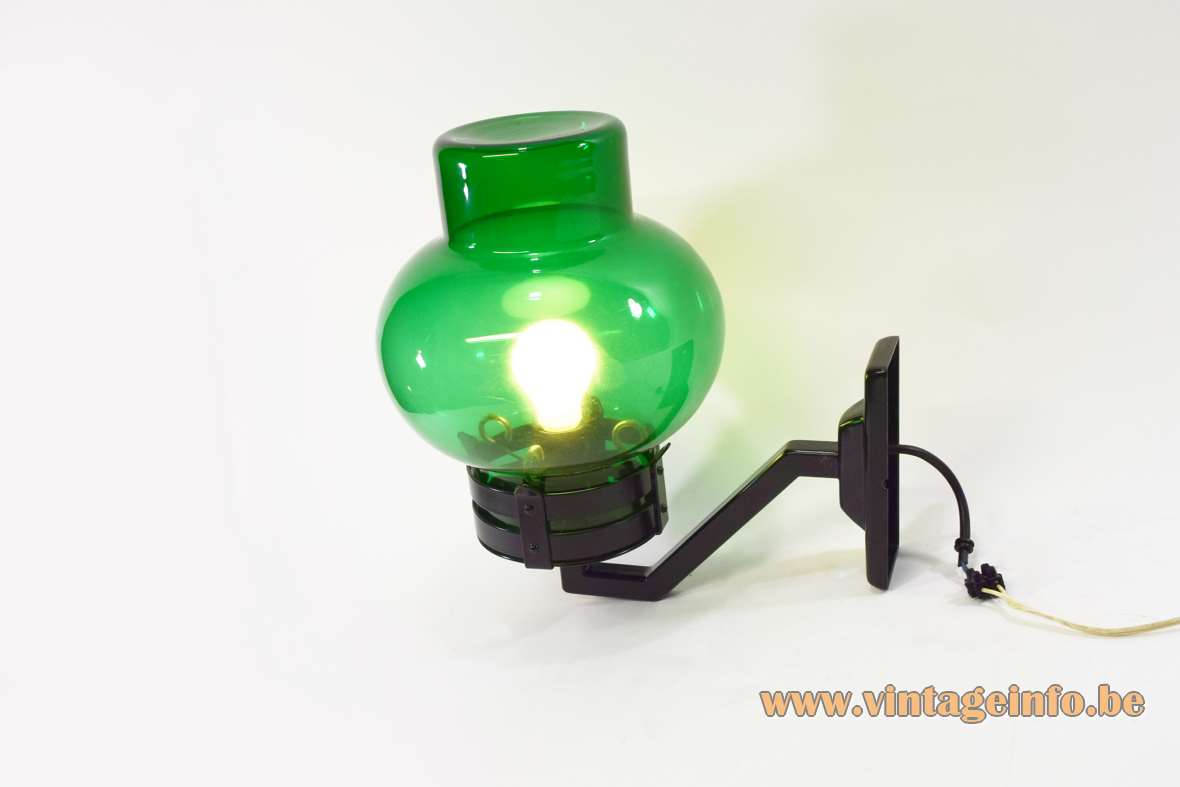 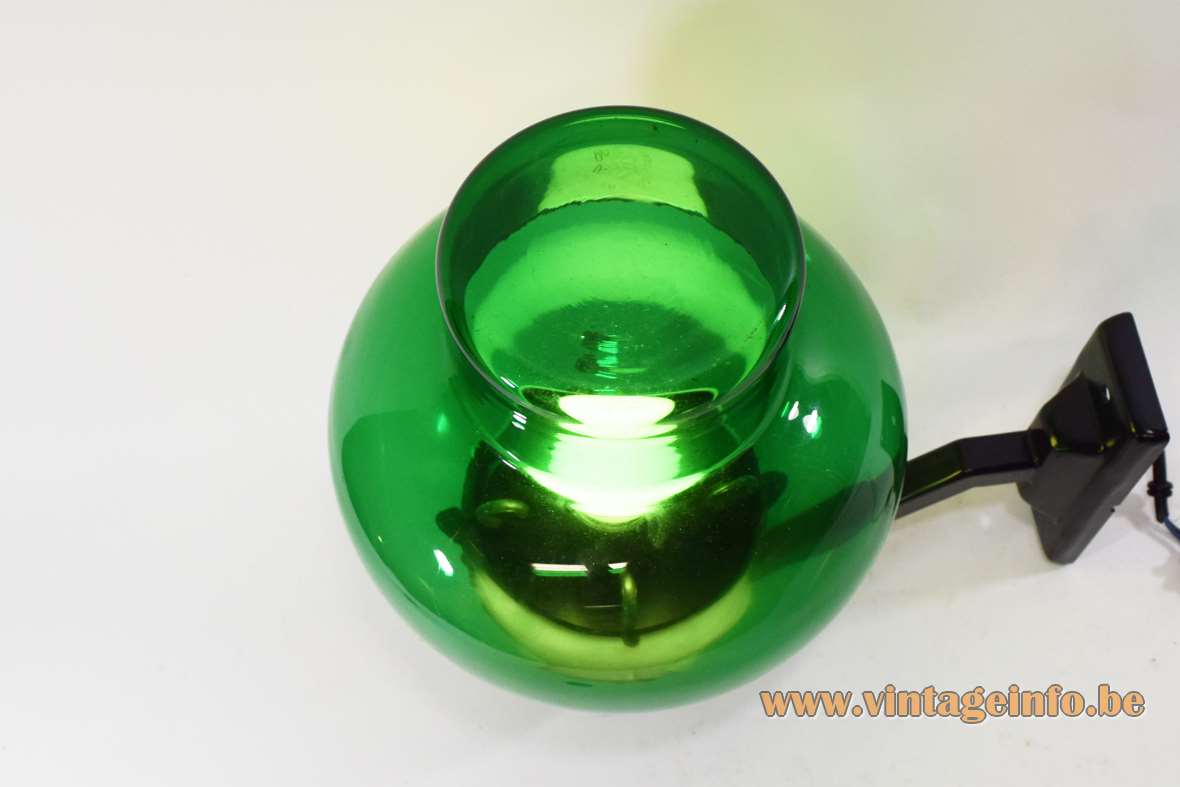 Other versions: This 1960s Philips outdoor wall lamp exists in several colours, as you can see. Probably some other colours were also made. In Belgium and France this lamp is named Antibes, according to the 1965 catalogue. In The Netherlands they used numbers. Most of the Philips lamps were made in Belgium.

This rare seen garden/outdoor wall lamp is from an old stock, it is NOS (New Old Stock) and was never used. That’s why the paper Philips sticker is still present and the most important: it still exists. Garden lamps from that period never lasted longer than 5 years or so. They started to rust in no time.

Below the Philips Florenville garden lamp, also a rare seen lamp from an old stock.

The most well known designer was Louis Kalff. More info over here, on Vintageinfo. Many other famous designers did: the list is endless. 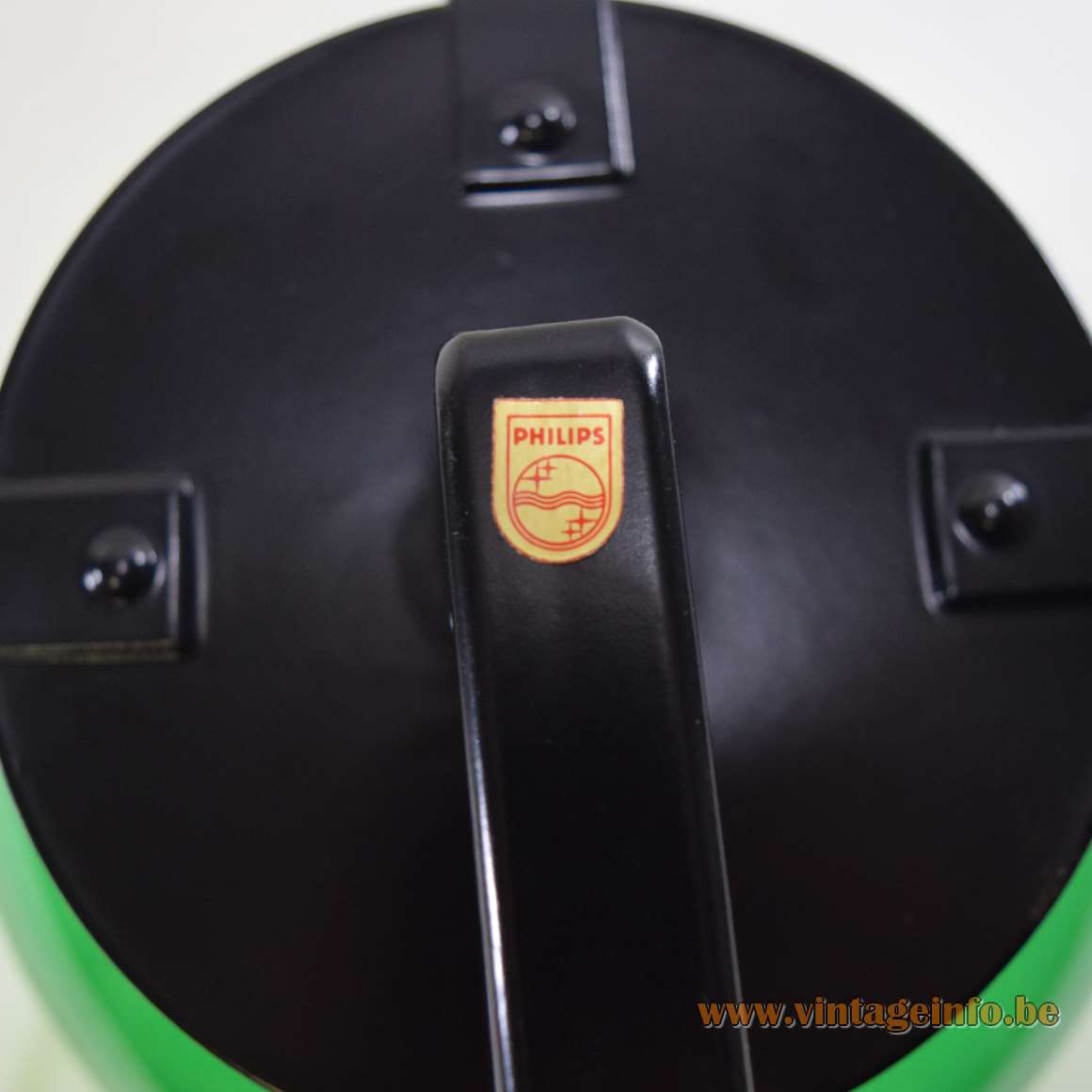 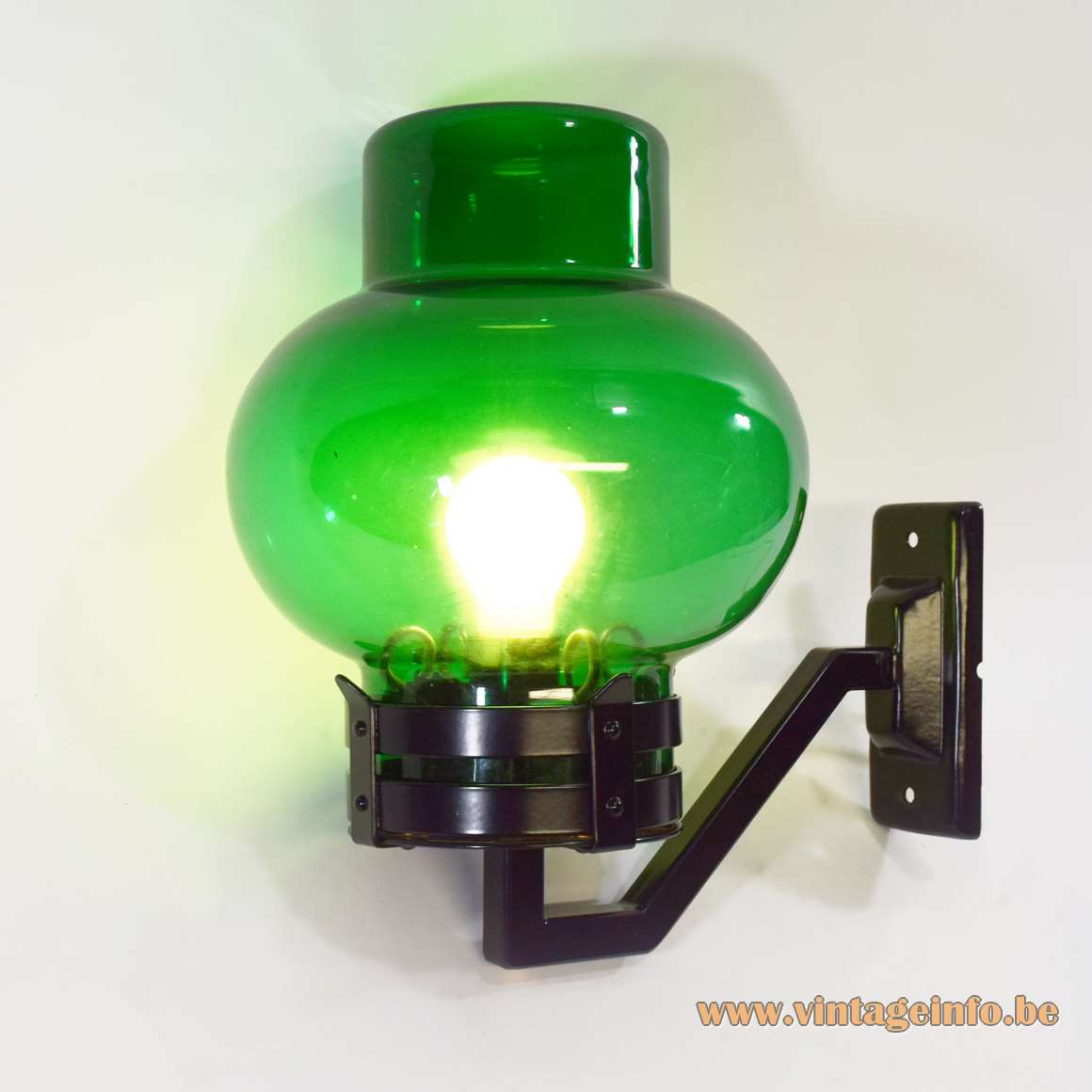 This metal (iron) garden lamp was made in several colours. It has a white acrylic diffuser. 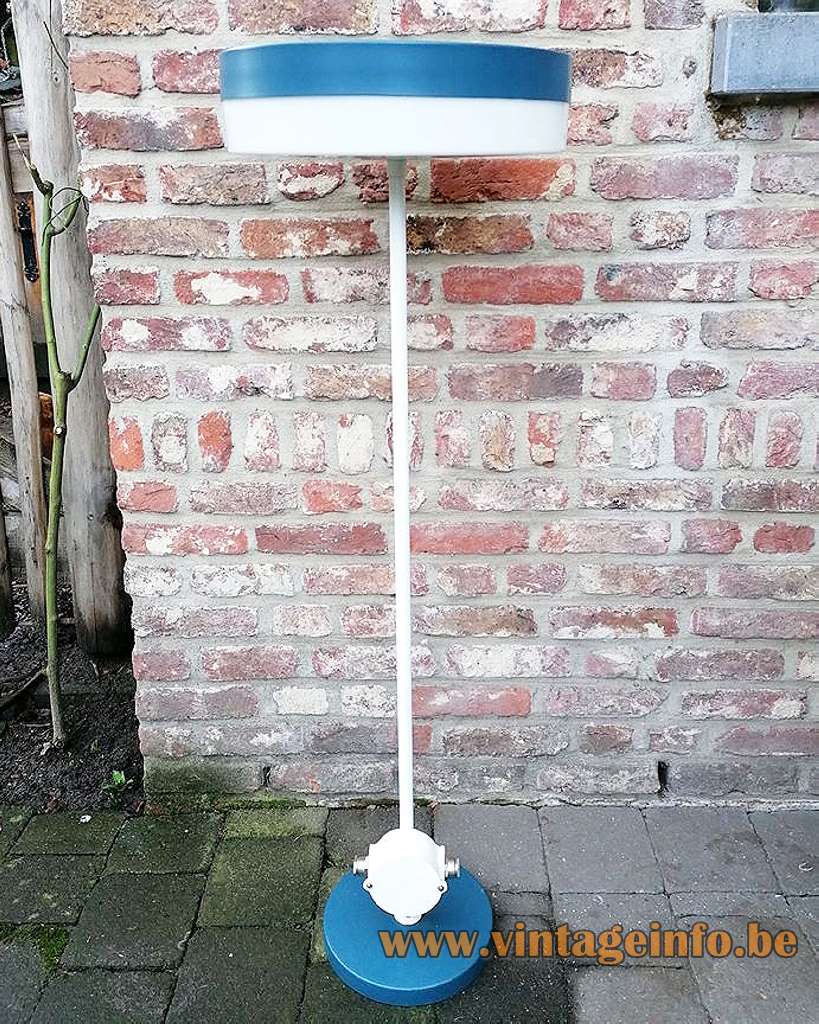 Many thanks to Pol for the photo of the Florenville garden lamp and the enthusiasm.