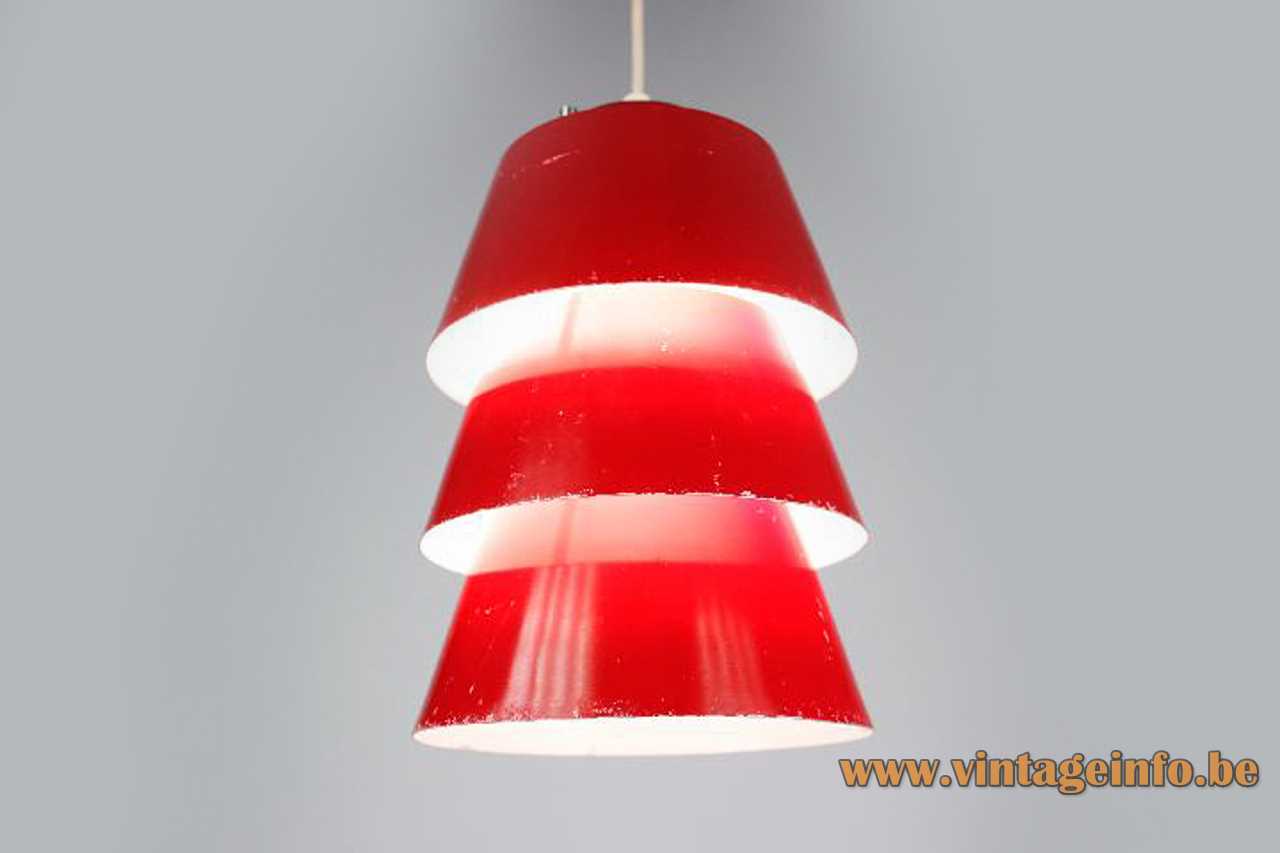 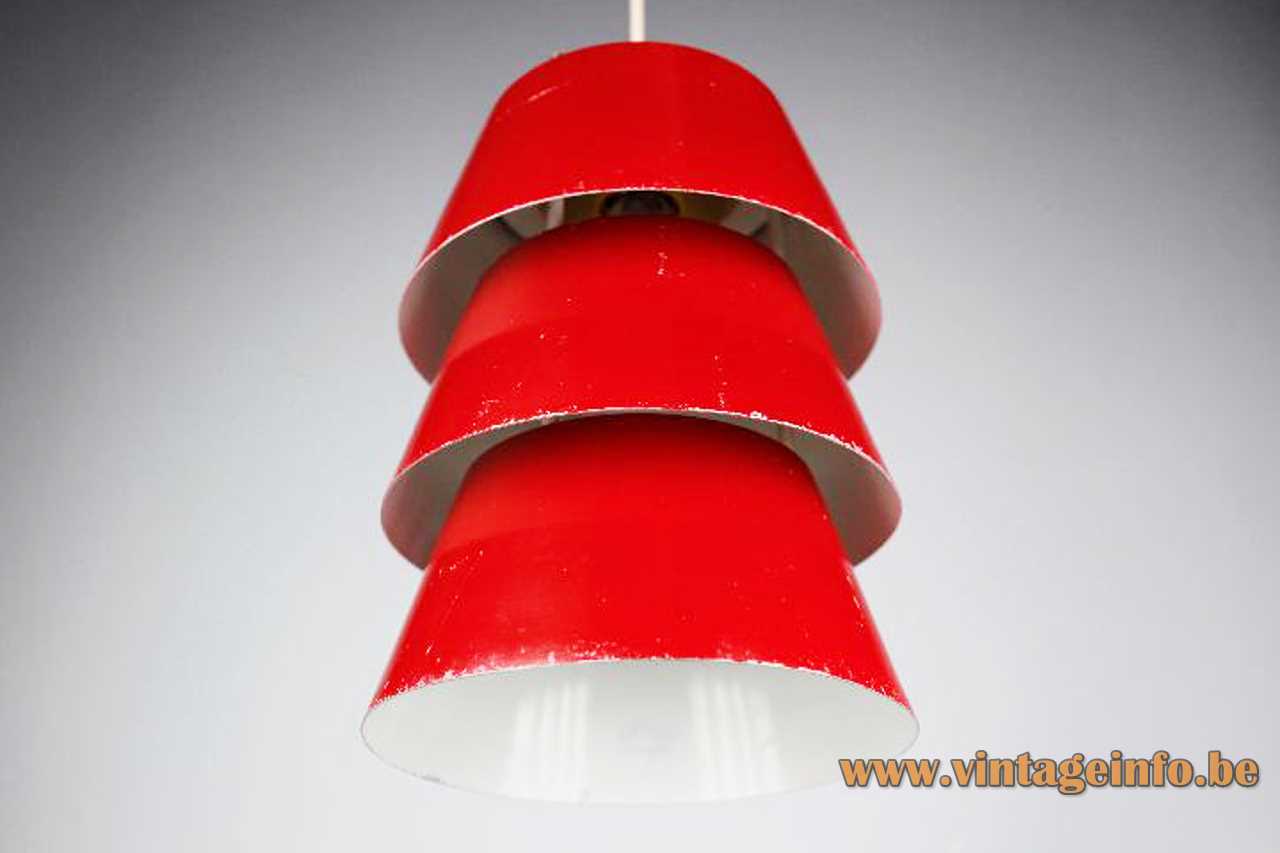 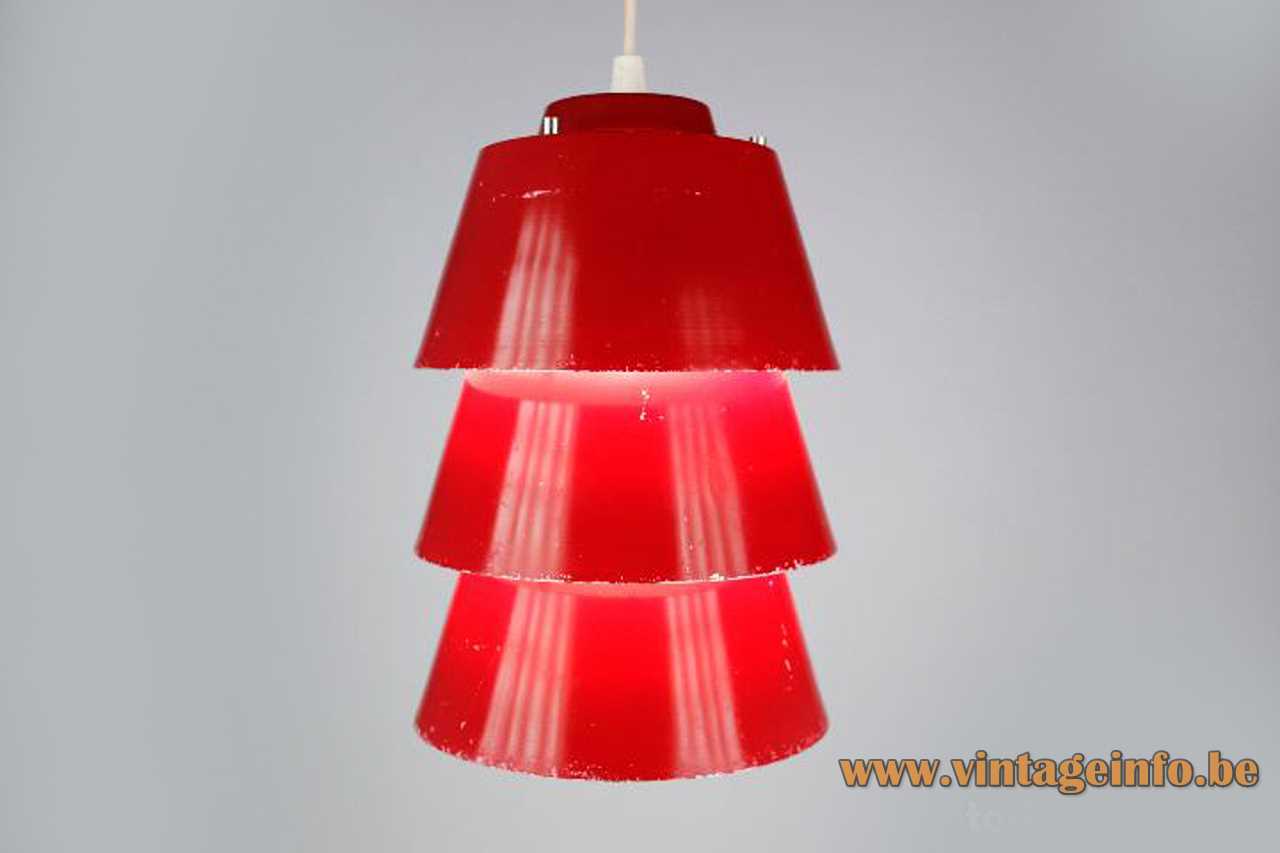 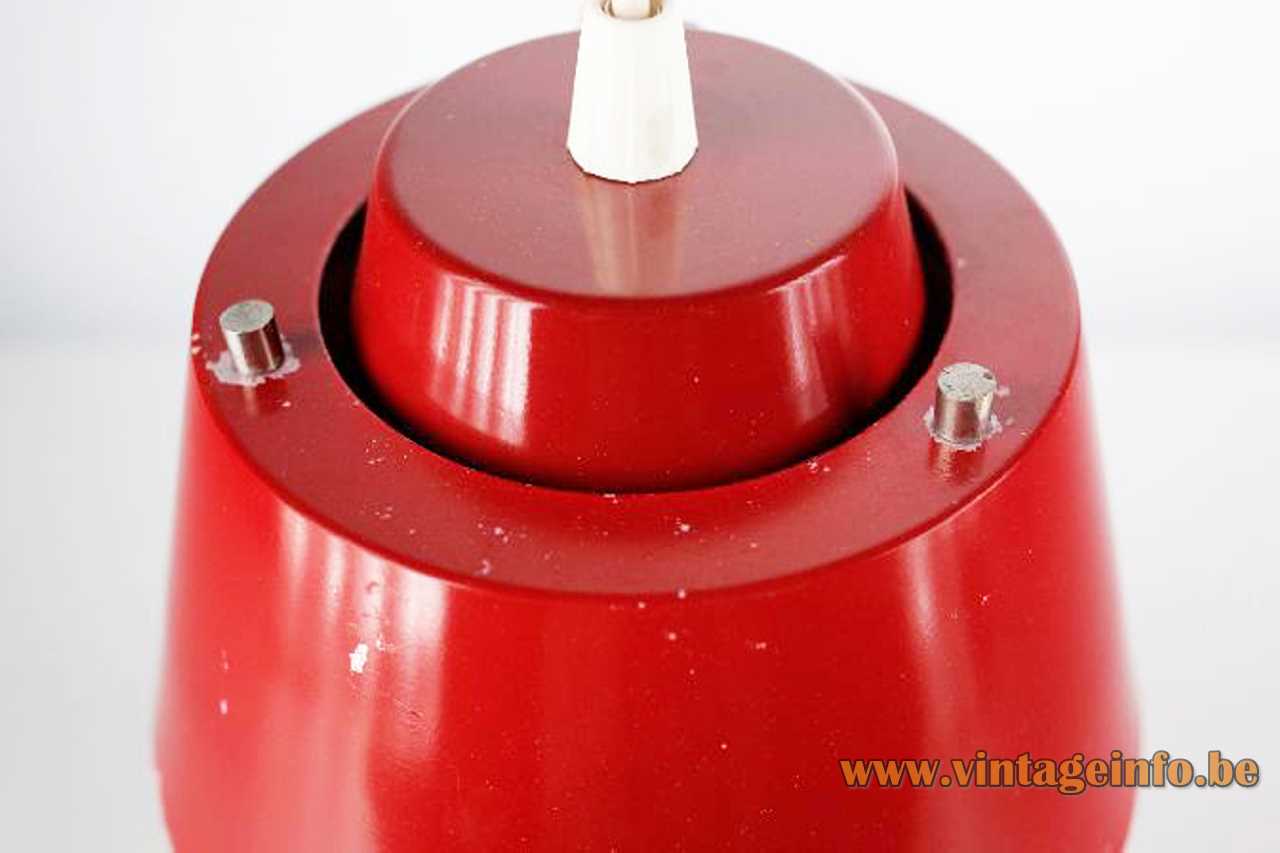 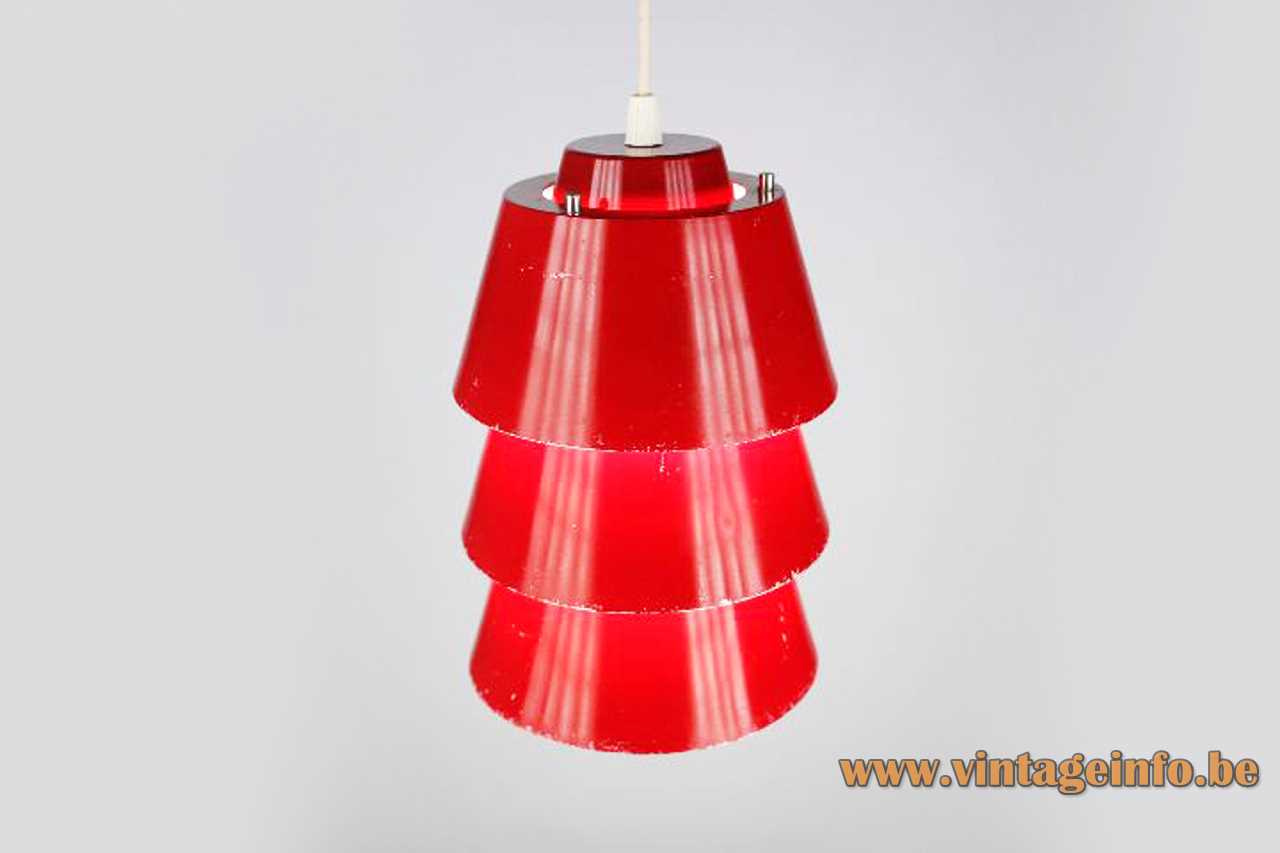 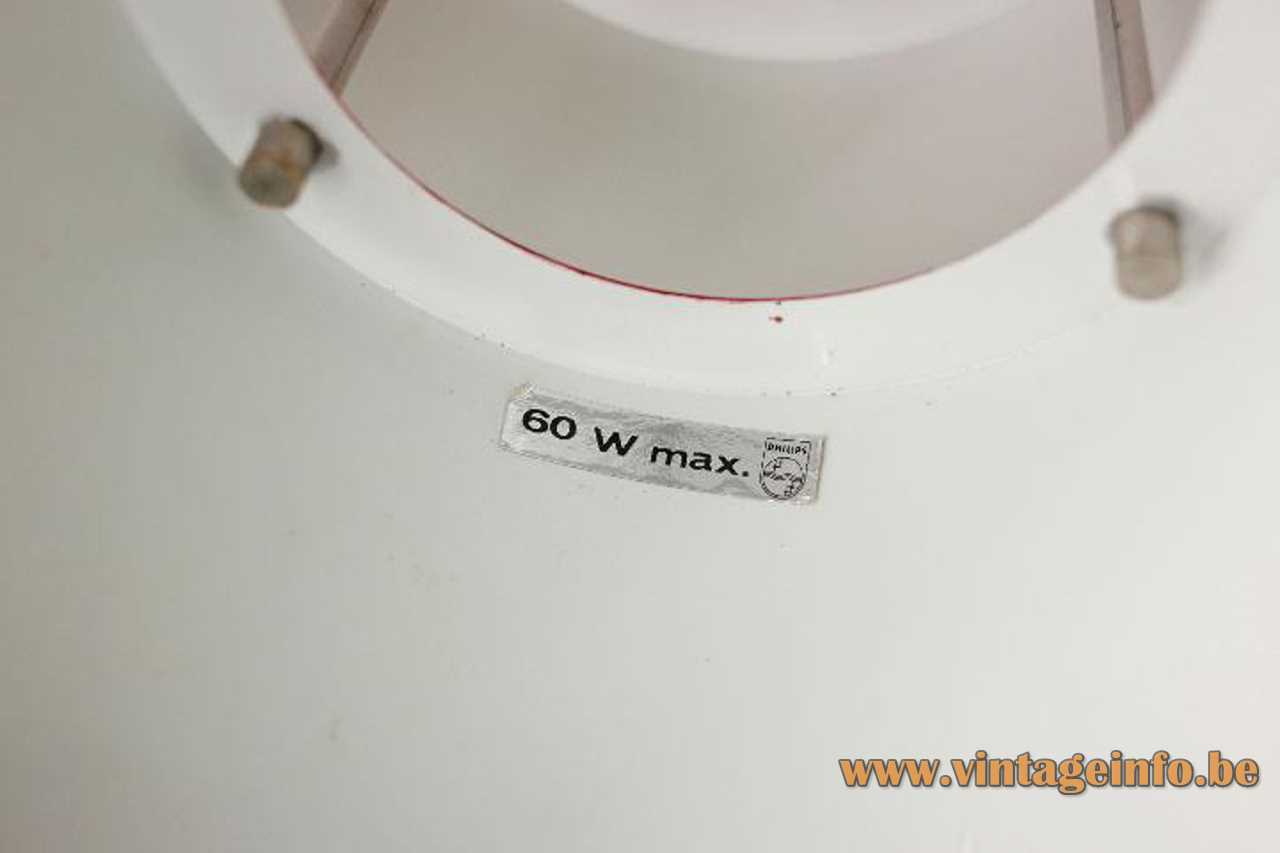 Materials: Lampshade made of 3 red round metal (aluminium) conical lids, painted white on the inside. Bakelite E27 socket.

Other versions: This Philips 1970s pendant lamp exists in many colours.