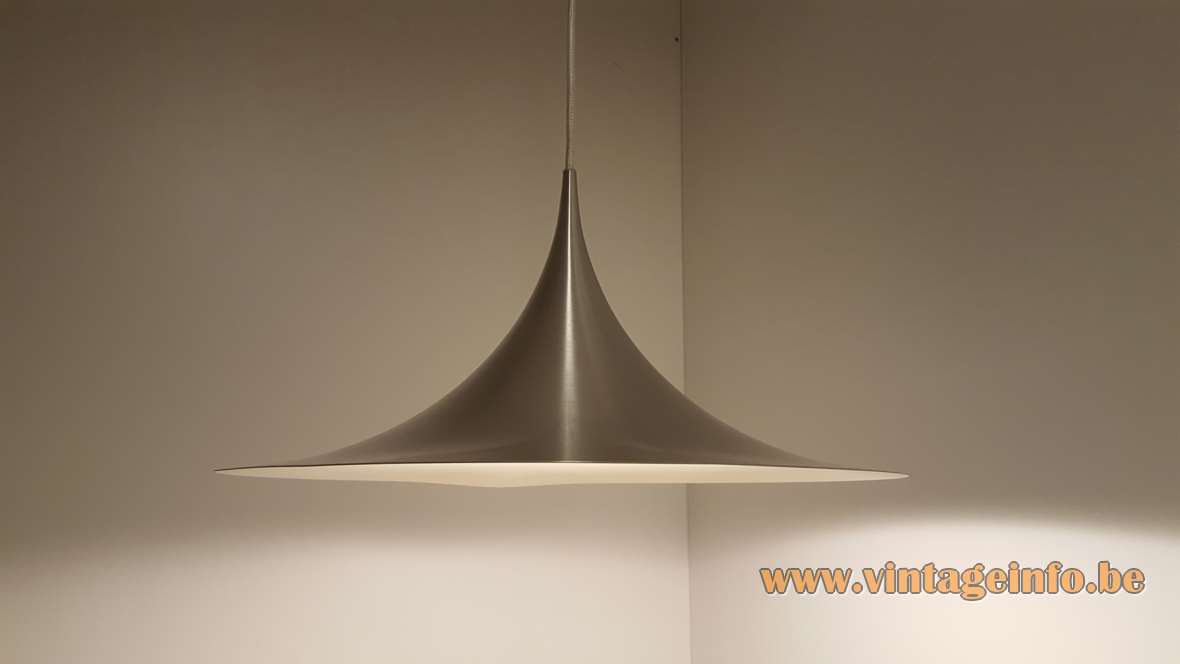 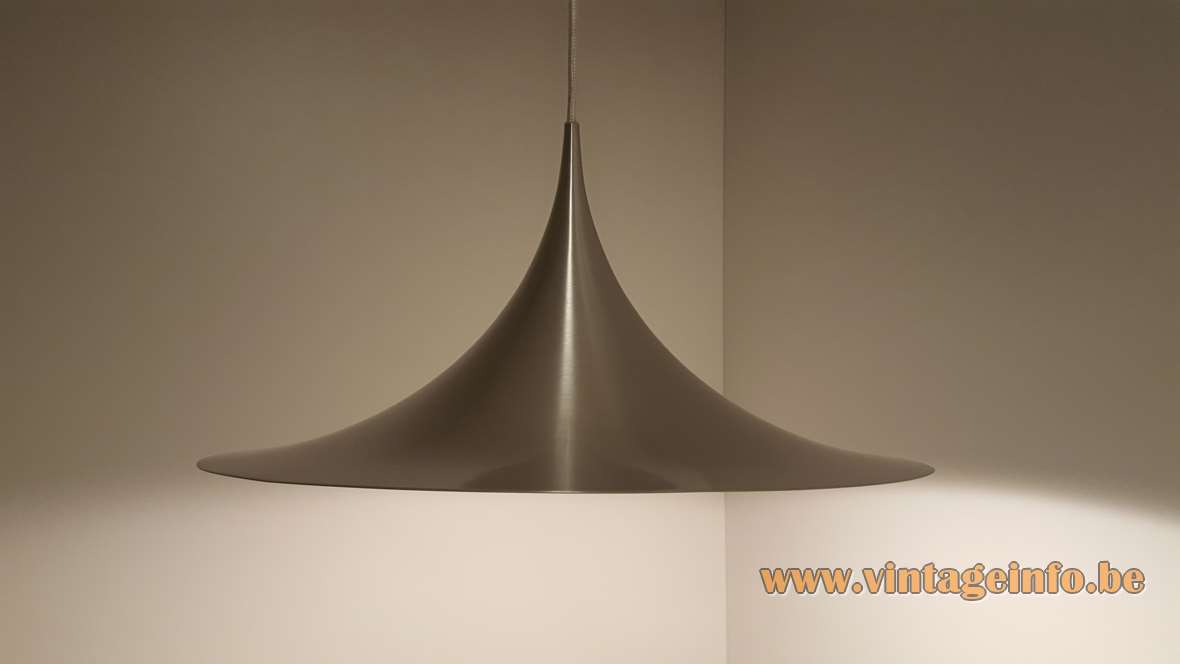 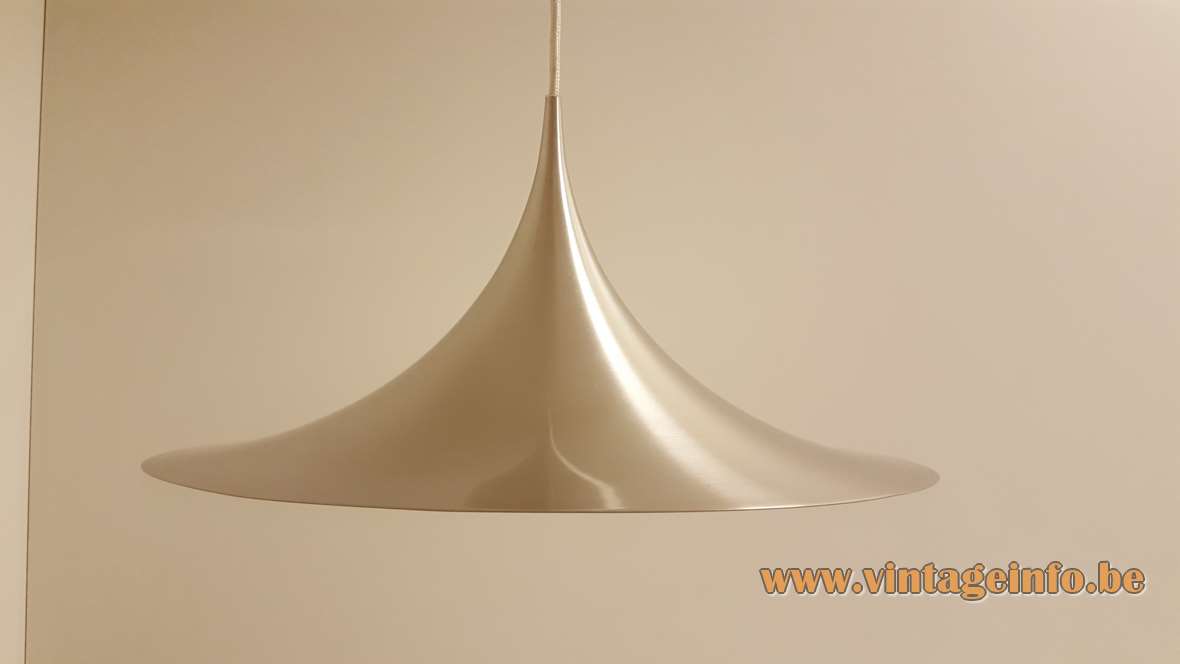 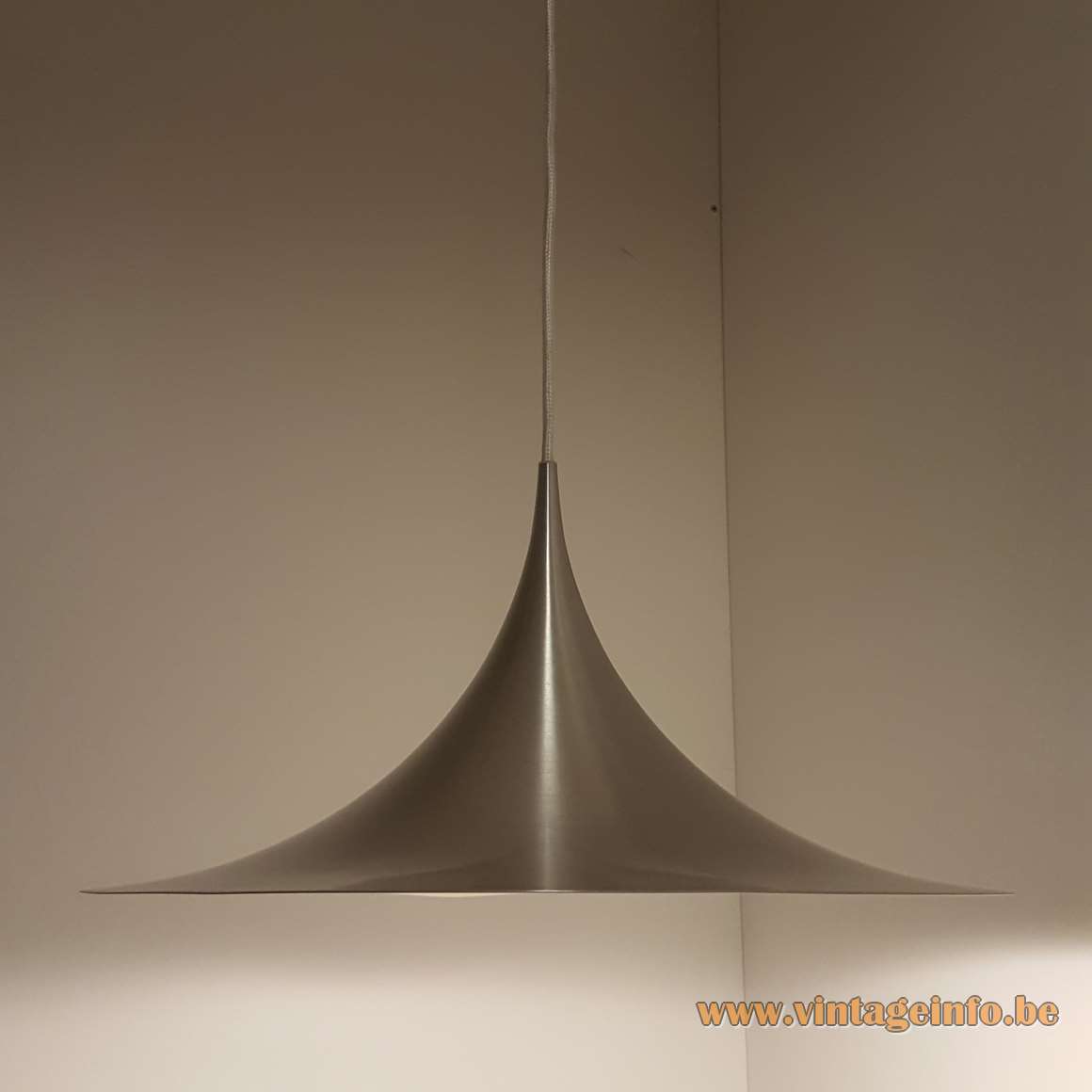 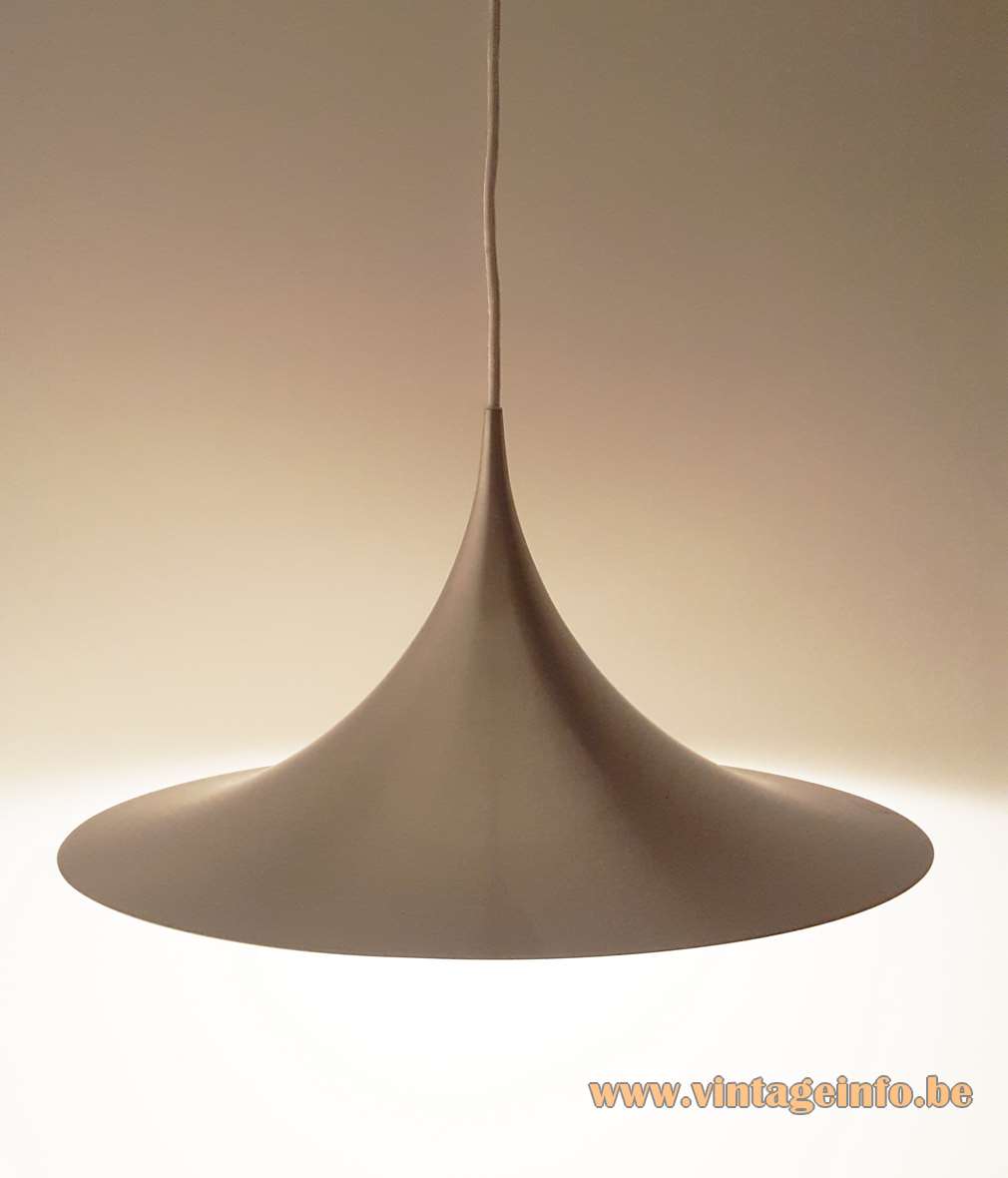 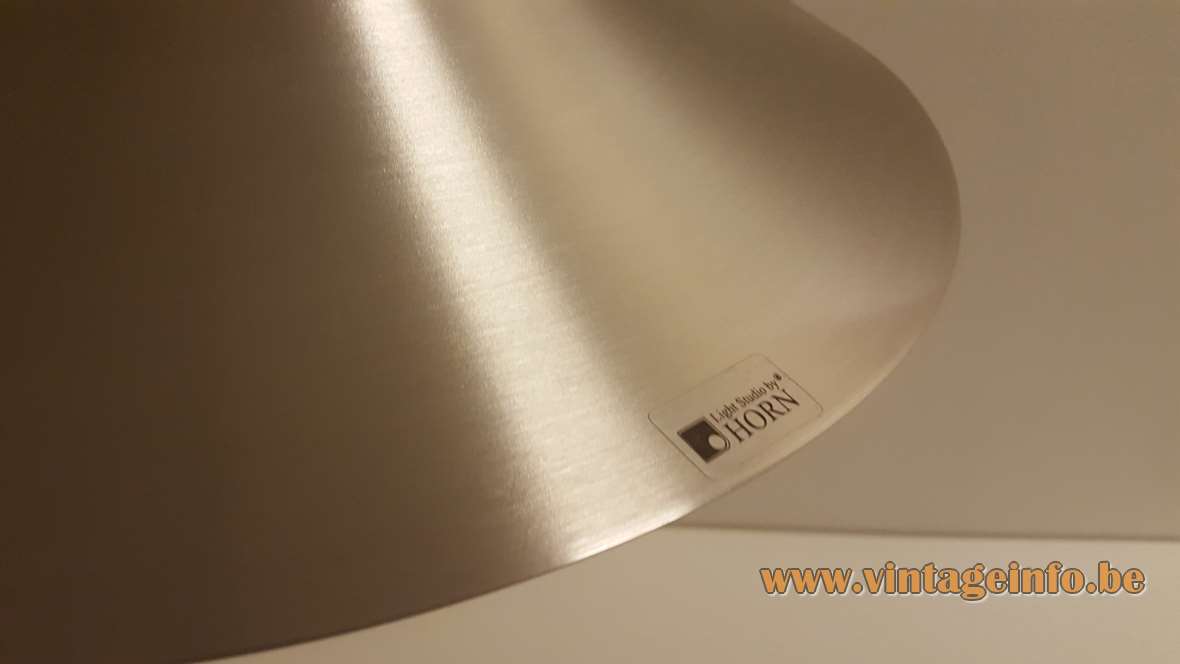 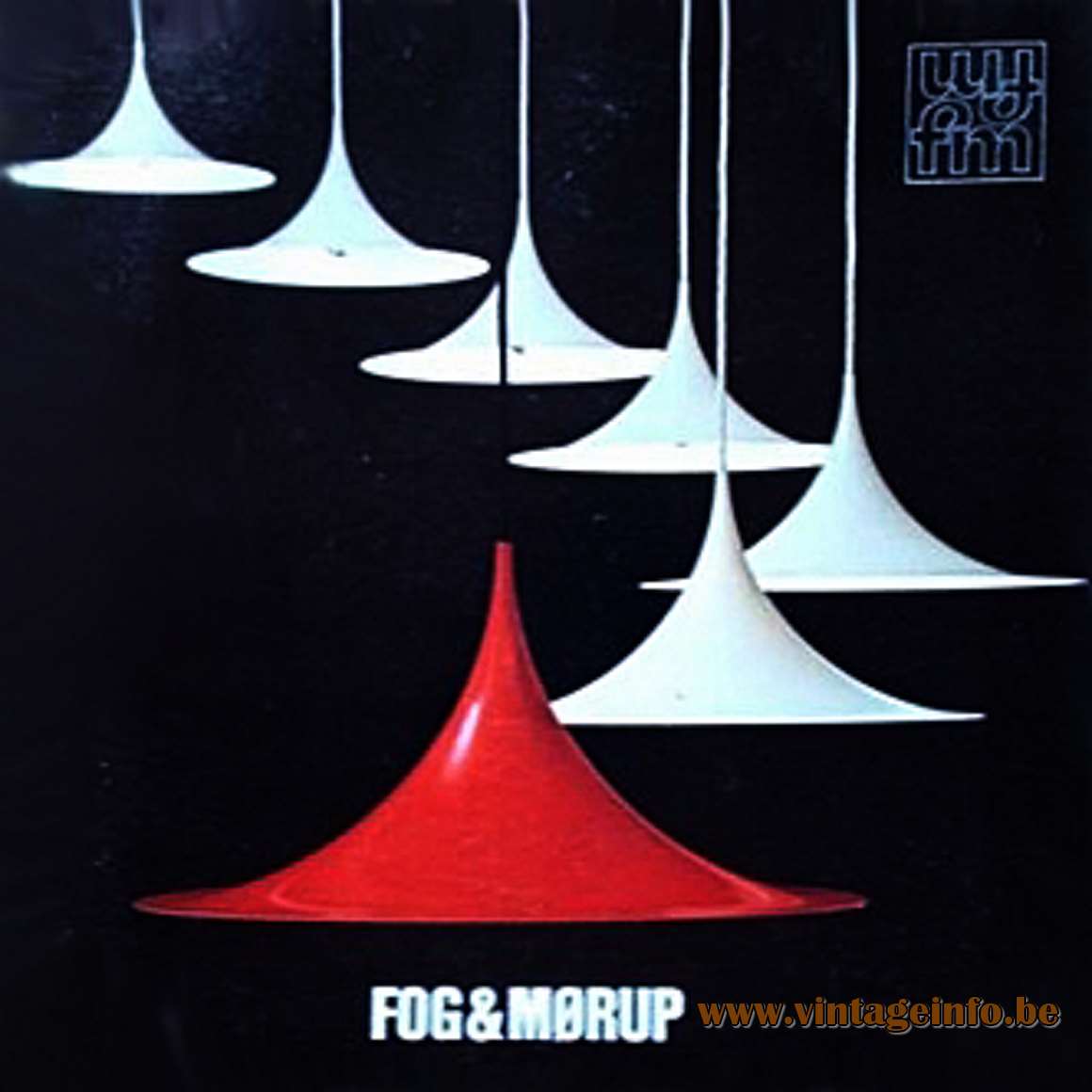 Two Semi pendant lamps were used as a prob in the 2017 crime thriller film All The Money In The World (2017) directed by Ridley Scott staring Michelle Williams, Christopher Plummer and Mark Wahlberg. A movie about the kidnapping in Rome in 1973 of 16-year-old John Paul Getty III, grandson of oil tycoon Jean Paul Getty.

This Semi pendant lamp is a remake of the original. It is made in the 1990s when Horn Belysning bought Lyskær-Lyfa A/S, the company that was the owner of the ABO Randers and Fog & Morup brand.

Horn Belysning was founded in 1952 as a family business and first named E.S. Horn. In 1963 it changed into Horn Belysning – Horn Lighting.

Horn Belysning produced lights for IKEA and several European retail chains. They designed lights but also imported lights from China. In the 1980s Horn Belysning was the second biggest light company in Denmark.

The original Semi lamp from the 1970s in a white version can be found here.

The Semi pendant lamp was used a s a prop in the Danish TV-series Follow the Money from 2016. The original Danish name is Bedrag (deception). It is a financial crime thriller that has run for 2 seasons and it has 20 episodes in total.

Fog & Mørup Semi in the catalogue of 1974 – Danish Lights website